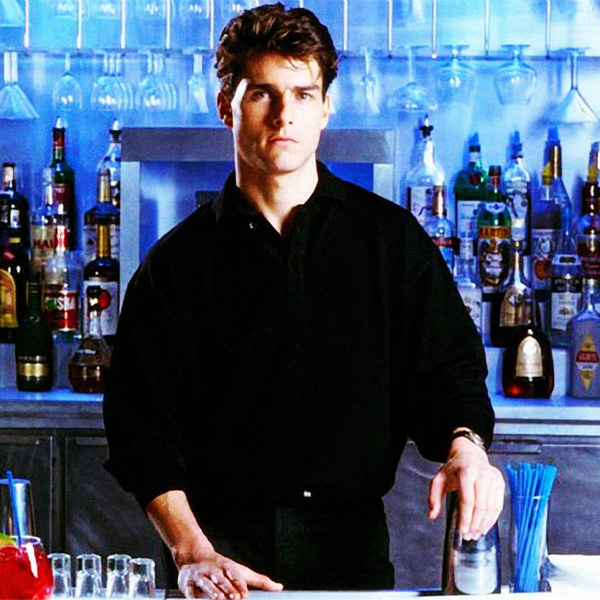 Two years after jetting to superstardom in the smash hit Top Gun, new Hollywood hot-shot Tom Cruise took on the role of another cocky, ambitious young upstart at the head of his game - but this time, the story took place in a very different industry.

1988's Cocktail casts Cruise as Brian Flanagan, an aspiring businessman who moves to New York in search of a high-paying job but meets with nothing but rejection due to his low qualifications. Enrolling in business school, Brian lands a part-time job in a cocktail bar, working under seasoned bartender Doug Coughlin (Bryan Brown); however, the glamour of the bar soon takes over Brian's life, and he and Doug become the kings of the cocktail.

In a daze of alcohol and women, the dream team is soon driven apart by ambition and jealousy. Brian heads off on his own to pursue his dreams in Jamaica; here he meets and falls in love with Jordan (Elisabeth Shue), and this - along with a troubled reunion with Doug - prompts him to re-assess his life.

Directed by Roger Donaldson (No Way Out), Cocktail was written for the screen by Heywood Gould, adapted from Gould's own semi-autobiographical novel detailing his own experiences as a bartender. Bryan Brown called it "one of the very best screenplays I had ever read," noting it was "very dark" and dealt with "the cult of celebrity."

However, when Tom Cruise signed on for the lead (which was not originally intended to be so young a character), heavy rewrites were insisted upon to make the film more audience-friendly. A significant addition was the emphasis on the bartenders throwing and spinning bottles; although this is what Cocktail is best remembered for, it was not part of Gould's original novel or script.

Brown felt the rewrites made Cocktail "a much slighter movie" than what might have been. The critics would seem to agree, as the film attracted almost universally negative reviews. However, audiences felt otherwise, as Cocktail proved a big hit; its global box office haul of $171 million made it one of the top ten hits of 1988.

25 Things You Never Knew About Cocktail