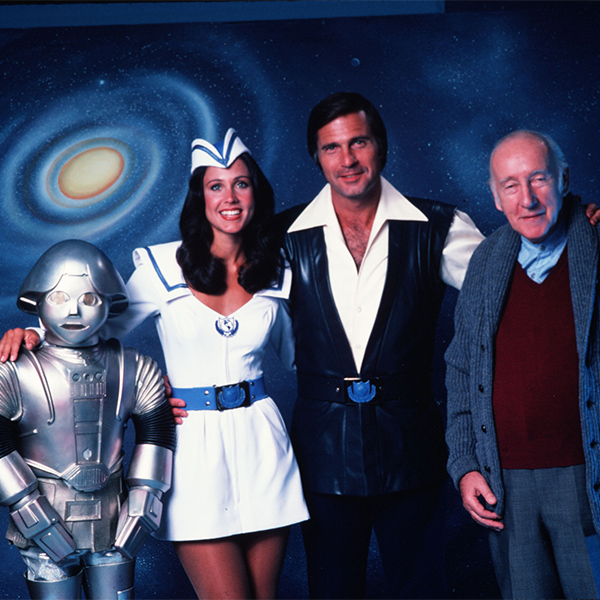 Buck Rogers In The 25th Century

After 1977 sci-fi adventure Star Wars unexpectedly became the biggest movie in history, everyone in Hollywood rushed to follow suit – on the small screen as well as the big. Producer Glen A. Larson, having already masterminded 1978’s acclaimed but short-lived Battlestar Galactica, tried his hand at space opera again the following year. This time, Larson and company drew on an established franchise that pre-dated Star Wars by almost 50 years.

Launched in 1979, Buck Rogers in the 25th Century cast Gil Gerard as Captain William ‘Buck’ Rogers, space-faring pulp hero created in 1928.  This new take on the character saw Buck rocket into space in 1987, but accidentally sent into an extended hyper-sleep. Buck awakens in the year 2491, to find a very different world.

The show played heavily on a culture clash angle, with Buck as a brash and cocky 20th century man very much out of time in the far future. Kids were drawn in by the colourful characters and sets, while older viewers enjoyed the sexual tension, as Buck found himself caught in a love triangle between the villainous Princess Ardala (Pamela Hensley), and his courageous co-pilot Wilma Deering (Erin Gray, whose performance and costumes made her a major sex symbol).

To save money, Buck Rogers in the 25th Century recycled a lot of props and costumes from Battlestar Galactica. Even so, high production costs in the face of low ratings saw the series cancelled in 1981 after 37 episodes.