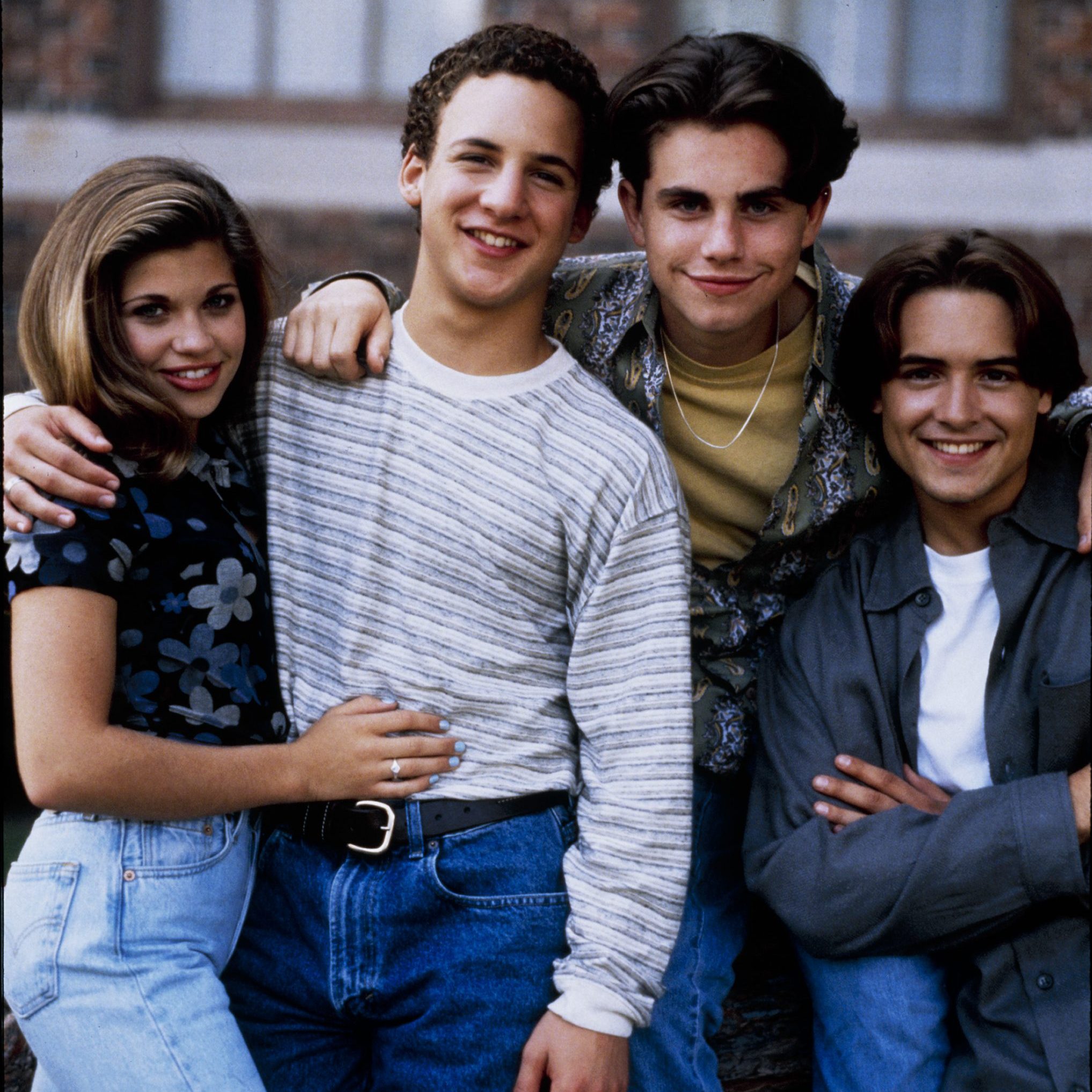 Launched in 1993, Boy Meets World was one of the most beloved school-based teen sitcoms of its era. In the beginning the show was primarily centred on the boy of the title, Cory Matthews (played by Ben Savage, real life younger brother of The Wonder Years star Fred Savage). With time, though, Boy Meets World became a fully fledged ensemble piece with a range of loveable, relatable characters.

Joining Savage's Cory on his misadventures through adolescence were his buddy Shawn (Rider Strong), girlfriend Topanga (Danielle Fishel) and brother Eric (Will Friedle). The cast only got bigger throughout the comedy's seven season run, as we followed the core characters all the way from middle school to college.

While primarily a light-hearted show, Boy Meets World wasn't afraid to touch on sensitive subjects, with storylines addressing underage drinking, child abuse and sexual harassment. Some critics applauded the show for featuring an interracial relationship between Shawn and Trian McGee-Davis' Angela. The show has also gained some notoriety in recent years after season six actress Maitland Ward moved into an adult entertainment career.

Boy Meets World finally called it a day in May 2000, after seven seasons and 158 episodes. The show’s popularity proved enduring enough for it to spawn a direct sequel, Girl Meets World, which centred on Riley (Rowan Blanchard), the daughter of Cory and Topanga. The series ran for five seasons from 2012 to 2017, and saw the return of many cast members from the original Boy Meets World.