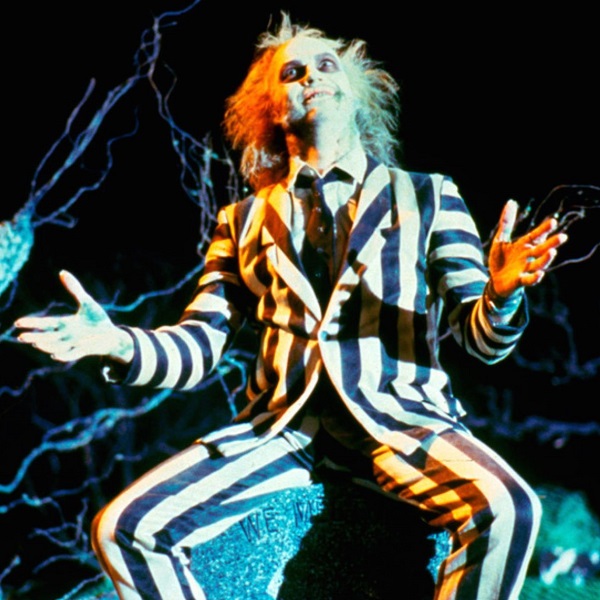 Released in 1988, the plot follows a recently deceased couple (Alec Baldwin and Geena Davis) as they struggle to acclimatise to their new, ghostly status - but when another family moves into their Connecticut home, they reluctantly enlist the demon Betelgeuse to make short work of the house's latest residents.

The original script submitted to Burton was much darker, featuring Beetlejuice as a squat, Middle Eastern man who mutilates and murders the new family's youngest child, but it would be subjected to numerous rewrites by Burton, Larry Wilson and Warren Skaaren, significantly lightening the tone.

One important addition was the leitmotif of Harry Belafonte music while Betelgeuse's antics are taking place, the most memorable being a possessed dance to the Banana Boat Song.

Featuring a variety of practical effects, stylised sets and rambunctious performances, Beetlejuice was both a critical and commercial success, taking $74.2 million on a tight budget of $15 million and ultimately winning the Academy Award for Best Makeup.

Beetlejuice would come to define much of Burton's Gothic-inflected filmography, with the most obvious boon of his collaboration with Keaton being the pair's work on 1989's Batman and its sequel, Batman Returns.

A sequel, under the name Beetlejuice Goes Hawaiian, was proposed in the early 90s; Michael Keaton and Winona Ryder even signed up for the project, providing Burton directed. However, the film was ultimately swallowed up by the resurgent interest in the Batman franchise.

Beetlejuice was adapted into a critically acclaimed stage show, premiering in April 2019. The musical's run was cut short in March 2020, however, due to the 2019-20 coronavirus pandemic.

9 Of Our Favorite Beetlejuice Quotes