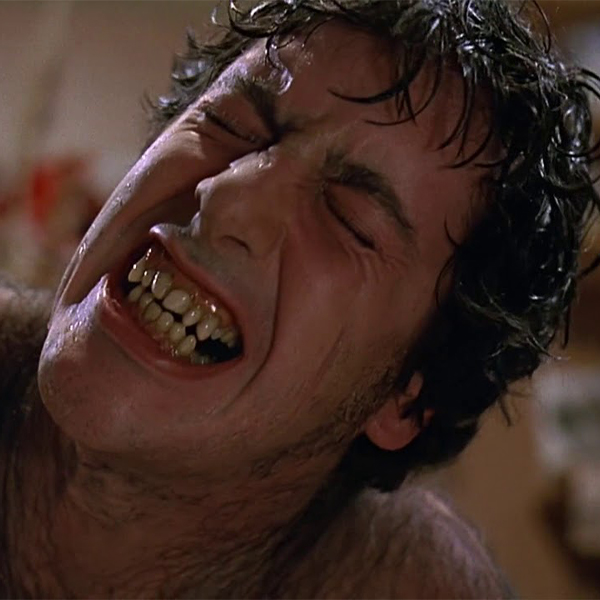 An American Werewolf In London

In the early 80s, director John Landis was famed for his comedy hits Animal House and The Blues Brothers - so when he decided to try his hand at horror with 1981's An American Werewolf in London, no one was quite prepared for the results.

David (David Naughton) and Jack (Griffin Dunne) are Americans back-packing across Britain. Ignoring the advice of locals, the duo cross the Yorkshire moors by night, where a horrifying attack leaves Jack dead and David badly wounded. Waking in a London hospital, David is cared for by nurse Alex (Jenny Agutter) with whom he develops a romantic connection - but he's haunted by horrific nightmares, and visions of his dead friend Jack, warning David that he is about to become the same as the creature that attacked them: a werewolf.

While Landis handles the comedy as skilfully as on his earlier films, the director takes the horror elements entirely seriously. The result is a film that’s just as scary as it is funny, hence An American Werewolf in London is frequently held up (alongside Evil Dead II) as the greatest comedy horror film of all time.

An American Werewolf in London was a true ground-breaker for special effects, thanks to Rick Baker’s still-astonishing werewolf transformation, for which he was awarded the first ever Best Makeup Oscar. The film also had a big fan in Michael Jackson, who enlisted Landis to direct his iconic 1983 music video Thriller, for which Rick Baker again provided the makeup.

These Facts About An American Werewolf In London Are Real Howlers