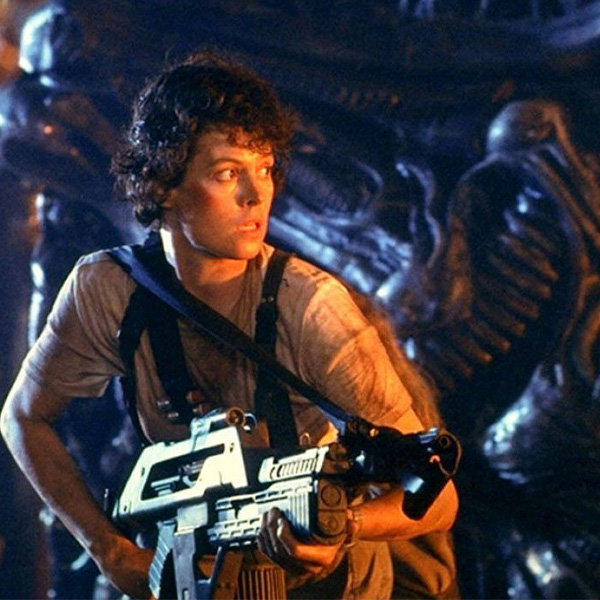 Ridley Scott's 1979 sci-fi horror Alien made a significant impact on the genre film climate, but when James Cameron was tasked with calling the shots on its 1986 follow-up, the result was one of the most distinctive, memorable sequels ever, which really stands apart as a great film in its own right.

We rejoin Alien's sole survivor Ripley (Sigourney Weaver) as she awakens after drifting through space in suspended animation for 57 years. To her horror, LV-426 - the planet on which she and her crew encountered the deadly Xenomorph - has now been colonised. However, when contact with the colony is lost, Ripley is enlisted to serve as an adviser on a rescue mission, alongside a team of Marines.

On reaching the planet, Ripley's worst fears prove correct: the colonists are all dead, and the aliens have taken over. Alongside the Marines, she must now battle to stay alive and wipe out the alien threat, which is even greater than she imagined.

The real masterstroke of Aliens is that, rather than try to match Alien as a horror movie, it goes in a different direction, embracing gun-toting action - hence the tag line, 'this time it's war.' Cameron had already proven his skill as an action director with The Terminator, and Aliens further cements this, with explosive set-pieces aplenty.

Central heroine Ripley really comes into her own here. Weaver commits hard to the role, and landed a Best Actress Oscar nomination for her efforts; a rare accolade for a sci-fi film. However, Aliens is a tremendous ensemble piece all around, with memorable supporting turns from Carrie Henn, Michael Biehn, Paul Reiser, Lance Henriksen, Jenette Goldstein and Bill Paxton.

Two more Alien sequels came in the 90s, followed by the two Alien vs Predator films and Ridley Scott’s prequels Prometheus and Alien: Covenant. However, most would agree the series has never again reached the heights it did with Aliens.