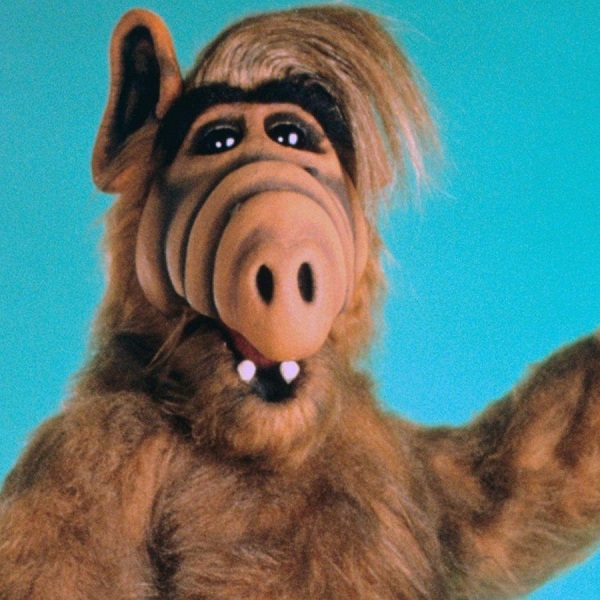 E.T. proved that 80s audiences loved cute little men from outer space, and Mork & Mindy demonstrated that aliens could front a successful TV sitcom. Small wonder, then, that someone thought to create a sitcom centred on a cute little alien with an E.T.-like acronym for a name: ALF (Alien Life Form).

Launched in 1986, ALF centres on the hairy, goofy creature of the title who crash-lands into the home of American family the Tanners. They allow him to secretly stay with them until he gets his spacecraft fixed. However, ALF quickly becomes part of the family, getting involved in the daily troubles that make up a standard sitcom.

Though a largely cute, family-friendly show which made a merchandising icon out of its furry lead, ALF has its oddly dark elements. For one, there’s the fact that ALF is always trying to eat the Tanners’ pet cat. For another, there’s the revelation that he is among the last of his kind, his planet having been destroyed by ecological disaster, which informs the show’s eco-friendly, anti-nuclear ethos.

As fun as ALF may have been for viewers, the cast and crew reportedly found it nightmarish dealing with the time-consuming problems of a puppet lead. For this reason the show wasn’t taped live, and had a laugh track added afterwards.