Super Gran! 10 Facts You Might Not Know About The Children’s TV Classic

Long before comic book characters dominated film and TV, there was only one superheroine that kids wanted to see: Super Gran! Launched in 1985, the Children’s ITV series proved a smash hit with youngsters, not only in Britain but around the world too. Who wouldn’t have loved to see their own granny hit by a magic ray that gave her superhuman strength, speed and more besides?

Let’s look back at this fondly remembered 80s TV show with some facts about Super Gran which you might not have known.

10. It was based on a series of books 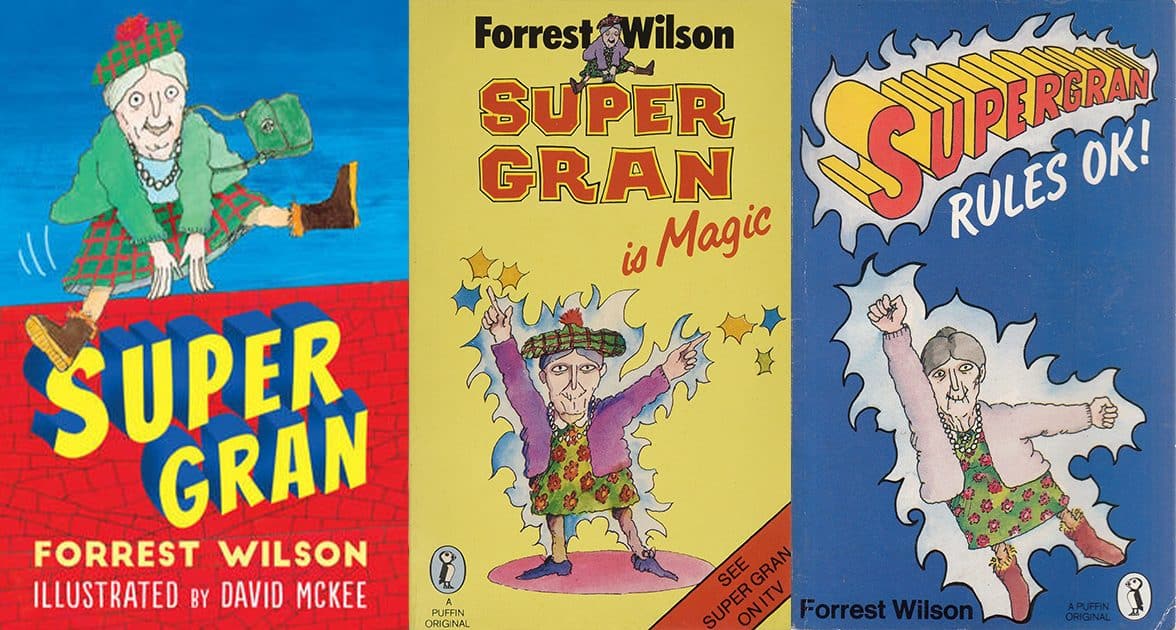 Before it became a hit on TV, Super Gran started life as a 1978 book by author Forrest Wilson. After this proved popular, Wilson went on to write several more novels featuring the character including Super Gran Superstar, Super Gran Rules O.K.! and Super Gran in Orbit. Many of these were illustrated by David McKee, celebrated artist behind Mr. Benn, King Rollo and Elmer.

9. Only 27 episodes were ever made 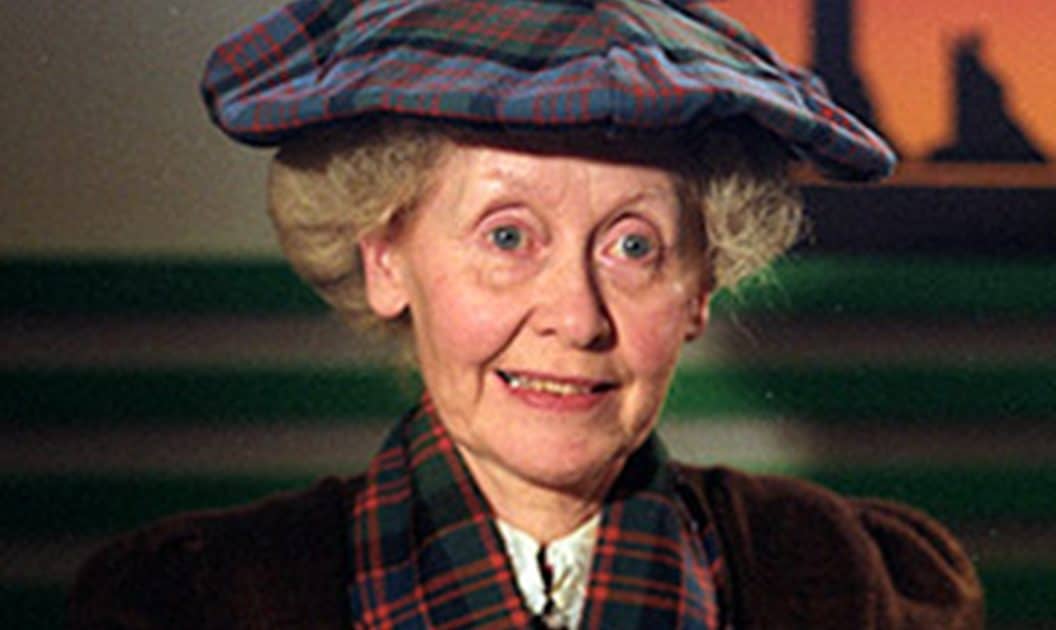 Seeing the televisual potential of Wilson’s literary creation, Tyne Tees Television adapted the books to the screen. Super Gran aired on Children’s ITV from 1985 to 1987, producing two seasons of 13 episodes each as well as a one-off Christmas special. The show proved hard work, the second season reportedly taking nine months to shoot, with the cast and crew working ten-hour days.

8. It was an international hit, with fans in China and Cuba 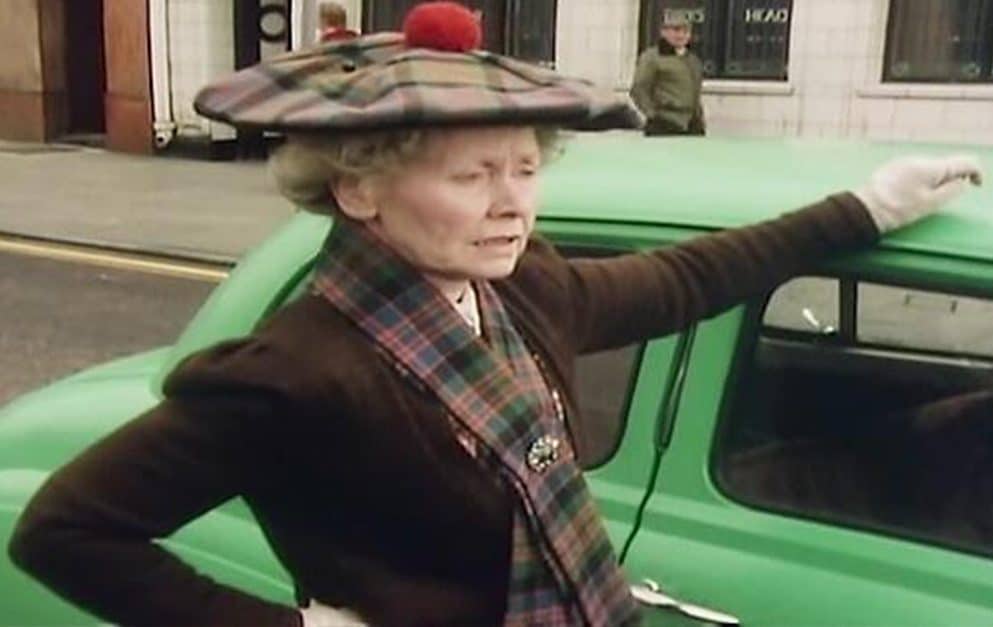 You might not have thought there would be much overseas interest in a low budget children’s comedy adventure about a geriatric superheroine set in a fictitious town in Northern Britain. However, Super Gran was sold to over 60 countries worldwide, and it proved enormously popular in places you wouldn’t expect such as Cuba and China.

7. Actress Gudrun Ure did most of the stunts herself 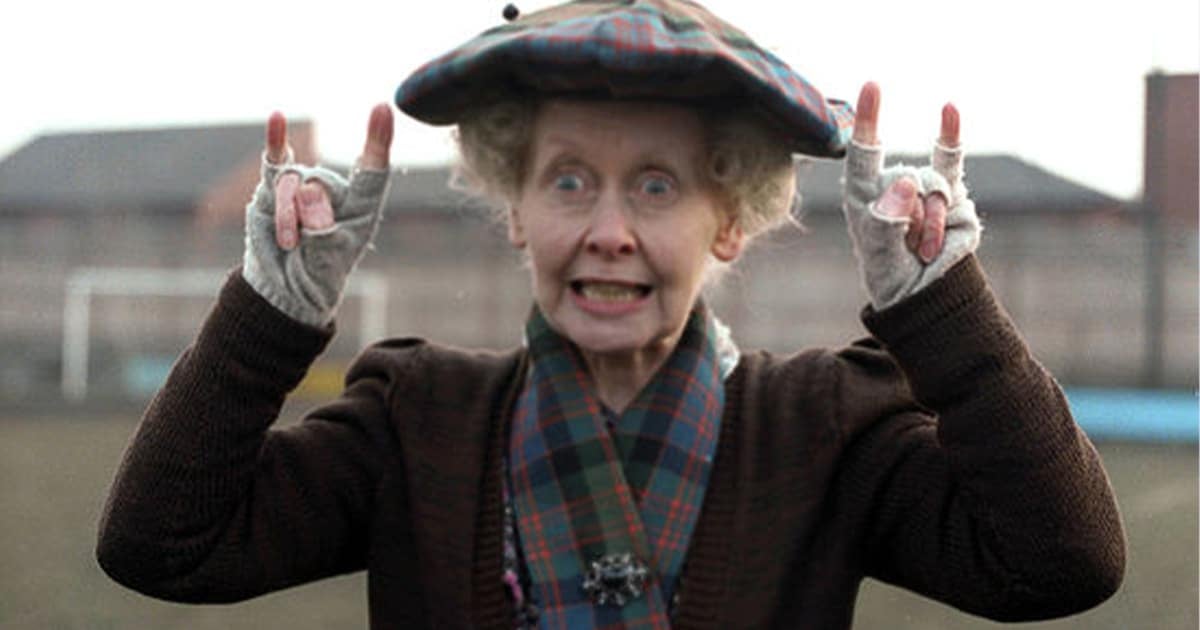 Scottish actress Gudrun Ure was 59 years old when she was cast in the title role of Super Gran, and it remains the role she is best known for. While she did have a stunt double on the series, it was such a low budget production and Ure herself was such a trooper that she wound up doing the bulk of the stunts herself.

6. The actor who played Scunner Campbell was also in The Railway Children 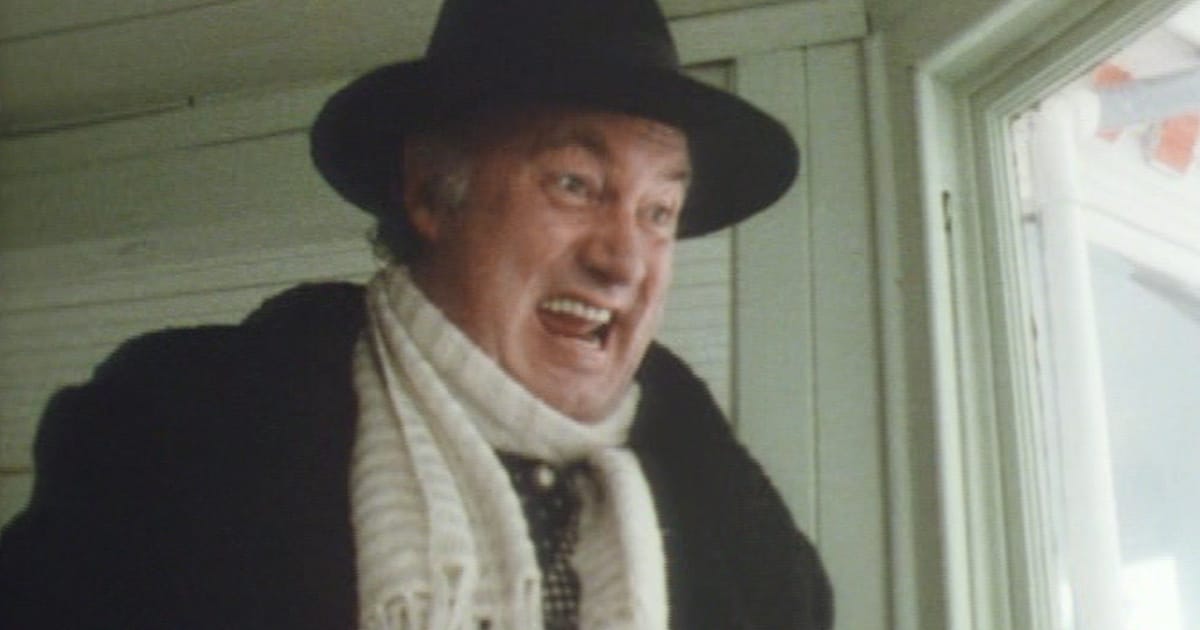 The bad guy Scunner Campbell was played by Iain Cuthbertson. Cuthbertson was a hugely accomplished actor with many credits for stage and screen to his name. He appeared in 1970’s The Railway Children as Charles Waterbury, and he also starred in Gorillas in the Mist in 1988. Cuthbertson sadly passed away in 2009 at the age of seventy nine years old.

5. The series had a slew of famous guest stars including George Best and Spike Milligan 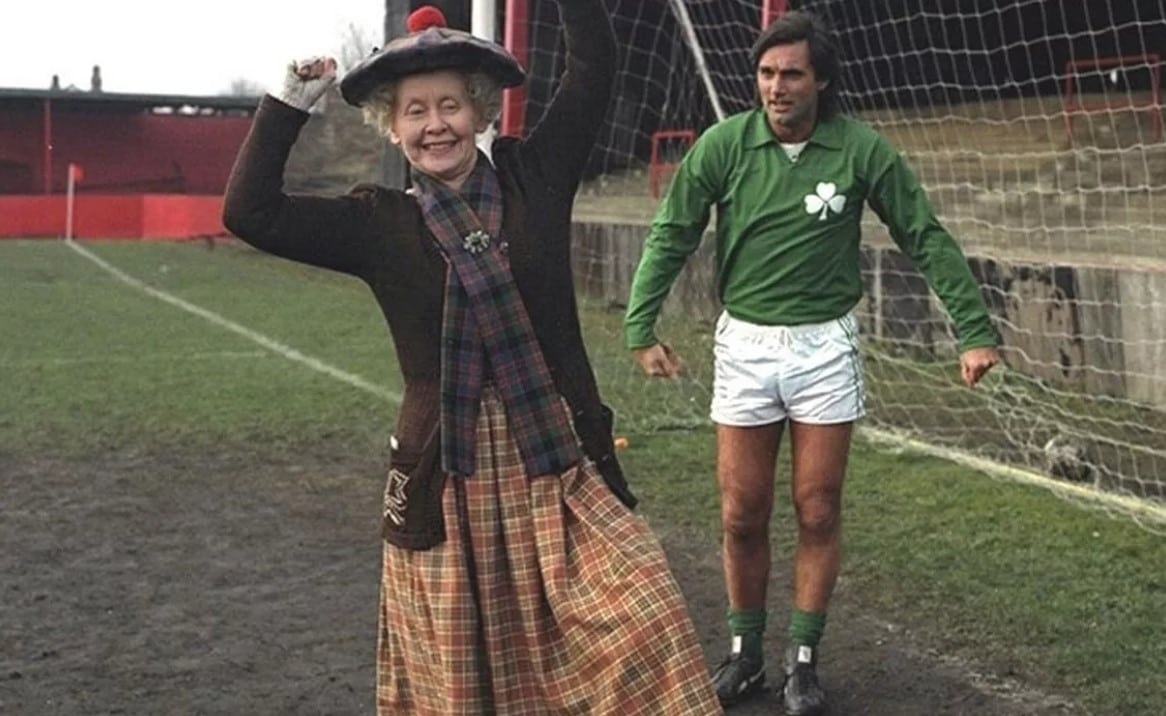 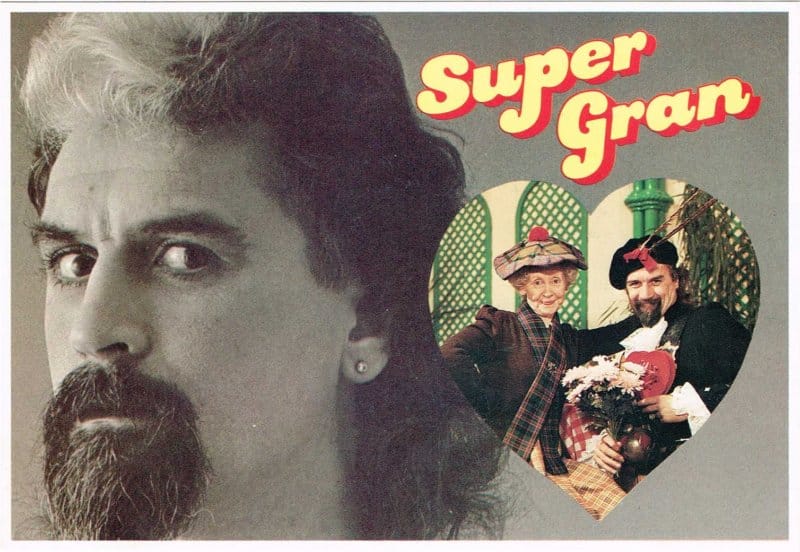 In common with a lot of 80s TV hits, the main thing a lot of younger viewers remember about Super Gran was its catchy theme song. However, you might not have known that it was performed by none other than celebrated stand-up comedian (and one-time Super Gran guest star) Billy Connolly. He released it as a single in March 1985, and it reached number 32.

3. A third season was planned, but scrapped due to lack of money 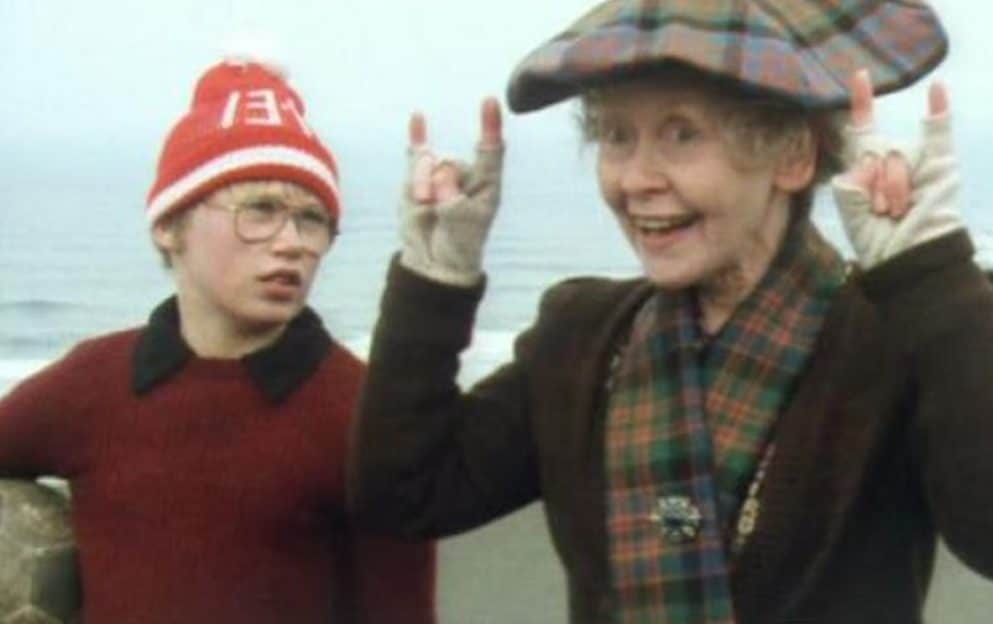 Considering how popular Super Gran became, viewers expected the series to continue. So did the producers, who had already started writing and storyboarding new episodes for a third season. Unfortunately, Tyne Tees Television wound up pulling the plug, as the small production company decided to divert its limited funding into producing TV gameshows. 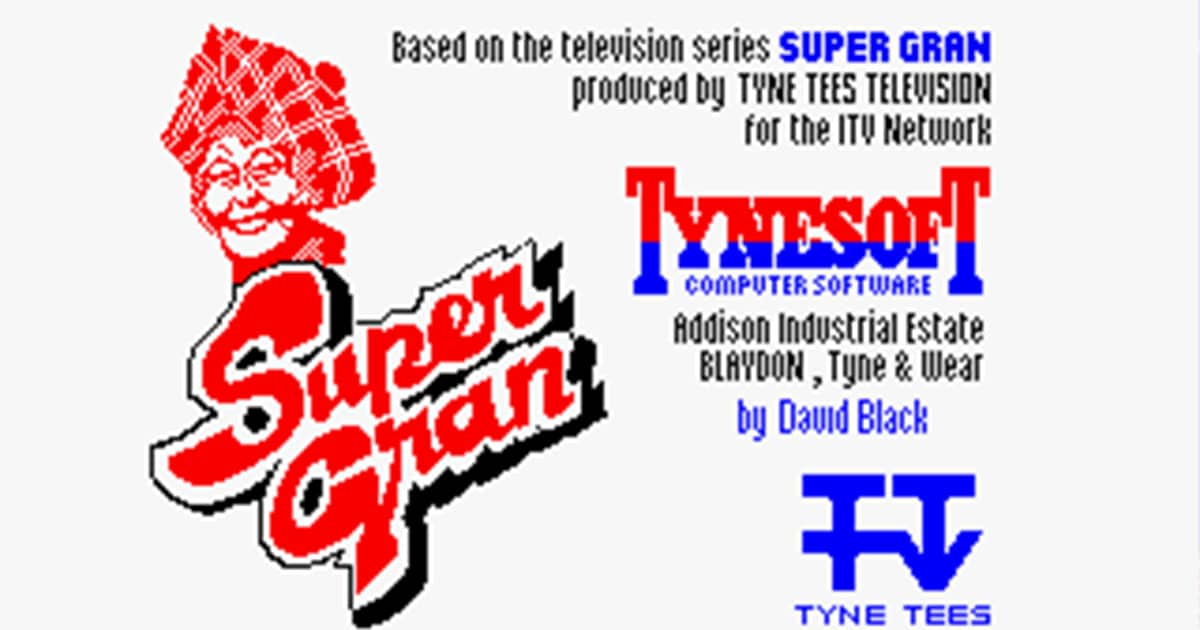 1985 saw the release of two tie-in computer games: Super Gran: The Adventure, was a text-based adventure game, and Super Gran, a side-view action game released for the Amstrad CPC, Sinclair ZX Spectrum and Commodore 64. Both games were pretty primitive, and it doesn’t seem likely that they would appeal much to today’s young gamers.

1. There were plans for a Super Gran movie 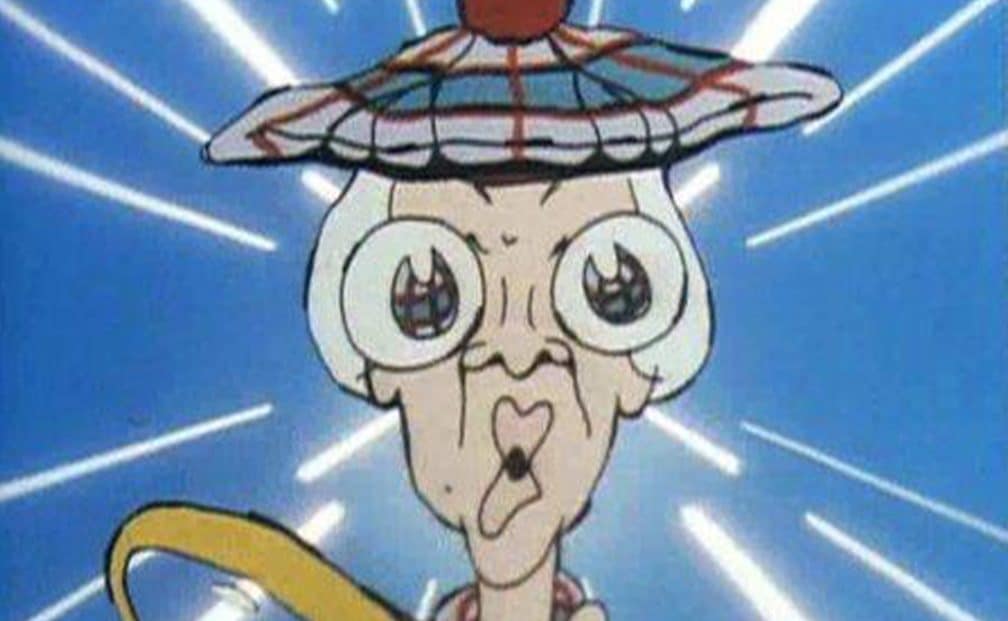 Such was the popularity of Super Gran in its heyday, there had at one point been hopes of taking the character to the big screen. Reportedly, one story idea would have moved the action to Spain, with Super Gran trying to stop Scunner Campbell’s dastardly plans to control ‘the world trade market.’ Unfortunately this never got beyond the planning stages, and it is not believed a script was ever written.