Despite starring in a number of different films and TV shows and successfully trying his hand at directing, producing and writing, Henry Winkler will always be remembered for playing Arthur ‘Fonzie’ Fonzarelli in the classic 70s and 80s US sitcom Happy Days.

So “butter my potatoes gramps,” look in the mirror whilst saying “ayyyyy” and definitely don’t jump the shark, as you enjoy the following 10 super cool facts about the legend that is Henry Franklin Winkler.

10. His parents were German Jews who left Berlin just before the start of World War II 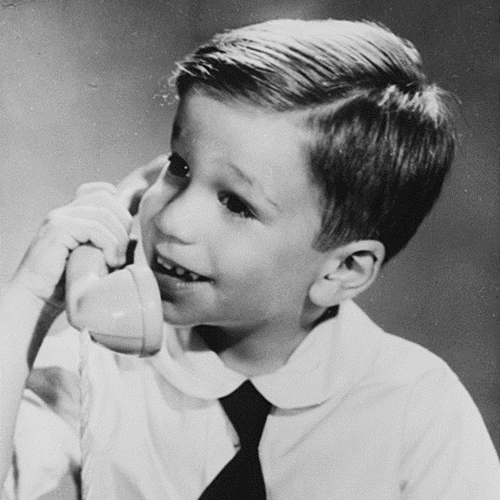 Henry Winkler’s parents, Harry and Anna, were German Jews who emigrated from Berlin to the US just before the start of World War II, with his father smuggling their family jewels out of the country by hiding them in a box of chocolates.

Winkler was born in Manhattan, New York City on 30th October 1945, which believe it or not means that ‘the Fonz’ is now 75 years of age.

9. He struggled at school due to his undiagnosed dyslexia 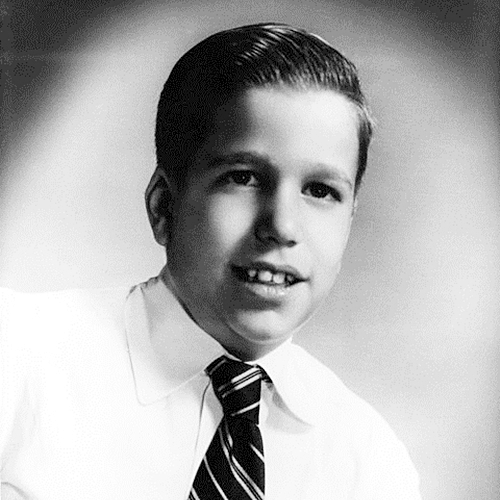 Winkler struggled academically and emotionally at school due to his dyslexia, which was not diagnosed until he was 31 years old.

The star, who suffered from anxiety as a youngster, has revealed that he was treated as “slow, stupid and not living up to his potential,” and he did not graduate with the rest of his high school class.

8. He was often punished by his father for being “a dumb dog” 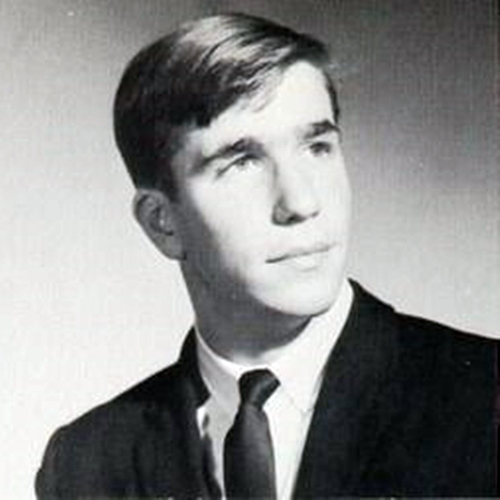 Winkler’s difficulties at school meant that he had a strained relationship with his parents, especially his father, who was a gifted mathematician and could speak 11 different languages.

His father did not understand why his son was struggling so much, and would often punish him and refer to him as “a dumb dog.”

7. He knew as a child that he wanted to be an actor 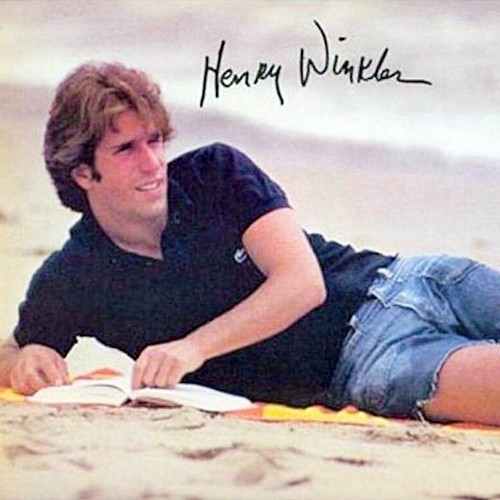 Despite his academic struggles, Winkler excelled when he began to study acting, a career he had known he wanted to pursue since he was a young child.

Winkler received a BA from Emerson College and an MFA from the Yale School of Drama before he started his acting career by appearing on the stage and in a number of TV commercials.

6. Fonzie is the complete opposite of Winkler 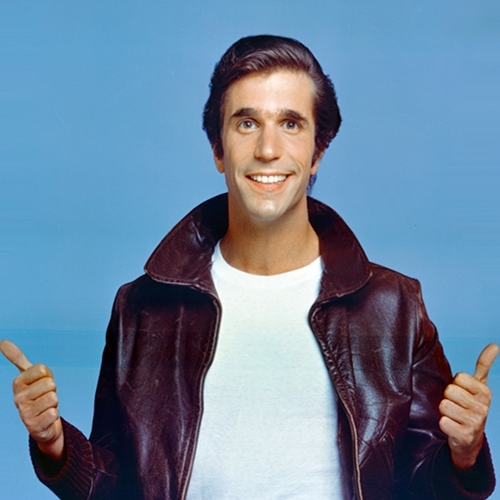 5. He was unable to read the six lines he was given at his Happy Days audition 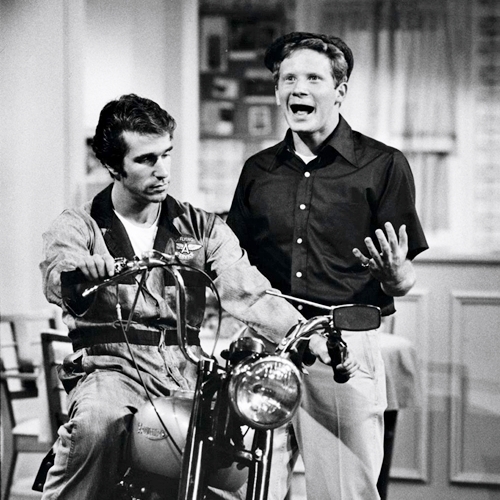 Winkler’s undiagnosed dyslexia meant that he couldn’t even read the six lines he was given to perform at his Happy Days audition.

The star instead improvised the lines, responding to concerns aired by the people auditioning him by claiming that he was “giving [them] the essence of the character, and if I get the part I’ll do it verbatim.”

4. He is partly responsible for coining the phrase ‘jumping the shark’ 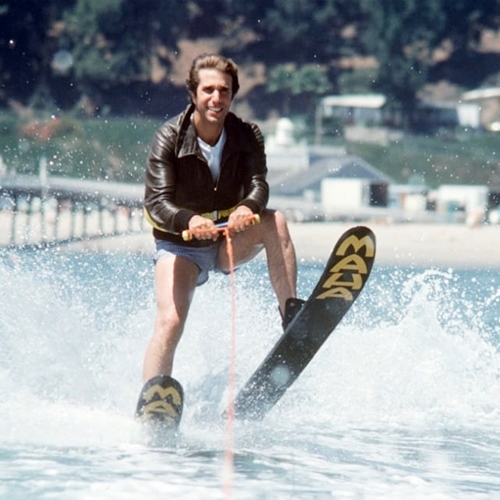 A particularly over the top moment from a fifth season episode of Happy Days coined the phrase ‘jumping the shark,’ after the character Fonzie did indeed jump a shark whilst water-skiing.

Jumping the shark refers to ‘a moment when something that was once widely popular, but has since grown less popular, makes a misguided attempt at generating publicity that instead only serves to highlight its irrelevance.’ 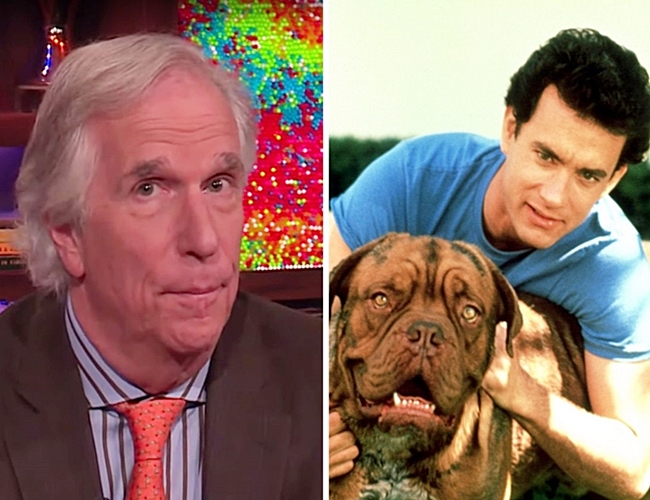 Winkler has tried his hand at directing, calling the shots on the films A Smoky Mountain Christmas, Memories of Me and Cop and a Half.

However, “creative differences” led to him being fired from the set of the 1989 Tom Hanks buddy cop film Turner & Hooch only 13 days into its production.

2. He has two Golden Globe Awards 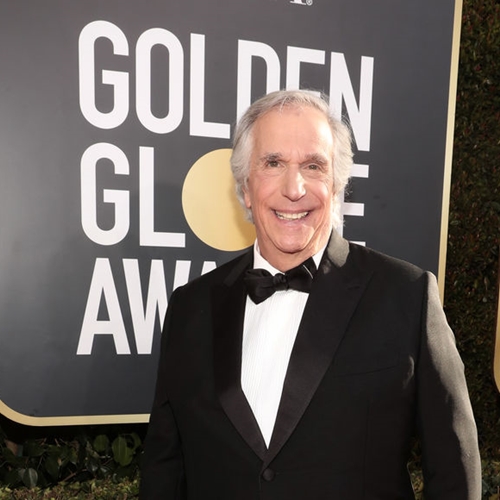 1. Despite his dyslexia, he has co-authored 19 books to date 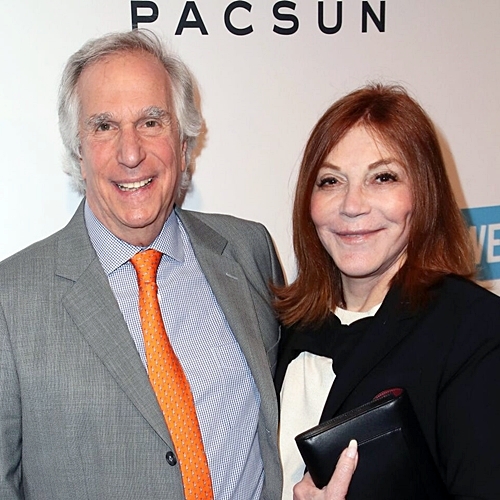 Winkler’s dyslexia hasn’t stopped him from becoming a successful author who has collaborated with Lin Oliver on a series of children’s books about a schoolboy called Hank Zipzer.

Winkler has been married to Stacey Weitzman since 1978, with whom he has two children called Max and Zoe.