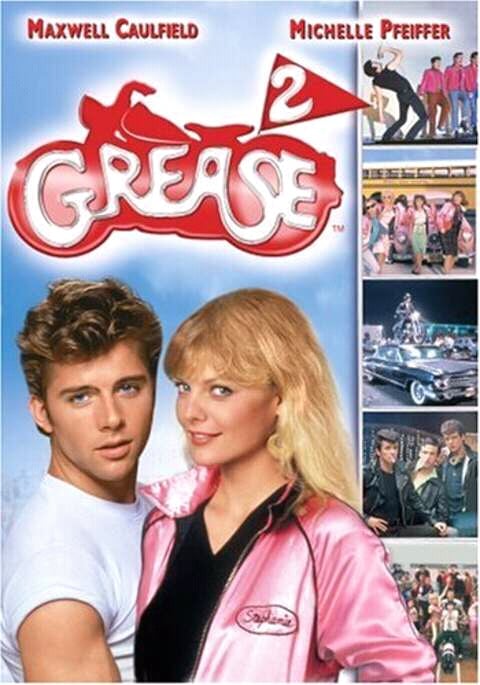 A star of the 80’s film, Grease 2, was recently diagnosed with a brain tumour. Lorna Luft, who played Paulette Rebchuck, is a singer, and a television, stage, and film actress, she collapsed backstage, after a recent concert in London and was immediately rushed to hospital. 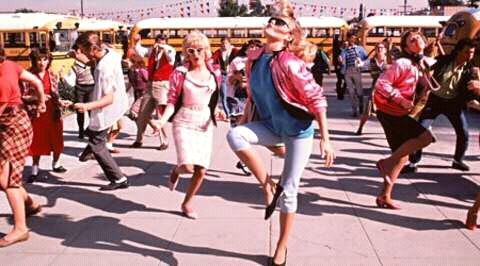 The original film, Grease, from 1978, was a phenomenon of a successful film, which is loved by generation after generation, a classic. It starred Olivia Newton John and John Travolta, as Sandy and Danny. Following its success, four years later came its sequel, Grease 2.

Grease 2 did not follow up to the huge success of Grease, it would be tough for any sequel to compete with! How could you possibly beat the first film?! However if you look at it as a separate film, don’t compare it to the first, then its certainly worth viewing! With singing and dancing galore!

Grease 2, a musical, romantic, comedy. Directed by Patricia Birch. Released June 1982. The film takes place two years after the original film, at Rydell High School, school year 1961 – 1962. Which starred an unknown, 23 year old actress called, Michelle Pfeiffer! On the films opening weekend it went in at number 5, not bad considering how high the competition was! The film was behind ET, Star Trek II, Rocky III, and Poltergeist. 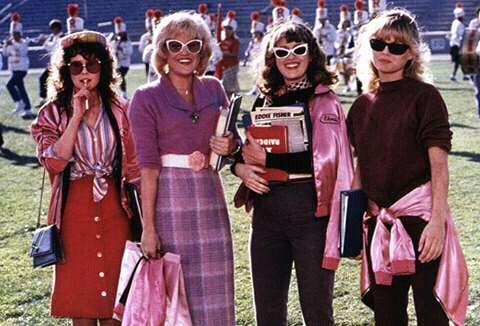 Michelle Pfeiffer plays student Stephanie Zinone, who is the leader of a group of ladies called, the Pink Ladies. Stephanie is tired of her relationship with the leader of the boys, the top member of the T-Birds, Johnny Nogerelli (Adrian Zmed). So she breaks up with him.

The school new boy, English exchange student, Michael Carrington (Maxwell Caulfield) soon takes a fancy to Stephanie, he tries to win her over, even though jealous Johnny takes this very badly indeed.

A fellow member of the Pink Ladies was Lorna Luft. Lorna played the part of Paulette Rebchuck. 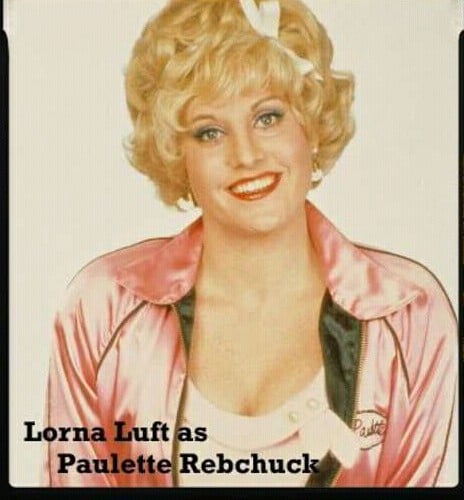 Lorna Luft, daughter of Hollywood legend, Judy Garland, and film producer, Sid Luft. Lorna was born on 21st November 1952. Her older half sister is Liza Minnelli, and she has a younger brother, Joey. 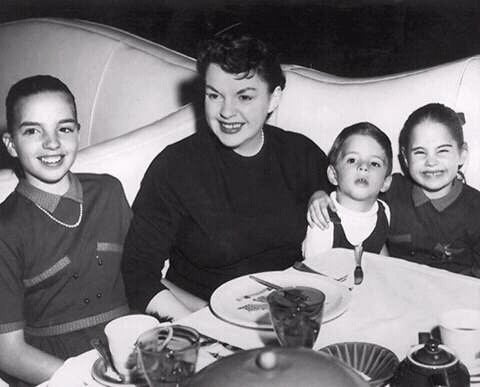 Lorna made her singing debut, as a child, on her Mother’s TV programme, The Judy Garland Show.

Lorna was married to musician, Jake Hooker. They had two children, Jesse and Vanessa. Though the marriage was not successful due to Hooker’s heavy drinking, he was an alcoholic. Lorna remarried English, Musical Director, Colin Freeman, in 1996, and they have been happily married ever since. 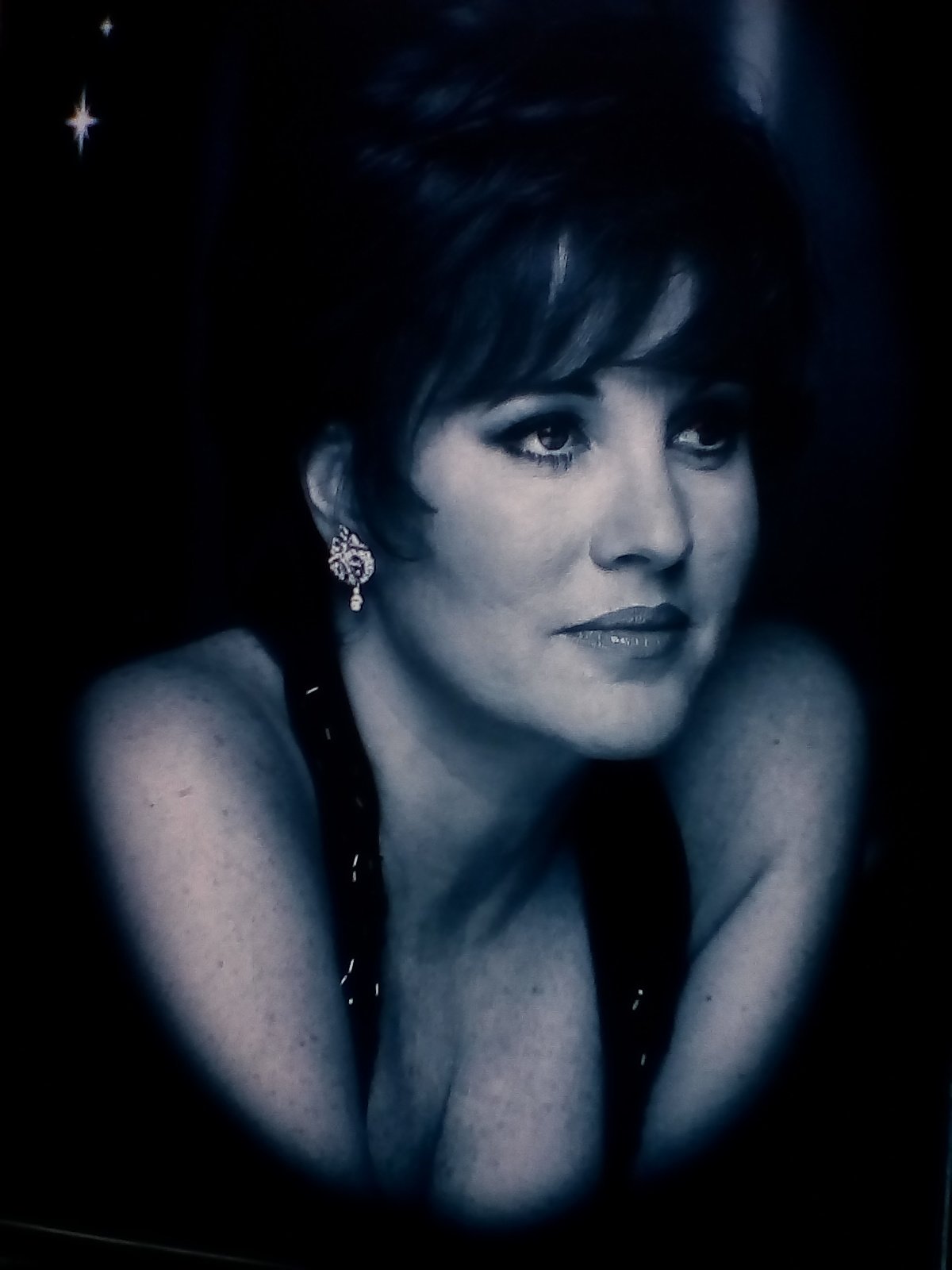 On Friday 9th March this year Lorna Luft was performing at London’s, Pizza Express, Jazz Club. Whilst there her husband, Colin, felt something was not right as Lorna forgot some of the lyrics here and there. Colin was right to be concerned as after her performance, backstage, Lorna collapsed, she was immediately rushed to hospital.

Sixty five year old Lorna is in remission from breast cancer, and she was also due to do two more London concerts. The outcome for Lorna was unknown. She had battled breast cancer, now she was facing more ill health. 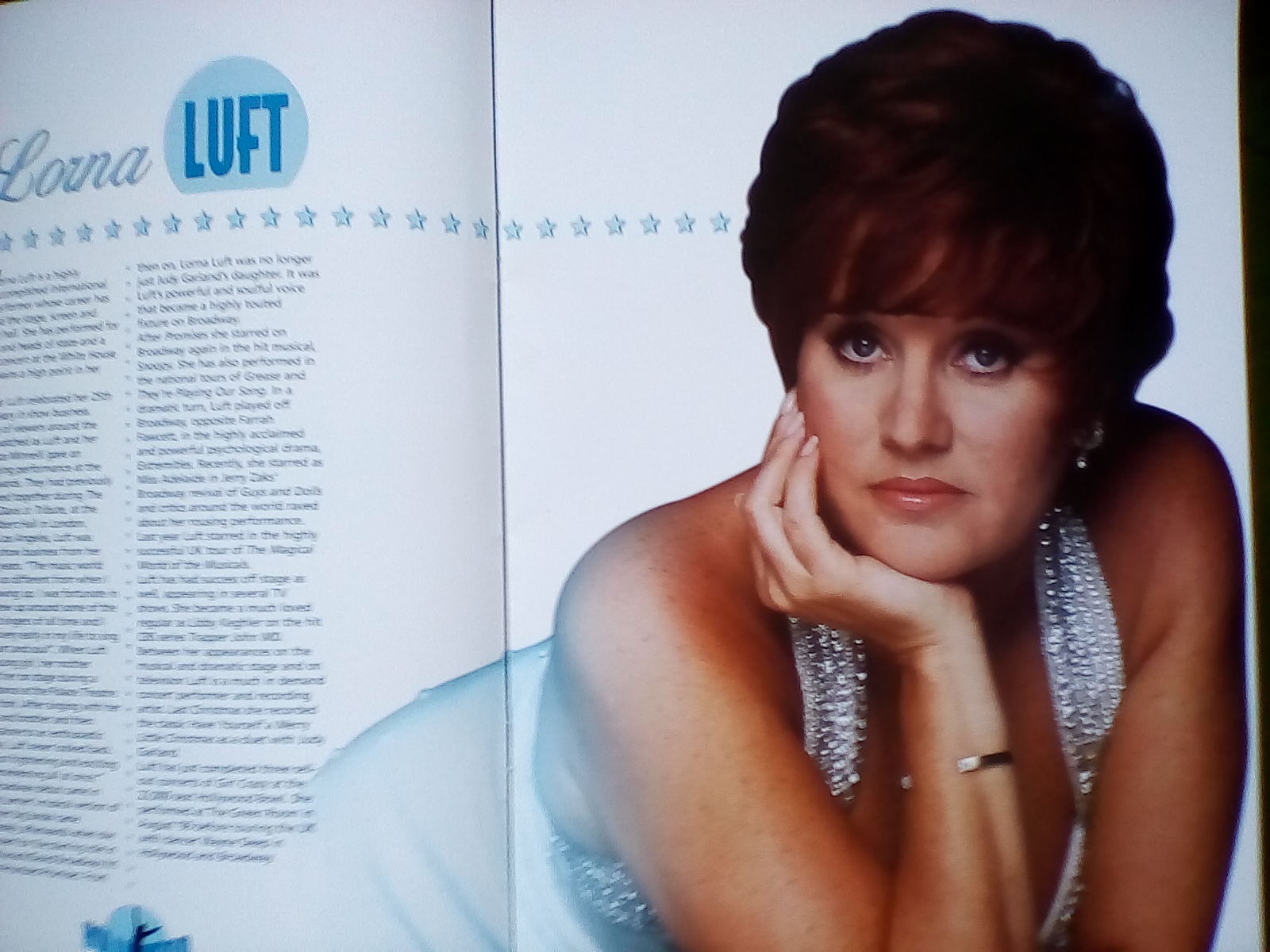 March 11th 2018, it was announced that Lorna had a brain tumour.

Happy news arrived and it was reported on March 23rd, that Lorna’s surgery in a Los Angeles hospital to remove the tumour had been successful.

April 2nd even more good news, Lorna was recovering well, she was getting stronger everyday. This strong lady was pulling through well. Big sighs of relief were taken everywhere! Lorna was thankfully going to be okay, she was on the road back to good health. 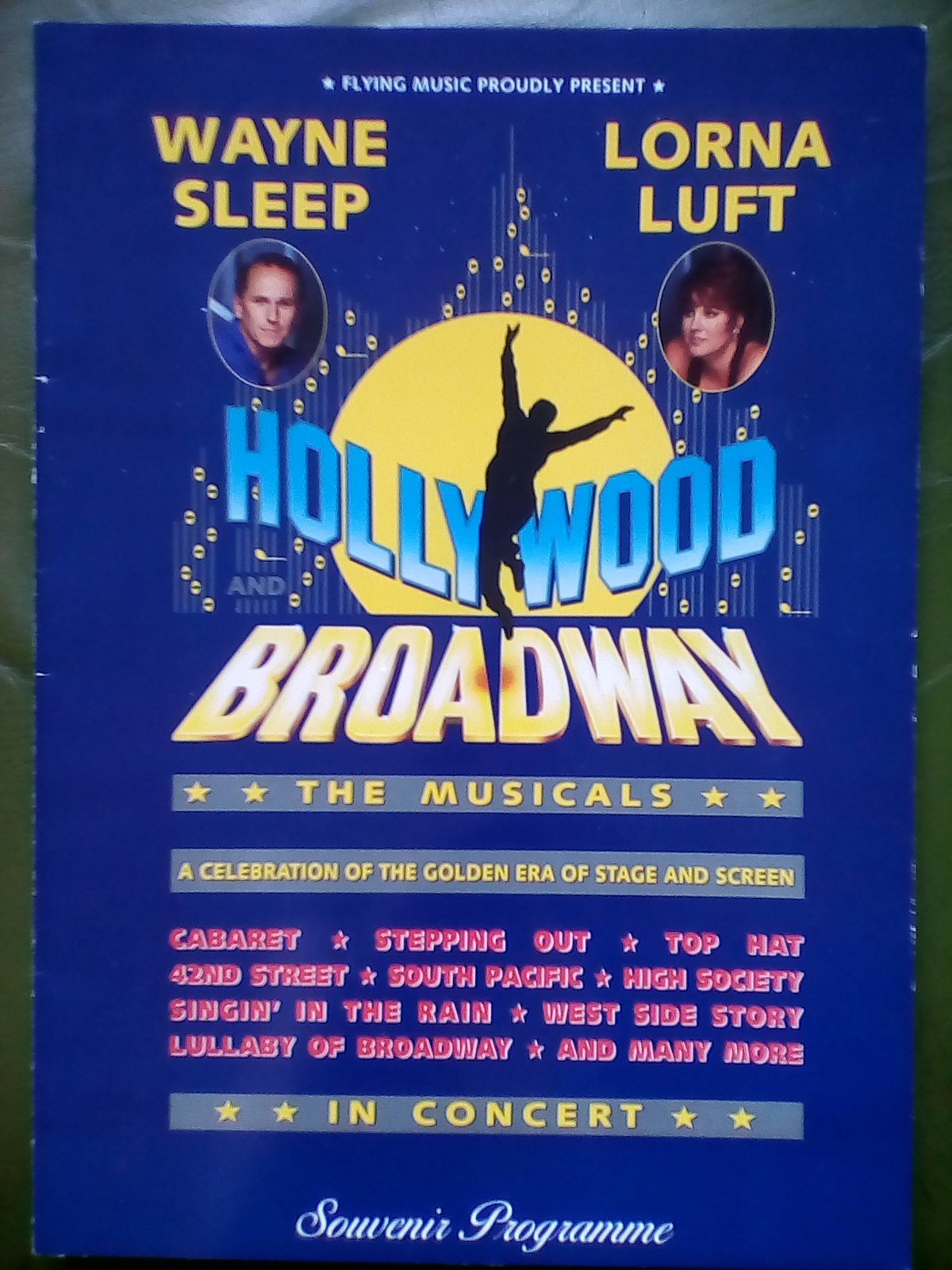 I have seen Lorna Luft perform live. It was in the Hollywood And Broadway – The Musicals Tour. Which co-starred Wayne Sleep. I saw the show at Leicester’s DeMontfort Hall. It was in the Spring of 1997. To a full house.

Lorna’s voice is absolutely incredible, a strong power house of a voice. I got goosebumps many times during her singing, especially with the song, Everything’s Coming Up Roses, from the musical, Gypsy. Lorna stood on stage, dressed in a stunningly beautiful red evening dress, and belted out that song. It was pure magic!

Lorna certainly inherited her Mother’s singing voice, the talent which Lorna has is a gift. You wouldn’t be able to learn to sing like that, to that level of talent, you either have it or you don’t. Lorna has it in bucket loads! Yes, she has a very famous Mother, but she’s super talented in her own right. 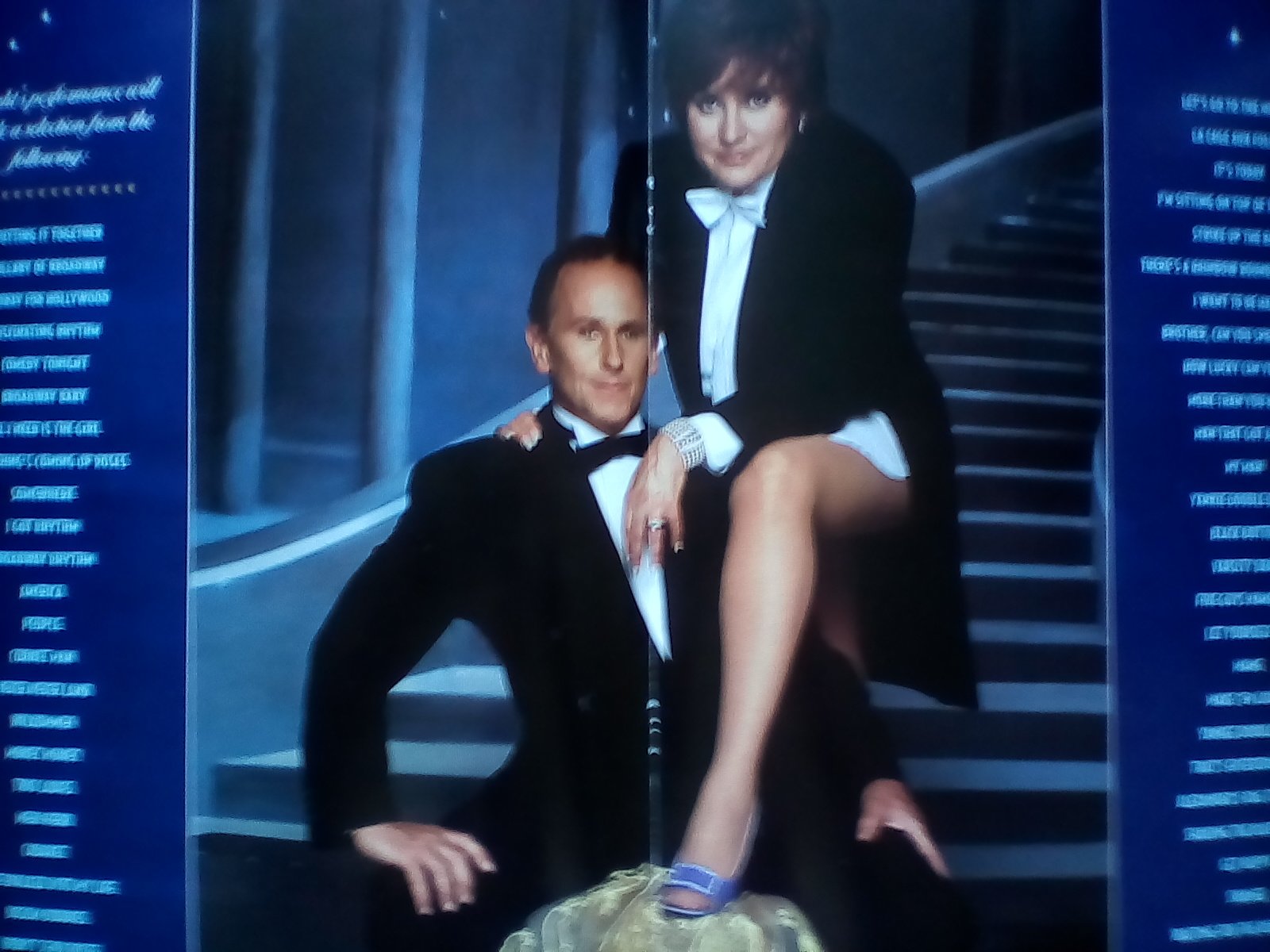 Lorna has performed to royalty, heads of state, she has even done a special concert at the White House. She has been in show business for over forty five years.

Her Broadway debut was in a musical version of Lolita. Lorna’s big break came immediately after Lolita, when she was chosen for the leading role in the hit musical, Promises Promises, on Broadway.

Her CV is that of one truly accomplished international performer. Playing stage, screen, concert hall. Lorna has appeared on Broadway many times, her performances include, the Snoopy musical. Guys and Dolls, as Miss Adelaide. She’s also performed in Girl Crazy at the 22,000 seat Hollywood Bowl.

Lorna has also done a national tour of Grease. A musical which Lorna loves. When she first found out the sequel to the film Grease was being made she jumped at the chance to bag herself a role in the film! She just wanted it so badly, she even went on a strict diet, to fit into the roles tight trousers! Lorna successfully auditioned, the role of Paulette was all hers. Lorna was the last cast member to be cast. 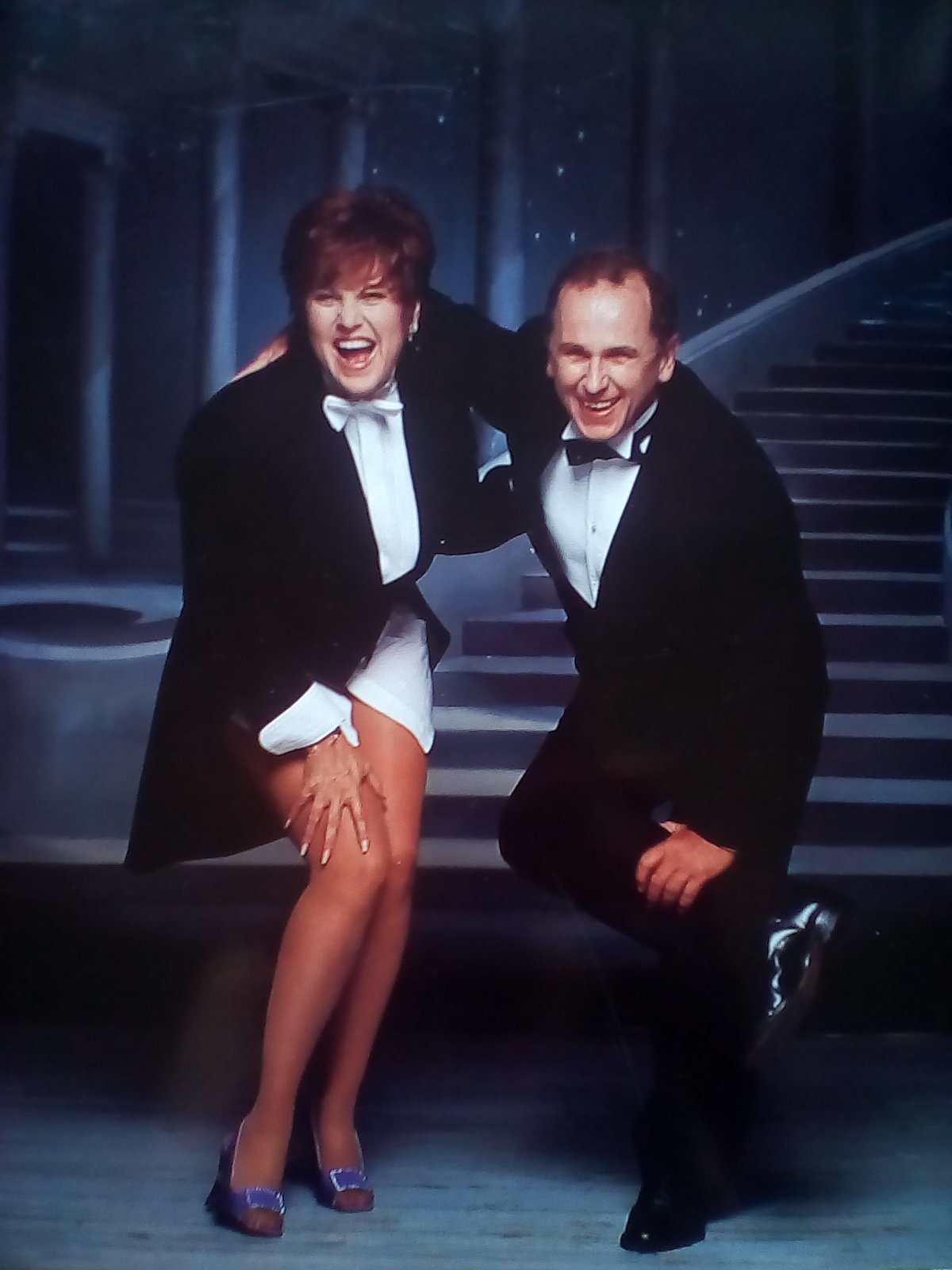 Lorna loved her time working on Grease 2, saying although it was a lot of hard work, it was also a lot of fun! She especially enjoyed the scenes at the bowling alley. Lorna says her favourite costume in the film was the ‘Girl for all Seasons’ outfit.

Lorna Luft is an absolute joy to watch in the 80’s film Grease 2. After that she was no longer known as Liza Minnelli’s sister or as Judy Garlands ‘other’ daughter. She had proved she had just as much talent, if not more, as as Judy Garland once said, “Lorna has more talent than all of us put together”.

Here’s to wishing Lorna Luft good health for her future, and let’s hope she’ll be singing and entertaining us all again soon.