As far as we’re concerned, it’s always Halloween, and there’s always an excuse to be found to stay in and binge-watch something spooky. While for some people, movies like The Blair Witch Project or The Texas Chain Saw Massacre are a bit too much to handle, there are still plenty of options out there if you’re looking to watch something scary that won’t leave you sleeping with the light on for weeks.

These ten creepy ‘toons show off the spookiness that animation can achieve without also leaving you quaking with fear. 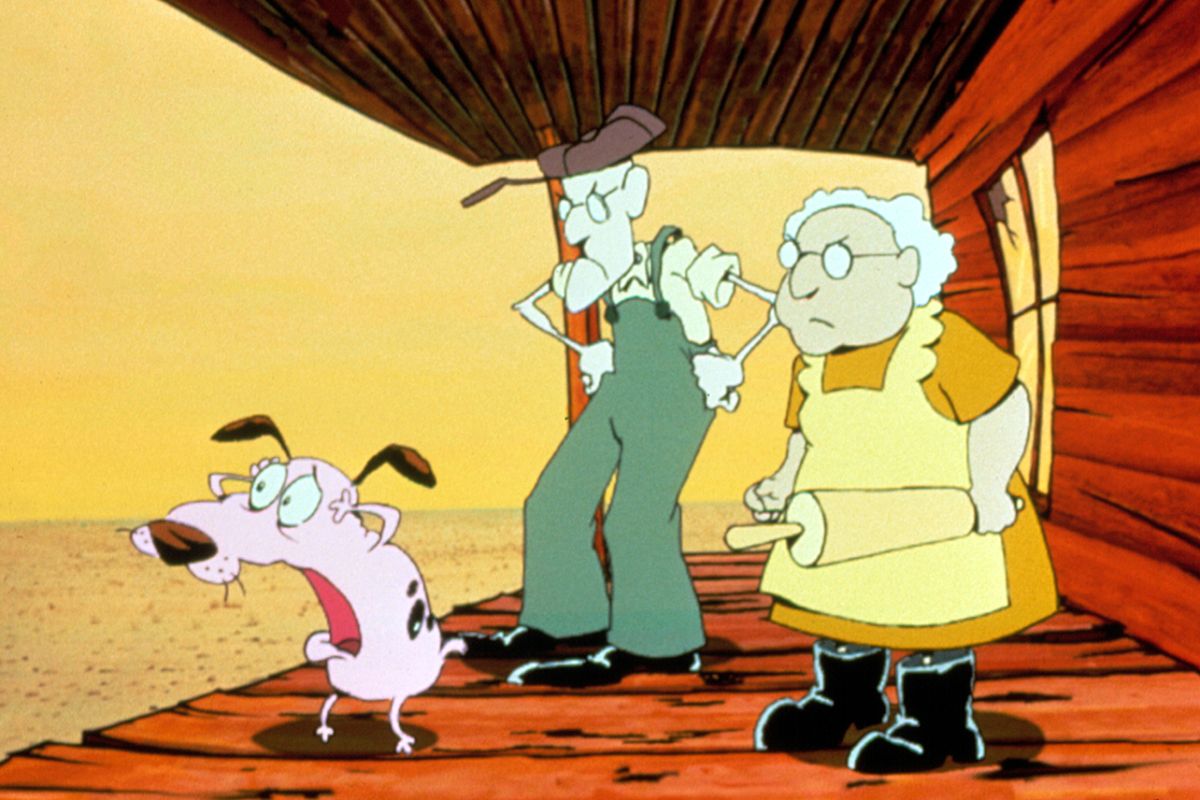 The pilot episode of Cartoon Network’s award-winning show Courage the Cowardly Dog saw the eponymous pink dog save his owners, Eustace and Muriel, from the clutches of alien chickens  – which pretty much set the precedent for the rest of the series.

The show featured some pretty dark moments – such as Muriel being possessed by a demon or a dead Pharaoh cursing the Bagge family – and looking back, it’s hard to believe this was a programme meant for children. 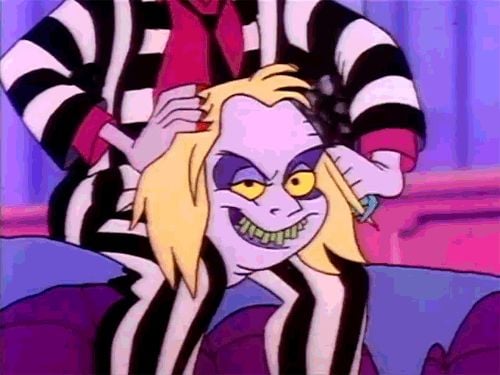 Nobody does creepy cartoons like Tim Burton, who created the Beetlejuice cartoon series in 1991. Loosely based on Burton’s iconic horror film from 1988, the series follows undead Beetlejuice and his best friend Lydia Deetz as they explore the Neitherworld, a realm inhabited by all sorts of ghoulish beings.

Looking back, it’s strange to think that people didn’t bat an eyelid at a show which revolved around a young girl hanging out with an undead con artist from a dangerous supernatural realm! 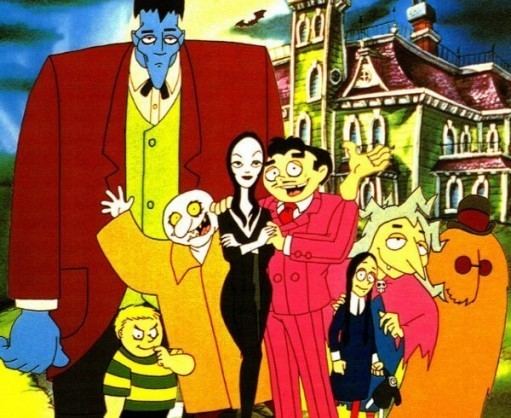 The spookiest family in pop culture just has to be the Addams Family. In 1992, in the wake of the commercial success of Barry Sonnenfeld’s 1991 Addams Family film, Hanna-Barbera rebooted the old 1973 cartoon series featuring the gothic family. As the series was geared towards children, the darker, more macabre side of the characters was toned down somewhat, but the family still retained their quintessential otherworldliness.

Another animated film based on the family was released in 2019, directed by Conrad Vernon and Greg Tiernan. At the time of writing, the film is now streaming on Netflix. 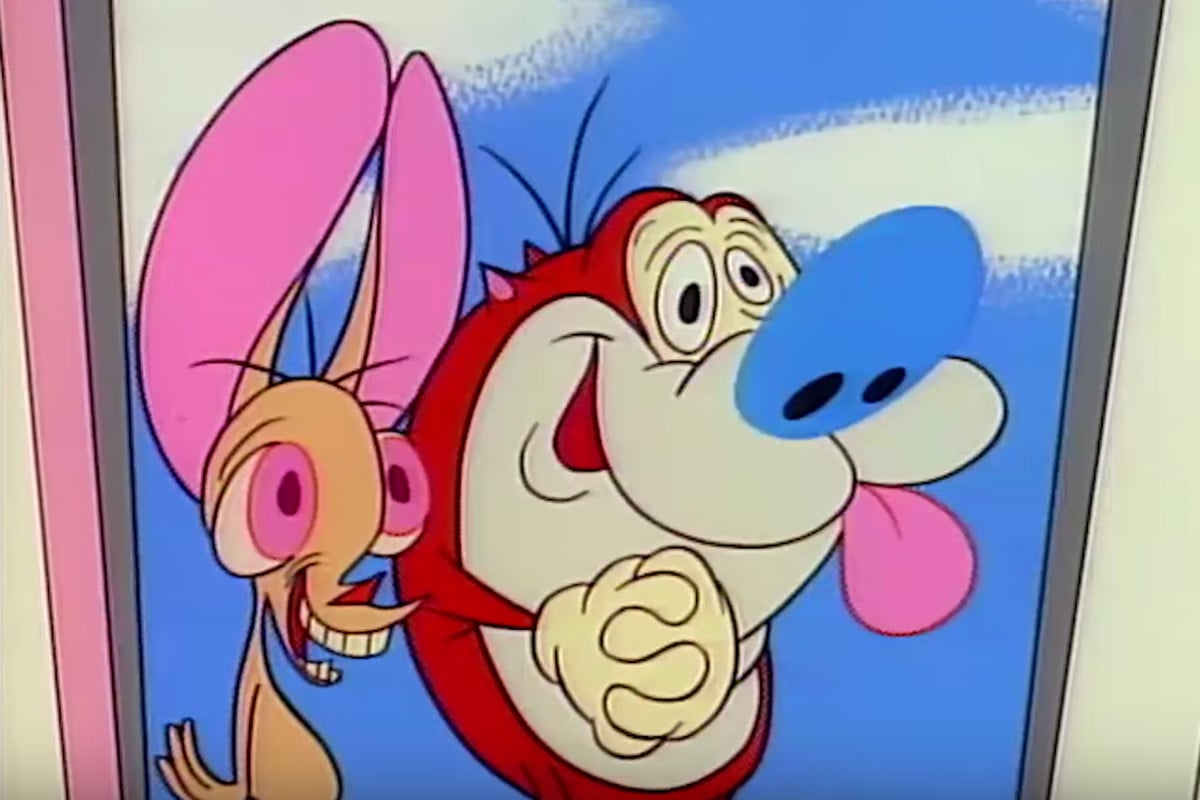 Nickelodeon’s The Ren & Stimpy Show followed the exploits of sociopathic Chihuahua Ren and dimwitted cat Stimpy – which sounds innocent enough, but fans will remember that the show was packed full of dark and sinister moments: for instance, one episode saw Ren pluck nerve endings out of his mouth, while another featured him beating himself with a hammer. For a kids’ cartoon, this was pretty harrowing stuff.

The unnerving, disarming nature of Ren & Stimpy has led to it developing a cult following, and nowadays the series is largely considered to have had a lasting influence on animation. 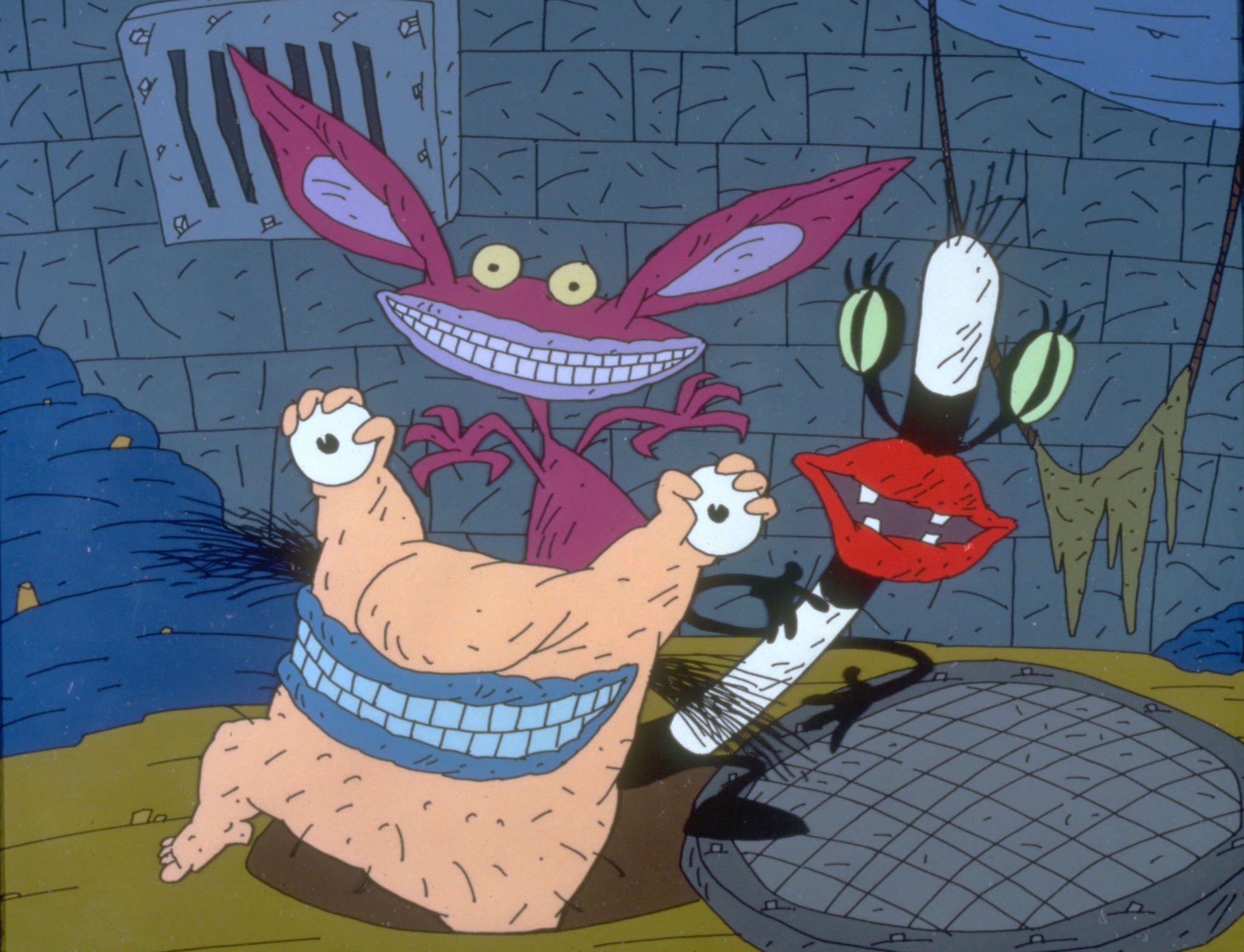 Aaahh!!! Real Monsters premiered in 1994 on Nickelodeon. The series followed three young monsters named Ickis, Oblina and Krumm as they learnt how to frighten humans from their school underneath a city garbage dump. While not exactly terrifying – one of the show’s main gags is that Ickis is often mistaken for a bunny rabbit due to his big ears – the show was definitely pretty creepy.

For instance, Oblina would often reach in through her mouth and pull out her internal organs to scare humans – unsettling stuff for a kids’ cartoon.

5. The Nightmare Before Christmas 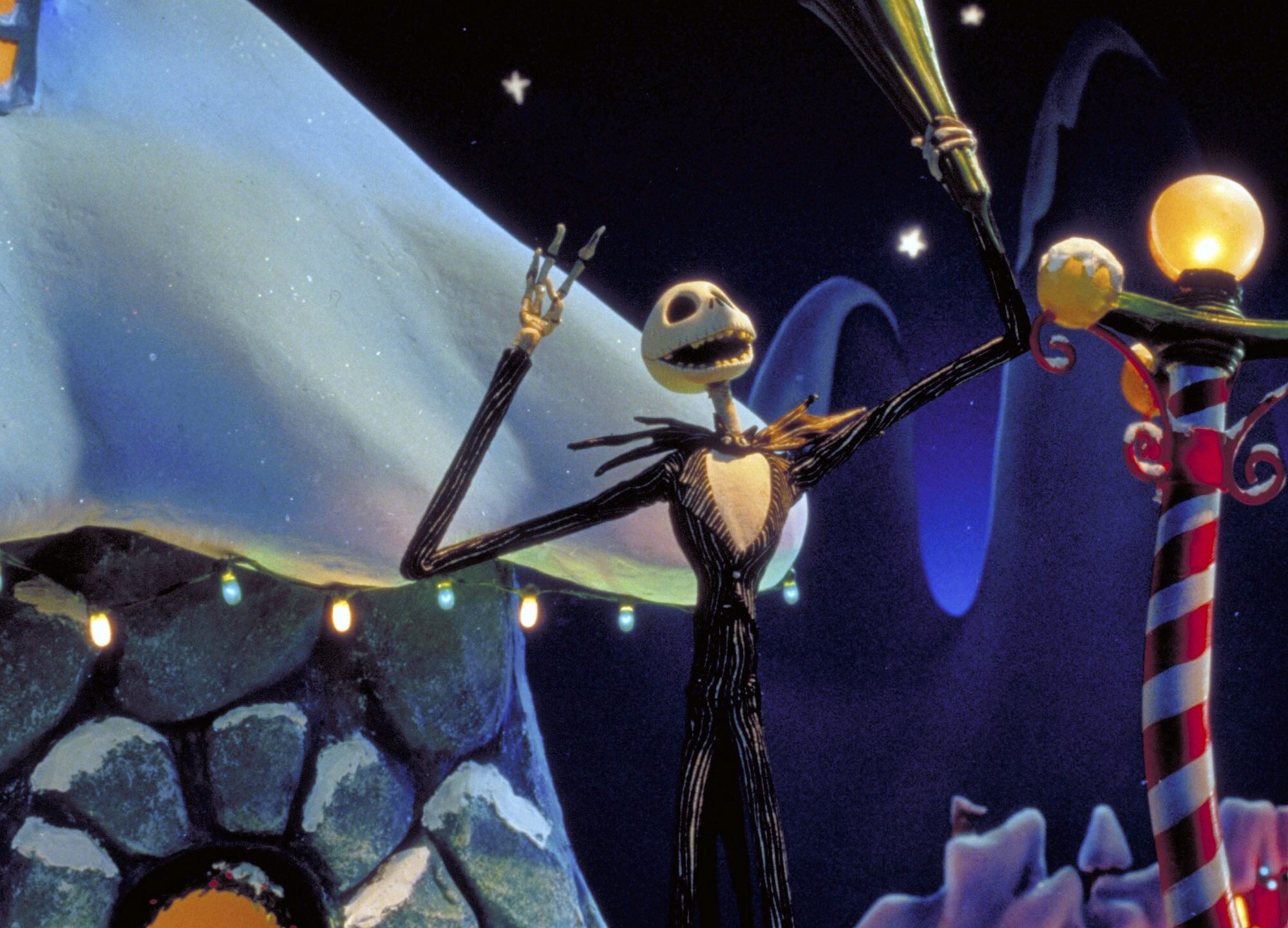 Tim Burton’s animated film The Nightmare Before Christmas was an instant success when it was released in 1993 and has since become a cult favourite. The story sees Jack Skellington, ‘Pumpkin King’ of Halloween Town, try to wrestle control of Christmas away from Santa Claus after falling through a portal to Christmas Town. It’s essential viewing year-round as it celebrates Halloween and looks forward to Christmas – perfect for getting into the festive spirit.

In October 2020 the film was re-released in 2,194 theatres across the US and made over $1.3 million over one weekend – an incredible feat, and testament to the film’s enduring legacy and popularity. 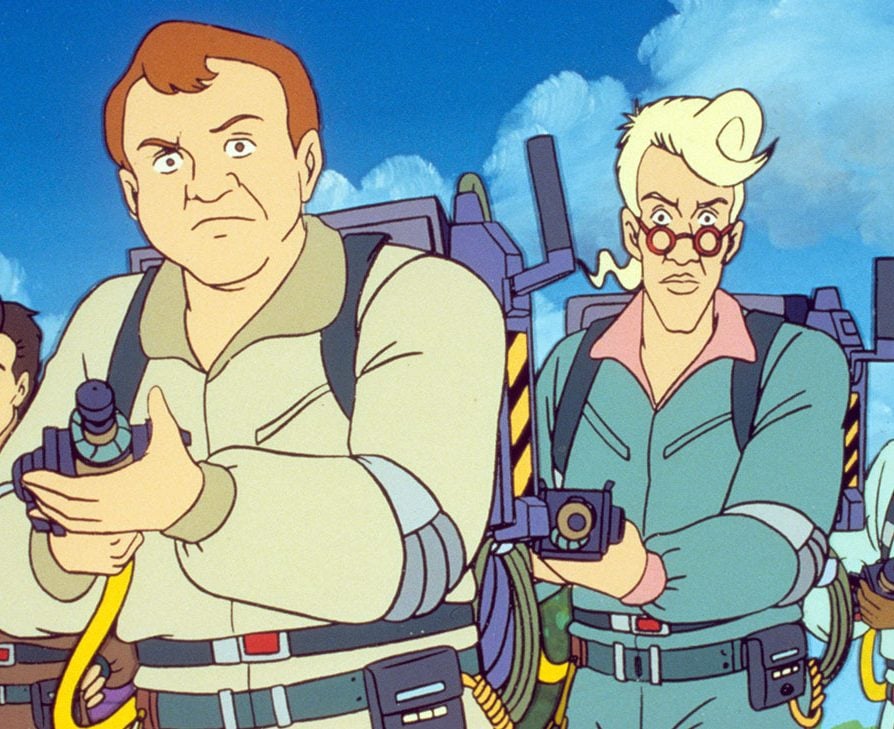 From its inception in 1986, The Real Ghostbusters series depicted the original Ghostbusters after the events of the first film. The show saw the ghost-busting team grapple with supernatural forces causing chaos in New York City – and, at times, things could get a little frightening.

One episode in season two saw the team taking on a gang of werewolves and vampires, while another featured the Devil himself reimagined as a sinister game show host. Again, creepy stuff for a children’s cartoon!

3. Tales from the Cryptkeeper 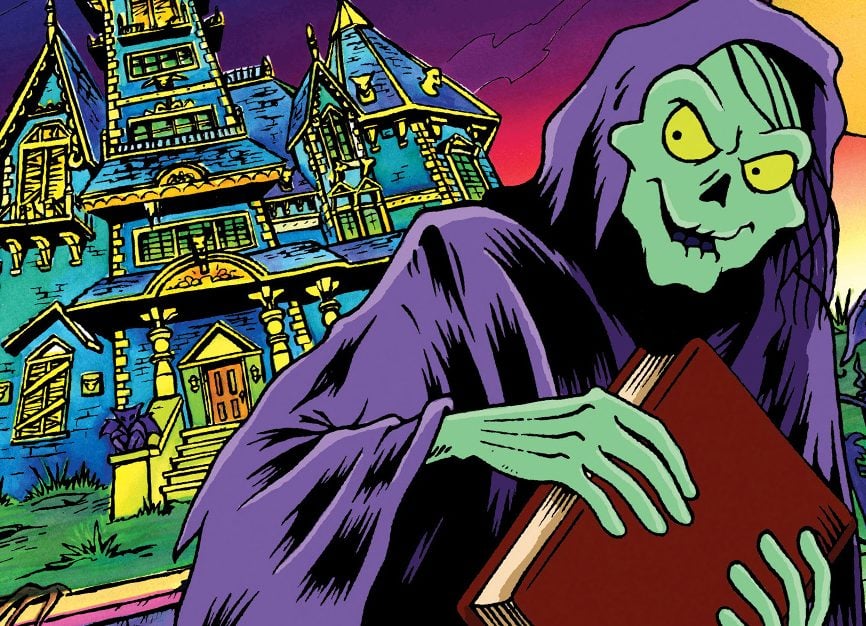 That said, the show was still pretty unnerving, and was somewhat ahead of its time in its exploration of animated children’s horror. 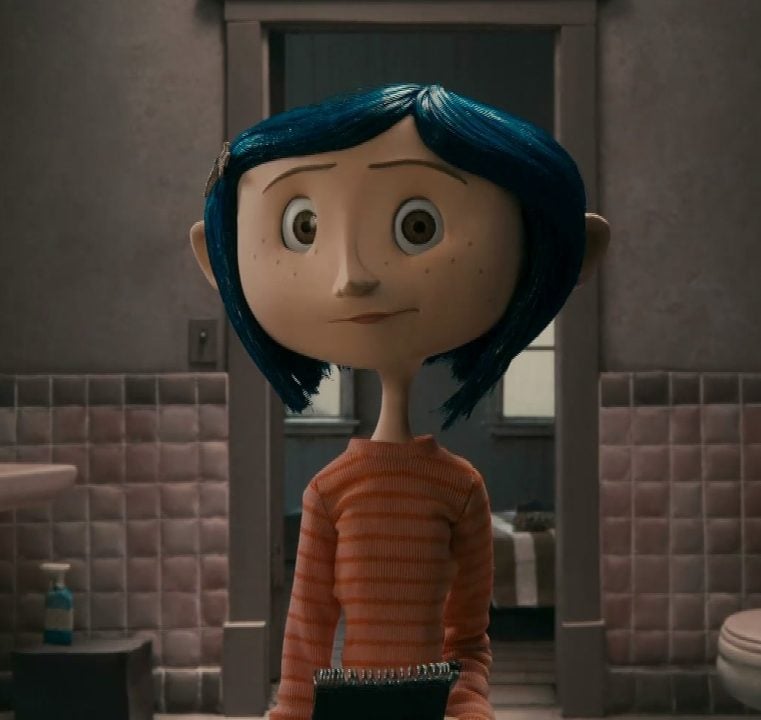 Released in 2009, Henry Selick’s Coraline is perhaps one of the most sinister children’s films ever made. The movie follows 11-year-old Coraline, who makes regular visits to the ‘Other World’, where button-eyed doppelgängers of her friends and family live. Disturbingly, Coraline eventually comes to the realisation that her ‘Other Mother’ is harvesting the souls of those that venture to the Other World.

The movie was praised by critics and was even nominated for the Academy Award for Best Animated Feature in 2010. 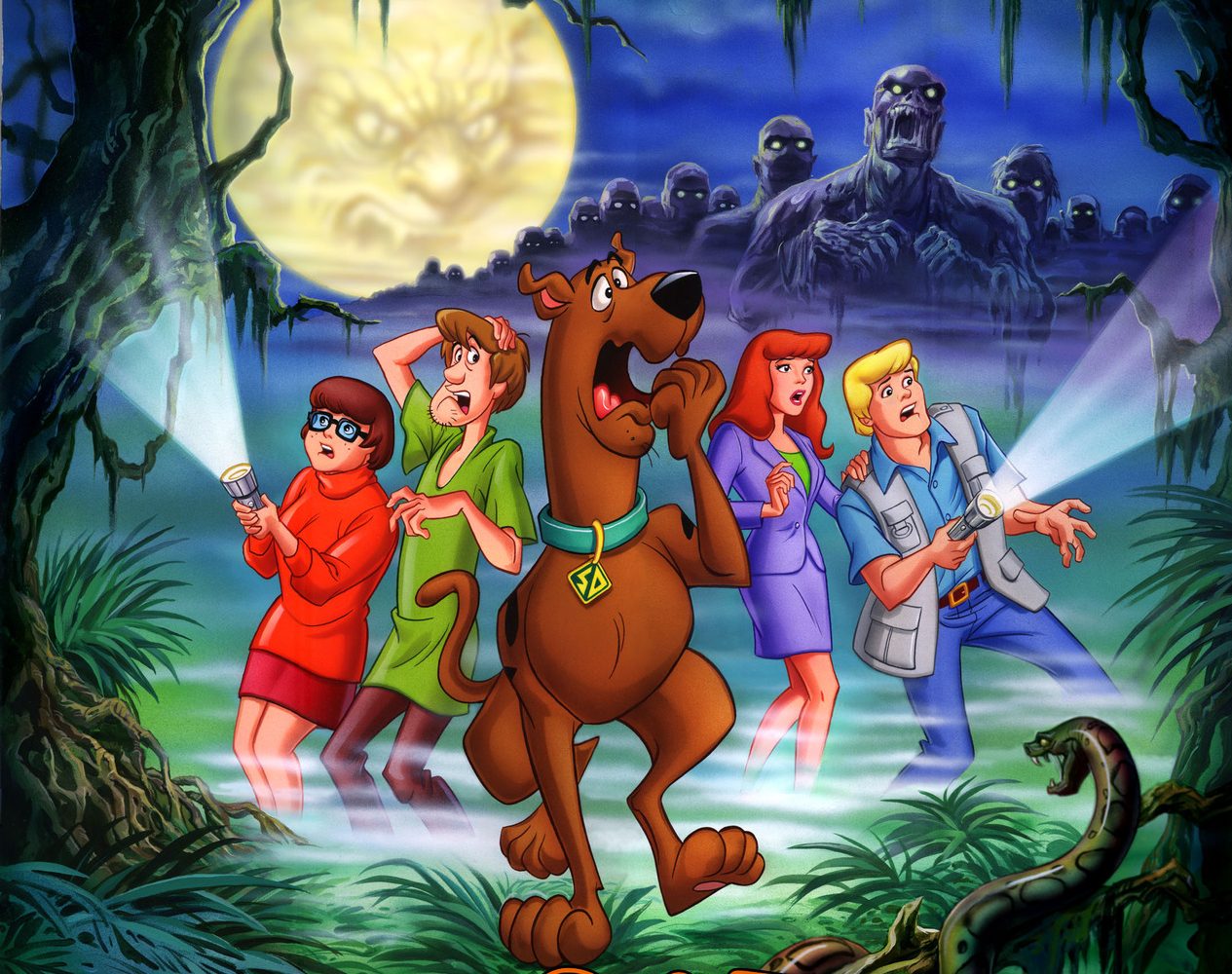 Scooby-Doo has featured some scary monsters in its time – but the 1998 film Scooby-Doo on Zombie Island just has to be one of the most terrifying features in the Scooby-Doo universe. Zombie Island is much darker than usual Scooby-Doo productions, largely because the zombies turn out to be real, and are not merely harmless masked villains.