With a different roll of the dice, Sondra Locke might have become a major figure in the film industry. An Academy Award nominee for her very first role, she had major aspirations both as an actress and a director. Unfortunately, this did not come to pass, and it appears that this was largely due to Locke’s long-term relationship with one of the biggest film icons of all time, Clint Eastwood.

Eastwood and Locke began an affair in 1975 on the set of The Outlaw Josey Wales, and while they never married they were together nearly fifteen years. In that time, Locke appeared in several more films alongside Eastwood, but she soon disappeared in his shadow, and after their separation in 1989 her career all but ended. Soon thereafter she was diagnosed with cancer, and complications from the disease would eventually take her life in 2018. 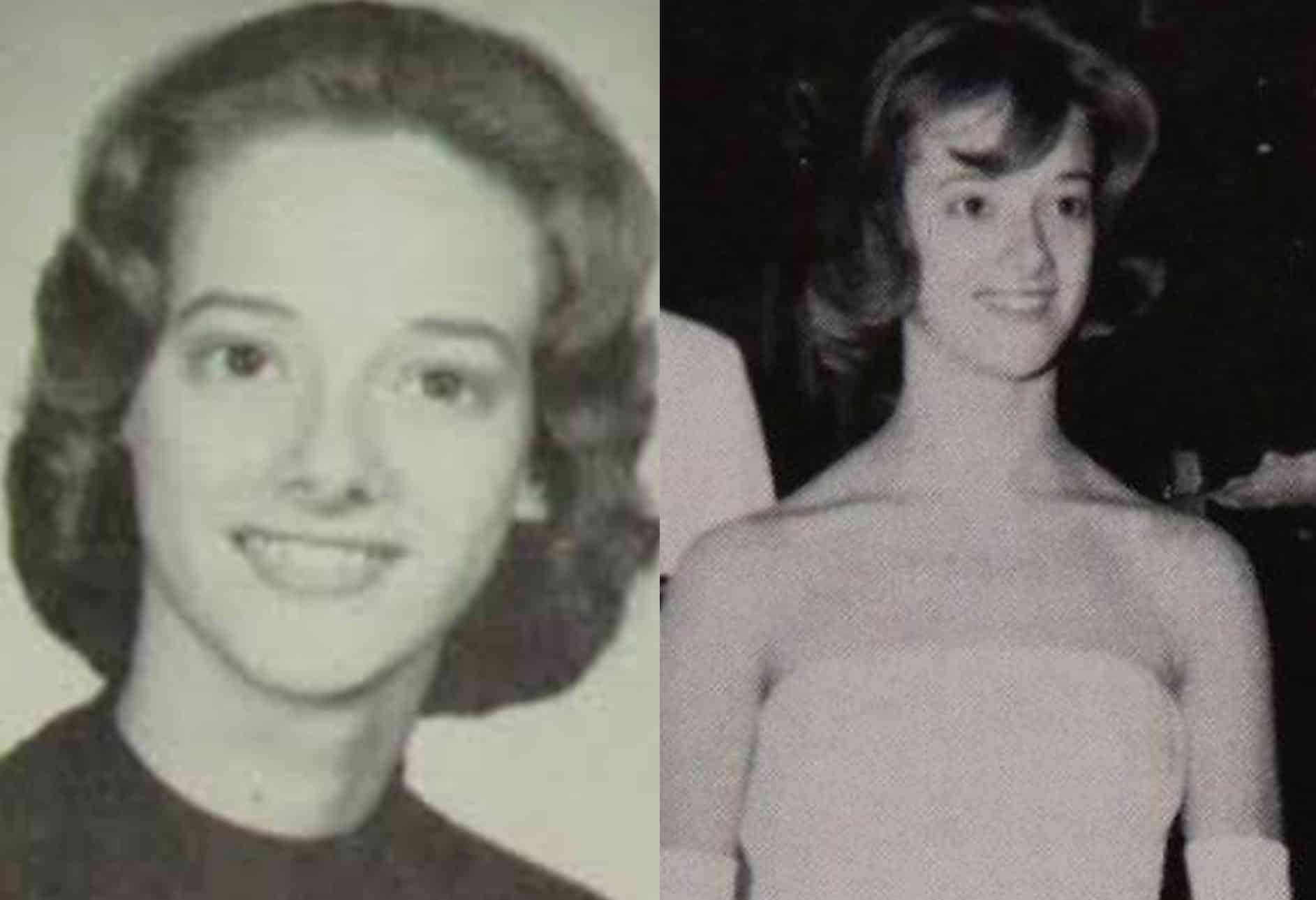 Sondra Locke was born Sandra Louise Smith in Shelbyville, Tennessee on May 28th, 1944, and later adopted the surname of her stepfather Alfred Locke. Ambitious and hardworking at school, she was a valedictorian, cheerleader and basketball player, and went on to study drama at college, before dropping out.

Embarking on an acting career, Locke adopted the professional name Sondra. In July 1967, she landed her first film role in The Heart Is A Lonely Hunter. This proved a major breakthrough, and Locke received Best Supporting Actress nominations at both the Oscars and the Golden Globes in 1969. 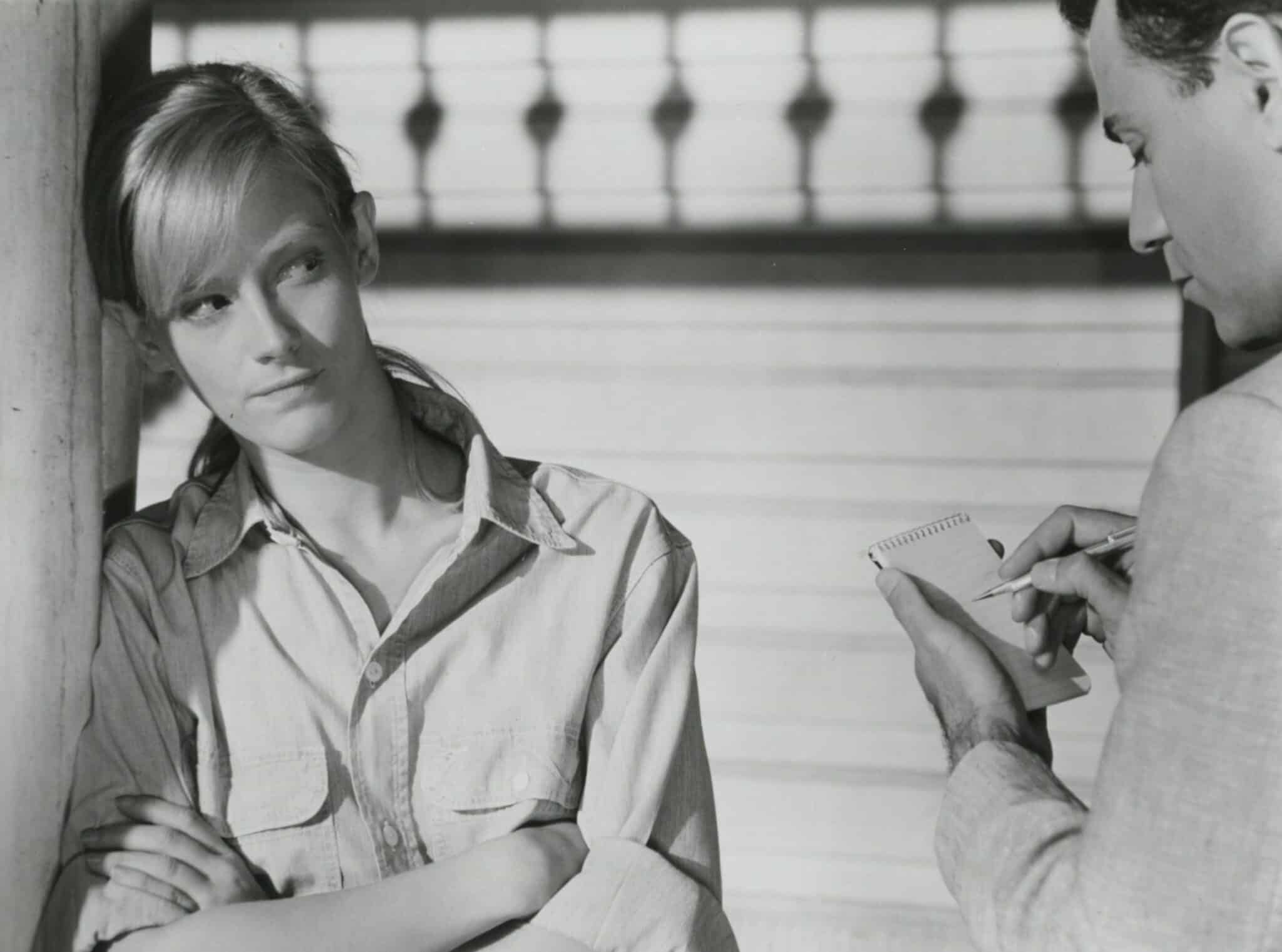 While Locke may not have taken home the gold, her foot was in the door in Hollywood, and from there she went on to a number of big and small screen roles, including the cult 1971 horror Willard and appearances on TV’s Kung Fu and Planet of the Apes.

Along the way she had her first meeting with Clint Eastwood when she auditioned for a role in 1973’s Breezy (the actor’s third film as director, after Play Misty for Me and High Plains Drifter). Eastwood didn’t cast Locke that time, but remembered her when work began on his later film The Outlaw Josey Wales, in which she took a supporting role. She began seeing her director and co-star at this time. 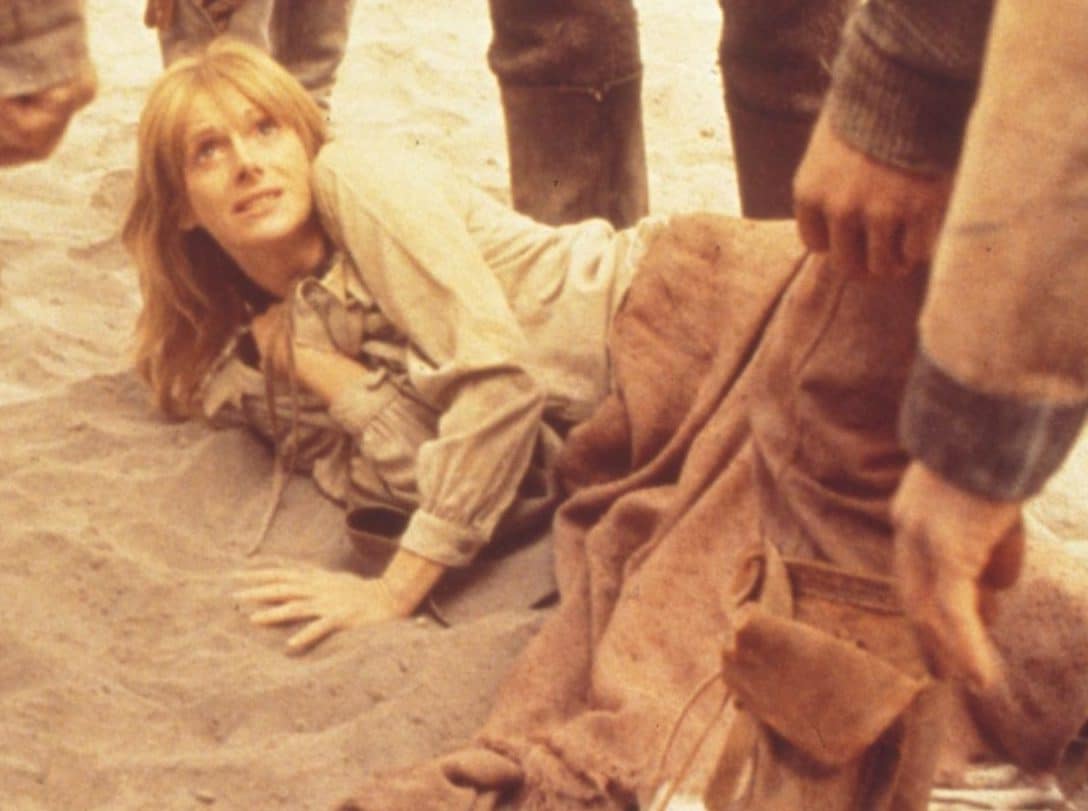 When Eastwood cast her a second time in 1977’s The Gauntlet, the two stars were on more of an equal footing; the action thriller cast Locke as a prostitute being escorted across country by Eastwood’s grizzled cop in order to testify against a mob boss.

It was during production on The Gauntlet that Eastwood and Locke’s relationship first became public knowledge, which raised eyebrows as both were married at the time. Eastwood soon left his first wife Maggie Johnson, although they would not be legally divorced until 1984. 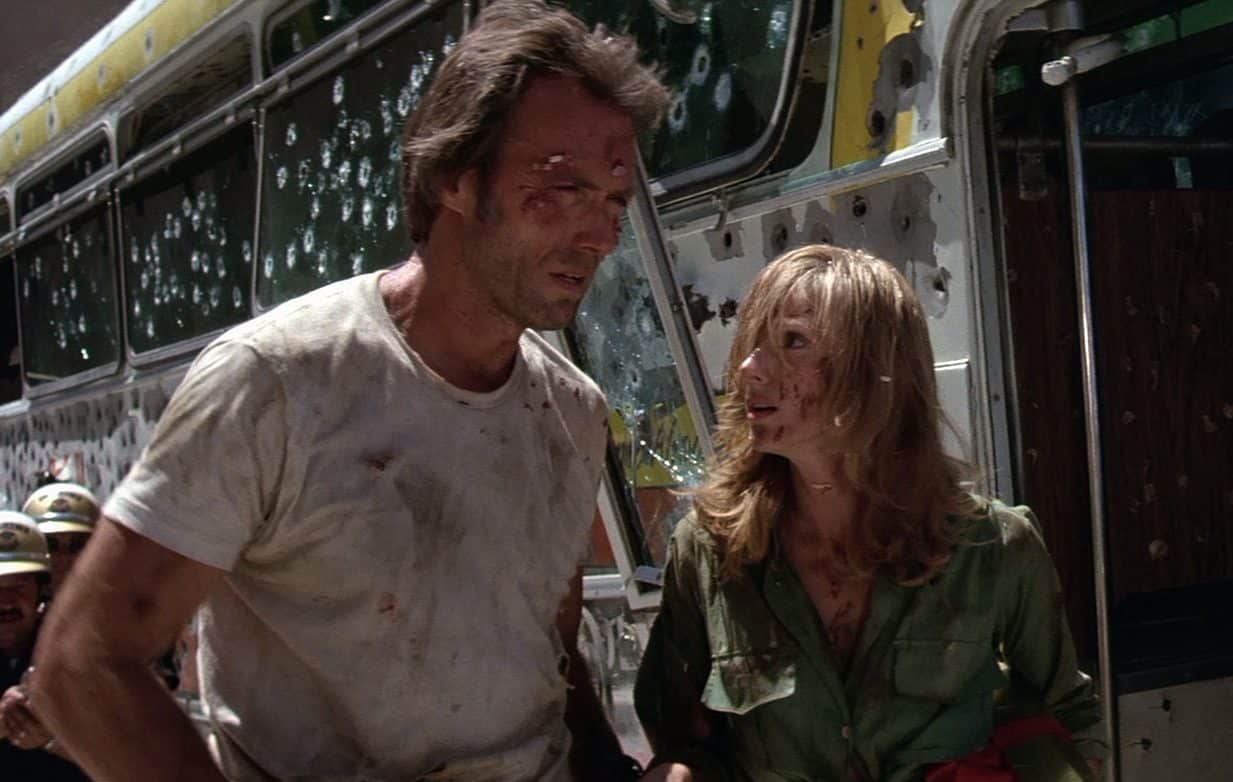 The circumstances of Locke’s marriage were somewhat different. In 1967 she wed her closest childhood friend Gordon Leigh Anderson (she even took his name, legally going by Sandra Anderson), but it was never a romantic union. Anderson was gay, and the two of them would later describe their relationship as more like siblings; Locke would state in court, “in those days males and females never lived together unless they were married.”

After The Gauntlet, Locke took supporting roles in three of Eastwood’s biggest hits: 1978’s Every Which Way but Loose and its 1980 sequel Any Which Way You Can, and 1983’s Sudden Impact, the fourth film in the Dirty Harry series. (She also appeared with Eastwood in 1980’s less commercially successful Bronco Billy.) 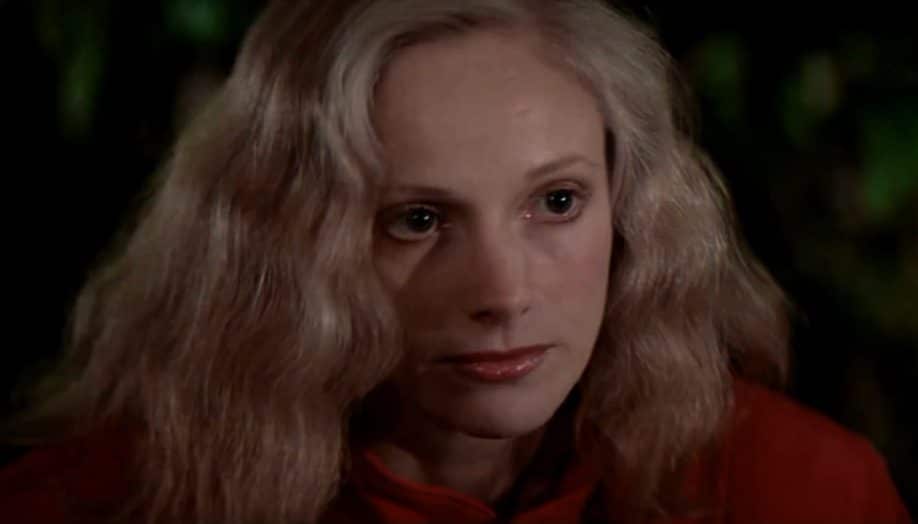 However, beyond a few TV roles, Locke was never to be seen on screen without Eastwood. She would later explain that this was something Eastwood had demanded of her during their relationship; while he was happy for Locke to be a key figure in his body of work, he was not keen for her to pursue other avenues on her own.

Nonetheless, Locke remained career-oriented. She fell pregnant by Eastwood twice, and had abortions on both occasions before finally undergoing tubal ligation in 1979. Eastwood (who has fathered at least eight children with several women) would later deny claims that he pressured Locke into any of these procedures, stating the decisions were “entirely hers.” 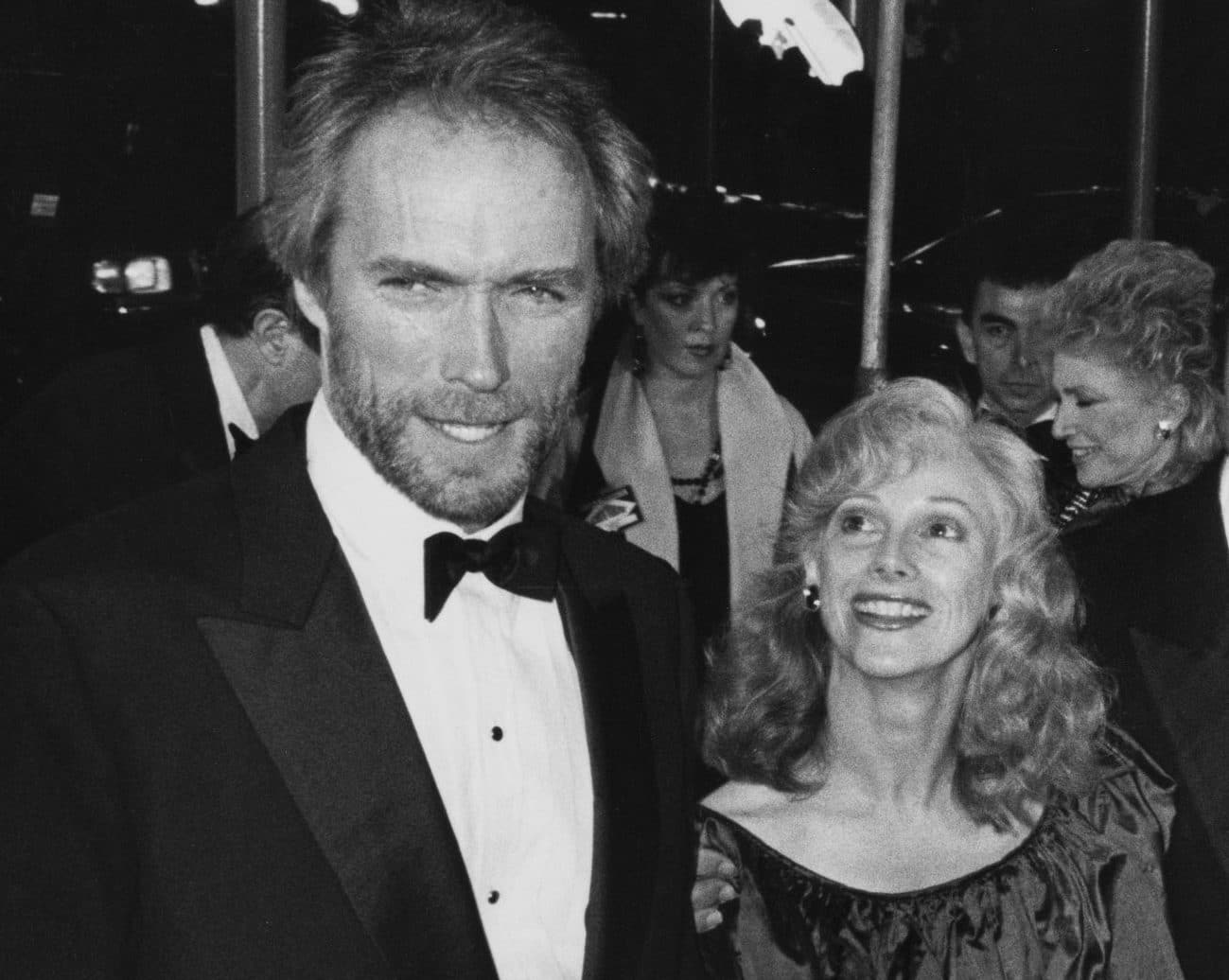 While accounts may vary regarding their private life, it’s clear Eastwood did hold a controlling influence over Locke’s career. This came to be a bone of contention between the two of them, particularly as Locke expressed interest in moving into directing.

Locke would make her directorial debut in 1986 with Ratboy, a fantasy drama in which she also starred as a woman who befriends a mysterious human-rodent hybrid. The film bewildered critics and proved a flop. 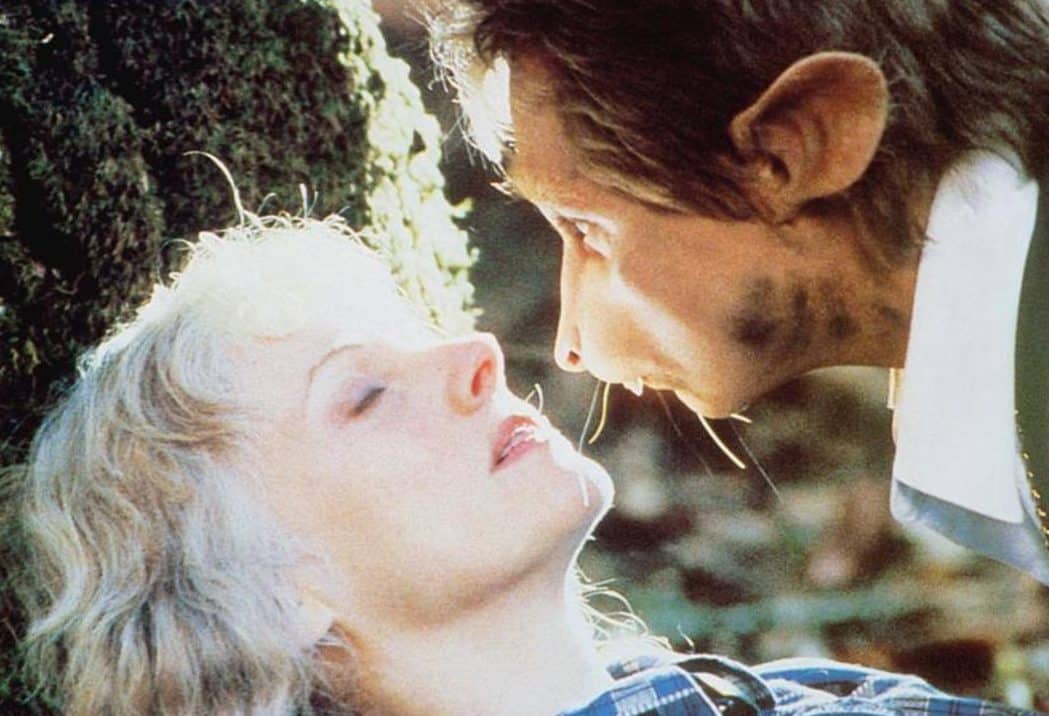 Ratboy was produced by Eastwood’s company Malpaso and distributed by studio Warner Bros, but as Locke later emphasised, Eastwood’s involvement “was never a requirement from Warner Bros… I begged Clint not to be involved, from the get-go because I just felt that our personal relationship was such that somehow there was going to be a problem.”

Locke went on to explain, “I believe that [Eastwood] really did not want me to direct. The dynamic of our relationship entirely shifted. He had been the director and I was the actor. You know, he was the one in charge.” 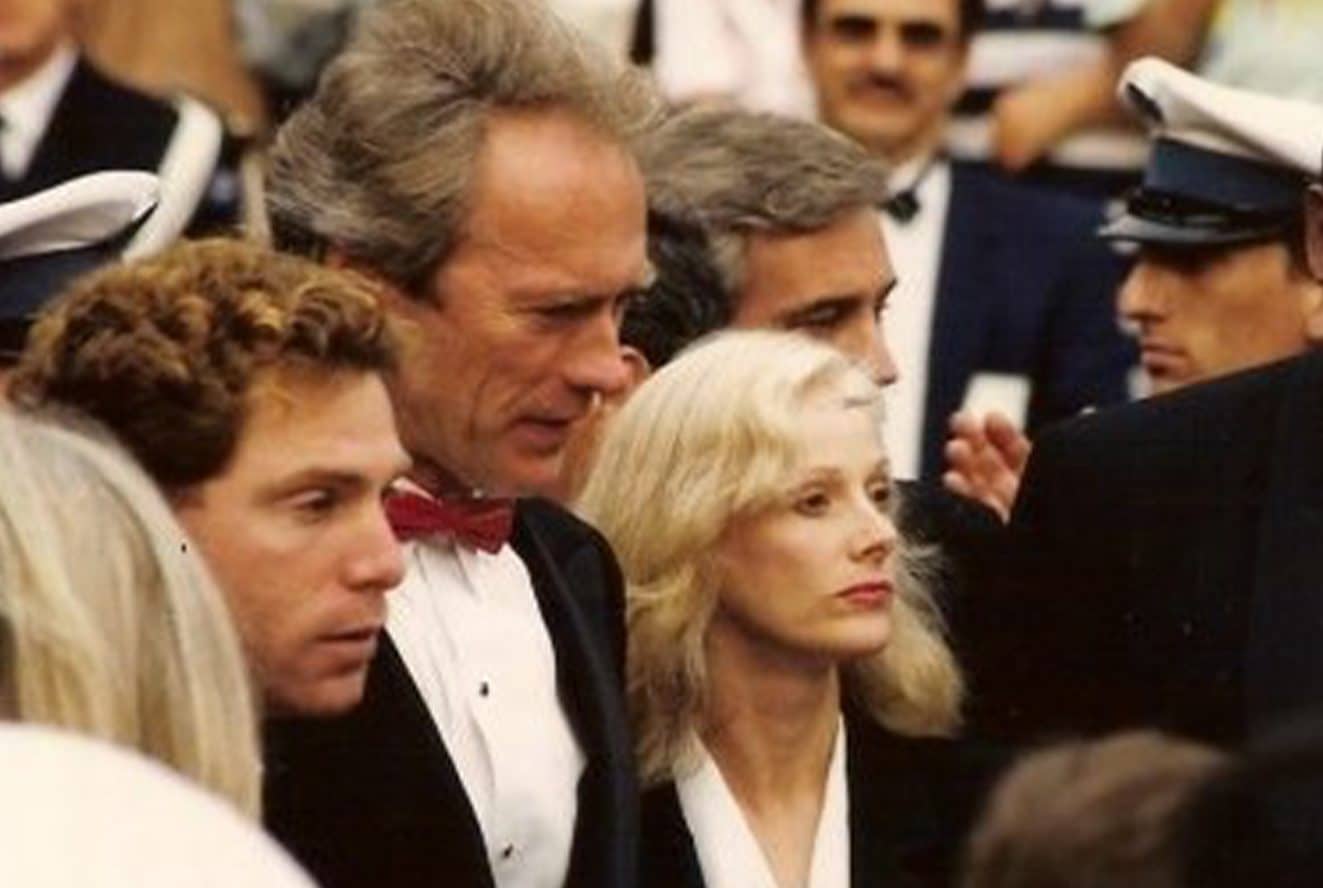 Locke was in production on her second directorial effort, 1990 thriller Impulse, when Eastwood kicked her out of their Bel-Air home. She proceeded to sue Eastwood for palimony, initially seeking $70 million from her long-term partner.

Eventually an out of court settlement was reached, with Locke receiving a reported $450,000 and ownership of their house. Finally, Eastwood also agreed to set up a three year deal for Locke at Warner Bros worth $1.5 million, for her to develop projects which she would direct. 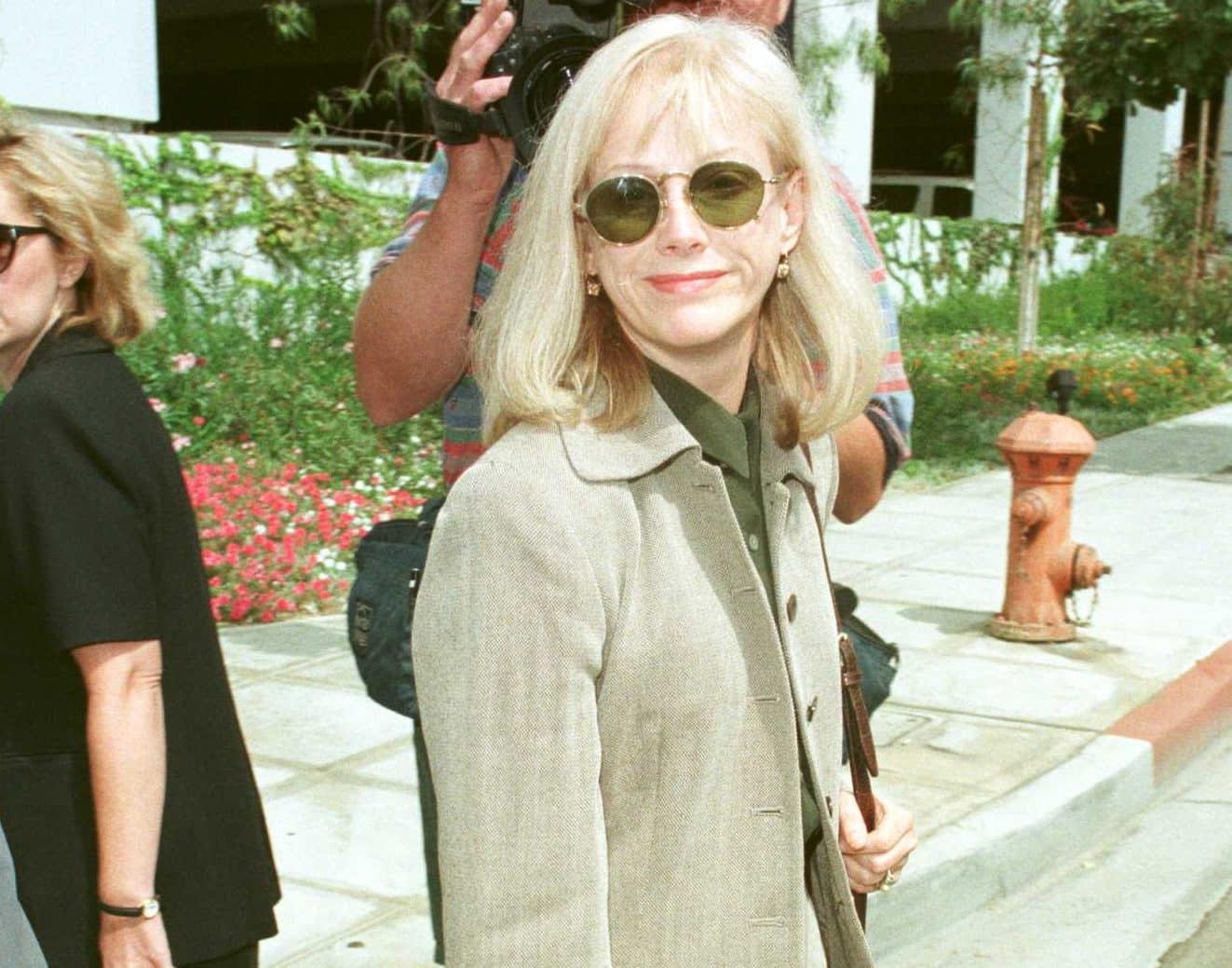 However, during this time with Warner Bros, Locke did not get to direct a single film (even though some of the projects she worked on eventually got made, including Arnold Schwarzenegger comedy Junior). In 1995, Locke proceeded to sue Eastwood a second time on grounds of fraud, claiming that the supposed development deal had been phoney and was specifically contrived to stop her from advancing as a filmmaker.

This would again end with Locke settling out of court, but as she told the press at the time, her legal action “was never about money, it was about my fighting for my professional rights. People cannot get away with whatever they want to, just because they’re powerful.” 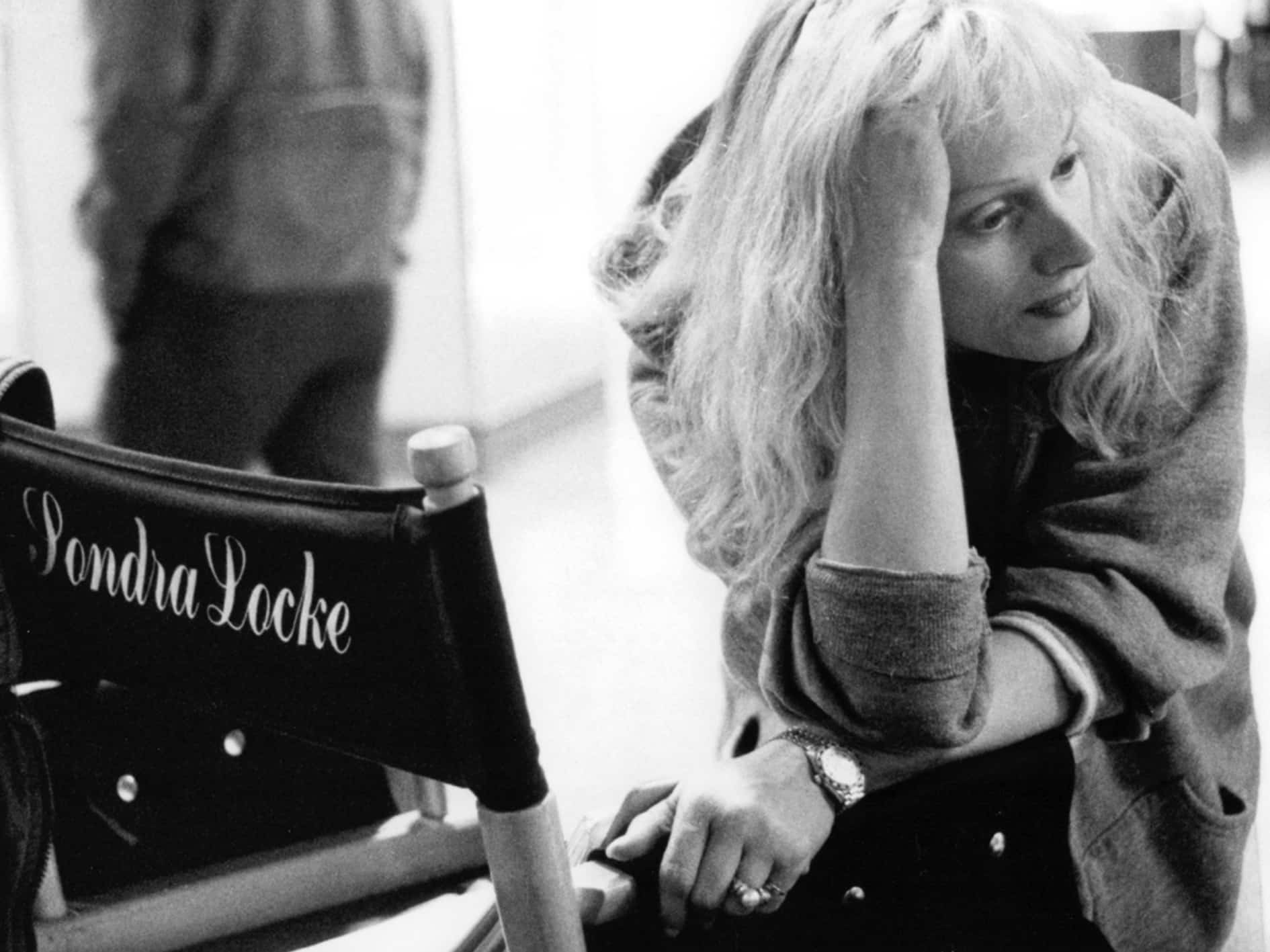 During her first legal battle against Eastwood, Locke was diagnosed with breast cancer, for which she underwent a double mastectomy. Both her medical treatment and her legal and professional woes took their toll, and Locke’s career never really got back on track.

She would direct only two more films (1995 TV movie Death in Small Doses and 1997’s Trading Favors) and take a few minor acting roles before falling off the map entirely in the 2000s. 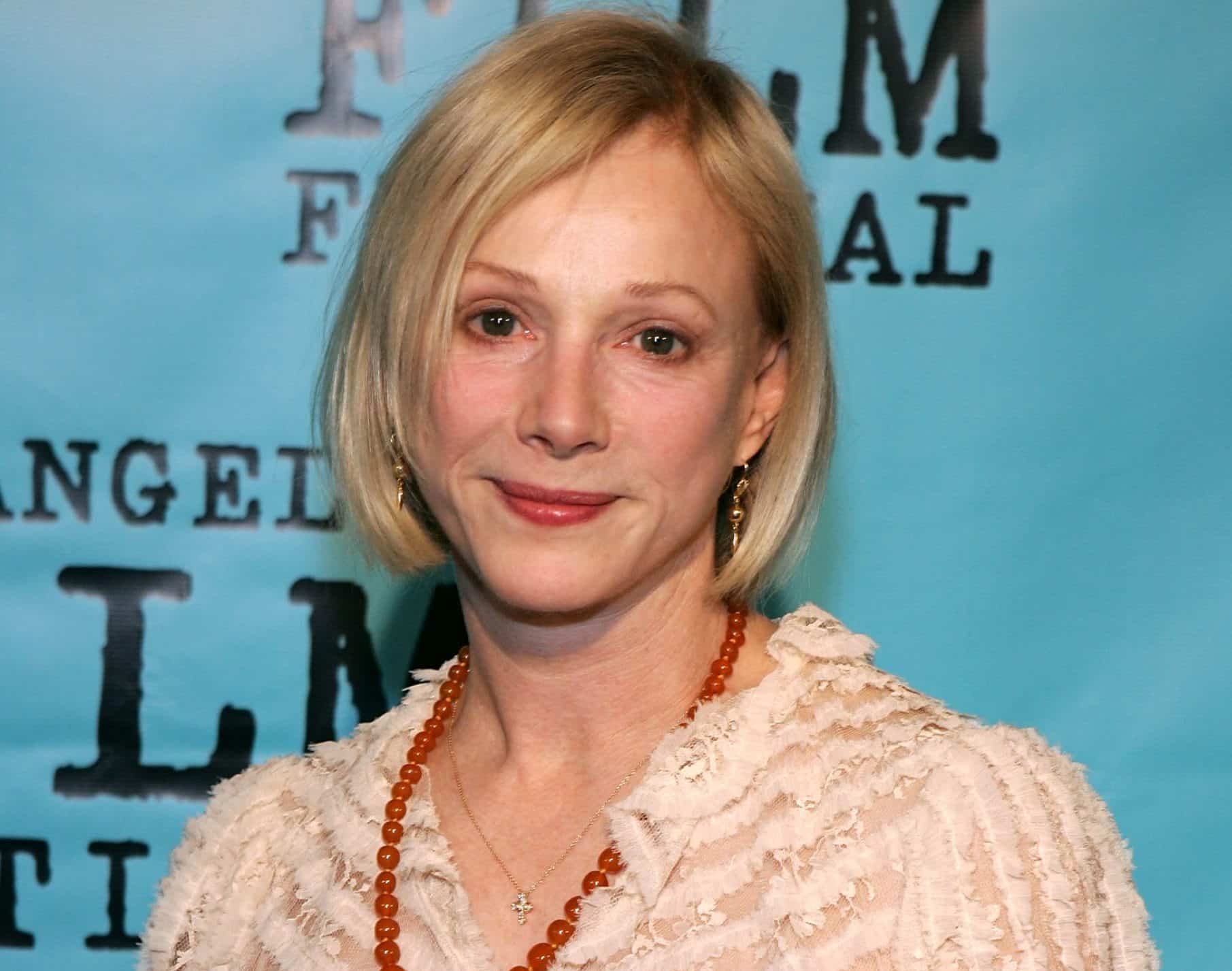 Locke made brief return to film as an executive producer on 2015’s Knock Knock (a remake of her earlier film Death Game), and made her final screen appearance in 2017’s Ray Meets Helen. However, after many years in apparent remission her cancer returned and spread to her bones, and she passed away from cardiac arrest on November 3rd, 2018, at the age of 74. Her death was reported by Gordon Anderson, with whom she remained close and legally married to the end.

Locke’s death was not made public until six weeks later – the day before Eastwood’s film The Mule was released in December 2018. Eastwood made no public statement on the matter, but her passing sparked widespread tributes from admirers, among them author Sarah Weinmann, who tweeted that Locke “deserves to be known for her work, not for the famous man she was disastrously involved with.”