The Smash Hits Yearbook! Which Stars Were Featured In 1995? 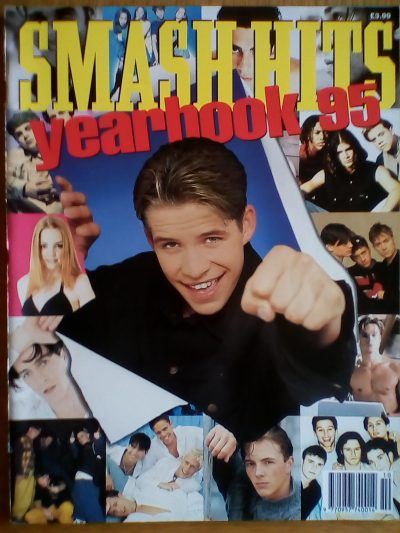 Smash Hits Yearbook! The big bumper edition of all that was hot and trendy throughout the year! Jam packed with posters and interviews of the popular musician’s of the day! This music magazine featured actors and film articles too! The Yearbook was a must have for every music crazy teenager! Who graced the pages of this classic magazine back in 1995… 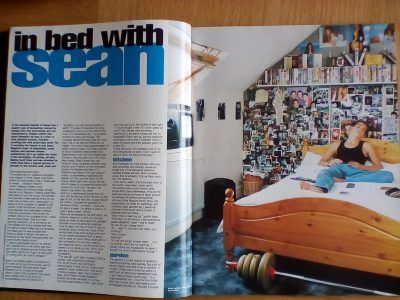 An at home feature with Sean Maguire. At home in Essex. Where he say’s, his bedroom is probably his most favourite place on earth! Where he listens to The Beatles, East 17, and watches films like, Raiders Of The Lost Ark and Back To The Future. Sean talks about his Eastenders role and he talks about the programme which made him a famous face, Grange Hill! Sean is’nt only an awesome actor, he’s also pretty springy on his feet too, in the dancing world, as an Irish Dancer and he has won loads of Trophies! 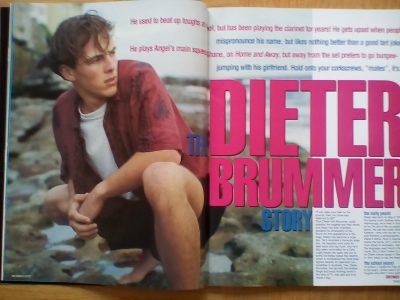 Back in 1995 Dieter Brummer was the man of the moment. A heart throb whose poster’s filled many teenage girl’s bedroom walls! He played Shane in Home and Away, becoming one of Australia’s hugest and most favourite soap stars! Dieter, born and bred in Sydney. Born 5th May 1976. Before Home and Away he was an unknown actor, but his audition went so well the director told the producers how talented he was, and soon after Dieter was signed up with a two year contract! Dieter’s character, Shane had many story lines with his girlfriend, Angel, played by Melissa George, where legend has it, the pair did’nt get along behind the scenes!! 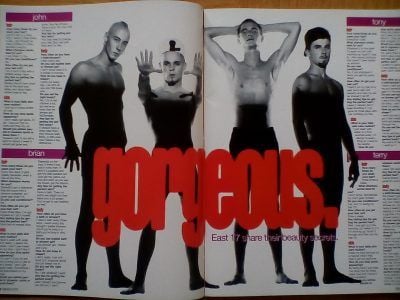 Still blasting out on the radio and going strong in the charts was East 17. The boys from Walthamstow! John, Brian, Tony and Terry! Smash Hits interviews the boys on their beauty secrets! 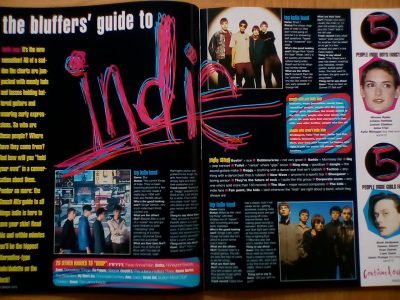 Any random article could appear in Smash Hits, this was one of them! The Bluffers Guide to Indie! Remember Brit Pop was booming! 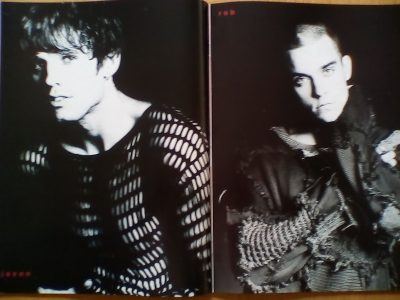 Take That were still going strong as a five piece! Gary Barlow, Robbie Williams, Mark Owen, Jason Orange and Howard Donald, the Manchester band (and Robbie from Stoke On Trent!) were huge! (And were even bigger when they returned years later!) Teenage girls loved them! This was around the time of their single Sure and not long after this Mr Williams left the band and could be found at festivals with Liam Gallagher! 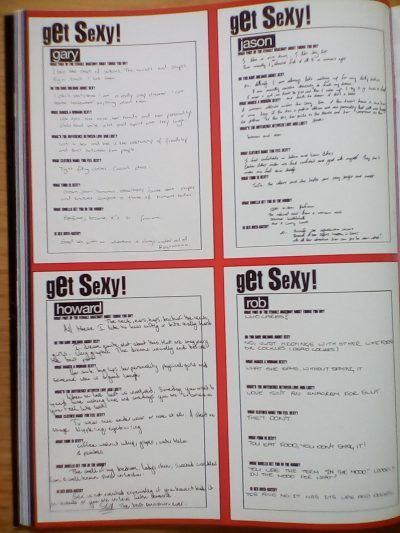 The Take Take boys filled out questions on what they found sexy!! Yep there’s only four! Mr Mark Owen was on another page!! Back then Mark was the most popular member of the band, the one most fancied too!! Winning the Smash Hits Award for Most Fancied Male several times! 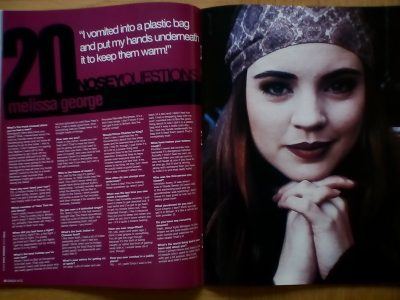 A popular Feature in the Year Book was, 20 Nosey Questions! Where as the name suggests! A star is asked 20 nosey questions! Melissa George, who before she spread her wings and had Hollywood success, enjoyed success in Home and Away, as Angel.
When asked which member of Take That she fancied, she said Robbie! She has also had dreams about Kylie Minogue! And admits she once shop lifted, helping herself to some grapes! 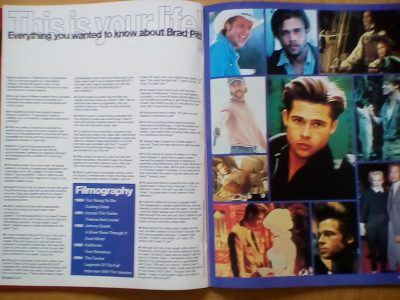 Brad Pitt, just as popular then as he is today! A sought after Hollywood actor! What better feature than an Everything You Need To Know About Brad Pitt feature??!! In 1995 Brad had recently worked in London in the film, An Interview With A Vampire. Brad was born in Oklahoma on 18th December 1965, brought up in Springfield, Missouri. Born William Bradley Pitt.

This was long before the days of Angelina Jolie! Brad had dated Juliette Lewis for two years, but they split in 1993.

Brad had appeared in the Levi’s advert, and followed his acting dream! Though his first choice would of been a rock n roll star, but as he could’nt sing or get the hang of guitar, he decided acting is what he’ll do!! And the rest is history!! 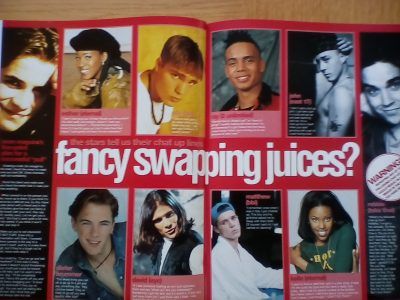 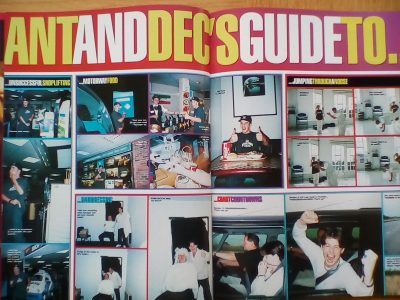 Yes the lovely Ant and Dec were around in 1995, fresh from the popular tv programme, set in Newcastle, children’s drama, Byker Grove. Set in a youth club, which followed the lives of teenagers, dealing with many teenage issues! Ant and Dec played, Pj and Duncan! With the success of Byker Grove behind them, they embarked on a music career, and they did have hits! This feature shows the boys on the road.. This was before their incredibly successful career move into the presenting world! 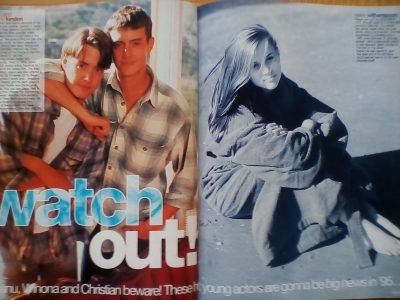 Smash Hits predicted who they thought were the people to look out for, who they thought would be huge stars of the future, here they were spot on!! Featuring the one and only Reese Witherspoon! Then she was still at school, at a private girls school in Nashville, Tennessee! Born 22nd March 1977. Reese began her career in adverts and modelling. In 1990 aged 14, she was picked, after a nationwide search, to star in The Man In The Moon. Reese also had starred in Jack The Bear, and A Far Off Place. Her next film release then was S.F.W. with Stephen Dorff!

Yes Reese Witherspoon certainly proved to be somebody to watch out for! 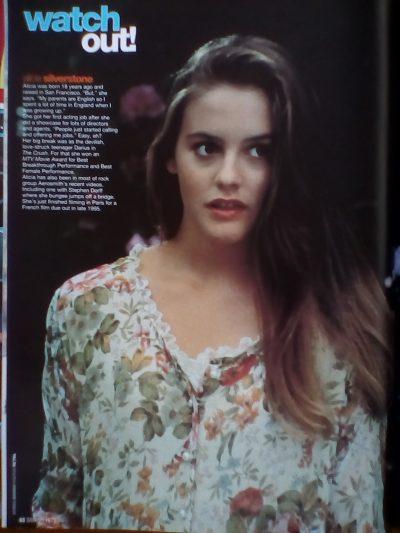 Another correct prediction of stars to watch out for was, Alicia Silverstone! Who with English parents, spent alot of time in England growing up! Though she was raised in San Francisco. Her big break was as the love struck teenager, Darius, in The Crush! Here Alicia had just finished filming a French film, in Paris! 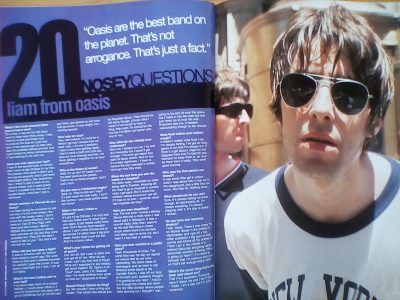 Yes!! 20 Nosey questions with Liam Gallagher!! Which you just know is going to be one awesome interview!!

Liam says he recently had a fight with Noel in America! He has vomited in public thousands of times! He once nicked a Mickey Mouse belt! He likes to have a bath, chill out and he’s very vain indeed! 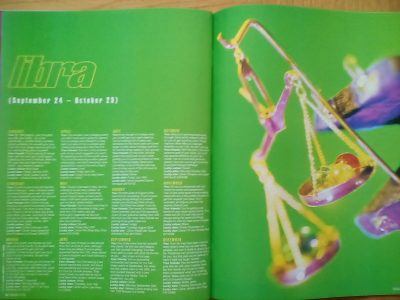 Star signs! Each sign had a page dedicated to it! 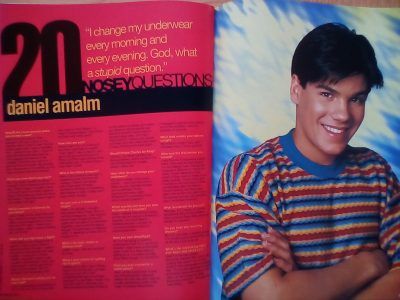 Daniel Amalm. Remember him? Jack Wilson from Home and Away! He loves hot food! Likes to stay fit! Has a 2 Unlimited single! Had fights in the school playground! Plus fancies Louise, from Eternal! 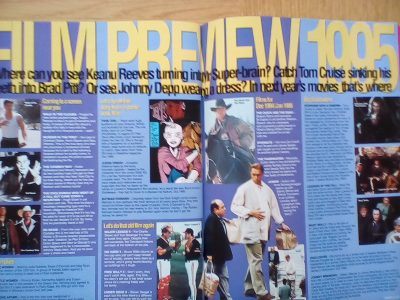 Smash Hits Year Book was a yearly treat, full of everything a teenager loved! It cost £3.99, it was certainly worth saving up the pocket money for!