For a brief period in the late 90s, it looked like Skeet Ulrich was going to be a star. After he was brought to popular attention in 1996 in back-to-back horror hits The Craft and Scream, Ulrich found himself courted by big-name directors including Ang Lee and James L Brooks. When many intended Ulrich star vehicles bombed at the box office, however, Hollywood just as quickly stopped calling. Following an unsuccessful run of indie movies in the early 2000s, Ulrich didn’t make another film for almost a decade.

It’s only in recent years that the actor, capitalising on the 90s nostalgia boom, has reemerged in the mainstream. His story would seem to be one of how fast stars can be made in Hollywood – and just how fast they can fall. 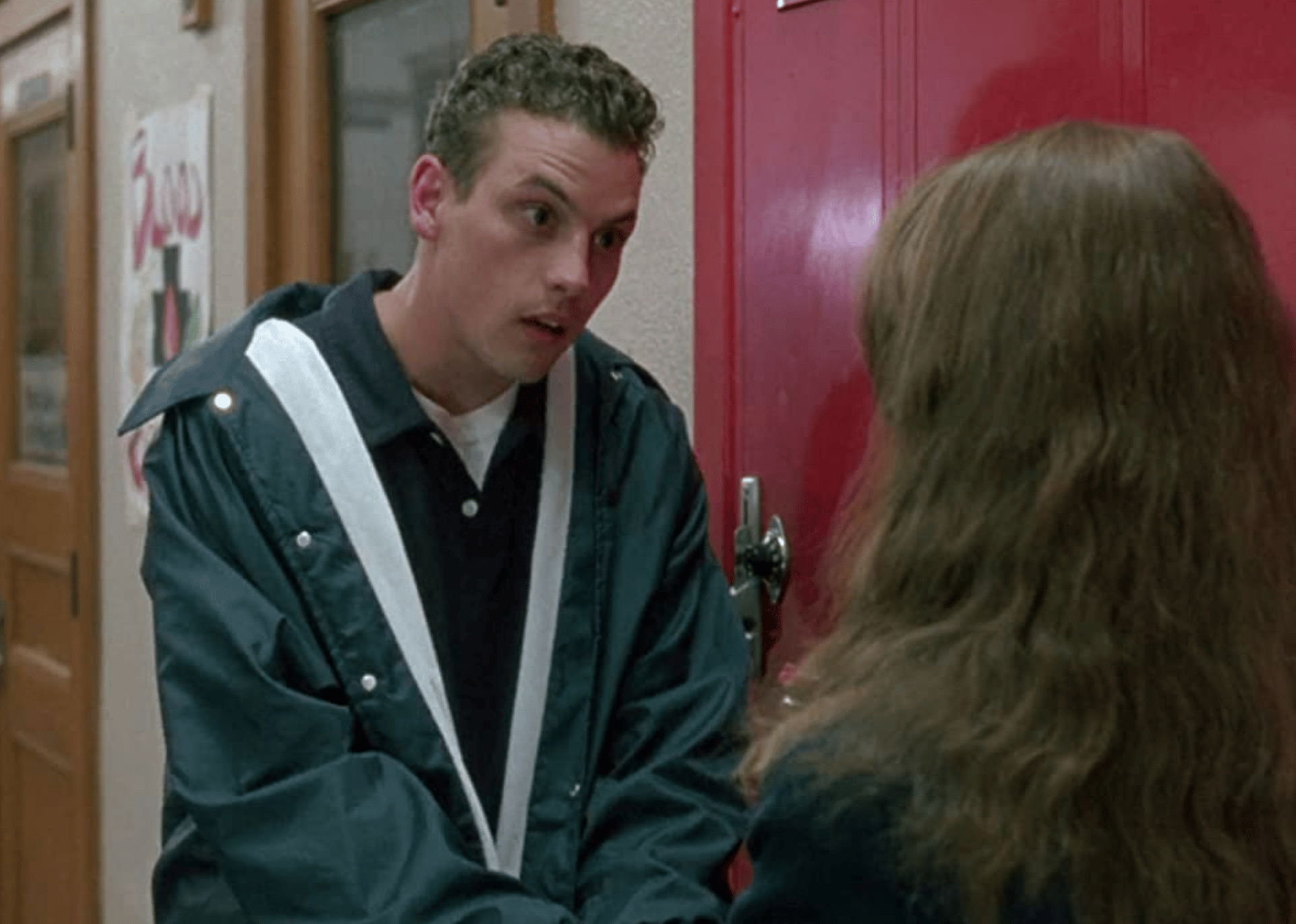 Skeet Ulrich was born in 1970 in Lynchburg, Virginia. His real name is Bryan Ray Trout, and he was born the son of an events manager mother and a restaurateur father. Skeet’s biological father was not in the picture for long, however, and his mother soon found a new partner, NASCAR driver and team owner DK Ulrich, when Skeet was just a boy. Skeet grew up calling DK Ulrich his dad, later cementing the relationship formally when he changed his name, taking on his stepfather’s surname to reflect how much of a father the man had been to him. Unfortunately, Ulrich’s relationship with his biological father was much less happy and consistent. When he was just six years old, Skeet was kidnapped by his father, along with his brother.

Skeet and his brother remained in the care of their father for a full three years, moving from state to state in order to avoid the authorities, and prevent their mother from coming to retrieve them. In that time, Skeet moved from Florida to New York to Pennslyvania, before finally being reunited with his mother in North Carolina. His father then promptly disappeared from his life, for good. 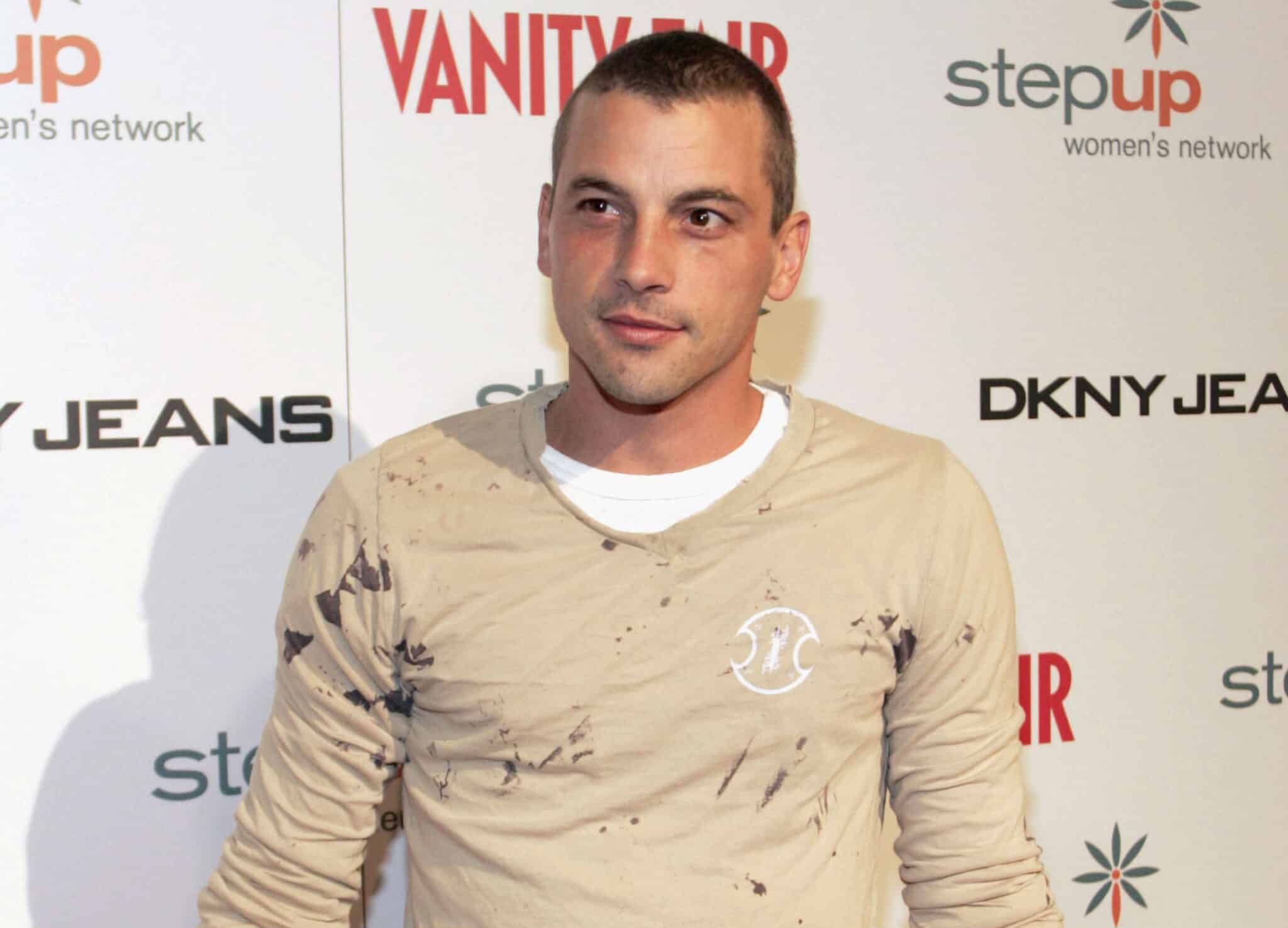 The prolonged stress had a significant effect on Skeet’s health, leading to several battles with pneumonia and even open-heart surgery at the age of ten years old, to repair a damaged ventricle. After finishing school, Skeet enrolled directly at North Carolina University to study Marine Biology, before transferring to New York University.

It was there that Ulrich began to pursue acting. He changed his name from Bryan to Skeet Ulrich to reflect the nickname he was given on his little league baseball team. (Skeet is short for mosquito, and Ulrich won this nickname from his coach because he was small, skinny and fast.) While at New York University, Ulrich was noticed by famed playwright and filmmaker David Mamet, whose support led him to join the Atlantic Theater Company. Once there, Ulrich was noticed by Stacy Cochran, a director who gave the young actor his first taste of acting for the screen when she cast him in a CBS Schoolbreak Special. 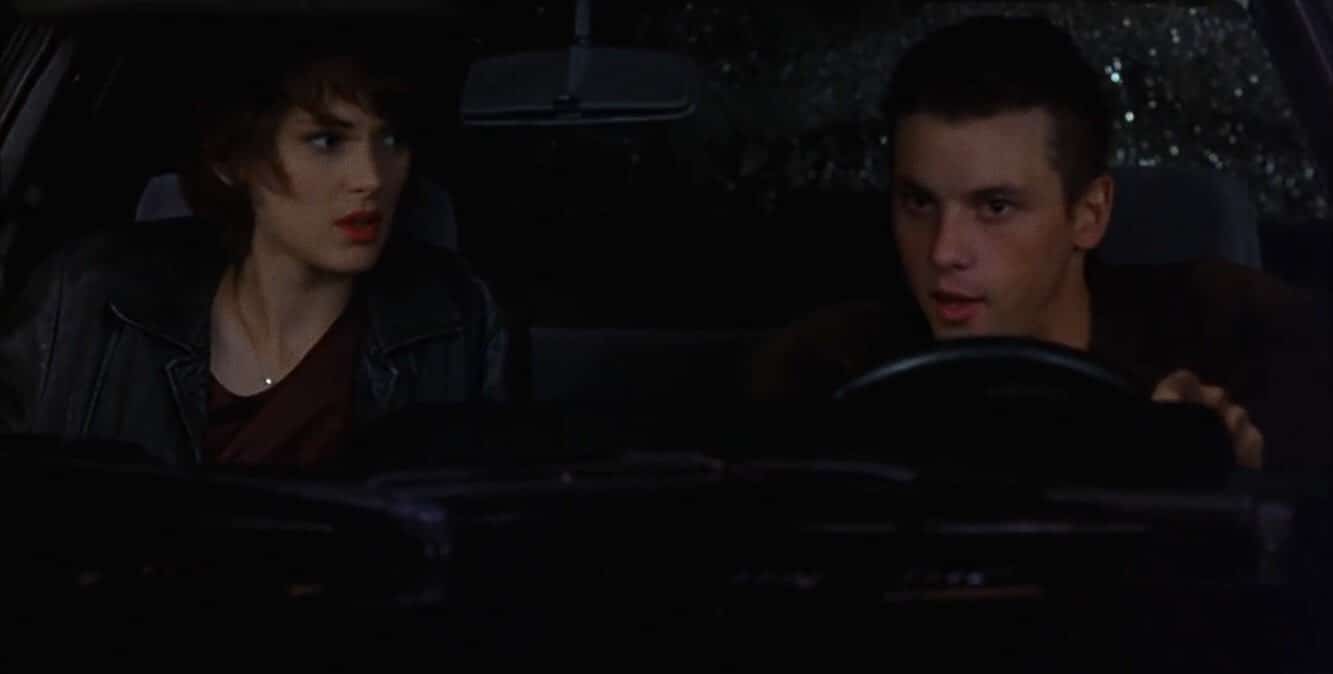 Happy with his work and convinced he needed something bigger to sink his teeth into, Cochran took the chance and helped Ulrich to secure a part in the 1996 film Boys. The movie saw him starring opposite a young Winona Ryder, as the loutish boyfriend from her past with whom she shares a car. Despite its lukewarm reception, Boys was enough to parachute Ulrich into roles in the two films for which he would become most famous: Chris Hooker in The Craft, and Billy Loomis in Scream.

Ulrich was a hit as the doomed love interest of good witch Sarah in The Craft, but his main role as a horror legend was yet to come. In Scream, Ulrich played a smouldering slasher, one half of the iconic killer duo of Billy and Stu in Wes Craven’s horror classic. With a $173 million haul making Scream one of the biggest hits of the year, Ulrich had arrived. 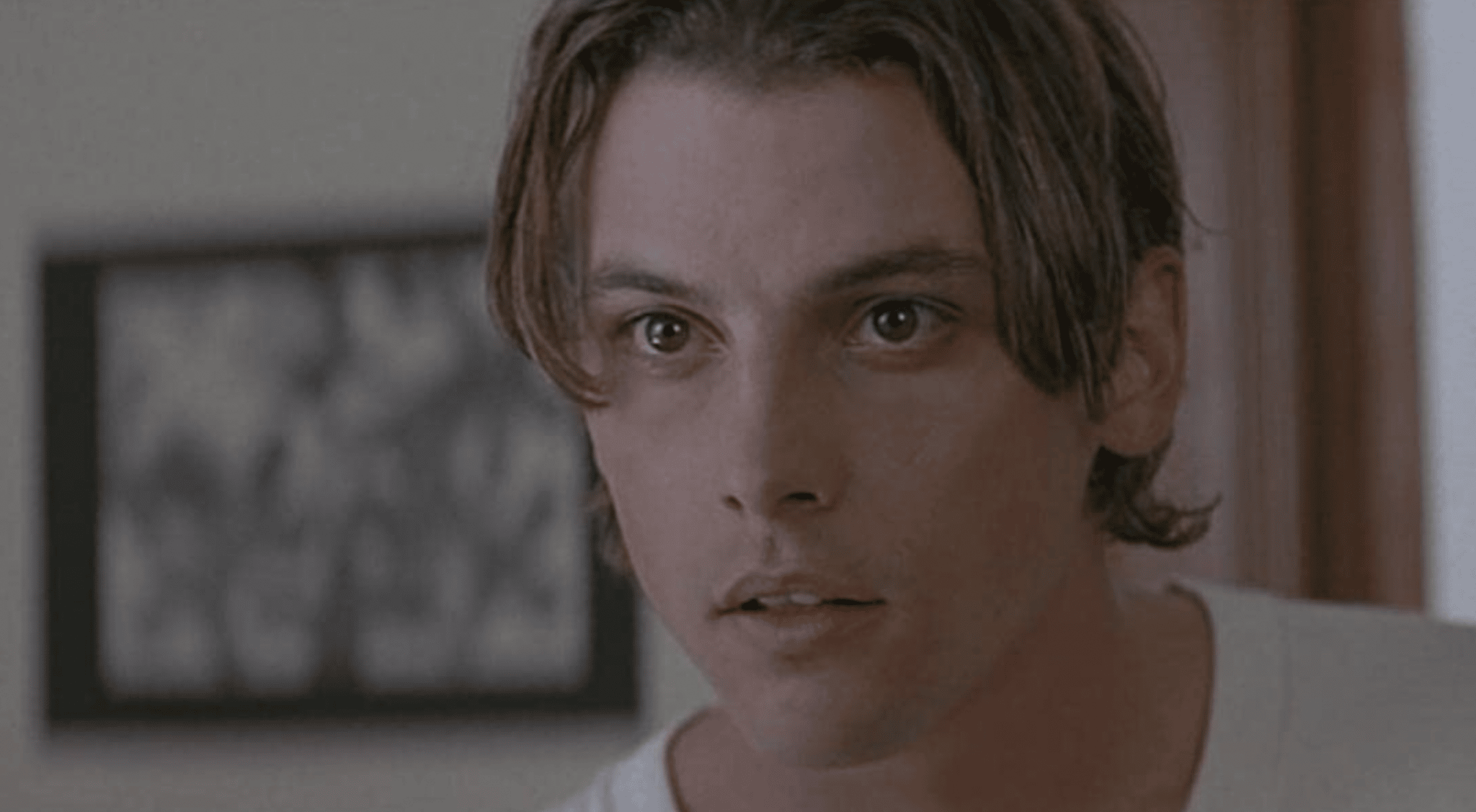 Following Scream, Ulrich was sought by a number of name Hollywood directors to star in their projects: Paul Schrader, for religious satire Touch (1997); James L Brooks, for comedy As Good as It Gets (1997); Richard Linklater, for period drama The Newton Boys (1998); and Ang Lee, for Civil War epic Ride with the Devil (1999).

Ulrich also paired with recent Oscar winner Cuba Gooding Jr for buddy action movie Chill Factor in 1999. Appearing alongside such established Hollywood royalty as Jack Nicholson and Christopher Walken, as well as other hot young 90s stars including Tobey Maguire and Matthew McConaughey, Ulrich appeared to be in good company.

Unfortunately for Ulrich, only one of these intended star vehicles – As Good as It Gets, in which he takes little more than an extended cameo – found favour at the box office. The actor branded “the new Johnny Depp” wasn’t experiencing anything like that superstar’s success.

In fact, Skeet resented comparisons to Johnny Depp. “There’s certainly worse people to be compared to,” he noted. “I always thought he was a very good-looking guy. [But] It hurt when people compared our acting and (said) I’m not half the actor he is. And yet I think I’ve done some stuff he couldn’t do.” 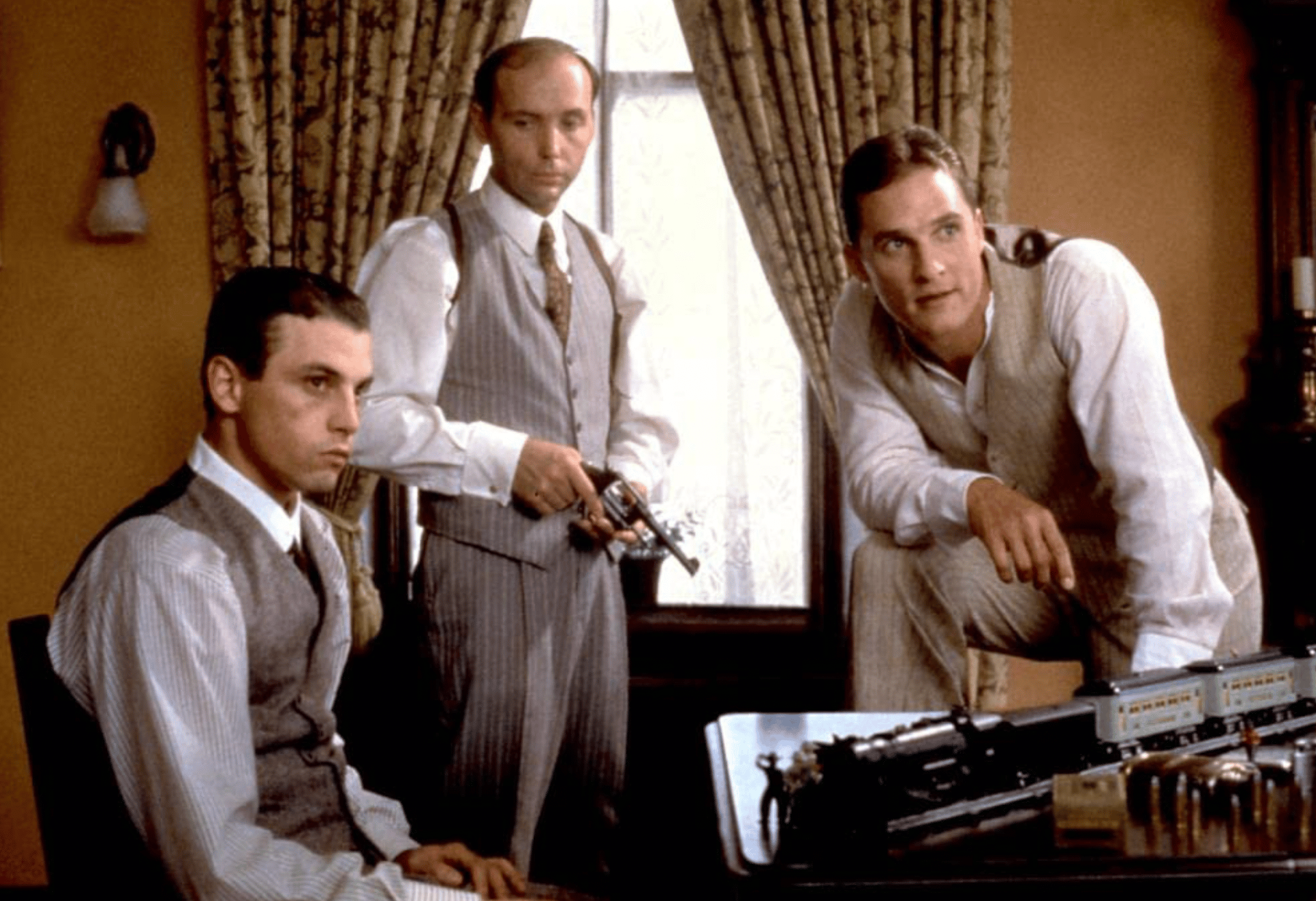 Following his string of flops, Ulrich entered the 2000s apparently already completely out of favour with Hollywood. He briefly pivoted to independent movies, but after 2001’s Kevin of the North, made the decision to move over to television instead. The actor only recently thought of as one of Hollywood’s bright new stars wouldn’t make another film until 2009. TV wasn’t much kinder to the actor. There was the 2003 ABC show Miracles, cancelled after six episodes due to low ratings. There was the 2005 Steven Spielberg-produced Western miniseries Into the West, which featured a huge cast of over 250 speaking roles, Ulrich one among them.

There was also the post-apocalyptic CBS drama Jericho, in which Ulrich played Jake Green, the reluctant Sheriff of Jericho, who takes charge of the town in the wake of tragedy and protects them from the sinister intentions of shady military agency the ASA. Like Miracles before it, Jericho was cancelled in 2006 after just one season, but its cult following saw it brought back for a second in 2008. It was then cancelled for good. 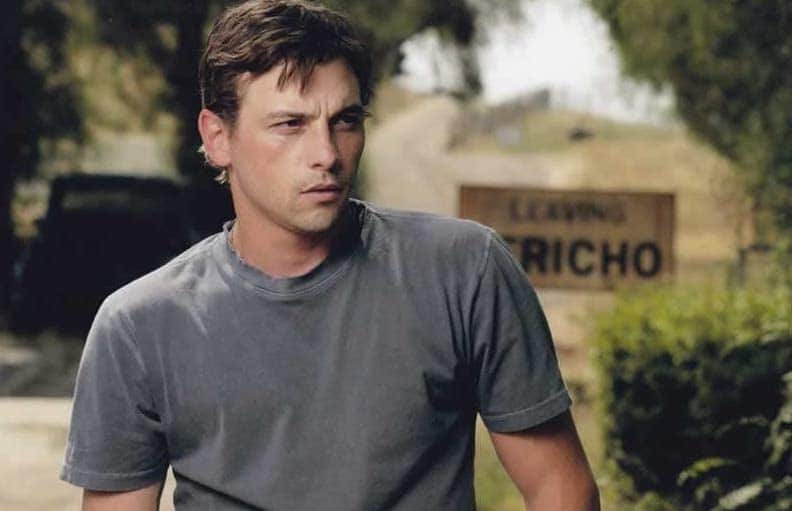 2010 saw Ulrich land a lead role in a new spin-off in the Law & Order juggernaut, Law & Order: LA. Unfortunately, Ulrich’s television curse continued, as this too was cancelled after just one season. After almost a decade of starring in doomed television shows and TV movies, it seemed like Ulrich’s career was forever stuck in the doldrums. It wasn’t until 2017, 21 years after Scream announced him to the world, that Ulrich would find himself in another hit.

Ulrich finally got his second wind when he was cast as FP Jones, former leader of the gang Southside Serpents, in the first season of Riverdale. After scattered appearances in season one, he was promoted to season regular by season two, constantly popping up to advise his children Jellybean and Jughead on quandaries. 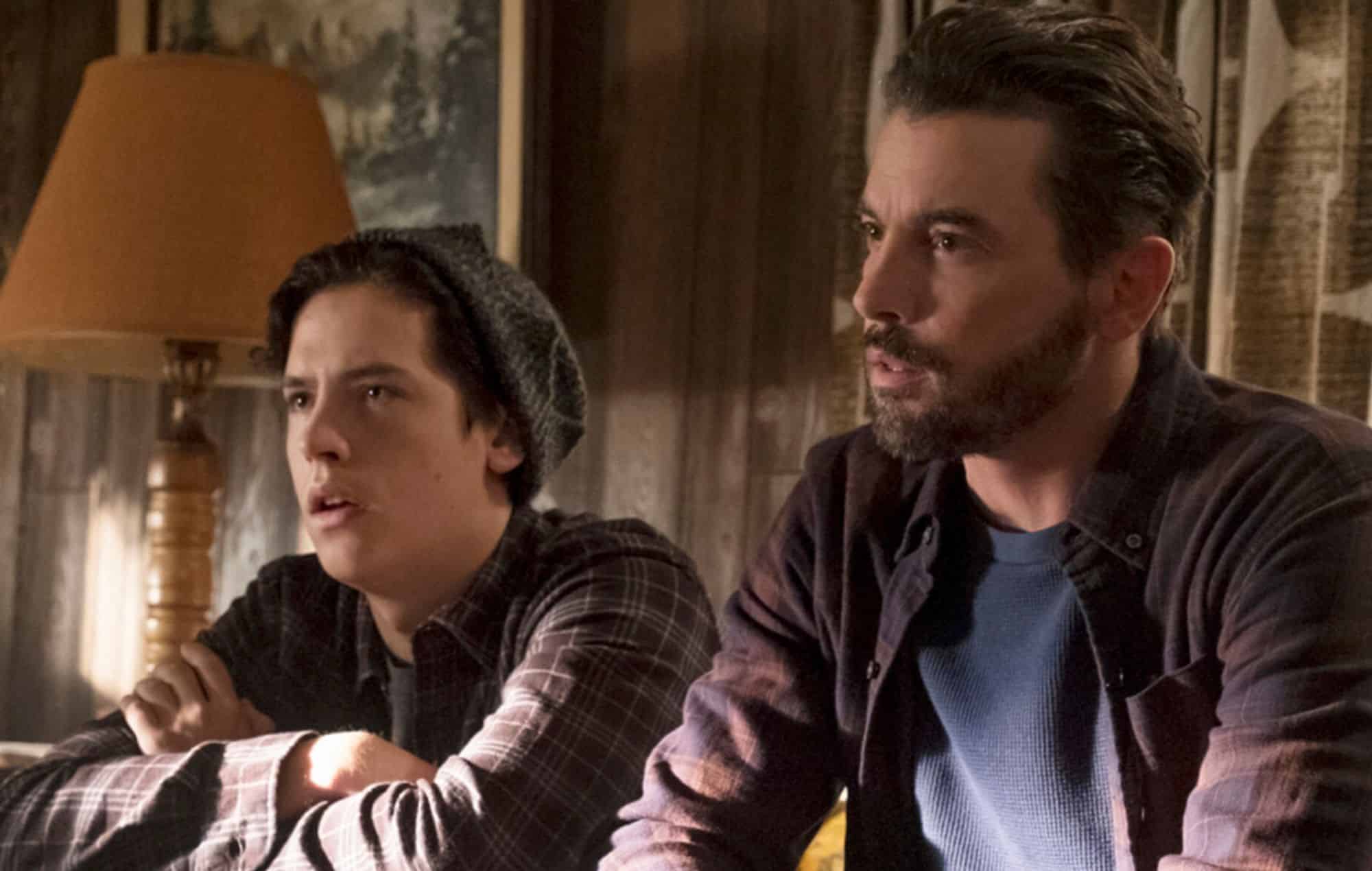 As if getting to play a dangerous criminal with a heart of gold in the hugely successful teen adaptation of the Archie comics wasn’t enough, more success was soon to come Ulrich’s way. After being stuck in development hell since 2011, when Wes Craven expressed interest in both a fifth and sixth instalment in the Scream franchise depending on the success of Scream 4, production on Scream 5 began in earnest in 2019. After numerous false starts involving The Weinstein Company and rumours of a Blumhouse-helmed Scream movie, Spyglass Media Group acquired the rights to revive the series in 2019, sparking much curiosity from fans.

Given that Ulrich had not appeared in a single Scream instalment since the first one in 1996 (bar a voice cameo in 2000’s Scream 3), not to mention the fact that Billy Loomis was killed in the original, many fans initially wrote off the idea of him returning to the franchise in 2022’s Scream. And yet… 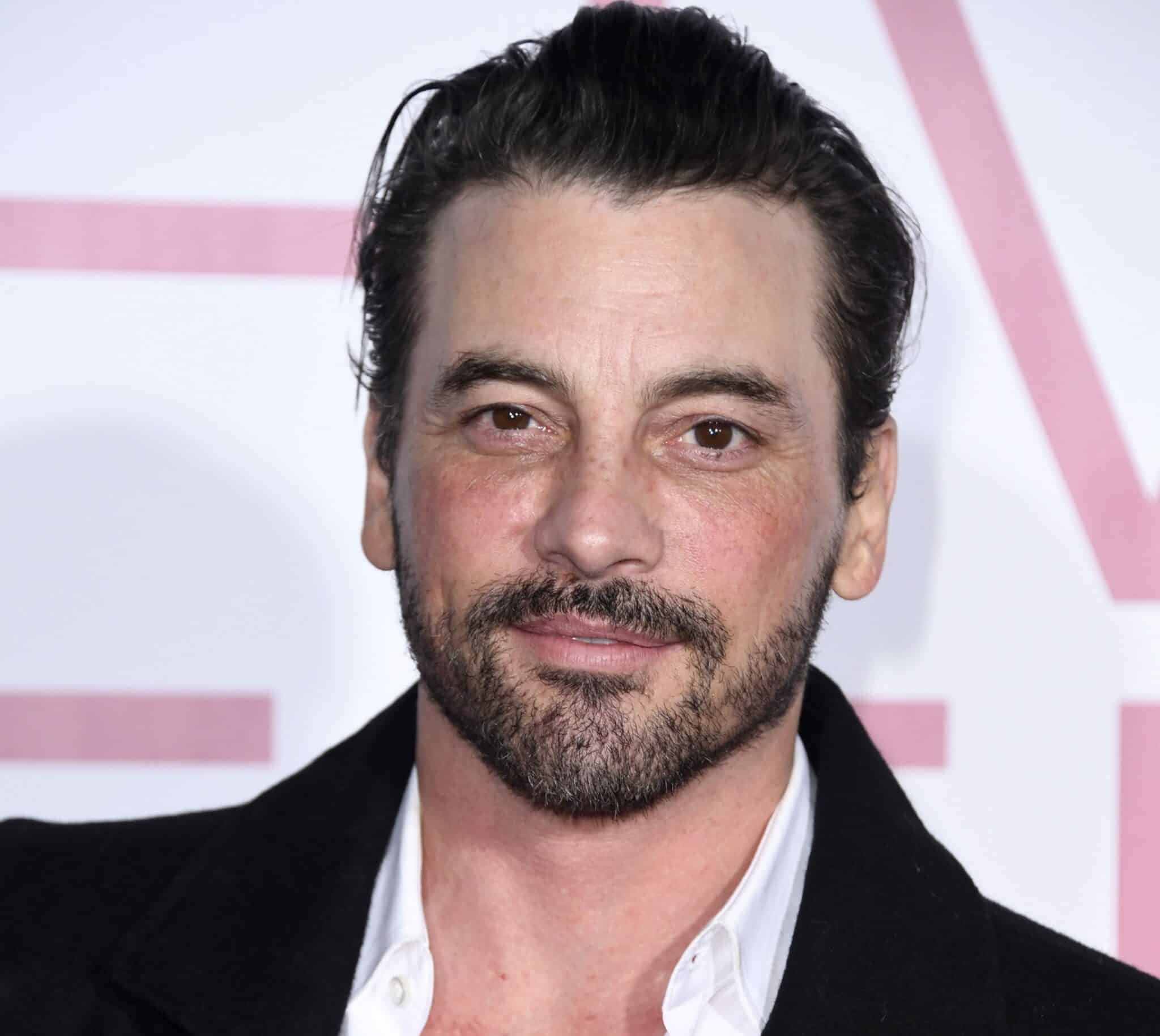 In 2021, Ulrich left Riverdale, giving the reason that he was “bored creatively” with the show. In the wake of the new Scream, he has starring roles in a series of films lined up, many of them horror, the genre that first made his name. The Scream star is now 52 years old. Ulrich has two children with his first wife, British actress Georgina Cates. The couple married in 1997 and had twins, Naiia and Jakob, in 2001. When the couple divorced in 2005, Ulrich won custody of his children and cut back on his career, becoming a stay-at-home, single dad in order to raise the twins.

Ulrich later married actress Amelia Jackson-Gray in 2012, but they too divorced, in 2015. In early 2021, Ulrich enjoyed a short-lived romance with Pretty Little Liars actress Lucy Hale, 20 years his junior. They split after three months. Over the years, Ulrich has resided in New York, Los Angeles, Southern California, and a 500-acre estate in his home state of Virginia.