Simpsons and Scientology: How Nancy Cartwright Became One of Cult’s Top Donors

Nancy Cartwright has one of the most recognised voices on Earth. Since 1987, she has been the voice of Bart Simpson, the cheeky pre-teen star of animated sitcom The Simpsons known for his catchphrases “Eat my shorts!”, “¡Ay, caramba!” and “Don’t have a cow, man!”

Cartwright has amassed a fortune through her unique vocals, but her rapid rise to fame and Hollywood connections also introduced her to a new and more troubling world: Scientology. Since 1991, Cartwright has been one of Scientology’s most active members, donating millions of dollars and launching one of their strangest marketing incidents on record.

“I was just lost”

Born on October 25, 1957, Nancy Cartwright was one of six children, raised in a Roman Catholic household in Kettering, Ohio. She excelled at public speaking as a child, and when she left Fairmont West High School in 1976, she began voicing commercials at her local radio station.

While she studied at Ohio University, Cartwright was determined to train as a voice actor. By leaving a funny voice message in a Cockney accent, she soon secured a mentor in Daws Butler, who is best known as the voice of Yogi Bear. He trained her from afar, with the pair exchanging tape recordings and scripts by post.

Cartwright transferred to UCLA to be closer to Butler and to develop new Hollywood connections. But just as she was relocating in 1978, her mother Miriam died of cancer, putting the ambitious young student into a tailspin. One of her brothers suffered a drugs-related death in the same period. 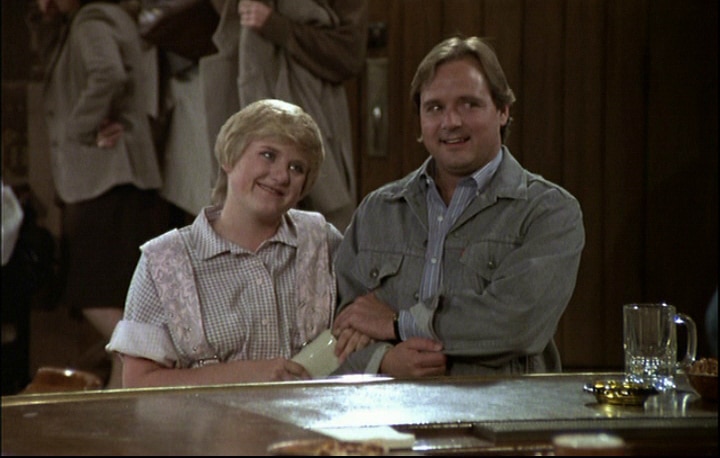 In these turbulent times, at her new university, Cartwright was grief-stricken and friendless, at one point fainting from stress. She approached a drama class assistant for help. “I told her I was just lost,” Cartwright later recalled. “She said ‘Well, probably the best thing for you to do is just get involved – we have auditions coming up.’”

To keep herself occupied, Cartwright got serious about the university’s theatre programme. After graduating, she found small voice-over work in many famous shows and movies, including My Little Pony, Sixteen Candles, Back to the Future Part II and Who Framed Roger Rabbit, and even found room for a cameo in Cheers.

“Matt Groening hired me on the spot” 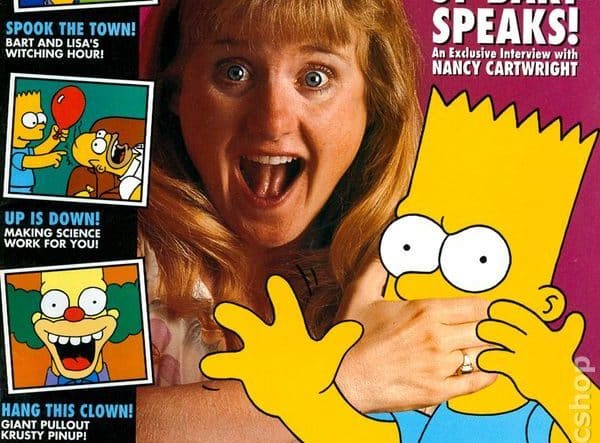 On March 13, 1987, Cartwright discovered the role that would make her famous: Bart Simpson. She auditioned for a new animated short series that would feature on The Tracey Ullman Show, and its creator Matt Groening introduced Cartwright to two potential roles.

“I saw Lisa there, but the audition for Bart was right there, and bam, between 8-year-old middle child and a 10-year-old school-hating underachiever and proud of it – who would not wanna do that, man?” she would later tell Vox. “That’s the one I wanted to do, and I did it, and Matt Groening hired me on the spot.”

In 1989, The Simpsons became a fully-fledged half-hour show on Fox. Its popularity skyrocketed in the 90s. “There was controversy: kids were expelled from school for wearing Bart Simpson t-shirts, which I thought was really cool,” Cartwright later reminisced to Rolling Stone.

Cartwright would also go on to voice Nelson Muntz, Ralph Wiggum, Todd Flanders, Kearney and Database on the show. She was soon earning $30,000 per episode, which was raised to $125,000 in 1998. In 1992, Cartwright earned a Primetime Emmy Award for the role of Bart, and she was named among Time Magazine’s 100 Most Important People of the 20th Century.

Bart Simpson shared much of Cartwright’s own personality, especially his mischievous and fun-loving side. But in contrast, Cartwright’s personal and religious beliefs were absent from the TV show – and she was happy about that. “It would ruin the show if Bart ever got moral,” she told The Washington Post in a 1994 interview. These words would later come back to bite her.

“This is how they suck you in” 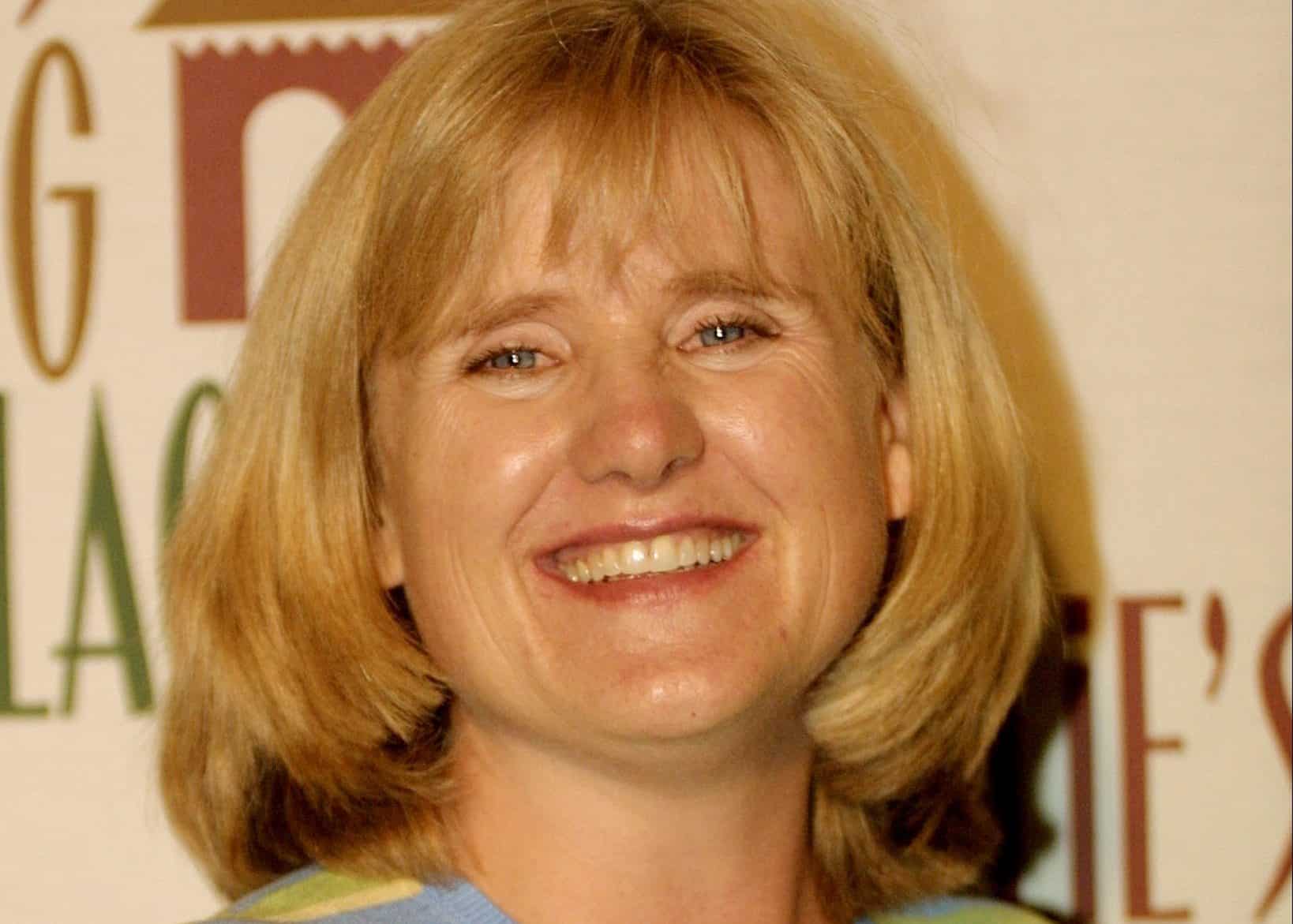 Despite her phenomenal rise to fame and ever-growing fortune, Cartwright was still longing for something. “I was bummed because I hadn’t had a committed relationship in my life,” she later told The Washington Post. “I was rapidly approaching 30 and I wanted to get married and have kids. I thought that maybe I could find a relationship by going to a church.”

Cartwright went to an actor friend’s BBQ party and the conversation turned to religion. All of the attendees were Scientologists – and all of them arrived with partners. Cartwright was intrigued.

Founded by science fiction writer L. Ron Hubbard in the 1950s, Scientology is a religion that is widely described as a cult. It teaches that the study of Dianetics, Hubbard’s personal brand of therapy, will erase harmful memories from your past experiences and even past lives, through a process known as ‘auditing’.

With as many as 400,000 practitioners worldwide, Scientology is known best for its wealthiest and most famous followers, including Tom Cruise, John Travolta and Kirstie Alley. Scientologists are encouraged to spend thousands of dollars on courses, study materials and classes with the organisation. 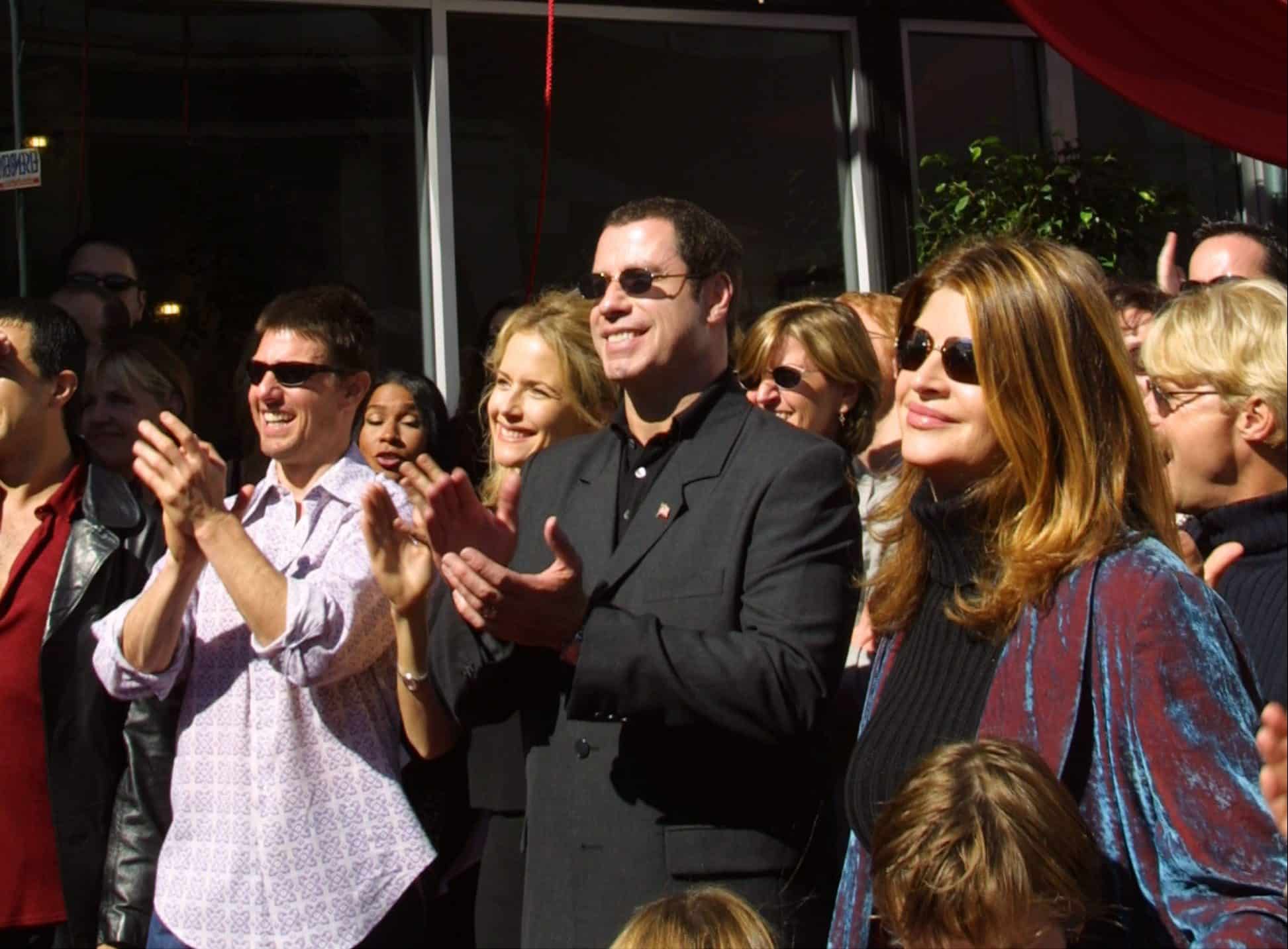 “This is how they suck you in,” research professor David S. Touretzky says of Scientology. “They offer these innocuous-seeming self-improvement courses for 40 bucks, then they start to interest you in Dianetic auditing…It’s a kind of crack psychotherapy.”

Cartwright began poring over Hubbard’s religious writings and joined the Church of Scientology in 1991. She was particularly comforted by his teachings on grief, and later noted that it helped soothe her grief for her mother and brother: “I had been carrying that loss of family around a long time, and I wanted to fix it. Scientology was practical and had a spiritual edge.”

On her 31st birthday, Cartwright met the American author and long-time Scientologist Warren Murphy, who was 24 years her senior. They married just two months later, and had two children together named Lucy and Jack.

“All of this is because I became a Scientologist”

Cartwright has credited ‘all’ of her personal and professional successes of the 90s to her newfound faith. “My abilities expanded so far and above what I originally dreamed for myself that I’ve amazed even myself at my enormous increase of abilities,” she told the website WhatIsScientology. “…I’ve got two beautiful children, an incredibly supportive husband, a staff working with me for the same future dreams and goals, and all of this is because I became a Scientologist.” 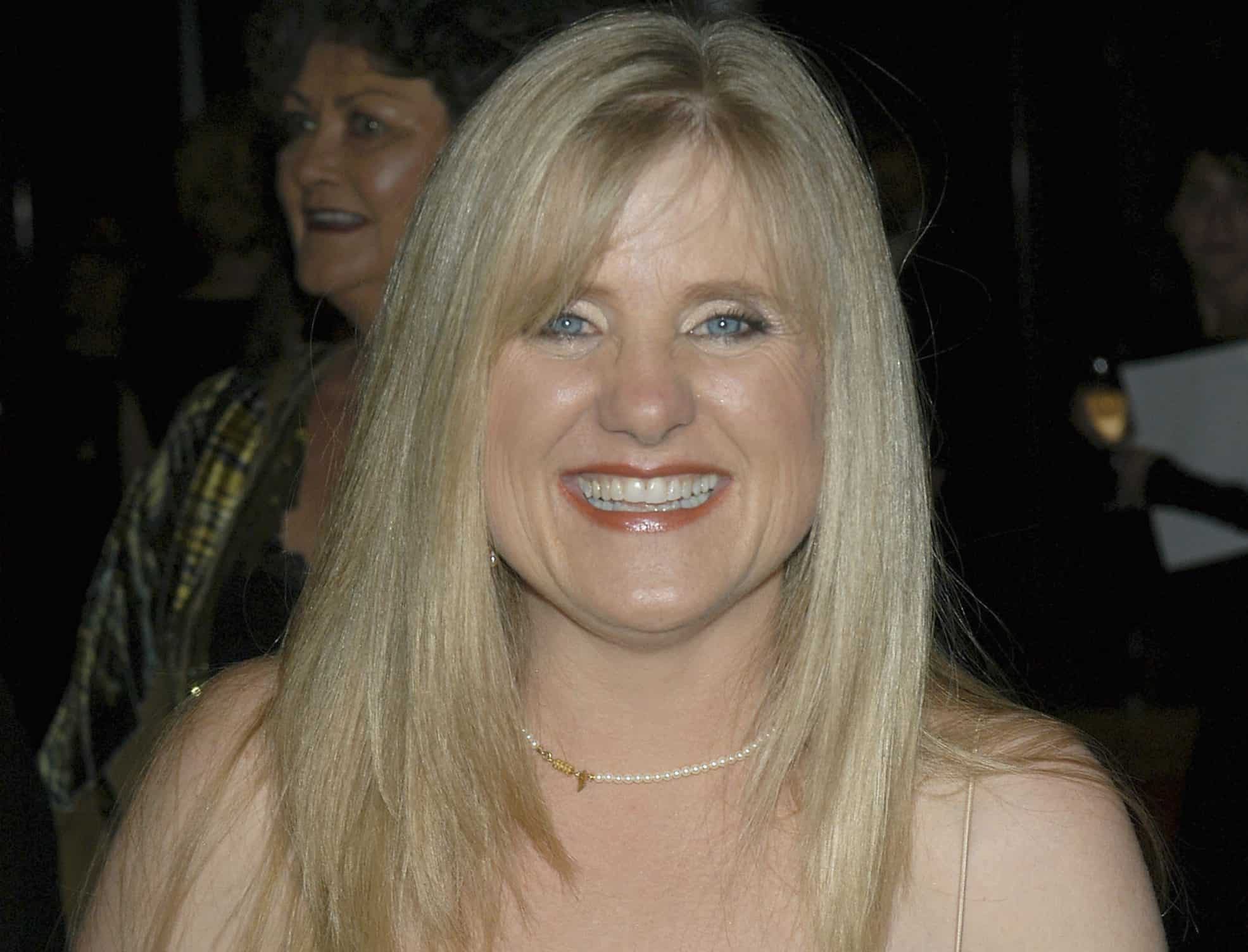 Scientology had a profound impact on Cartwright’s own philosophies and beliefs. In one interview, when asked if she believes in God, she replied: “I believe that there is a power that I am striving for. I think the best way to describe that would be to name that ‘God’, you know? And ideally I would have to say that I am striving to be that God.”

Cartwright’s marriage to Murphy was not to last, and the pair divorced with little fanfare in 2002. She continued to participate actively in the Church, hosting meet-ups at her mansion in Northridge, Los Angeles.

She became engaged to another Church member, Steve Brackett, with wedding plans for spring 2008. Described as a “high-end general contractor” by Variety Magazine, Brackett was hired to work on a restaurant’s construction in that same year. He received a policy from the American Safety Casualty Insurance Company, reportedly backed by Cartwright.

According to ASCIC, Brackett instead “diverted contract funds” straight to the Church of Scientology. The wedding between Brackett and Cartwright was seemingly delayed. When the restaurant project was half-done, Brackett – reportedly overcome with financial stress – committed suicide in 2009. ASCIC later filed a lawsuit against Cartwright for over $260,000 in expenses.

Cartwright’s devotion to Scientology never wavered. In 2007 alone, she donated $10 million to the Church, far outstripping Tom Cruise, who had donated $5 million in total over the previous four years. 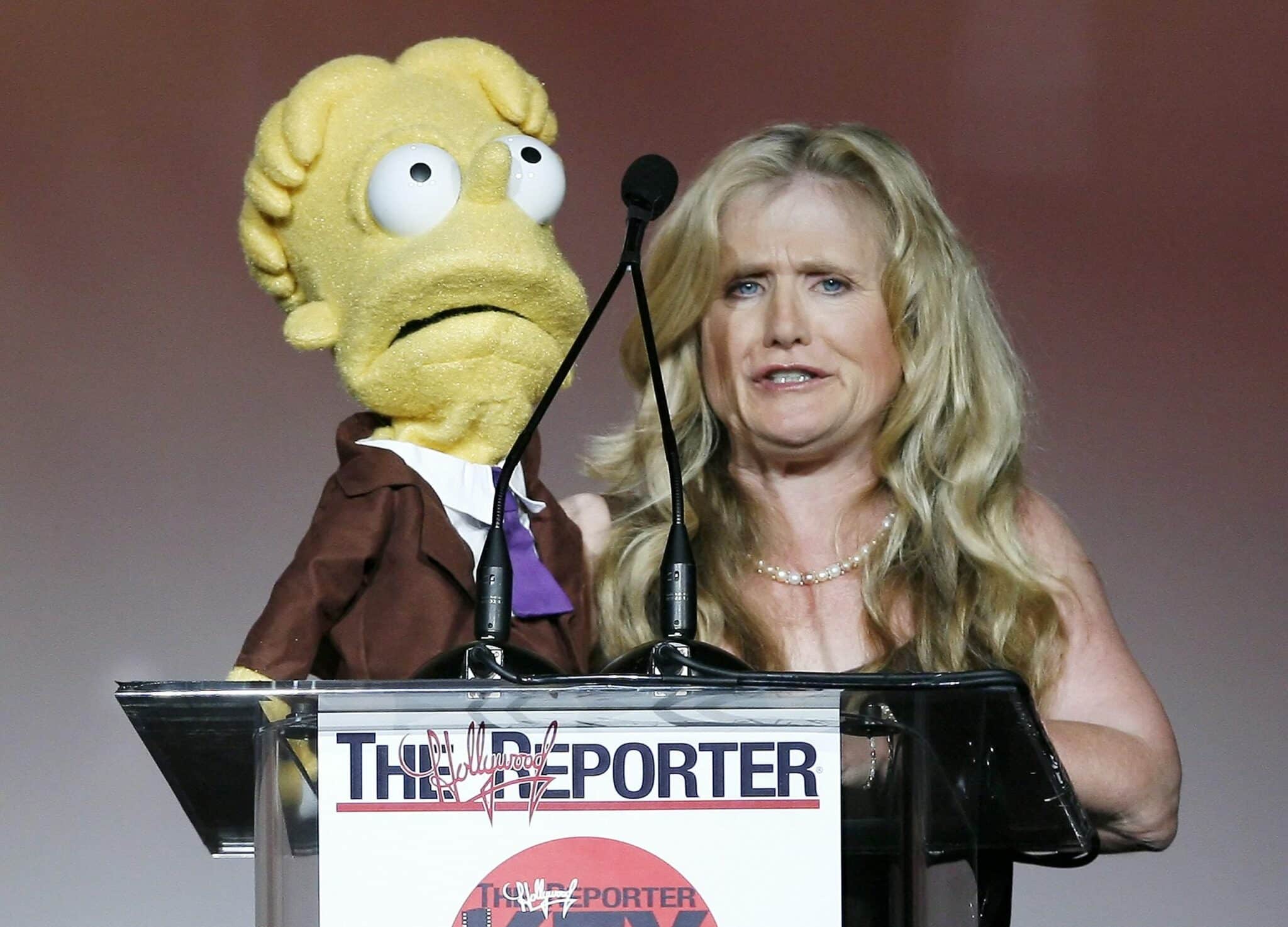 In the following decades, Cartwright continued with Church activities, soaring through their pre-paid courses and fundraising for a new Scientology project in the San Fernando Valley. Journalist Tony Ortega described her as “perhaps the single busiest major Scientology celebrity in recent years.”

“She’s so hardcore, she even polices the other celebrities,” one source from Scientology’s Celebrity Centres has said. “She considers herself the ideal standard of a Scientology celebrity, and she lets the others know it if they aren’t measuring up to it.”

At long last, in 2009, Cartwright’s professional career and love for Scientology clashed. While recording an automated phone message promoting a Scientology event in Hollywood, Cartwright used her Bart Simpson voice.

“It’s gonna be a blast, man!” Cartwright said, slipping between voices. “I will be there to share my many wins as a Solo NOTs auditor and to see the Golden Era of film presentation of FLAG: The Mecca of Technical Perfection. I hope you can make it, man.” 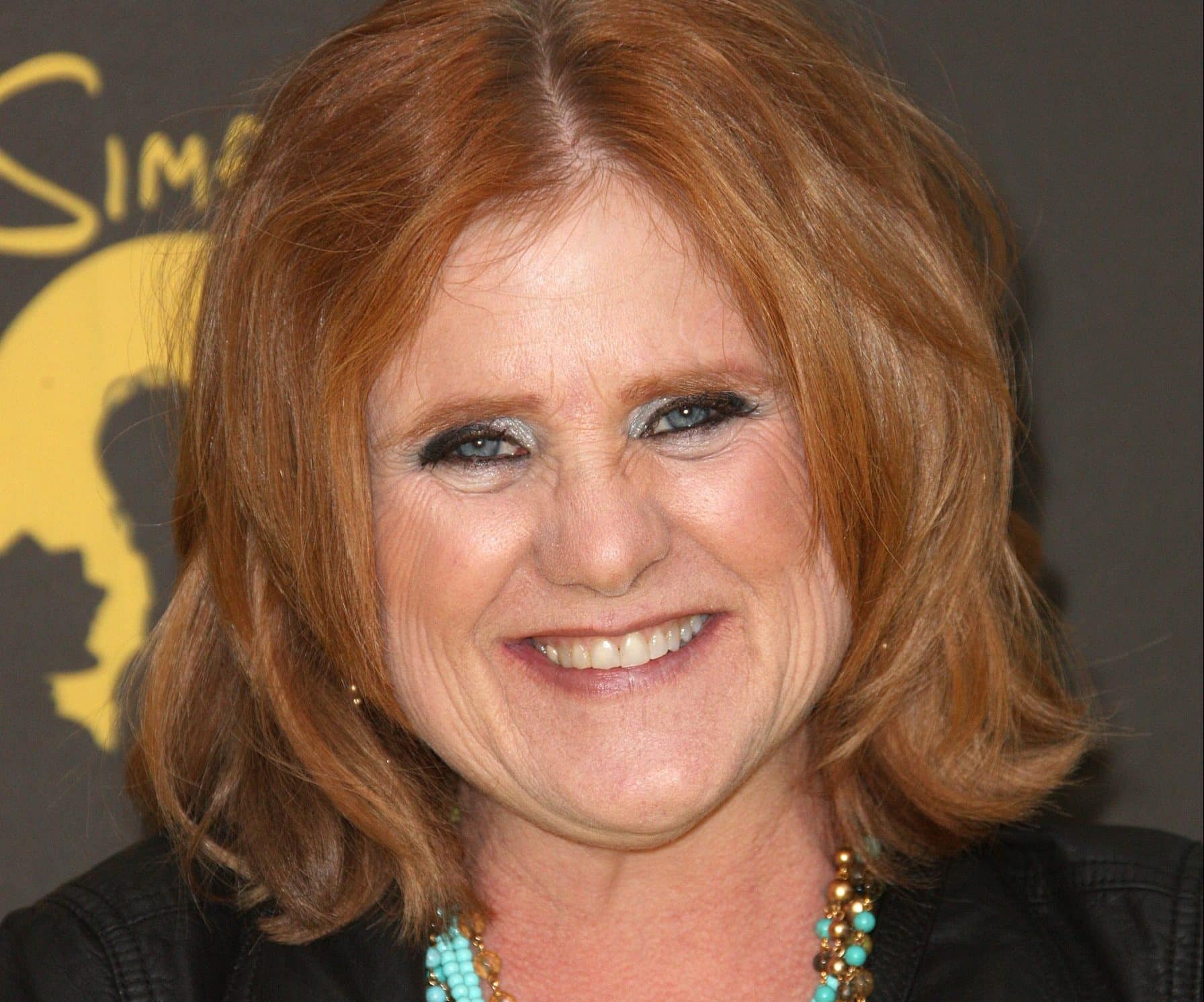 Bart’s voice is copyrighted. Cartwright is allowed to use it in public, but must seek approval when recording original dialogue. Simpsons executive producer Al Jean stated that the phone message was ‘not authorized’ by the franchise – but Matt Groening chose to overlook it, saying that the issue had been “blown up beyond what was intended.”

In 2019, Cartwright reached $17.5 million in total donations to the Church. She has also become a campaigner for better education around prescription drugs, co-founding the Know More About Drugs alliance. This group took over hundreds of billboards in Los Angeles, with unnerving illustrations relating to child drug abuse.

This campaign met with a mixed reception, as Scientology is imbued with anti-psychiatry sentiment and preaches that mental illness is a hoax. “I decided that I wanted to do something impactful – even disturbing – and yet strike a chord of truth,” Cartwright said, adding, “As far as religion goes, it’s not pertinent when it comes to the Know More About Drugs Alliance and campaign.”

“We just didn’t want to deal with the fallout” 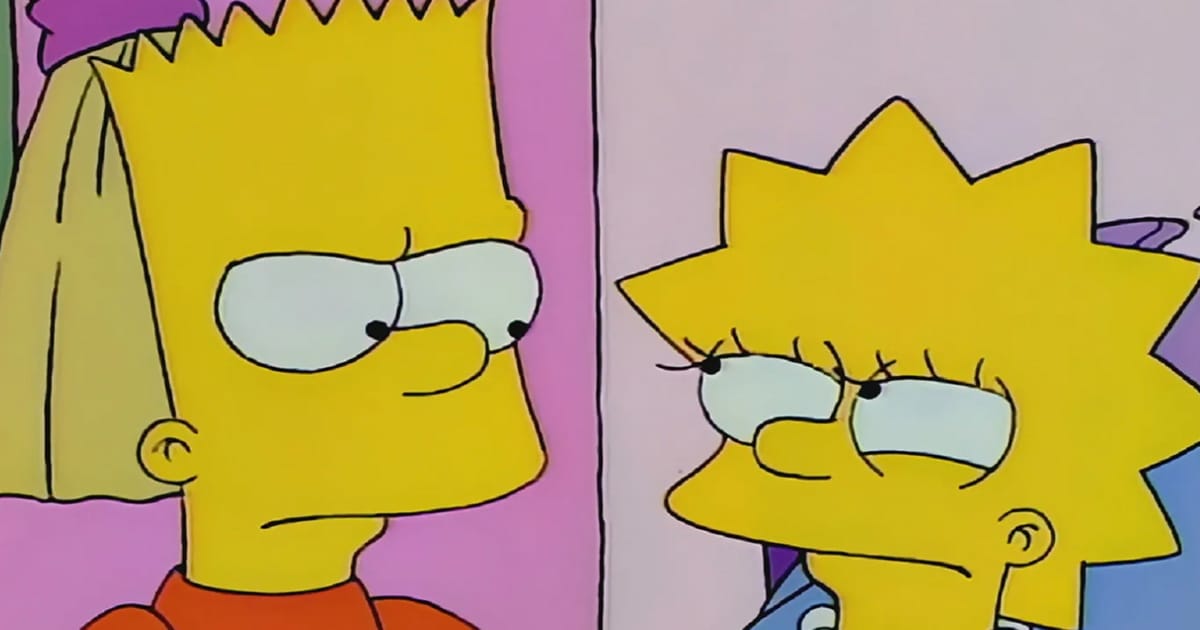 It seems likely that Cartwright’s devotion to Scientology is in part why the religion has never been addressed in The Simpsons, despite the show’s usual lack of concern for ridiculing the rich and powerful. While one episode, 1998’s The Joy of Sect, alluded to Scientology with a religious cult named Movementarianism, the subject would have been addressed more directly and abrasively in an earlier planned episode, Lisa the Scientopteran.

It is reported that this episode would have seen Lisa join a cult called the Scientopterans, whose name leaves little mystery as to which religion it was modelled on. No official reason was ever given for the episode being abandoned, but series writer and producer Bill Oakley once nodded to the episode, remarking in an online Q&A that it had “a hilarious and fully worked out” story by George Meyer.

Covering himself legally, Oakley insisted “I can’t reveal the subject matter here but we never went forward with it because of 1) legal ramifications and 2) the fact that at least a couple of people on the staff/cast would’ve felt personally attacked by the episode and we just didn’t want to deal with the fallout.” We can safely assume the identity of at least one of the Simpsons cast members he’s referring to.