Largely invisible to most music fans until the early 1990s despite them having formed a decade earlier, R.E.M. would go on to become one of the most popular music acts of all time, selling more than 90 million albums across the globe.

Originally made up of university friends Michael Stipe, Peter Buck, Mike Mills and Bill Berry, R.E.M. gave us some of the most memorable songs of our youth with the likes of Losing My Religion, Shiny Happy People and Everybody Hurts.

Below are 10 fascinating facts about the band from Athens, Georgia, who were once described by the late Kurt Cobain as being “the greatest.”

10. They have admitted to sounding terrible when they started out 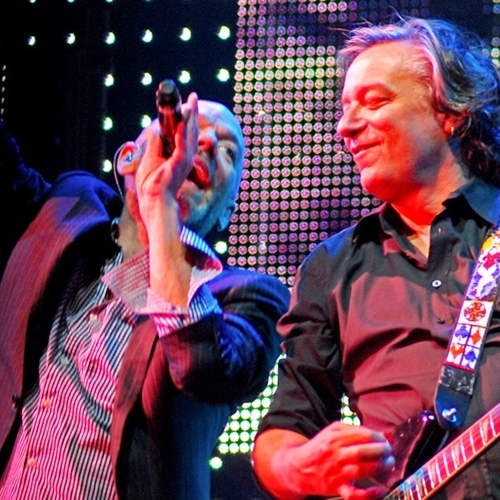 R.E.M. formed in 1980 and started out playing at weddings and local country clubs, with lead singer Michael Stipe admitting that they sounded less than impressive during their early days.

“When we started out, Buck couldn’t really play the guitar and I couldn’t sing,” Stipe has been quoted as saying. “We were like a speed metal band when we started.”

9. Their name was chosen at random from a dictionary 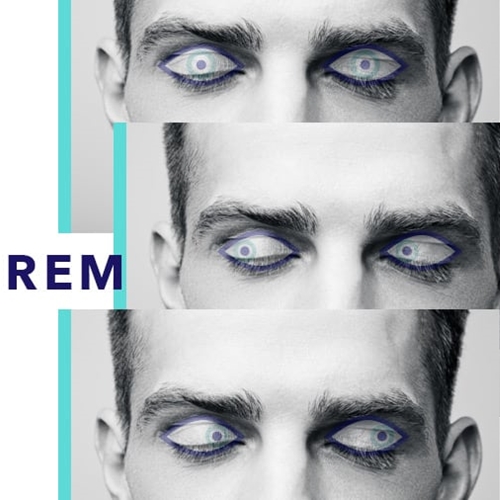 Whilst brainstorming a number of different band names after their formation, the four friends were said to have briefly considered calling themselves Can of P*ss or N**ro Wives.

The name R.E.M. – an acronym for rapid eye movement, a period of sleep when your eyes move rapidly in different directions – was chosen when Michael Stipe came across it randomly in a dictionary.

8. Michael Stipe has admitted to making up words on some early songs 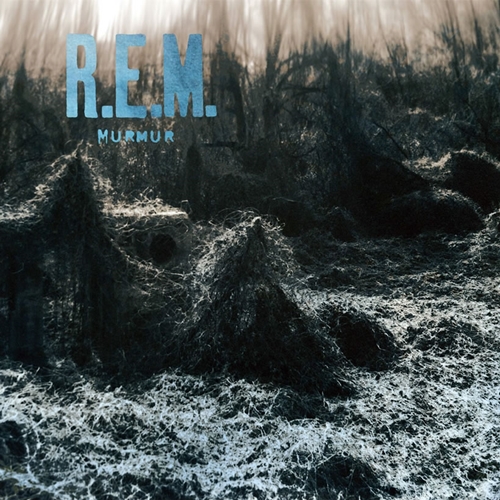 It’s sometimes quite difficult to make out the words Michael Stipe is singing on the band’s early albums Chronic Town and Murmur.

And Stipe, who became known for his distinctive vocal style, did later admit that he sometimes made lyrics up as he went along during the band’s formative years.

7. They didn’t have a hit single until the release of their fifth album 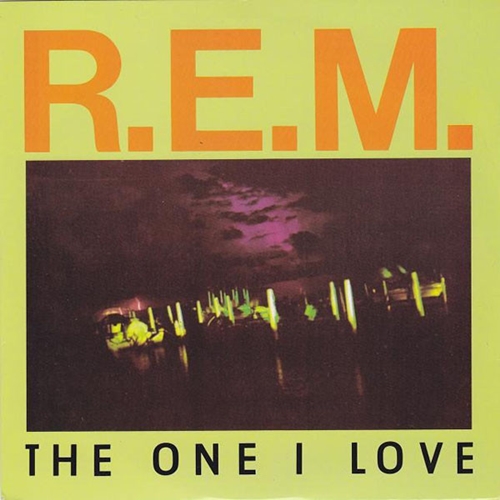 R.E.M. were considered an underground success for many years, but it wasn’t until the release of their fifth album Document in 1987 that they had their first hit single.

The One I Love, which Michael Stipe once described as “incredibly violent” and “about using people over and over again,” reached number nine in the US and number 16 in the UK.

6. Shiny Happy People was nearly the theme tune to the sitcom Friends 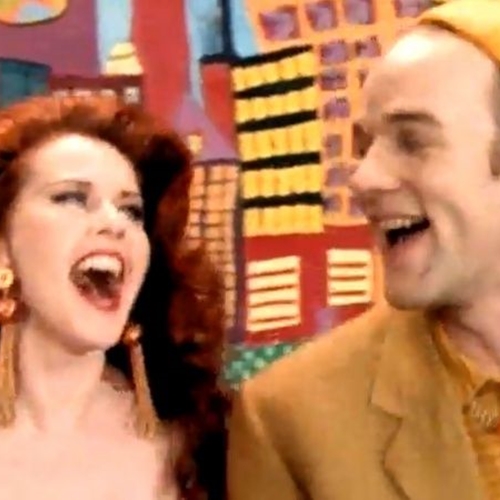 The band’s 1991 single Shiny Happy People, which was the only one of their songs to reach the top 10 in both the UK and the US, was originally going to be the theme tune to the popular US sitcom Friends.

The song was even used to introduce Friends’ unaired pilot episode, but R.E.M. reportedly turned down the opportunity for it to become the show’s permanent theme, and The Rembrandts’ I’ll Be There for You was chosen instead.

5. They released a new Christmas single 24 years in a row 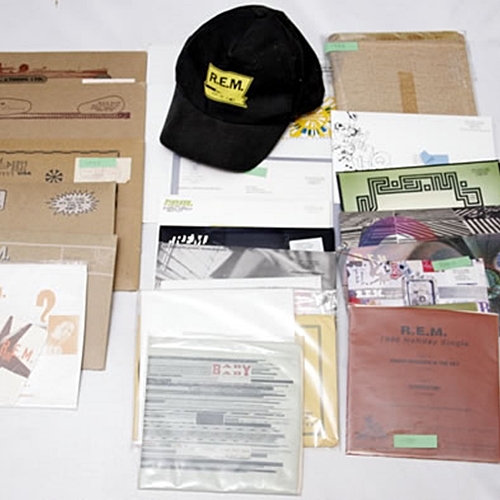 R.E.M. certainly embraced the season of goodwill, recording a Christmas single every year from 1998 until 2011.

But rather than releasing their 24 festive tracks into shops they distributed them to members of their popular fan club, which is widely considered to be one of the best of all time. The songs in question ranged from live tracks to previously unreleased demos.

4. Michael Stipe opened up about his sexuality in 1994 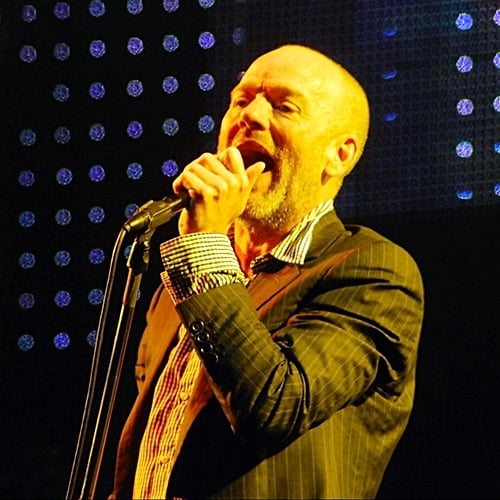 After many years of rumours and uncertainty, with the singer himself rarely giving away any hints, in 1994 Michael Stipe revealed that he was gay.

Writing about this time in his life in Rolling Stone Magazine two decades later, Stipe said that coming out “helped develop the clarity of my voice and establish who I would be as an adult.”

3. They were considered pioneers of alternative rock 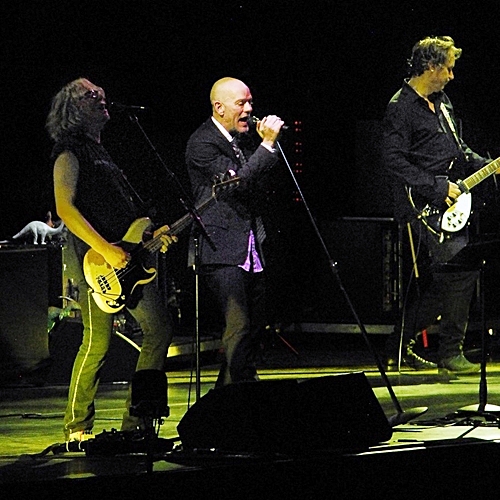 In the alternative rock boom of the early 1990s, bands like Nirvana and Pavement were said to have viewed R.E.M. as the pioneers of the genre.

Johnny Marr from the British band The Smiths was once quoted as saying that they “really respected R.E.M. We had to keep an eye on what those guys were up to.”

2. They recorded three albums without a drummer 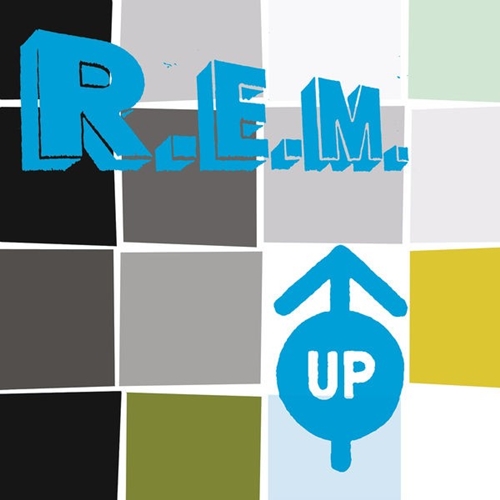 R.E.M.’s drummer Bill Berry left the group in 1997, partly due to a brain aneurysm that he suffered three years earlier, but rather than replace him immediately the band instead recorded three albums without a drummer in the studio.

The remaining trio used a drum machine on their albums Up, Reveal and Around The Sun, before hiring Bill Rieflin to hold the sticks for 2008’s Accelerate. 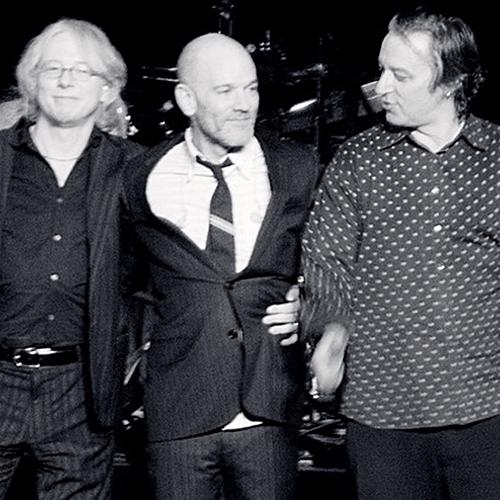 All of the band’s former members pursued their own solo projects, with Michael Stipe releasing his own photography book alongside his various musical projects.