‘The Shining’ May Prove The Moon Landing Was Fake

According to writer and director Jay Weidner Stanley Kubrick faked the moon landing and then left little hints in the classic horror movie The Shining.

In a post that he already deleted, he theorized that the Apollo 11 landing was in fact directed by Kubrick and he gave us hints in the Shining as a way to apologize.

The theory is soley based on the fact that Kubrick directed 2001: A Space Odyssey. He directed this movie at the same time they were prepping to make their way to the moon. Do you think this is true? I think not but he makes a compelling point. Here are his theories and connections to the film.

The Overlook Hotel Is America

The entire movie Jack’s wife and son Danny wear the colors red, white, and blue. The manager also wore the same color scheme throughout the movie. So the hotel symbolizes America according to his theory.

Weidner writes: “The real truth is that this movie is really about the deal that Stanley Kubrick made with the Manager of the Overlook Hotel (America). This deal was to get Kubrick to re-create, in other words, to fake, the Apollo 11 Moon landing.” 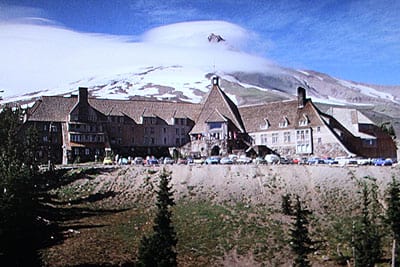 Weider claims that this is a connection to the 237,000 miles distance to the moon.

But in an interview with Kubrick, he stated that the Timberland Lodge changed the room to 237 in fears of people not wanting to ever stay in a room that such a horror movie was shot in. Room 237 doesn’t exist in the hotel. 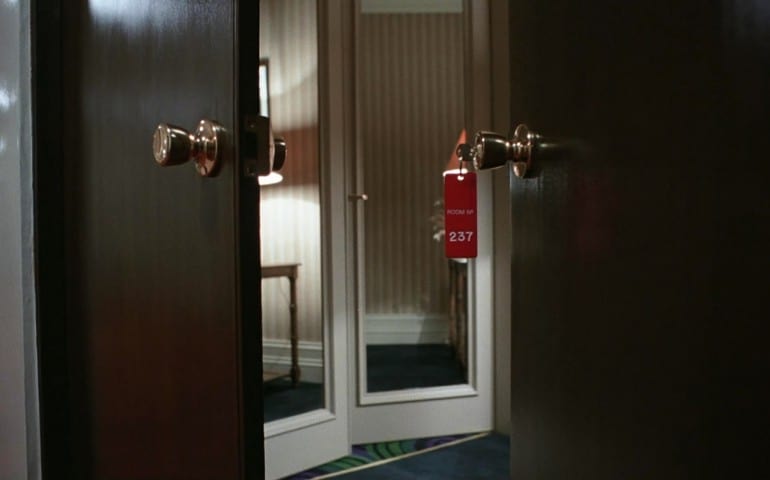 Danny’s sweater directly related to this.

Remember when Danny was playing the hallway with his toys? He was wearing an Apollo 11 USA sweater.

Weidner again claims: “Danny is literally carrying a symbolic Apollo 11, on his body, via the sweater, to the Moon as he walks over to room 237. Why do I think this? Because the average distance from the Earth to the Moon is 237,000 miles.”

NASA has confirmed that these numbers are indeed correct. 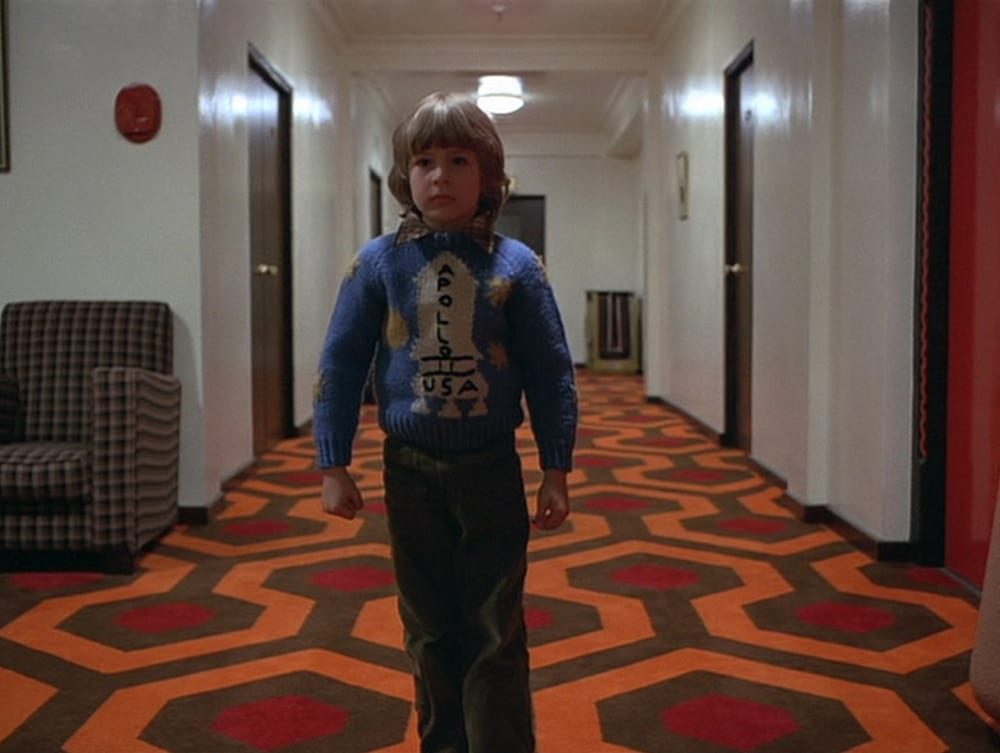 In the room where Jack throws the tennis ball at the wall, you can see what looks like a bunch on Native American motifs. But if you have an imagination you might see rockets getting ready to launch. 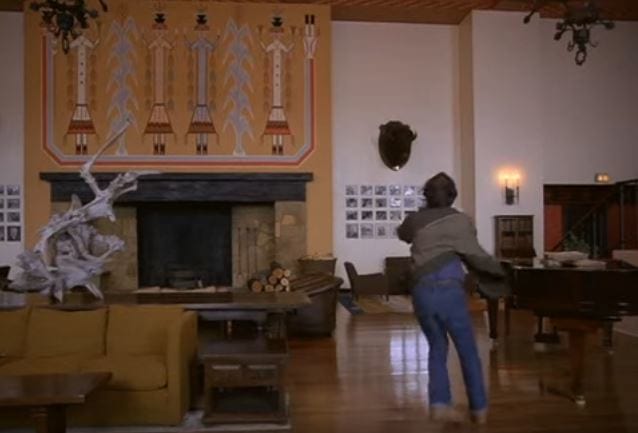 The font of Jack’s typewritten mantras ‘All work and no play makes Jack a dull boy’ are another far-fetched hint at the ‘All’ being read as ‘A11’ for Apollo 11.