Sir Sean Connery has died at the age of 90, according to his family.

Connery was best known for his portrayal of the iconic secret agent James Bond. He was the first actor to bring the role to the big screen and went on to appear in seven of the 25 spy thrillers.

As well as Bond, Connery also starred in many other movies and won numerous awards including an Oscar, two Bafta awards and three Golden Globes.

His other most notable films included The Hunt for Red October, Indiana Jones and the Last Crusade and The Rock.

Connery was arguably the best actor to have ever played Bond and is often named as such in polls over the years.

Connery won his Oscar back in 1988, after being named best supporting actor for his role as an Irish cop in The Untouchables.

The Scottish actor was also knighted by the Queen at Holyrood Palace in 2000.

Back in August this year he turned 90.

Although he had now retired after a career spanning five decades, Connery has gone down as one of the best actors to come out of the 20th century.

Here are 10 facts about the man.

10. His first job was as an Edinburgh milkman 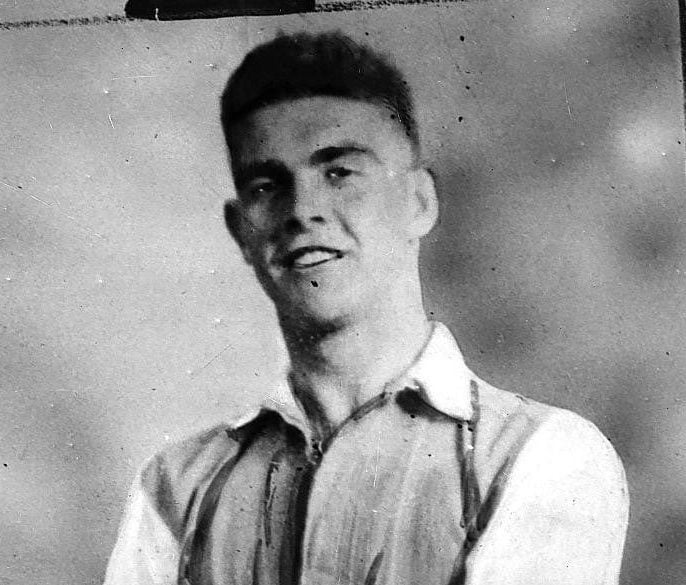 Before Connery hit the big-time as Bond, he worked as a milkman in Edinburgh. Coincidentally, Fettes School was on his milk run – the same school that Bond attends after being expelled from Eton.

Connery recently revealed that once, when he was back in Edinburgh for the city’s Film Festival, he impressed a taxi driver with his ability to name every street they drove past. The driver asked how he knew the roads so well, prompting Connery to explain that he used to be a milkman. The cabbie then asked: “what do you do now?” Connery said that question was “harder to answer.”

9. He got a ‘Scotland Forever’ tattoo when he enrolled in the Royal Navy 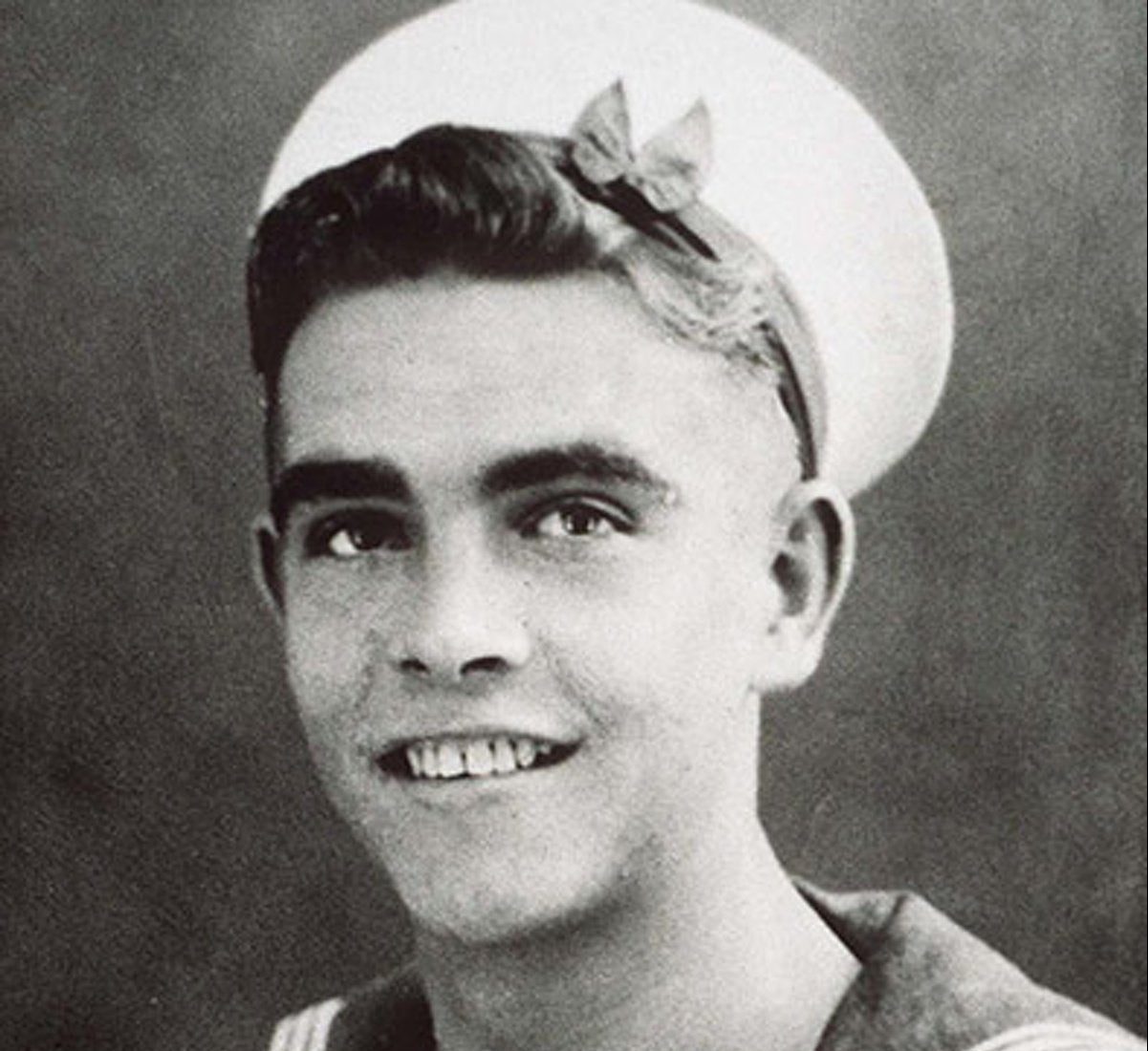 Like Bond, Connery served in the Royal Navy. He joined up when he was just 16 and promptly got a tattoo reading ‘Scotland Forever’ on his shoulder to mark the occasion. You’d struggle to see the tattoo in any Bond films, as it was covered with heavy makeup during shooting.

Connery may have never graced the silver screen if it wasn’t for a serendipitous illness cutting his naval career short. A duodenal ulcer meant that Connery had to be discharged from the Navy on medical grounds, and the disability pension he received while on leave helped him financially as he began to find acting work.

8. He turned down an offer to portray Gandalf in the Lord of the Rings series as he couldn’t understand the story 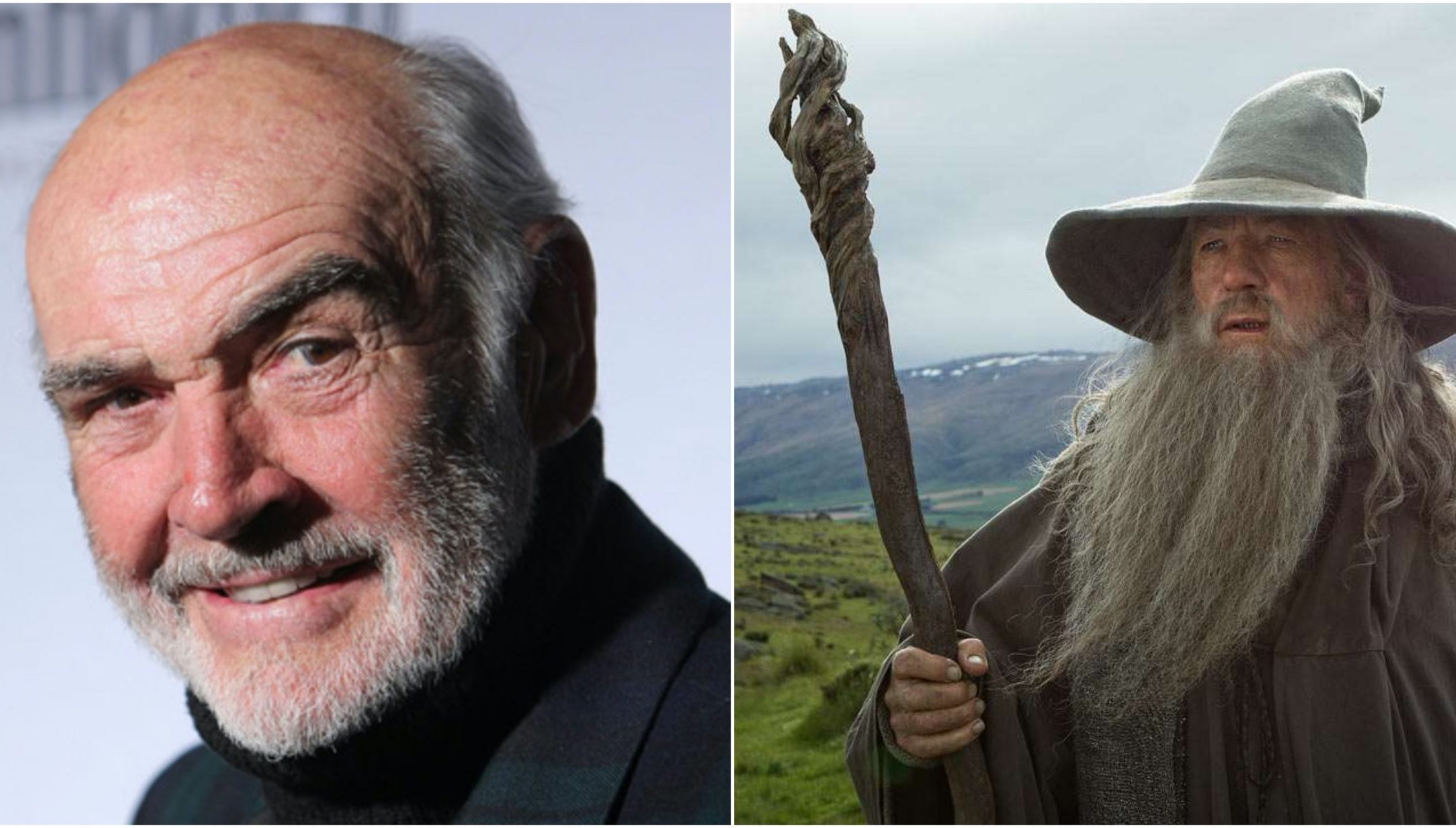 Connery turned down the role of Gandalf in hit franchise Lord of the Rings simply because he didn’t understand the script. Despite being offered a $10 million salary and 15% of the box office profits, Connery wasn’t interested. According to Looper, the film series’ total earnings total a staggering $5.9 billion – meaning Connery missed out on a serious amount of money.

Speaking in 2012, Connery said of the part: “I never understood it. I read the book. I read the script. I saw the movie. I still don’t understand it. Ian McKellen, I believe, is marvellous in it.” Good to know he’s at peace with losing out on over $760 million!

7. He was once stopped by a policeman called Sgt James Bond for speeding 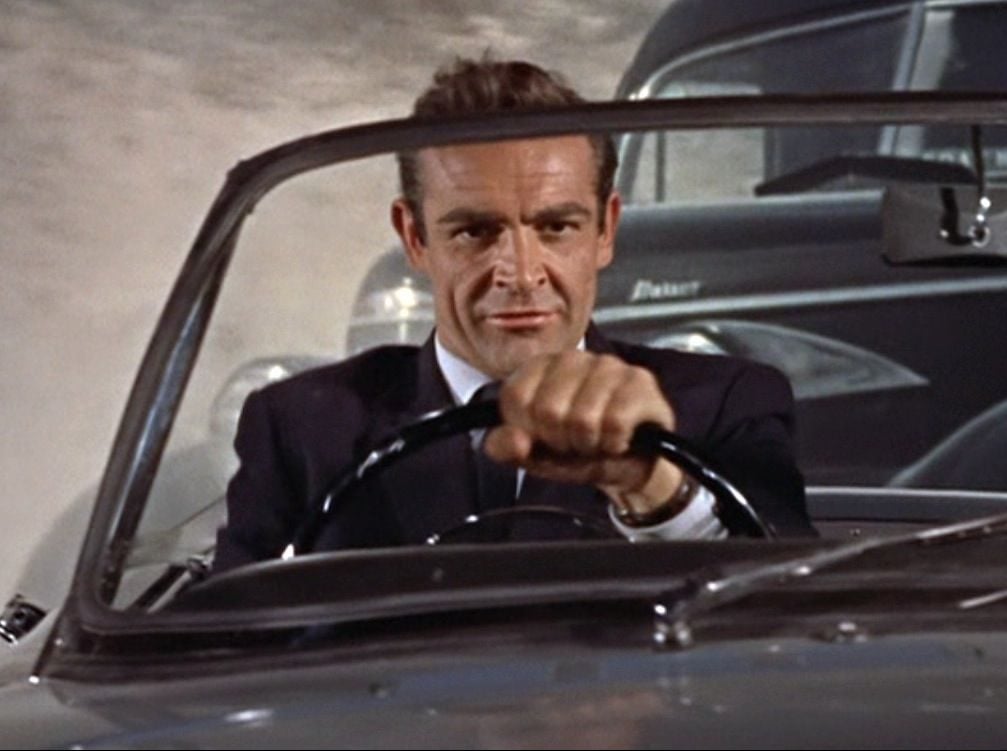 It’s hard to imagine Connery, who by now is so closely associated with Bond’s dazzling and glamorous persona, doing something as mundane as getting pulled over for a speeding ticket. But in October 1967, Connery was pulled over and given a £15 speeding ticket in London.

The incident wasn’t completely unremarkable, however. It turns out that the policeman who gave Connery the ticket was called Bond – James Bond. Sgt. Bond told reporters: “It’s unfortunate, but I was just born with this name and there’s nothing I can do about it.” 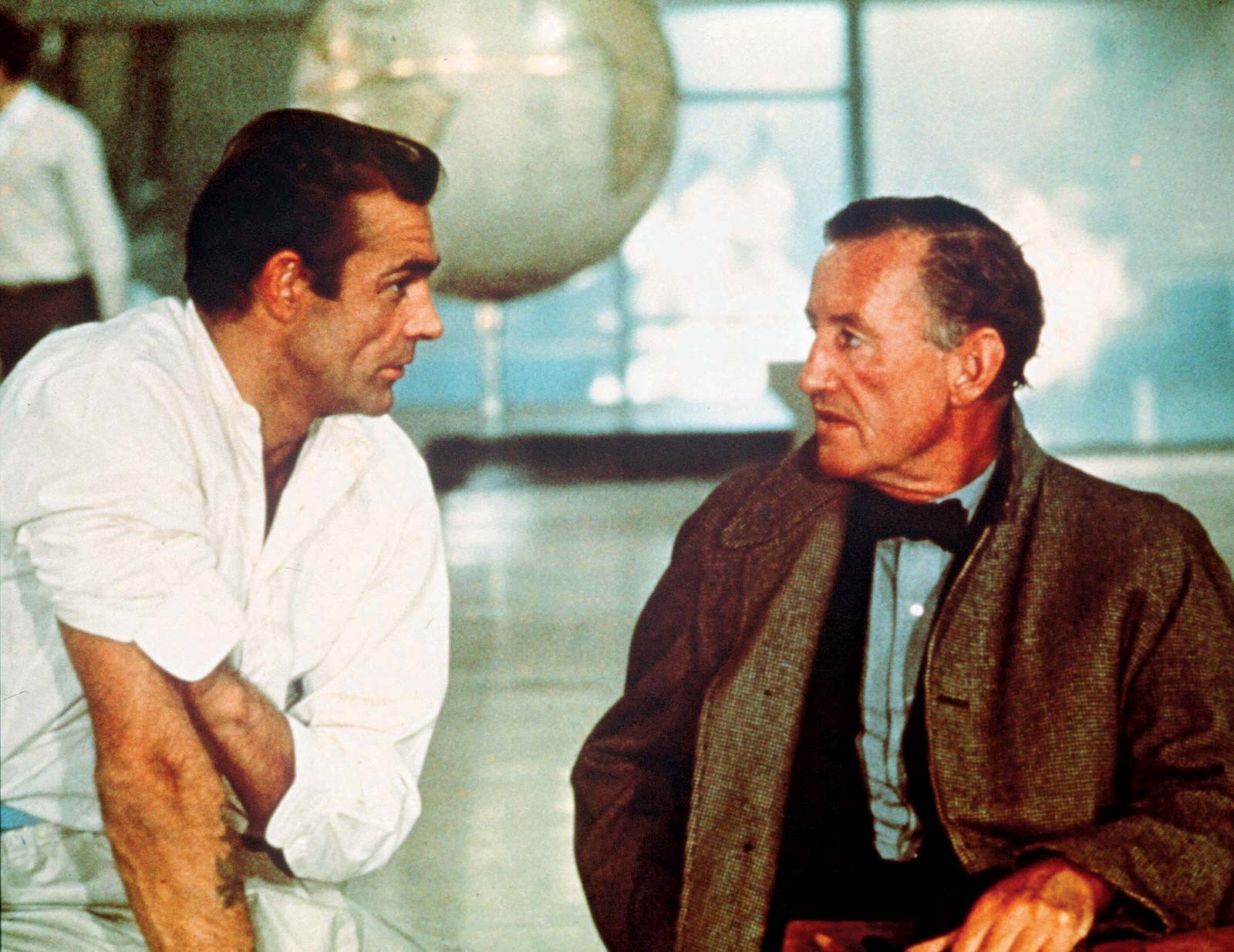 Bond creator Fleming was not happy with the choice of actor for the leading man in the first Bond film, Dr No. He reportedly said of Connery: “I’m looking for Commander Bond and not an overgrown stuntman.” Fleming’s first choice of actor to play 007 was actually Cary Grant, but as he was 58 he only wanted to commit to doing one film. Connery was younger and more flexible, and so the author had to settle for the Scottish actor despite his misgivings.

Fleming came around after the successful premiere of Dr No. He was so impressed with Connery’s performance that he even wrote in Scottish heritage for Bond in later novels.

5. He used to babysit for British journalist Peter Noble and actress Marianne Stone 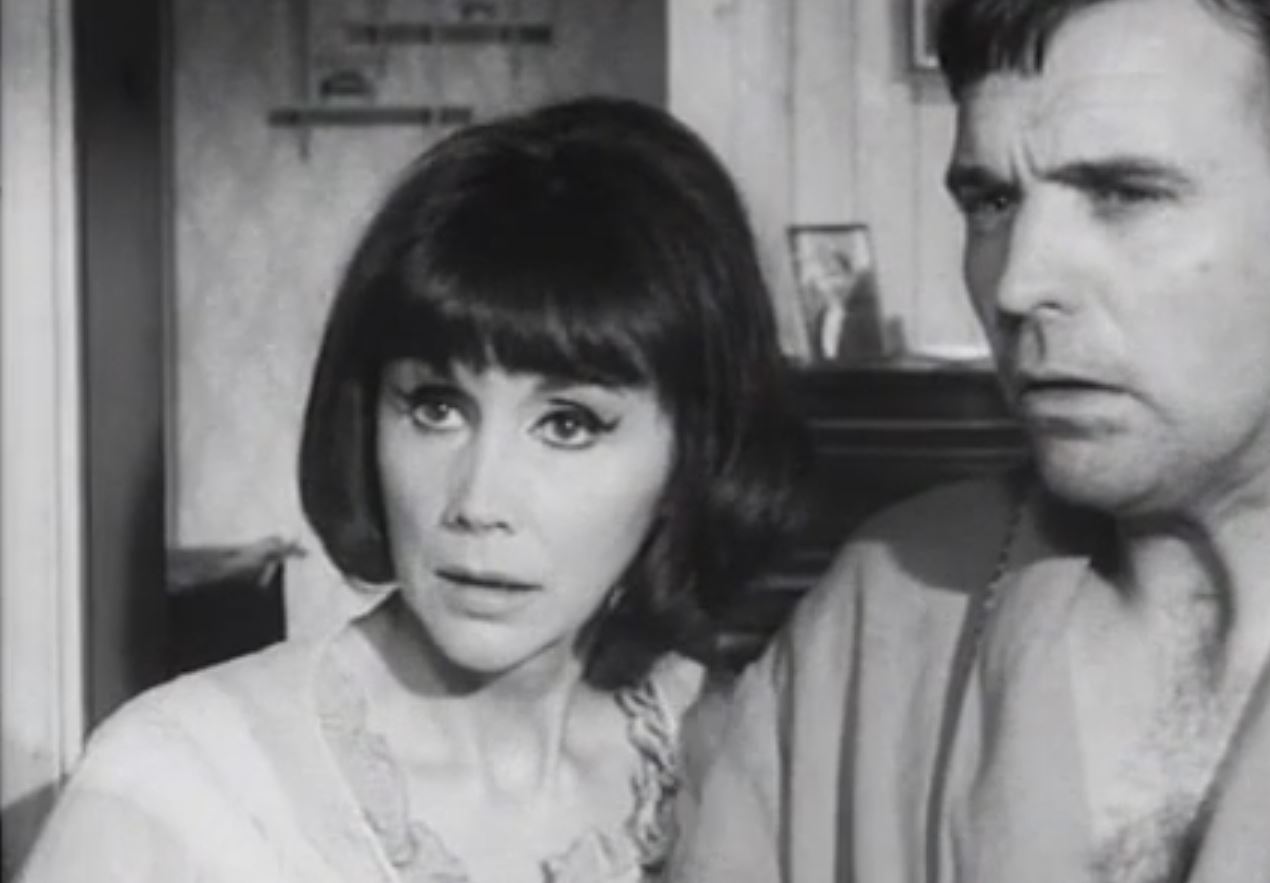 Connery managed to get some work in the 1950s helping out backstage and occasionally appearing onstage in regional theatres across England and Scotland. But while this was a promising start to his acting career, he struggled to make ends meet and had to look for part-time work elsewhere.

He took up working as a babysitter for journalist Peter Noble and his actress wife Marianne Stone, which earned him 10 shillings a night. It wasn’t Connery’s only unorthodox job – pre-stardom, he worked as a lifeguard, a truck driver, a coffin polisher, and a male model.

4. He narrowly escaped being attacked by a shark while filming Thunderball 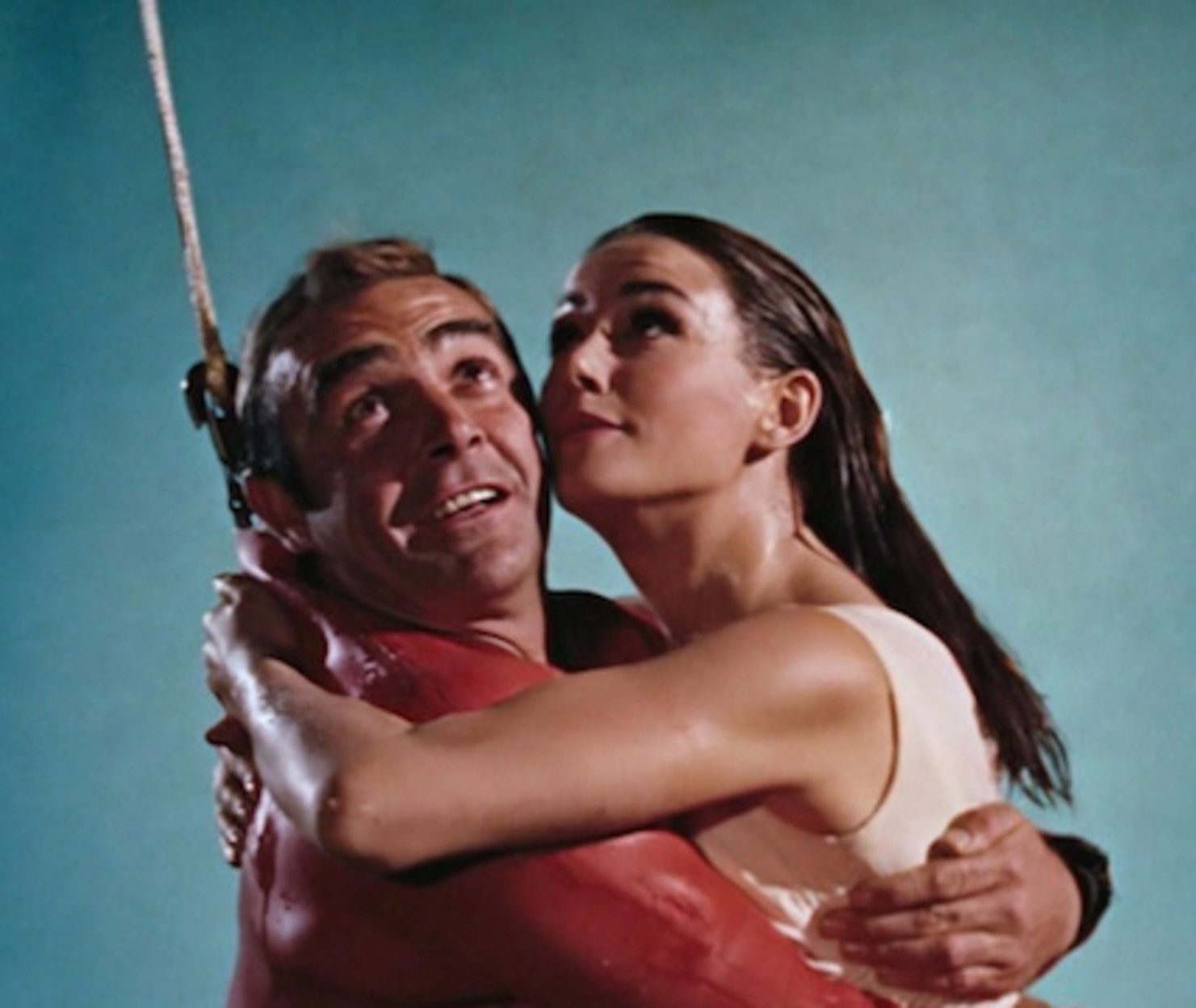 As any sane person would be, Connery was wary of swimming with live sharks for a scene in fourth Bond film Thunderball.  Production designer Ken Adam constructed an underwater partition made of Plexiglas to keep the actor safe – but the partition had a four foot gap which was big enough for a shark to get through.

Sure enough, one shark did get through the gap, leaving Connery with just enough time to escape the pool. Adam recounted the matter in The Guardian in 2005: “Connery came close to being bitten. We had a plexiglass corridor to protect him, but I didn’t have quite enough plexiglass and one of the sharks got through. He never got out of a pool faster in his life.”

3. He wore a wig in every Bond film 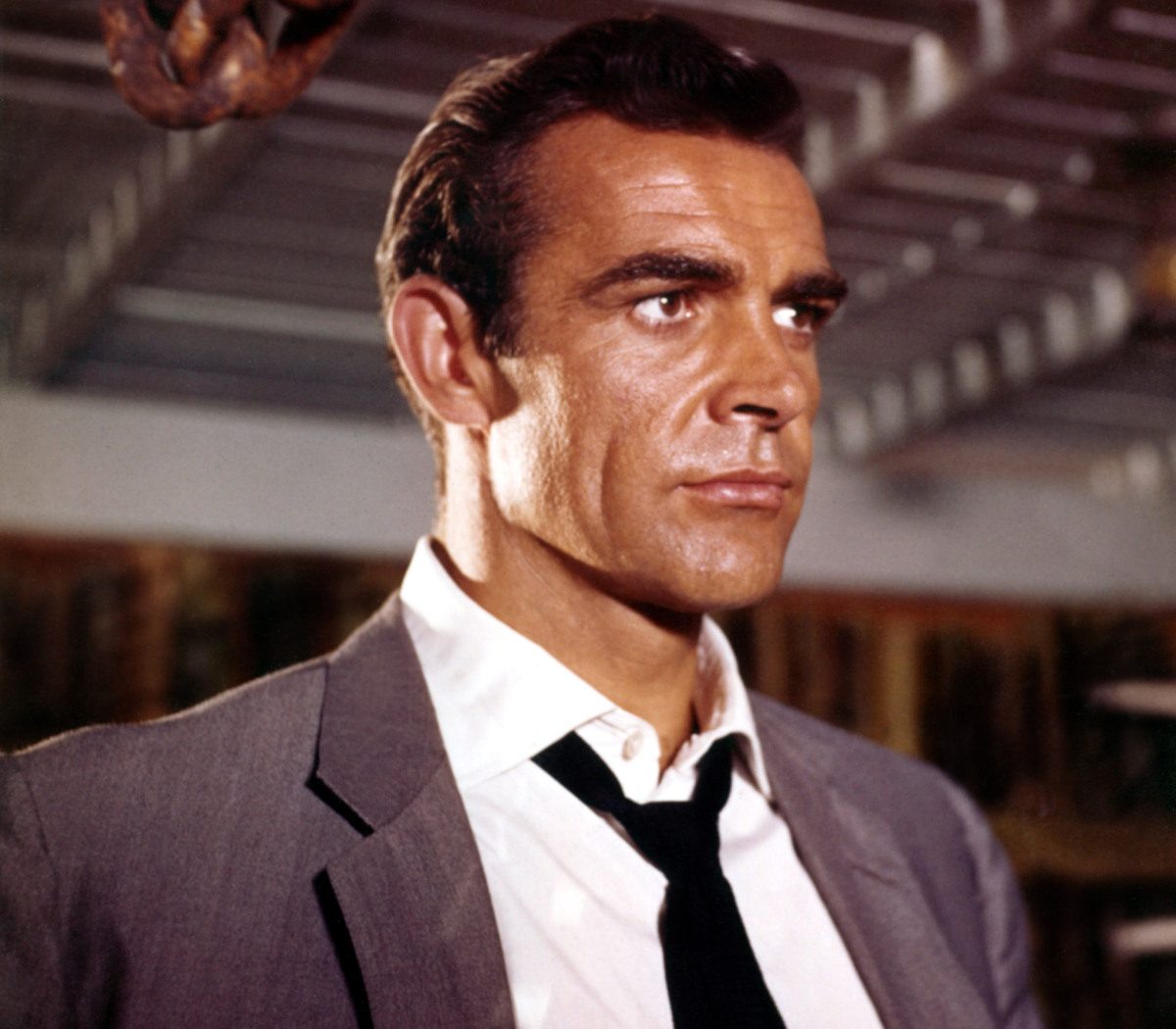 Shockingly, Connery started going bald at the age of 21. By the time he was in his early 30s and was cast for Dr No, he had to wear a hairpiece. The toupee is so seamlessly blended with Connery’s remaining hair that you can barely notice it onscreen.

Some critics have since expressed their disappointment at the fact that Connery wasn’t allowed to remain bald in the role. Writing in The Guardian in 2007, John Patterson wrote: “Wouldn’t it have been nice if the most visible male sex symbol alive had saved the world from Goldfinger while sporting a gleaming chrome-dome? What a difference it might have made for baldies the world over.”

2. His family was so poor that he slept in the bottom drawer of his parents’ dresser as a baby 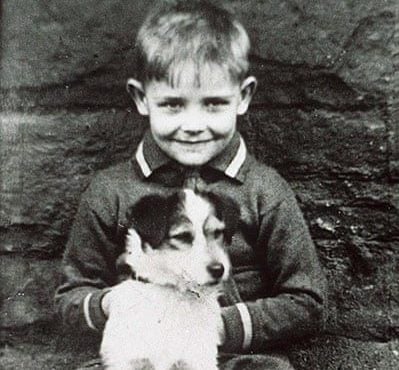 Connery’s family was so poor that as a baby, the future star had no crib and had to sleep in the bottom drawer of his parents’ dresser. His father, Joe, worked in the local rubber works, but the economic troubles of the 1930s meant that he was often left without work. Connery’s mother, Effie, instilled a solid work ethic into her two sons and taught them both the value of perseverance.

Connery started working to help support the family at the young age of nine, when he began his job as a milkman. He also worked in a butcher’s to earn extra cash for his family.

1. He was threatened at gunpoint by a female co-star’s jealous mobster boyfriend 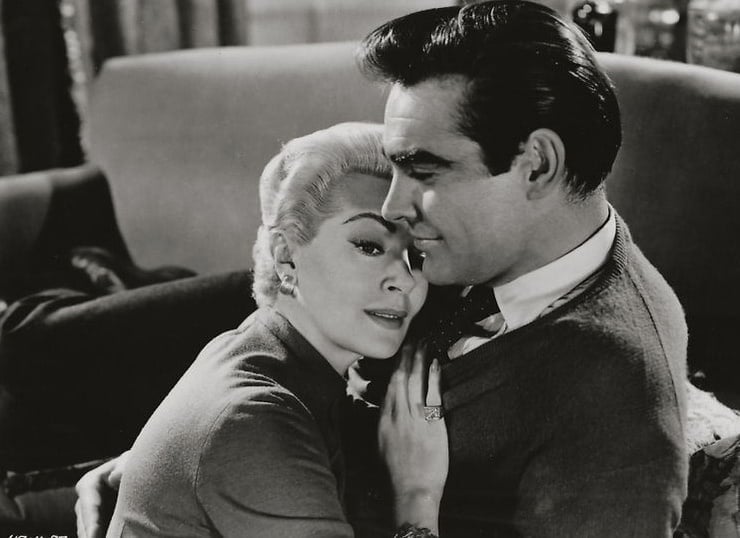 In 1958 – pre-Bond – Connery was working on the movie Another Time, Another Place with actress Lana Turner. Turner’s boyfriend, Johnny Stompanato, was involved in the world of organised crime and worked as a bodyguard for notorious gangster Mickey Cohen.

When false rumours began to circulate of Connery and Turner having an affair, Stompanato flew to London and threatened the Scottish actor with a gun. An accomplished bodybuilder and karate black belt, Connery easily defended himself and wrestled the gun from Stompanato, who was deported from the UK shortly thereafter.