Long before he became one of the world’s best-loved and highest-paid movie stars, Keanu Reeves had humble beginnings. Though he would be raised largely in Canada, Reeves was born in Lebanon, Beirut on September 2nd, 1964, to British mother Patricia Taylor and Chinese-Hawaiian father Samuel Nowlin Reeves Jr.

Keanu was Patricia and Samuel’s first child; they married the year he was born, and would go on to have another child, Keanu’s sister Kim, before they divorced. In the years that followed, Keanu grew more distant from his father, with Samuel’s shady dealings often seeing him on the wrong side of the law.

Publicly, Keanu has long been reluctant to discuss his father. Before Samuel’s death in 2018, it’s believed that father and son never reconciled, with Keanu not having seen his father since his early teens – arguably for good reason. 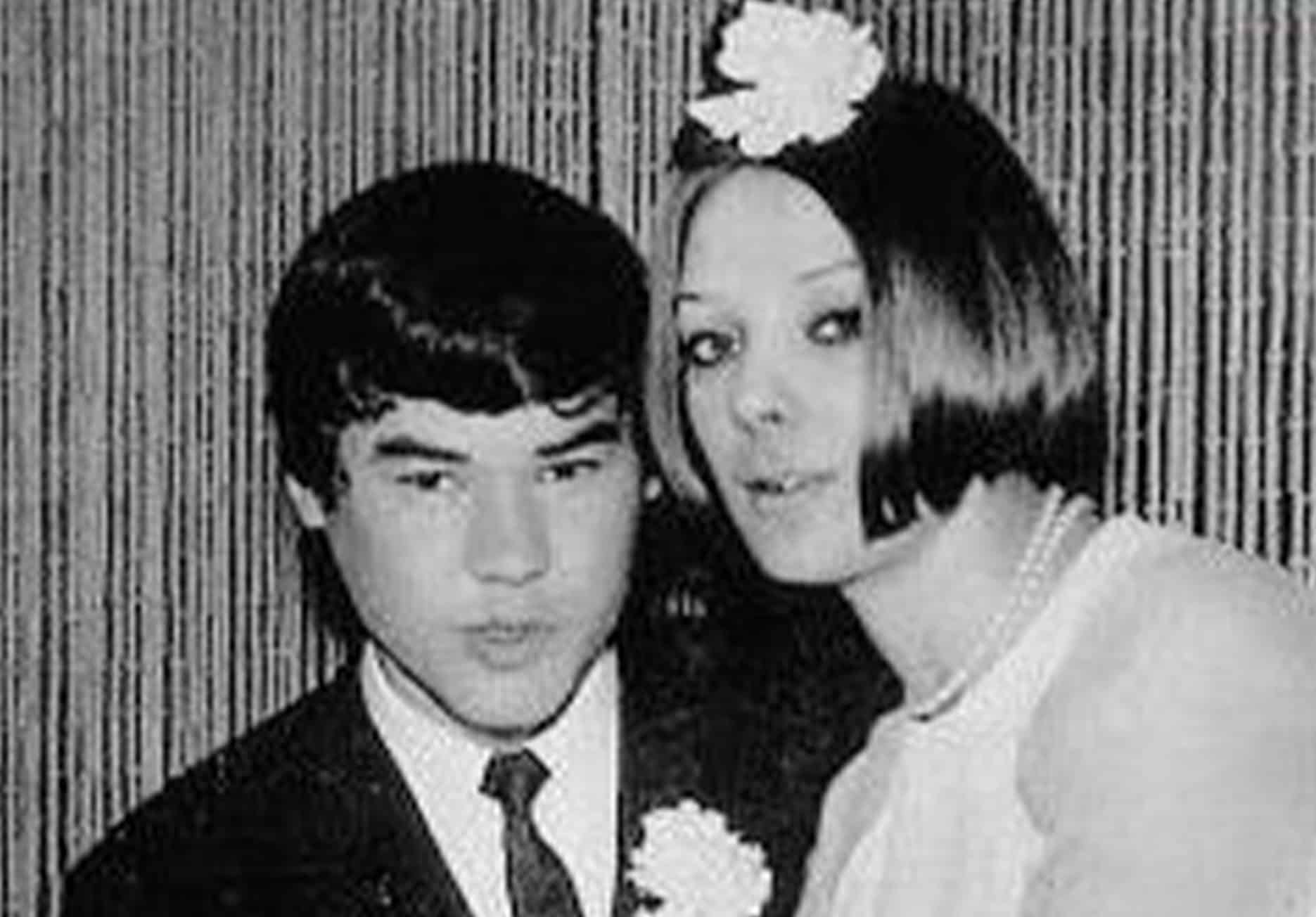 Samuel Nowlin Reeves Jr was 22 years old when Keanu was born. He gave his son a traditional Hawaiian name, which literally means ‘cool breeze over the mountains.’ While it is known that Samuel studied geology, it’s not entirely clear how he ended up in Lebanon, although it’s worth noting this was a peaceful, thriving city at the time; speaking to Charlie Herzfeld in 2019, Keanu described Lebanon as “the Paris of the Middle East.”

Keanu’s own knowledge of his father’s life seems limited. “I actually don’t really know his story. I think it’s like he was in college and then left and then was in Beirut on the beach. My mother, English, ran away from home, Paris, working showgirl, but then also picking up pins in couture houses getting into fashion where she would end up becoming a clothing designer for musicians. Anne Murray, Dolly Parton.

“Anyway, so they met, they fell in love and they had a baby. That was me, and then they stayed there for a few months and then they ended up going to Australia.”

During the family’s brief stay in Sydney, Keanu’s sister Kim was born, but not long thereafter Samuel and Patricia divorced. After a brief stint in New York, the family relocated to Toronto, Canada. Here they would remain, becoming Canadian citizens, whilst Patricia pursued her successful fashion career. 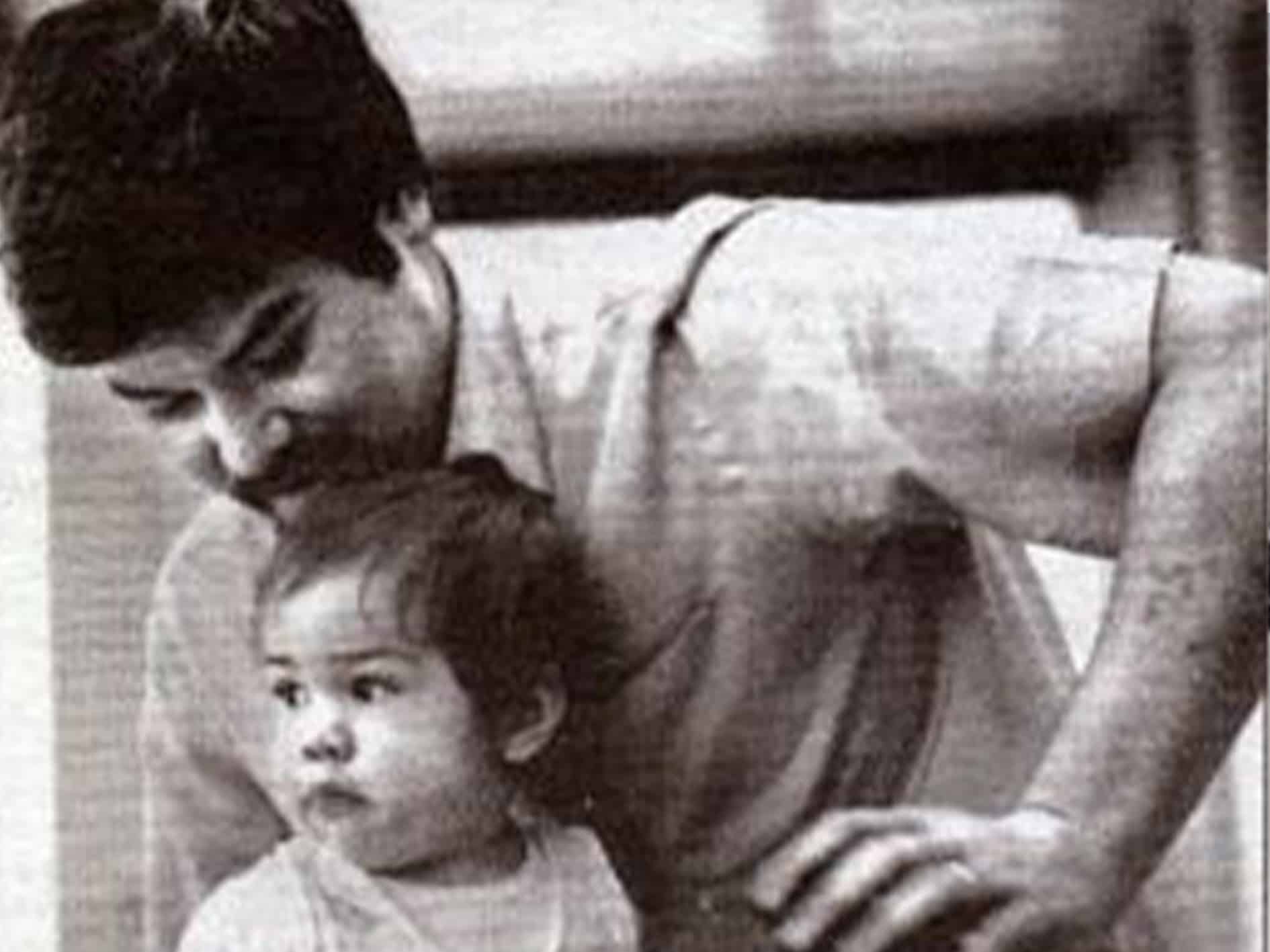 Patricia then married Paul Aaron, a Broadway theatre director who went on to work in Hollywood (with credits including the Chuck Norris movies A Force of One and The Octagon). Although this marriage lasted “about six months,” Keanu maintained a relationship with Aaron, who helped his step-son out when he decided to pursue acting.

Aged 15, Keanu got his first Hollywood job as an assistant on one of Aaron’s productions. Then, when he turned 20, Keanu got a green card and moved to Hollywood with Aaron’s support. (Later, Aaron would even co-produce Keanu’s 1991 hit Bill & Ted’s Bogus Journey.)

By this time, Keanu’s biological father was seemingly little more than a memory. The actor recalls knowing Samuel “up until I was six. Then I saw him occasionally when I would go to Hawaii on holidays. The last time I saw him was when I was 13.” 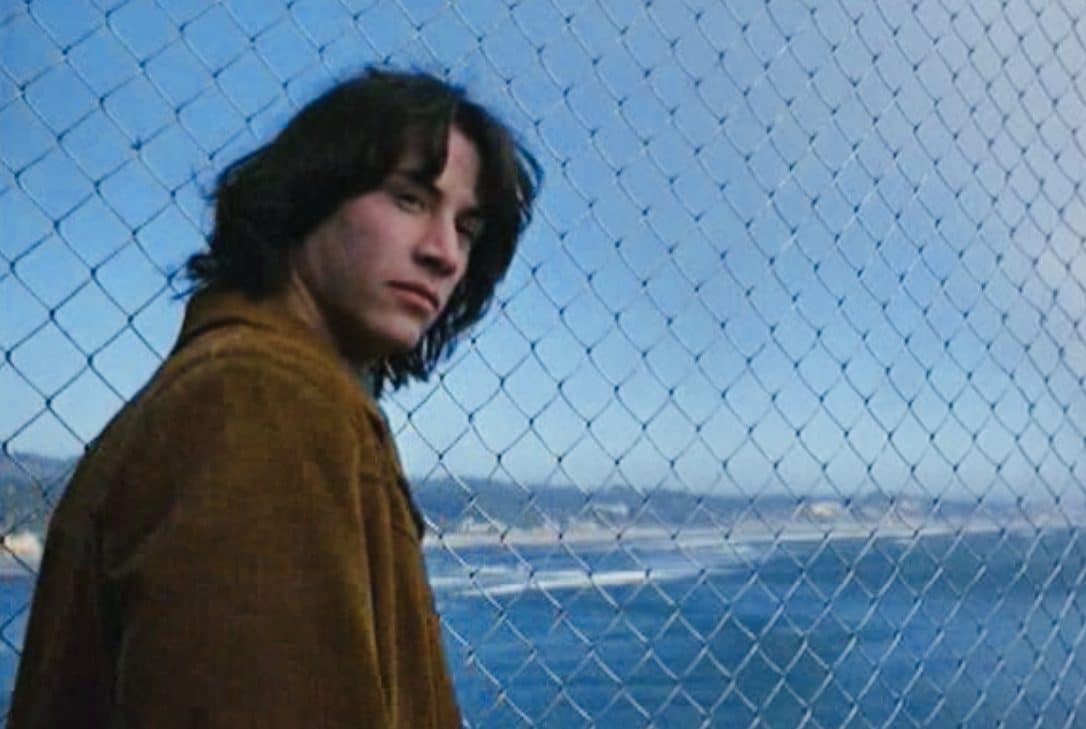 Samuel himself reflected fondly on having his son with him in Hawaii, playing together on the beach. “Occasionally, the spray would wash over the shelf, and the water would rush around our legs, and I would lift him up and hold him really tight. Then this big old wave really almost swept us right out. I caught my boy just as he was being sucked away by knee-deep water. I think Keanu was 11.”

Keanu has always preferred to avoid discussing his personal life, in particular its darker chapters. The actor has known more than his share of tragedy, including the death of his close friend River Phoenix, the stillbirth of his only child with girlfriend Jennifer Syme, and Symes’ subsequent death in a car crash. Keanu’s relationship with his father is another source of grief which he remains hesitant to discuss in interviews.

Around the same time Keanu rose to big screen stardom, Samuel was at his lowest ebb. The elder Reeves had wound up making a living as a drug dealer, and in the early 90s he was arrested for possession of heroin and cocaine. He wound up being sentenced to ten years behind bars. 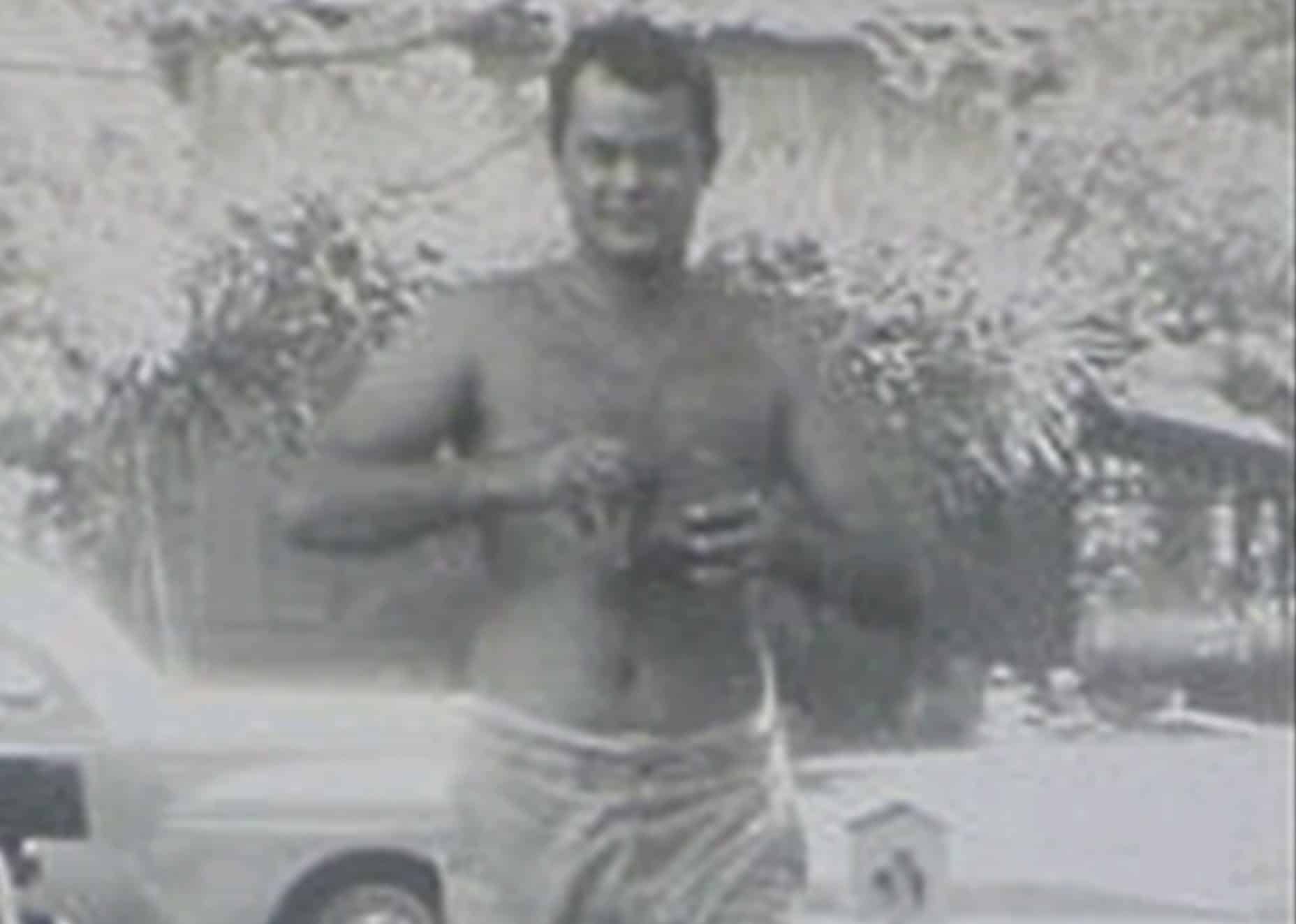 During this time, Samuel is said to have attempted to contact his son, but his messages went unanswered. A 1995 article in Australian magazine Woman’s Day quotes Keanu’s grandmother Momilani Abrahams as saying, “He doesn’t want to know us any more. He won’t take Sam’s calls for help.”

In 1991, Reeves told Rolling Stone journalist Chris Heath, “The story with me and my dad’s pretty heavy. It’s full of pain and woe and f***ing loss and all that s**t.” Woman’s Day quoted Keanu as remarking, “I haven’t seen my father since I was 15, and I have no plans to see him now. Remember the ’60s burnout guy? That was my father. He was a deadhead reject.”

In what seems an uncharacteristically angry remark for the famously calm and good-natured actor, Keanu is quoted as saying, “Drugs are truly evil. My dad dealt in death, and he deserves to rot in jail until his sentence is over so nobody can die from the drugs he sells.” (Keanu has admitted to having used drugs himself in the past.) 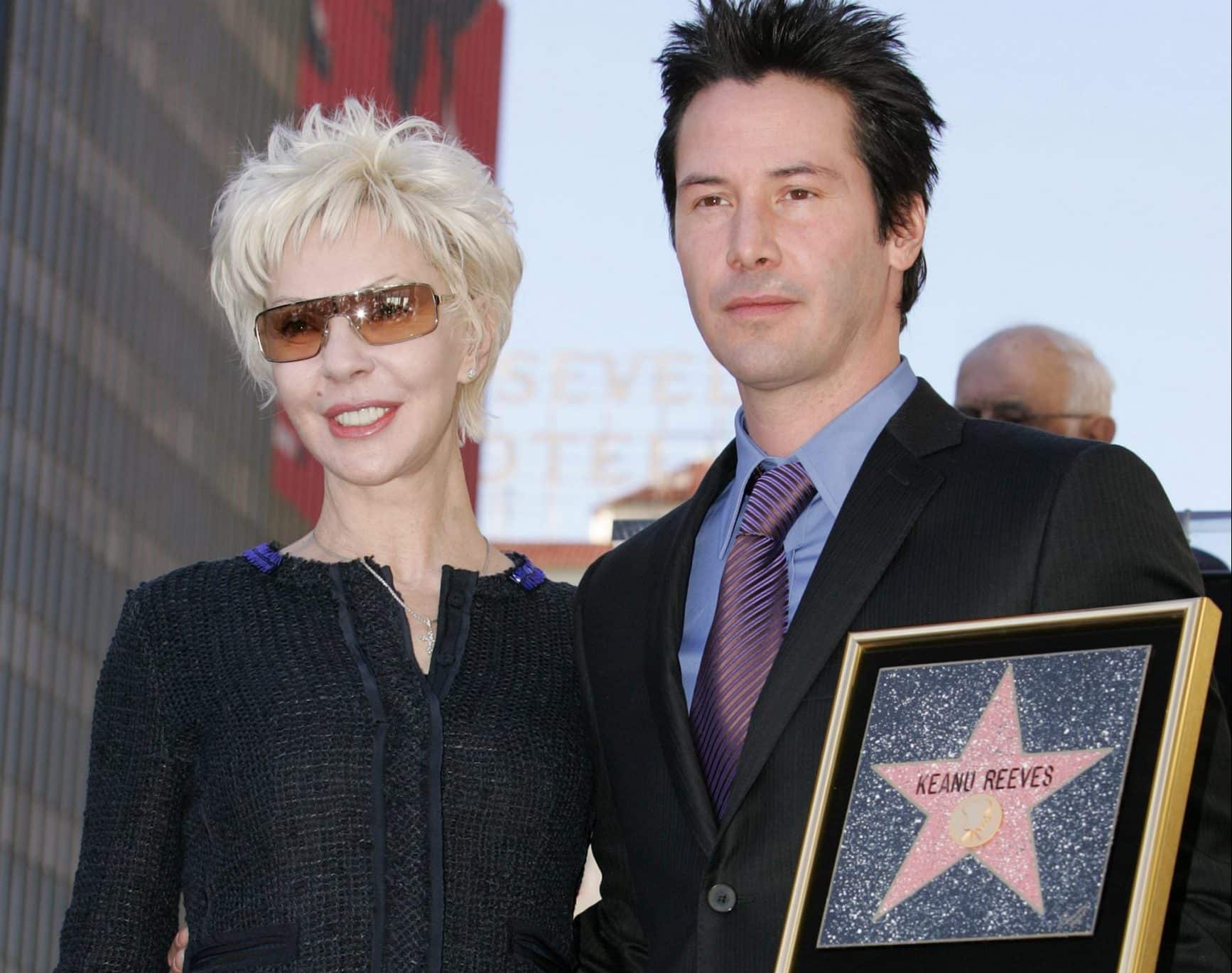 Keanu Reeves with mother Patricia Taylor at the unveiling of Reeves’ star on the Hollywood Walk of Fame, 2005 (Credit: Vince Bucci/Getty Images)

In 2000, the actor chose his words more carefully. Keanu would only say that the absence of his father growing up affected him “in so many ways,” and when asked if he had an ongoing relationship with his father, he confirmed, “I don’t, at this time, no.” On the subject of his father’s troubles, Keanu would only say, “It’s his life, man. I hope he’s well. Whatever that means,” before remarking, “Leave him alone! Let him do his thing.”

As Samuel was not a public figure, his own words on the matter are fewer. He told Woman’s Day in 1995, “I’m not very proud of myself as a father, but I am proud of my son. I hope we can reconcile so I can explain why he didn’t have a dad as a young boy.” 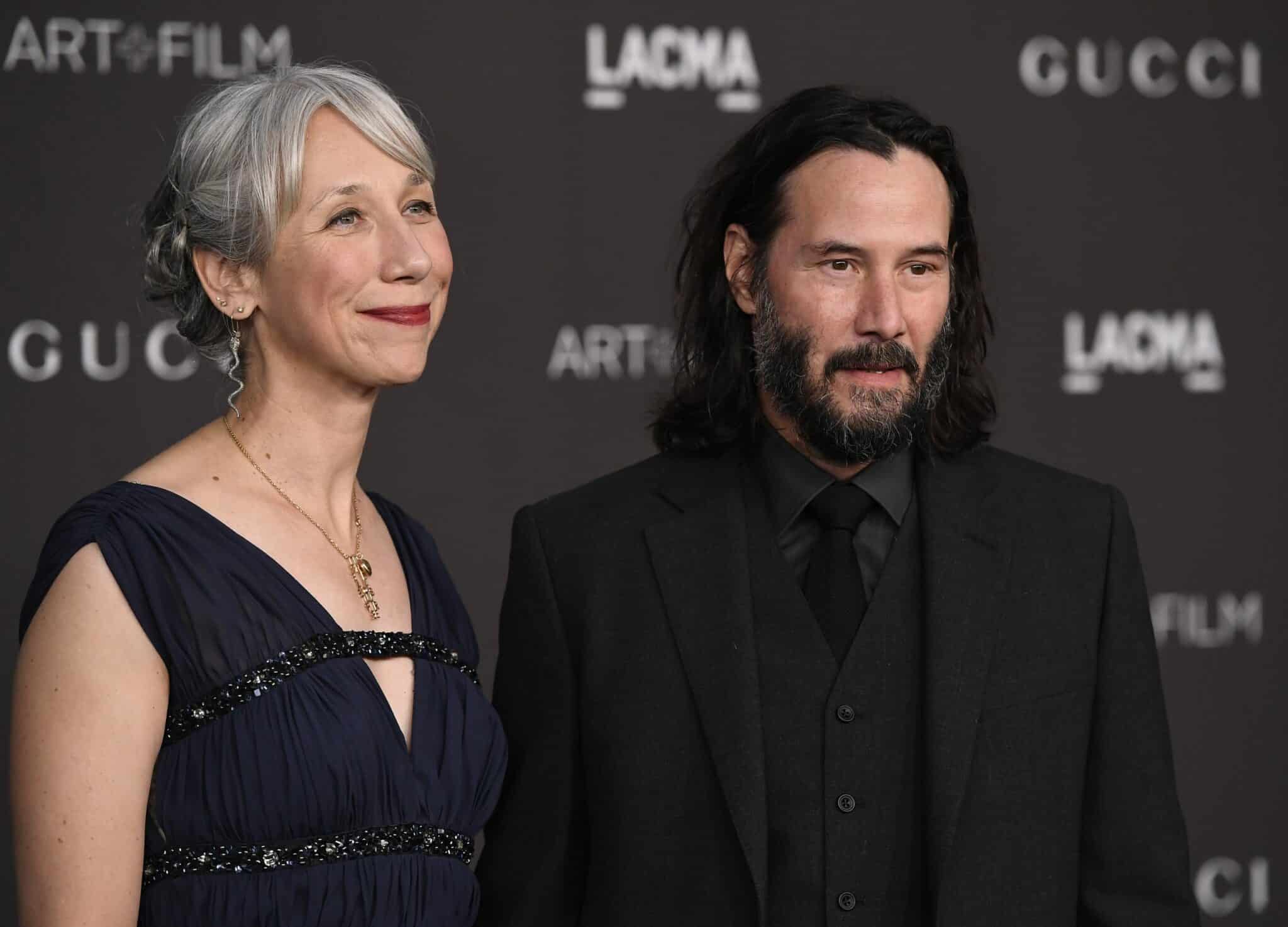 Apparently Samuel held out hope of a reconciliation until his final years, stating later in life, “I’m embarrassed by it all. Keanu said my life was ‘tragic’ and, oh boy, does that hurt. Sad, yeah? I never figured things would end up this way. But he’ll always be my boy.”

Samuel died in 2018, and neither Keanu nor his sister Kim are said to have attended his funeral. An unnamed friend of relatives of Samuel’s told the National Enquirer, “Sam’s dying wish was to make up with Keanu… the rest of the family would love for him to get in touch, but they realise they may never see him again.”