When 46yo Sally Field Played 37yo Tom Hanks’ Mom

In 1994’s Oscar-winning blockbuster Forrest Gump, Sally Field‘s Mama famously tells her son that “life is like a box of chocolates”. As the mother of Tom Hanks‘ title character, Field gives one of her most impressive and memorable performances – all the more impressive considering in reality the actors are only ten years apart in age.

Sally Field was 46 when production began on Forrest Gump, just under a decade older than the then-37-year-old Tom Hanks. As Mrs. Gump to Hanks’ Forrest, Field played Mama from her mid-30s to her mid-70s. The casting was even more remarkable considering that, just six years earlier, Field and Hanks had portrayed semi-love interests in a film many have since forgotten. 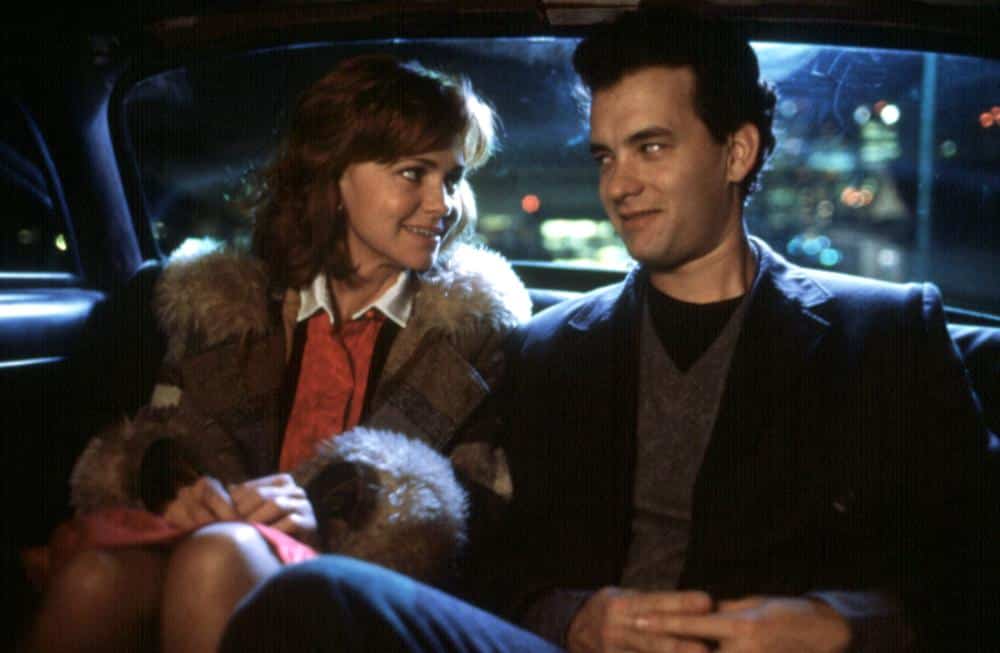 Sally Field was firmly established in Hollywood by the late 80s. Having enjoyed box office success with two Smokey and the Bandit movies (alongside her onetime boyfriend Burt Reynolds), Field had also notched two Oscar wins, for Norma Rae and Places in the Heart, by the time she came to star in 1988’s Punchline alongside up-and-coming young actor Tom Hanks.

Set in the world of stand-up comedians, Punchline stars Field as Lilah Krytsick, a housewife and aspiring stand-up who looks to Hanks’ younger aspiring comic Steven Gold to show her the ropes. While Field and Hanks do not portray a couple in Punchline, there is romantic tension between the two, with Hanks’ Steven developing feelings for Field’s older Lilah.

While Hanks’ performance gained critical praise and talk of another possible Oscar nomination following his nom for Big, Punchline proved a box office flop. (Hanks remarked in 1989 that Punchline’s under-performance was “disappointing” as he considered the film to be “the best work I’ve ever done.”) Six years later, Hanks and Field’s second collaboration would prove enormously successful – and find them depicting a completely different type of relationship. 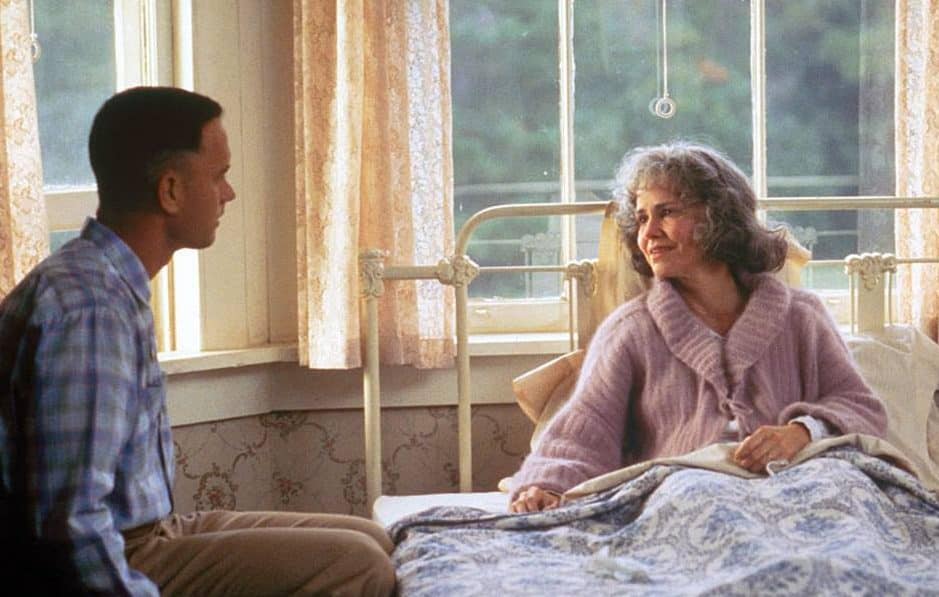 After Hanks landed his second Oscar nomination – and first win – for Philadelphia, he was suddenly the hottest property in Hollywood. Following that awards-laden hit, Hanks went direct to another film with Oscar potential all over it: director Robert Zemeckis’ Forrest Gump. When Field was cast alongside Hanks in Gump, she too was coming off a hit, having recently appeared alongside Robin Williams in Mrs. Doubtfire.

While Field’s performance in Forrest Gump would be widely praised, one thing raised eyebrows: the fact that she was cast as the mother of Hanks’ character. With Gump shot between August and December 1993, Field was 46 when production began and turned 47 during, making her just ten years older than Hanks.

Not only was there the matter of the small age gap between the actors, but Hanks and Field had played almost-lovers in their previous film together just six years before. Some have taken this as further evidence of Hollywood’s double standards when it comes to the casting of actors versus the casting of actresses in middle age (older men continue to play the hero, whilst women are sidelined into matriarchal roles). Field, however, disagrees. 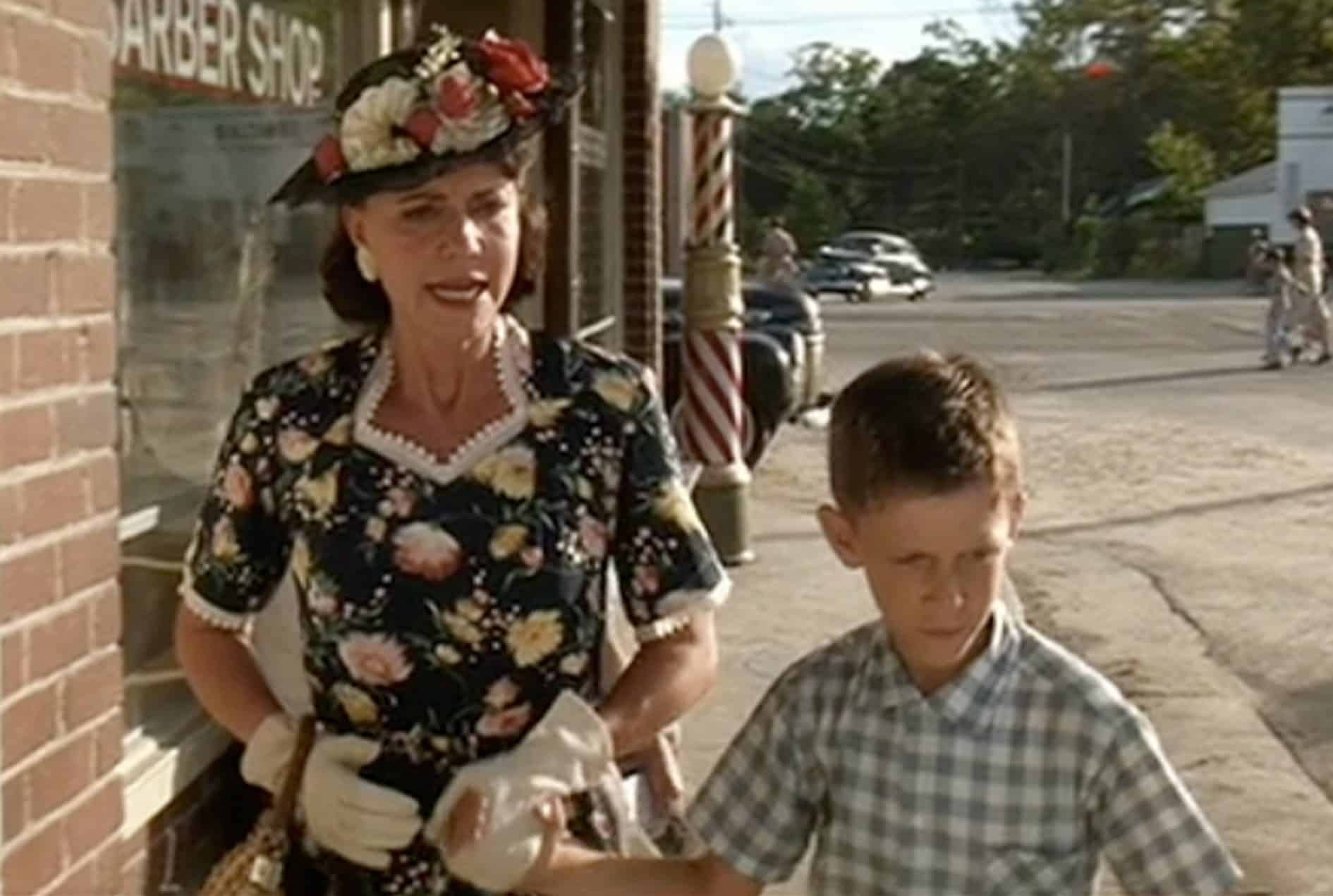 As the actress explained to Newsweek in 2022, “People always say ‘the absolutely ridiculousness of playing Tom’s sort of love interest and Tom’s mother within, whatever it was, a five year span’ but that’s not true really… In Punchline, the first one we did together, I play this slightly older woman, I’m supposed to be ten years older, and he’s this up and comer, and I’m this housewife. With the [age] difference, I am ten years older than Tom so it worked out.

“And then when we did Forrest Gump, I play a younger version of myself when he was a little boy. Then I age in the middle when he’s a young man and then I go to very old. So it was a great opportunity to play with those three ages of, without prosthetics and things, being younger, then I was a little bit older, and then very much older. So it’s not a fair example.”

Nonetheless, Field agrees that ageism “is still going on” in Hollywood, “particularly towards women… But I do think it’s changing. Not because the industry wants it to but because the audiences are making them, because there is a huge, huge audience in the world of older women and they are [worth] a lot of money.” 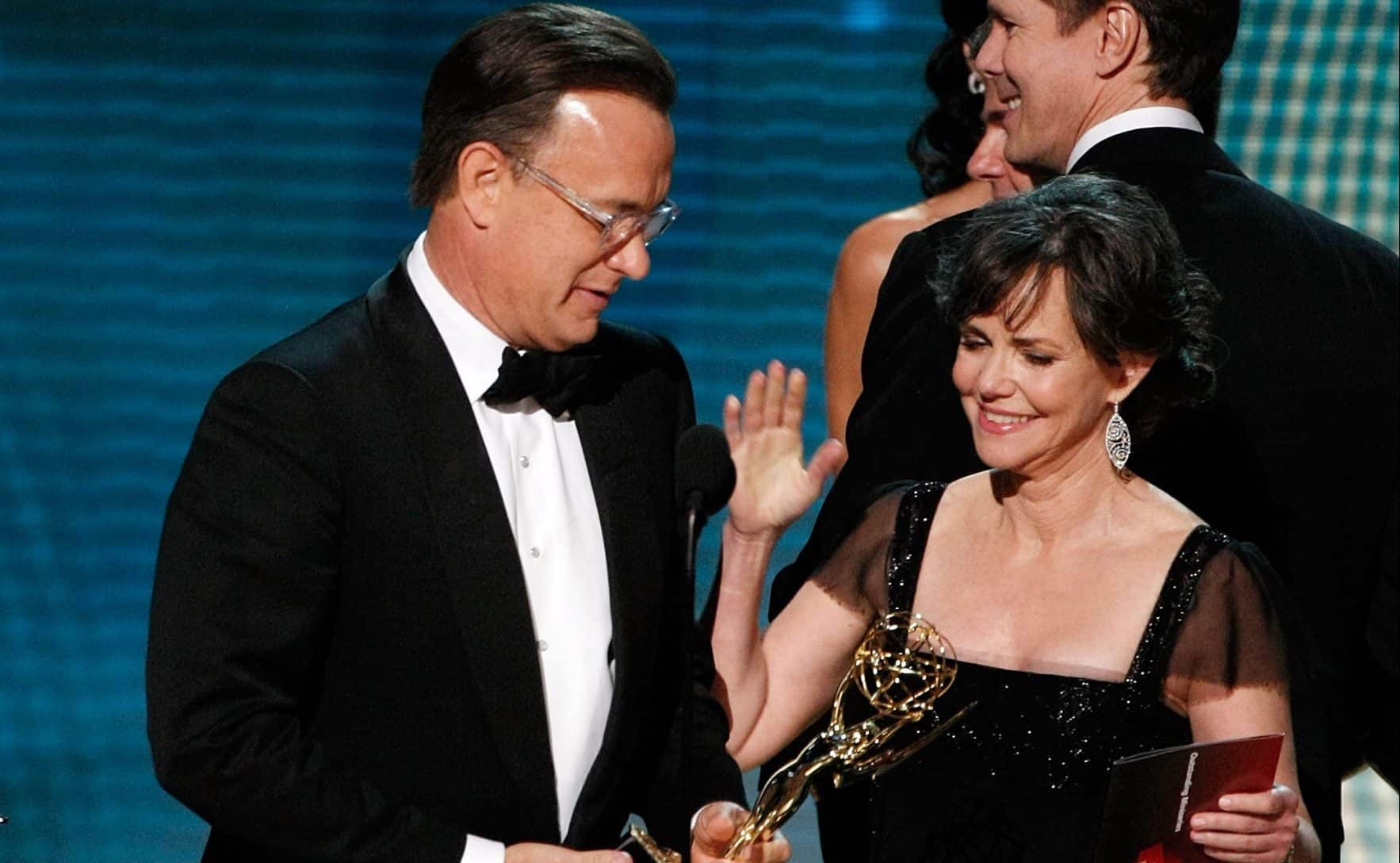 Post-Forrest Gump, Field collaborated with Hanks once more on 1998 TV docu-drama mini-series From the Earth to the Moon, in which she took an acting role as well as directing an episode.

In the years since, Field’s highest profile film appearances have been as Aunt May to Andrew Garfield’s Peter Parker in the two Amazing Spider-Man movies, and as Mary Todd Lincoln to Daniel Day-Lewis’ Abraham Lincoln in Steven Spielberg’s biopic Lincoln. The latter performance earned Field her third, and to date final Oscar nomination.