In Deadpool, his character is known as the ‘merc with the mouth,’ for being able to mostly talk his enemies into defeat. Well it seems that the man behind the mask (literally in this case,) Ryan Reynolds, has been putting that mouth to good. And no, it’s not to talk himself out of a situation. 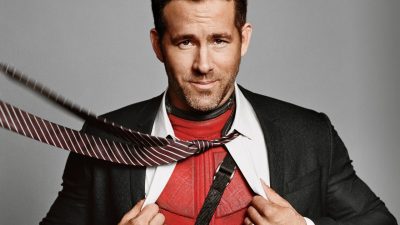 As he promotes his new movie, Deadpool 2, he has been getting laughs all across the globe. But it seems like his latest stunt might also be his silliest (and most entertaining) yet. Scroll down if you want to see the video.

When over in South Korea to promote the flick, Ryan made an appearance on the popular singing show ‘King of Masked Singer.’ He performed the classic Annie hit ‘Tomorrow,’ but it wasn’t until after the performance that his actual identity was revealed. 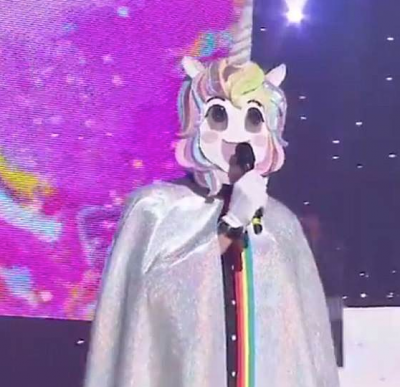 This is because throughout the entire performance, Reynolds was dressed at a unicorn.

As per the show’s formula, the star’s appearance was left a secret until the big reveal ending. As Reynolds sang, he face remained hidden under a multi-coloured unicorn mask. 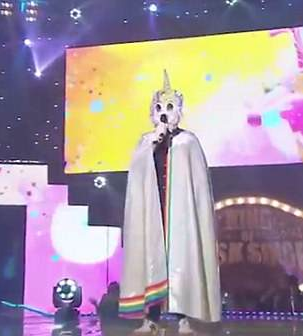 The actor put his lungs to good use, displaying some very impressive signing skills on the show. One of the judges even said that his ‘pronunciation is good.’ 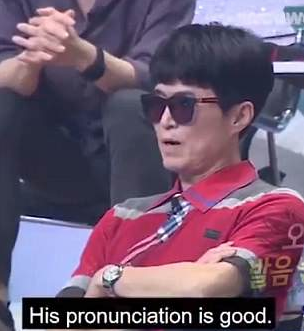 Whilst on stage, he remained motionless and sported a rainbow-lined silver cape and white gloves while a pink, purple and blue cartoon landscape appeared on the screens behind him.

When he eventually took off his mask, Reynolds sent the crowd into hysterics and caused a chorus of loud screams.

After the performance, Ryan joked, ‘I’m so sorry about that song.’

The actor faked anger after one of the judges thought he was Donald Trump before the big reveal. Ryan was asked by a translator whether he was nervous about performing on the show.

To the actor’s faux anger, one of the judges thought he was Donald Trump before the big reveal. 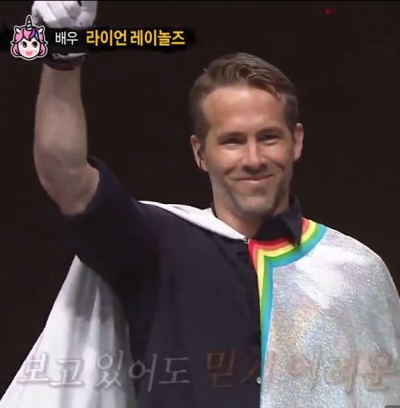 ‘Yes, absolutely! I’m wearing an adult diaper,’ he replied, eliciting a big laugh from the crowd.

The host of the singing contest said that Ryan appeared on the show ‘secretly’, adding that no one knew that he would be donning the mask that night. 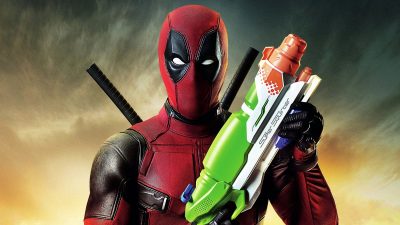 The Deadpool and Green Lanter actor thanked the crowd and the show for having him, saying: ‘This was such a thrill. This was an unbelievable honor for me. You guys pushed me to my own limits and I thank you for that. That’s just the best. Thank you.’ 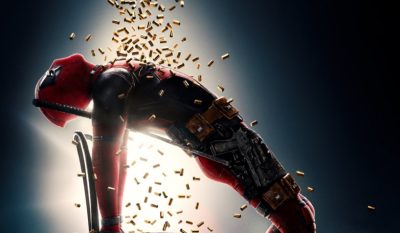 The latest release of the Deadpool franchise will be hitting theatres across the country later this week. Between cameos in Celine Dion videos and hassling Hugh Jackman on social media, fans already can’t get enough of the character’s antics. 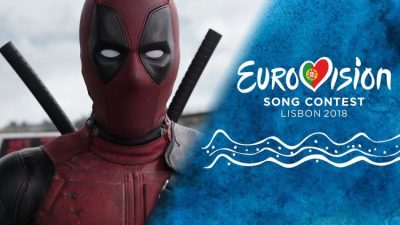 Earlier in the week, Ryan recorded a promotion as his gobby superhero character complaining about Eurovision.

He was angry that Australia was included in the competition whilst Canada was omitted. 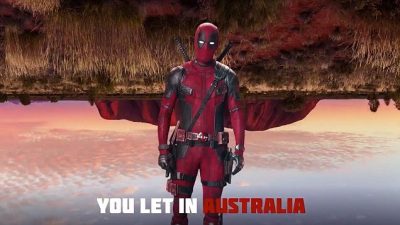 During a video posted onto Ryan Reynold’s Twitter account, the Marvel anti-hero expressed his anger and frustration over the country being snubbed by that ‘European sing song competition’ despite Canada’s rich musical history.

The character goes on to point out that it shouldn’t matter that Canada isn’t in Europe given that Australia got invited to take part in the contest. ‘You let in Australia and they are barely on the planet,’ he said.

‘Well it stops now Europe,’ Deadpool warns. ‘You’ve awakened a sleeping moose.’ He goes on to say that the country’s ‘military’, traffic cones and affordable healthcare will be ‘coming for’ Eurovision.

‘You let in Australia and they are barely on the planet,’ he said. ‘Well it stops now Europe.

‘You’ve awakened a sleeping moose,’ he said, adding that the country’s ‘military’, traffic cones and affordable healthcare will be ‘coming for’ Eurovision.

Deadpool goes on to argue that the country’s ‘generous gift’ of Celine Dion alone should have earned the country an invite. 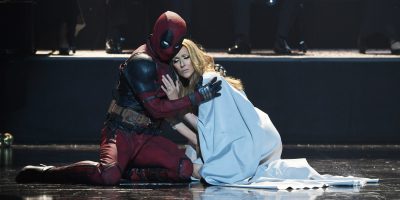 To support the Canadian side of things, Celine Dion recently released a music video which features Deadpool dancing around her in heels.

The song, titled Ashes, plays like a classic Dion ballad.