The year is 1995, and Nick Leeson is sitting in Brunei Airport. He breathes a sigh of relief as he avoids the attention of the guards – only to see every single departure lounge TV broadcasting his face. He pulls his hat down over his brow.

As he settles into his airplane seat, Leeson glances at the other passengers. No one is looking at him; they’re more interested in reading their newspapers. Every one, in every language, is emblazoned with his image. He sinks down under his blanket, realising that by the time he lands in Brunei, he will be the world’s most wanted man.

On the anniversary of his sentencing, we’re taking a closer look at the astonishing tale of Nick Leeson – the most notorious rogue trader in history.

‘My friends couldn’t believe it’ 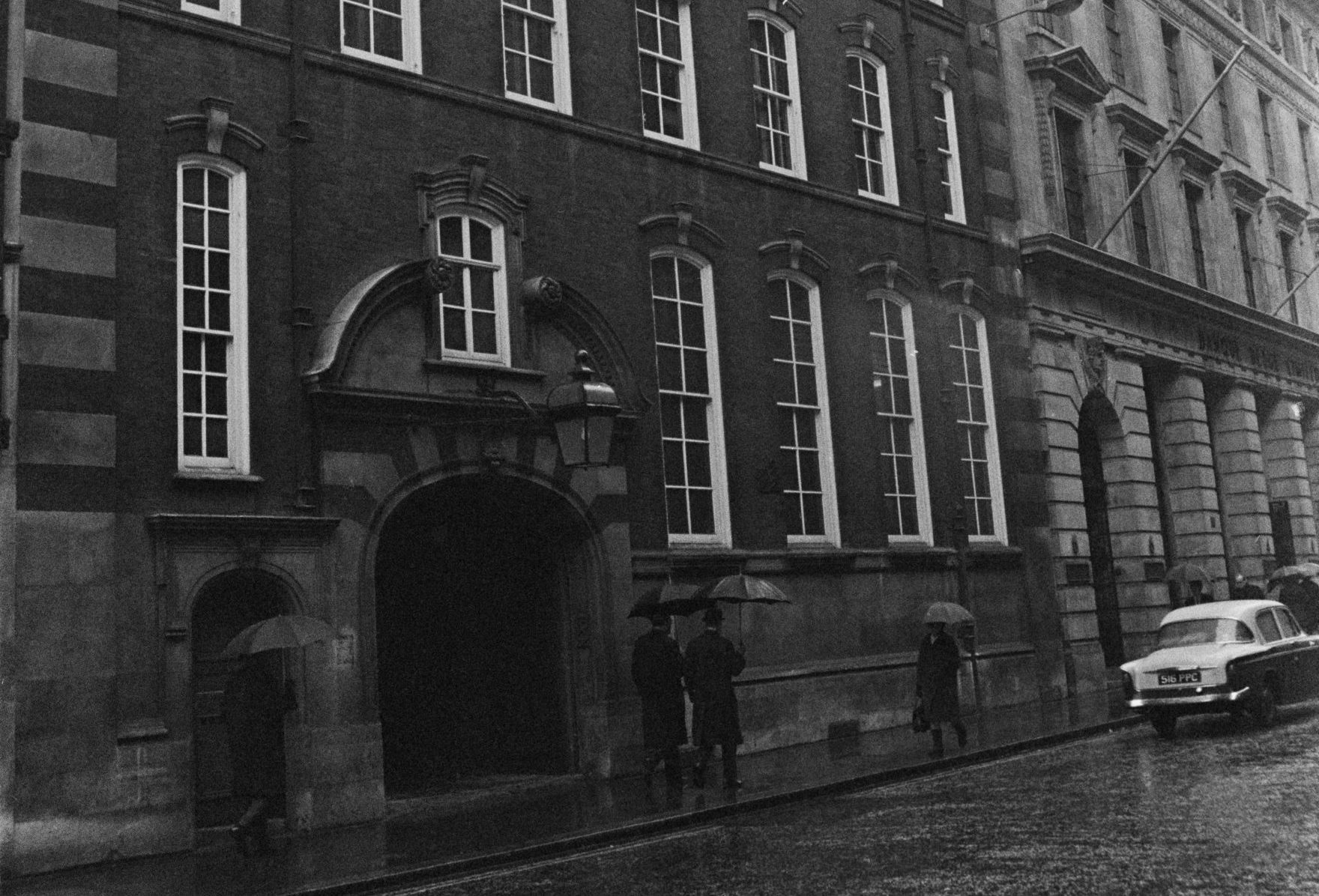 Nick Leeson was born in 1967, the son of a plasterer and a nurse. Raised on a council estate in Watford, Hertfordshire, he went to the local Parmiter’s School, where he became a prefect and left with two A Levels in English and History, failing Maths. Nevertheless, at the age of 18, he was chosen from hundreds of school leavers to be a clerk at Coutts, the London-based private bank that serves the Queen.

In his autobiography, Leeson later described this new lifestyle as something of a culture shock. “I was 20 years old, earning £20,000, and I’d just bought my first flat in Watford,” he wrote. “My friends couldn’t believe it: they were working as plasterers and builders, electricians or plumbers… the first day I moved into my flat I had a party.”

Finding the work at Coutts “increasingly boring”, Leeson moved to Morgan Stanley to work in Futures and Options. Just two years later, he moved again to Barings Bank in 1989, with which his name would become notoriously synonymous. 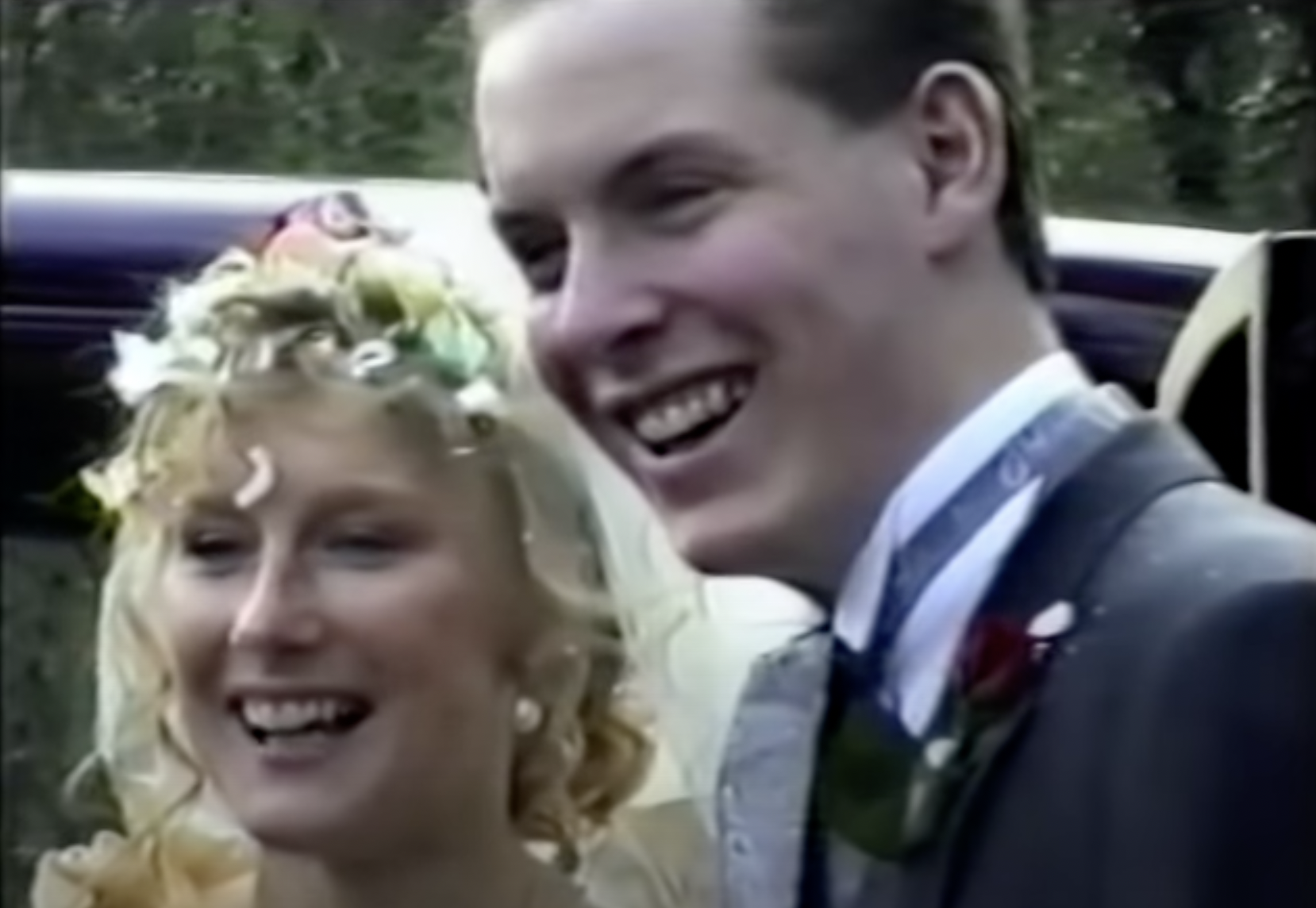 One of the oldest merchant banks in the world, the award-winning Barings was founded in 1762. Leeson, aged 22, spent nine months at Barings’ London offices but soon became bored again. He asked to be transferred, and was rewarded with a position in Barings’ Jakarta branch in Indonesia. This was chaotic and gruelling work, according to Leeson: with no office, he worked in a hotel room managing £100 million in unclaimed share certificates, making “tiny inroads into the vast mountain of paper.”

It was in Jakarta that he met Lisa Sims, a Kent-born Barings employee on her first foreign placement. The pair fell in love while working together and soon became engaged. Ten days before their wedding, Leeson was offered the job of General Manager at Barings’ new Future and Options office in Singapore. “They wanted me to set the operation up and run it… recruit traders and back office staff and make money,” he later summarised. Leeson and and his bride-to-be were delighted.

‘Master of the universe’ 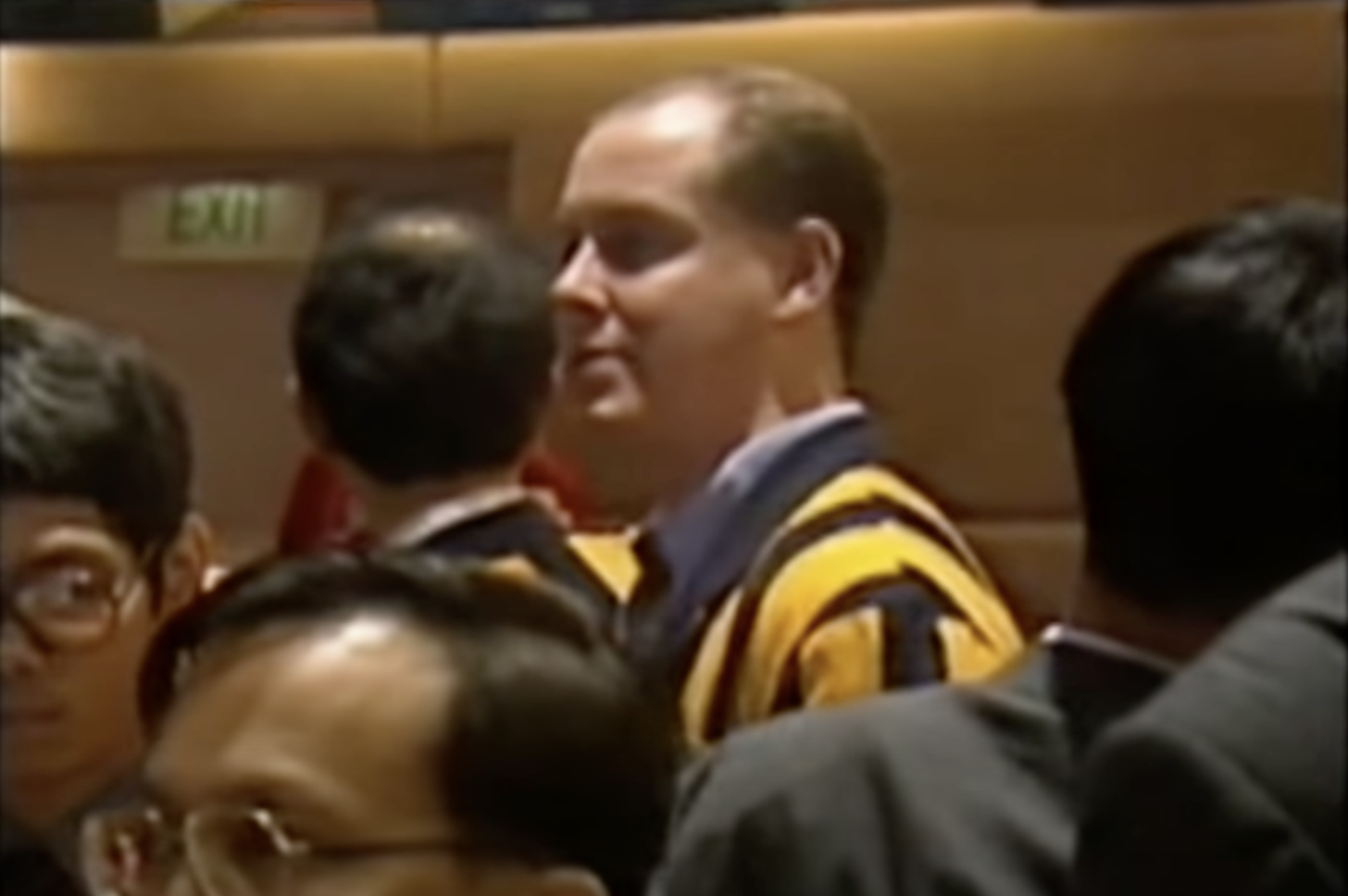 As Leeson settled into his new job and a new city, problems began when one of his juniors made a mistake, accidentally selling 20 future contracts rather than buying them. Set back by £20,000, Leeson resolved to win back these losses through unauthorised speculative trades. He had never worked on a trading floor before.

At the beginning, he made massive profits and became one of Barings’ star traders. As The Irish News later described, “Earning £50,000 a year and annual bonuses of three times that figure, Leeson lived the high life in an exclusive apartment block, wore expensive designer suits and owned a yacht.”

But Leeson was hiding his losses in an error account, named 88888. It was clearly named with some humour, as 8 is considered a lucky number in Singapore. This superstition originates from China, where the words for ‘eight’ and ‘wealth’ sound similar. 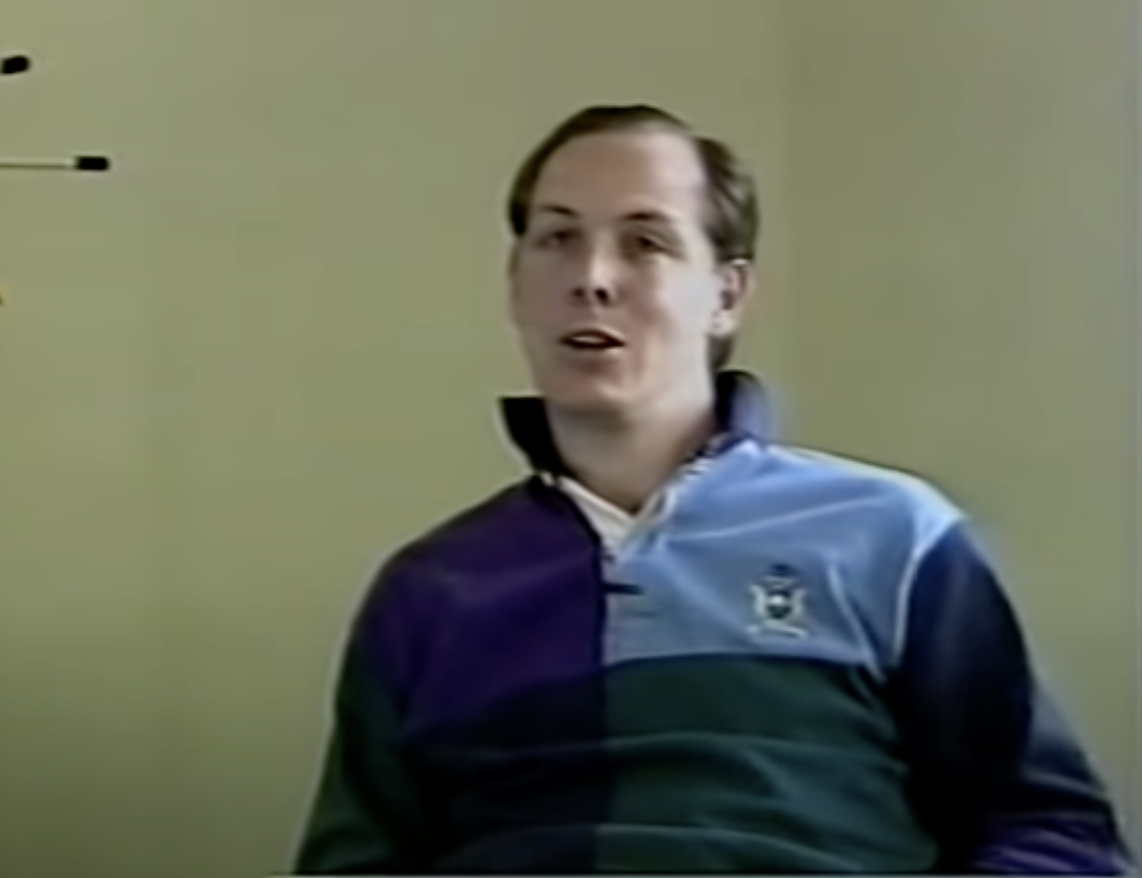 Although Leeson has denied he ever used his position to build his own wealth, in 1996 investigators declared that he was hiding a fortune of around $35 million in different bank accounts around the world.

Leeson’s trading decisions became increasingly wild. “I did what I did knowing what I was doing,” he reflected to The Guardian in 2001. “I knew it was wrong, and I was quite happy to take any punishment that came thereafter.”

As Guardian journalist Simon Hattenstone put it, “The amazing thing was that because Leeson gambled with such conviction, he managed to convince fellow traders that he was a master of the universe, while losing all that money.”

‘It was bonkers, this trip’ 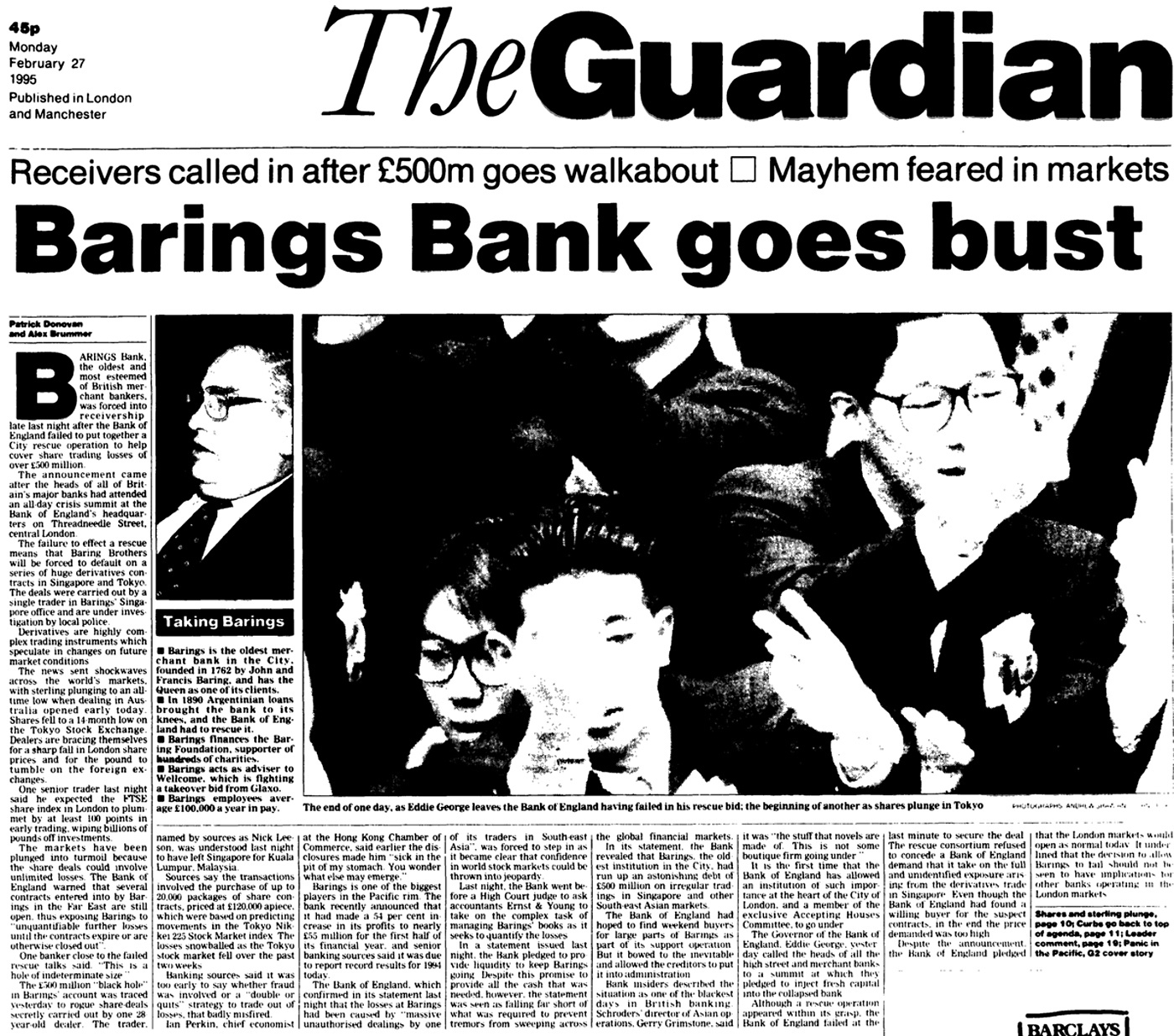 As Leeson made more and more bets to conceal his massive debts, his deficit soared and plummeted. How did Leeson keep his cool? In his autobiography, he later explained his rationale: “I was well down, but increasingly sure that my doubling up and doubling up would pay off… this is gambling at its simplest. If you double up, you halve the amount the market needs to turn for you to make your money back, but you double the risk.”

This deceit came crumbling down in a single event that no financier could anticipate. Before he fell asleep on January 16, 1995, Leeson made a bet that the Japanese stock market would remain steady overnight. But at dawn, a major earthquake struck the nation.

Striking the city of Kobe in Japan, the 1995 earthquake killed over 6,000 people and made homeless 45,000 more. Asian markets reacted sharply, and Neeson decided to pour his resources into betting that Japan’s Nikkei 225 – a stock market index – would rise.

This became the death blow for Leeson’s career. As his bet failed to pay off, Leeson’s superiors overseas began asking difficult questions. One of Leeson’s bosses discovered his illegal trading position and began to quiz him on it. 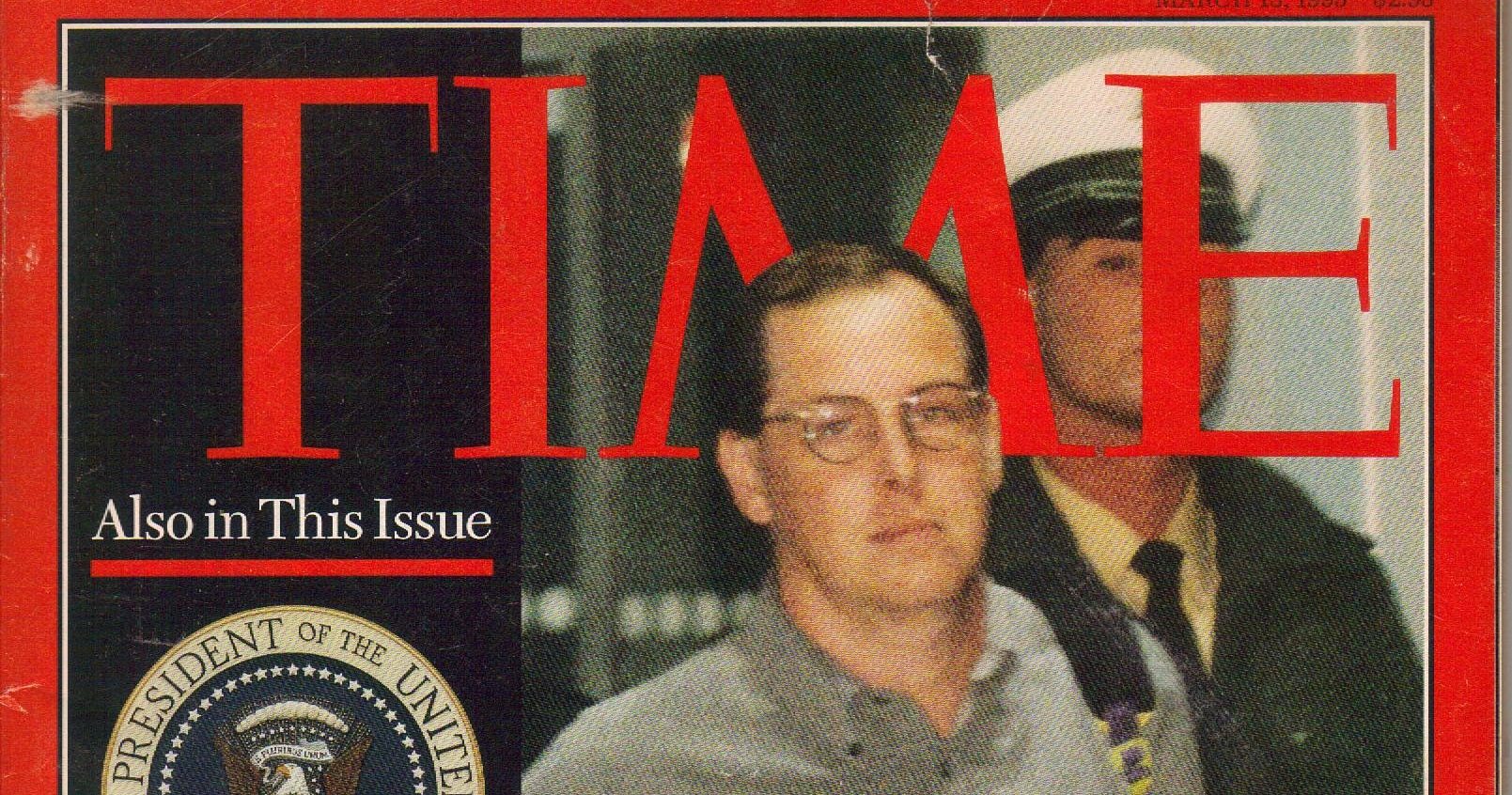 Leeson was trapped – but not out of options. A little over a month after the Kobe Earthquake, on February 23, Leeson wrote a note to his colleagues simply saying, “I’m sorry.” And then, in a move that was completely unforeseen by Barings, Leeson fled Singapore.

Leeson’s actions left Barings Bank with a debt of £827 million, which was double its trading capital. On February 24, Barings declared its insolvency to the Bank of England. Two days later, the historic bank went into administration. 1,200 employees in Singapore lost their jobs because of Leeson’s rogue trading.

Meanwhile, in an escape that Leeson later described as “bonkers”, he and his wife fled Singapore for Brunei. “Paranoia was my constant companion; everyone was looking at me,” Leeson would later write. “As I approached the immigration desk, it seemed that my passport grew to twice the size of everyone else’s and that every conversation in the departure lounge concerned me. Every nod of the head was directed at me and there was no way out.” 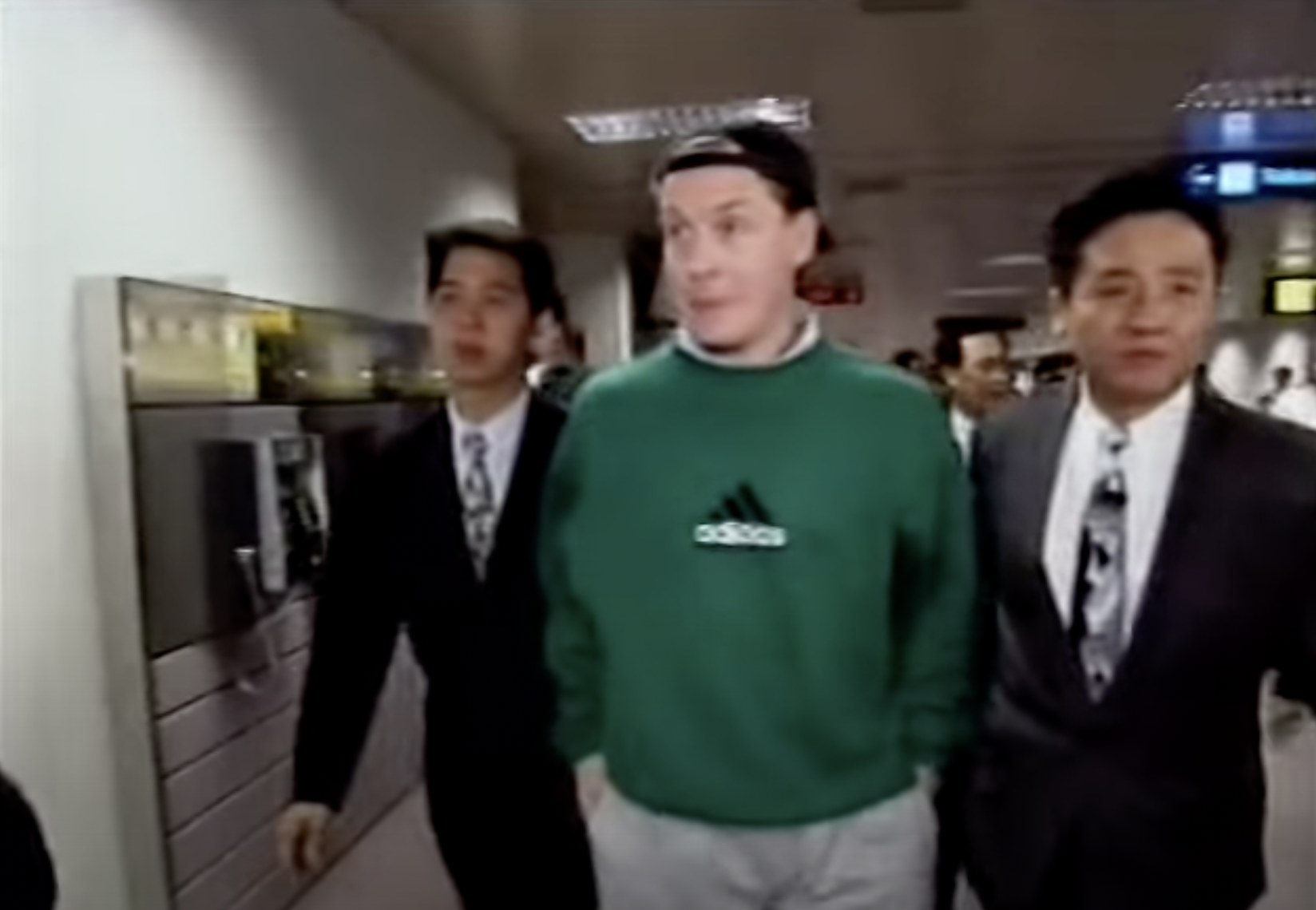 Leeson and his wife went into hiding in Malaysia, Thailand and eventually Germany. But on March 2, 1995, police traced him to Frankfurt, where he was arrested and faced extradition back to Singapore.

Leeson has since claimed that, during his spell in a German jail, he met mafia members and contemplated paying for his own murder via his wife or father on the outside.

It was an arduous process, but in November of that year, Leeson finally left jail in Germany and was extradited to Singapore. Before Judge Richard Magnus, Leeson pleaded guilty to “deceiving the bank’s auditors and of cheating the Singapore exchange”. On Saturday 2 December, 1995, the 28-year-old was sentenced to six years and six months in Singapore’s Changi Prison.

In prison, Leeson wrote and published his autobiography, Rogue Trader, detailing the secrets behind his fraud and forgery. His wife, Lisa, was permitted to return to England. During the court case, Leeson’s defence lawyers mentioned that Lisa had recently suffered a miscarriage. She supported Leeson throughout their flight and his trial, believing in his good character, but the release of Leeson’s book was the final straw. 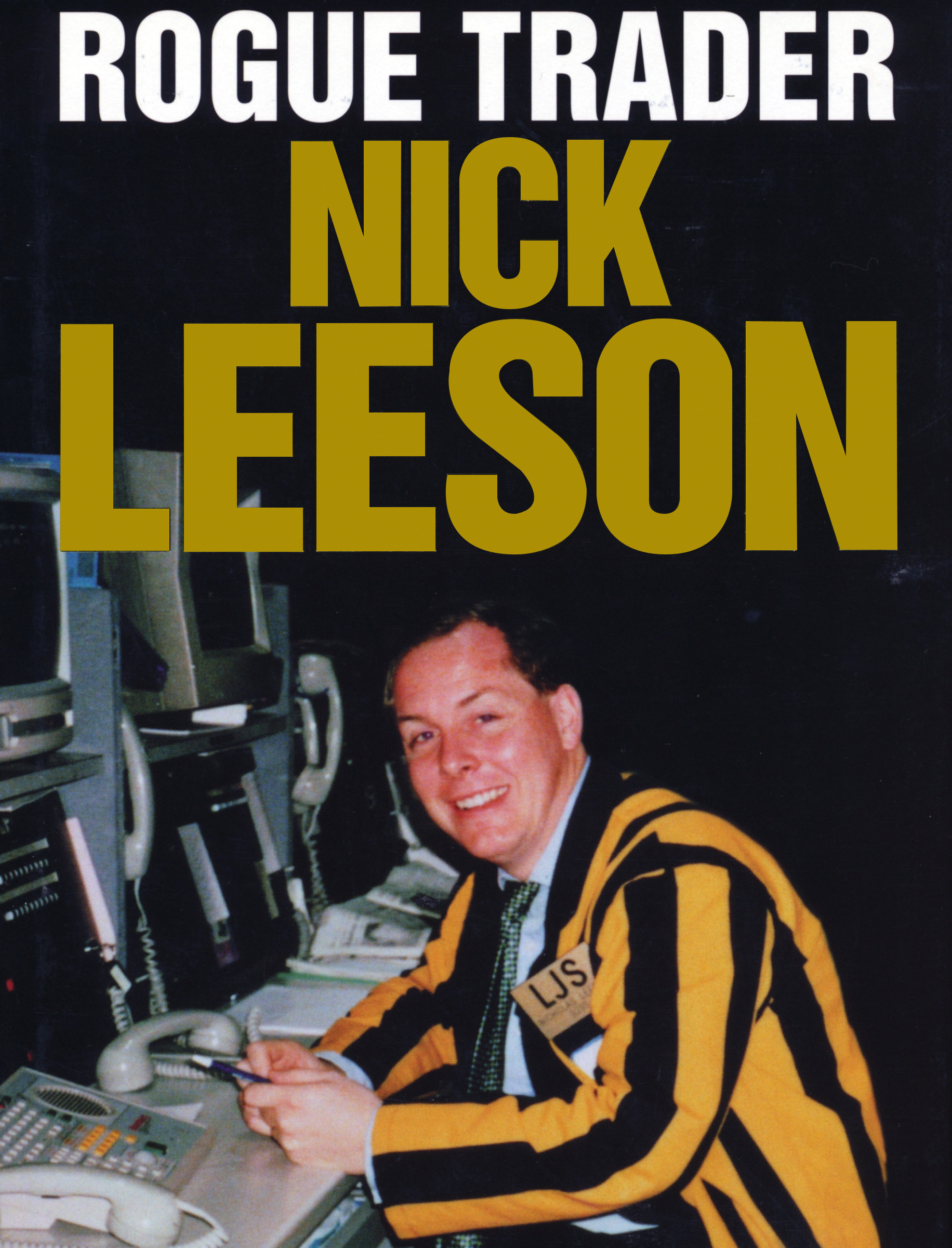 Finally discovering the true extent of Leeson’s lies – to her as well as the rest of the world – Lisa Sims divorced Nick while he was in Changi Prison. She ended up marrying a different City trader.

Conditions in Changi Prison were dire, according to Leeson. “You’re locked up 23 hours a day; you sleep on a rough, uneven floor; everybody else is a Triad gang member,” he has said. “It’s 100 degrees when you get up in the morning and gets hotter during the day.”

In prison Leeson was diagnosed with colon cancer, from which he later recovered. He underwent an operation to remove sections of his intestine. Soon afterwards, he was released for good behaviour, having served four years. Reportedly, Leeson shared his flight back to London with British journalists who served him champagne and smoked salmon. For salacious news stories, the freed Leeson was a goldmine.

‘The most embarrassing period of my life’ 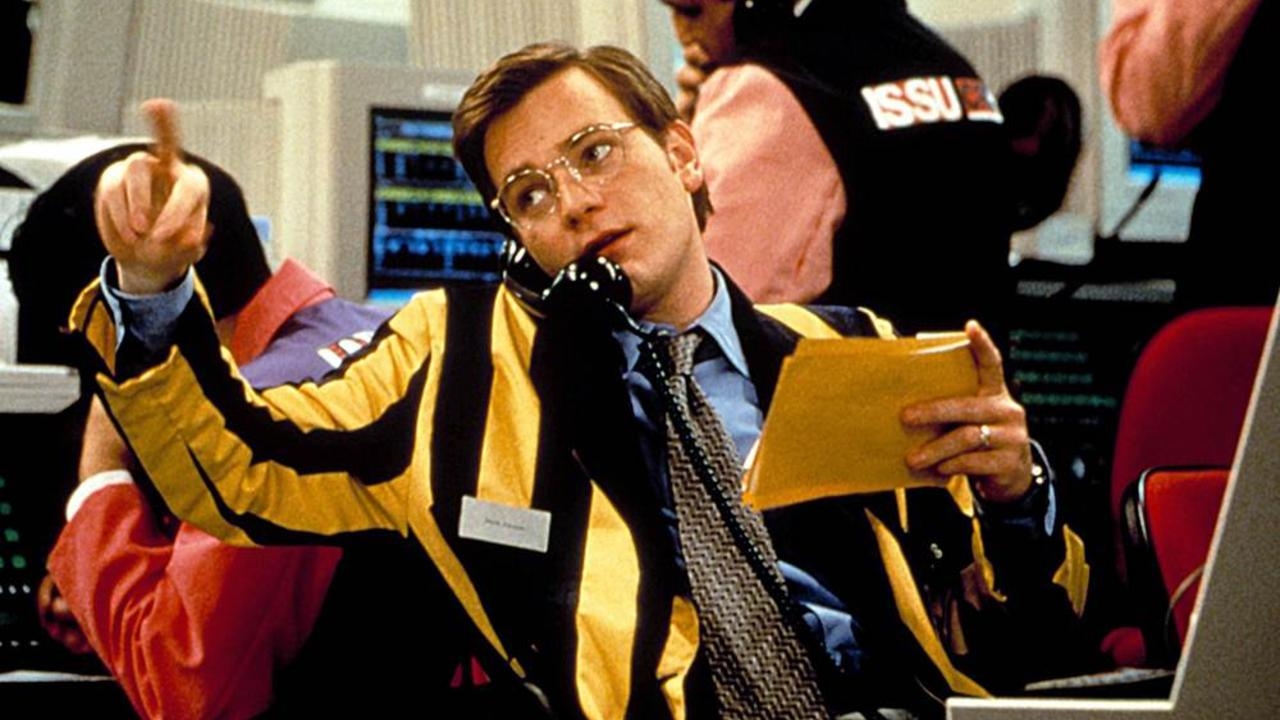 As he arrived at Heathrow Airport, Leeson had his much-anticipated statement at the ready. He offered an apology to his countless sacked co-workers, and said: “I want to state clearly here that I know I did wrong. I am not proud of my activities as a trader with Barings Bank in Singapore. I was foolish and very much regret what happened.”

However, in the months and years to follow, Leeson thrived off the media buzz around his life story. He reportedly signed a £200,000 book deal and received a share of the profits from Rogue Trader, the movie based on his life that starred Ewan McGregor and Anna Friel. It was also reported that he signed a £100,000 deal with the Daily Mail to sell his story.

As an after-dinner speaker, Leeson has met with a whole host of influential celebrities and politicians, including Mikhail Gorbachev, Stephen Fry and Aron Ralston. In 2003, he moved to Galway with his second wife Leona, a beautician. He also became the commercial manager for Galway United Football Club. He became a debt counsellor, and has spoken out about the pitfalls of the financial world and dangerous loopholes in accountability. 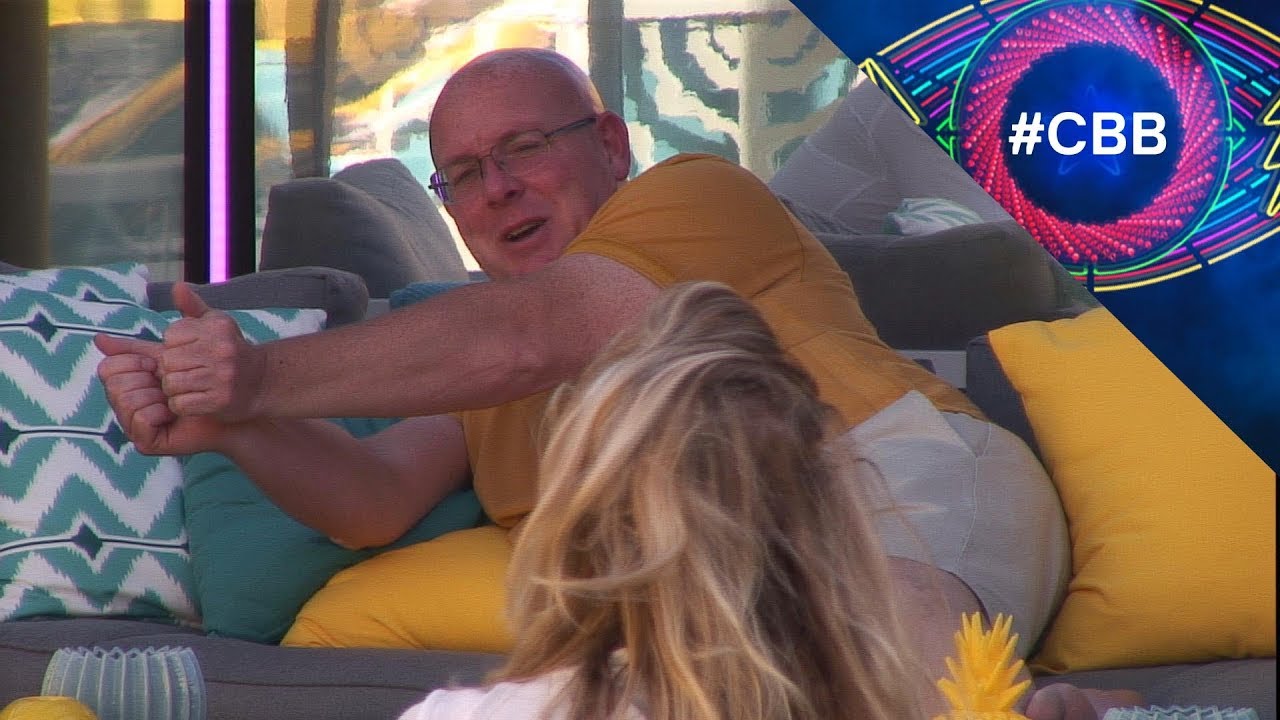 Meanwhile, others have continued to suffer from Leeson’s actions. The loss of jobs, pensions and savings over the notorious error account 88888 rankle in the UK to this day.

Perhaps most extraordinary is the tale of banker Steve Hall from Croydon. No relation to Leeson, he bears an uncanny resemblance to Leeson, and was hounded in the streets and physically attacked for his appearance. One employer advised him that he “didn’t stand much chance” in the finance world because of his looks. Eventually, he moved to Indonesia to avoid the unwanted attention and to rebuild his career in finance.

Although Leeson has indicated that some of his colleagues avoided scrutiny during his downfall, he does take full responsibility for his crimes. Speaking to Peter Norris, a fellow financier, Leeson reflected: “I was 25 years old. I should have turned round and asked for advice, but I didn’t. It was the most embarrassing period of my life and the only person who did anything criminal was me.”