12 Roarsome Dinosaurs That Will Transport You Back To Your Childhood

They may have been extinct for 65 million years, but not existing anymore has never stopped dinosaurs from being a popular feature in the lives of young children across the globe. They have brought in billions appearing in record breaking blockbuster films, popular TV shows and classic retro video games, meaning that were we ever to successfully clone them, then dinosaurs should definitely demand a cut of the profits they have helped amass over the last few decades alone.

So please join us as we take a trip back in time, not to the Jurassic era, but to our wonderful 80s and 90s childhood, where the following 12 roarsome dinosaurs provided us with hours of entertainment. 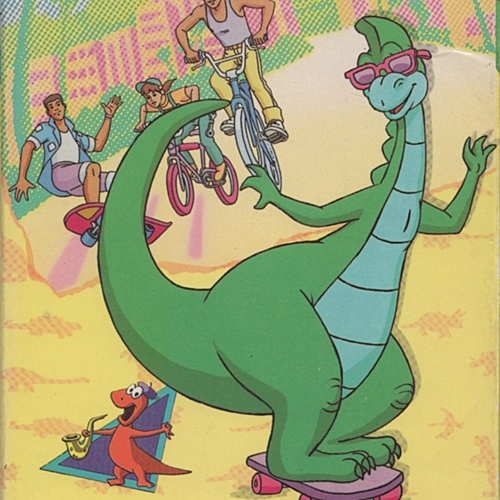 Its memorable theme tune reminded us that Denver the last dinosaur was “our friend and a whole lot more,” and we were always entertained by the adventures of this rocking dino and his cool teenage friends.

Denver the Last Dinosaur, which originally ran for 50 episodes during 1988, saw the titular beast released into society by a group of young Californians. 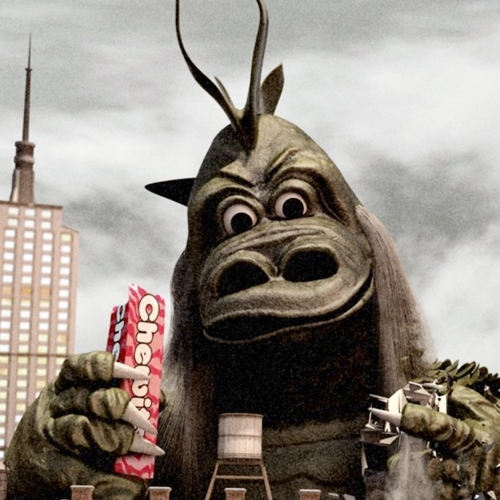 Created for a classic TV advert and later christened Chewie the Chewitsaurus, this Godzilla inspired beast had us rushing to our local newsagent to purchase a packet of delicious Chewits.

The advert in question contained the line “run for your lives, the monster is coming, he’s eating everything in his path,” so we were so thankful when a packet of hastily dispatched Chewits stopped Chewie in his tracks. 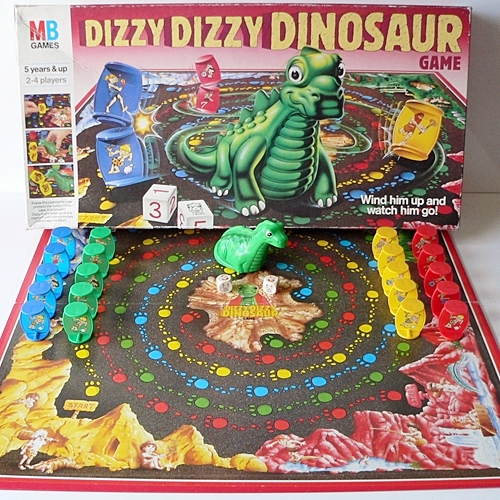 A memorable board game that first hit toy shop shelves during 1987, Dizzy Dizzy Dinosaur kept us entertained for hours.

Dizzy Dizzy Dinosaur had a battery-powered dino that would move around the game board until it knocked over someone’s game piece and eliminated them from the competition. 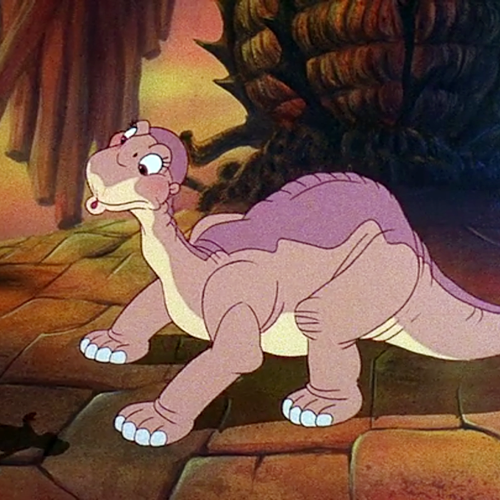 Featuring in the popular 1988 animated film The Land Before Time, the extremely cute Littlefoot stole our hearts as soon as we first set our eyes on him.

Unfortunately we were also traumatised for life when a dinosaur fight on a rain-swept evening resulted in Littlefoot’s mum passing away. 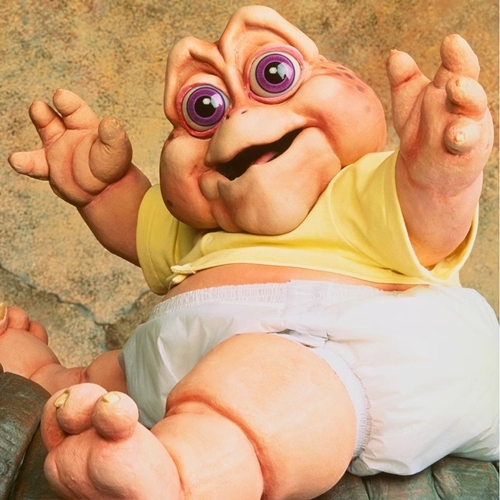 Dinosaurs was on our TV screens between 1991 and 1994, and featured the gorgeous but extremely sarcastic Baby Sinclair, whose catch phrases included “I’m the baby, gotta love me” and “not the mama!” 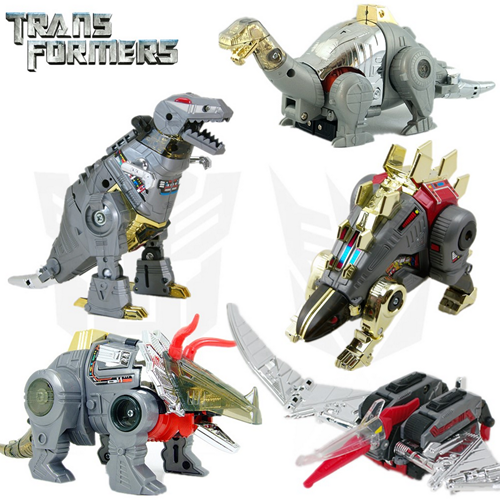 Whilst we were massive fans of the first wave of Transformers toys, it wasn’t until the Dinobots arrived that the franchise really caught hold of our young imaginations.

Featuring robots who could transform into amazing-looking dinosaurs, the Dinobots roster included their leader Grimlock as well as Slag, Sludge, Snarl and Swoop. 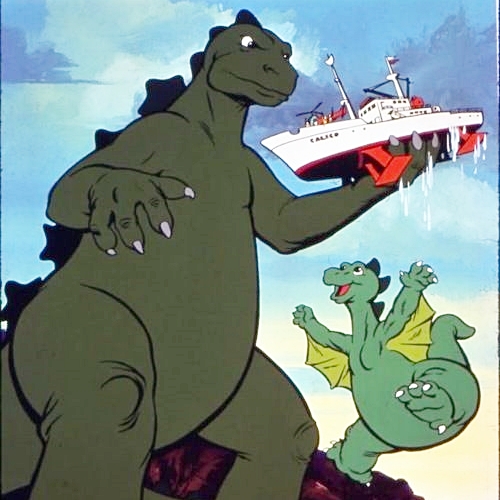 Apparently Godzilla is a mutated species of dinosaur called a Godzillasaurus, meaning that we were able to include his fantastic 1980s cartoon as part of our dino countdown.

As much as we liked Godzilla himself, it was his bumbling, cowardly nephew Godzooky that we really took to when we first watched repeats of the show during the early 1980s. 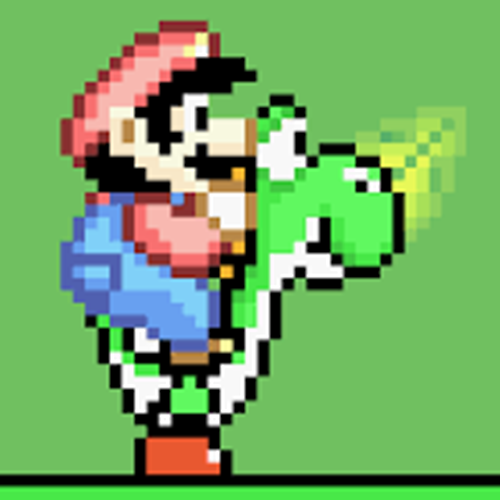 A Nintendo video game character who first appeared in 1990’s Super Mario World for the SNES, Yoshi started out as a sidekick for the plumbers Mario and Luigi.

This lovely green dinosaur would soon appear in a number of his own video games however, including Super Mario World 2: Yoshi’s Island and, more recently, Yoshi’s Woolly World and Yoshi’s Crafted World. 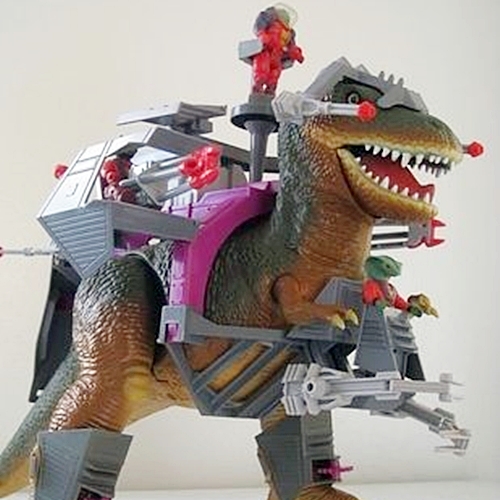 Appearing on our TV screens in a cartoon that was created solely to promote their exciting toy range, Dino-Riders told the story of time-travelling humans who learnt how to tame and militarise dinosaurs.

Four sets of Dino-Riders toys were released between 1988 and 1990, with some of the larger (and more expensive) ones having a motorised walking action. 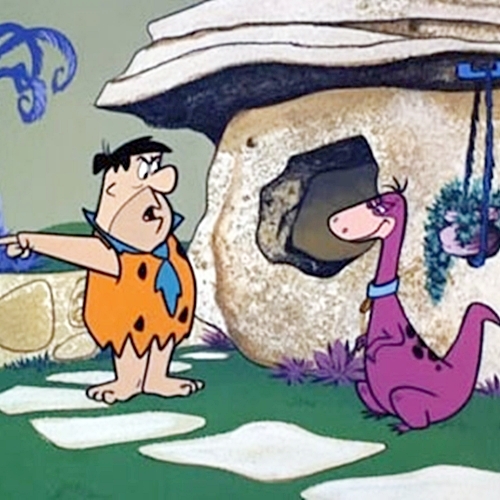 It may have been created all the way back in the 1960s, but The Flintstones proved so popular that repeats were aired for many more years to come.

This legendary animated sitcom of course featured a myriad of dinosaurs, but our very favourite had to be Fred and Wilma’s pet that went by the name of Dino. 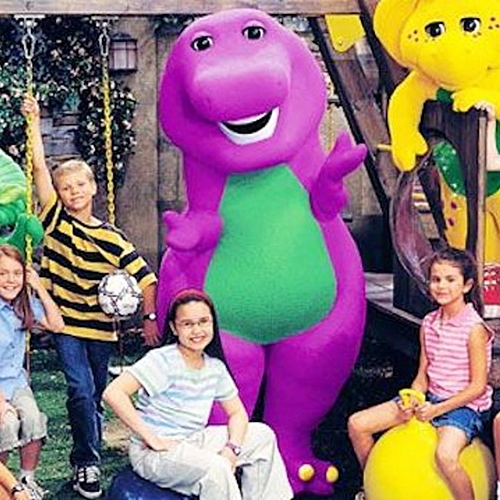 He’s possibly one of the most annoying characters in the history of television, but Barney the purple dinosaur proved to be extremely popular amongst his target age range.

Barney & Friends premiered in 1992 and lasted for an impressive 17 years until it was finally cancelled in 2009, much to our relief. 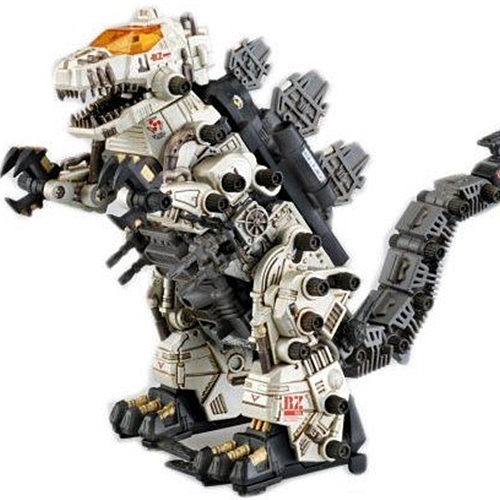 Zoids were a collection of awesome buildable dinosaurs that we always wanted for Christmas but were tragically never gifted.

The greatest Zoid of them all simply had to be the Tyrannosaurus-Rex-inspired King Gojulas, who was actually one of the final designs of this popular range of toys to be released.