For a time, River Phoenix and Martha Plimpton were one of the most talked-about couples in Hollywood. Having met on the set of The Mosquito Coast in February 1986, Phoenix and Plimpton were together for more than three years, before Plimpton decided to split from Phoenix in June 1989.

It was unclear, initially, what had happened between these two seemingly perfectly matched people; even after the relationship ended, the two actors remained friends. Then came Phoenix’s untimely death in 1993. Since that day Plimpton has largely refused to talk publicly about Phoenix, only suggesting that it was his drug problems that ultimately convinced her to leave him – and revealing that she decided to have an abortion not long after the relationship ended. 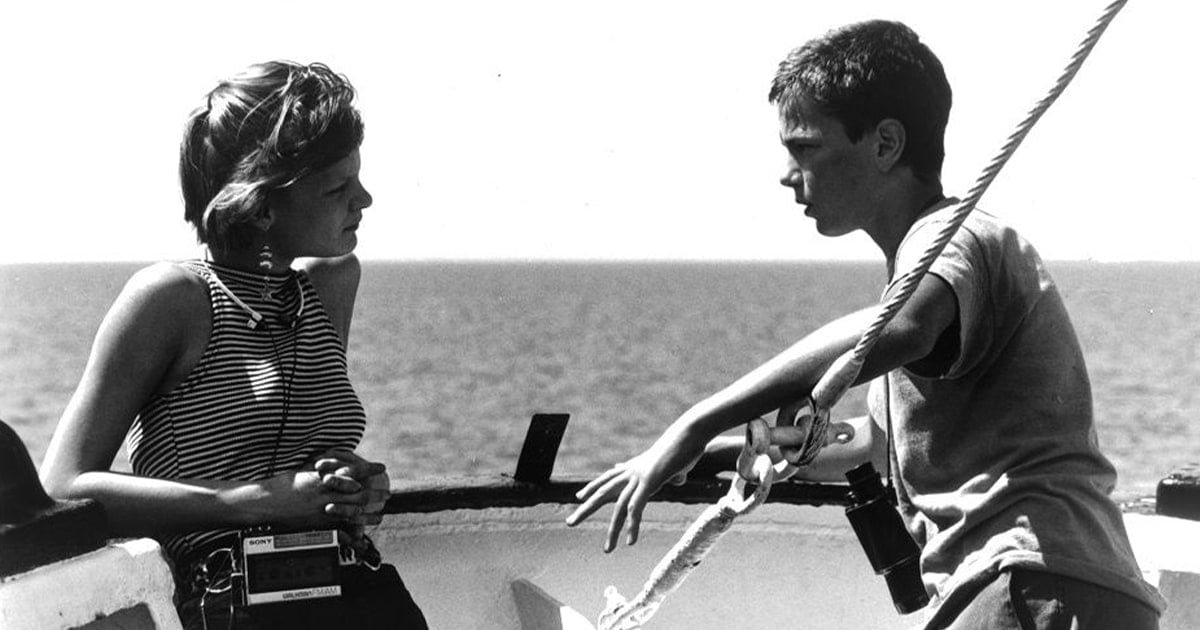 “We couldn’t stand each other”

Martha Plimpton and River Phoenix rose to prominence in the film industry around the same time. Plimpton was a third-generation thespian, heir to the Carradine acting clan (although she says she had no real relationship with her father Keith Carradine at the time). Phoenix, meanwhile, was one of four siblings, all of whom were working as performers – including his little brother Joaquin Phoenix, then known professionally as Leaf.

Both Plimpton and Phoenix started out doing commercials before landing roles in rival 1985 adventure movies; Plimpton took the role of tomboy Stef in The Goonies, whilst Phoenix played science whizz Wolfgang in Explorers. However, Phoenix really took off the following year with 1986’s hugely acclaimed Stand by Me.

Phoenix’s star turn as troubled youth Chris wowed audiences and critics alike, and he was promptly hailed the most promising actor of his generation. Phoenix’s next role was in Peter Weir drama The Mosquito Coast, which cast him as the son of Harrison Ford and Helen Mirren. Also in the cast, in a love interest role for Phoenix, was Martha Plimpton. 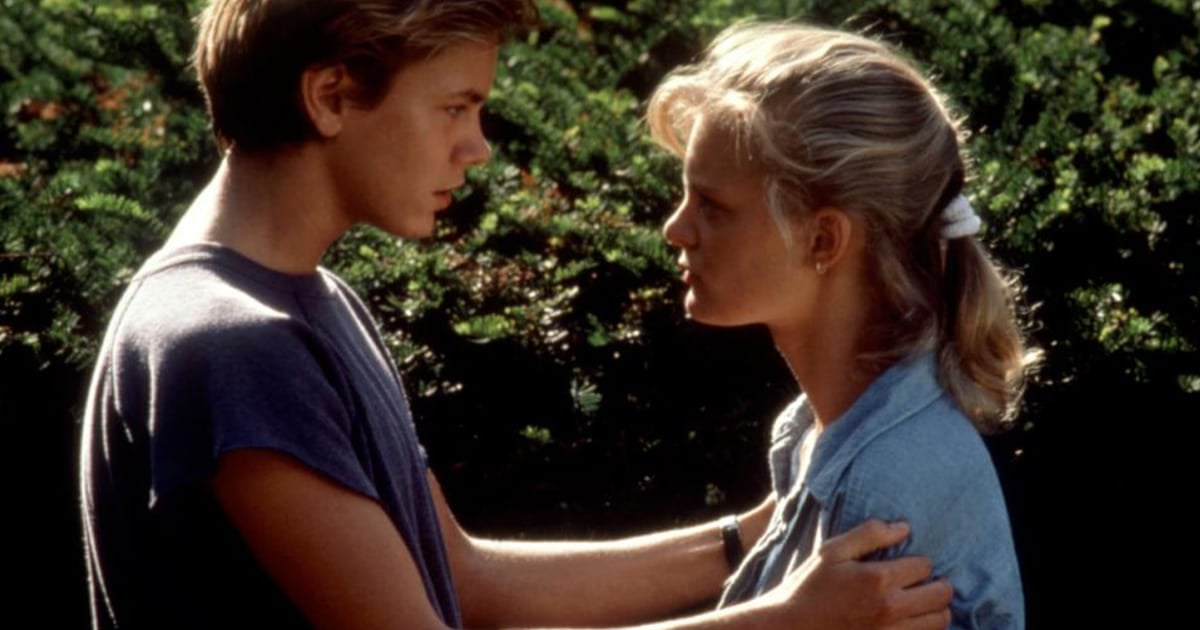 Phoenix once remarked that, on their first meeting in 1985, he and Plimpton “couldn’t stand each other,” but things changed during production on The Mosquito Coast. The two, then both aged 15, began a relationship. As Phoenix was already the most talked-about actor of his age group, the romance was under a heavy spotlight from the off.

Like many up-and-comers of the era, Phoenix and Plimpton were keen to use their press coverage to draw attention to causes they cared about. Notably, they were prominent champions of animal rights and the vegan lifestyle, still fairly niche subjects back in the 80s. This didn’t go over well with everyone.

Influential magazine Cosmopolitan once bemoaned, “Causes are another effective way to be boring, particularly for the younger Hollywood set. River Phoenix and Martha Plimpton talk constantly about how they don’t eat meat, don’t wear fur and don’t abuse their bodies. They’re so sensitive, they don’t even eat honey.” 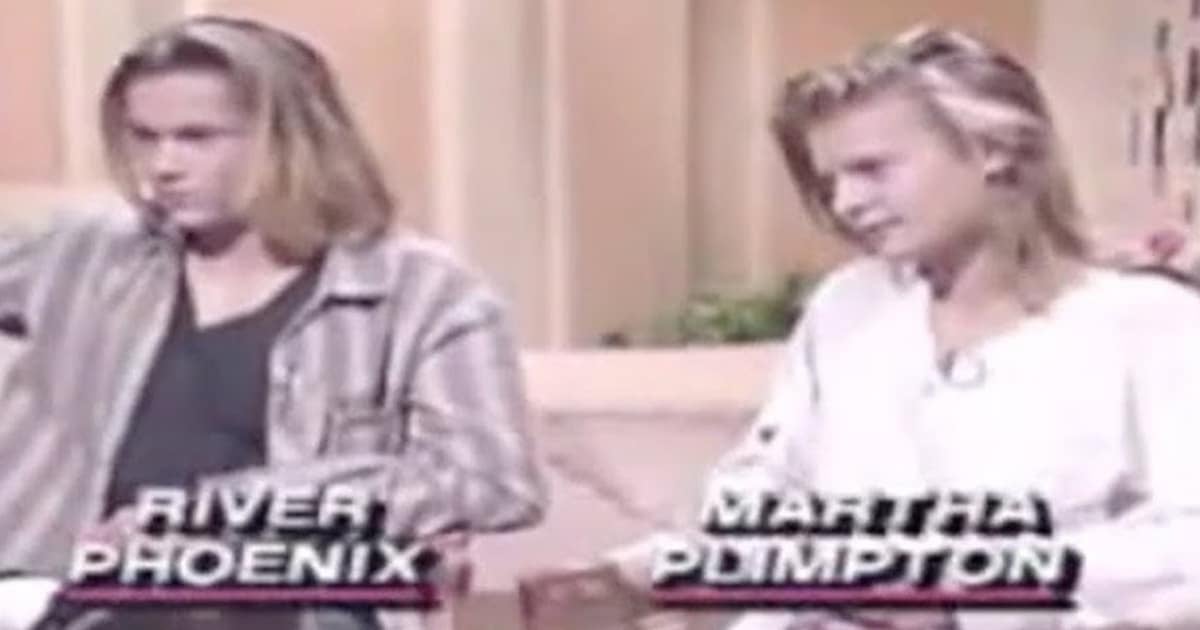 Phoenix seems to have been the principal driving force in this celebrity activism. In a widely shared quote from the time, Plimpton recalled learning how passionate Phoenix was about veganism. “Once when we were 15, River and I went out for this fancy dinner in Manhattan and I ordered soft-shell crabs. He left the restaurant and walked around on Park Avenue, crying.”

“I went out and said, ‘I love you so much. Why?’ He had such a pain that I was eating an animal, that he hadn’t impressed on me what was right. I loved him for that. For his dramatic desire that we share every belief, that I be with him all the way.”

Two years after The Mosquito Coast, Phoenix and Plimpton were cast alongside one another a second time, and once again as love interests, in 1988 Sidney Lumet drama Running on Empty. Though unsuccessful commercially, the film was hugely acclaimed by critics, with Phoenix in particular earning massive praise: his performance earned him Best Supporting Actor nominations at both the Oscars and the Golden Globes. 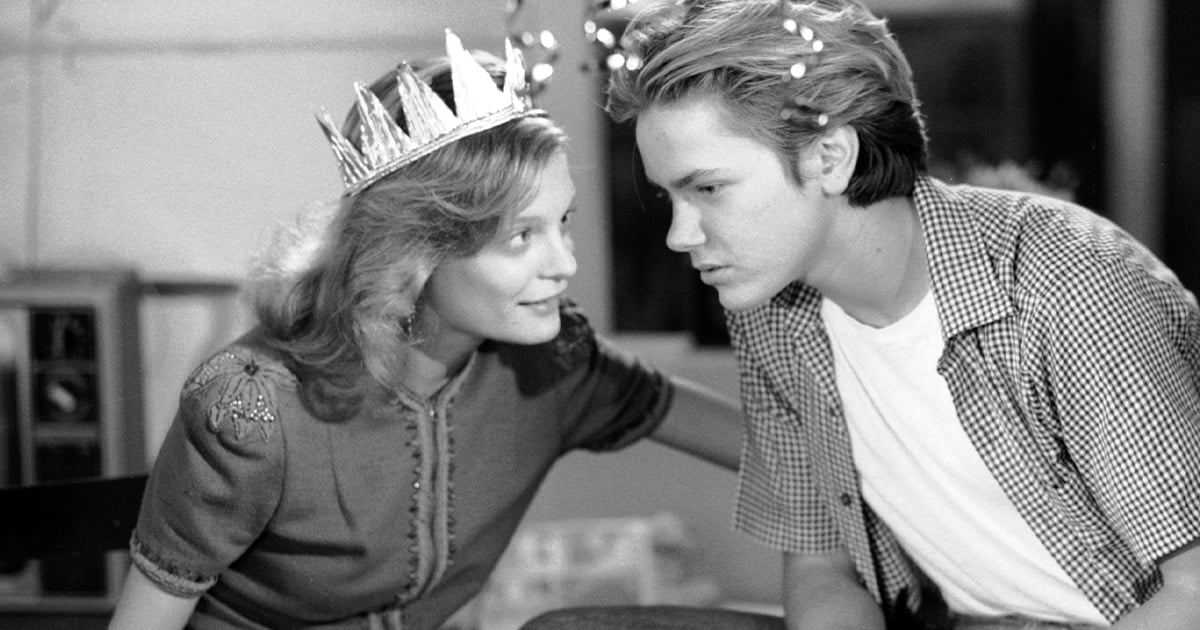 Plimpton, by comparison, was overlooked (although she received a Best Young Actress nomination at the Young Artist Awards), but she was still often seen publicly at Phoenix’s side. She accompanied him to the Academy Awards in March 1989, where unfortunately Phoenix went home empty-handed, the Oscar instead going to Kevin Kline for A Fish Called Wanda.

The couple would not act together on screen again, although not long thereafter Plimpton starred alongside Phoenix’s younger brother Leaf (aka Joaquin) in Parenthood; this comedy-drama also starred Keanu Reeves, who would later become a close friend of River and work with him on acclaimed indie hit My Own Private Idaho.

Parenthood opened a few months after Indiana Jones and the Last Crusade, in which Phoenix had a scene-stealing cameo as young Indy. That same summer, word broke that Phoenix and Plimpton, both approaching 19 at the time, were no longer together. 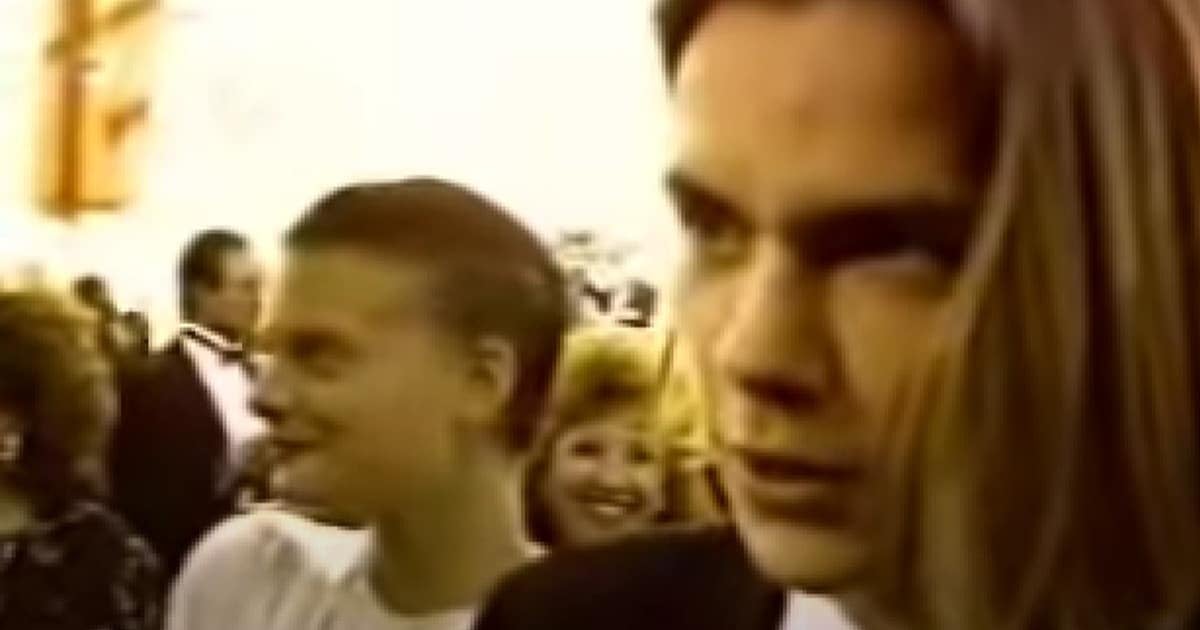 “I’d listen for 20 minutes to his jumbled, made-up words”

Since Phoenix’s death in 1993, it has been reported since that the drug use which eventually killed him was the main reason Plimpton ended their relationship. In the 2004 book In Search of River Phoenix, Plimpton reflects, “When we split up, a lot of it was that I had learned that screaming, fighting, and begging wasn’t going to change him. He had to change himself, and he didn’t want to yet.”

Despite the break-up, Phoenix and Plimpton reportedly remained friends. She joined him at the premiere of his 1991 film Dogfight and is said to have offered him a shoulder to cry on during the collapse of his subsequent relationship with Susanne Solgot, a musician and massage therapist.

Plimpton said Phoenix would “often be high when he called. I’d listen for 20 minutes to his jumbled, made-up words, his own logic, and not know what he was talking about. His language would become totally incoherent. He’d say, ‘you’re just not listening closely enough.'” 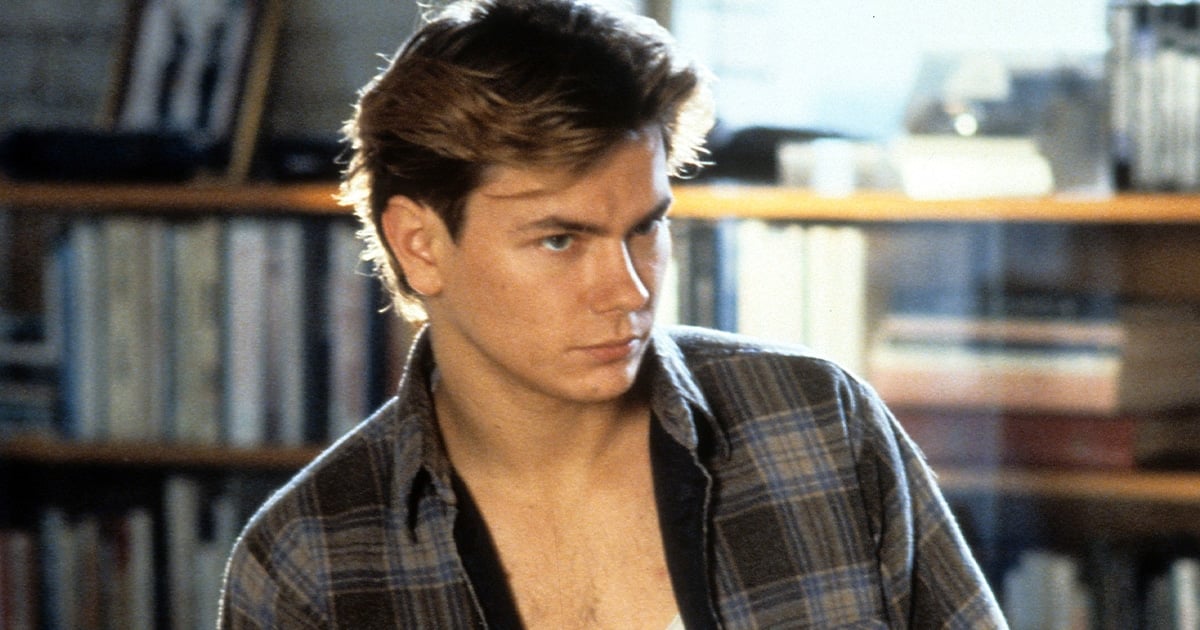 Following his death, Plimpton’s statements about Phoenix have been few and far between. She told Buzzfeed in 2014, “I don’t talk about it anymore. And I haven’t talked about it since then for a number of reasons. Chief among them is that if I did, that would be all anyone would ever say I had ever said about anything, ever.”

However, public remarks made by the actress since then have prompted speculation that there may have been more to Plimpton and Phoenix’s split than drugs. In response to the growing anti-abortion movement in the US, Plimpton has become a vocal pro-choice figure.

The actress penned an essay in 2014 in which she made it public that she had two abortions in her younger years, including one in the aftermath of her breakup with Phoenix. 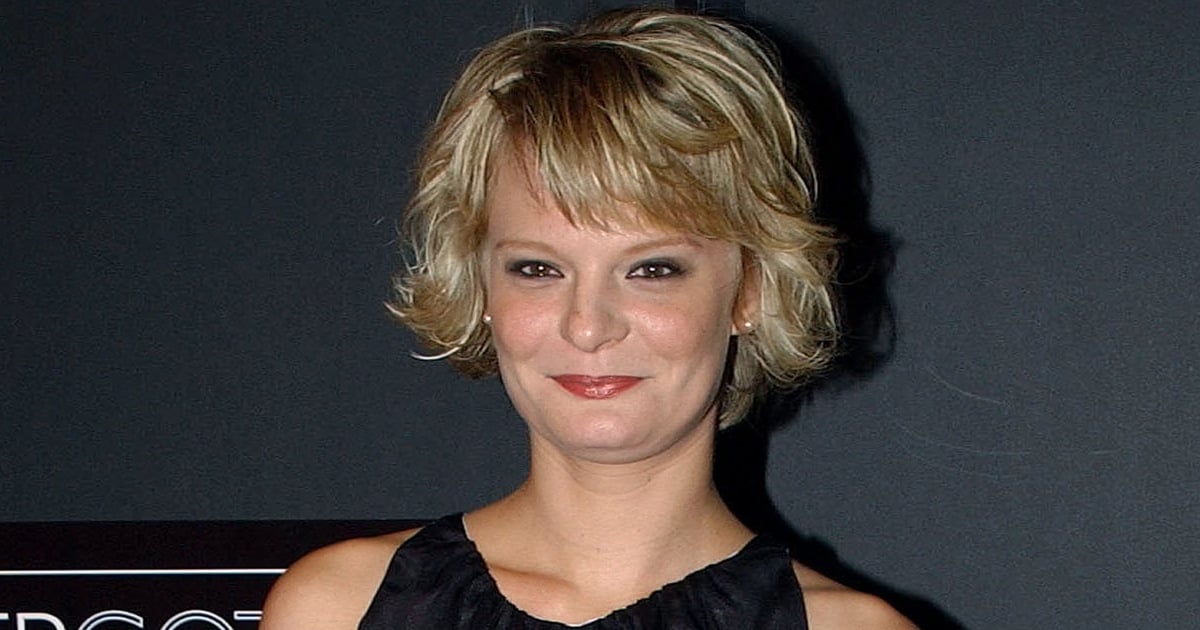 At a 2017 pro-choice event in Seattle, Plimpton told the audience, she had her “first abortion” there aged 19. People were critical of Plimpton’s remarks, which some felt flippant, but beyond this the fact that Plimpton admitted to having her first abortion at 19 – not too long after her split from Phoenix – has resulted in widespread speculation that Phoenix must have been the father. This in turn has led to unfounded allegations that Plimpton’s decision to abort plunged Phoenix into a depressive state which only furthered his drug dependency.

Unsurprisingly, Plimpton has never said publicly whether or not Phoenix was the father (nor should anyone expect her to). It is worth taking into account, however, that Plimpton broke up with Phoenix in June of 1989, and she did not turn 19 until that November, a full five months later. As such, if we were to assume it was Phoenix’s baby, she would have had to fall pregnant very soon before their split, then had the abortion not long after her birthday. 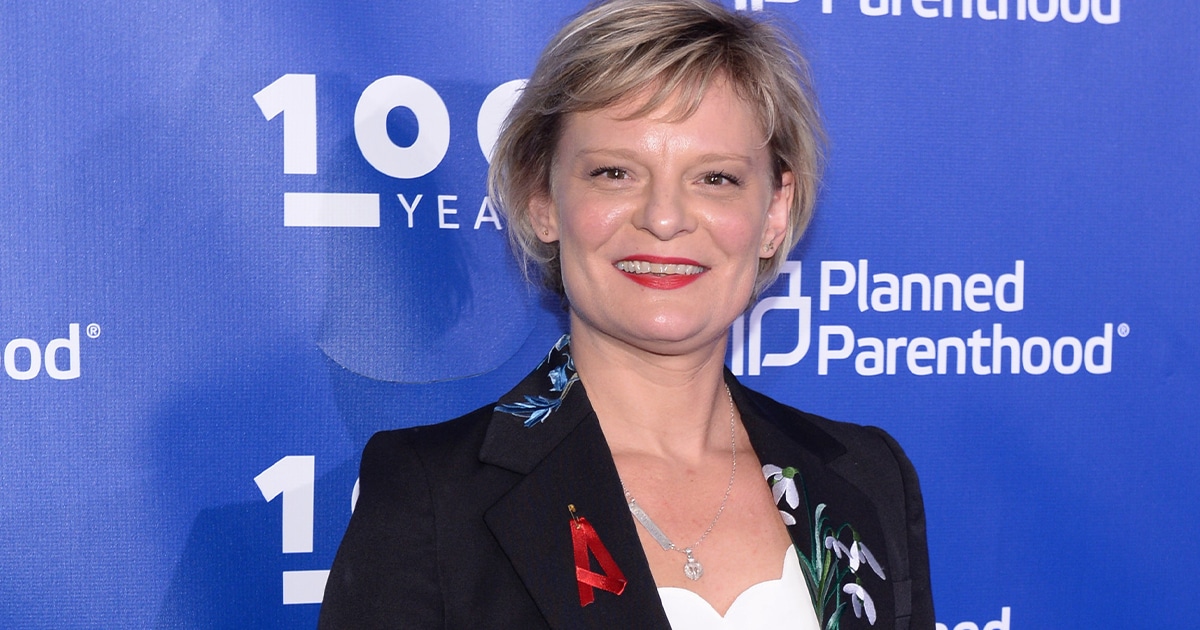 “He was just a boy, a very good-hearted boy”

Since the early 90s, Plimpton has largely eschewed mainstream Hollywood in favour of independent films and theatre. In more recent years she has enjoyed a resurgence on television, with a leading role on comedies Raising Hope, The Real O’Neals and Generation. 2021 gave her perhaps most acclaimed film performance yet, in hard-hitting drama Mass.

More than three decades on from their split, Plimpton still refuses to discuss River Phoenix publicly. Perhaps we should take the actress’s final word on her lost ex-boyfriend to be the statement she made immediately following his death in 1993:

“[River is] already being made into a martyr. He’s become a metaphor for a fallen angel, a messiah. He wasn’t. He was just a boy, a very good-hearted boy who was very f***ed up and had no idea how to implement his good intentions. I don’t want to be comforted by his death. I think it’s right that I’m angry about it, angry at the people who helped him stay sick, and angry at River.”