When 25yo Rick Springfield Dated 15yo Linda Blair

The most famous child actor of her generation, Linda Blair soon became the most infamous. Sky-rocketing to stardom as Regan MacNeil, the 12-year-old girl possessed by the devil in 1973 horror classic The Exorcist, the young Blair was quickly thrust into the limelight, as well as the Los Angeles party scene. There, Blair found her first serious boyfriend in an up-and-coming Aussie rock musician.

Linda Blair was only 15 when in late 1974 she met and began dating Rick Springfield, who at the time was 25. The relationship ended within a year, yet Blair and Springfield remain good friends to this day, and neither has shied away from discussing the underage romance. Springfield, for one, bluntly recalled of Blair in his autobiography: “I am her first lover, and she is an enthusiastic learner.”

When Blair met Springfield at famous LA venue the Whiskey a Go Go in 1974, the Australian singer and guitarist was, in his own words, “a penniless musician in a $180-a-month apartment.” While he would enjoy huge success in 1981 with his hit single Jessie’s Girl and as an actor on TV’s General Hospital, Springfield was then still comparatively unknown, and had recently gone through some dark times personally (the singer attempted to take his own life aged 17).

Yet while Springfield was still an up-and-comer in the mid-70s, Blair was at the height of her fame from The Exorcist. The two met backstage before Springfield’s show, and the musician (who admits he wasn’t initially aware of their age gap) accepted an invitation to join Blair and her sister at a bar afterwards. Springfield recalls thinking at the time, “I don’t think either her or her sister is of legal drinking age, but… it’s the 70s, so who cares – obviously no one.”

Blair recalls of their meeting, “I went upstairs. There in the middle of the room was Rick, scantily clad in the caveman outfit that he used to perform in. And it was just love at first sight, for both of us.”

Soon thereafter, the couple decided to move in together – and, as surprising as it may seem today, they did so with the full support of Blair’s mother, Elinore Blair, who Springfield says was “our cheerleader and defender when the story got out to the media.” Blair concurs: “my mother loved Rick, and so he was part of our family.”

The couple seemed taken aback when their relationship was greeted with hostility from the tabloid press. Springfield reflects that they were “actually really shocked by the incensed articles in both teen and regular press about our affair. Either we have zero understanding of what makes the press tick, or it’s a really slow month for news. We’re pilloried for the whole age difference thing, but eventually the media relents and backs off – whether they get bored of it or used to us is anyone’s guess.” 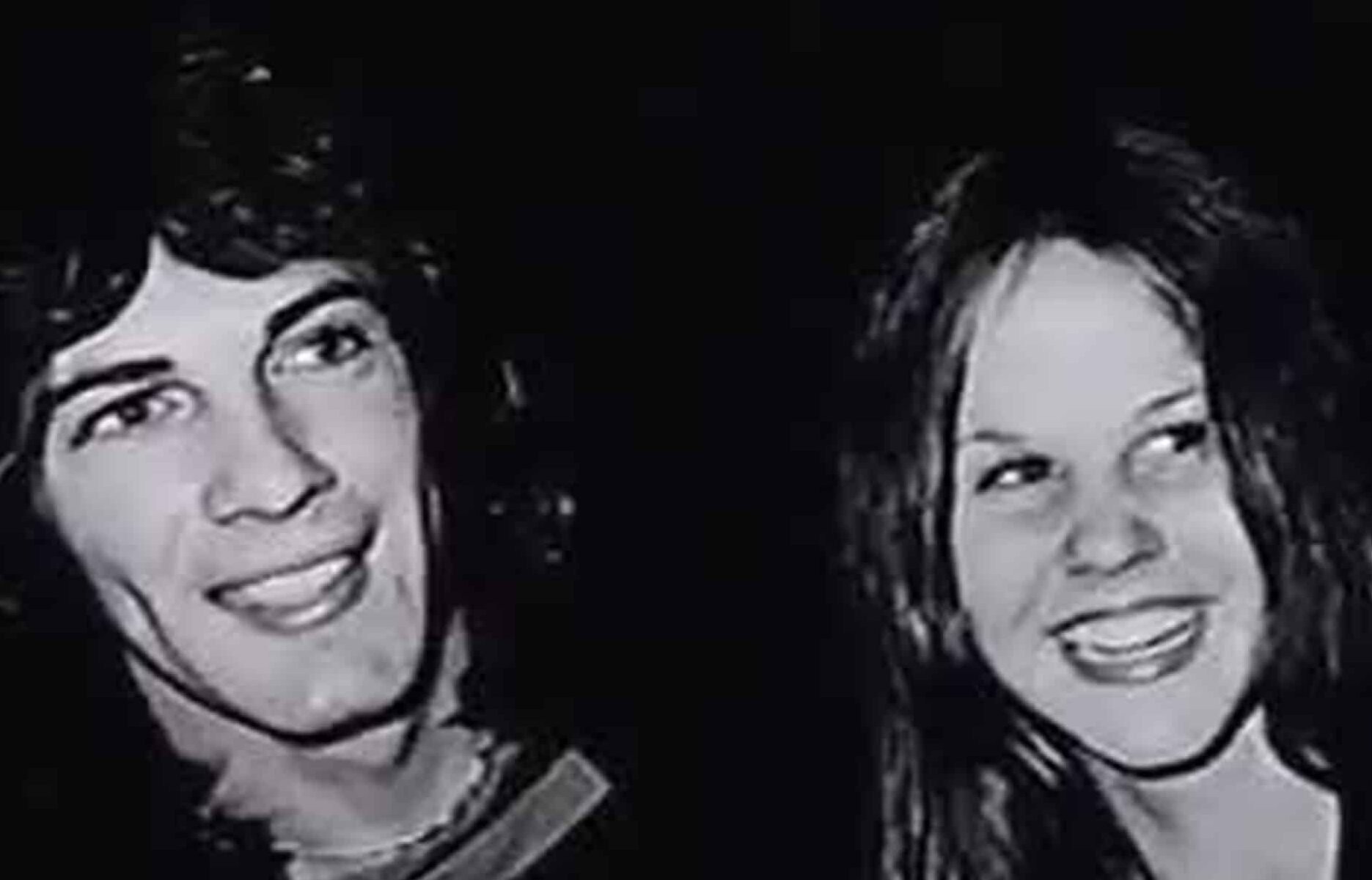 However, the romance was not to last, and Blair suggests the press attention was part of why they broke up. “Really the only reason that we didn’t stay together is being in the industry, a lot of people have learned that it’s very difficult under the limelight, there’s a lot of scrutiny. So he had his own world, and then there was mine – the most famous teenager in the world.”

Springfield tells a slightly different story, saying they broke up over arguments about his drug use, although he also stresses they both had heavy drug habits, and that both of them routinely slept with other people.

In the immediate aftermath of the breakup, Blair did not shy away from talking about their relationship. In a 1977 Cosmopolitan interview, the then-18-year-old Blair seemed to delight in admitting she was underage with Springfield: “it doesn’t bother me… a lot of people still get uptight – this tiny child setting up house with a man! Wheee! Pretty scandalous, huh?”

Courting controversy, the young actress went on to profess, “I’ve been with a lot of older men, some of them have been in their late thirties; that’s the age I relate to best. Oh, I’ve been through so much!” On top of her mother being unconcerned, other adults in Blair’s life seemed to treat her differently than we might expect today: her Exorcist II director John Boorman, for one, remarked that Blair had “the compulsive beauty of corrupted innocence.”

In another interview with People around the same time, Blair listed some of her subsequent lovers, many of whom were rock musicians, including Glenn Hughes and Ted Hartlett. (Several years later, Blair would also date Rick James, the notorious singer-songwriter behind Superfreak). At the time Blair said of her attraction to musicians, “They’re sensitive, and though their heads might be all messed up, they are more screwed on than other people.”

In 1984, Springfield married Barbara Porter; they have two children, and are still together today. Blair, by contrast, has never married or had children, although Rick James once claimed that she had an abortion after falling pregnant by him.

“He was the first love of my life”

While Blair and Springfield’s romantic relationship did not work out, the two have remained close friends, helped in part by a shared passion for animal rights. Springfield is a prominent supporter of Blair’s charity, the Linda Blair WorldHeart Foundation, pledging in 2011 to match donations raised for the cause from sales of children’s book Mom’s Big Catch. A decade after this, Blair wished Springfield a happy birthday on Twitter, thanking her former boyfriend and his fans for continuing to support her charity.

Looking back on their time together, Blair says she “will always in my heart feel that [Springfield] was the first love of my life, and probably in another day and age we would have spent our lives together, but it just didn’t work out… he’s very charismatic, he’s very sexy, he’s gorgeous. Women absolutely melt. And he still looks wonderful.”