The Richest Fictional Characters, According To Forbes

“Money can’t buy friends, but it can get you a better class of enemy,” the poet Spike Milligan once quipped. In fiction, certainly, millionaires and billionaires often find that their fortunes cause more trouble than they bargained for.

As nominated by Forbes, here are some of the wealthiest fictional characters the world has ever seen (excluding mythical and folkloric characters). Forbes chose to remove Santa Claus from the list after editors were “bombarded by letters from outraged children insisting that Claus is real.” She’s the wife of the imprisoned George Bluth Sr, a corrupt property developer who leaves his spouse with a net value of $950 million. Lucille Bluth of Arrested Development lives the high life, splashing her cash on auctions, chemical face peels and robot vacuums.

Bluth is highly materialistic and a functioning alcoholic, and she treats many members of her family with complete scorn and cruelty. But among her best-loved lines is the famous cost-of-living comment: “I mean, it’s one banana, Michael. What could it cost? Ten dollars?” The mysterious star of F Scott Fitzgerald’s 1925 novel The Great Gatsby, Jay Gatsby is a millionaire living on Long Island. Unlike the high society circles that he parties with, Gatsby is a self-made man who was raised in poverty in the Midwest.

He makes $1 billion in today’s money through a bootlegging empire. But Gatsby’s new fortune brings him no joy, as he struggles to impress the upper-class woman that he loves. Gatsby has been portrayed by Alan Ladd, Robert Redford and Leonardo DiCaprio over the decades. The hedonistic antihero of the TV show and book series Gossip Girl, Chuck Bass was born with a silver spoon in his mouth. Armed with a family fortune of $1.1 billion, he is a reckless womanizer who indulges in luxury holidays, designer clothes and limousines.

Chuck also entertains himself by playing mind games with the wealthy residents of New York’s Upper East Side. He is portrayed by the English actor Ed Westwick. This Downton Abbey widow is left in charge of the majestic Downton Estate when her husband Matthew Crawley dies in a car crash. Forbes puts her wealth at $1.1 billion, but Mary Crawley is no lady of leisure.

She handles business and farmer tenants across her estate, and she plans to modernise the family home as the 1920s kick off. Somewhat cold in her demeanour, she enjoys fox hunting and fine dining. 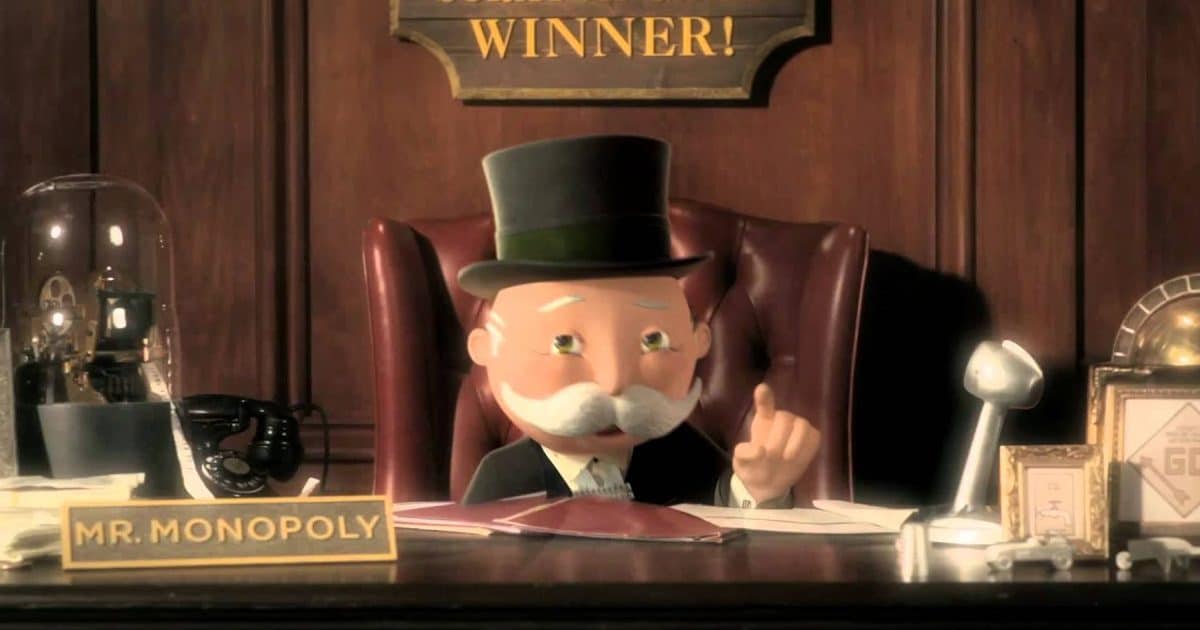 This moustachioed icon graces the cover of the beloved board game Monopoly. Officially named Rich Uncle Pennybags, he dates back to 1936, when he first appeared on Community Chest cards. He wears a morning suit, bowtie and top hat.

Reportedly Mr Monopoly was modelled after the American investment banker J P Morgan. According to Forbes, this mascot has a property portfolio worth $1.2 billion. He’s often seen with a cheerful grin and fistfuls of cash. Star of the Tomb Raider franchise, Lara Croft seeks out adventure across the globe – while seemingly footing the bill for her exploits without a moment’s hesitation. According to her 90s game manuals, Croft was raised by an aristocratic family in London.

However, her family disowned her when she became a mercenary and skilled thief. But Croft’s talents pay major dividends, as she hunts down treasures and artefacts. Forbes estimates that this fearless explorer is worth $1.3 billion. 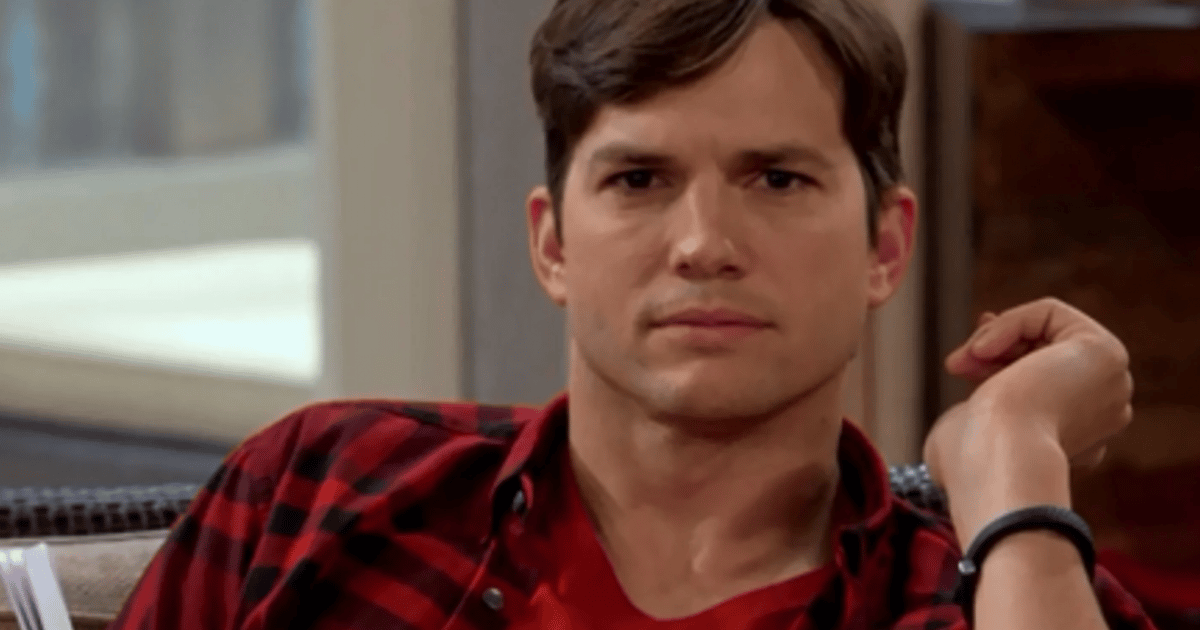 Appearing in seasons 9 to 12 of Two and a Half Men, Walden Schmidt made his fortune of $1.3 billion when he was a teenager, by designing a website and selling it to Microsoft. An eccentric divorcé, Schmidt likes to walk around his home naked and struggles to adjust to adult responsibilities.

Funnily enough, Ashton Kutcher became one of the highest-paid actors on television while playing Walden Schmidt. He earned about $700,000 per episode while starring in this top-grossing sitcom. With a net worth of $1.3 billion, the notorious Mr Burns terrorises his community and employees in The Simpsons. He owns the Springfield Nuclear Power Plant, and in his spare time, he loves to bully his devoted assistant Waylon Smithers Jr.

But Mr Burn’s journey to wealth has not been an easy ride. He has lost his entire fortune on three different occasions, and in one episode he is expelled from Billionaire Camp when his net worth slips down to a humiliating $996 million. 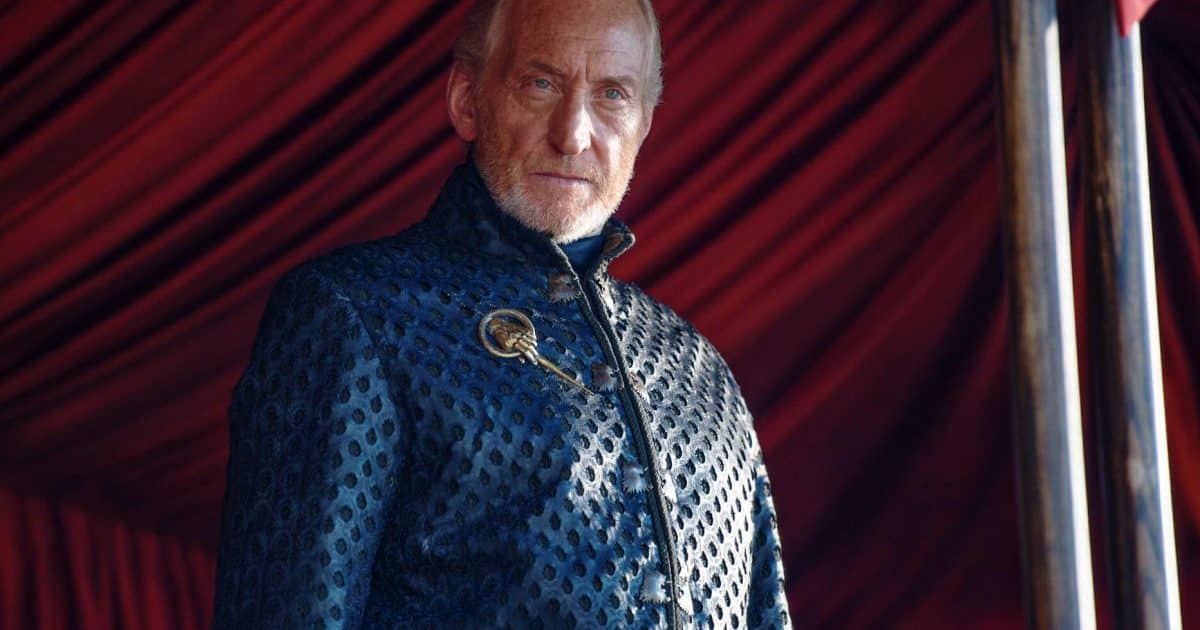 This menacing patriarch from Game of Thrones has plenty of titles: Lord Lannister, Lord of Casterly Rock, Warden of the West, Lord Paramount of the Westerlands, Hand of the King and Protector of the Realm. Forbes states that he has a fortune equivalent to $1.8 billion.

Tywin is a ruthless leader, fighting to elevate the Lannister name at any cost. When he isn’t commanding armies and arranging marriages for his children, Tywin preoccupies himself with hunting and fishing. 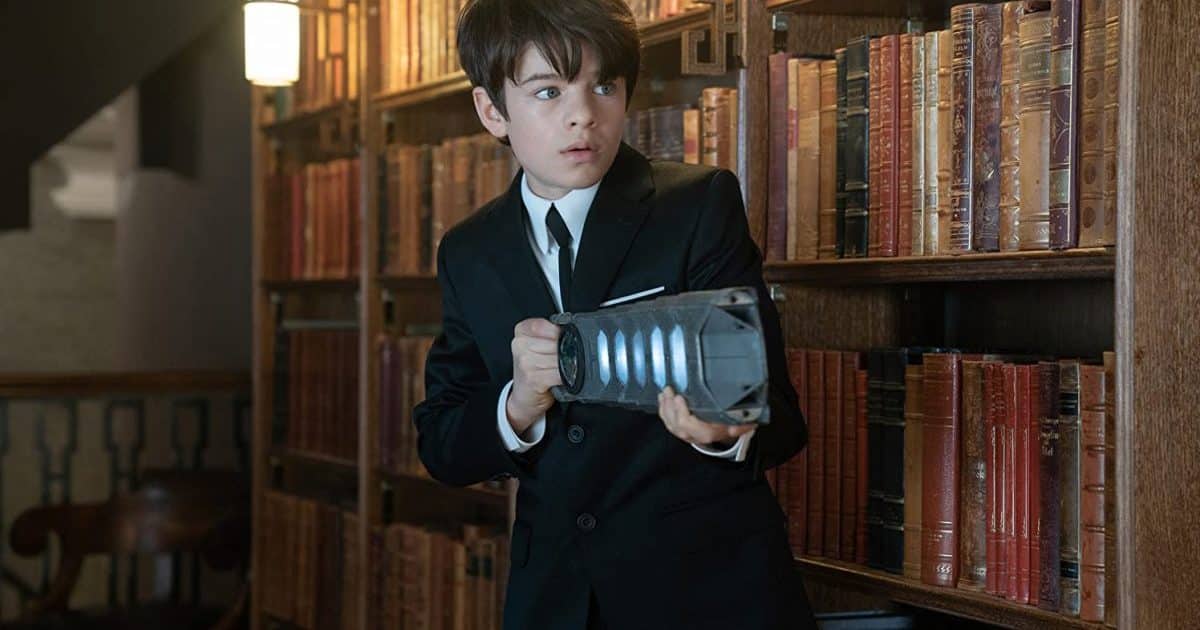 In the book series by Eoin Colfer, Artemis Fowl is a child genius with a fortune of $1.9 billion at his disposal. His wealth – accumulated from his missing father’s dubious business affairs – allows him to pursue his own fascination: the technologically-advanced world of magical creatures.

Emboldened by the family motto ‘Aurum Potestas Est’ (Gold is Power), Fowl is an anti-villain who will gladly take part in criminal enterprises to boost his wealth. He resides in Fowl Manor, Ireland, with his bodyguard named Butler. 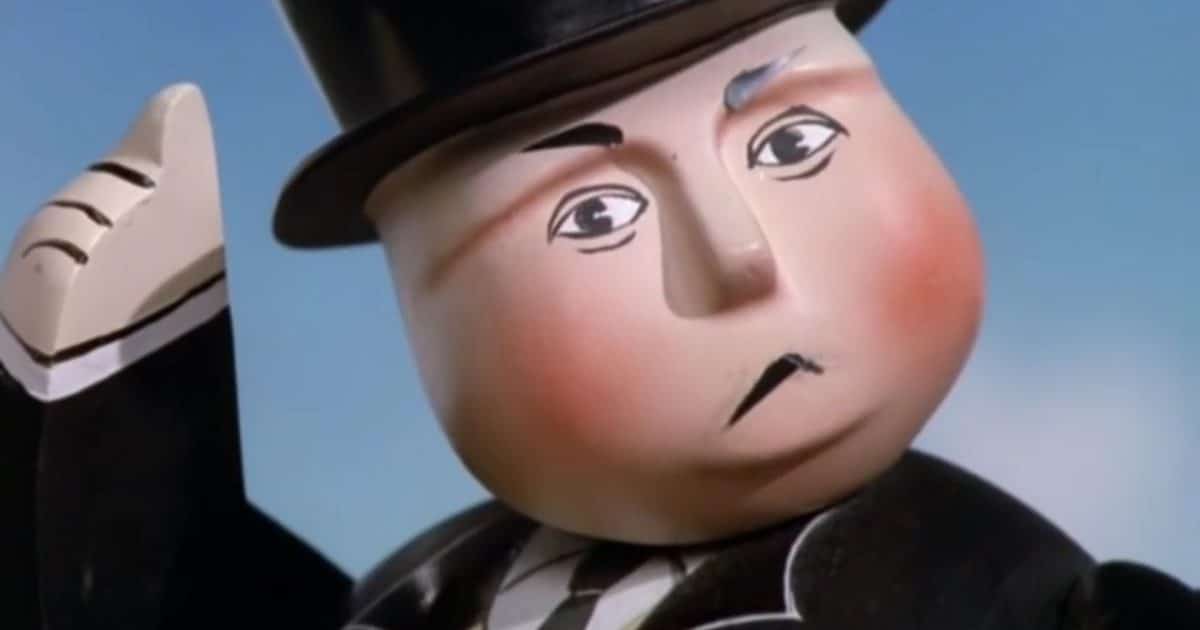 He is the inheritor of a family baronetcy and he runs the world’s biggest collection of vintage steam engines. With an estimated net worth of $2 billion, Sir Topham Hatt may be more familiar to you under the title The Fat Controller. One hedge fund expert said of the fake website: “Pretty much all of the sub-categories under the ‘Business’ section are either super generic (shipping and logistics) or totally zeitgeisty tech buzzwords (graphene engineering and renewable power harvesting) to make this guy seem to me like a believable businessman of the moment.” 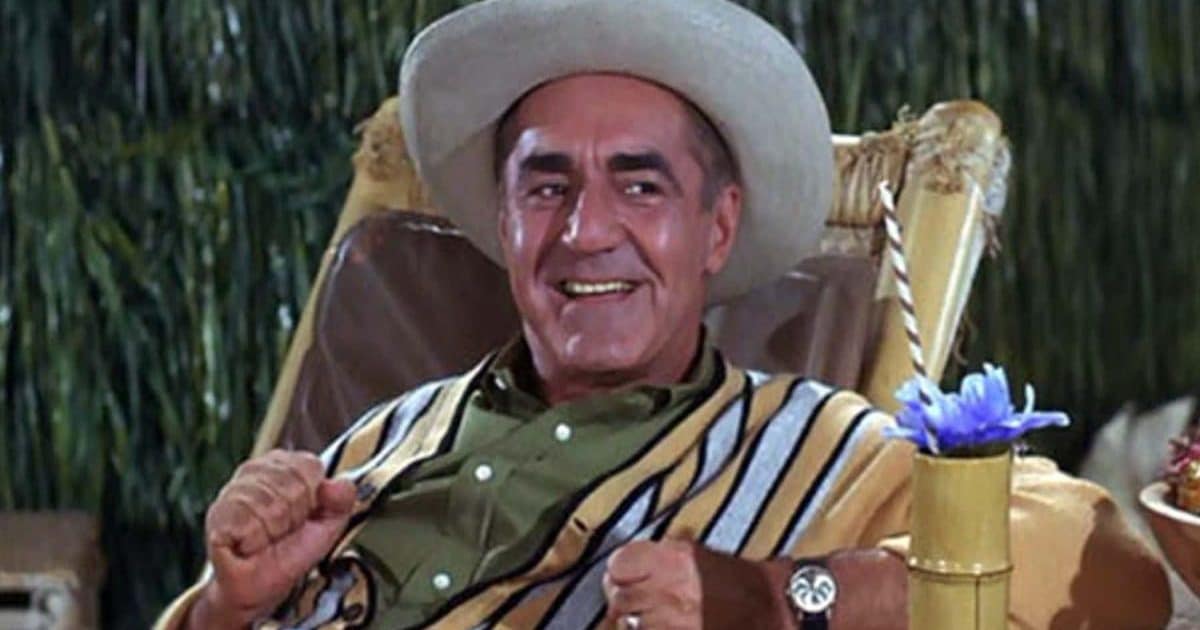 A character from the 1960s sitcom Gilligan’s Island, Thurston Howell III is described in the show’s opening credits as simply The Millionaire. Thanks to his fortune of $2.1 billion, he resides on a remote island in the Pacific Ocean.

On his island, he forces an inventor to create weird and wonderful inventions for Howell Industries. These items range from bamboo spacecraft and bicycle-powered washing machines to coconut cell phones. 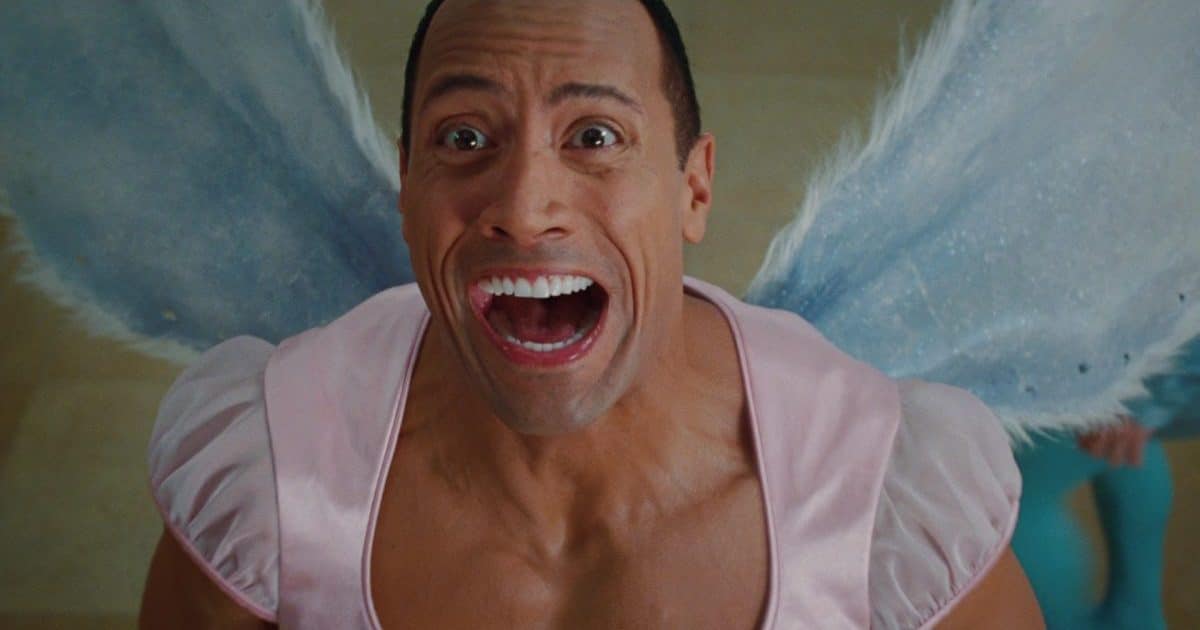 An exception to Forbes’ rule, the Tooth Fairy is a mythical figure who amasses a fortune from her dental disposal business. The fairy dates back to 1200, in a Northern European tradition where children received money for their first lost tooth.

Forbes estimates the Tooth Fairy’s fortune at $3.9 billion. There are few accounts of what the Tooth Fairy looks like – and even whether this entrepreneurial creature is male or female. But in the 2010 blockbuster Tooth Fairy, the hockey player Derek Thompson (played by Dwayne Johnson) steps up to the essential role. Richie Rich first reached comic books in 1953. He is the ‘world’s richest kid’, thanks to his spectacularly wealthy parents and lack of siblings. His middle name is simply a dollar sign. Forbes estimates that Richie is worth $5.8 billion.

Wealth doesn’t go to Richie’s head, as he shows great generosity and kindness around his hometown of Harveyville. In the 1994 live-action film starring Macaulay Culkin, Richie Rich struggles to relate to other children but finds his forte in defending the family fortune from the thieving CFO of Rich Industries. 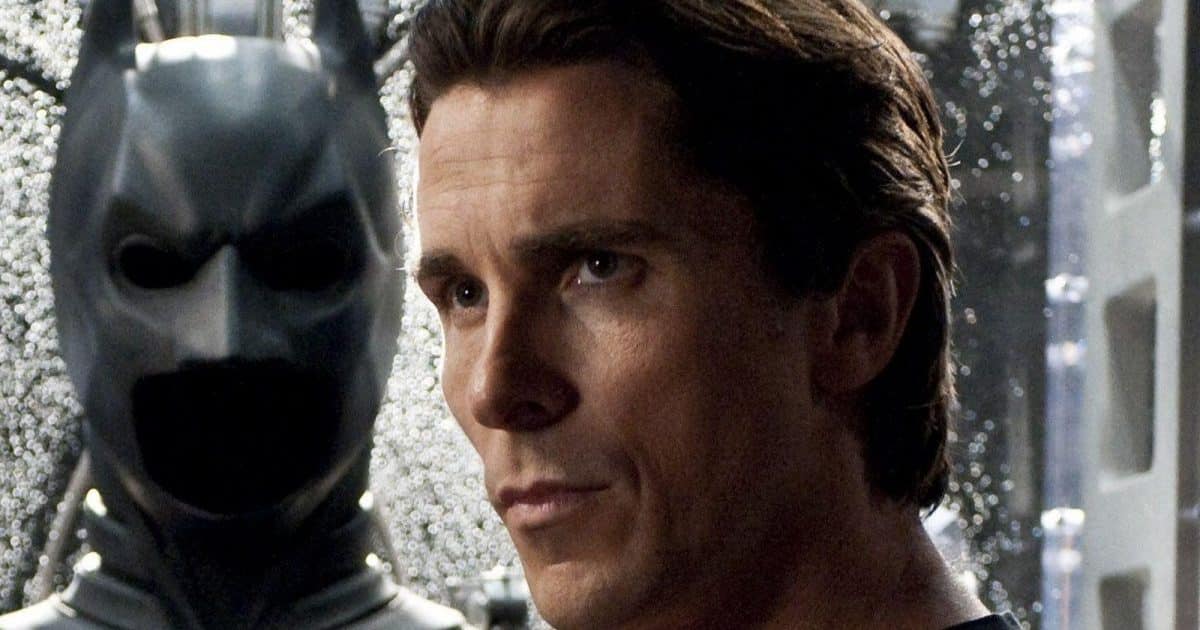 Bruce Wayne is another example of a billionaire whose fortune brings him no solace. As a child, Wayne witnesses the murder of his parents in a random robbery, and he swears to take revenge against Gotham’s criminals via vigilante justice.

Forbes claims Bruce Wayne is worth $9.2 billion thanks to his inherited wealth plus his technology empire, Wayne Enterprises. But this is trivial compared to the actual value of the Batman franchise, estimated at $29.9 billion. 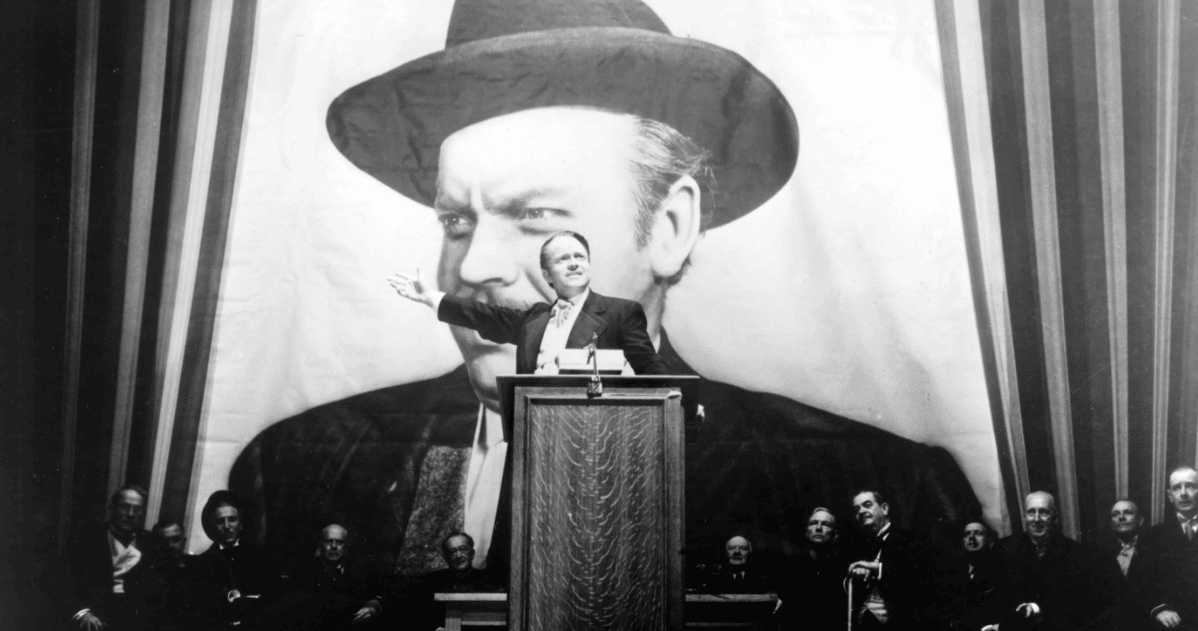 The newspaper owner Charles Foster Kane is the titular character from the 1941 film Citizen Kane. His wealth leads him down some peculiar paths: for instance, when his wife dreams of becoming a singer, he builds an opera house just for her. Forbes prices his empire at $11.2 billion.

Like Mr Monopoly, Charles Foster Kane is based on a real-life billionaire: William Randolph Hearst, the Californian businessman and heir who invested his fortune in a newspaper and magazine company. A playboy billionaire and philanthropist, Anthony Edward ‘Tony’ Stark is the secret identity of Iron Man. He was a child genius who built motorbikes and hacked into the pentagon in his spare time. He earned two Masters degrees by the age of 19.

But when Stark was 21, his parents were assassinated and he inherited his father’s technology company. He uses this resource to create the famous Iron Man suit, as well as battling a terrorist known as the Mandarin. Iron Man’s net worth is  $12.4 billion, Forbes states. 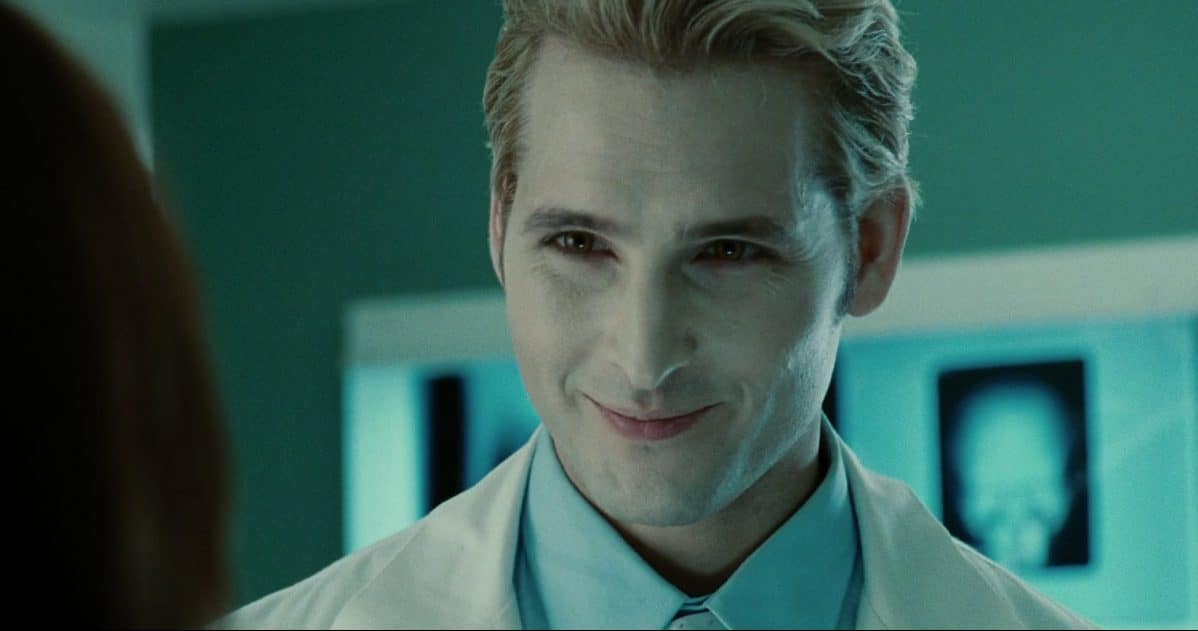 You may be surprised to see a Twilight character on this list. Born in London, England, in 1640, amid widespread panic about werewolves and vampires, Edward Cullen was the son of an Anglican pastor. At the age of 23, Cullen himself is transformed into a vampire, and is horrified at his newfound bloodlust. He finds that animal blood is a perfectly good substitute for human blood, and so he creates the first human-friendly vampire coven.

Cullen becomes a very successful doctor, practising for over two centuries. Forbes has calculated that, thanks to ‘compound interest and investments’, Cullen has amassed a fortune of $46 billion. He cares for his coven with this cash, but also drives a black Mercedes S55 AMG. The last great dragon of Middle-earth, Smaug is the main antagonist in J R R Tolkein’s novel The Hobbit. On the Lonely Mountain, he hoards Dwarf treasures from the era of King Thrór and terrorises the local settlement of Lake-town. He’s in possession of the hoard for 171 years before Bilbo and 13 dwarves arrive to challenge him.

His treasures amount to $54.1 billion, according to Forbes. More than a mindless monster, Smaug is cunning and vain. He can addle brains with paranoia, as Tolkien mentions: “Now a nasty suspicion began to grow in [Bilbo’s] mind… That is the effect that dragon-talk has on the inexperienced.” 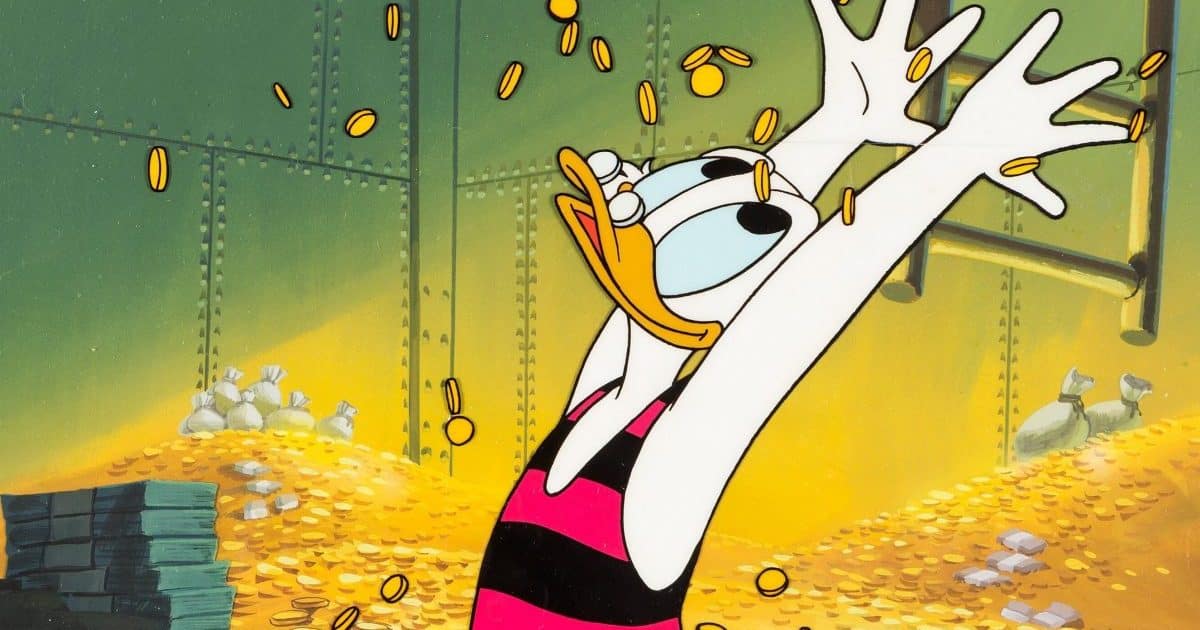 This miserly mallard with a heart of gold is a cartoon character invented in the 1940s. He is the Scottish-American uncle of Donald Duck, and he’s rarely seen without his top hat and pince-nez glasses. A business magnate, he describes himself as an ‘adventure-capitalist’.

His oil companies, mining interests, factories and various businesses all contribute to his ‘money bin’. According to the 1950 story The Pixilated Parrot, Scrooge McDuck hides ‘three cubic acres of money’ in his office. The wealthiest creature on the planet, Scrooge has a fortune of $65.4 billion by Forbes’ reckoning.