Born three years apart, Richard Gere and Sylvester Stallone both became major Hollywood stars in the 70s and 80s. Philadelphia-born Gere bagged his first major role in a West End production of Grease, while New Yorker Stallone found his earliest work in ‘softcore’ cinema and struggled with unemployment and homelessness.

Despite their contrasting origins, Gere and Stallone’s paths led them both to one movie, the 1974 drama The Lords of Flatbush. But rather than bonding the pair over their shared good fortune, the film began a decades-long feud.

The Lords of Flatbush 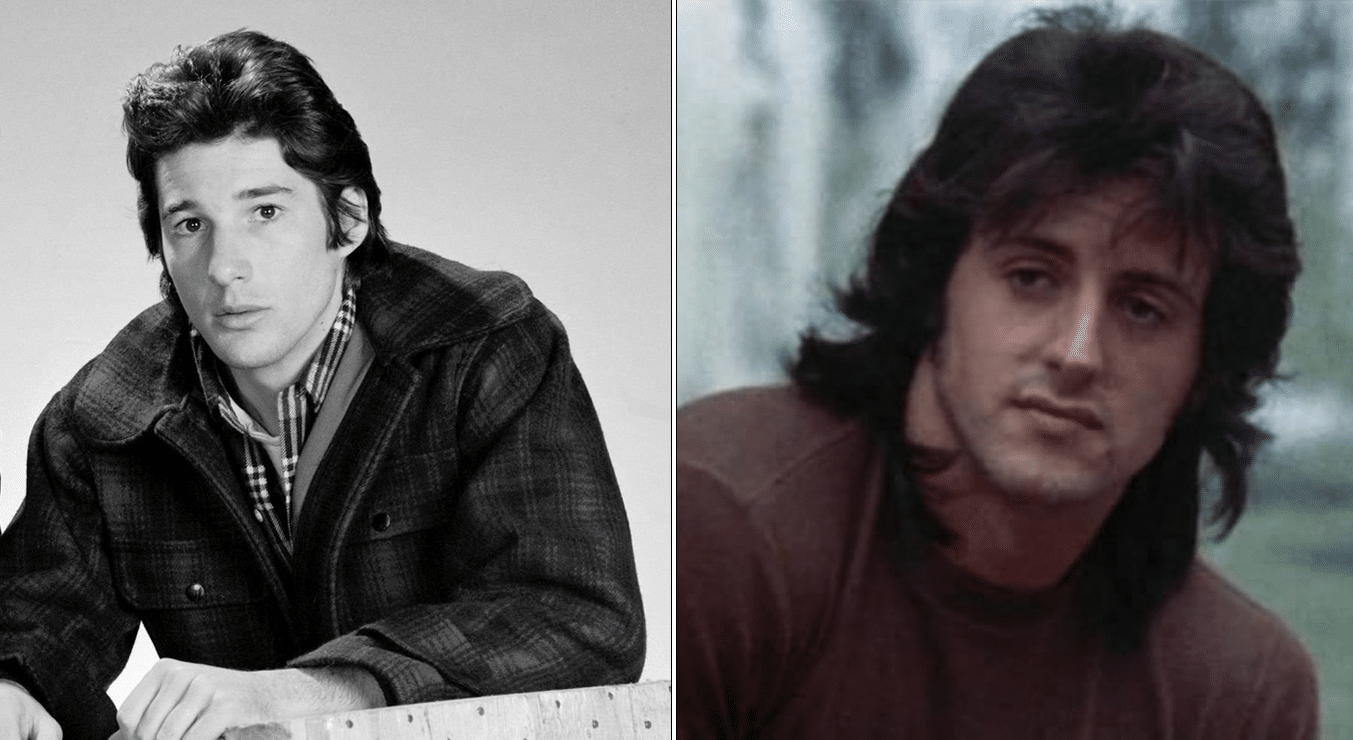 Written and directed by Stephen Verona, who based the film on his own teenage years in a 1950s motorcycle gang, The Lords of Flatbush would be a relatively low-budget production featuring a group of young and ambitious actors. Alongside future Happy Days star Henry Winkler, Verona cast Stallone and Gere.

Stallone, in addition to offering a script punch-up, would play Stanley Rosiello, while Gere was cast as Chico Tyrell. But cracks in the cast began to appear early, with Stallone and Gere clashing during rehearsals. “He would strut around in his oversized motorcycle jacket like he was the baddest knight at the round table,” Stallone recalled in a 2006 interview with Ain’t It Cool.

“One day, during an improv, he grabbed me (we were simulating a fight scene) and got a little carried away. I told him in a gentle fashion to lighten up, but he was completely in character and impossible to deal with. 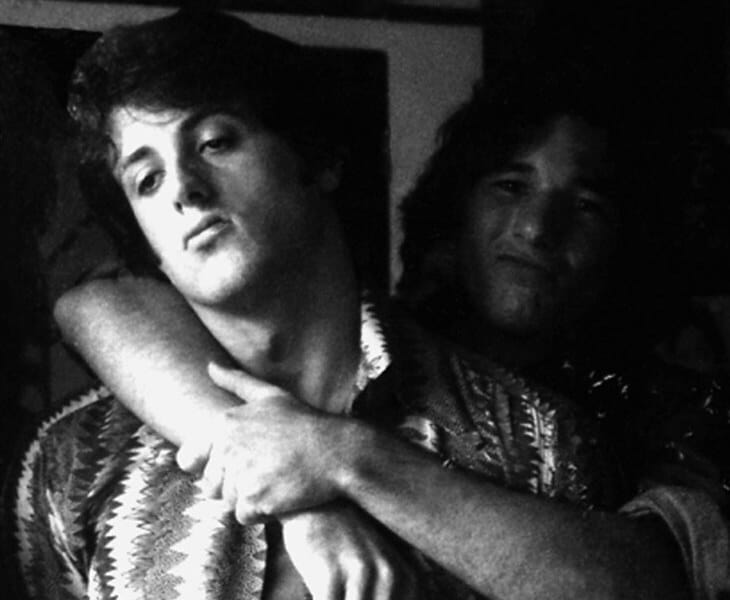 “Then we were rehearsing at Coney Island and it was lunchtime, so we decided to take a break, and the only place that was warm was in the backseat of a Toyota. I was eating a hotdog and he climbs in with a half a chicken covered in mustard with grease nearly dripping out of the aluminum wrapper. I said, ‘That thing is going to drip all over the place.’ He said, ‘Don’t worry about it.’ I said, ‘If it gets on my pants you’re gonna know about it.’

“He proceeds to bite into the chicken and a small, greasy river of mustard lands on my thigh. I elbowed him in the side of the head and basically pushed him out of the car. The director had to make a choice: one of us had to go, one of us had to stay. Richard was given his walking papers and to this day seriously dislikes me.”

With Gere being fired (or choosing to walk – reports vary), the young Perry King was cast in the role of Chico. The Lords of Flatbush received mixed reviews, but it was a hit with 70s cinema-goers (Quentin Tarantino, for one, is a fan). The film launched Stallone’s career, while Henry Winkler would develop his most famous character, Happy Days’ The Fonz, on the set, inspired by Stallone’s performance.

Gere, who has never publicly spoken of his experiences on the set of Flatbush, would have to wait a little longer to break Hollywood. In 1980, Gere achieved mainstream success with his lead role in American Gigolo, and he would cement his stardom with roles in films including The Cotton Club and Pretty Woman – roles reportedly originally earmarked for Stallone. 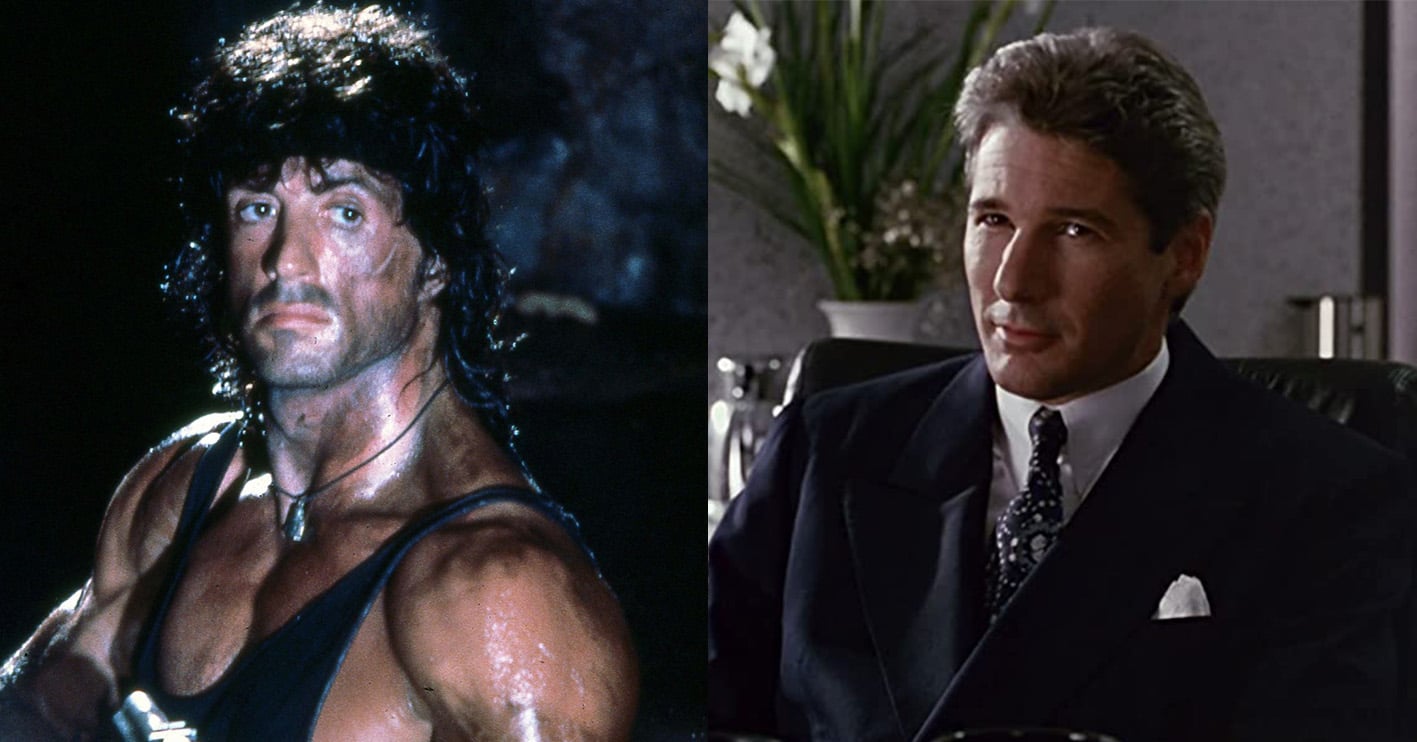 By the early 90s, Stallone was the globally recognised action star of the Rocky and Rambo franchises, while Gere was an established heartthrob known for romantic movies like An Officer and a Gentleman and Pretty Woman. Behind the scenes, however, both men had developed reputations for difficult behaviour.

Gere feuded with Debra Winger during the filming of An Officer and a Gentleman, while Stallone held a simmering resentment for Arnold Schwarzenegger ever since the Terminator star reportedly mocked Stallone at the 1977 Golden Globes. And Arnie seemingly wasn’t the only one with a dislike for Sly.

Gere reportedly won the lead role of Pretty Woman’s Edward Lewis after Stallone turned it down. In the film, director Garry Marshall notably cameos as a homeless man who, when Edward asks him for directions to Beverly Hills, points at a building in a run-down neighbourhood and says “That’s Sylvester Stallone’s house right there!” 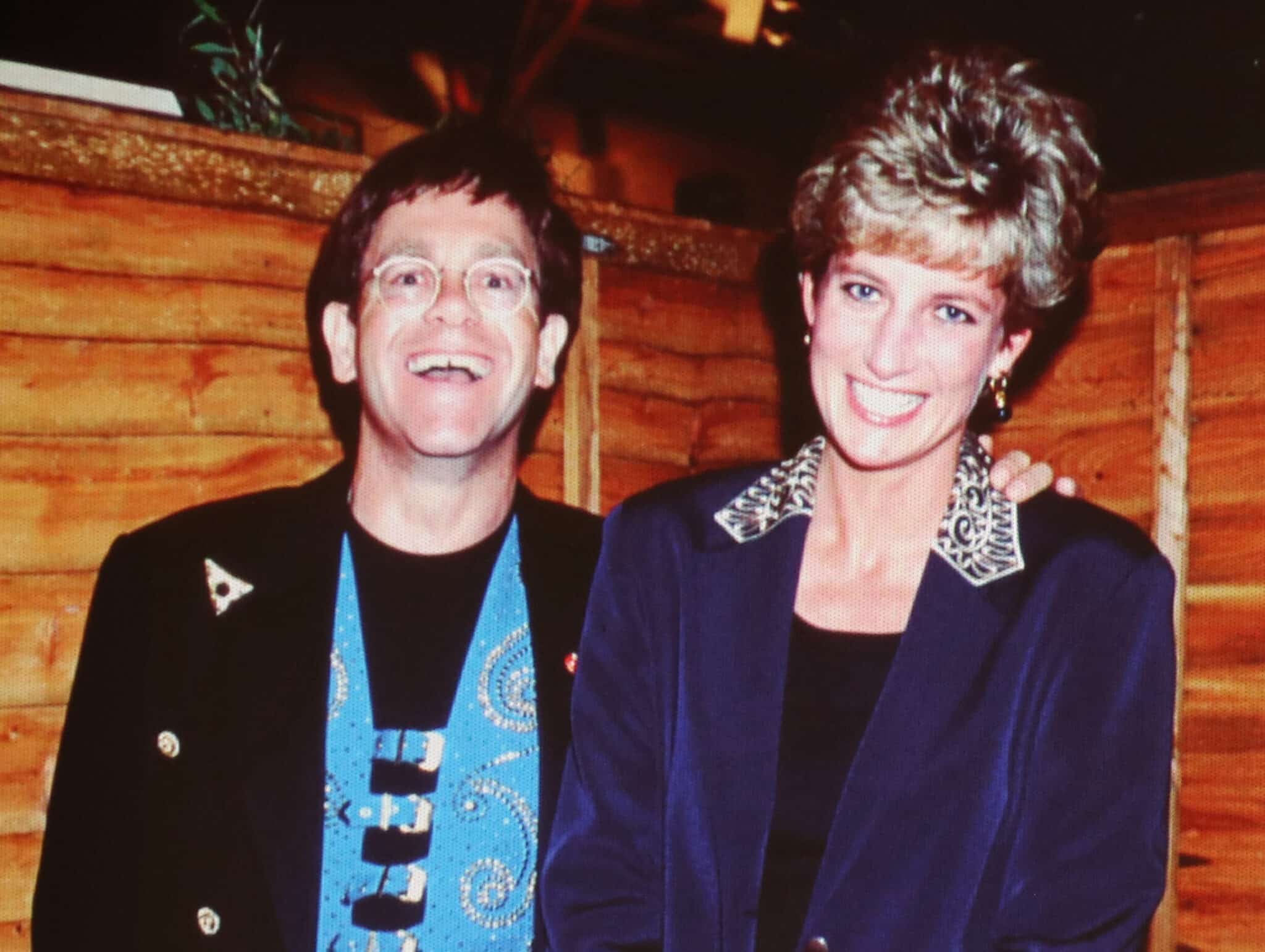 By 1992, Gere’s marriage to supermodel Cindy Crawford was already collapsing, just a year after the two had wed. It was in this tumultuous state that Gere met Stallone again, at a party hosted by Elton John.

The party in question was star-packed. In her autobiography Bonkers: My Life in Laughs, Jennifer Saunders wrote that her best friend and comedy partner Dawn French was in attendance, as well as Tim Rice, Jeffrey Katzenberg and Princess Diana. French, who described Gere as “very good looking but sincerely dull”, also witnessed Stallone “attach himself to Princess Diana – velcroed himself to her side.”

French stated that Princess Diana was irritated by Stallone’s attention and asked for her help. According to Elton John himself, Diana only had eyes for the handsome Gere: “As the rest of us chatted, I couldn’t help notice a strange atmosphere in the room… Judging by the kind of looks he kept shooting them, Diana and Richard Gere’s newly blossoming friendship was not going down well with Sylvester Stallone at all.”

After dinner, Stallone and Gere vanished and were later found “squaring up” in the corridor, on the verge of a “fist-fight”. Reportedly, Stallone later complained to John: “I never would have come, if I’d known Prince f***in’ Charming was gonna be here.” Of Princess Di, Stallone allegedly said: “If I’d wanted her, I would’ve taken her!” John said this interaction left him in hysterics. 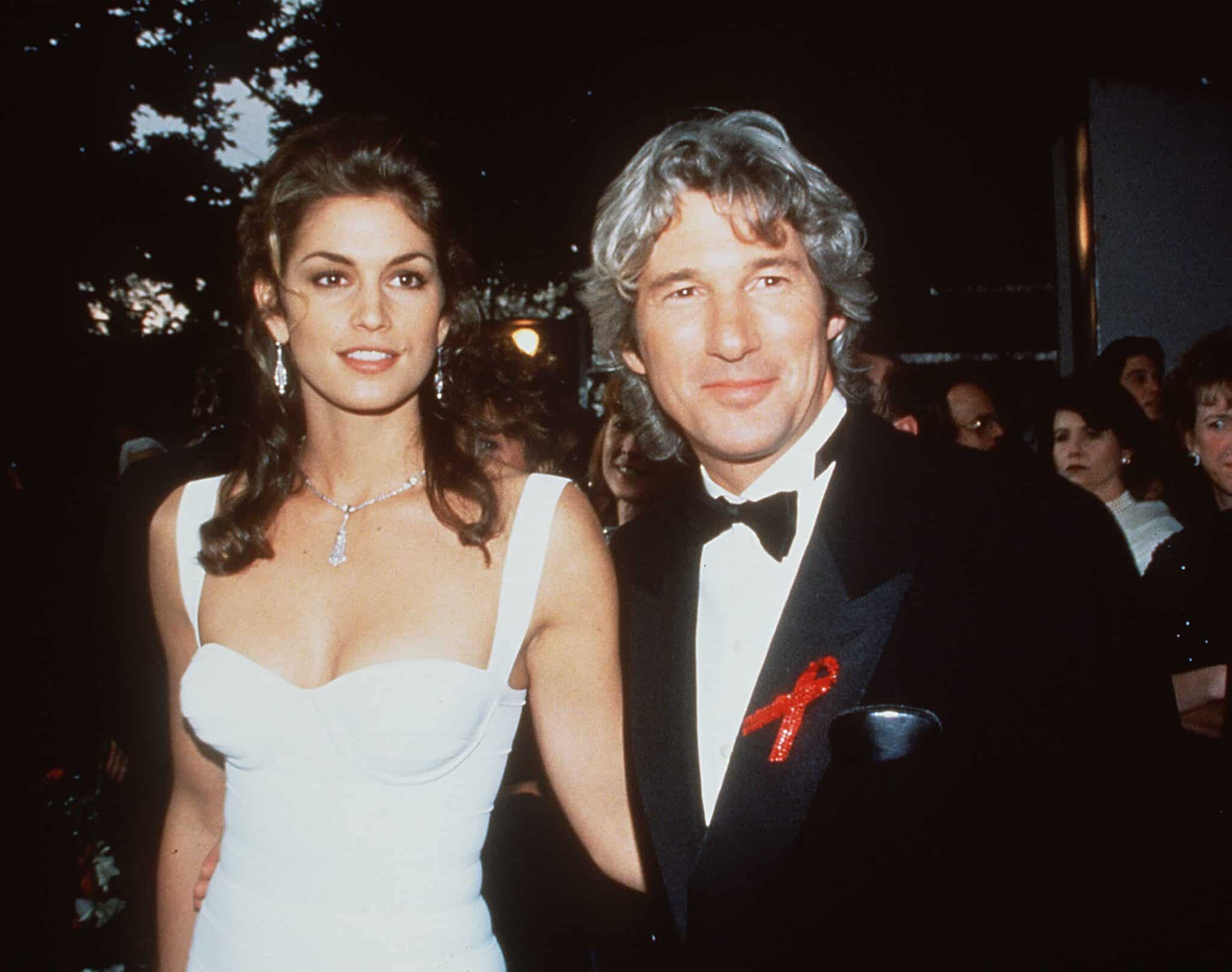 According to Esquire, there was more to Gere and Stallone’s 1992 confrontation than their mutual interest in Diana. In 1995, the magazine reported: “Depending on which account you heard, the evening either ended with Sly and Gere giving Diana ‘fits of giggles’ or with two macho model hounds snarling over Cindy C.”

Referring to Crawford, Gere allegedly said “I hear you’re sleeping with my wife” to Stallone, before calling the Rocky actor a “lowlife” and making fun of his accent.

While Stallone reportedly called Gere’s accusation “bizarre” and “totally untrue”, and Gere himself a “confused man who was having delusions”, Crawford herself later speculated that “Stallone may have said something to provoke Richard.” 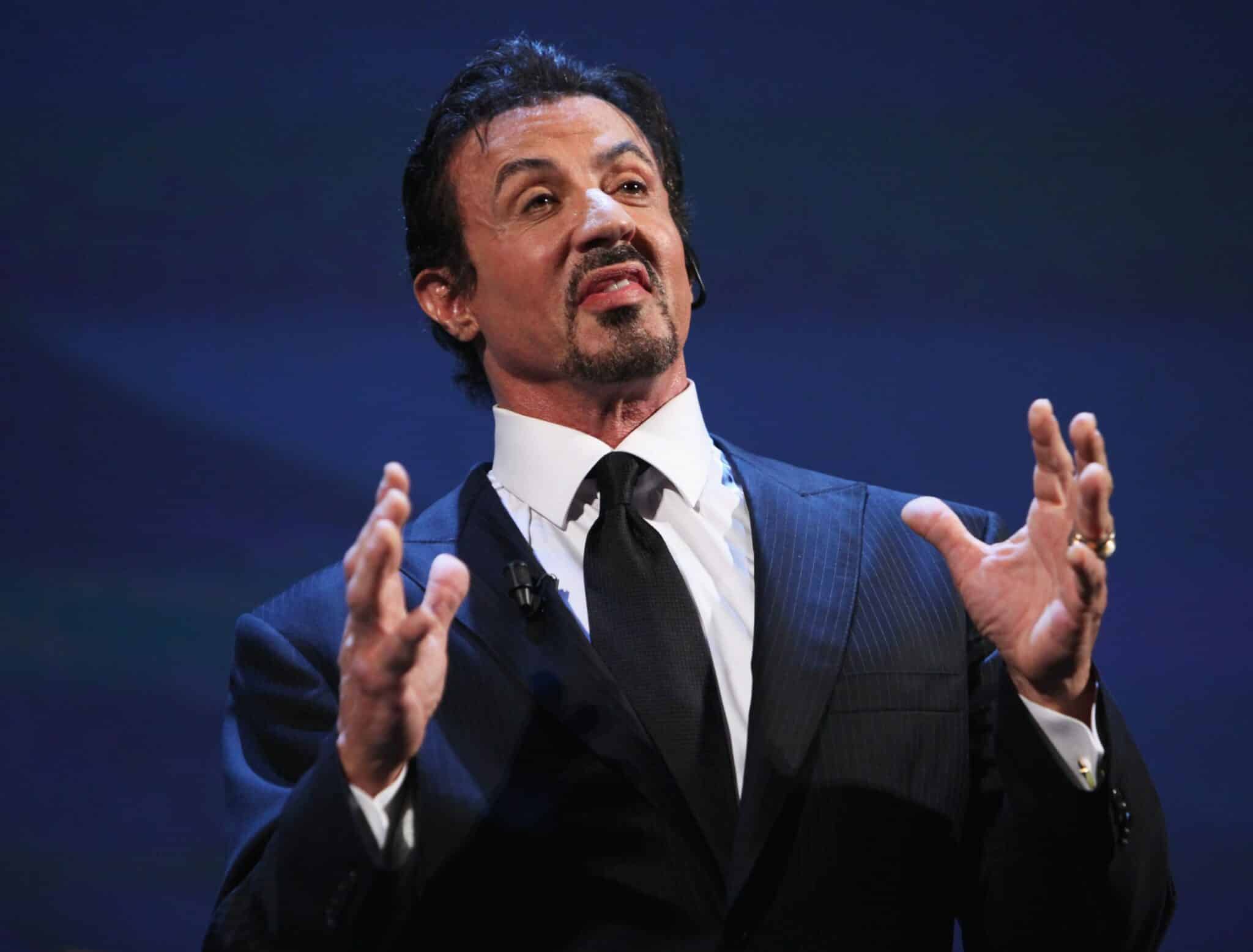 In the same Ain’t It Cool interview in which Stallone described Gere’s backstage shenanigans in The Lords of Flatbush, the Rocky star also dropped a bombshell: “He even thinks I’m the individual responsible for the gerbil rumor. Not true… but that’s the rumor.”

This ‘gerbil rumor’, which first circulated in the early 80s, was that Gere once placed a live gerbil in his rectum, and was rushed to hospital when he couldn’t remove it himself. (A team of doctors supposedly worked tirelessly to free the creature.) This tale sparked many pop culture references and parodies, including an In Living Color skit from 1992 and a namecheck in 1996 horror movie Scream.

This bizarre story is in fact an urban legend which has been attributed to numerous celebrities over the years, typically attributed to famous figures who are also rumoured to be secretly gay. (Whispers about Gere’s sexuality have also surrounded the actor since his early career.) Others linked to the gerbil story include Philadelphia TV newscaster Jerry Penacoli, as well as weatherman Rick Segel and an unnamed linebacker for the Cleveland Browns.

Of course, there is zero evidence that any of these men, Gere included, ever got intimate with a gerbil. Moreover, there is no evidence that the alleged sexual practice of ‘gerbilling’ even exists, with researchers failing to find any record of anyone ever having had a rodent removed from their rectum. 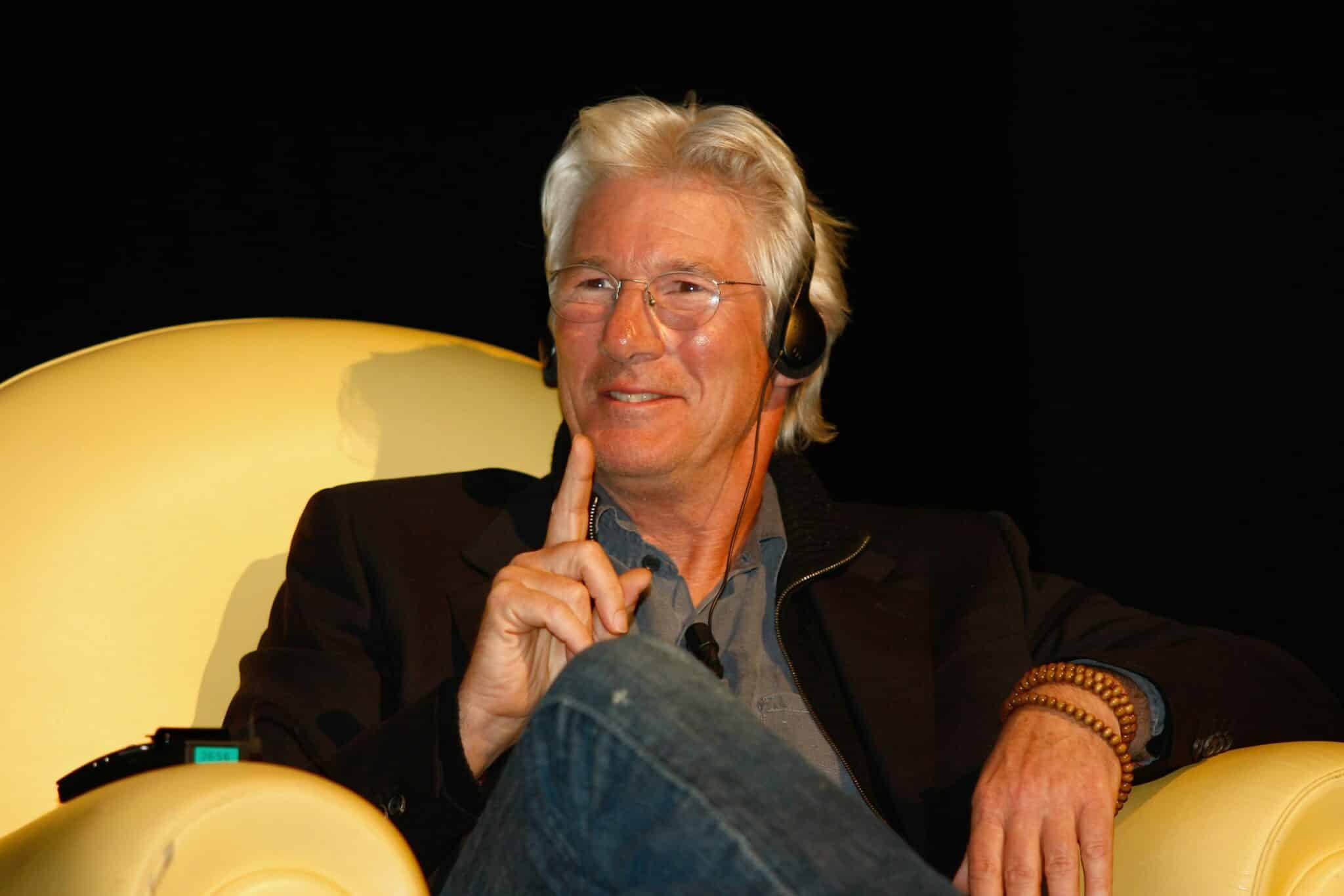 National Enquirer journalist Mike Walker has stated on his investigation into Richard Gere and so-called ‘gerbilling’: “I’ve never worked harder on a story in my life… I’m convinced that [the practice of ‘gerbilling’] is nothing more than an urban legend.”

As with the tales of the Princess Diana drama and Flatbush food fights, Gere declined to address the gerbil rumour for decades. However, the star did eventually make a passing comment about the rumour – blaming the tabloid press, rather than Stallone, for its popular endurance.

“I stopped reading the press a long time ago,” Gere responded. “Lots of crazy things came up about me at first, especially from the tabloids. There is an infamous ‘Gere stuck a hamster up his bum’ urban myth.”

Today, Gere’s Hollywood career is all but over, with the actor attributing his lack of work in his 70s to his outspoken criticism of China over the occupation of Tibet. Stallone, meanwhile, despite being in his eighth decade, continues to play the tough guy to great success. As for that 50-year-old Stallone-Gere conflict? It would seem it’s yet to be resolved.