Any film featuring Nightmare on Elm Street’s Freddy Krueger, the DeLorean from Back to the Future and Chucky from Child’s Play was always going to grab our attention, but that barely scratches the surface of the nostalgia-fest that is Steven Spielberg’s 2018 film Ready Player One.

Based on the 2011 novel of the same name by the American author Ernest Cline, Ready Player One is a futuristic slice of science fiction silliness about the attempts of a young man called Wade Watts to find a half a trillion dollar prize in a virtual reality world.

Below are 10 retrotastic facts about this partly live action, partly CGI roller-coaster ride of a film that will have you wishing you could strap on a VR headset and transport yourself back to your glorious childhood. 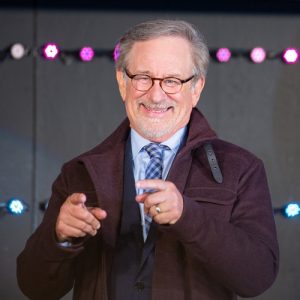 A number of different directors were considered before Steven Spielberg signed on the dotted line, including Christopher Nolan, Peter Jackson, Matthew Vaughn and Robert Zemeckis.

Zemeckis was at one time considered to be Warner Bros. first choice to direct, which makes sense when you consider how often Back to the Future is referenced in Ernest Cline’s source novel.

9. Jack Nicholson turned down the opportunity to revisit one of his greatest roles 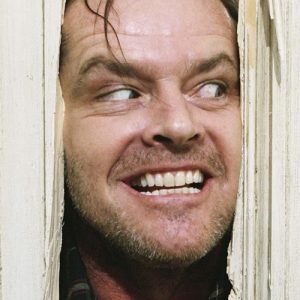 It has been revealed that Jack Nicholson was approached about the possibility of revisiting one of his most iconic roles in the film’s homage to The Shining, but any hopes of seeing the Academy Award winning actor play Jack Torrance once again were quashed when Nicholson reminded producers that he had long since retired from acting.

8. The film-within-a-film was originally going to be Blade Runner rather than The Shining 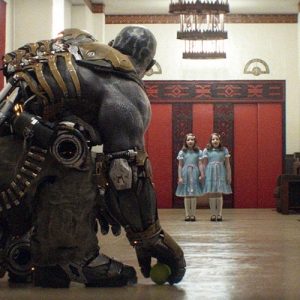 It was originally planned that Ready Player One’s characters would visit the world of Blade Runner rather than The Shining.

However, movie studio Warner Bros. feared this would lessen interest in their upcoming sequel Blade Runner 2049, so Steven Spielberg was persuaded to revisit Stanley Kubrick’s 1980 horror masterpiece instead.

7. It features well over one hundred references to popular culture 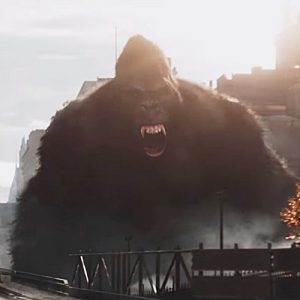 Ready Player One features an impressively large number of pop culture references from the 1970s all the way through to the 2010s, including King Kong, The Iron Giant, the T-Rex from Jurassic Park and Jason Voorhees.

Steven Spielberg’s reputation in Hollywood meant that producers were able to acquire approximately 80 percent of the copyrighted properties they sought, but despite their best efforts, they failed to get permission to reference films like Close Encounters of the Third Kind and the aforementioned Blade Runner.

6. Steven Spielberg initially refused to reference any of his own films 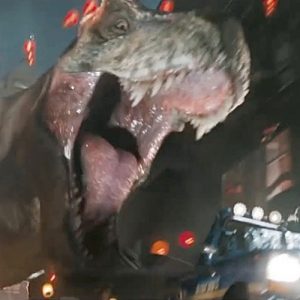 Remembering the critical mauling he received for making fun of his own work in his box office failure 1941, Steven Spielberg initially refused to make any references to his own back catalogue in Ready Player One.

The legendary director did eventually allow the DeLorean time machine to feature, seeing as Back to the Future was a film that he produced rather than directed, and he also gave permission for Jurassic Park’s famous T-Rex to make an appearance during the film’s impressive race sequence.

5. The cast performed their motion capture sequences in virtual reality 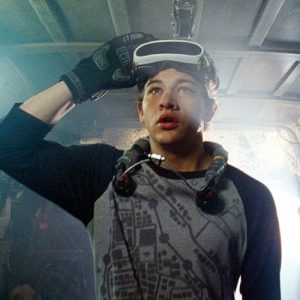 Whilst performing the motion capture sequences that would be used for their characters’ digital counterparts, the film’s cast wore real life virtual reality headsets.

Their Google Oculus headsets enabled the cast to see the sets that their characters would be surrounded by in the completed film. 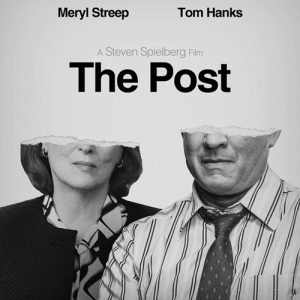 He could have twiddled his thumbs whilst visual effects company Industrial Light & Magic completed Ready Player One’s one and a half thousand digital shots, but Steven Spielberg instead decided to shoot an entire film.

The Academy Award nominated The Post starred Tom Hanks and Meryl Streep, and told the story of The Washington Post’s attempts to publish a set of classified documents that lifted the lid on the United States’ involvement in the Vietnam War. 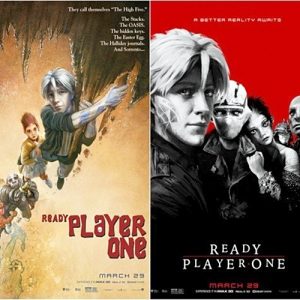 In the run up to the film’s release in March 2018, a massive advertising campaign gave a number of classic film posters a Ready Player One twist.

Twelve impressive looking posters were created to promote the film, paying homage to the likes of The Lost Boys, Beetlejuice, Labyrinth, The Breakfast Club, Risky Business, Rambo and Blade Runner.

2. A sequel is currently in the early stages of development 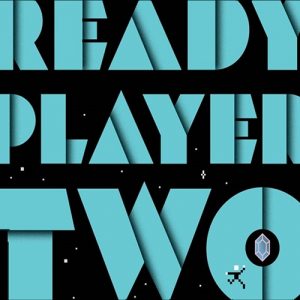 In December 2020, Ready Player One author Earnest Cline shared that a sequel was in the early stages of development, but he also revealed that Steven Spielberg may not have any involvement in the project.

Many of the first film’s cast are already contracted to appear in a sequel, which will likely be based on Cline’s 2020 follow up novel Ready Player Two.

1. Steven Spielberg described it as the third hardest film of his career 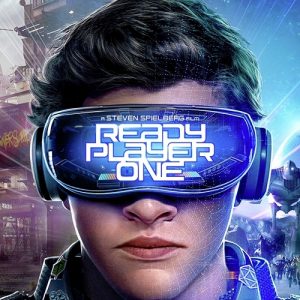 Speaking about the possibility of a sequel, Cline was quoted as saying “I don’t know if Steven would want to dive back in, because he would know what he is getting into. He has said it’s the third hardest film he’s made, out of dozens and dozens of movies.”

“He said Jaws will always be the worst,” Cline continued. “Saving Private Ryan was just brutal because he was recreating D-Day…With [Ready Player One] it was like making two different movies at once. Making a completely CGI movie…and then making this movie in the real world, and having them be parallel and cut back and forth.”