8 Retro Restaurants We Absolutely Loved Eating In As Kids

It seems to us that the youth of today are eating out more than ever before, whereas a trip to a restaurant was a rare and exciting thing when we were growing up during the 1980s. Many of our favourite eating establishments are sadly no longer with us, but we still have the happy memories to hold onto, and we’ve used these wonderful recollections to compile a list of eight of our absolute favourites.

From defunct pizzerias to roadside eateries that offered lollipops for dessert, below are eight retro restaurants that we absolutely loved eating in as kids. 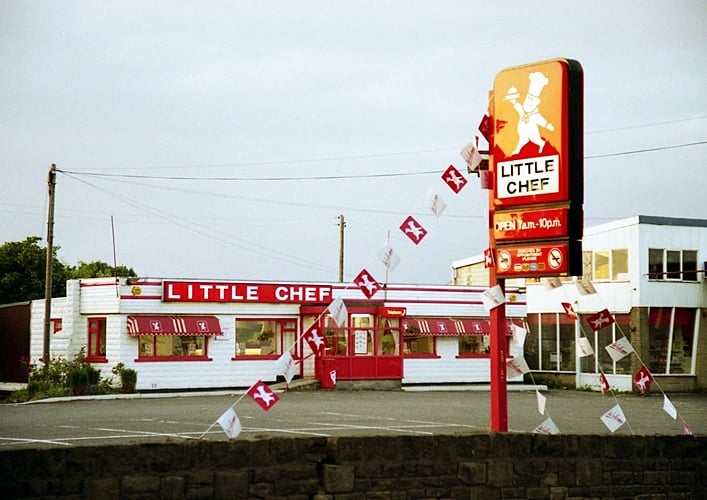 Founded all the way back in 1958 by the English entrepreneur Sam Alper, who took inspiration from traditional American diners, Little Chef proved to be an incredibly popular motorway and A road port of call for thousands upon thousands of British travellers.

Little Chef’s peak was during the late 1990s when it owned over four hundred restaurants, but the company eventually disappeared completely in the years that followed, entering administration in 2007. 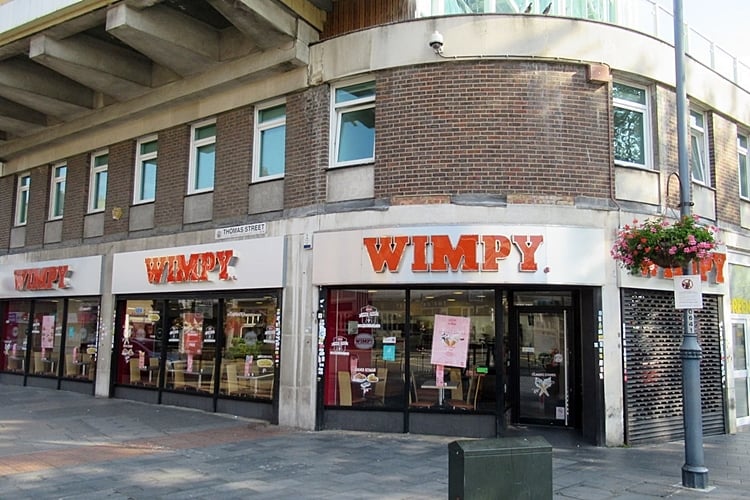 Wimpy started out in the United States during the 1930s, but it didn’t hit the big time until it branched out into other countries in the decades that followed.

Unlike many of the restaurants on this list, Wimpy is still trading, but a peak of one and a half thousand outlets in the late 1970s has shrunk to approximately 400 in South Africa and only 70 in the United Kingdom. 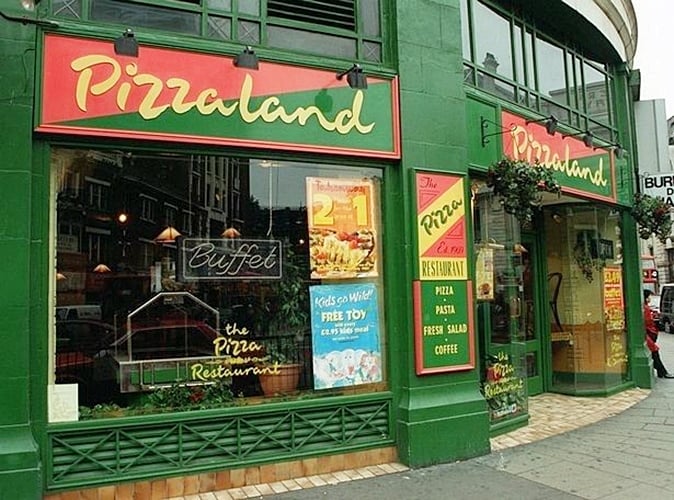 They once challenged Pizza Hut in the battle to become the biggest pizza eatery in the United Kingdom, but Pizzaland lost out during the 1980s when management errors led to branches being opened in locations that were too small to support them.

You may remember Pizzaland’s ‘pizza for a penny’ scheme, which let customers buy a pizza for just 1p alongside a regular, full-priced purchase. 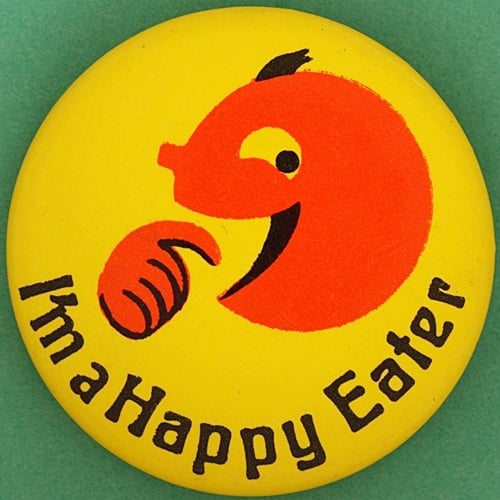 A popular chain with a memorable, Pac-Man-like face on the signage, Happy Eater was created as a direct competitor to the aforementioned Little Chef, which back in 1973 was the only chain of national roadside restaurants.

We can recall absolutely nothing about the food offered at a Happy Eater, but we do remember the small, circular, red lollies that the friendly staff would hand out to children as they left the restaurant. 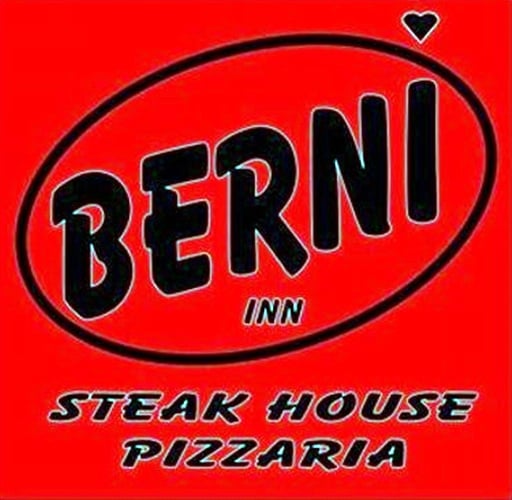 They may have been based on traditional US steakhouses, but Berni Inn restaurants were created by Italian-born British brothers Frank and Aldo Berni.

During the company’s early 1970s peak, there were 147 Berni Inn restaurants and hotels, making it the largest food chain outside the United States. In 1995 the chain was sold to Whitbread, who converted all of their existing outlets into Beefeater restaurants. 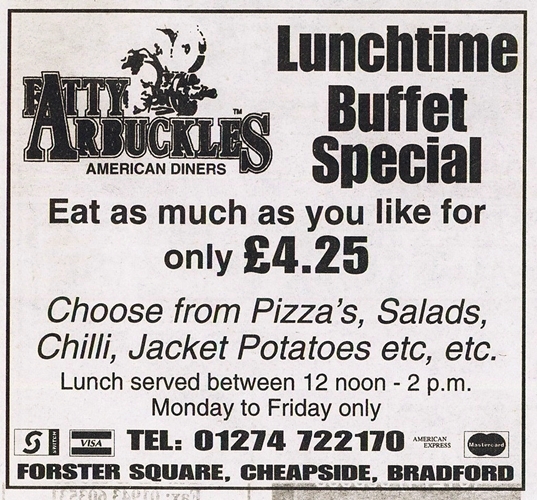 Fatty Arbuckle’s was a chain of English restaurants that were based on classic US diners and named after the American silent movie actor and director Roscoe ‘Fatty’ Arbuckle.

We remember the portion size in a Fatty Arbuckle’s restaurant being rather generous, but despite later re-branding themselves as ‘Arbuckle’s’, the company ultimately went out of business in 2006. 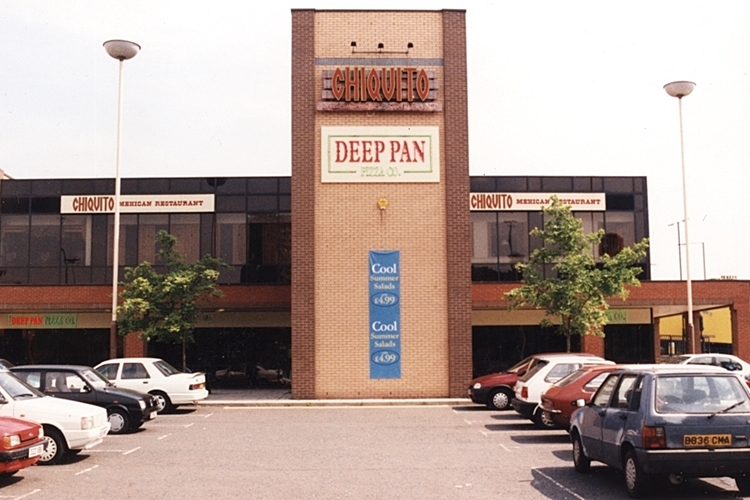 Our favourite type of restaurant is the one that promises you as much food as you like with an ‘all you can eat’ offer, so we were constantly bugging our parents to take us to a Deep Pan Pizza outlet during the 80s and 90s.

There were once 89 Deep Pan Pizza restaurants throughout the UK, but a growing interest in thin rather than thick crust pizzas meant that City Centre Restaurants – which also owns Frankie & Benny’s and Wok Wok – eventually made the decision to phase them out. 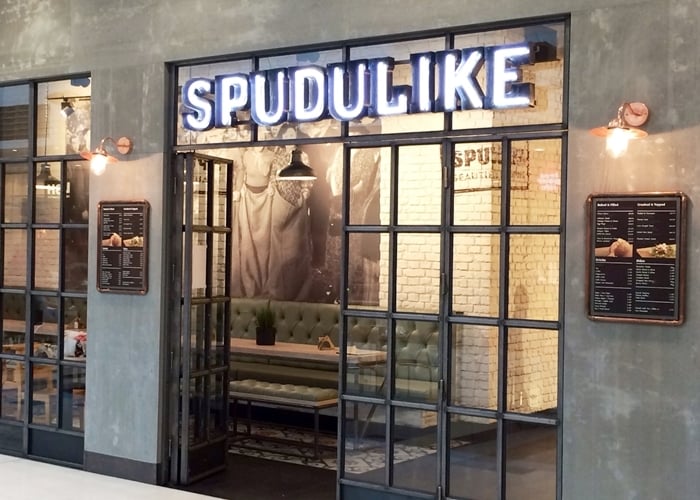 Founded by Kim Culley and Barbara Cain in 1974, Spudulike is still offering baked potatoes with various tasty fillings at a number of locations throughout the UK.

Spudulike actually entered administration in 2019, but the company was quickly purchased by potato firm Albert Bartlett, which hired TV chef James Martin to put together a brand new spud-based menu.