How Rene Russo Went from Actor to Dairy Queen: “I Literally Crashed”

Rene Russo became one of Hollywood’s most prominent leading ladies in the 1990s; yet aside from her role in the Marvel Cinematic Universe, in recent years we haven’t seen her as much as we used to. This may in part be due to the long-standing problem that Hollywood tends to give actresses less work as they get older – yet Russo is one actress for whom maturity never seemed too much of an obstacle, with her never even having set foot in front of a movie camera until she was 33 years old.

The reality about her comparative absence from screens is that, as Russo has long since admitted, she has never really had any great love for acting. These days, Russo is happier tending her garden and running a dairy business than performing, while it was modelling that first brought her fame in the 70s and 80s.

Born February 17, 1954 in Burbank, California, Rene Marie Russo came from very humble beginnings. Raised by her single mother in a low-income household, she wound up quitting school aged just 14: “High school was not fun. I was not popular, I was a geek. The bullying was distracting.”

Russo has since opened up about having had thoughts of suicide at school, where students gave her the nickname ‘Jolly Green Giant’: “By high school, I was already tall – 5 foot 8 [1.73 m] – and one day I made the mistake of wearing green tights.”

Just out of school, the young Russo got a job “inspecting eyeglasses on an assembly line”, but was soon spotted by talent manager John Crosby.

At 18, Russo signed to Ford Modelling Agency and moved to New York, where she would be in-demand as a model from the mid-70s through to the early 80s, appearing in numerous perfume and clothing ads and posing for multiple Vogue and Cosmopolitan covers.

For most of this time, Russo never had any aspirations of side-stepping into acting, but as she hit her 30s the modelling work started to dry up. After taking acting classes, Russo got her first roles in theatre and short-lived TV series Sable before landing her first movie role in 1989’s Major League.

Things really took off when Russo was cast in Lethal Weapon 3 in the prime role of Lorna Cole, a love interest for Mel Gibson‘s Riggs who also matches him in street-smarts and toughness.

To the surprise of some (including Lethal Weapon 3’s director Richard Donner), Russo’s beauty was also matched by her assertive physical presence. From that point on, she became Hollywood’s go-to actress for playing strong love interests opposite tough leading men. 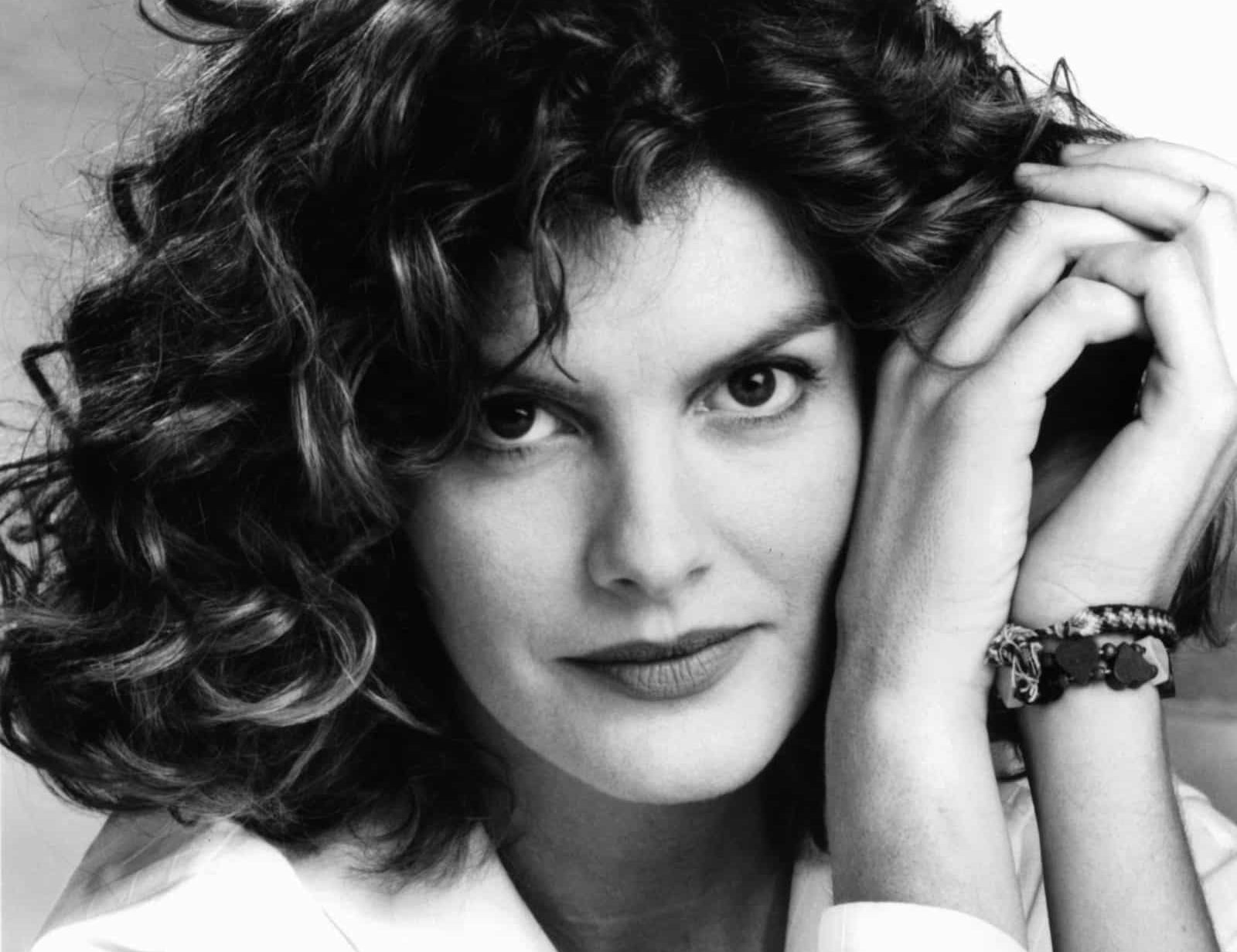 Russo appeared opposite Clint Eastwood in In the Line of Fire, Dustin Hoffman in Outbreak, John Travolta in Get Shorty and Kevin Costner in Tin Cup, as well as reuniting with Mel Gibson in both Ransom and Lethal Weapon 4.

Russo was also poised to appear in Batman Forever when Michael Keaton was still attached to play Batman, though when Keaton walked, the then 40-year-old Russo was deemed too old for his replacement Val Kilmer, and the role was instead given to Nicole Kidman.

Around this time, Russo began to feel ‘pigeon-holed’ in tougher roles, and felt she didn’t get much chance to branch out. She once remarked, “I would have loved to do romantic comedies. That’s what I think I would be best at.”

The 90s ended with another major hit for Russo, when she joined Pierce Brosnan in the high-profile remake of crime thriller The Thomas Crown Affair. The film garnered much attention for the fact that Russo performed her first ever nude scenes, at 44, defying expectations of the age at which women could be considered sex symbols.

However, Russo’s career stalled in the years that followed, and in 2005 she quietly went on hiatus.

This semi-retirement wasn’t entirely down to lack of work. In part, Russo wanted to spend more time with her daughter Rose Gilroy, who has since followed her mother into modelling.

Another issue, which Russo has openly discussed, is that she doesn’t necessarily care all that much about acting, and had grown tired of the “thankless roles” being offered to her: “I don’t ‘love, love’ acting… So I made the decision not to work, and I thought, ‘this is kind of nice’. Let me take five years and do something that I want to do.”

In a 2017 interview, Russo explained where she was between 2005 and her return to acting in 2011’s Thor: “I’d rather be in my garden… I should have been a landscape architect. I want to have no makeup on and wear my hair in a ponytail. What’s exciting to me is closing my eyes and thinking about what native plants I want”.

‘Crash’ and starting a dairy company

More surprisingly, Russo also started a dairy company during her hiatus: “I have 40 cows! It’s right outside of Buffalo [New York] and I have this friend who used to be a farmer…we’ve gotten amazing write-ups as the best yoghurt in the country. It’s called White Cow Dairy.”

On top of this, Russo revealed in a 2014 interview with Queen Latifah that she has bipolar disorder, something she has struggled with her whole life and for which she has taken medication: “I literally crashed, hit a wall and couldn’t get out of bed. I thought it was depression, but if you take antidepressants it speeds you up more. I’m kind of stop and go. I either crash or speed.”

After returning to screens as Frigga in 2011’s Thor (although sadly most of her role was cut from the final film), Russo has since appeared in Thor: The Dark World and Avengers: Endgame, for which a new generation of fans know her as “Thor’s mummy.”

Beyond that, the most prominent roles that Russo has taken in recent years have been in films written and directed by her Oscar nominee husband Dan Gilroy, 2014’s Nightcrawler and 2019’s Velvet Buzzsaw, while her daughter Rose had a hand in Russo taking a role in 2015 Nancy Meyers rom-com The Intern: “My daughter was like…’Mom, you have to come out of retirement. You have to. I want to live in a Nancy Meyers movie.'”

Now aged 68, at the time of writing Russo hasn’t made a movie for almost three years, and there’s little to indicate that will change. Her longtime friend and collaborator Mel Gibson is poised to both appear in and direct the long-delayed Lethal Weapon 5, so it seems likely that Russo would be invited back for that.

Still, Russo has been frank about her indifference to acting these days: “I don’t know if there is another role that I feel excited about doing. I just take it one day at a time. If not, I’ll go milk my cows!”