In 1983, Pope John Paul II Befriended The Man Who Tried To Kill Him

The Polish-born Pope John Paul II travelled more than most in the 20th century. During his 26-year reign as pontiff, the man born Karol Józef Wojtyła covered over a million kilometres and visited 129 countries. He rubbed shoulders with Queen Elizabeth II, becoming the first Pope to ever visit the UK, and had much-publicised meetings with Soviet president Mikhail Gorbachev, Clint Eastwood and the Harlem Globetrotters.

But one particular meeting stands out as John Paul’s most poignant. There were no crowds or fanfares when the Pope reached the doorstep of Rebibbia Prison in Rome on 27 December 1983. He was there to visit the man who had tried to murder him.

“Do you speak Italian?” 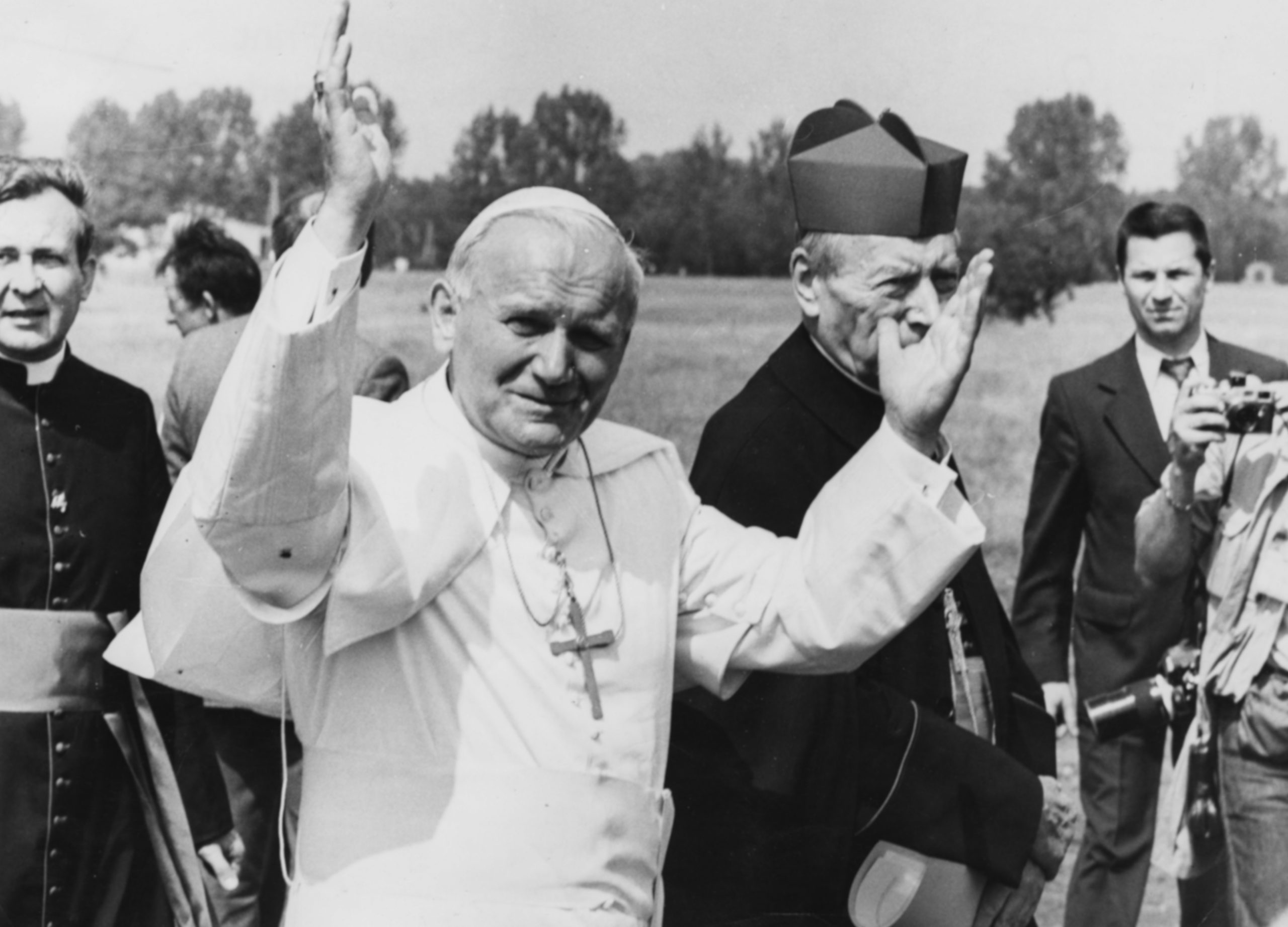 It was the very first prison visit of Pope John Paul II’s reign. Before the end of the day, he would give a sermon in the chapel for 500 prisoners and 200 guards, speaking of the inmates’ rights to dignity and respect.

But first, in the prison’s maximum security wing, the Pope would enter the cell of Mehmet Ali Ağca. John Paul was accompanied by a photographer and cameraman, but much of what transpired in the room was never recorded.

Ağca wore a blue jumper, jeans and sneakers rather than a prison uniform, though his laces were removed. The Pope’s first words to him were, “Do you speak Italian?” – Ağca did. They retired out of earshot to the far corner of the room. The Turkish 25-year-old laughed occasionally as the pair talked, but his face would soon return to a troubled expression. 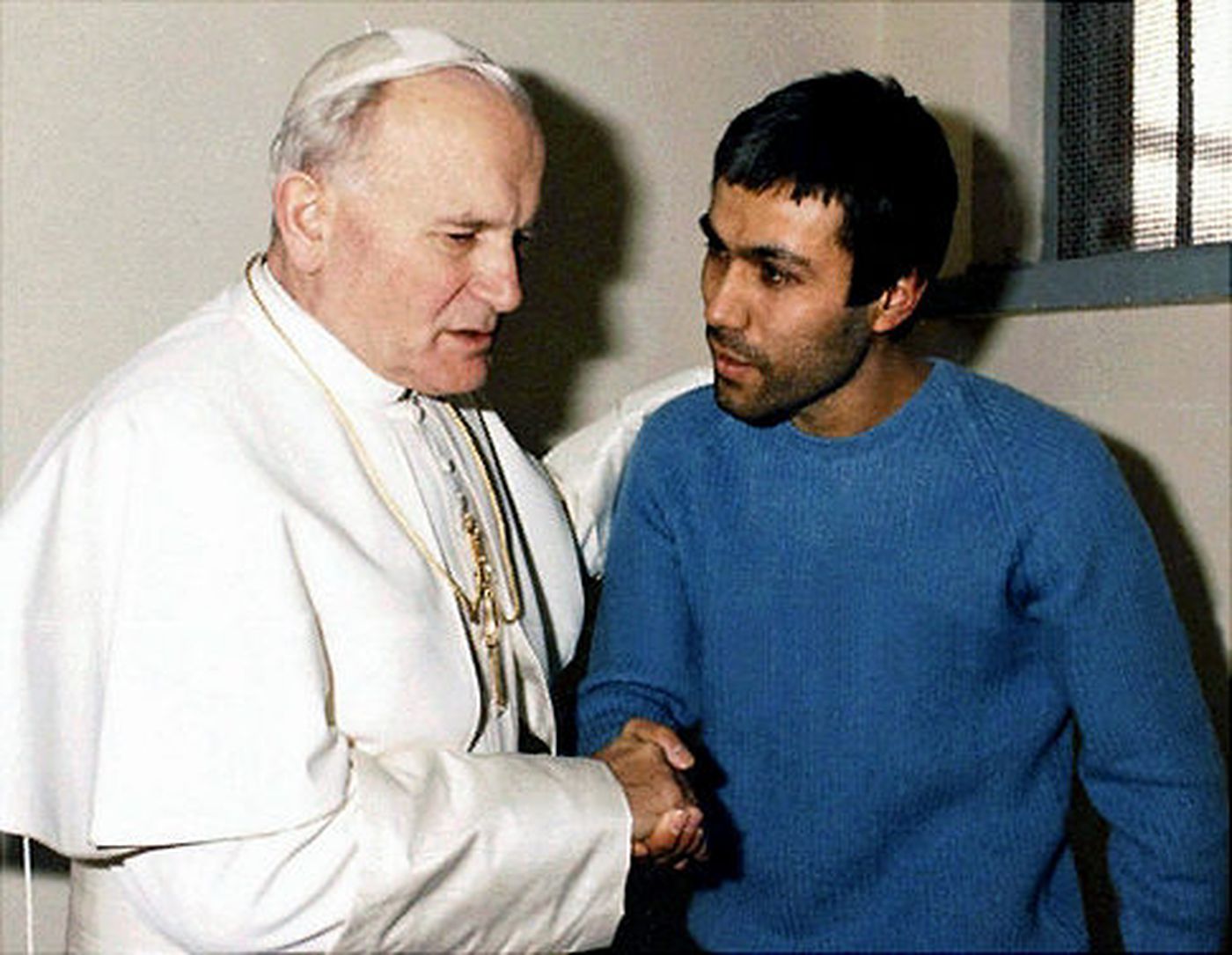 The pair held hands several times in their 20-minute meeting, and towards the end, Ağca bowed his head to kiss the Pope’s ring in a gesture of awe – or remorse. The Pope also had a late Christmas gift for Ağca: a silver and mother-of-pearl rosary in a white box.

After John Paul left, “the camera recorded a sudden look of uncertainty on [Ağca’s] face,” Time magazine would later report. “Perhaps he was thinking about the prospect of spending the rest of his life in jail for attempting to kill a man he did not know, a man who now came to him as a friend.” 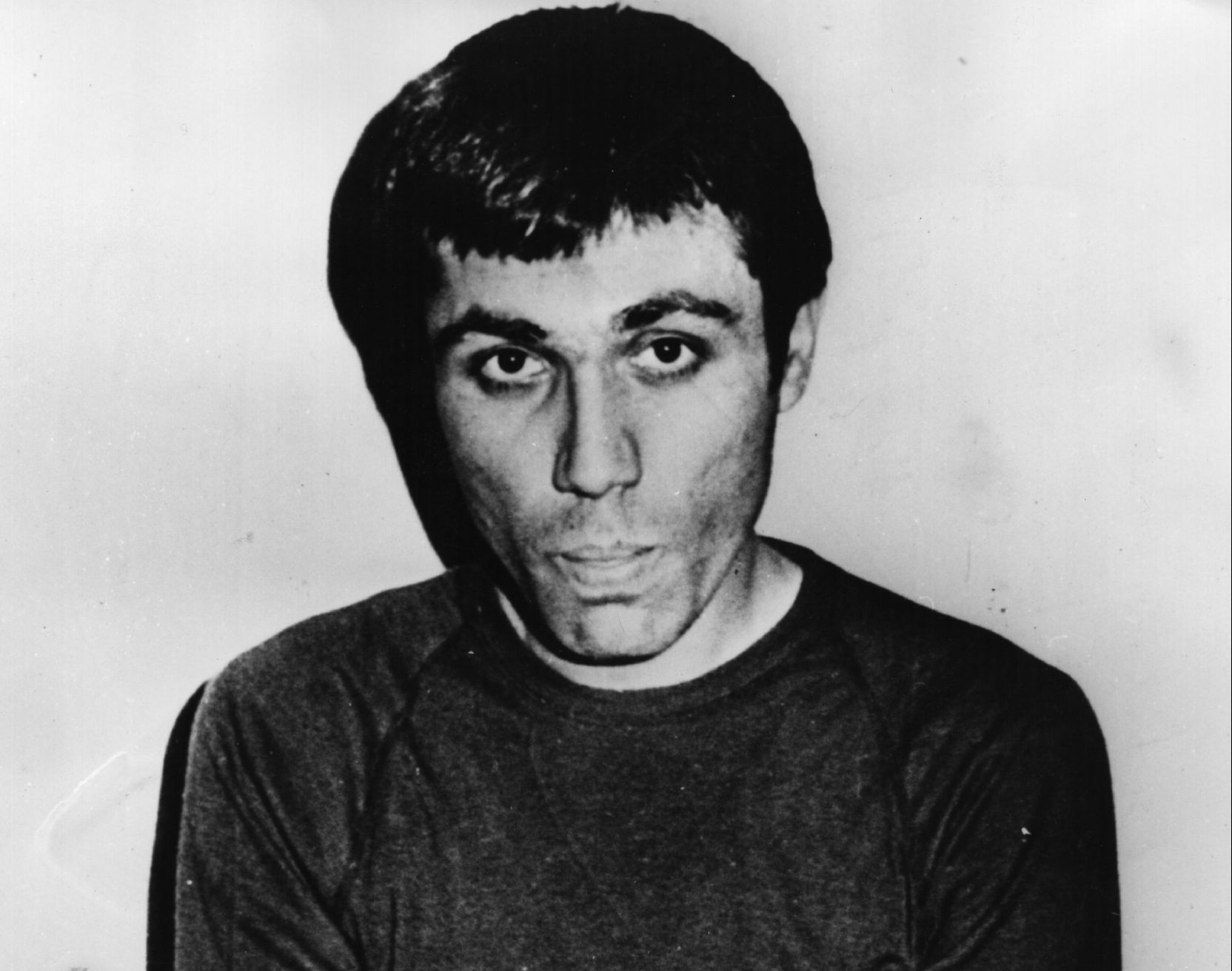 “Pray for my brother”

Mehmet Ali Ağca was raised in Hekimhan district, Malatya Province in Turkey, and he became involved with local gangs early in life. A smuggler at first, Ağca later joined the Grey Wolves, an ultranationalist and Islamic extremist group. On the group’s orders, Ağca assassinated Turkish newspaper editor Abdi İpekçi in 1979. He was caught and sentenced to life in jail, but escaped with the Grey Wolves’ help and fled to Bulgaria.

Two years later, Ağca was given a much higher-profile target. According to Italian authorities, 45-year-old Turkish mafioso Bekir Çelenk paid him and other Turkish and Bulgarian underworld contacts $1.2 million in West German marks to kill Pope John Paul II.

Ağca would later testify that Bekir Çelenk was acting on behalf of the Soviet KGB, since the USSR was threatened by the Pope’s anti-Communist stance. But this link was never proven, and Çelenk died in jail before his motives were uncovered. 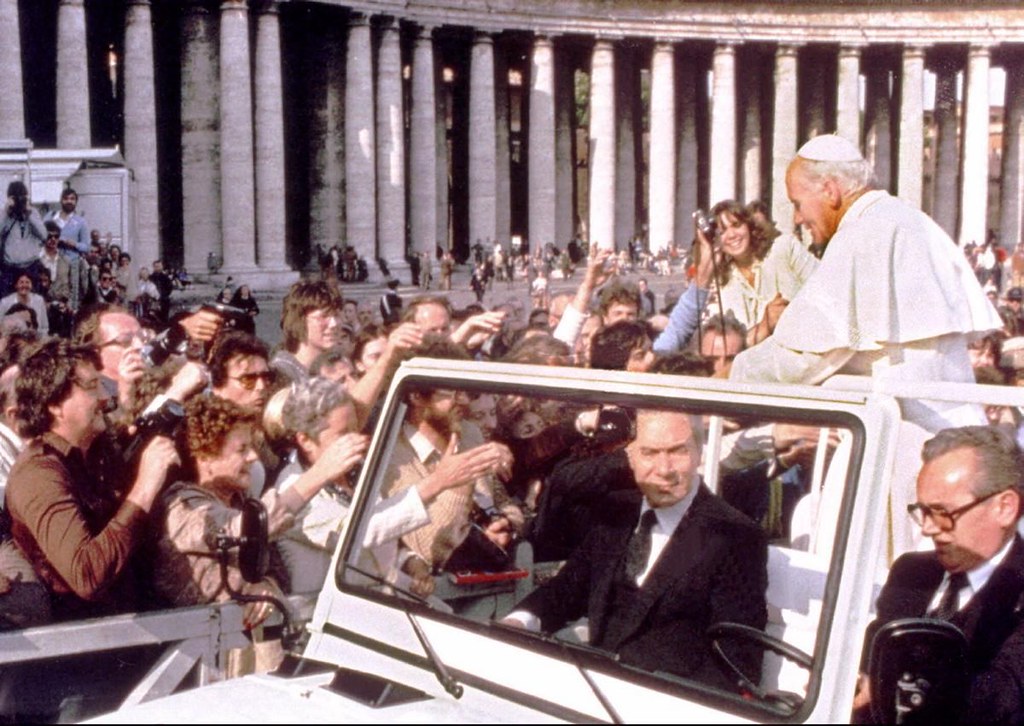 Rumours abounded in the media about the brains behind the plot. Grey Wolves leader Abdullah Çatlı later told a judge that the West German Intelligence Agency (BND) offered him money to frame the Russian and Bulgarian secret services for assassinating the Pope. More recently, Ağca has changed his story and pointed blame at both Vatican insiders and the Iranian government.

Ağca and his accomplice Oral Çelik laid in wait for the Pope on 13 May 1981. They rested in St Peter’s Square in the Vatican, where the Pope was due to make his weekly public address. The pair sat and wrote postcards as the crowds gathered around them.

As the Pope came into view in the Fiat Popemobile, it was Ağca who opened fire. Four bullets reached the Pope, wounding him in the lower intestine, hand and arm, while two bystanders were also injured. As panic ensued, Ağca and Çelik fled the scene. 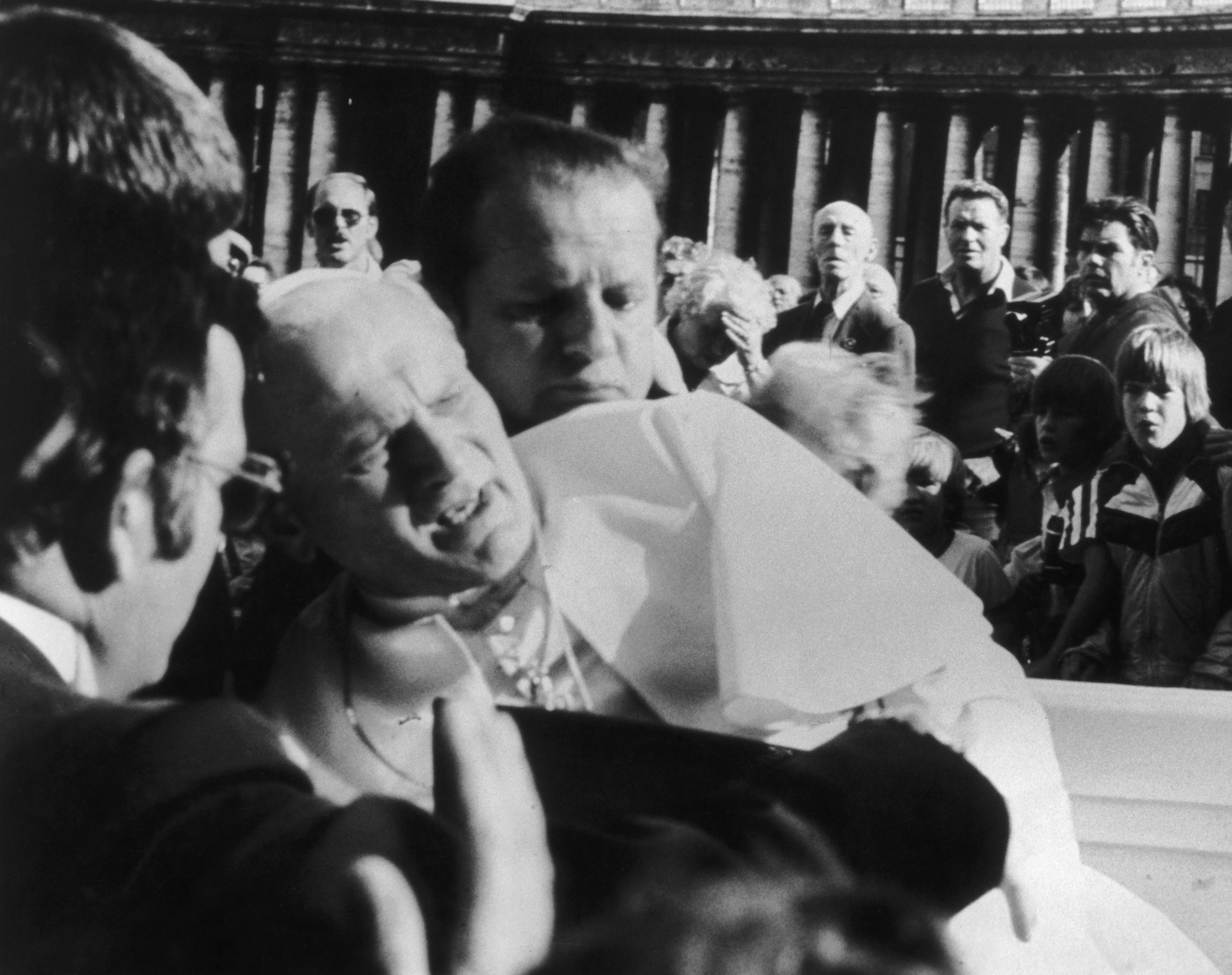 With no medical professionals in sight, the Pope was rushed to Gemelli Hospital, covered in blood. “I remember the way to the hospital,” the Pope would later write in Memory and Identity.

“I remained conscious for a while,” he added. “I had the feeling that I would survive. I was suffering, there was reason to be afraid, but I had such a strange trust. I told [personal secretary] Father Stanisław that I forgave the attacker.” On the same day as the attack, the Pope was given a temporary colostomy to protect his intestines, and was released after three weeks in hospital.

“Pray for my brother, whom I have sincerely forgiven” 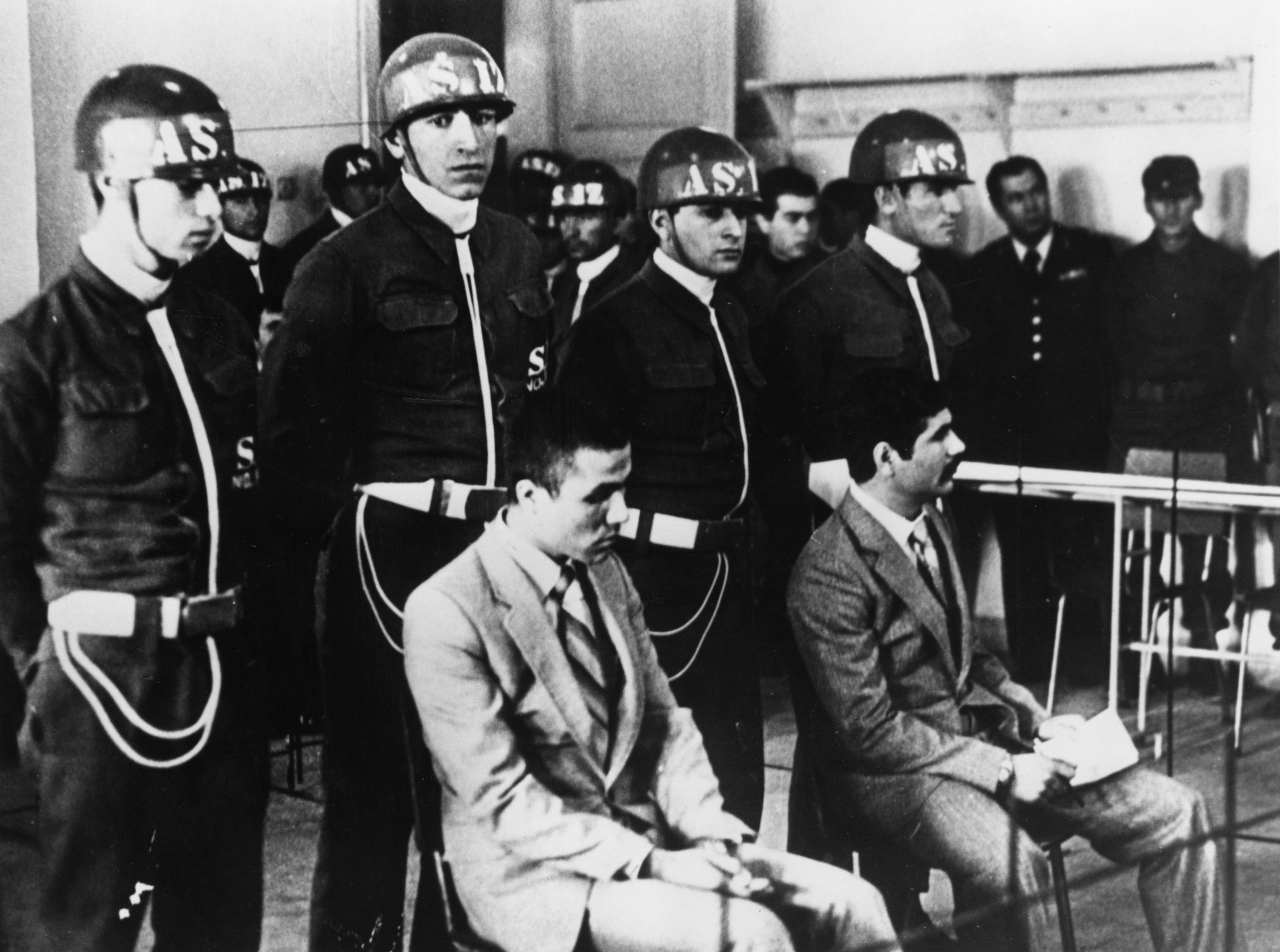 In July 1981, Ağca was handed a life sentence by the Italian authorities for his role in the attempted assassination. Pope John Paul II spoke out in his defence, asking his followers to “pray for my brother, whom I have sincerely forgiven.”

Mehmet Ali Ağca’s sanity would be repeatedly called into question. In 1985, years after his conviction, he was called upon as a witness in another trial (this time, examining three Bulgarians and four other Turks who were suspected of involvement in the plot).

Ağca told the court, “I am Jesus Christ reincarnate”, and ”No one, neither the Americans nor the Soviets, will be saved. There will be destruction.”

The defence Adolfo Larussa explained why no fresh psychiatric evaluation had taken place since Ağca’s first trial: “The jury already thinks Ağca is crazy,” he noted. “Why should we risk a psychological test that proves he’s sane?” 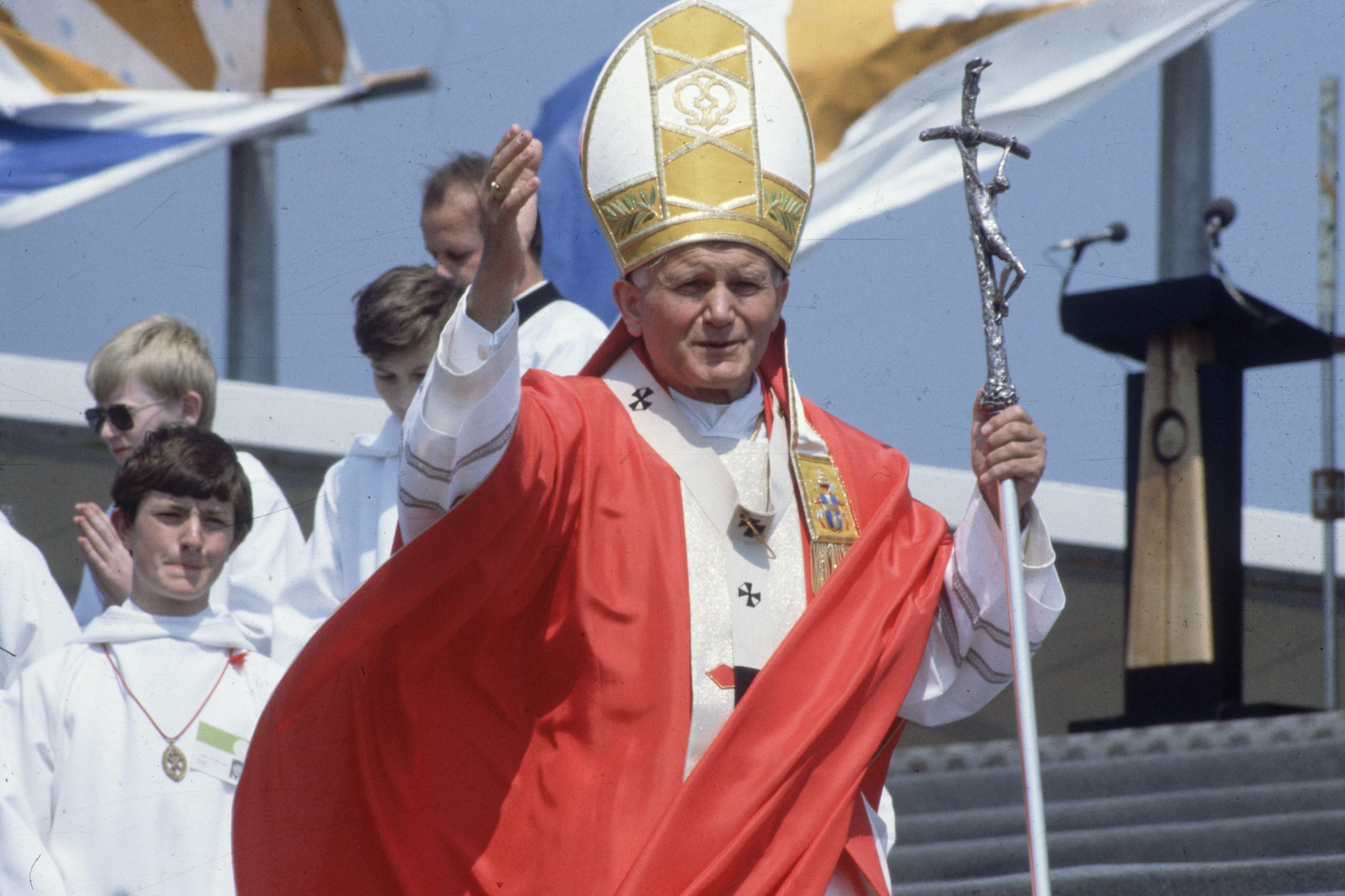 Yet Ağca was very clear on one matter. ”Consider that the Pope came right into my cell,” he told the court. “The Pope defined this encounter as excellent. If I am crazy, why was the encounter marvellous and excellent?”

The exact details of the Pope’s late 1983 conversation with Ağca never reached the public. “What we said to each other is a secret between him and me,” the Pope would comment to reporters afterwards. ”I spoke to him as I would speak to a brother whom I have forgiven and who enjoys my confidence.”

After serving 19 years in Italy, Ağca was pardoned by President Carlo Azeglio Ciampi at the Pope’s request. He was then deported to Turkey to serve a further ten-year sentence.

After their meeting at Rebibbia Prison, it is known that the Pope remained in contact with Ağca and his family over the following years, meeting both his mother and brother. As the Pope’s health declined in 2005, Ağca wrote to him with best wishes. 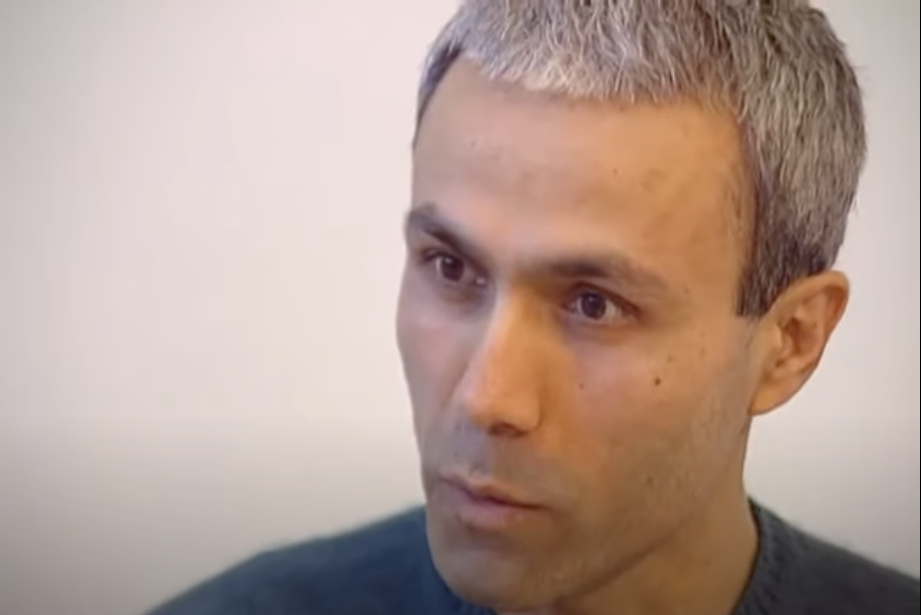 On the 26th anniversary of the assassination attempt, in 2007, Ağca converted to Roman Catholicism. He was released from jail three years later – by which point the man who forgave him had died.

To commemorate their meeting in prison, Ağca travelled to the Vatican and laid white roses on John Paul II’s tomb on 27 December 2014. In 2020, he reflected on the beloved figurehead: “The Pope became like a brother to me. When he died, I felt like my brother or my best friend had died.”

On the assassination attempt itself, Ağca concluded: “It was destiny he survived. I am very glad he didn’t die.”