Remembering When The Notorious Patty Hearst Was Freed From Prison

On November 19, 1979, Patty Hearst was freed after over three years in prison. Hearst, the granddaughter of media mogul William Randolph Hearst, was kidnapped by the Symbionese Liberation Army (SLA) in 1974 when she was 19 and in 1975 was convicted after robbing a bank with the organisation. She was ultimately sentenced to 35 years in prison, although her sentence was later commuted by President Jimmy Carter.

Hearst’s story captivated people around the world. It was evident that Hearst had been brainwashed by the SLA: at the time of her arrest, Hearst had lost a considerable amount of weight; her IQ had drastically decreased; and she had few memories of her life before her kidnapping. Some believed Hearst was acting out of her own free will; others were enraged at her imprisonment. Ultimately, Hearst was released on November 19th 1979 and pardoned on January 20th 2001. Today, we’re taking a closer look at the captivating case. 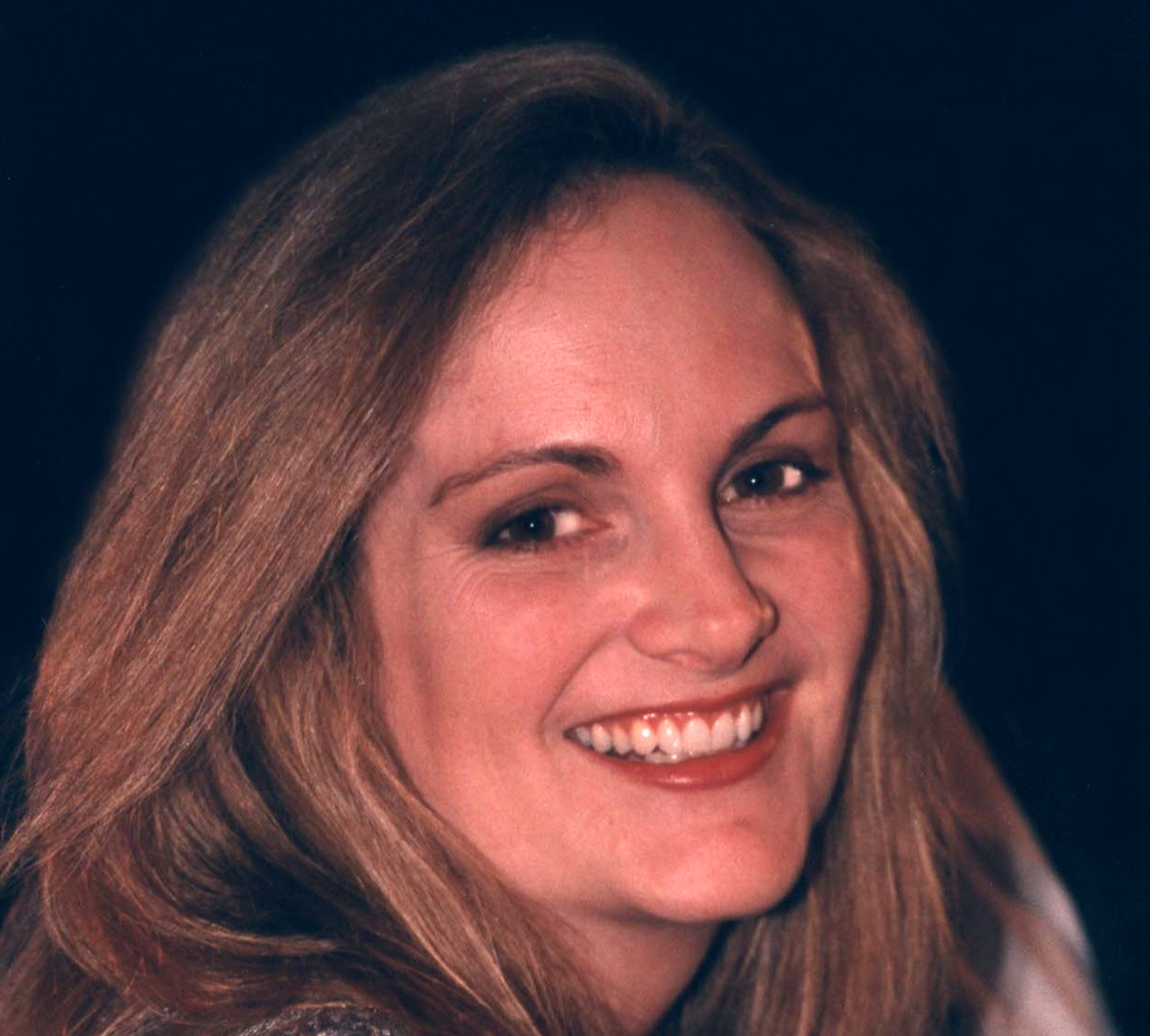 On February 4th 1974, five SLA members burst into Hearst’s Berkeley apartment and kidnapped her, stuffing her into the back of a car and fleeing the scene. Three days later, the Symbionese Liberation Army, an urban left-wing guerrilla group, sent a letter to a Berkeley radio station claiming responsibility for the abduction.

The SLA later claimed that the group sought to capitalise on the Hearst family’s political power and use it to free two SLA members from prison. Failing that, the group demanded that the Hearst family donate $70 worth of food to every hungry Californian. Hearst’s father arranged for $2 million dollars worth of food to be distributed amongst those living in poverty in the Bay Area – but this was not enough for the SLA, who still refused to release Hearst.

Hearst’s testimony later revealed that she was kept in a closet for a week with her eyes blindfolded and her hands tied. During this time, Hearst was repeatedly threatened with death by the SLA’s leader Donald DeFreeze. 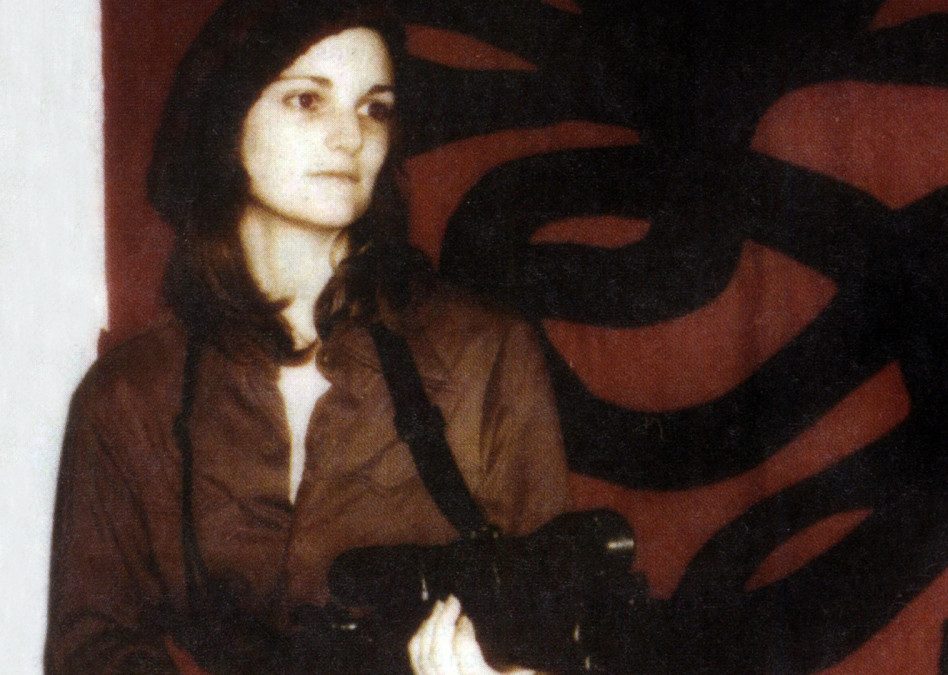 “DeFreeze told me that the war council had decided or was thinking about killing me or me staying with them, and that I better start thinking about that as a possibility,” Hearst later revealed.

Hearst slowly began to join in the group’s political discussions and was given SLA political tracts to learn off by heart. Eventually, the group asked her if she wanted to stay and fight with them – to which Hearst said yes.

Hearst was then trained on how to use weapons and adopted the name Tania. Just over a year after her initial kidnapping, Hearst helped the SLA rob a local bank. As the bank had surveillance cameras installed, the footage of Hearst committing crimes generated massive media coverage.

Hearst was recorded brandishing a gun while robbing the Sunset District branch of the Hibernia Bank in San Francisco. Hearst called herself ‘Tania’ while instructing customers to stand back up against the wall. 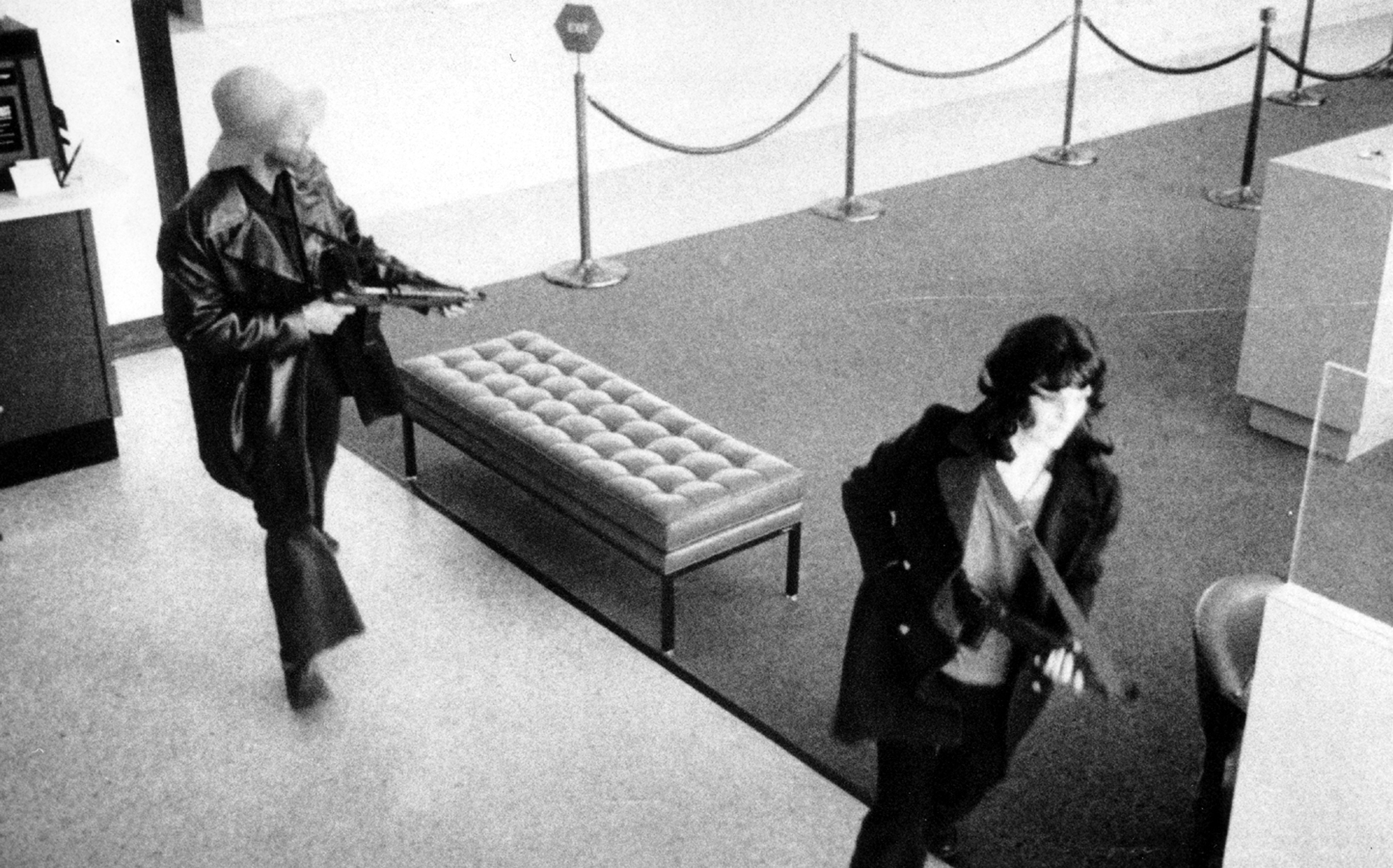 Hearst and other SLA members managed to get away from the scene and initially evaded the police, but Hearst was finally captured in September 1975 and charged with armed robbery. Hearst asked her attorney to relay a message to the world: “Tell everybody that I’m smiling, that I feel free and strong and I send my greetings and love to all the sisters and brothers out there.”

Hearst was a visibly changed woman by the time she was arrested. She weighed 40kg while her IQ had dropped from 130 to 112. Contemporary psychologist Margaret Singer described Hearst in October 1975 as “a low-IQ, low-affect zombie.”

Hearst’s trial commenced on January 15th 1976. The judge, Oliver Jesse Carter, argued that she had acted of her own free will. Testifying for the prosecution, Dr Harry Kozol stated that Hearst had been “a rebel in search of a cause” and strongly argued against any arguments that Hearst had been a victim of brainwashing.

According to Hearst’s testimony, the SLA forced her to appear “enthusiastic” during the bank robbery and had told her that she faced being killed if she refused to play along. Indeed, photographs from the robbery showed SLA members pointing guns at Hearst. 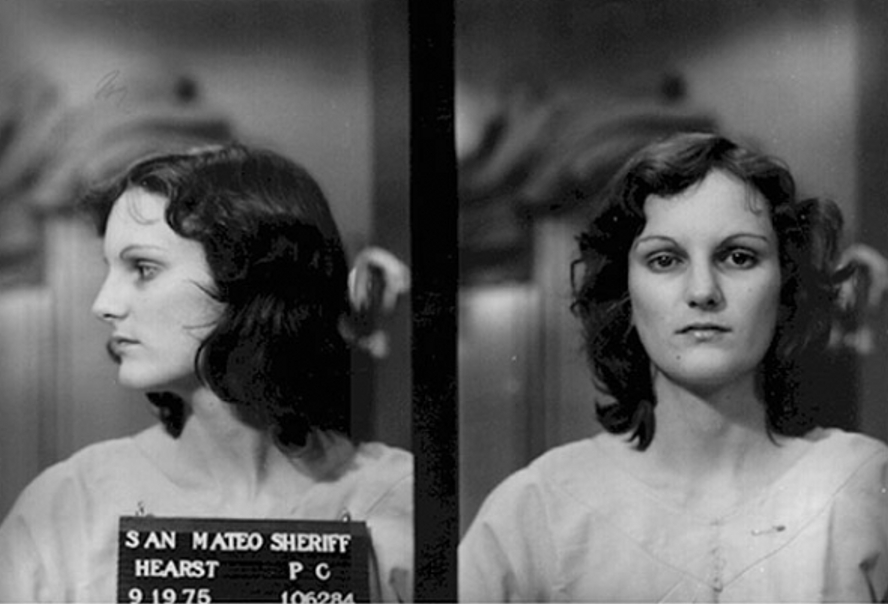 Despite Hearst’s harrowing testimony, she was found guilty. On March 20th 1976 she was convicted of bank robbery and using a firearm during the commission of a felony. She was sentenced to 35 years in jail.

Public opinion hardened against Hearst after her capture. Author Jeffrey Toobin wrote in his book America Heiress: The Wild Saga of the Kidnapping, Crimes and Trials of Patty Hearst that “by 1975, she was a symbol no longer of wounded innocence but rather of wayward youth.”

However, there was some outcry at Hearst’s imprisonment and many campaigned to have her released. US Representative Leo Ryan had collected signatures on a petition for Hearst’s release shortly before his death (he was murdered while visiting Jonestown in Guyana, in 1978). 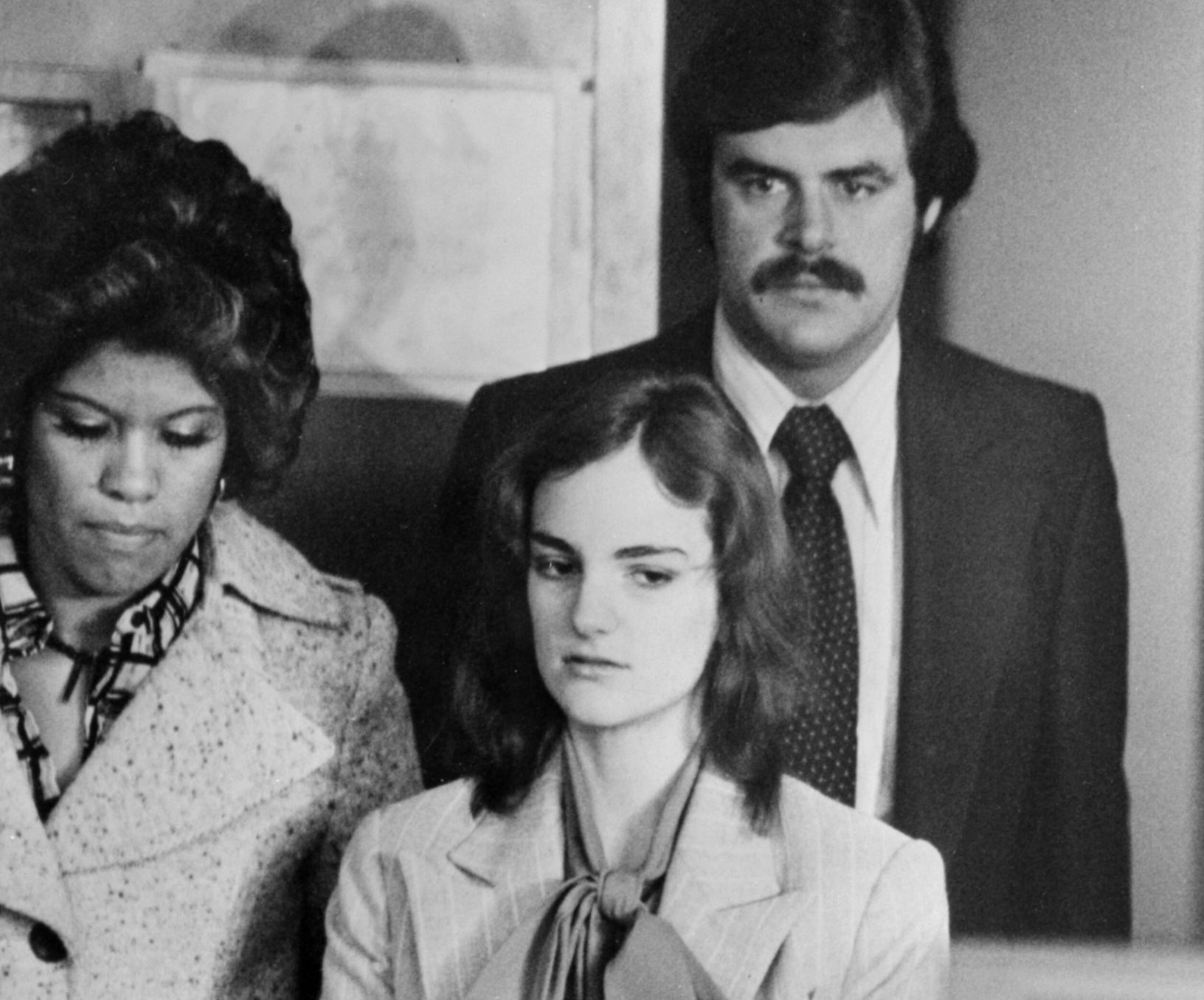 After the mass murder-suicide in Jonestown, actor John Wayne highlighted the hypocrisy in believing that Jim Jones had brainwashed 900 individuals, while refusing to accept that the SLA could have brainwashed a teenage girl.

President Jimmy Carter eventually commuted Hearst’s federal sentence to 22 months in 1979. On November 19th 1979, Hearst was released on bail. She endeavoured to lead a normal life out of the spotlight, marrying her bodyguard Bernard Shaw and raising a family in Connecticut.

Hearst went on to receive a full presidential pardon from Bill Clinton on January 20th 2001 – his last day in office. Today, she dabbles in writing and acting, and also regularly competes with her dogs in dog shows.