Radio host Howard Stern was used to chatting with strangers live on air, but on 7 December, 1994, he received a call that was a little unusual to say the least.

That morning, Stern was presenting his popular radio show, The Howard Stern Show, when a suicidal man named Emilio Bonilla called in and told Stern he was planning on jumping from the George Washington Bridge connecting New York and New Jersey. Here’s the story of how Stern talked him down from the ledge. 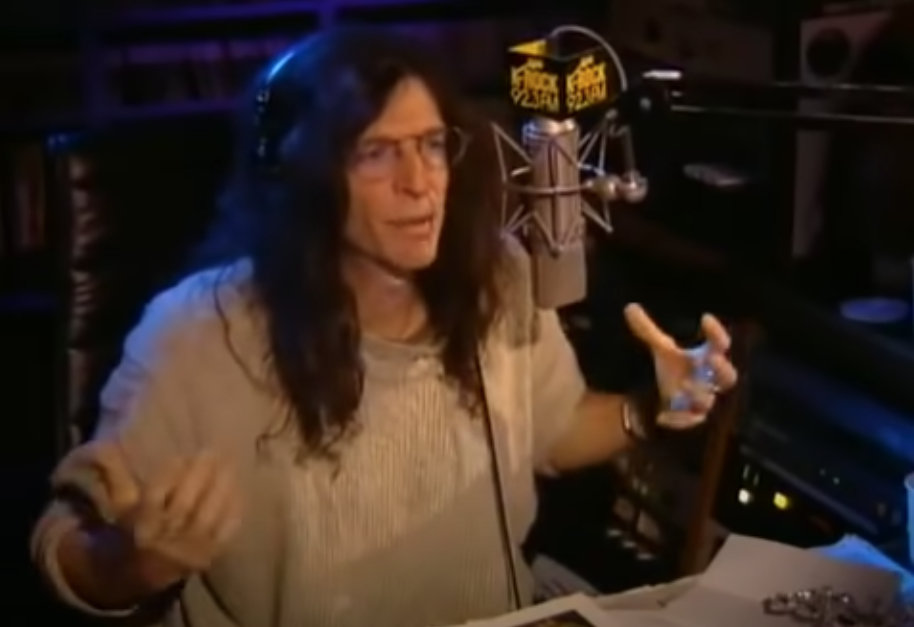 Howard Stern was born on 12 January, 1954 in the borough of Queens in New York City. Stern’s mother Ray worked as an inhalation therapist, while his father worked as a radio engineer. He credits his father with sparking his love of radio: “When I saw my father as a recording engineer… I was enamoured,” he once said. “Looking at how my father was so reverential to those people, I thought that maybe he could look at me with that kind of respect if I could get behind a microphone.”

While studying at Boston University in the 1970s, Stern got involved with the campus radio station WTBU. Then in 1975, he landed his first professional radio job at 1550 WNTN.

After graduating in 1976, Stern worked a few shifts at WRNW in Briarcliff Manor, New York, and was eventually hired on a full-time basis. 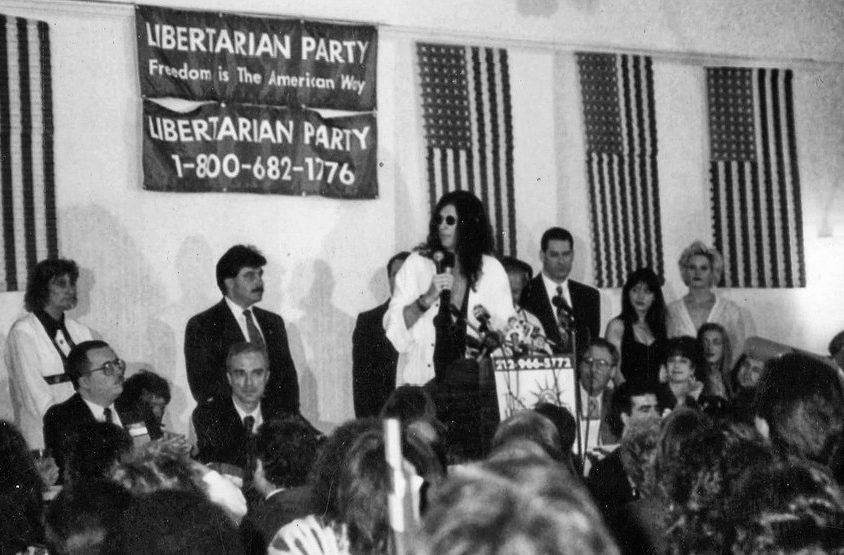 In 1978, Stern married his college sweetheart, the actress Alison Berns. (The pair would have three daughters together, Emily, Debra and Ashley, but the marriage ended in divorce in 2001.)

Between 1976 to 1982, Stern developed his ‘character’ on various shows at a number of different stations. Stern was a notorious ‘shock jock’, meaning he presented his shows in a deliberately provocative (and sometimes offensive) manner.

Notably, while at WWWW in 1980, Stern became increasingly outrageous. He held a bra-burning event and wrestled women outside the studios. He also encouraged listeners to call in and confess the craziest places where they had had sex.

Stern with wife Alison in the 90s (Credit: Hulton Archive via Getty)

Stern would also later call the Kremlin and ask for five billion dollars in foreign aid for Detroit; call dentists’ offices live on air and ask them to change their reception room radios to his show; and try to sell the state of New Jersey.

He gained national notoriety during a stunt in which hundreds of listeners paid $1.06 to smash up a Toyota, earning Stern coverage in national news – which was part of his plan all along. (Stern later donated the money raised to Chrysler).

He left WWWW in 1981, worked briefly at WWDC, then started at WNBC in 1982. Management were worried that Stern’s controversial personality would clash with the station’s corporate, professional image and instructed him to steer clear of any sexual or religious jokes. 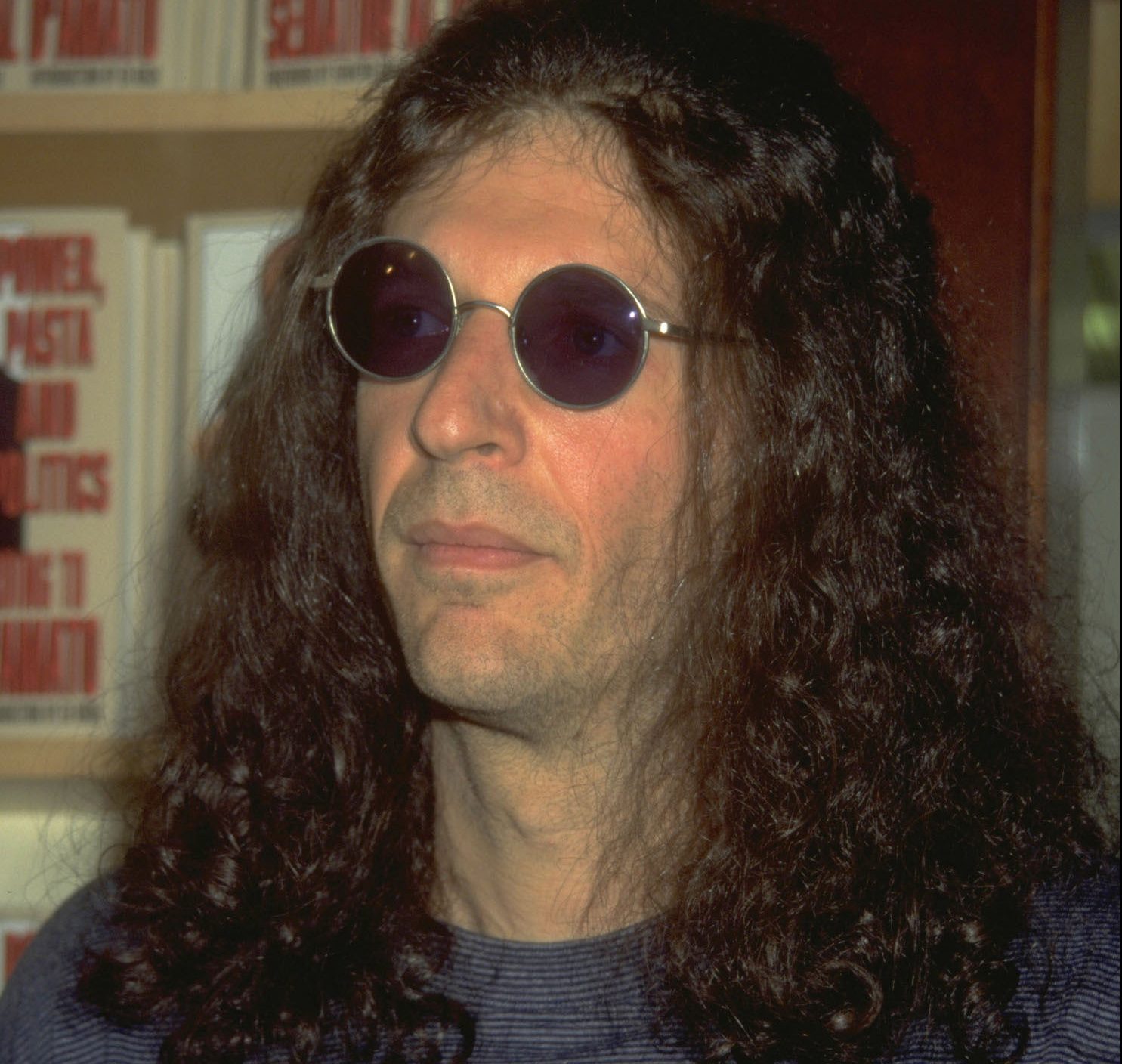 Stern was later suspended during his first month at the station for airing a controversial segment titled ‘Virgin Mary Kong.’ Stern was ultimately fired from WNBC in 1985, due to “conceptual differences” between himself and WNBC management.Stern – who at this point had established himself as an exceedingly talented host – was not out of work for long. In October 1985, he signed a five-year contract with Infinity Broadcasting and began hosting afternoons on its rock music station WXRK in November.

In February 1986, Stern’s show was moved to the prime time morning slot. It was nationally syndicated on terrestrial radio from 1986 to 2005. The show aired in 60 markets and at its peak it attracted over 20 million listeners in the US. 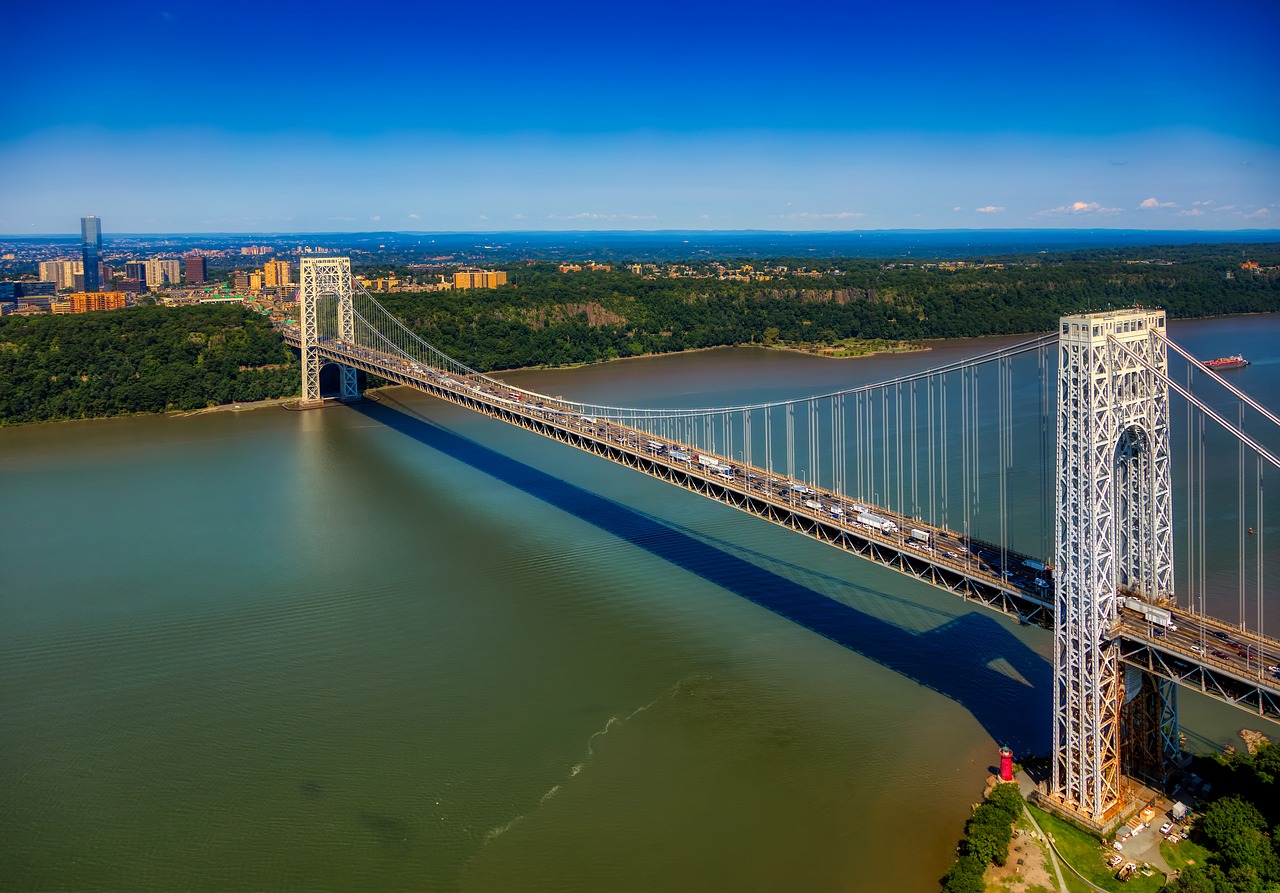 On 7 December, 1994, Stern made national news again – but this time it wasn’t because of a silly stunt involving the destruction of a car. 29-year-old Emilio Bonilla called in to Stern’s show – under the pseudonym ‘Prince’ – and stated that he was going to jump off the George Washington Bridge.

When Bonilla told Stern and co-host Robin Quivers that he was going to jump, Stern kept a cool head and tried to keep Bonilla engaged in a conversation. Stern later said: “Once I determined this was a jumper, I said: ‘I have to keep this man laughing… until the cops get there.'”

Stern managed to keep Bonilla on the line for five minutes, joking that if Bonilla jumped, he’d miss the premiere of Stern’s new film Private Parts (which eventually came out in 1997). A Brooklyn woman, Helen Trimble, was listening to the broadcast while in the vicinity and rushed to the bridge where she grabbed onto Bonilla to prevent him from jumping.

Port Authority Police – whose tour commander was listening to the show when the incident took place – arrived at the scene shortly afterwards and took Bonilla into custody. Senator Al D’Amato and Ed Koch, former Mayor of New York City, all called into the show to congratulate Stern for his clear-headedness and quick-thinking. 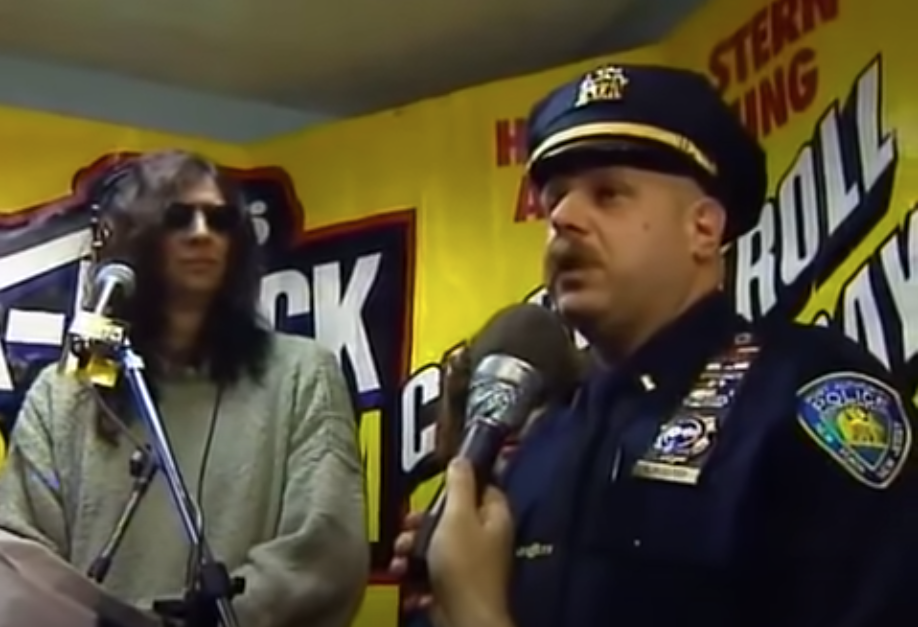 Stern was characteristically sarcastic about the incident: “Who better to help someone who is psychologically disturbed than Howard Stern, who himself is psychologically disturbed?” he later quipped. Howard Stern revealed in 1995’s Miss America that he has Obsessive Compulsive Disorder. While he was going through his divorce from Alison Berns in 2001, he went into therapy and has spoken out about its benefits.

Speaking out after his ordeal, Bonilla explained that dissatisfaction with his dead-end job had driven him to despair. “I didn’t want to be average anymore, working 9 to 5,” he said. “I knew there had to be more out there, but each time I tried, I was getting chopped down.” Bonilla received psychiatric help after his suicide attempt.

Stern’s career since the incident 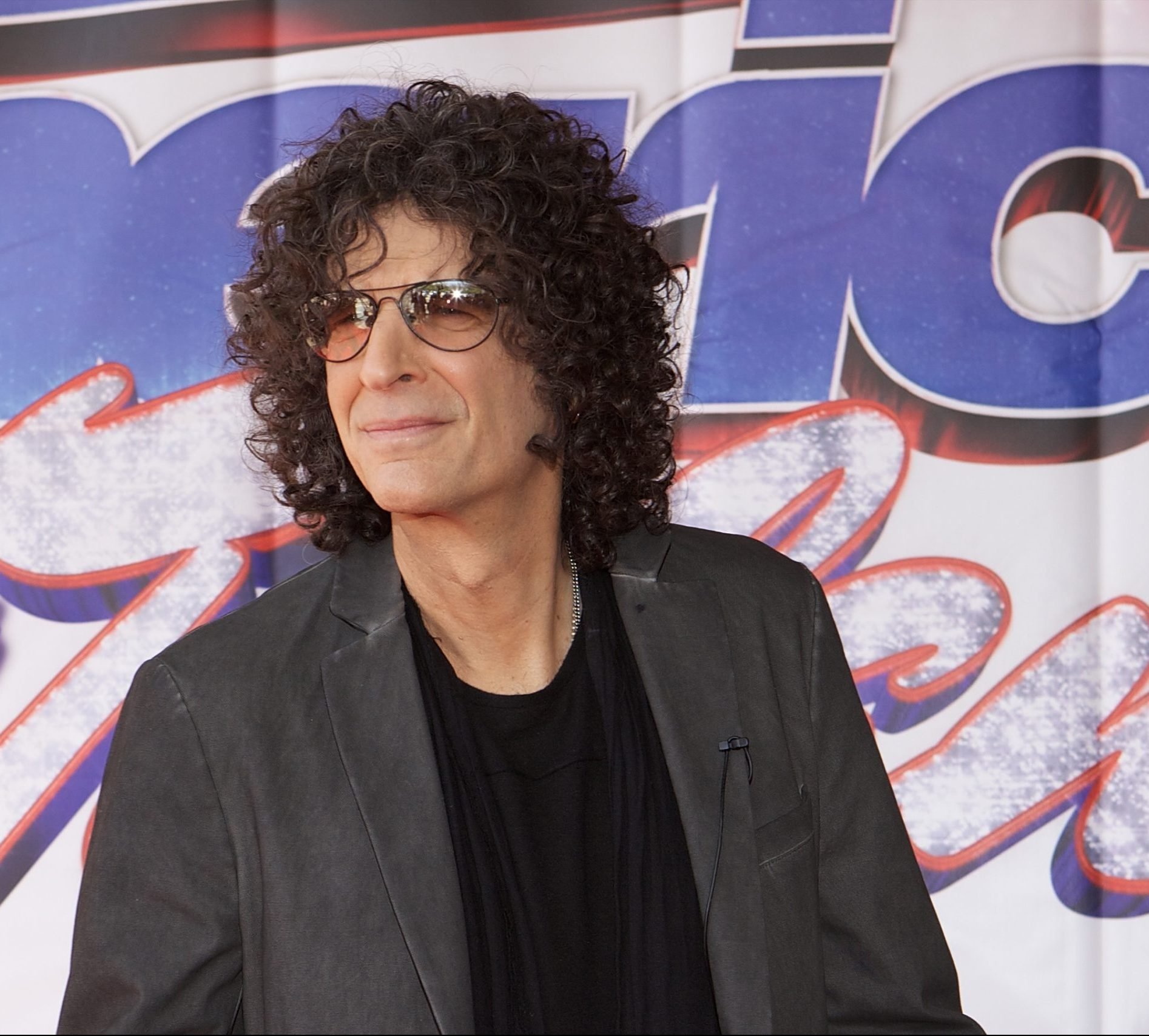 In December 2000, Stern renewed his contract to continue his show for another five years, but the show’s ratings had declined since 1998, and the peak of Stern’s career had passed. Stern hosted his final show with WXRK on 16 December 2005.

Since then, The Howard Stern Show has moved to SiriusXM 100 and 101, with its debut broadcast on 9 January 2006. This move made Stern one of the highest-earning radio stars in the world, as his five-year contract was worth $500 million.Today, he has an estimated net worth of $650 million.

After Bonilla’s phone call, mental health troubles would later hit closer to home. A long-time fan of the Howard Stern Show, comedian Artie Lange joined the team in 2001. He would leave the show eight years later, after showing up to work drunk. Lange suffered from depression and substance abuse. Amid Lange’s spells in rehab and a psychiatric ward, one SiriusXM executive said the show would welcome Lange back after recovery.

However, Stern then decided Lange should not return, claiming that it could harm Lange’s health further. “He said to me recently that he would be willing to come on the air and explain what happened and stuff,” Stern told Rolling Stone Magazine at the time. “I don’t even feel strong enough within myself or that I’d be doing the right thing by him, because I don’t want to do the wrong thing for Artie. I just want Artie to stay alive.”

However, in 2017 Lange painted a very different picture of his departure from the show. “We hate each other’s guts,” he said. “It had a terrible ending.”

“I became a heroin addict,” he explained. “I fell asleep on his show. That led to a fight and that’s what happens – then you go into rehab and, you know, they tell you, you lose friends.”

In December 2020, Stern renewed his contract with SiriusXM and agreed to produce his show for at least another five years. His long-time co-host Robin Quivers has an estimated net worth of $75 million. Stern and Quivers have worked together for over 40 years.

After his divorce from Alice Berns, Stern dated the actress Angie Everhart, and briefly went out with Robin Givens. In 2000, he began dating TV personality and model Beth Ostrosky, who is 18 years his junior. The pair wedded in New York City on Valentine’s Day in 2007 and later purchased a $52 million home in Palm Beach, Florida.

Stern has also gone on to cultivate his other interests outside of radio. His photography has been featured in magazines such as Hamptons and WHIRL. He’s also appeared on America’s Got Talent, where he served as a judge from 2012 to 2015.

Howard Stern is now 68 years old. He has written three autobiographical books over the course of his career: most recently, Howard Stern Comes Again was released on 14 May 2019.