November 21, 1980 was a very big day for TV network CBS, and for the devoted audience of prime time soap opera Dallas. It was the day that saw the broadcast of the episode in which viewers finally learned the answer to the most frequently asked question of the time: “Who Shot J.R.?”

Not only did this episode (aptly entitled ‘Who Done It’) wind up the most viewed episode ever of Dallas, it also became the highest rated episode of any TV drama in history. While this record was broken a few years later, to this day ‘Who Done It’ remains the second most watched prime time telecast ever. So just what was it that brought viewers in droves to learn the identity of J.R.’s would-be assassin?

J.R. Ewing was the man viewers loved to hate 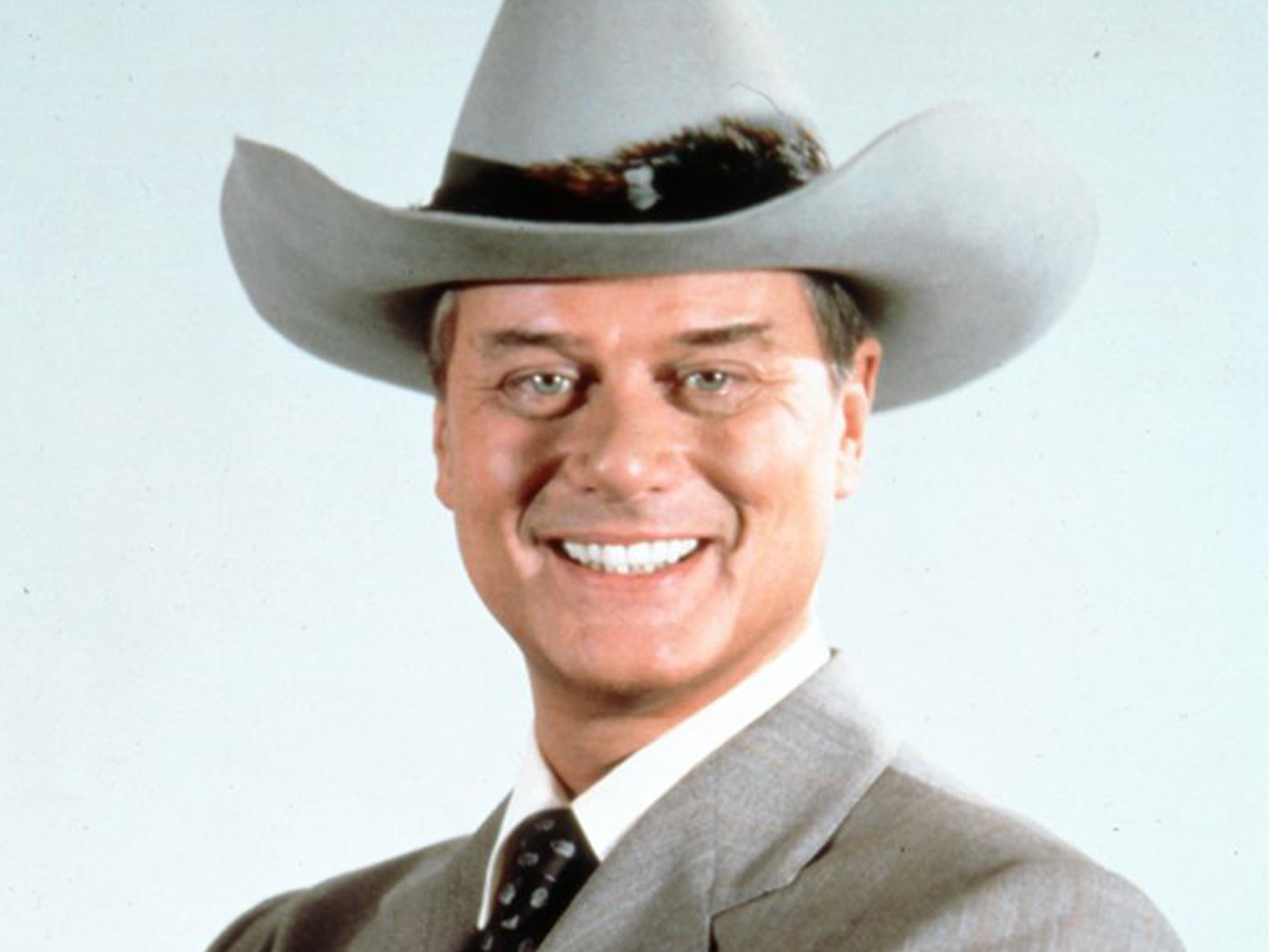 Dallas first aired in April 1978 in the form of a five-part mini-series. Set in the Texas city of the title, the show centred on the tensions between the wealthy Ewing and Barnes families. Curiously, neither the producers nor the network were optimistic that the show would last beyond those initial five episodes, but it proved popular enough for it to go to a full series.

Early on, Larry Hagman’s John Ross Ewing Jr. – informally known as J.R. – was merely a supporting character on the series; a darker counterpart to his more good-natured brother Bobby Ewing (Patrick Duffy). With time, however, audience reaction to J.R.’s unscrupulous ways saw him pushed further into the spotlight.

As Dallas grew more popular, J.R. was the character everyone seemed to be talking about. Shameless in his immorality, the egomaniacal oil baron became the character that viewers loved to hate, and the show’s writers and producers made sure to capitalise on this by making him ever more villainous as the show went on.

Naturally, J.R. made more than his share of enemies along the way – and with this in mind, the Dallas showrunners hit on an idea which they were sure would really get viewers talking. In season three finale A House Divided, broadcast on March 21, 1980, an unseen assailant gunned down J.R., ending the season on a jaw-dropping cliffhanger. 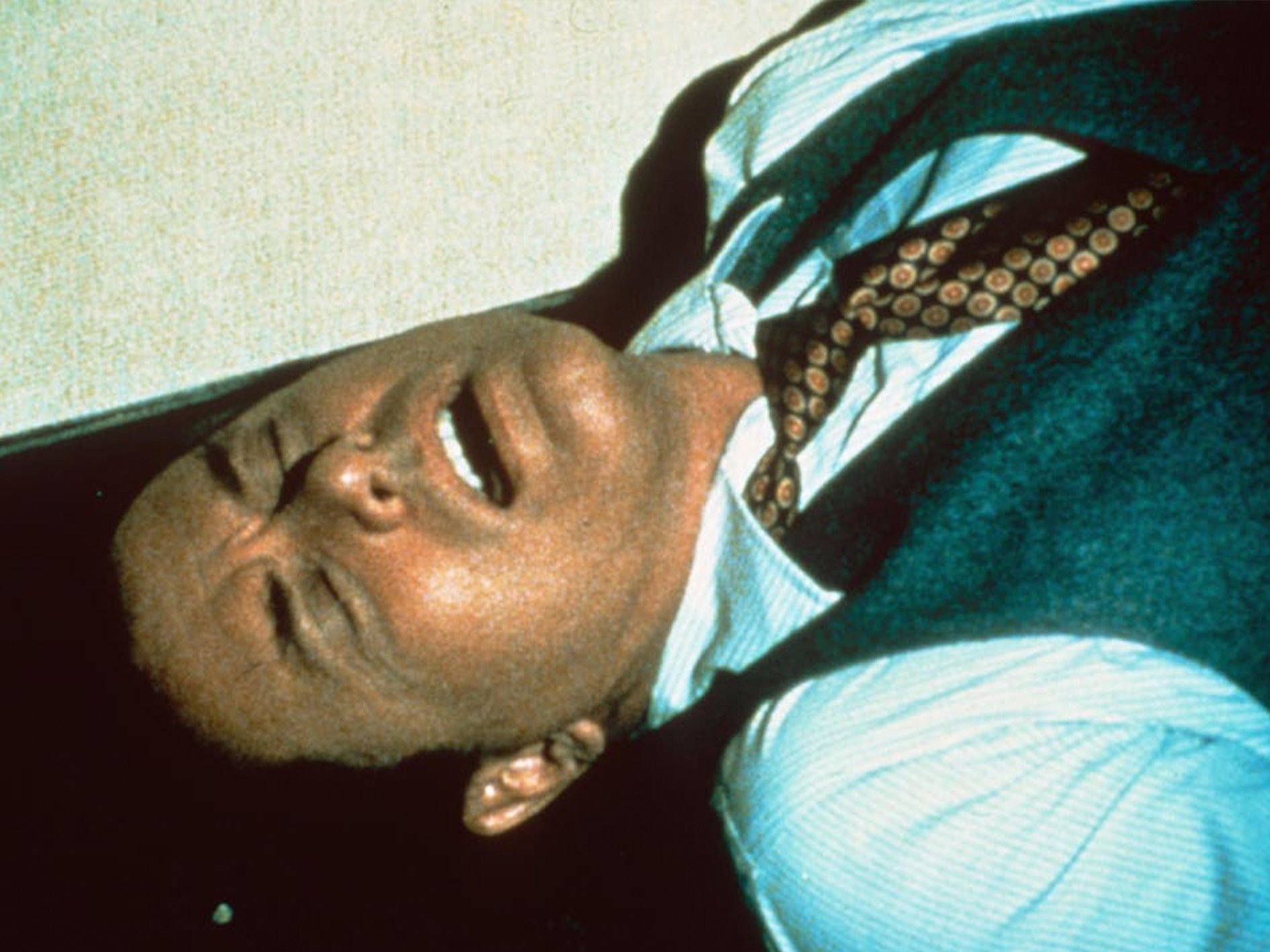 Critics might have accused Dallas of being melodramatic and manipulative, but from a commercial perspective, no one could deny it was a masterstroke. Viewers had to spend the next eight months not only wondering whether J.R. would survive, but also anxious to learn just who it was that had pulled the trigger. After all, in the great tradition of murder mystery pioneer Agatha Christie, everyone had a motive.

Dallas may have been off the air in the summer of 1980, but it was on everyone’s lips. It seemed that no one could stop asking that pivotal question, “Who shot J.R.?” The words popped up everywhere, on T-shirts and merchandising, and in the columns of newspapers and magazines. It was the front page headline of People Weekly magazine that July, when the new season of Dallas was still more than three months away. 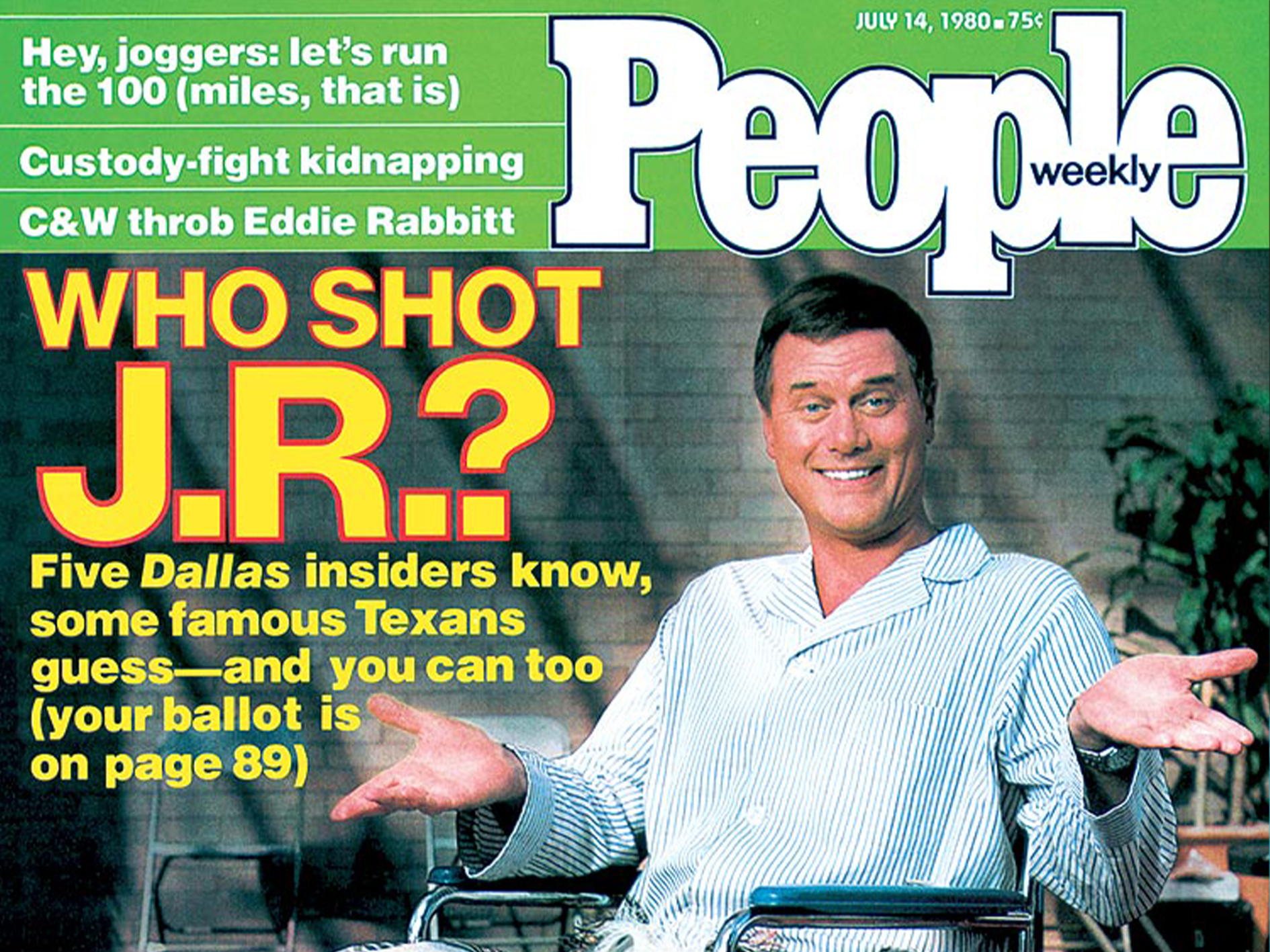 At the height of this media frenzy, whilst fans ached to see the drama resolved, there was a fair bit of drama going on behind the scenes on Dallas. Hagman, realising how vital he was to this publicity sensation (not to mention the show’s ratings), went to the network demanding he be given a raise. The actor had been earning $25,000 per episode – he wanted $100,000.

Naturally, CBS were none too pleased with Hagman’s ultimatum, and the showrunners briefly contemplated recasting J.R., planning to explain away the appearance of a new actor as the result of J.R. being given reconstructive surgery to his face. (The fact that J.R. had clearly been shot in the stomach was neither here nor there.)

At the end of the day, a deal was finalised (Hagman would get $75,000 per episode), and the J.R. actor agreed to return for Dallas season four. Frustratingly for fans, the show didn’t return to screens as soon as expected, with production delayed due to a Screen Actors Guild strike. With other shows, such a delay might have resulted in the wider audience losing interest; but in the case of Dallas, it only heightened the anticipation.

By the time the show returned to the airwaves in November 1980, “Who shot J.R.?” had reached fever pitch. The slogan had even made its way into that year’s presidential election: some supporters of Republican candidate Ronald Reagan (who was running against incumbent President Jimmy Carter) took to wearing buttons that read ‘A Democrat Shot J.R.’

On November 7, 1980 (three days after Ronald Reagan won the election by a landslide), the fourth season of Dallas began, and the dramatic story of J.R.’s attempted murder finally continued. Finally, three weeks later, the episode which revealed the identity of J.R.’s shooter was broadcast – and the world couldn’t wait to find out. 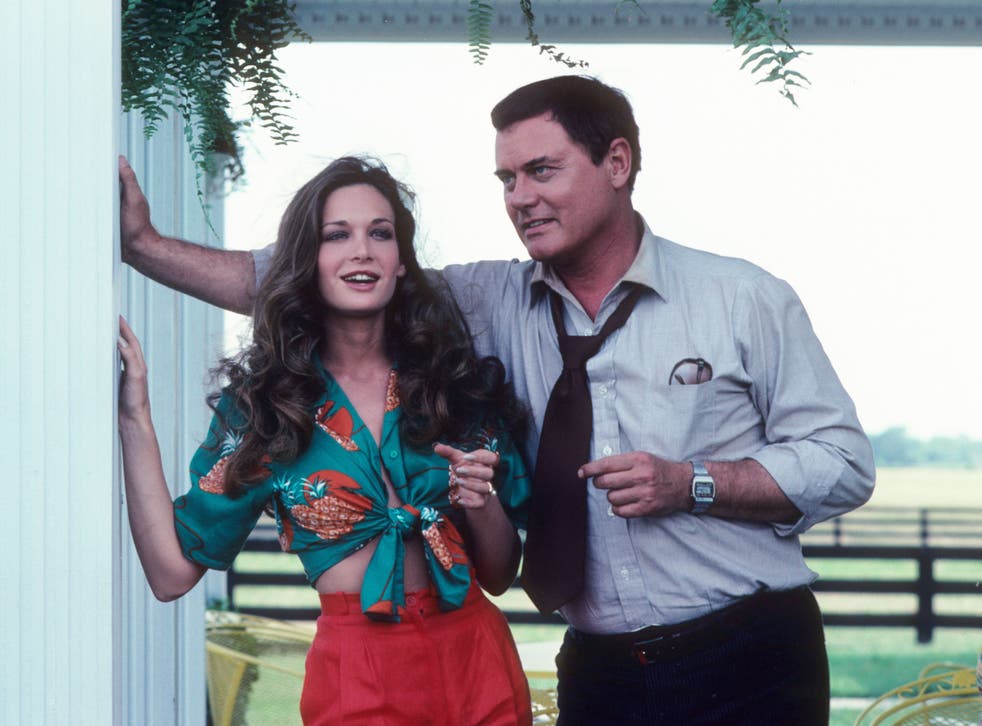 Bookies had given odds on the most likely culprits, with the favourites being J.R.’s wife Sue Ellen at 3-1, his brother Bobby at 5-1 and swindled business rival Vaughn Leland at 4-1. However, Who Done It revealed that the shooter was in fact J.R.’s mistress and sister-in-law Kristin, who in typically dramatic Dallas fashion had shot him in a fit of madness then forgotten everything, and only uncovered the memory through hypnotherapy.

Regardless of whether or not the resolution lived up to expectations, it had unquestionably piqued viewer interest. Somewhere between 83 and 90 million US households (roughly 76% of all viewers across the nation) tuned in to watch the episode, making it the single most viewed television drama episode in history. Who Done It would hold this record until 1983, when almost 106 million viewers tuned in for the series finale of M*A*S*H*.

Of course, “Who Shot J.R.?” fever extended beyond the US: the show was a huge ratings-grabber worldwide, and international audiences were equally anxious to see the story resolved. Estimates state that the episode was watched by roughly 360 million people in 57 countries.

How “Who Shot J.R.?” changed television

The “Who Shot J.R.?” sensation changed the face of TV in the 80s. It proved the dramatic and commercial value of cliffhanger endings and larger-than-life characters, and proved that audiences love a great bad guy even more than a good guy. This prompted the launch of more Dallas-like shows in the years that followed, the most famous being Dynasty, which hit the air in January 1981 and eventually overtook Dallas in the ratings.

As for Dallas itself, the years that followed saw the show do its best to find similarly attention-grabbing cliffhangers and progressively more absurd twists. Most notoriously, unpopular plot developments resulted in the entire ninth season being written off as Pamela Ewing’s dream. Eventually, as the ratings declined, the plug was finally pulled on Dallas in May 1991.

Nonetheless, “Who Shot J.R.?” remained part of the popular lexicon, inspiring all manner of homages and parodies, arguably the most famous being the “Who Shot Mr Burns?” storyline on The Simpsons.

Audience interest in Dallas remained strong enough for the show to be revived in a number of one-off TV movies in the 90s, and it was finally relaunched as a series in 2012. Through it all, one constant remained: Larry Hagman as J.R., the only actor to appear in literally every episode in the original run of Dallas. 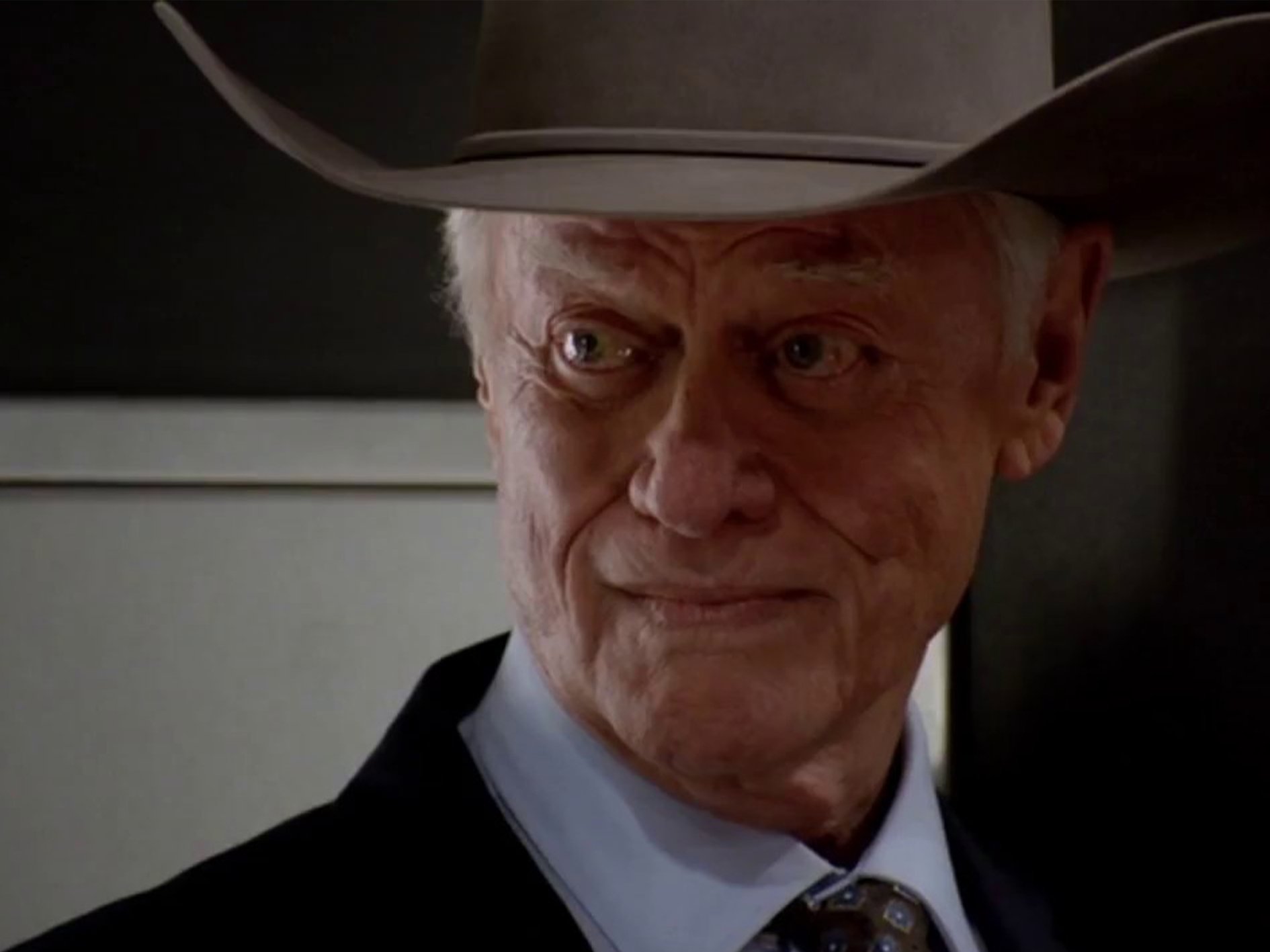 It just wouldn’t have been Dallas without him, so viewers were delighted to see Hagman return as J.R. in the Dallas reboot. Sadly, this was not to last, as Hagman passed away aged 81 on November 23, 2012, while the second season of the revived Dallas was still in production. The series would come to an end in September 2014.

There have been plenty more big dramatic TV storylines that have gotten viewers talking over the years. Yet in the streaming age, when audiences are able to binge-watch entire seasons at a time that suits them, we don’t have so many instances of everyone gathering around their sets at the same time to watch the same thing. Today, “Who Shot J.R.?” may seem a quaint relic of a long-gone age, but looking back it reminds us of the power that TV drama can have to unite audiences everywhere.