A multi-million-pound theft that triggered manhunts, murders and a rumoured curse, the Brink’s-Mat robbery has gone down as one of the most notorious crimes in British history. On 26 November, 1983, Brink’s-Mat became the highest-value single armed robbery that Britain – and the world – had ever seen at that time, and it all unfolded in a quiet warehouse just outside Heathrow Airport. 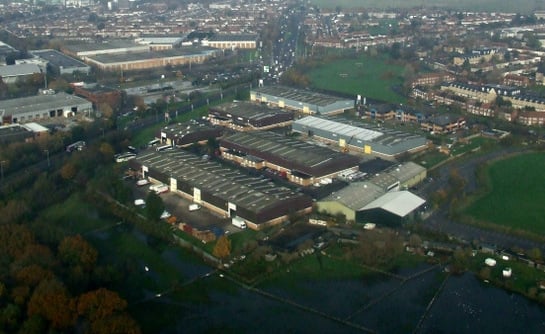 It was a dozy Saturday dawn at Heathrow Airport. At the nearby Heathrow International Trading Estate, six security guards turned up for their shift at 6.30am. Within ten minutes, their lives would change forever. The crime of the century was about to take place.

Six masked men slipped into the Brink’s-Mat warehouse, Unit 7, without warning. Declaring themselves to be relief guards, they challenged the men on duty and violence soon broke out.

Armed with guns, the newcomers overpowered the guards, hitting one in the head with a pistol and handcuffing the rest. They tore the uniform of one guard and doused him in petrol, then threatened to set him alight. The unlucky guards were forced to reveal the combination code to the warehouse vault.

The robbers navigated the warehouse with suspicious ease, somehow familiar with the site’s closed-circuit TV. When the vault door swung open, however, they were in for a shock.

As it later transpired, the Brink’s-Mat robbers were expecting to find £3.2 million in cash in that vault. Instead, they found a vast fortune of gold and diamonds too, with a total worth of £26 million, or about £100 million in today’s money.

Destined for Hong Kong that very day, the fortune belonged to Johnson Matthey Bankers Ltd. Each of the 6,800 gold ingots was about the size of a candy bar. The thieves drove off in a blue Ford Transit van with 3.5 tonnes of gold – with one turning back to the helpless guards and shouting, “Merry Christmas, lads!”

It wasn’t until 8.30 am that one guard broke free of his handcuffs and raised the alarm – with his assailants long gone. 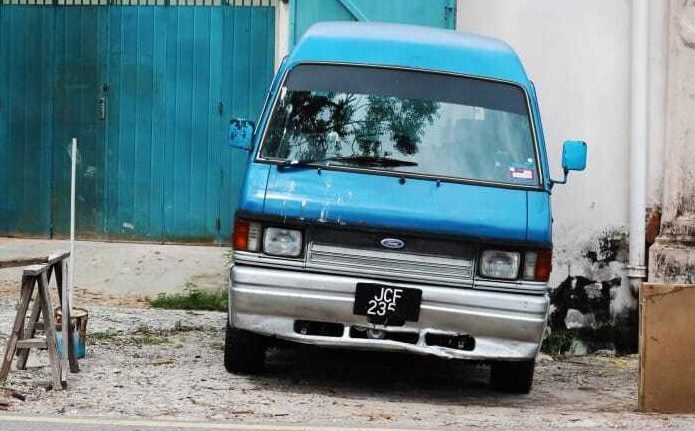 “If a group of criminals has got £26 million of gold in their coffers, they have probably got more power than some third world countries,” Superintendent Brian Boyce later reflected. “That makes them a very potent danger to our society.”

Britain was abuzz with crime fever, and amateur sleuths across the country were taking an interest in the Brink’s-Mat job. Only two days after the heist, a couple in Bath, Somerset noticed a potential clue: their neighbour was using a crucible under the cover of a hut in his backyard.

With the missing bullion on their minds, the couple called the police. But despite visiting the property, the police didn’t appear to follow up on the suspicious activity. The man in question, John Palmer, was a local gold dealer. (Palmer would soon be dubbed ‘Goldfinger’ by the British press.) When a warrant for his arrest was issued 14 months later, he fled to Tenerife with his family, but was later deported to the UK over an expired passport.

In court, Palmer confirmed that he was melting gold at that time, but swore he didn’t know it was part of the Brink’s-Mat trove. He was acquitted. But detectives uncovered a more pressing link soon after the heist. The gang’s intimate knowledge of the warehouse indicated that they had a man on the inside.

They soon focused on Anthony Black, a security guard and army veteran. Under questioning, Black eventually told detectives to look for his brother-in-law, Brian Robinson. Later nicknamed ‘the Colonel,’ Brian Robinson was a 40-year-old father-of-two from Bermondsey. He was known to authorities for his long history of armed robbery.

Another figure of interest soon came to light. Robinson’s childhood friend Tony White had only just been released from a 12-year jail sentence for a different heist. “Tony was a rough diamond who was out of his depth,” according to Met Commander Roy Ramm. When Black confessed to aiding the robbers and letting them into the warehouse that fateful morning, detectives soon built a picture of the gang.

Robinson was picked out in a police line-up by one of the Heathrow guards, as were Tony White and one Micky MacAvoy. 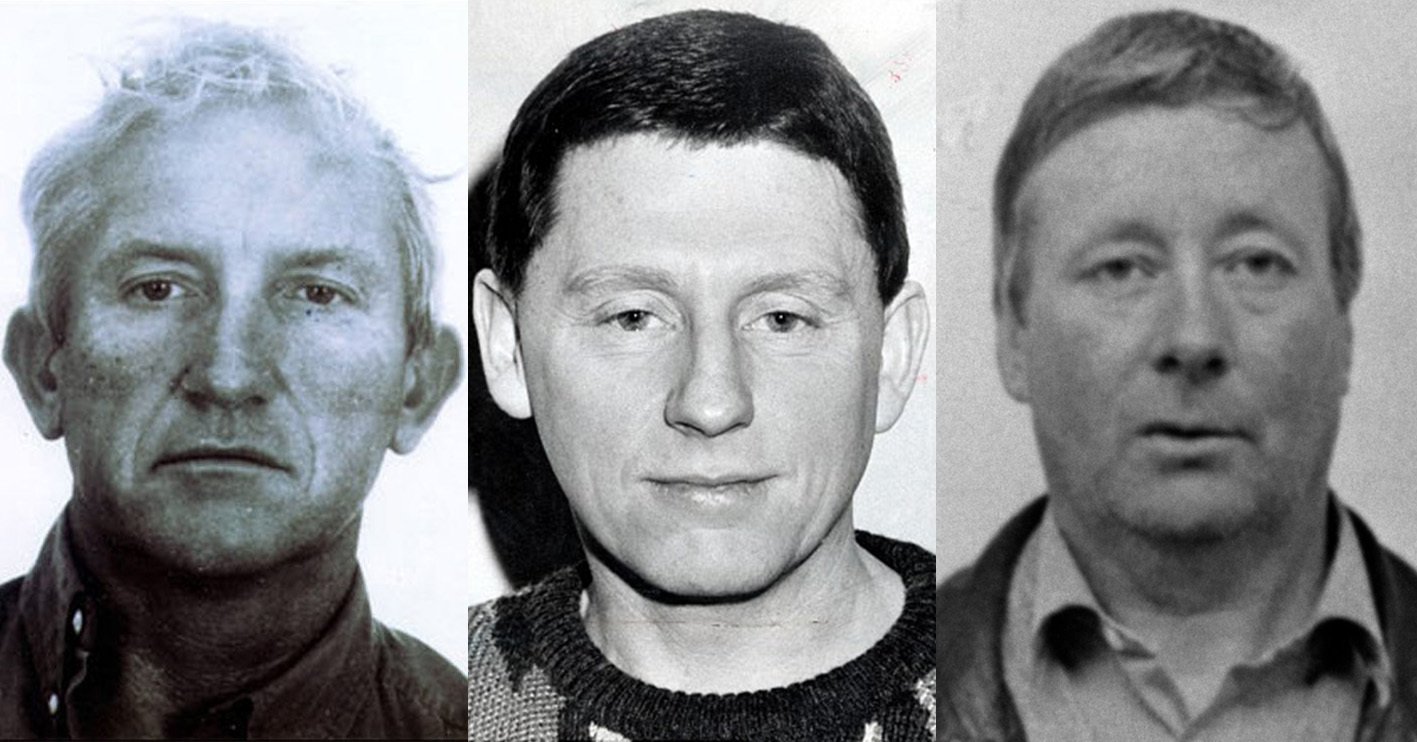 Micky McAvoy was particularly brazen in the aftermath of the Brink’s-Mat robbery. He was a South London gangster known by the nickname ‘Mad’ for his violent outbursts. Described as the ringleader, he moved from his council house into a mansion mere weeks after the heist, and he guarded his new home with two Rottweilers whom he named Brinks and Mat. But McAvoy relied on others to turn the stolen gold into cash.

George Francis was the perfect addition to the team for his underworld connections. He was a prominent gang member, armed robber and drugs trafficker, smuggling cannabis from Pakistan to the UK via clothing shipments.

McAvoy also sought out another accomplice to conceal his stash. Brian Perry was Micky MacAvoy’s trusted friend, and the ideal person to conceal a fortune temporarily. Brian Perry and George Francis in turn sought the help of Kenneth Noye. An expert launderer, Noye was able to make the vast quantities of gold bullion vanish into the underworld.

When police linked Noye to the heist, they began close surveillance. But when Noye discovered police officer DC John Fordham in his home, he stabbed him to death.

Noye was acquitted of murder on the grounds of self defence, but he did land a 14-year prison sentence for his involvement with the gold. McAvoy and Robinson were both sentenced to 25 years in jail, and Black received a six-year sentence. Tony White was acquitted.

Scrap dealer and nightclub owner Patsy Clark ended up with a six-year jail sentence for helping to launder the Brink’s-Mat fortune.

Despite the evidence stacked against him, friends of Brian Robinson are certain he didn’t take part in the heist himself. Robinson claims he was visiting his mother in Kent that morning, giving the impression that he and McAvoy were taking the fall for countless other criminals involved. 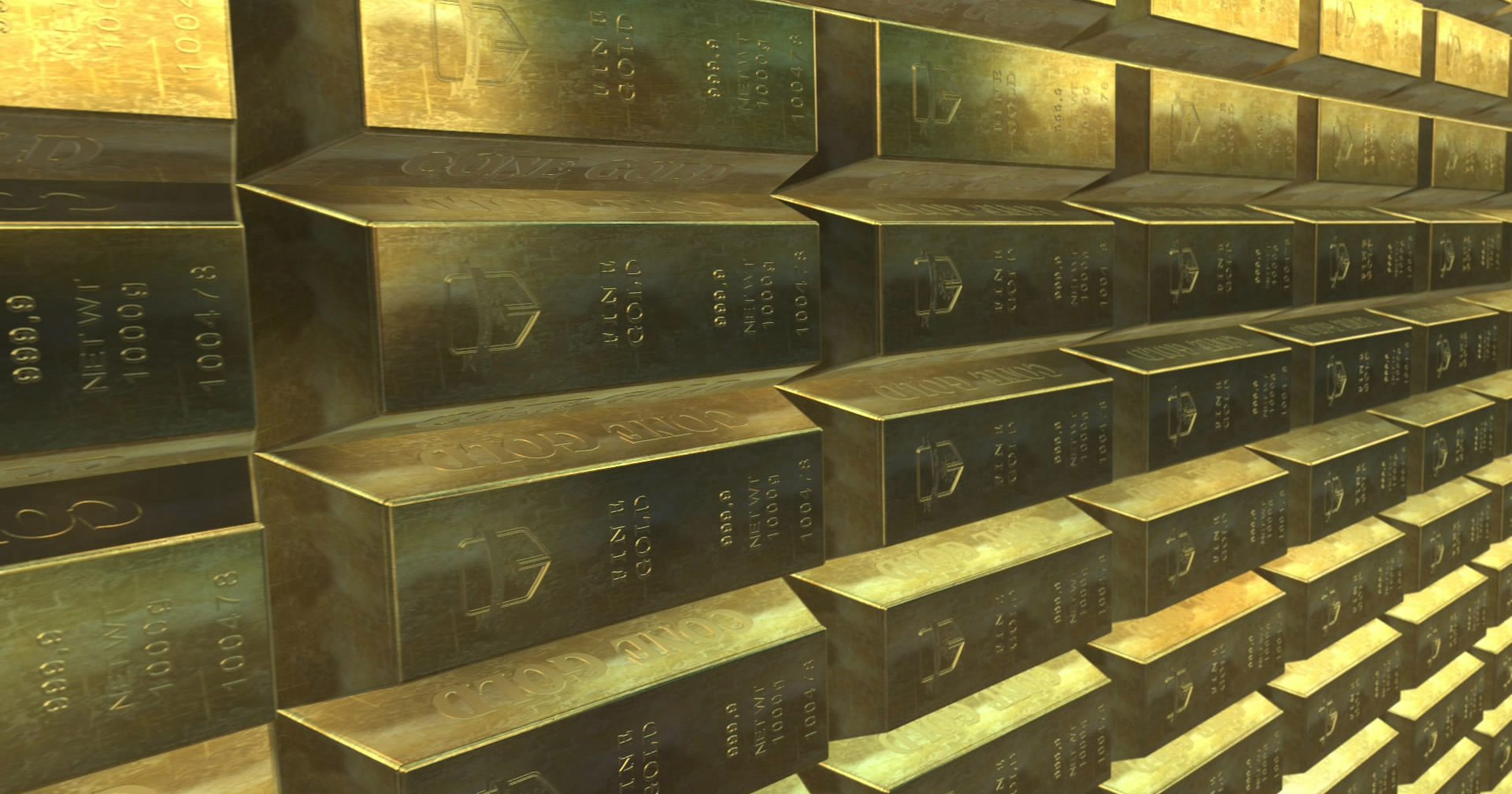 Though most of the men linked to the Brink’s-Mat robbery walked free, many met unusually gruesome fates. The question of whether this is purely down to the violent nature of the robbers’ world, a secret vendetta, or the work of a ‘Brink’s-Mat Curse’, is a source of fascination to this day.

One of the suspected launderers in the case was Charlie Wilson, a resident of Spain. Allegedly he was tasked with investing some of the stolen gold. He was shot dead in 1990. Another launderer involved with this fortune was Donald Urquhart, who was shot dead in London in 1993. What’s more, Londoner Solly Nahome (a Hatton Garden jeweller) was also linked to the gold, and was shot outside his home in 1998.

Brian Perry, McAvoy’s trusted associate, was shot dead in 2001. His other associate, George Francis, met the same fate in Bermondsey in 2003. The most recent victim of this Brink’s-Mat association is the gold dealer John Palmer, who amassed a £300 million fortune over his lifetime through gang crime.

Palmer never served a prison sentence over the Brink’s-Mat robbery. He was shot dead in 2015 and his murderer has never been discovered.

The fate of the fortune 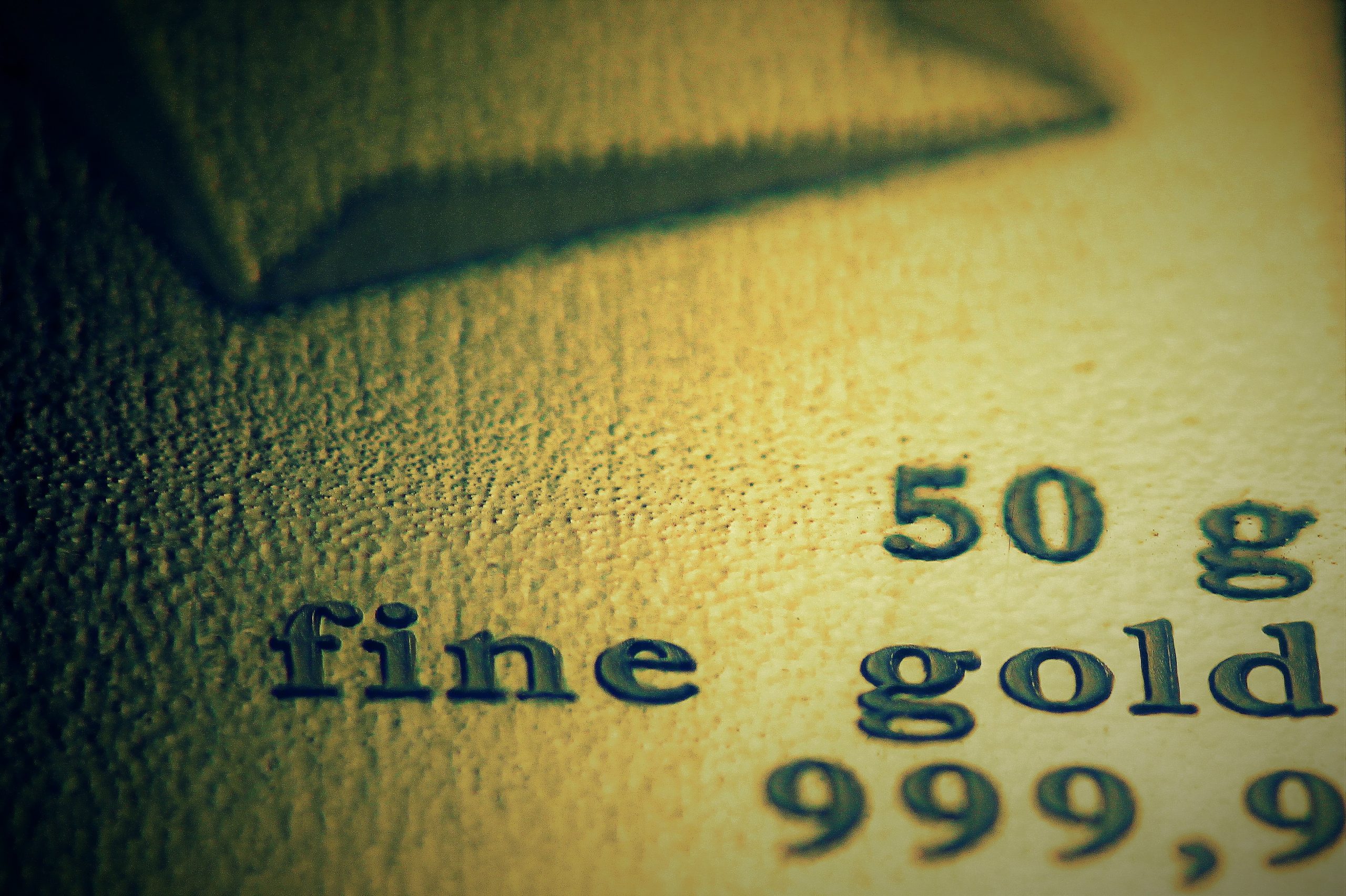 Detectives recovered only 11 gold bars from Kenneth Noye’s house. “There’s been very very little of it recovered. It’s gone back in the market – and you’ve bought it,” explained detective Ian Brown. Melted down and recast, the gold made its way into all kinds of valuable goods.

In 2000, the BBC reported, “It is claimed in some quarters that anyone wearing gold jewellery bought in the UK after 1983, is probably wearing Brinks Mat.”

However, one gang member has made extraordinary claims that the money was stolen in an elaborate scam by Ferdinand and Imelda Marcos, the former president and first lady of the Philippines.

“[They] had stolen the bullion from their own people and were looking for a safe home for the loot in Britain,” the unnamed member told the press in 2001. “The Brink’s-Mat gang was simply hired to retrieve the gold from the Marcos family. All of it was returned to the Philippines for which gang members received substantial payment.”

‘None of the gold remained in this country, that is why the police will never find any of it here,” the person further claimed. “Everything went back, the gold that has been found was not from Brink’s-Mat, and the police know that.”

But the price of this ill-gotten fortune goes far beyond metal, according to Wensley Clarkson, who wrote The Curse of Brink’s-Mat: 25 Years of Murder & Mayhem.

“The tentacles of that crime are enormous,” he has stated. “They spread across many deaths and many continents and there are still reverberations until this day. The early intake of ecstasy into Britain came directly through Brink’s-Mat’s money that was made from the job and then ploughed back into ecstasy, which was a brand new drug. It marked a crossover from robbery to drugs.”