Why Did A Max Headroom Impersonator Hijack American TV?

On November 22, 1987, the television broadcasts of two stations in Chicago were hijacked by an unidentified person wearing a Max Headroom costume. The first incident occurred during independent station WGN-TV’s newscast, when the person dressed as Max Headroom ominously swayed side to side as a loud buzzing noise could be heard in the background. The second incident occurred two hours later during WTTW’s broadcast of Doctor Who, where the masked person spoke incoherently.

Amazingly, although the incident occurred decades ago and was thoroughly investigated by the FCC, the culprits have never been identified and caught. 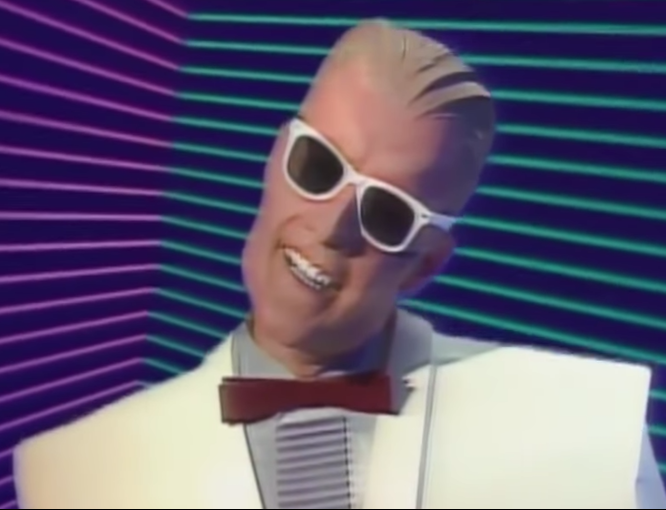 Max Headroom was – briefly – a sensation in the 80s. The character, created by George Stone, Annabel Jankel and Rocky Morton, and portrayed by Matt Frewer, was first introduced in 1985, in the British TV movie Max Headroom: 20 Minutes into the Future. Given his own series, The Max Headroom Show, the same year, Max would become an instantly recognisable pop culture character, eventually getting his own video game and even becoming the face of New Coke.

The first Max Headroom pirate broadcast incident occurred during the sports segment of WGN-TV’s The Nine O’Clock News show. Viewers’ screens went black for 15 seconds before footage cut to a person wearing a Max Headroom costume in front of a panel of corrugated metal.

The Max costume was complete with yellow skin, yellow clothes, and yellow hair. The eerie mask was stuck in a permanent leer, with black sunglasses covering the eyes.

During the first incident, the person did not speak. The panel behind them rotated while they swayed erratically from side to side, accompanied by a staticky buzzing noise in the background. 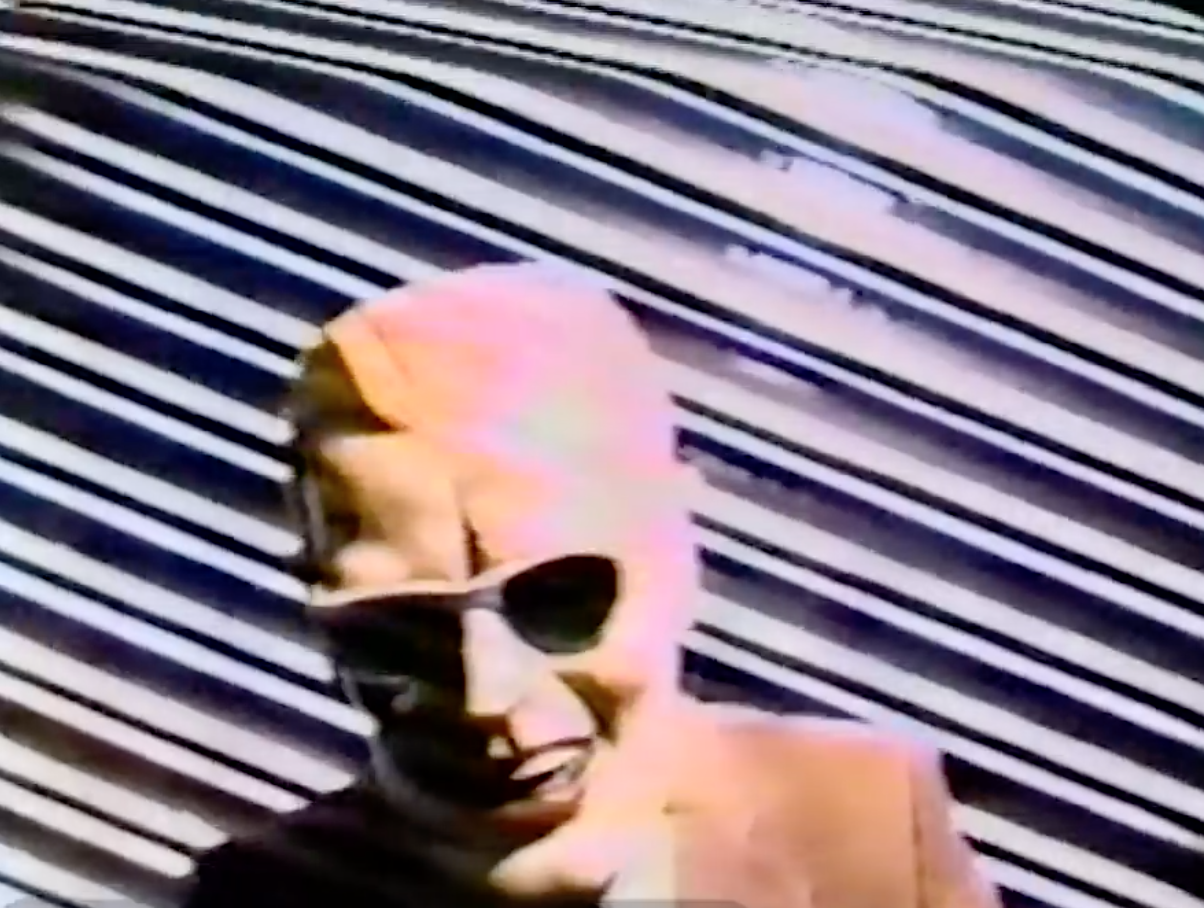 The incident lasted for about 28 seconds. When WGN regained control of the broadcast, news anchor Dan Roan joked: “Well, if you’re wondering what’s happened, so am I.” He added that the computer broadcasting the show “went wild.” Roan then proceeded to restart his report on a Chicago Bears game.

Speaking to Motherboard in 2017, Roan recalled the incident. “To be perfectly honest, I would probably never give [Max Headroom] a second thought, beyond the fact that people email me or call me [about it] probably four, five times a year,” he said. “So it certainly had an impact on somebody. Maybe not quite so much on me.”

The second incident occurred at about 11:20pm on local PBS station WTTW. The station was broadcasting an episode of Doctor Who titled Horror of Fang Rock when the Max Headroom impersonator interrupted the show.

This time, ‘Max’ spoke (although with distorted audio so as to conceal his identity.) Although it is hard to make out what the hijacker is saying, he can be heard making comments about WGN sportscaster Chuck Swirsky and saying “catch the wave” – a slogan from the Max Headroom Coca-Cola campaign. 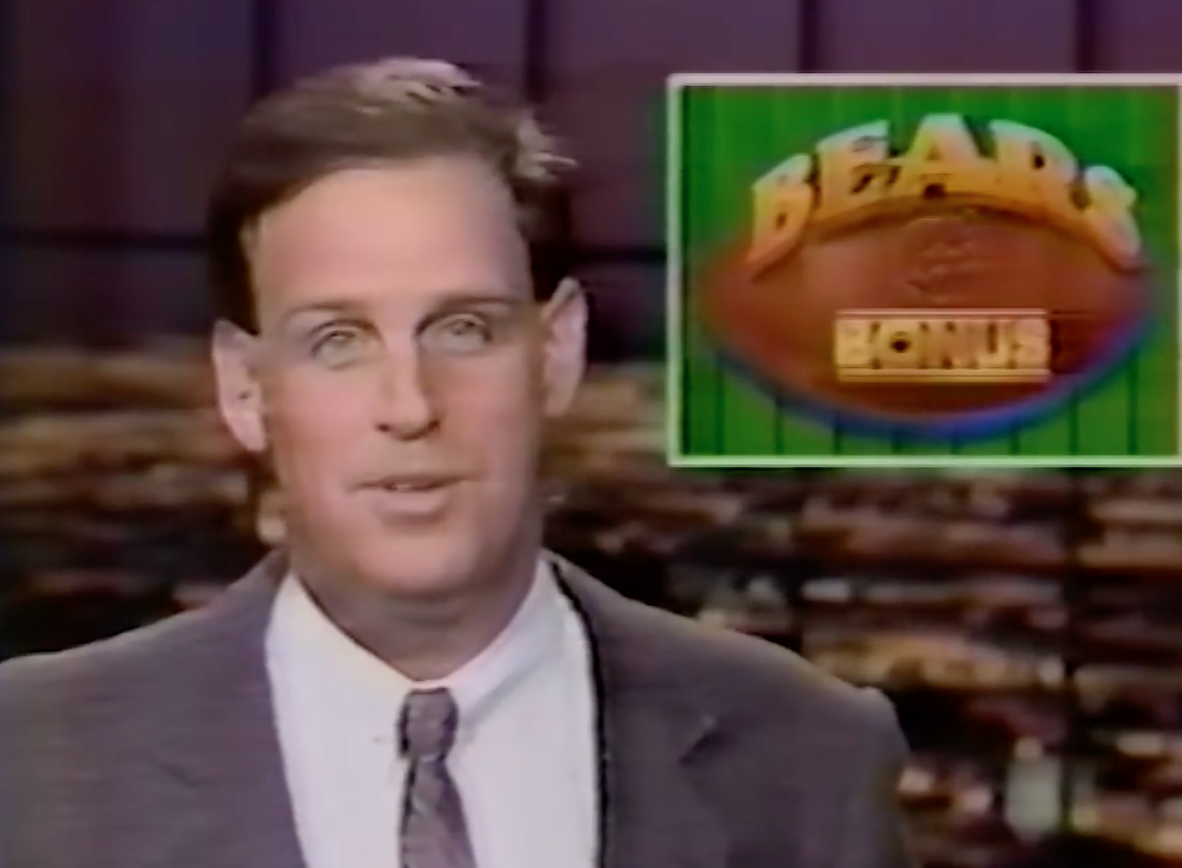 Speaking to Motherboard in 2017, Swirsky revealed that he was “baffled” by being named by the hijacker. “I was just baffled, stunned, flabbergasted,” he said. “I still to this day don’t understand why my name was used. Even though I’m a sportscaster, I keep a very low profile. It’s not like I’m out there pontificating politically.”

The hijacker also said other random phrases such as “your love is fading” and “I still see the X!” ‘Max’ also feigned defecation before announcing that he had “made a giant masterpiece for all the Greatest World Newspaper nerds.”

Towards the end of the second video, a female figure could be seen hitting the hijacker’s buttocks with a flyswatter. The image faded briefly into static before the Doctor Who broadcast resumed after a total break of about 90 seconds.

The second incident only ended when the hijackers decided to end their transmission. Technicians at WTTW’s studios were unable to counteract the hijacking; according to station spokesman Anders Yocom, technicians “attempted to take corrective measures, but couldn’t.”

Air director Paul Rizzo claimed that “as the content got weirder we got increasingly stressed out about our inability to do anything about it. Yocom added that “by the time our people began looking into what was going on, it was over.” WTTW received many phone calls from viewers who were wondering what had happened after the incidents.

Experts deduced that the hijacking could have only been achieved by someone with an expert-level knowledge of broadcasting and a “significant amount of [transmitting power].” They figured out that the broadcast probably originated from somewhere in downtown Chicago.

Amazingly, to this day no one has ever claimed responsibility for the hijacking. In the decades since the stunt, people have theorised that the hijackers were disgruntled current or former WGN employees, or else members of Chicago’s hacker community.

However, the formal investigation led by the Federal Communications Commission (FCC) came to no definitive conclusions about the hijackers or their identities. 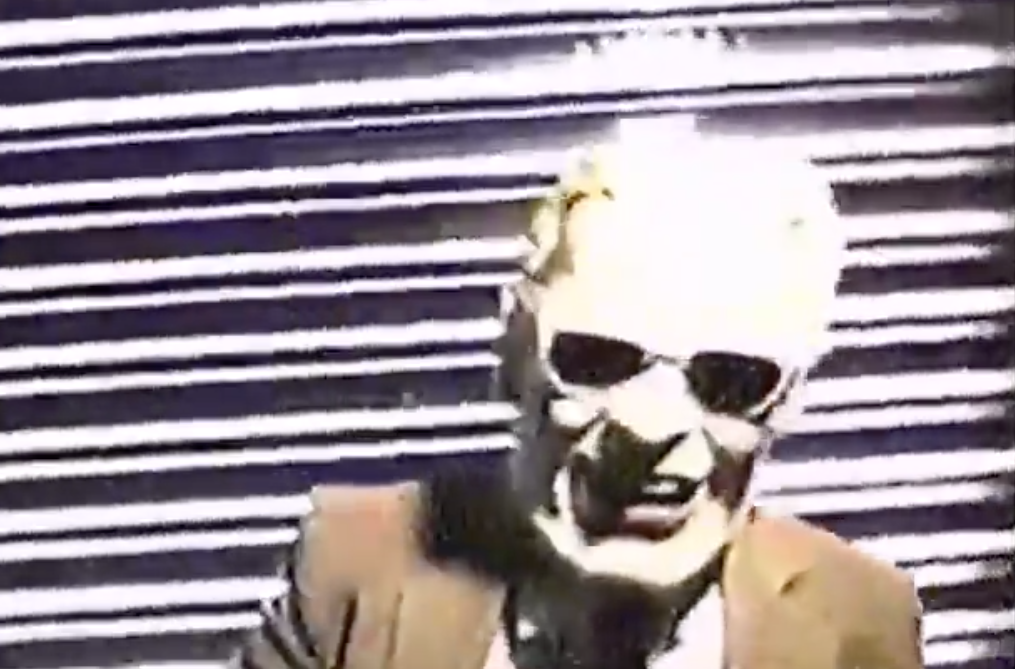 Shortly after the incident, an FCC official stated that those responsible for the hijacking faced a maximum fine of $100,000 and up to one year in prison – however, due to the five-year statute of limitations, the hijackers would no longer face punishment if they came forward today.