A ‘Wonder of the Modern World’, the Channel Tunnel’s smooth operation today belies a challenging history. From fire and snow to fears of Soviet invasion, this multi-billion-pound project has had its fair share of mystery and tragedy.

1 December, 1990 saw Englishman Graham Fagg and Frenchman Phillippe Cozette finally break through in Britain and France’s joint tunnelling efforts, connecting two nations that had warred for hundreds of years. On this anniversary, we’re taking a closer look at the secret history of the world-famous Chunnel. 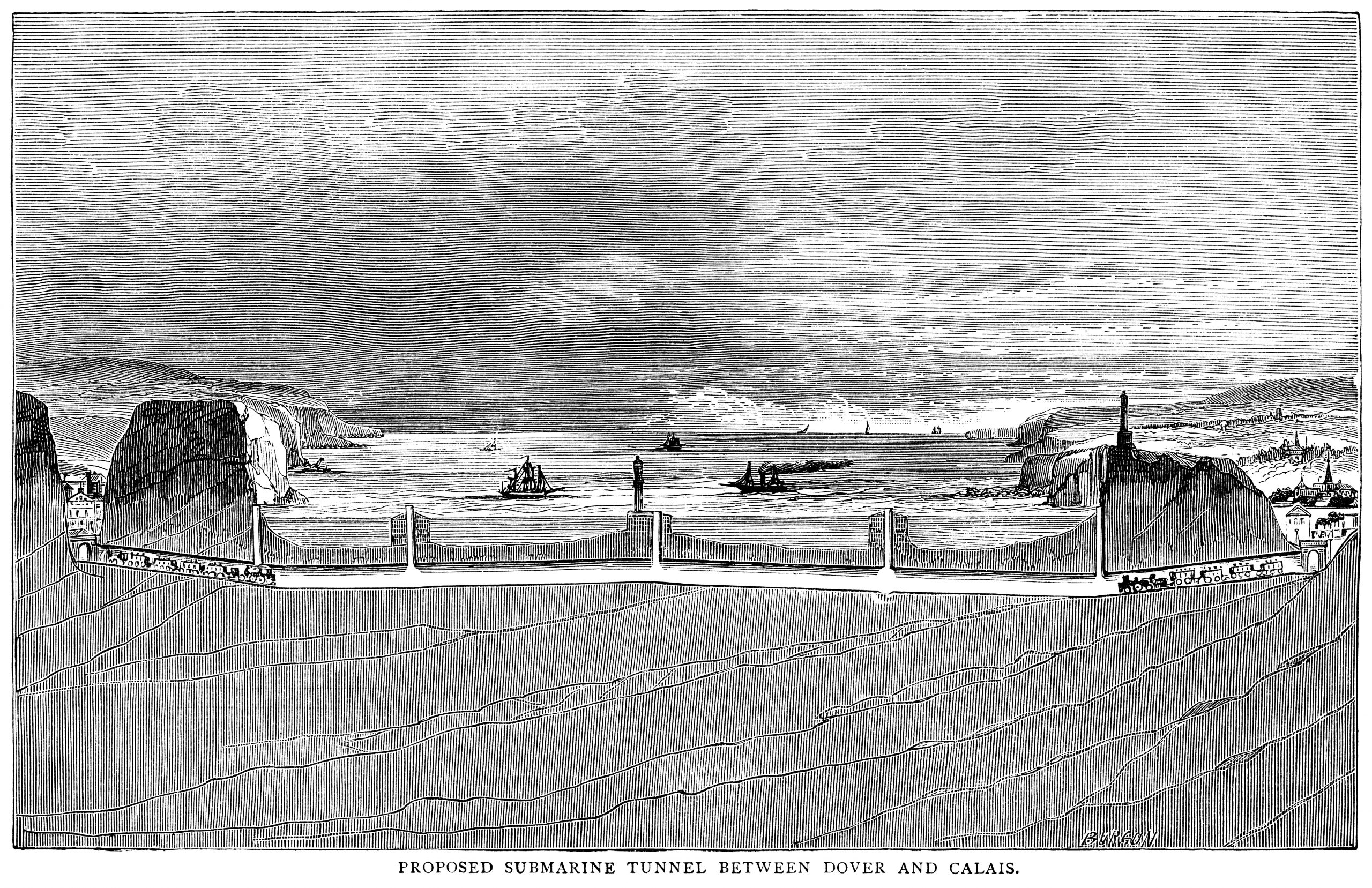 At 31.4 miles long, the Channel Tunnel stretches from Folkestone, a Kentish seaside town, to Coquelles in France. An incredible feat of engineering, it remains the longest stretch of undersea tunnel in the world.

It’s no surprise, then, that engineers spent over a century puzzling over the prospects of a subterranean link between England and France.

In 1751, imaginations were ablaze at the Academy of Amiens. A competition was held to find new and improved methods for crossing the English Channel – and the winner, Nicolas Desmarets, proposed a tunnel.

Albert Mathieu-Favier, a French engineer, drew up a highly creative plan back in 1802. He proposed a tunnel for horse-drawn carriages under the Channel, lit with oil lamps. Particularly striking in his design was a midway break point: an artificial island where you could change horses.

Mathieu-Favier’s plan was sadly shelved as the French Revolutionary Wars broke out, putting France and Britain at war. But his idea was not forgotten. The tunnel’s possibilities for trade and travel, not to mention the diplomatic project between two of history’s greatest rivals – these were opportunities that attracted many French and British leaders. 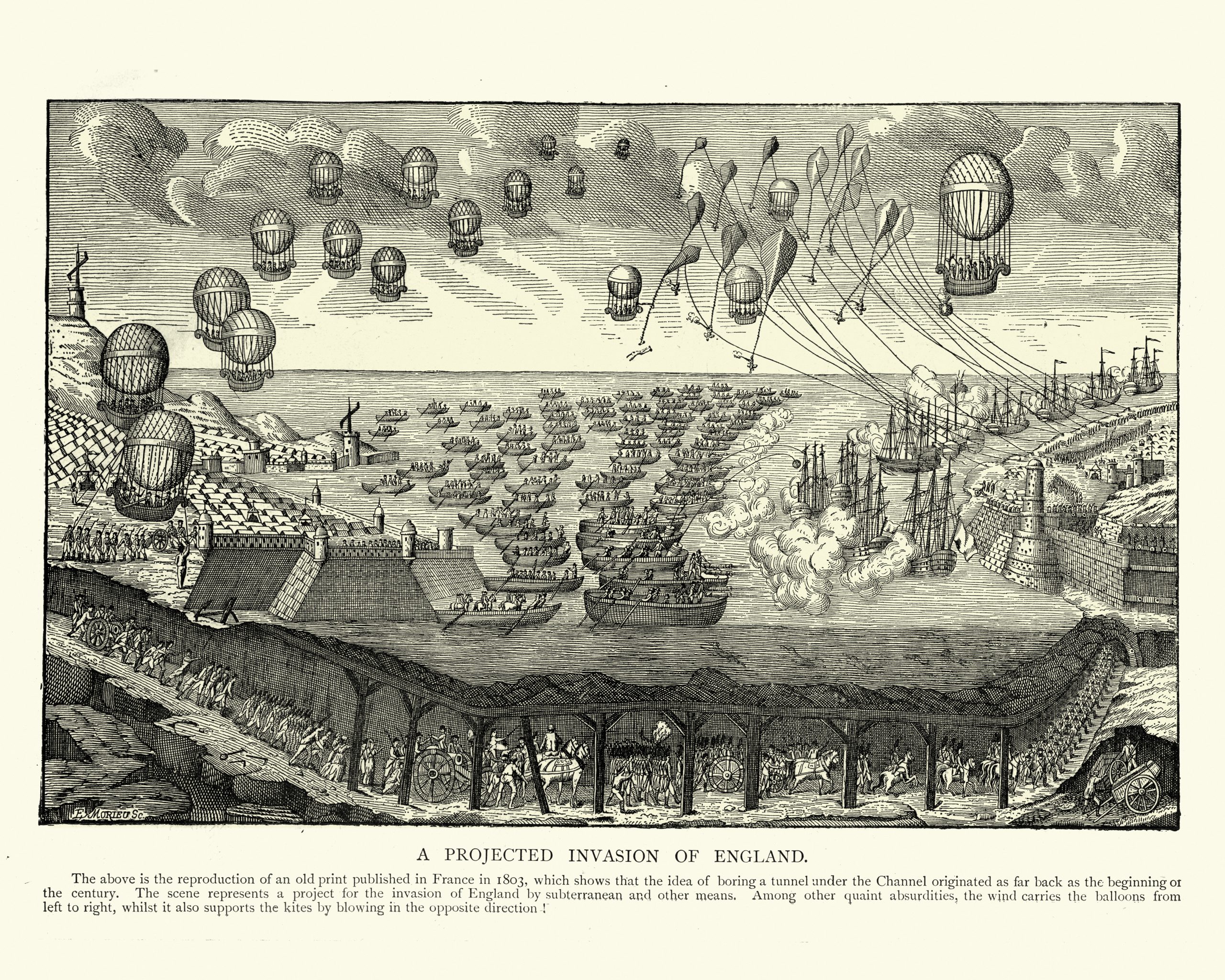 Napoleon and William Gladstone would consider Channel Tunnel plans in the 1950s and 60s. PM David Lloyd George even raised the theoretical Chunnel at the Paris Peace Agreement after World War I.

But just as many saw the Chunnel as an opportunity, others saw the idea as a threat to national security.

Historian Keith Wilson has described one Maurice Hankey, the British Secretary of the Committee of Imperial Defence, as the ‘demon king’ of the Channel Tunnel proposal. 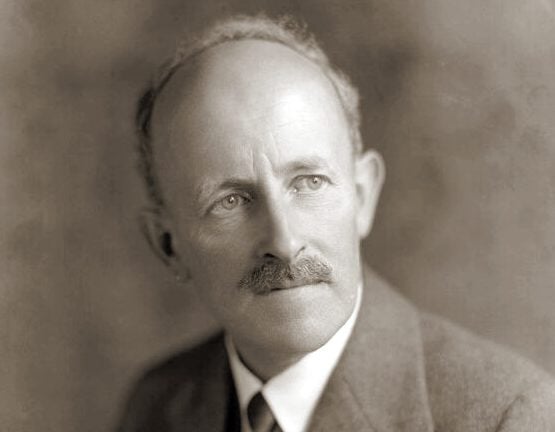 Hankey fought ferociously with Winston Churchill over the tunnel, fearing for national security during World War II. Though the topic divided British MPs at the time, no one was pleased to hear the estimation that Hitler could build two Channel tunnels in 18 months with slave labour.

Even beyond WW2, the idea took hold that any Channel Tunnel – no matter how costly – needed an emergency self-destruct option. 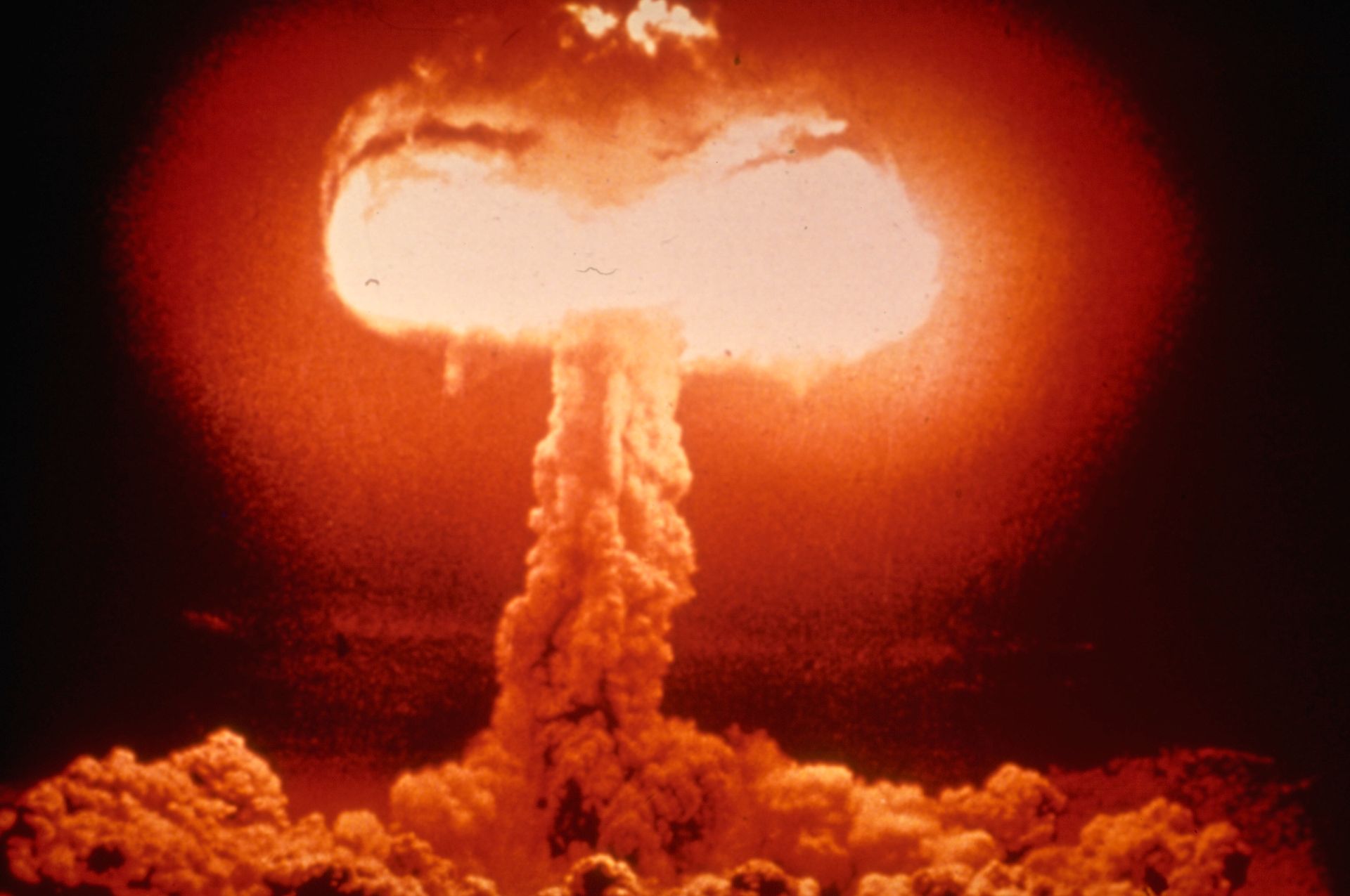 Post-war security and extensive geological surveys of the Channel helped the tunnel plan to gain traction in the 1950s. Both nations appeared keen on the connection once again.

Long before any digging began, however, the British government was already considering what the Channel Tunnel would risk in the midst of the Cold War.

It was revealed in 2017 that the Government had a top-secret emergency plan for the tunnel in the 1950s: If the Soviet Union ever invaded France, Britain could protect itself by destroying the Channel Tunnel with an atomic bomb. 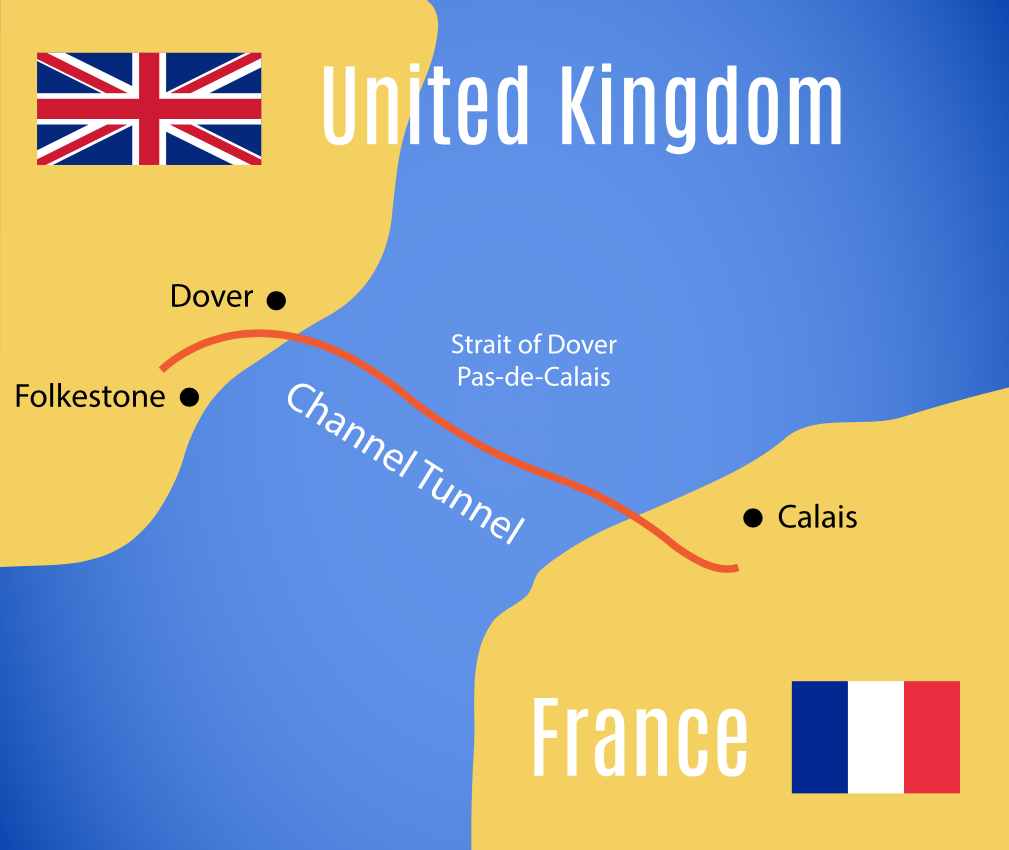 The plan, created by MoD civil servants and military officers, concluded nuclear destruction would be “100 per cent effective” at creating “totally irreversible total collapse, rupture [of] tunnel and seabed to cause total flooding and complete collapse of part of tunnel.”

They planned this extreme option because the structural integrity of the planned tunnel would be so great, any force short of nuclear power would not create enough damage.

Eventually, this nuclear plan was abandoned in 1974, as MoD official Michael Legge concluded that the tunnel could be blocked at far less expense by simply flooding it.

In the meantime, the Channel Tunnel was once more abandoned as the Labour Party harboured doubts about whether Britain would stay in the European Economic Community – a predecessor of the European Union.

‘No longer an island’ 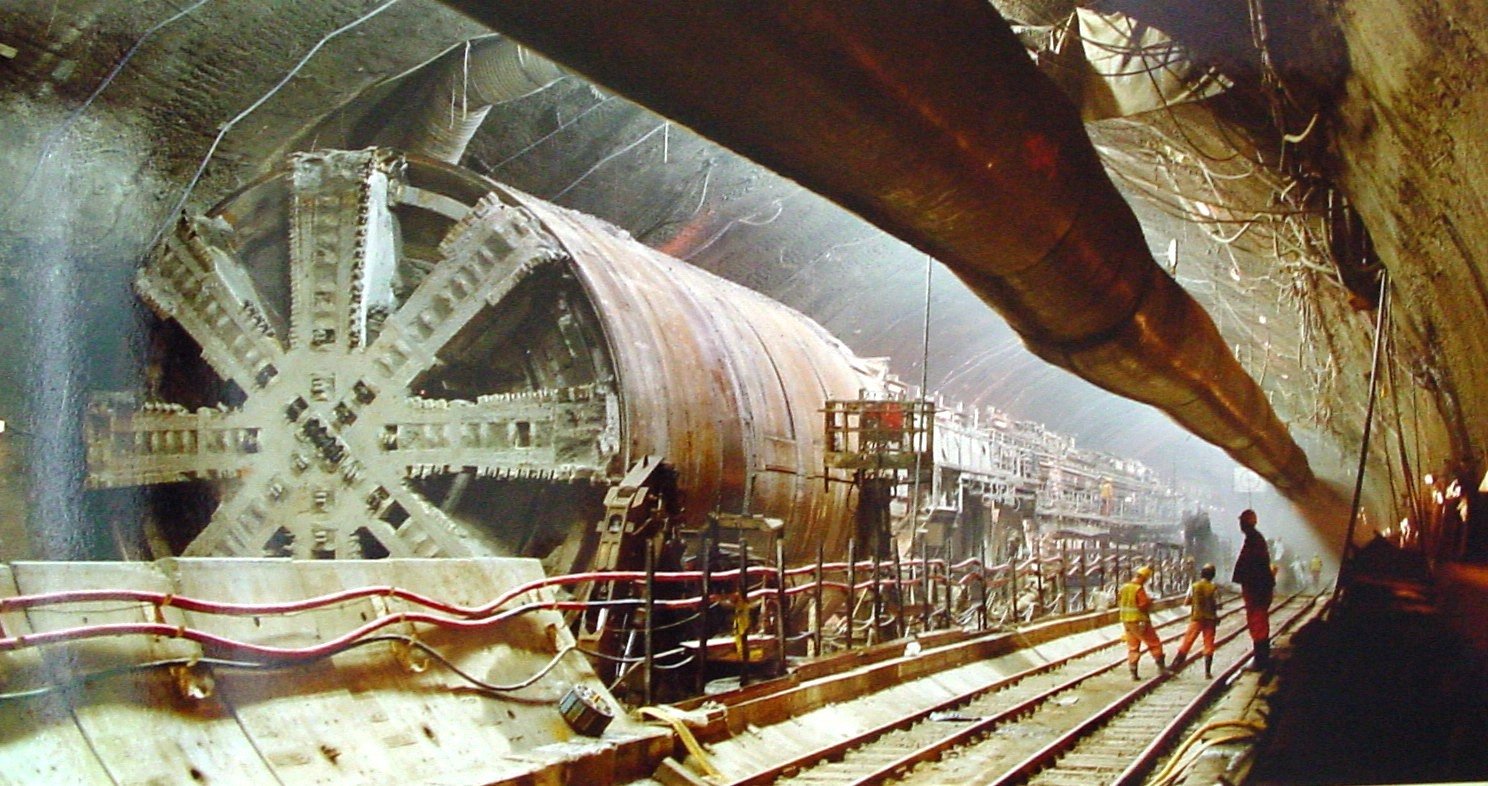 At long last, in January 1986, British and French officals agreed on a rail tunnel to connect the two nations. Construction fell to the British Channel Tunnel Group and the French group France-Manche. This historic deal was signed at Canterbury Cathedral.

It was at the time the most expensive construction project ever, with a final cost of £9 billion. (That’s equivalent to around £16 billion today.)

Eleven tunnel boring machines were used from both sides of the Channel to create two rail tunnels and one service tunnel. The dig was a dangerous process, with ten workers killed in accidents between 1987 and 1993.

The service tunnel was the first section to break through. In a highly televised moment, Graham Fagg and Phillippe Cozette broke the last few inches of the chalk marl together on 1 December, 1990. 13,000 workers from Britain and France worked on the tunnel – but Fagg, a TBM operator, was ultimately chosen for this historic scene as his name was picked out of a hat. 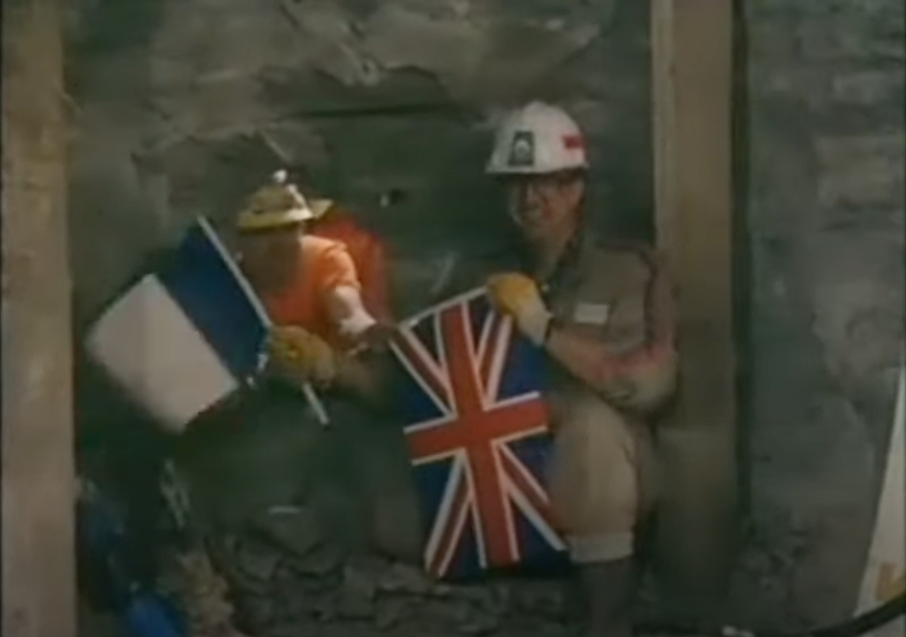 The BBC described Fagg as “the first man to cross the Channel by land for 8,000 years.” Meanwhile, The Guardian declared that Britain was “no longer an island” thanks to the Channel Tunnel. 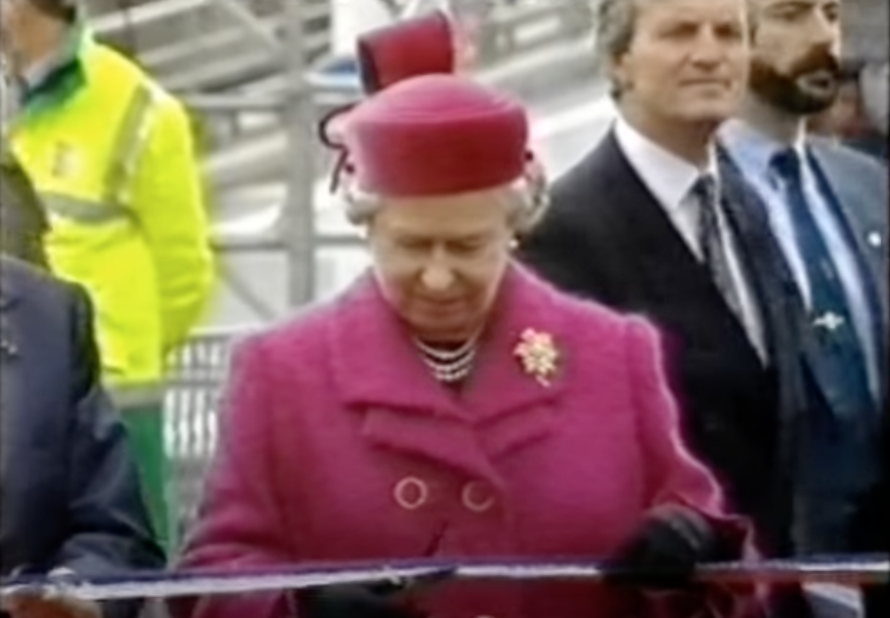 The Queen arrived at Calais via the brand-new Eurostar, where she made a speech that nodded to the Tunnel’s uncertain history. “Enterprises of this scale and scope have always shared an element of the unpredictable,” she said.

Members of the general public first set foot on the Eurostar on 14 November 1994, and the very first freight train to use the Channel Tunnel carried Rovers and Minis from Britain to Italy. 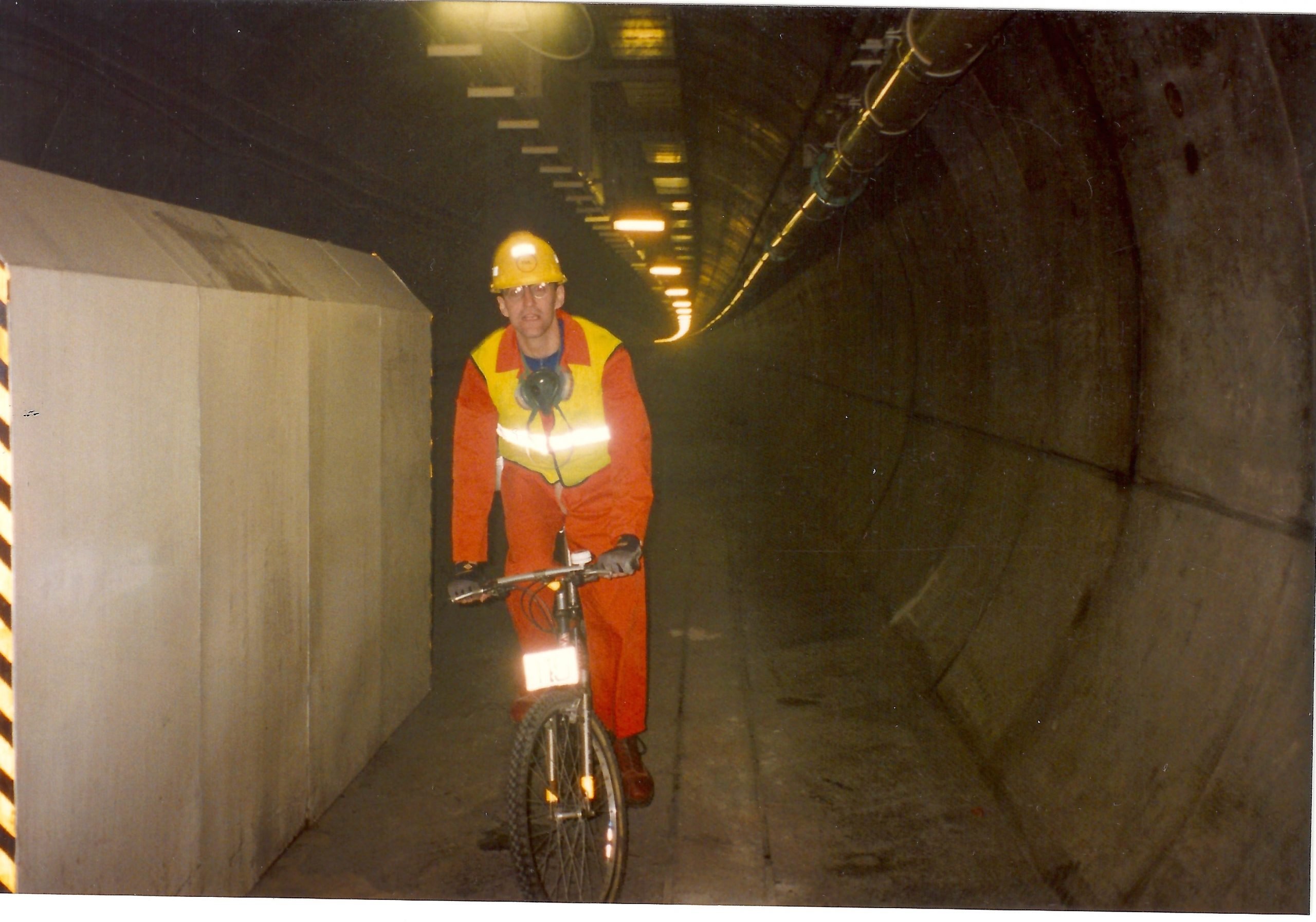 The Channel Tunnel quite literally underwent a baptism of fire in its early decades. It has suffered three fires, all of which broke out on the heavy goods vehicle shuttles.

On one occasion in February 1996, around 1,000 passengers found themselves trapped in the Chunnel because the trains broke down. Snow and ice were blamed for the issues, as they had melted onto circuit boards and caused electronic failures. 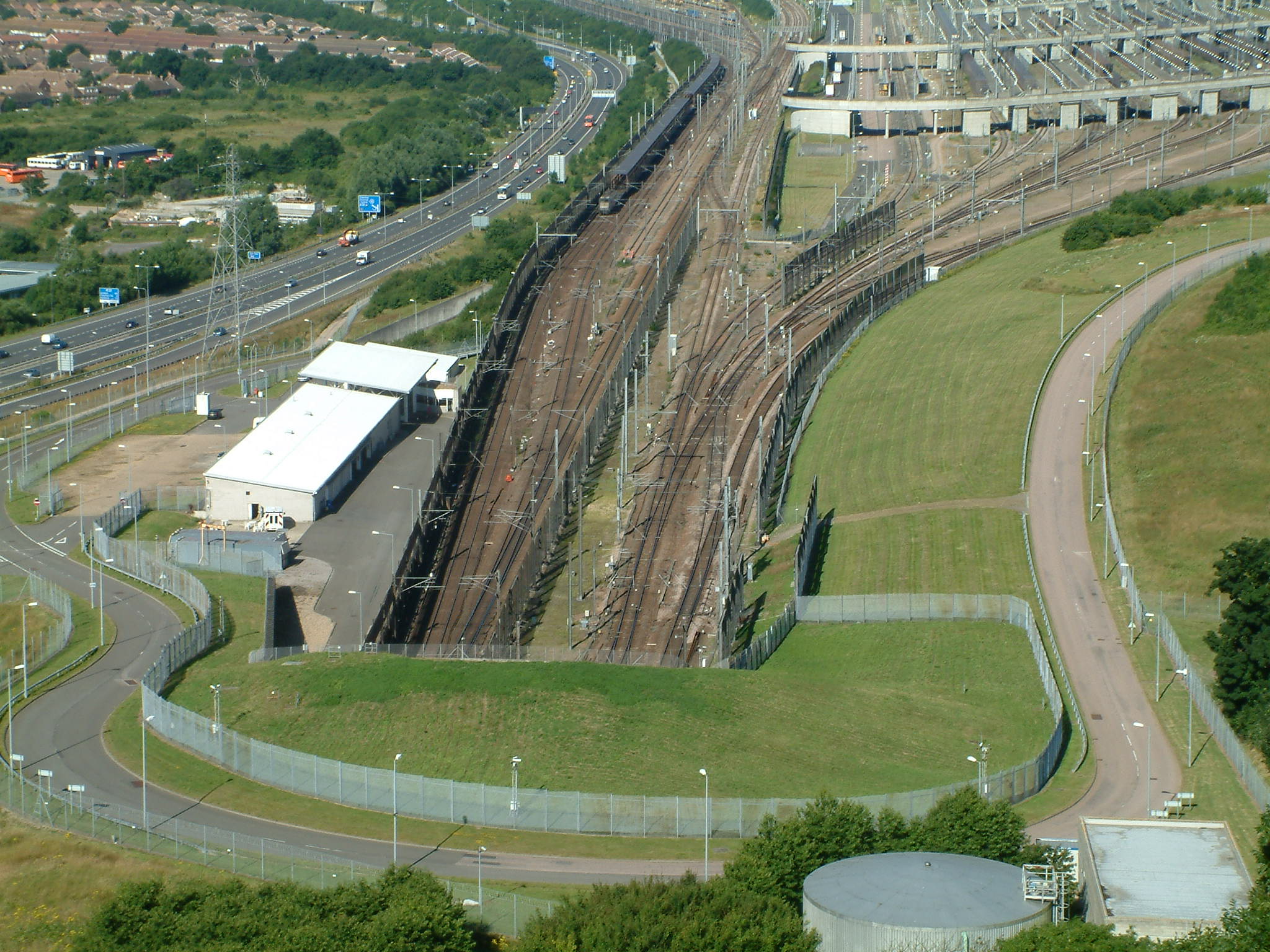 Nevertheless, in 2015, the Sudanese refugee Abdul Rahman Haroun managed to walk the entire length of the tunnel, only to be arrested in Folkestone.

Despite this troubled history, the Channel Tunnel remains for many a sign of hope for international diplomacy and co-operation. 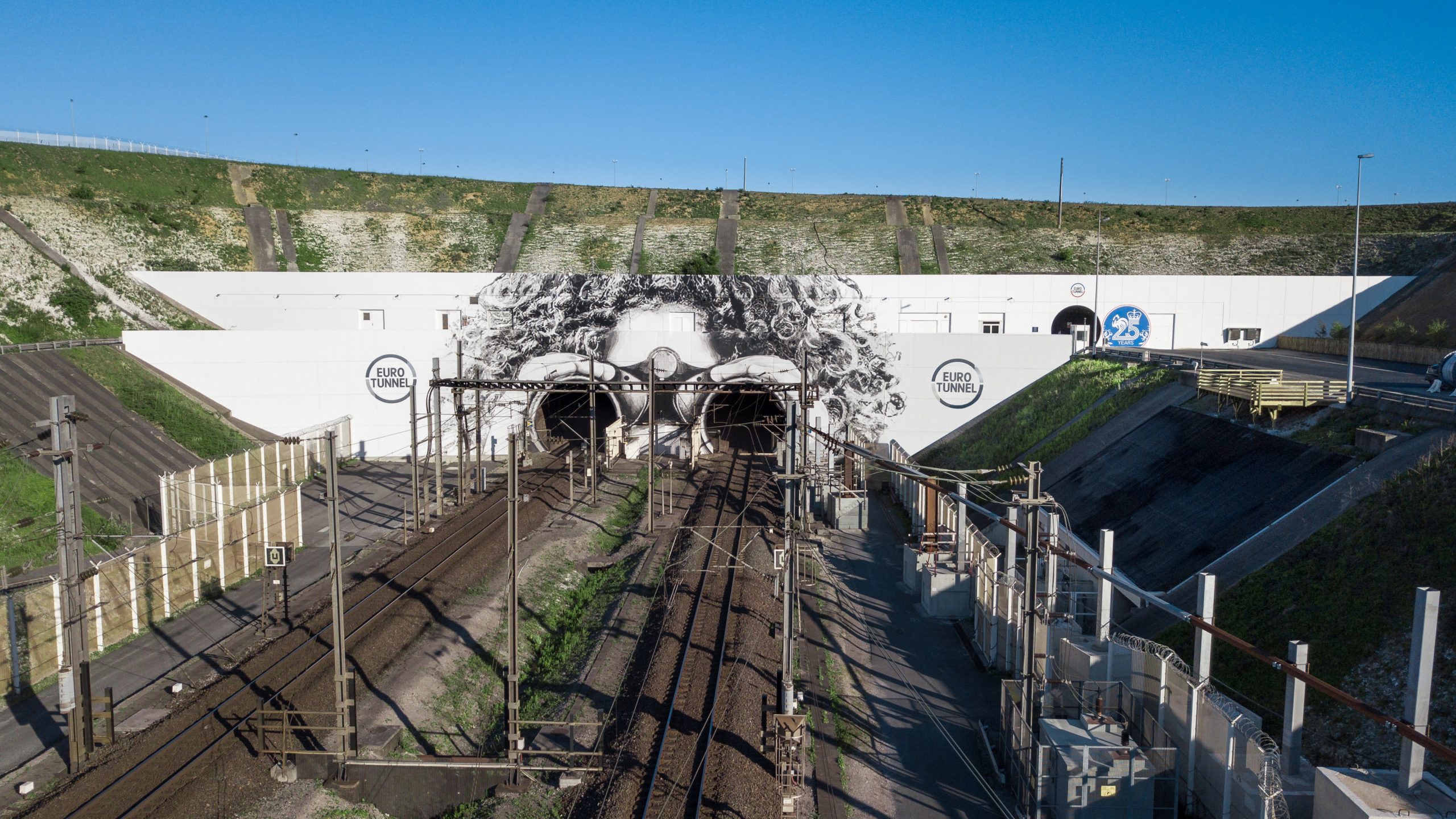 In 2019, Graham Fagg – now a noted Eurosceptic – reflected on the historic project, describing it as one of the world’s “greatest achievements”. He also stated of Brexit, “I don’t think it will drive the English and French apart.”

“It’s a great engineering feat,” the now grandfather-of-four has commented on the Channel Tunnel. “It’s good that people enjoy it.”

He also reflected on the long connection he’s formed with Philippe Cozette since that historic date in 1990. He has visited Cozette’s home near Calais several times over the decades.

Reminiscing about their enduring friendship, Cozette has said of Fagg, “I don’t really speak English and he doesn’t speak French at all, but still we understand each other.”