Muhammad Ali, born Cassius Marcellus Clay Jr, was known as The Greatest for a reason. Arguably the best boxer of the 20th century, Ali to this day is frequently named as the greatest heavyweight of all time. His career, however, ended with a whimper. Having announced his retirement in July 1979, Ali made an ill-advised comeback in 1980 – at which point he had visibly started to suffer with the Parkinson’s that would affect him for the rest of his life. 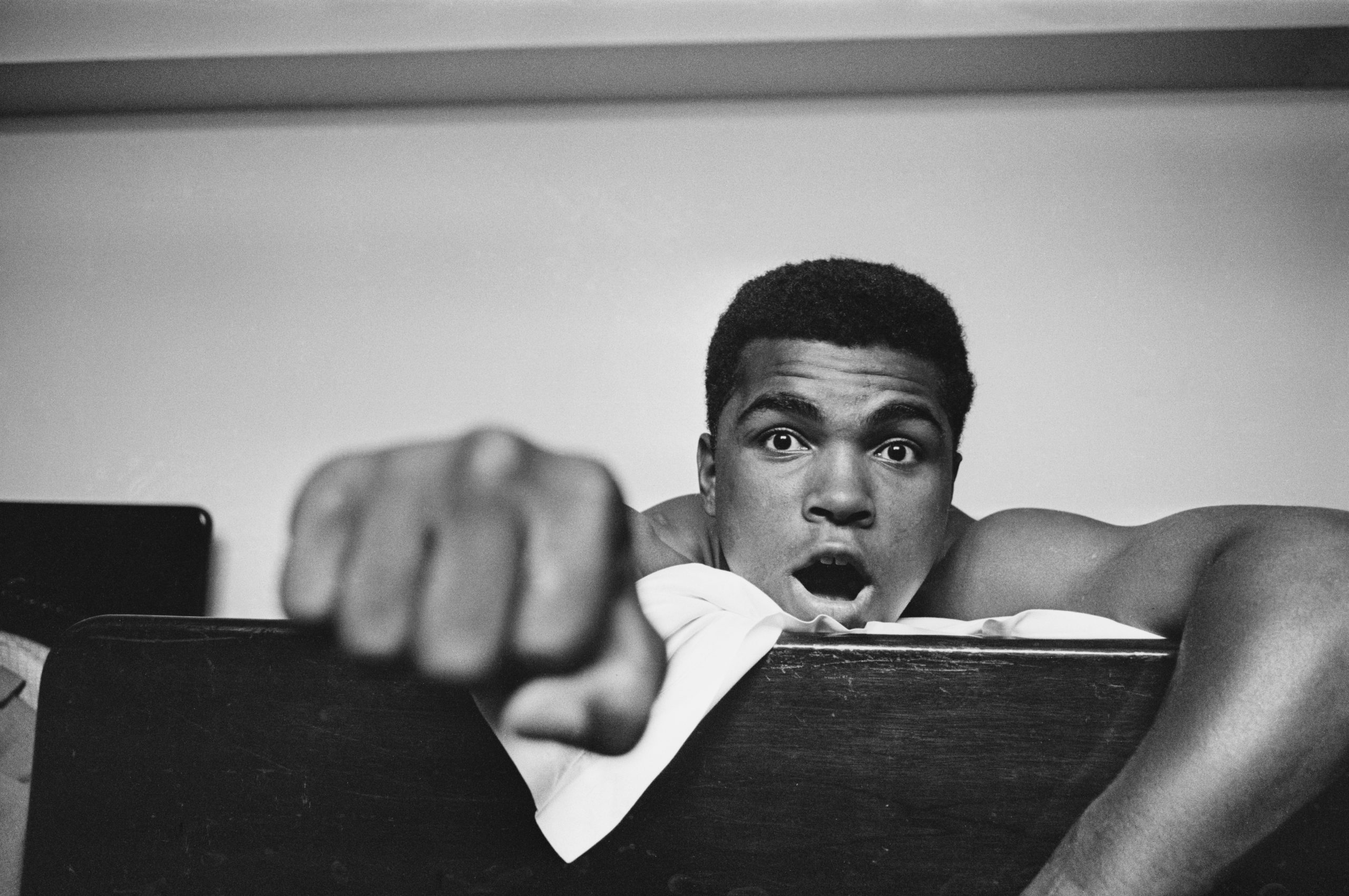 Ali was born on January 17, 1942. He was originally named Cassius Clay, after his father, who in turn was named after a famous emancipationist from Kentucky. Raised in Louisville, Kentucky, the young Ali trained as a boxer from the age of 12, taught by police officer and boxing coach Joe E Martin.

Martin first encountered the adolescent Ali as he was seething with rage after a thief stole his bicycle. Ali reportedly told Martin that he was going to “whup” the thief, to which Martin replied that he had better learn how to box first. It soon became apparent that the boy was destined for a bright future in boxing. Martin guided Ali for the next six years and accompanied him to the 1960 Olympic Games in Rome, where Ali won the light heavyweight gold medal. 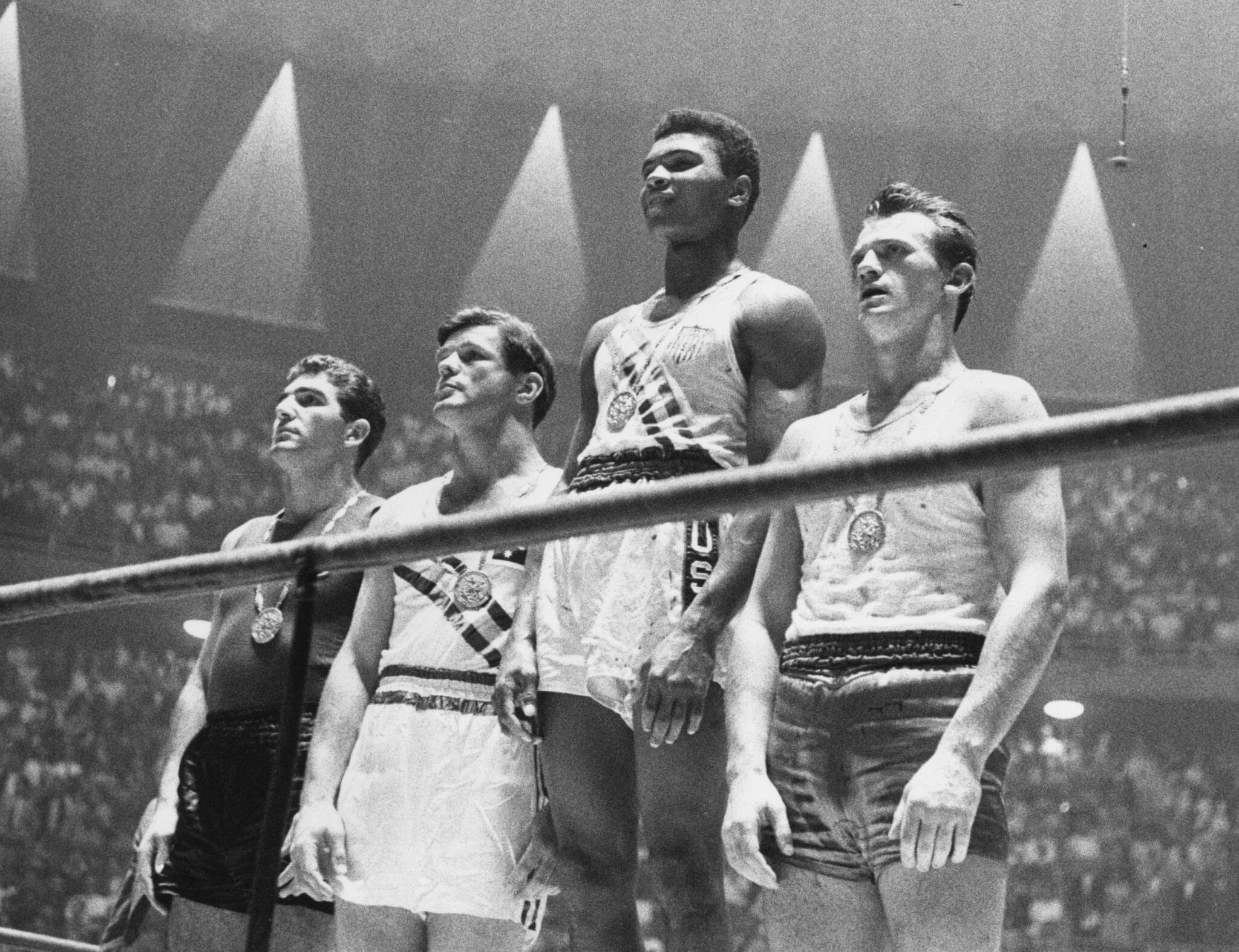 Ali then made his professional debut on 29 October 1960, winning a six-round decision over Tunney Hunsaker. Hunsaker was impressed by Ali’s performance – after the fight he said: “Clay was as fast as lightning […] I tried every trick I knew to throw at him off balance but he was just too good”.

By the end of 1963, Ali had a record of 19–0 with 15 wins by knockout. He defeated celebrated boxers such as Tony Esperti, Doug Jones and Henry Cooper. He even went on to beat veteran boxer Archie Moore in a 1962 match. Ali became famous for trash-talking his opponents: he called Jones “an ugly little man” and Cooper a “bum.” 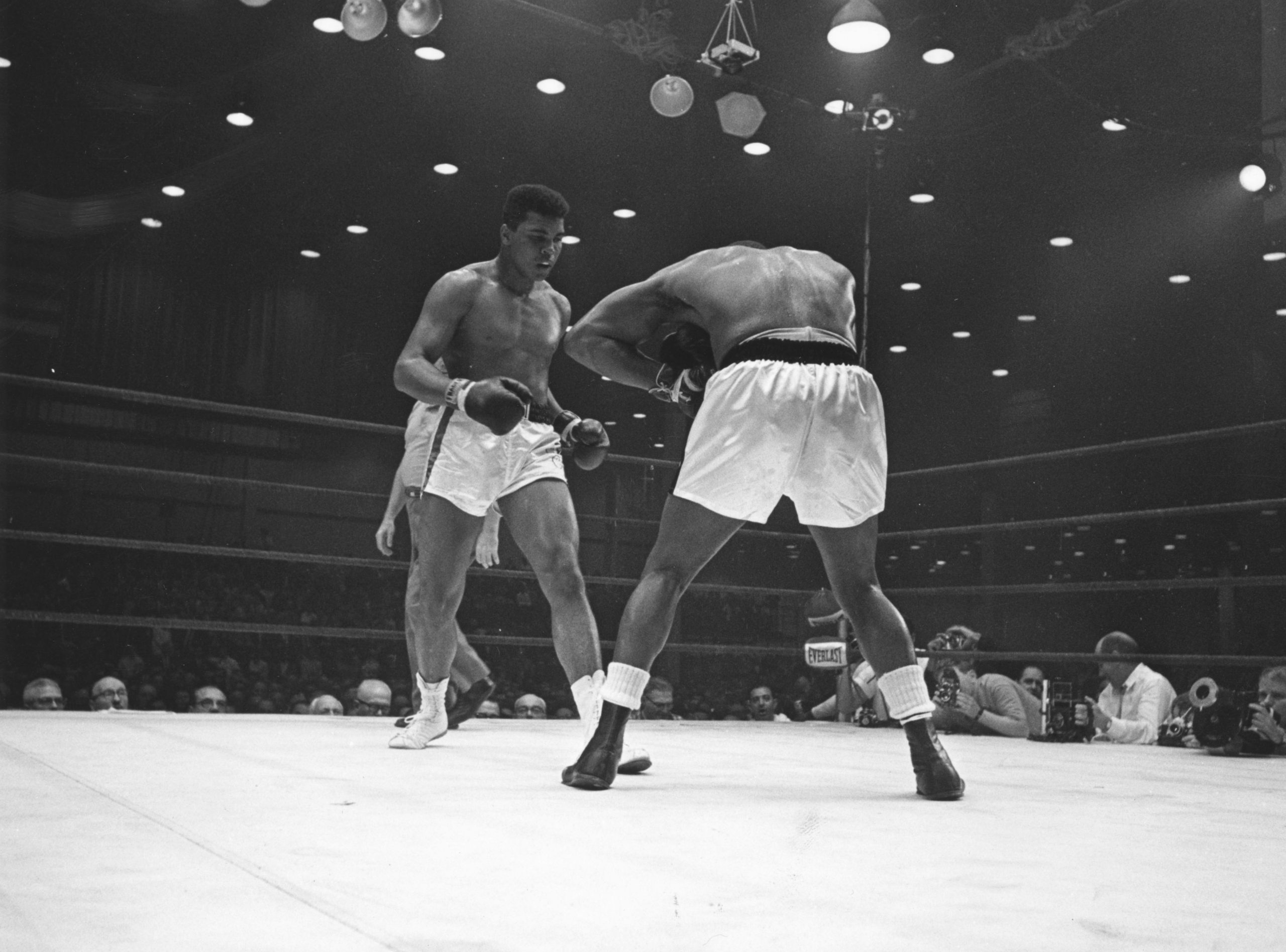 Ali’s most famous quip came before a 1964 match against Sonny Liston. When asked about his plan for beating the supposedly “unbeatable” world heavyweight champion, Ali said: “Float like a butterfly, sting like a bee. Your hands can’t hit what your eyes can’t see.” Liston was 32 years old at the time of this fight. Ali went on to win the fight against Liston, and beat him again a year later in 1965, unseating Liston from his title as the greatest boxer in the world.

In March 1964, the champ announced that he had joined the Nation of Islam, a religious and political group in the US dating back to the 1930s. Cassius – who had been named after his father – also announced his new name: Muhammad Ali, chosen by his spiritual mentor Elijah Muhammad.

Ali enjoyed a successful career throughout the 60s and early 70s. He suffered his first loss in 1971 against Joe Frazier, and the second in 1973 against Ken Norton, who broke Ali’s jaw in the fight. In his entire career, Muhammad Ali only ever lost five fights. 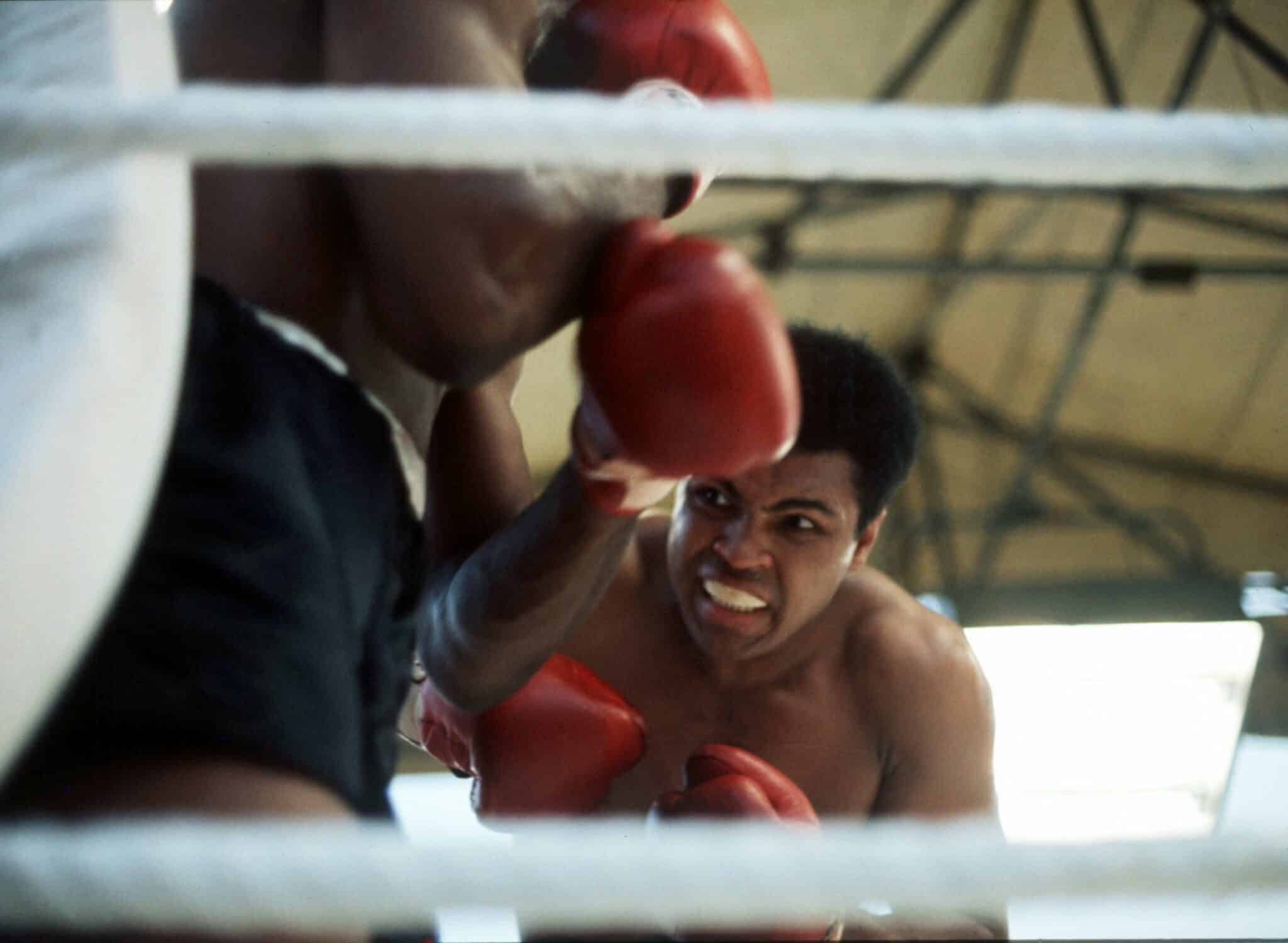 Ali fought Frazier again in January 1974 and won, then went on to fight George Foreman in the Rumble in the Jungle match in October 1974. Before the match, Ali told the media: “I’ve done something new for this fight. I done wrestled with an alligator, I done tussled with a whale; handcuffed lightning, thrown thunder in jail; only last week, I murdered a rock, injured a stone, hospitalized a brick; I’m so mean I make medicine sick.”

Ali went on to win the fight. Foreman later admitted he’d underestimated Ali: “I thought Ali was just one more knockout victim until, about the seventh round, I hit him hard to the jaw and he held me and whispered in my ear: ‘That all you got, George?’ I realized that this ain’t what I thought it was.”

Behind the scenes, years of boxing and head injuries were taking their toll on the fighter, and may have contributed to his later Parkinson’s syndrome symptoms. According to biographer Jonathan Eig, “Ali did damage to himself and he knew it and kept boxing too long, but he didn’t have the information we now have about CTE (a degenerative brain condition associated with head injuries) – you don’t have to wait until you’re middle-aged to stop.” 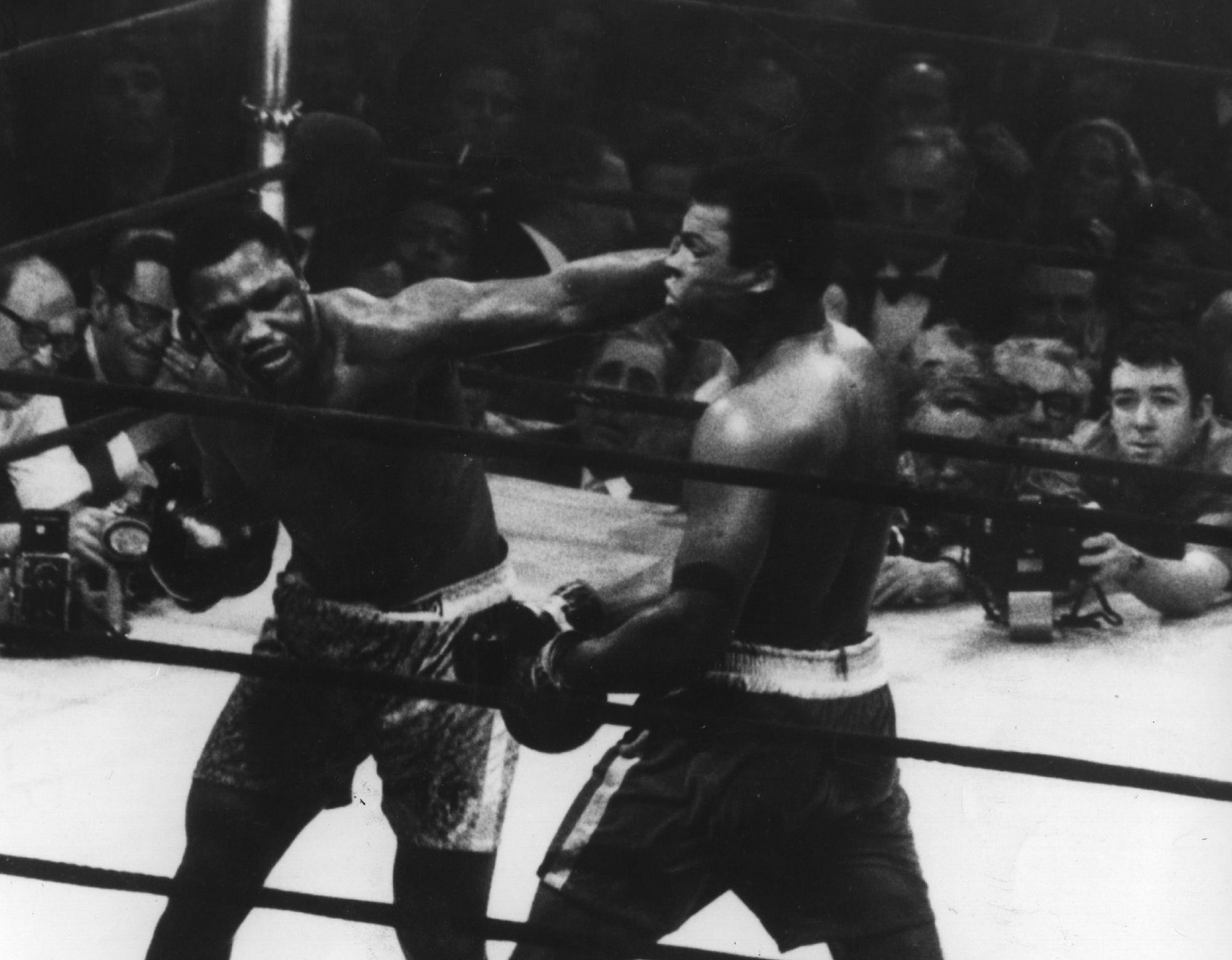 Ali fought often throughout the early and mid-70s, but first mentioned retirement after his third fight with Joe Frazier. He said at the time: “I’m sore all over. My arms, my face, my sides all ache. I’m so, so tired. There is a great possibility that I will retire. You might have seen the last of me. I want to sit back and count my money, live in my house and my farm, work for my people and concentrate on my family.” 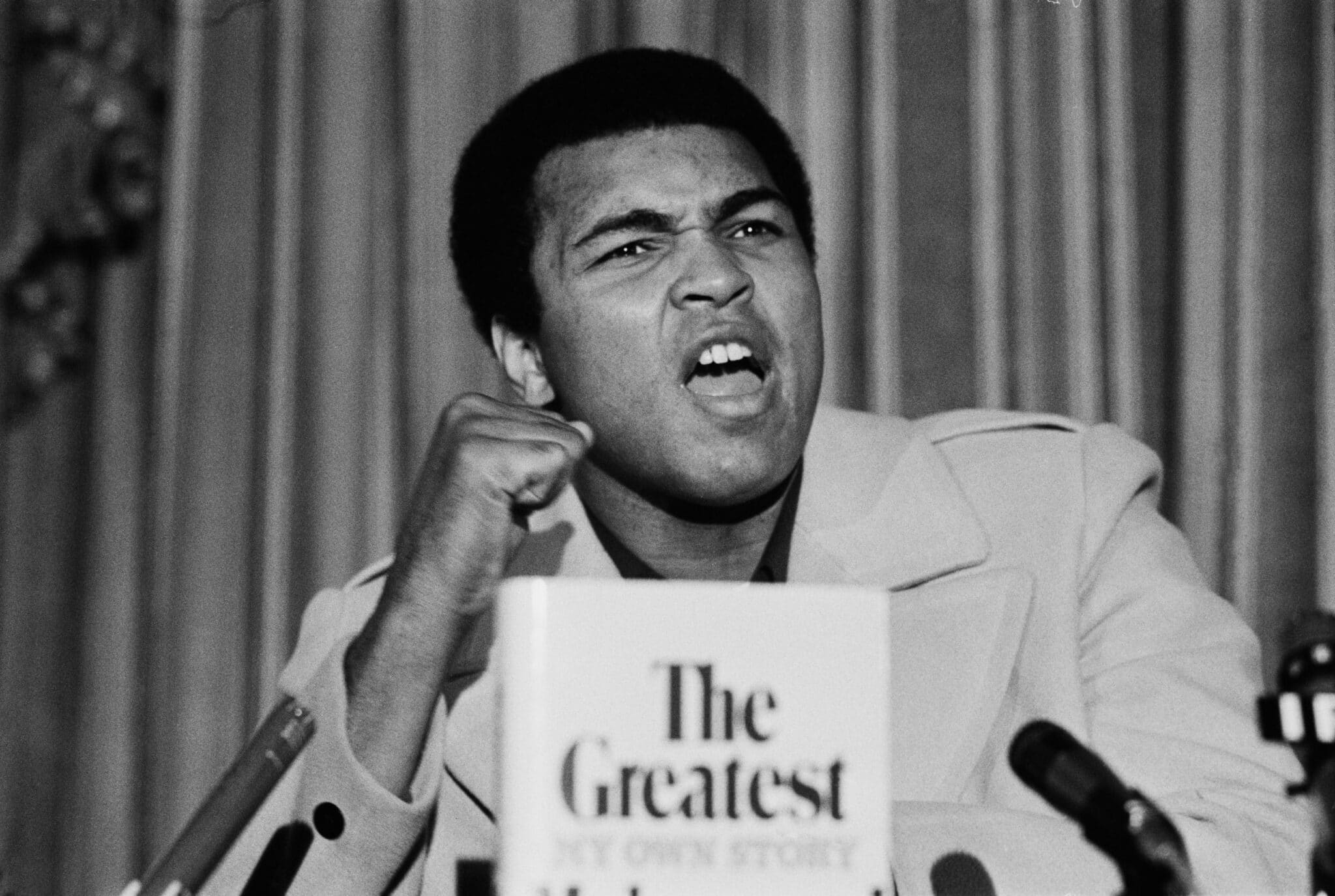 But Ali returned in 1977, to fight Alfredo Evangelista. Ali won the match, but began to struggle in his other matches during the late 70s. He won a fight against Earnie Shavers, but it was evident that Ali – then 35 – was not as strong as he was during his 20s. Ali went on to say that he’d never been hit as hard as Shavers hit him: “Earnie hit me so hard, it shook my kinfolk back in Africa,” he joked.

Ali’s doctor quit after the boxer ignored his pleas to retire after the match with Shavers. He continued to fight before finally announcing his retirement from boxing in July 1979. However, Ali returned to fight Larry Holmes on 2 October 1980. 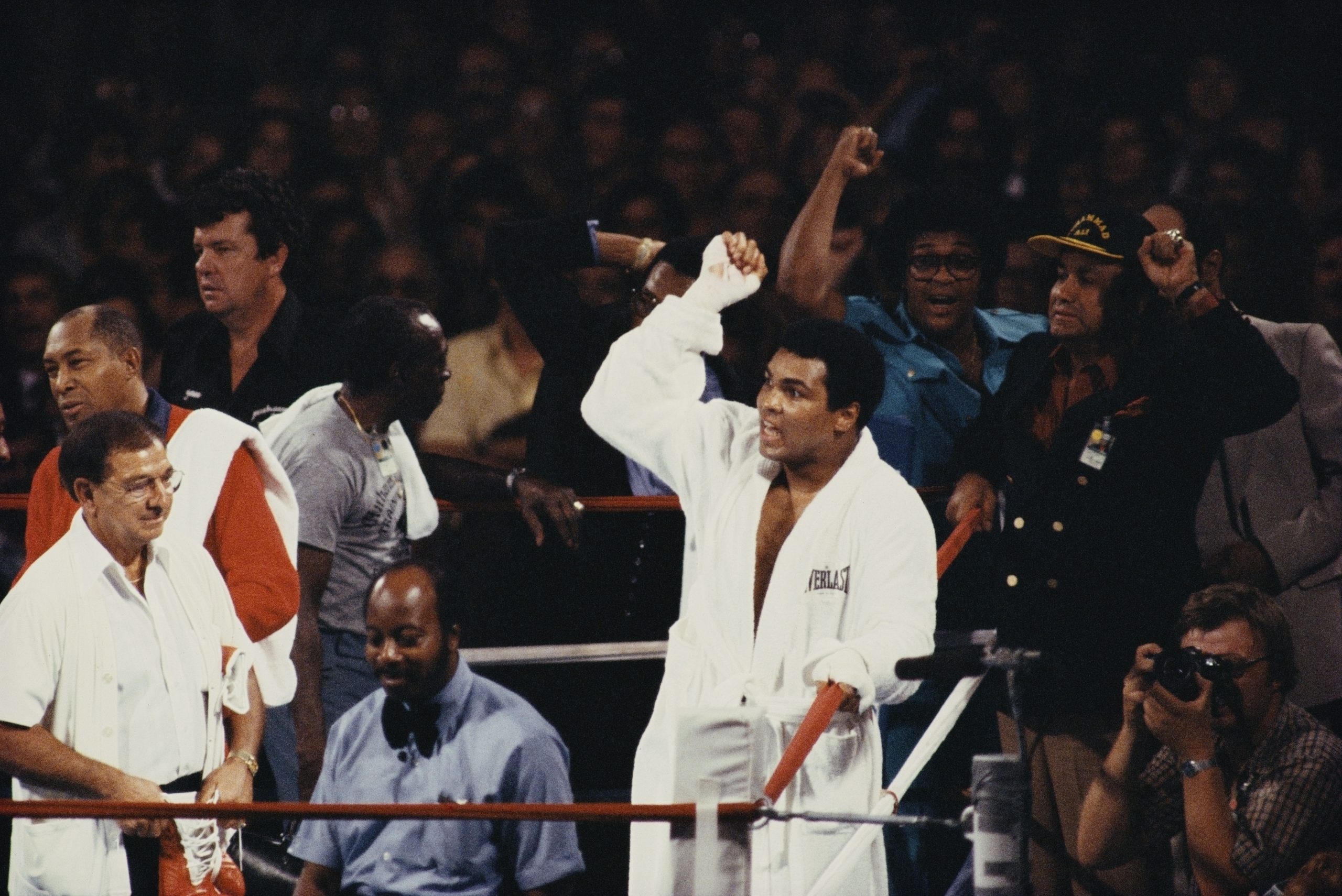 It was around this time that Ali began to struggle with stuttering and trembling hands. Three years after his final fight, in 1984 he publicly revealed that he had been diagnosed with Parkinson’s syndrome. But before then, he went on to fight Holmes after being declared fit to fight by the Mayo Clinic. He began to slur his speech in 1978, and had lost most of his ability to speak by the time of his death in 2016.

Holmes thrashed Ali, who was visibly weakened. After the tenth round, Ali’s trainer Angelo Dundee told the referee to end the fight. Despite the fact that Ali was clearly struggling with his health, he wanted to fight just one more match before retiring for good. 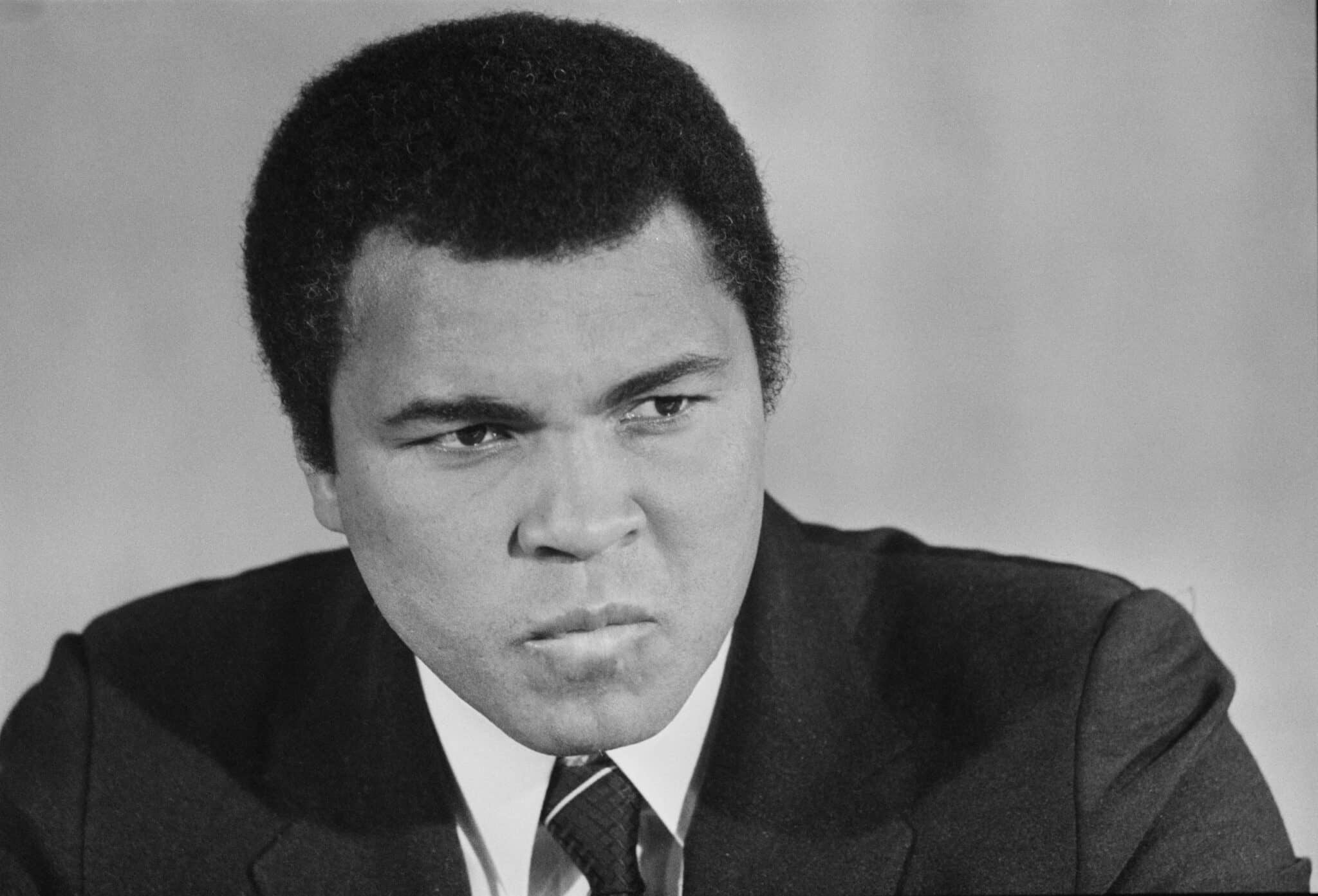 Ali fought his last match on 11 December 1981 in Nassau, the Bahamas, against Trevor Berbick. At this point, Ali was overweight, suffering from Parkinson’s, and was evidently not the same man that he was just a few years previously. The Bahama venue was chosen largely because no American state would grant Ali a boxing licence, due to his poor health.

The fight – Drama in Bahama – was a disaster. When the audience arrived, they were unable to enter the venue because the key to the main gate was lost. There were no boxing gloves at the venue and pairs had to be flown in from Miami. There was also no ring bell, meaning a cowbell and hammer had to be used. Ticket sales for the fight were slow, too; in the end, fewer than 7,500 people witnessed the fight. 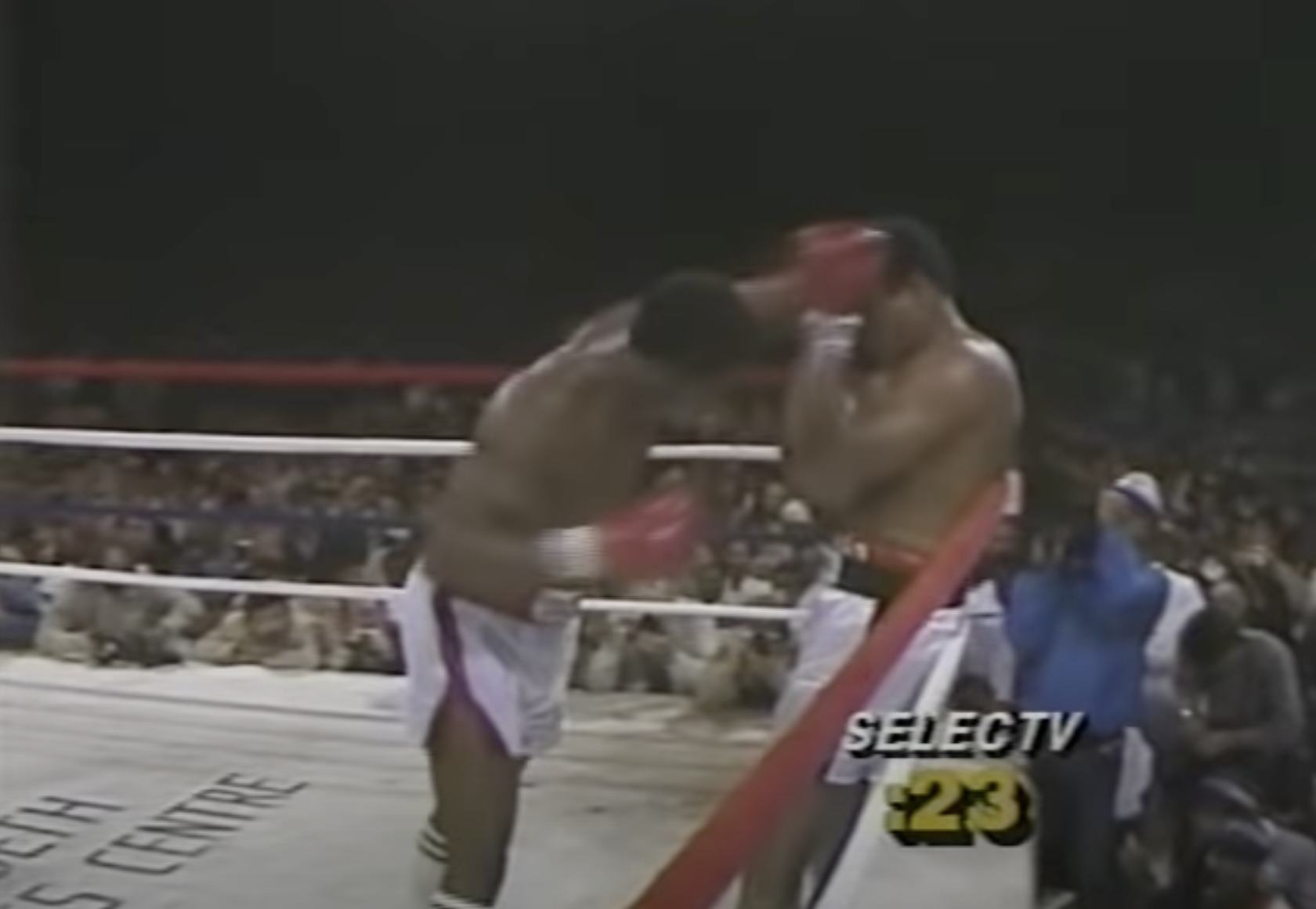 Initially, Ali put up a good fight, and by the fifth round the star boxer had landed some jabs and a combination on Berbick. But by the sixth round, it became evident that Ali had started to tire out. Berbick was able to pummel him and by the last round Ali was unable to continue fighting. Berbick won through a unanimous decision on points.

Sports journalist Hugh McIlvanney wrote of the fight: “Berbick is the kind of lumbering, slow-armed swinger [Ali] would have first embarrassed and then demolished in his dazzling prime but even the additional sluggishness imposed on the Jamaican’s work by conspicuous idleness in training could not save this pathetically diminished Ali.”

“To see him lose to such a moderate fighter in such a grubby context was like watching a king riding into permanent exile on the back of a garbage truck. The one blessing was that he was steadily exhausted rather than violently hurt by the experience.” 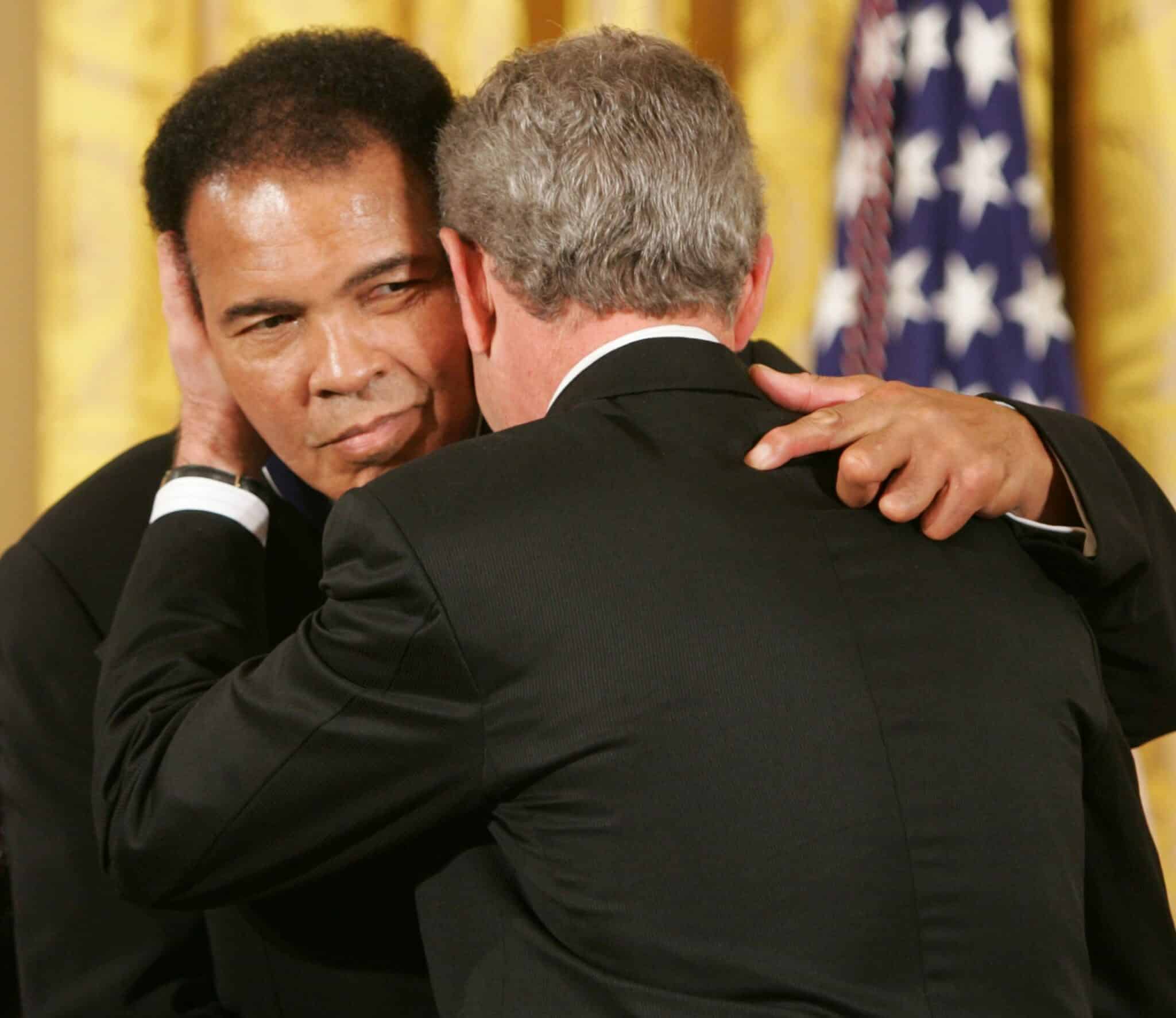 Ultimately, Ali’s last fight saw him miserably defeated rather than going out in a blaze of glory. But it’s testament to his legacy that he is still remembered for the record-breaking fights of his early career, and to this day is revered as the greatest of all time.

Ali has nine children by six women, marrying Khalilah Ali, then Aaisha Ali, then Veronica Porché Ali before settling down with Lonnie Ali in 1986. His daughter Laila Ali, born in 1977, followed her father’s footsteps and became a professional boxer. In contrast, his son, Mohammad Ali Jr, made a career in landscape gardening. 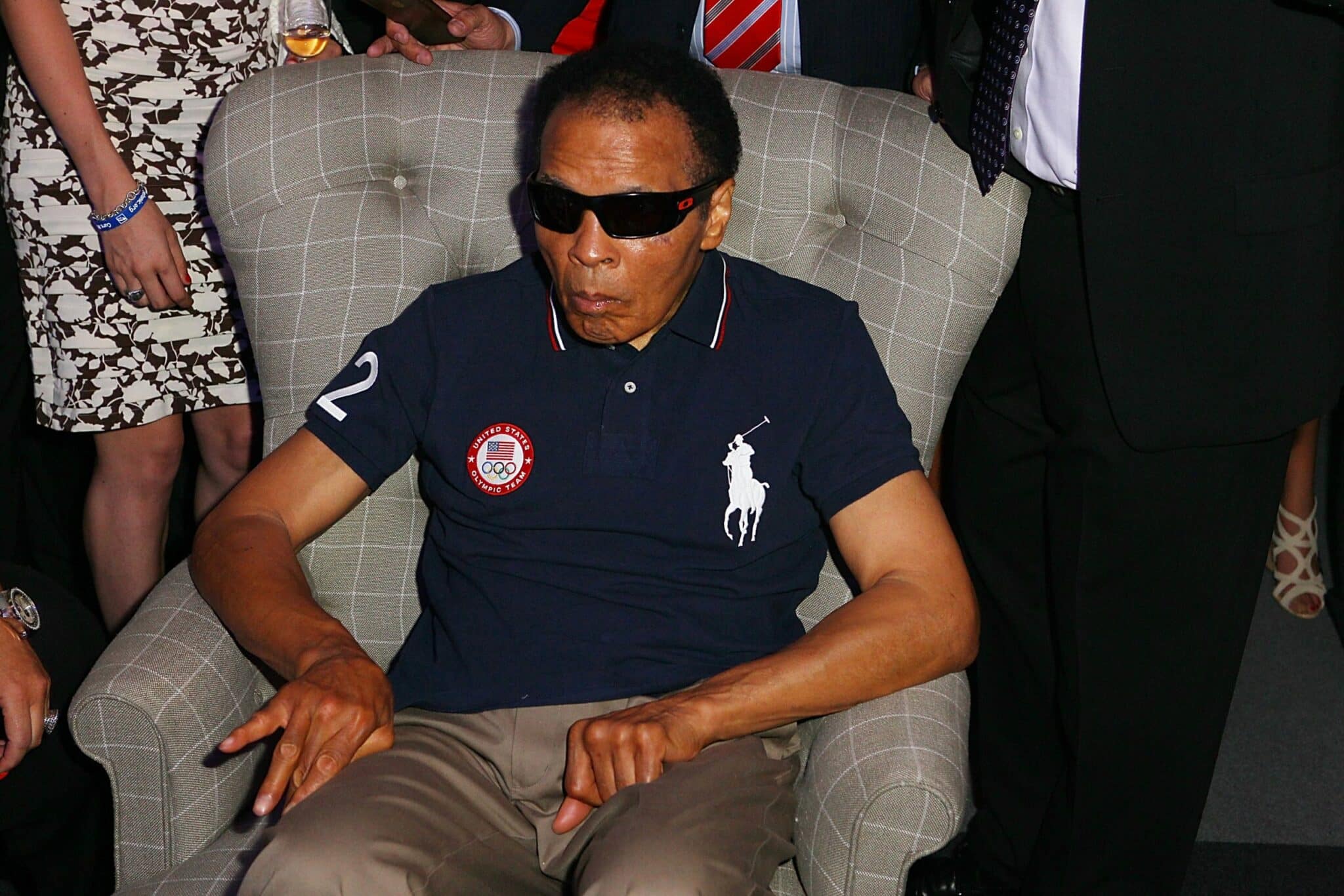 Ali lived to be 74 years old. On June 2, 2016, he was hospitalized in Scottsdale, Arizona with a respiratory illness. His condition worsened and he died the next day from septic shock. Tributes flew in from around the world, mourning the loss of one of the most recognisable and beloved people in history.