Remember This Classic Poster? Here’s What The Tennis Girl Looks Like Now!

Growing up during the 1980s simply wasn’t the same unless your bedroom wall was adorned with posters of your favourite TV, music or film stars, and whilst most of the pop culture posters we chose to cover our wallpaper with were deemed to be acceptable by our occasionally overbearing parents, there was one image in particular that was considered to be slightly more risque. 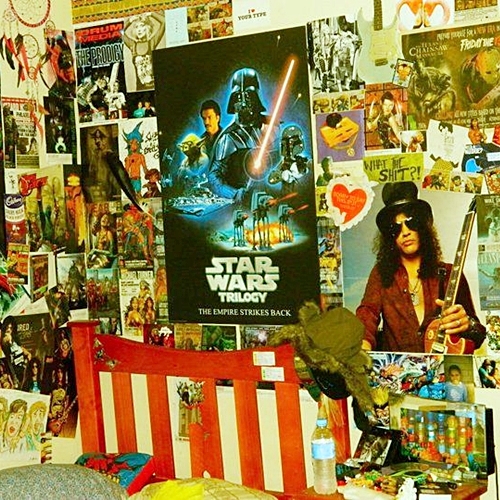 We recently focused on the classic L’Enfant poster, more commonly referred to as Man and Baby, and we discovered that the male model in that classic image had recently come out with some rather shocking claims.

But today it’s another classic 80s image that we’re turning our attention to, and whilst the man and baby were definitely both slightly under-dressed, the tennis girl went one step further by revealing rather more than was usually accepted in our house growing up! 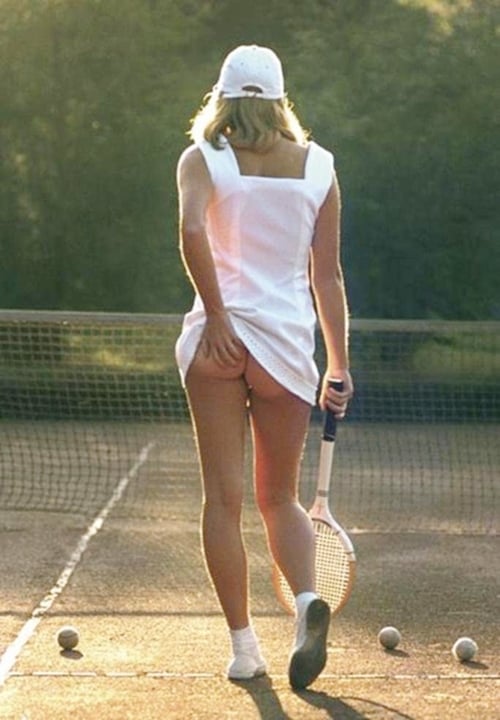 The Tennis Girl poster, which went on to sell an impressive two million copies and is still regarded as something of a pop-culture classic, shows an 18-year-old girl called Fiona Butler walking towards a tennis net.

In the poster, Butler has a tennis racket in her right hand, and in what was rather shocking to our childhood eyes, Butler can be seen using her left hand to lift her tennis skirt, revealing that she’s not actually wearing anything underneath. 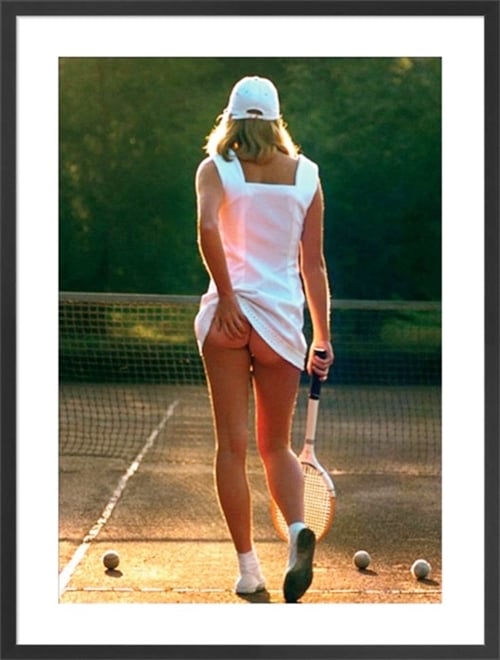 The image was captured by photographer Martin Elliott all the way back in 1976 at the University of Birmingham’s tennis courts, and the photo’s subject Fiona Butler was his girlfriend at the time.

Butler’s tennis dress was made by her friend Carol Knotts who also supplied the racket. The plimsolls meanwhile were borrowed from Butler’s dad, and the tennis balls strewn on the ground belonged to her family’s pet dog! 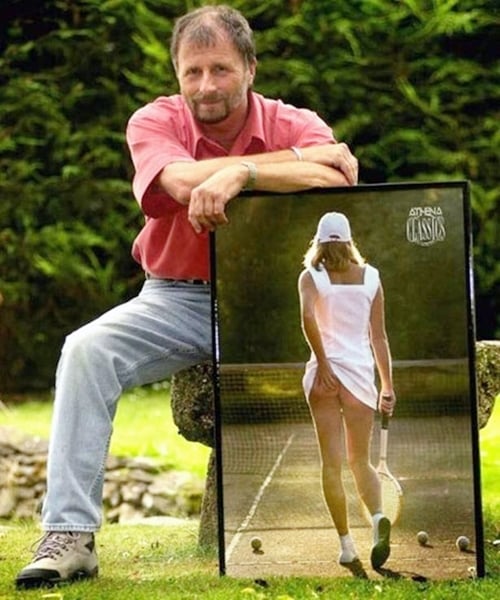 The photo first featured as part of Athena’s 1977 Silver Jubilee calendar, the tennis theme featuring because it was the year that Britain’s Virginia Wade won the ladies’ singles title at Wimbledon.

The following year, Athena starting selling the image as a £2 poster, and although Athena is no longer in business, the poster can still be purchased from some online outlets.

The photo has been subject to numerous parodies over the years, with Pat Cash and Kylie Minogue providing two of many interpretations, some of which we hope never to see again. 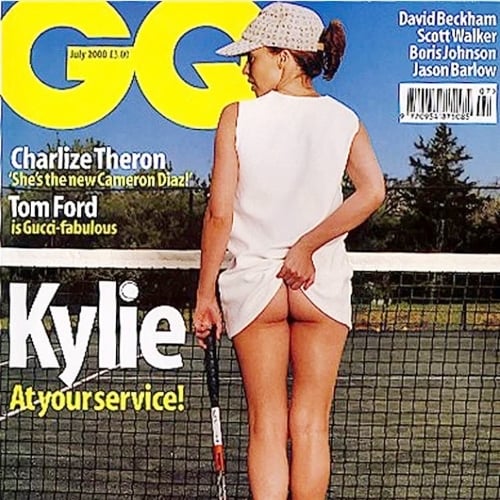 Carol Knotts, creator of the famous tennis girl dress, put both the dress and the racket up for sale in 2014, and made a rather tidy £17,000. The dress, which brought in the majority of the funds at auction, is currently displayed in the Wimbledon Tennis Museum. 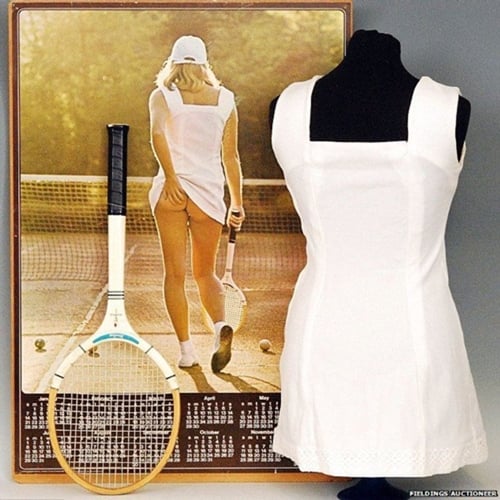 Shockingly, Butler did not receive one penny of royalties from the Tennis Girl photo, but says that she is not the slightest bit bitter about it. Butler broke up with Martin Elliott three years after the photo was taken, and the photographer sadly passed away in March 2010 after a long battle with cancer.

Now a married mother of three in her early 60s who works as an illustrator in Droitwich Spa, Worcestershire, Butler also says that she is not the slightest bit embarrassed about having posed for the revealing shot. 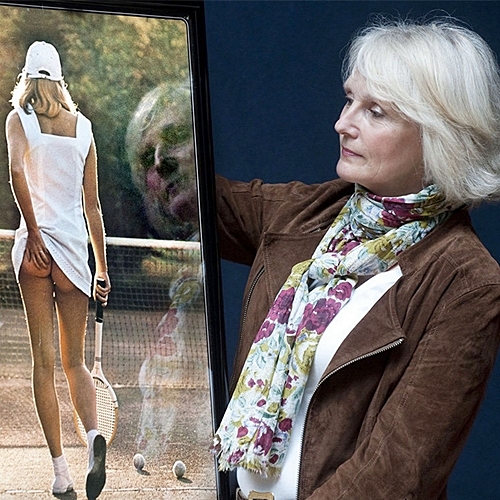 “My children have never been upset about it,” Butler has been quoted as saying. “It’s really nothing that anyone could be offended by. It’s just a bit of fun. I think it was banned in a couple of countries but really I don’t think there was anything to get upset about.

“It was just a picture of a very sort of ordinary girl, and there’s something in that that appeals to people. I think it’s the light that makes it so appealing. It never ceases to make me smile when I see it.” 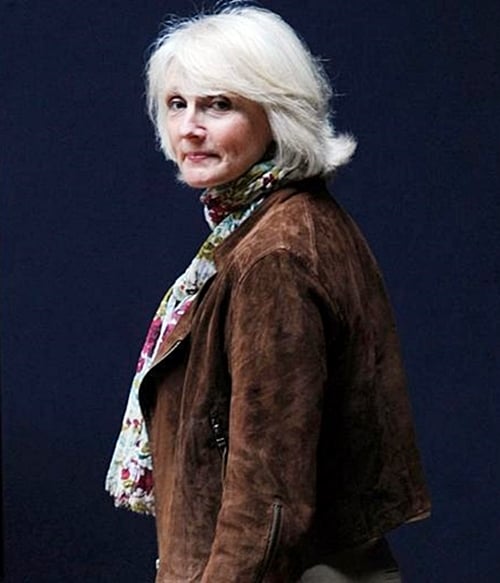 That’s not where the story ends, however. In 2015, a man named Peter Atkinson from Cornwall claimed that the photo was actually of his ex-wife!

In an attempt to prove his theory, Atkinson provided reporters with a very similar image, which he claimed was taken at the same time as the famous photo, but in 1974, two years before Fiona Butler’s shot. 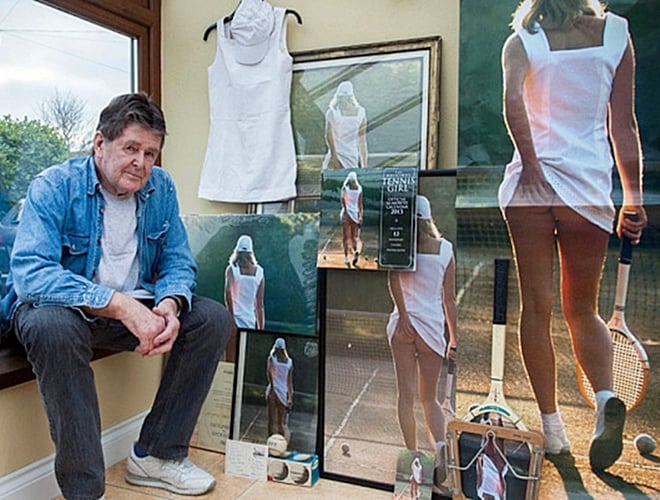 Unfortunately, there’s no recorded comeback by Butler herself to Atkinson’s claim, because we would have loved to have known what she made of the person trying to strip her of her claim to fame!

Perhaps Atkinson, who does admit to being an avid collector of all things Tennis Girl, simply got slightly too carried away with his hobby. 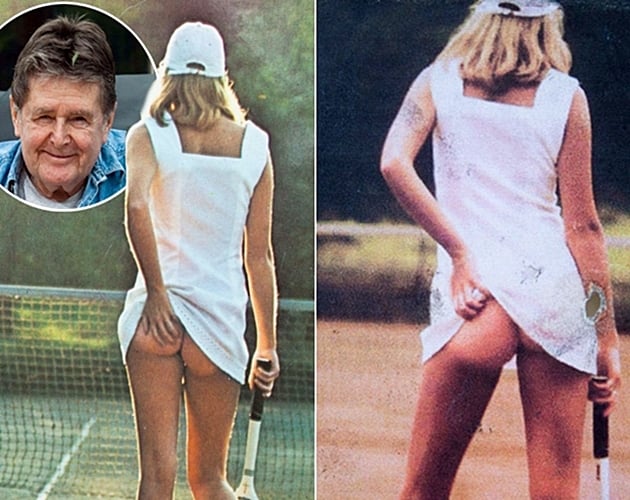 So we’ll leave the last word to the real tennis girl herself Fiona Butler, who despite saying “I’ve never gone out of my way to court attention” and describing herself as “quite a private person,” was persuaded to go public to help promote an exhibition on lawn tennis as a subject in art in Birmingham’s Barber Institute of Fine Arts.

She believes that the classic image deserves its place in the history of tennis, and says of its late photographer Martin Elliott, “I think Martin would be very proud of the fact that his picture is in the exhibition.”