Remember This Classic Poster? Here’s What The Man And Baby Look Like Now!

There are a number of posters that us 80s kids remember having on our teenage bedroom wall like it were yesterday, but we suspect that there’s one poster above all the others that will instantly transport you back to the days of your misspent youth.

The poster we’re referring to featured a gorgeous, shirtless, muscle-bound, jeans-wearing male model gently holding a newborn baby, whose infant eyes stare back up at him with an emotion that appears to be something in between fear and awe.

Even if you weren’t one of the millions of people who had this classic Athena poster up on their bedroom wall, you can’t possibly have lived through the last four decades without seeing the famous image. But have you ever wondered what became of Adam Perry, the male model featured in the classic image?

Did you know how many women Perry claims to have slept with since it made him famous? And what became of the baby he was holding so tenderly? 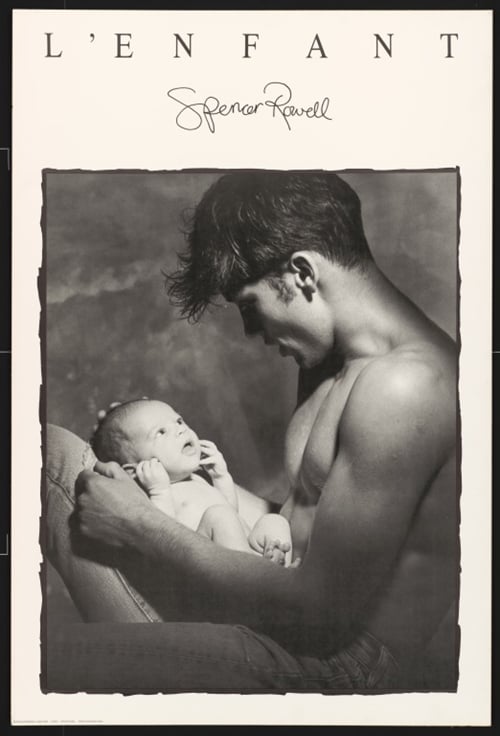 It was actually given the title L’Enfant (The Child), but the classic poster is usually referred to simply as Man and Baby.

It was originally released in 1987 and went on to sell a whopping 5 million copies, which unsurprisingly made it one of the best-selling posters of all time. 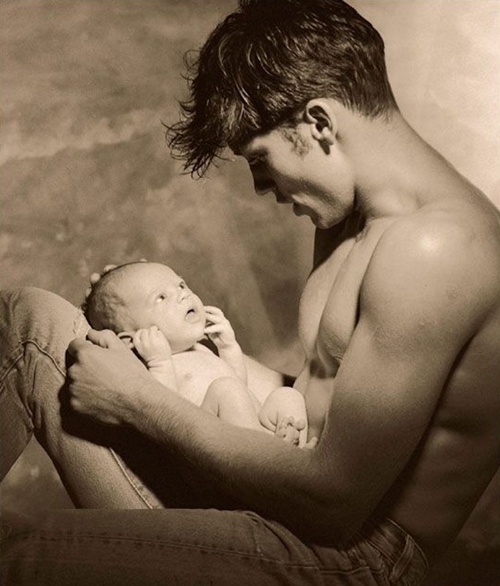 It was created in less than half an hour

The photo in question was taken in 1986 by Spencer Rowell, who once revealed that the shoot was extremely basic, saying “to be honest, it was just another job of work. We spent a couple of hours in the studio getting things ready with the babies and make-up for Adam. We then spent about 20 minutes doing the pictures.”

Thankfully for Rowell, he had decided to take a 10 percent cut of the photo’s earnings rather than a lump sum, and cheques for ten of thousands of pounds came flying through his letter box. However, he later built up massive debts, revealing that he had “put most of the money up my nose.” He’s expressed a lot of regret about frittering away the money, which he estimates totalled £1 million. 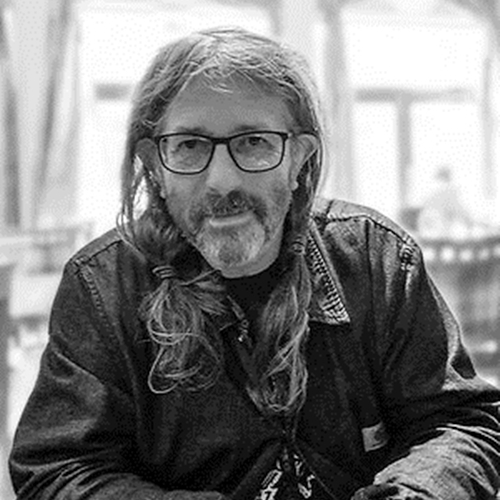 Another sad story surrounding the poster was that of its art director Paul Rodriguez, who was the brain behind this famous 80s image.

Rodriguez, who purchased a number of subsequent photos from photographer Spencer Rowell, became HIV positive and died from Aids in 1993. 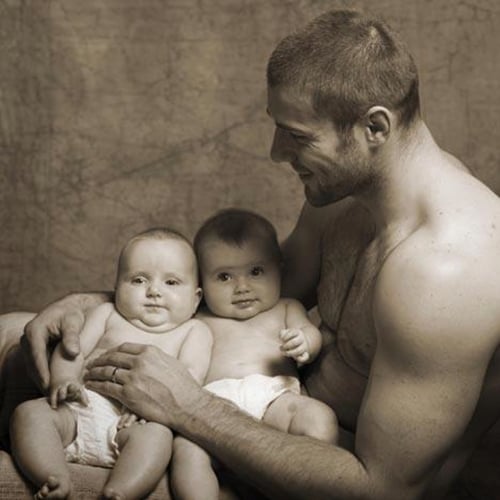 L’Enfant was said to represent the ‘new man’, that being men who are still attractive but also have a sensitive side, and the idea has been copied multiple times in the decades that have followed.

But what became of male model Adam Perry whom the poster made famous, and what does he look like these days? And what about the small baby in the photo? 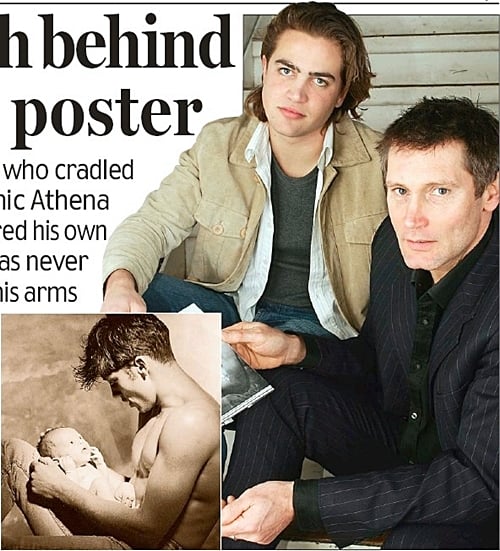 Well shockingly, in a 2004 documentary called L’Enfant, The Model, the Poster and 3,000 Women, Adam Perry made the claim that his newfound fame meant that he has slept with over 3,000 women.

“Girls would just come up to me asking to be 3001 or 3002 and so on,” commented Adam Perry. “I was sleeping with different girls every day of the week. Sometimes two or three a day, a few times two or more at a time.”

There’s a deeper irony behind his famous portrait, too. In 2007, Perry told the Daily Mail that he had one son that he knew about – but he never held his own baby. It wasn’t until his son was five that Perry learned of his existence.

Perry also claims that he feels ripped off with regard to the photo, even though he has made a good amount of money selling stories to tabloid newspapers, and does still receive a payment every time the photo is reprinted onto a different format.

He was meant to have been paid £250 for the original shoot, but was only given £100 after he turned up with sunburn on his chest due to having fallen asleep on a sunbed the night before. 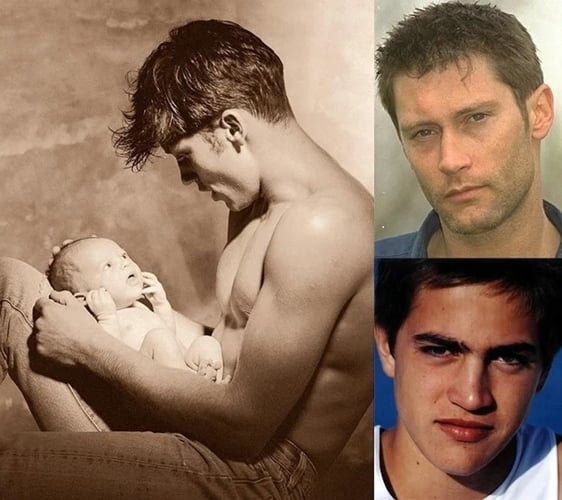 And then we come onto the baby, who earned the a mere £32 for his photo shoot – and his parents had to buy their own copy of the poster!

Two other babies were also photographed in this session, although it was baby Stelios Havatzias who created the winning image with his dazed expression.

And we’re pleased to report that Havatzias, now in his mid-30s, went on to do very well for himself and became a lawyer.

So, even though Adam Perry appears to have failed to live up to the sensitive new man image he portrayed in the famous shot, we like to think that the poster conveys so much more than just the man and baby that feature in it, and we will always remember it being on our 1980s bedroom wall with a great deal of fondness.

Athena mass-produced many other masterpieces alongside Man and Baby 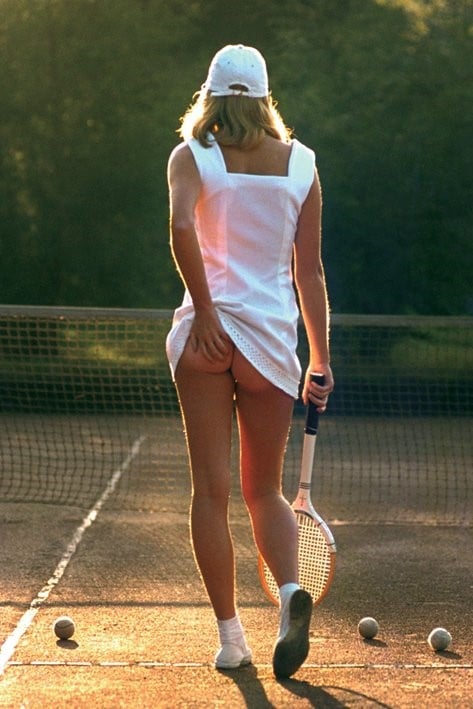 Much like L’Enfant, Tennis Girl was a low-key affair in its creation. The model was 18-year-old Fiona Butler, who posed with a borrowed racquet at the University of Birmingham’s tennis courts.

Tennis Girl sold more than 2 million copies, with each poster costing £2 back in the day. And its popularity has endured: in 2014, the dress worn by Butler was auctioned off at the Wimbledon Championships for £15,000.

Another famous work was Bodyshop, a black-and-white shot of a topless man in front of flying sparks. 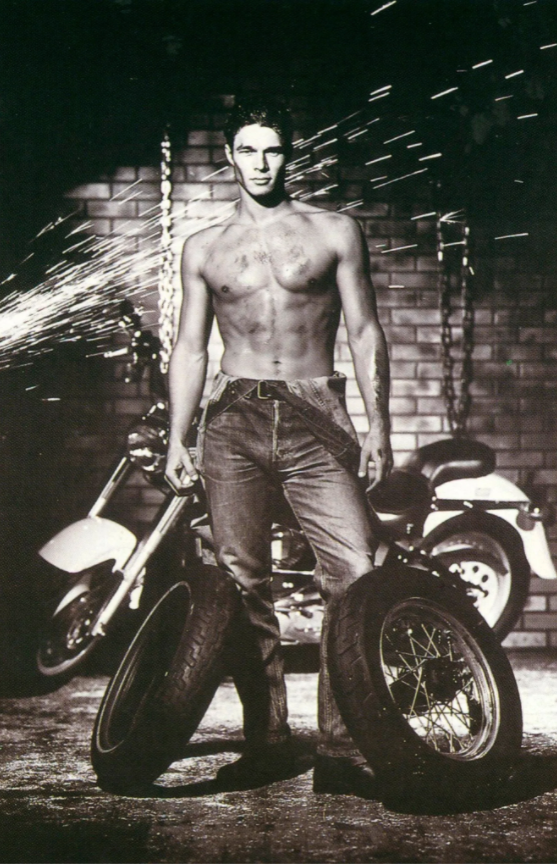 Other famous images that were mass-produced by Athena include a Che Guevara portrait, ‘Kiss’ by Syd Brak, and La Liason, which shows a couple embracing amid billowing steam.

Athena went from a single store in Hampstead in the 60s, to 60 separate branches by the 70s. Nowadays, it’s an online retailer only – you can browse its current galleries here.