Remembering Emu And His Antics 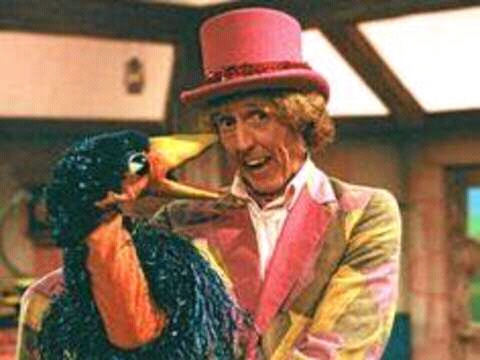 Rod Hull and Emu, the often naughty, with very bad manners bird! The bird whom attacked Michael Parkinson, causing our Parky to fall of his chair! Witnessed by funny man Billy Connolly, who stated, “If that bird comes near me I will break it’s neck, and your [email protected]#dy arm!” Emu calmed down some what after being told off by Billy!

But there was no limit to Emu’s naughtiness. He even destroyed The Queen Mother’s bouquet of flowers, at the Royal Variety Performance’s back show line up! Ha ha! 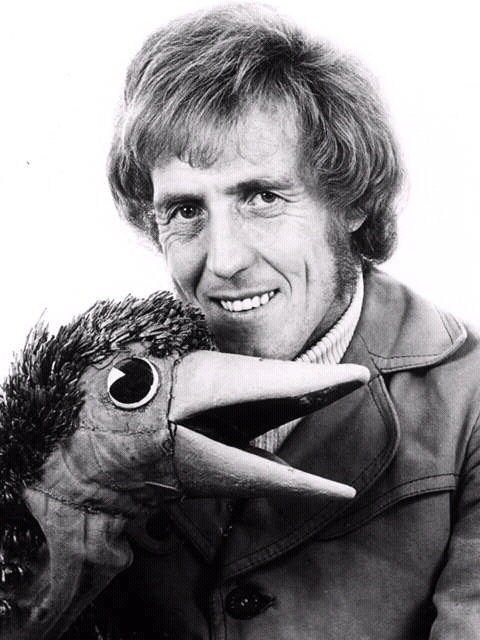 The creator and entertainer with Emu was Rod Hull. Rod was born in Kent in 1935. He did his National Service with the RAF.

Entertainer Rod made his first British TV appearance on Saturday Variety. But it was his 1972 appearance on the Royal Variety Performance, which gave him national recognition. 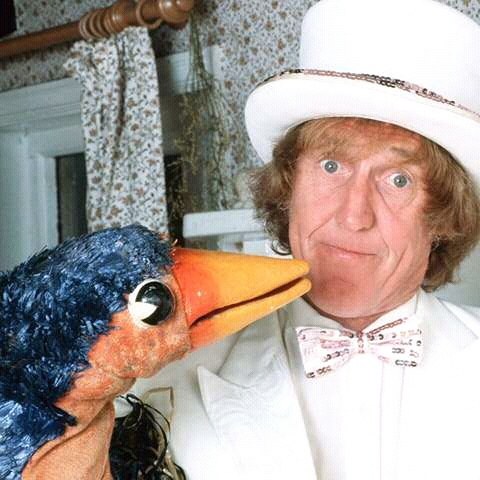 Rod Hull and Emu, were regularly on the TV throughout the 1980’s. In 1981 on ITV, the show, Emu’s World, was broadcast. By Central Independent Television, and made at the then, East Midlands Television Centre, in Nottingham. 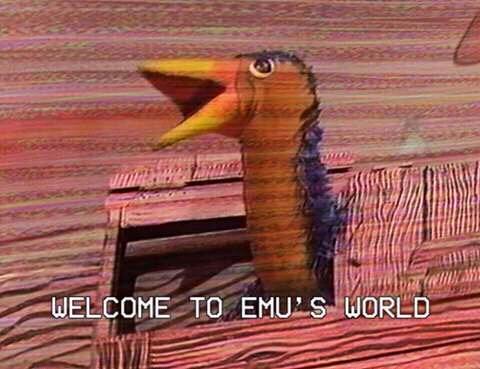 Emu’s World which would later lead to the birth of the Emu’s All Live Pink Windmill Show.

Rod Hull had worked with Carol Lee Scott, on a Summer Season at Cleethorpes. Where they had come up with the idea of the green witch, Grotbags, and Rod asked Carol in be in the show. 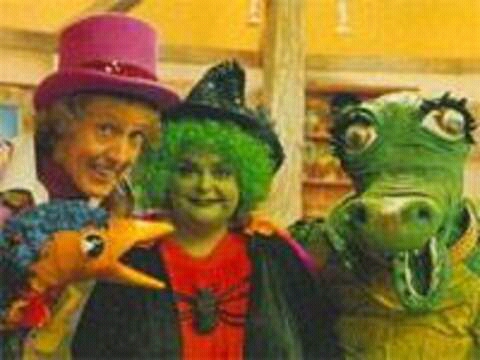 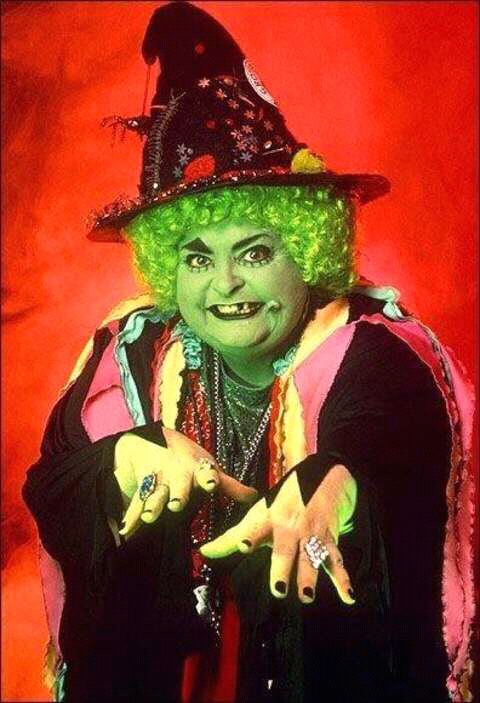 Grotbag’s mission each week was to try to steal Emu, once captured, she would be able to use special powers to control all the ‘brats’ (her word!) of the world. Yes Grotbags was scary!

She had a few sidekicks, the hopeless assistant, Croc, Robot Redford, and man servant, Grovel. 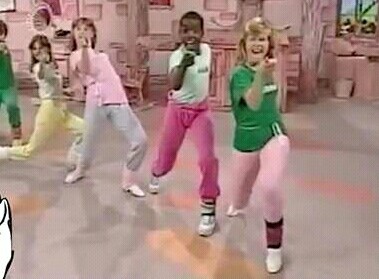 A very popular feature of the show was the all singing, all dancing, Pink Windmill Kids. Who also protected Emu from the sinister Grotbags. The children were pupils at the Corona Theatre School, in West London. 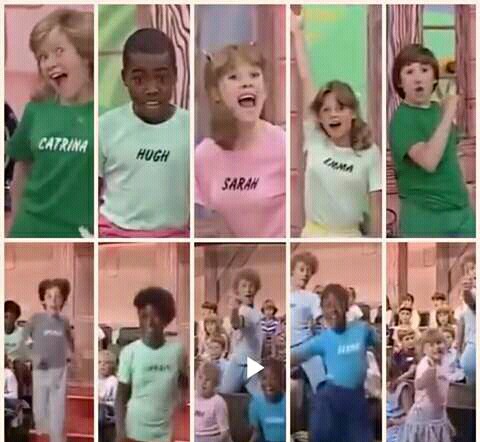 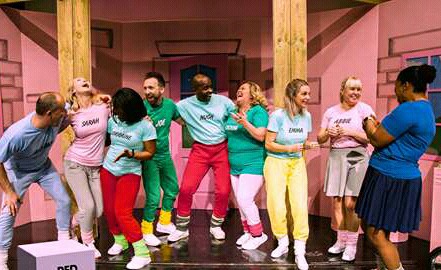 The children’s singing and dancing routines were incredible. Very high skilled and professional. 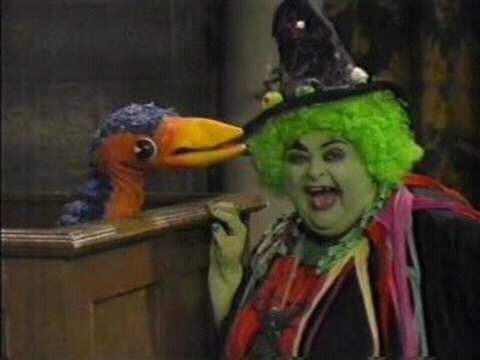 The former Pink Windmill kids got back together in 2017, well nine of the ten, to do a performance of ‘Can’t Stop The Music’ one of their most memorable singing and dancing routines, for Comic Relief. They smashed it! 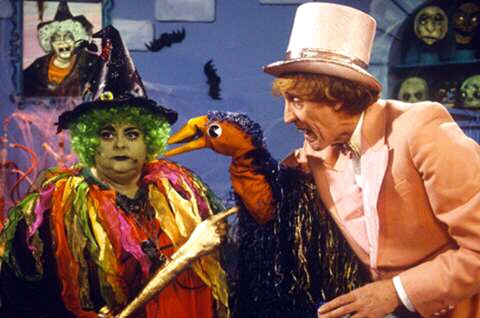 The success of Emu’s World led to the series being expanded in mid 1984, from a twenty minute show to a forty two minute show. With a new name, Emu’s All Live Pink Windmill Show. Which now also featured games, phone calls, a studio audience. The talented Pink Windmill Kids, were still singing and dancing, and having tonnes of fun! On the first live episode the kids all introduce themselves before going straight into that famous ‘Can’t Stop The Music’ routine.

Naturally the scary green one, Grotbags, was still around, and after Emu! 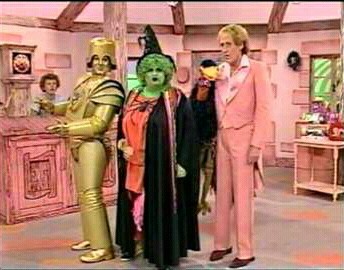 An uplifting, highlight, on Friday evenings, to kick start your weekend. It was very popular. Emu though aggressive, rude, no manners, snappy, impolite, children loved him! His humour made us eighties kids laugh our heads off. 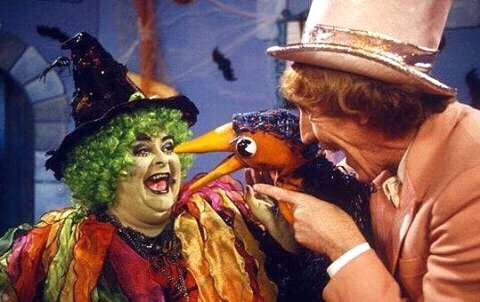 In 1987 a new series of Emu’s World was returned. With a similar formula to the Pink Windmill Show, but it was prerecorded. Another series, which would be the final series, ran in 1988. 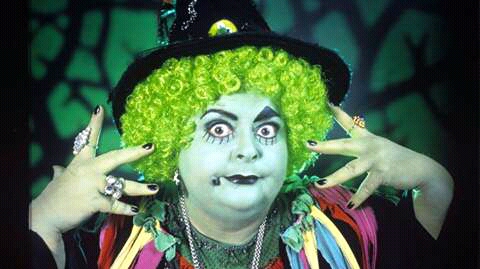 After the final series Rod and Emu went to Canada, to film EMU-TV. Which did come to the TV screens of Britain.

Emu was such a highlight of eighties children’s TV! With Rod Hull, ever the entertainer, though it’s been said that often Rod felt limited with the work offers he got, as it always involved Emu too! They were a pair! 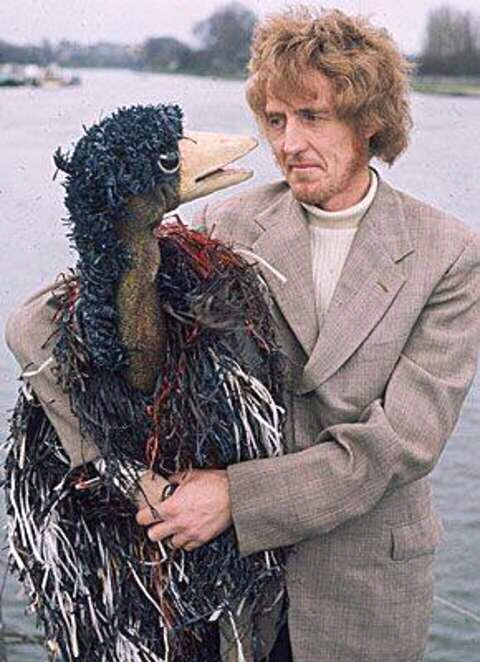 Sadly Rod Hull died in 1999, due to falling off his bungalows roof whilst trying to fix the TV aerial. He suffered a severe skull fracture and chest injuries. He was sixty three years old.