Remember Sister Act? Here’s What The Cast Look Like Now!

The phrase ‘feel good’ was created for films like Sister Act. This brilliant 1992 comedy is capable of raising our spirits no matter how many times we watch it, and we’ve watched it lots of times over the years! 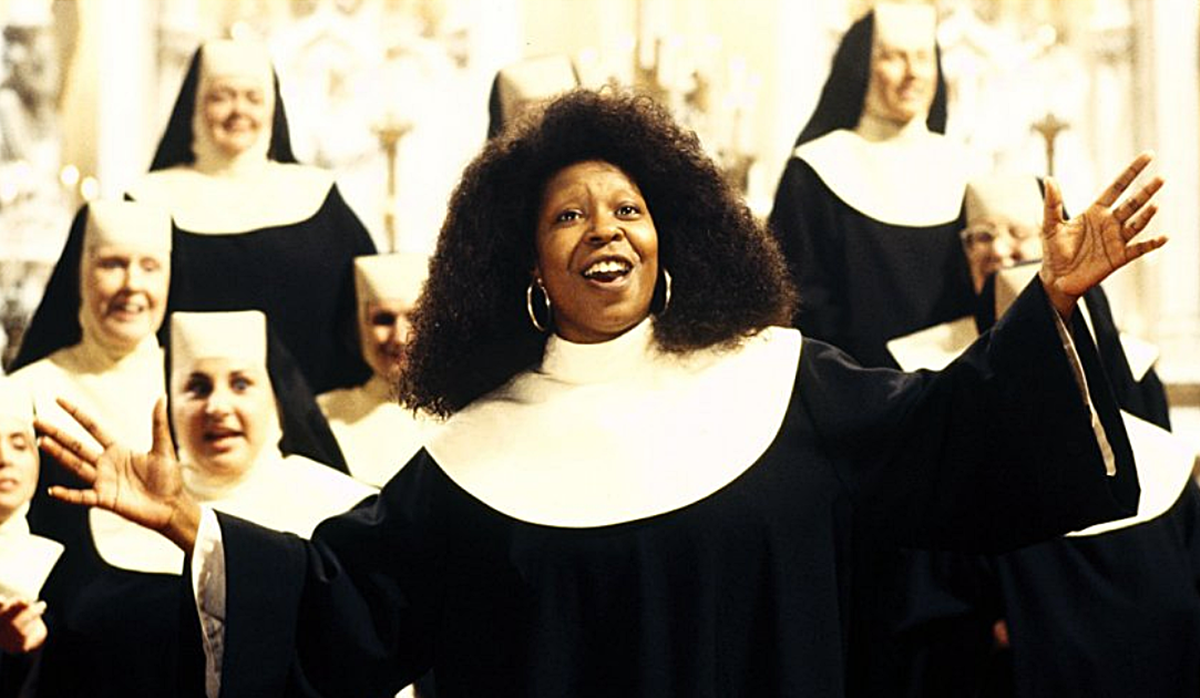 Sister Act was one of the most successful films of the early 90s, making a total of $230 million worldwide.

Its success meant that a franchise was created, which included a sequel titled ‘Sister Act 2: Back in the Habit’, as well as a musical. 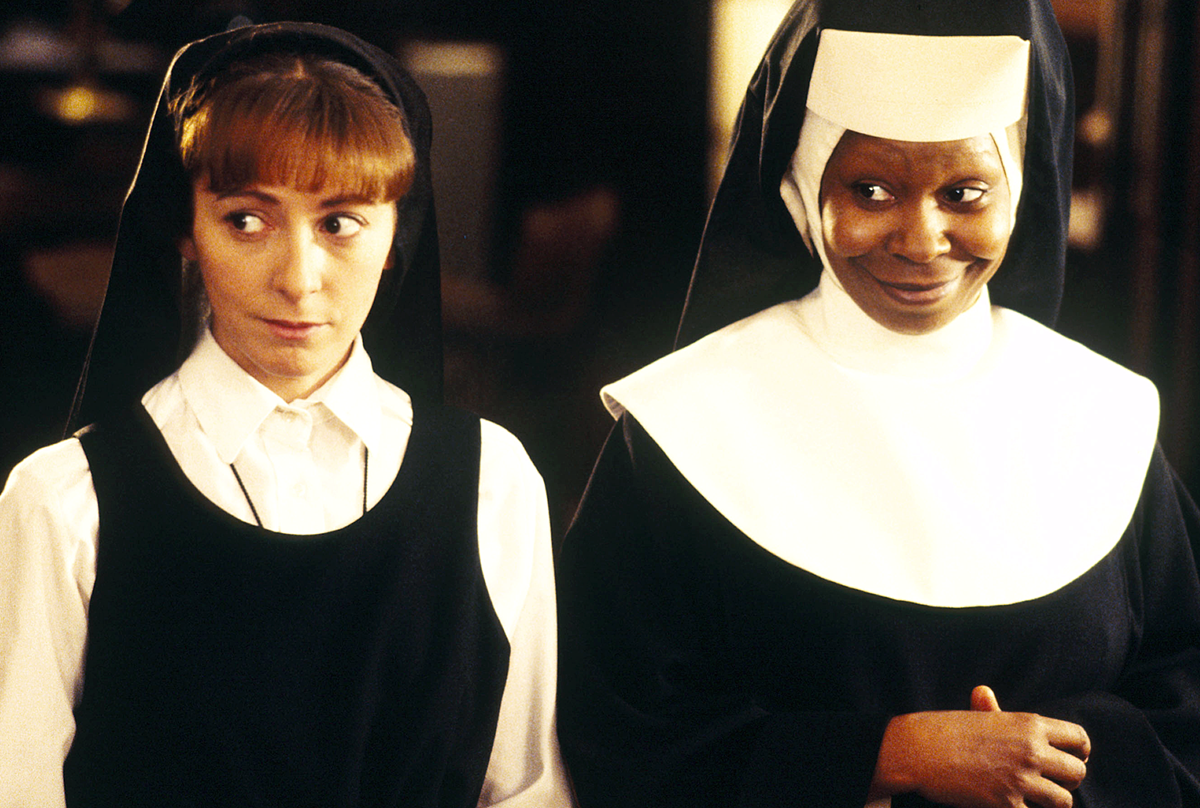 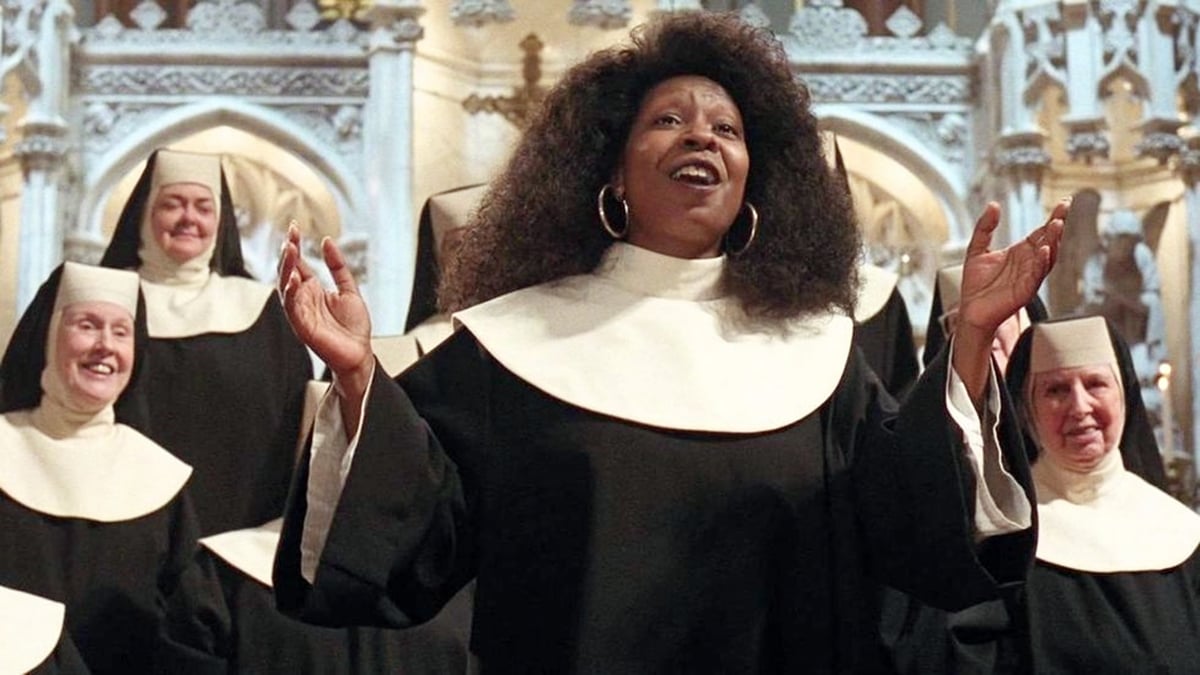 Believe it or not Sister Act is now over 25 years old, so we thought it was about time we found out what the cast are up to now!

Scroll down to find out for yourself, but don’t blame us if you suddenly break out into a rendition of ‘I Will Follow Him’ or ‘My Guy’! 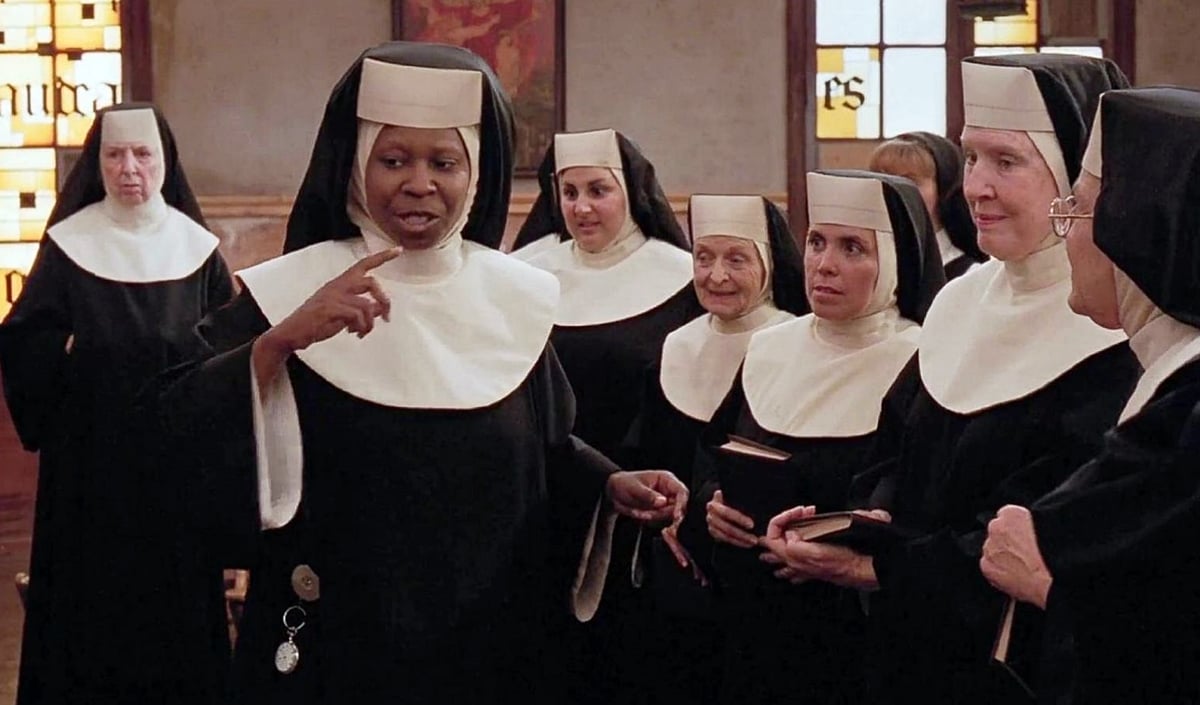 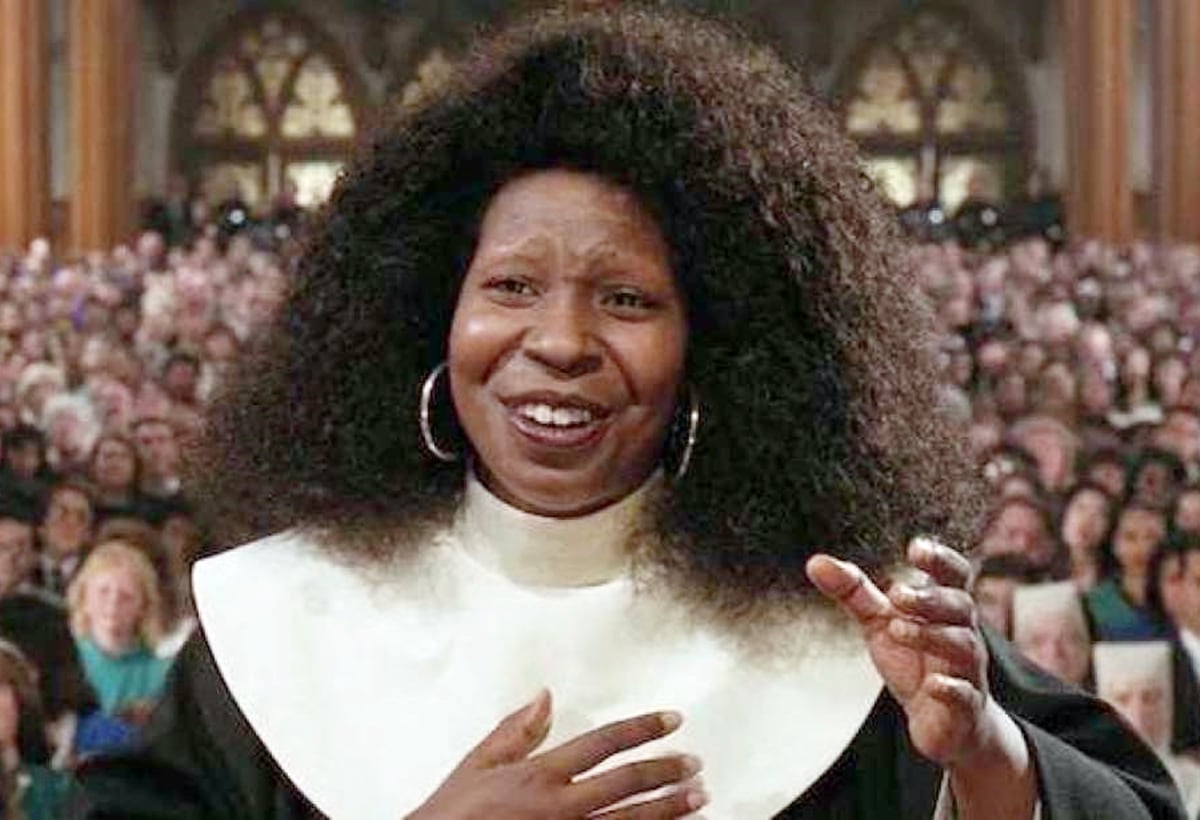 Goldberg is one of only a handful of actors to have won an Oscar, an Emmy Award and a Grammy Award, and she was only the second black woman to win an Oscar. 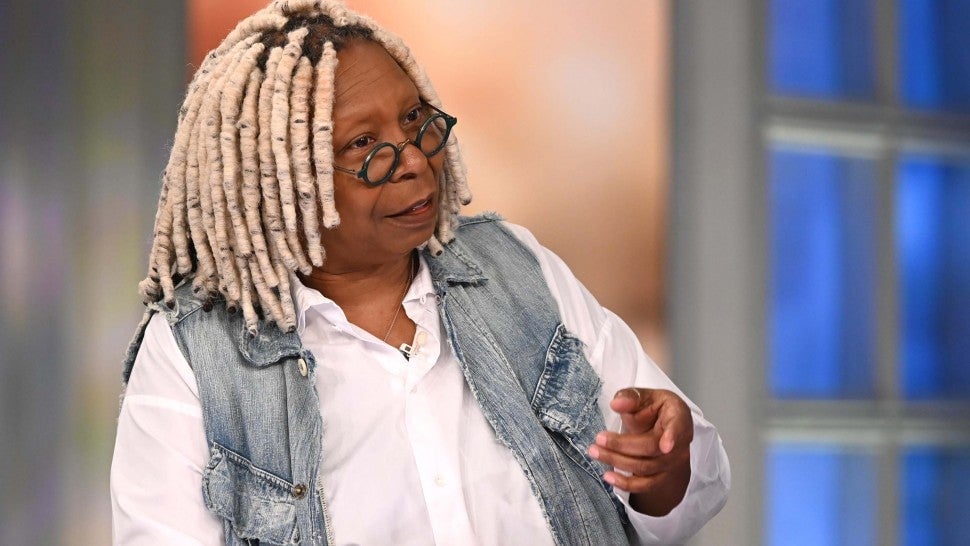 She’s no stranger to box office hits, having starred in The Color Purple and Ghost prior to joining the Sister Act cast.

In a 2017 episode of The View featuring her old Sister Act cast mates Kathy Najimy and Wendy Makkena, Goldberg said that she wasn’t expecting to star as Deloris the lounge singer. In fact, Hollywood star Betty Midler was the original choice for the role.

“It was [Betty Midler’s] movie and she couldn’t do it,” Goldberg reflected. “She turned it down. They went through 100 million people and then got to me!”

Whoopi became a co-host on The View in 2007. Before and after Sister Act, she’s had a prolific film career, but is also known for her philanthropic works. She’s campaigned for human rights and even moderated a peace-promoting panel at the United Nations in 2009. 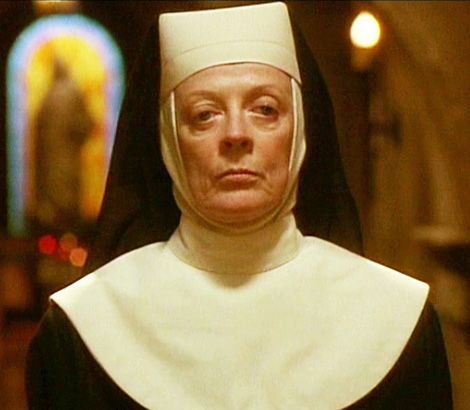 Maggie Smith was brilliant in the role of the Reverend Mother, and she was already very well known to those of us in the UK having had a long career in film and TV production as well as on stage.

In her career dating back to the 50s, she’s most famed for her roles in the Harry Potter franchise, Downton Abbey and The Prime of Miss Jean Brodie (for which she won an Academy Award). Smith joined the Sister Act cast only a year after performing in Hook, a massive box office hit. 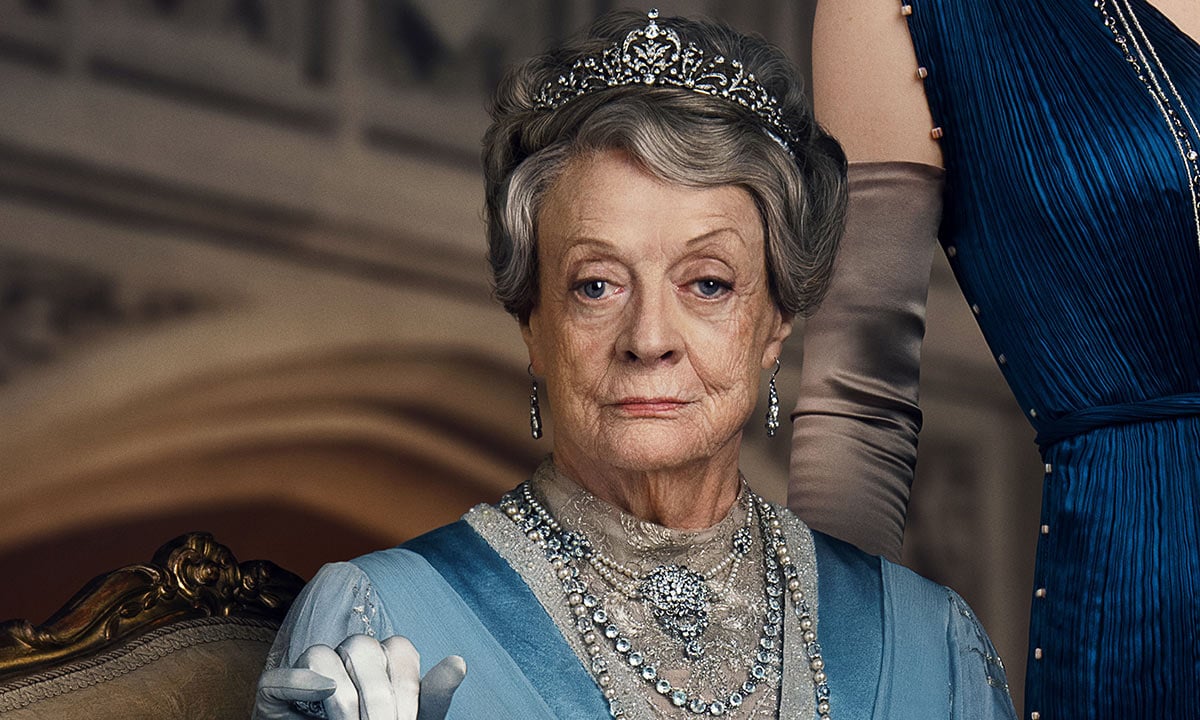 But in recent years, after a twelve-year break from live performance, she has returned to theatre  – which she’s said she prefers to the movies.

“I am deeply grateful for the work in Potter and indeed Downton but it wasn’t what you’d call satisfying, I didn’t really feel I was acting in those things,” she commented to the Evening Standard Magazine in 2019.

“I wanted to get back to the stage so much because theatre is basically my favourite medium, and I think I felt as though I’d left it all unfinished,” she added. “But there wasn’t anything that came along.”

Smith ended up creating her own one-woman show, A German Life, which is based on the real-life story of a woman who worked in Nazi propaganda. We certainly want to see whatever she starts working on next! 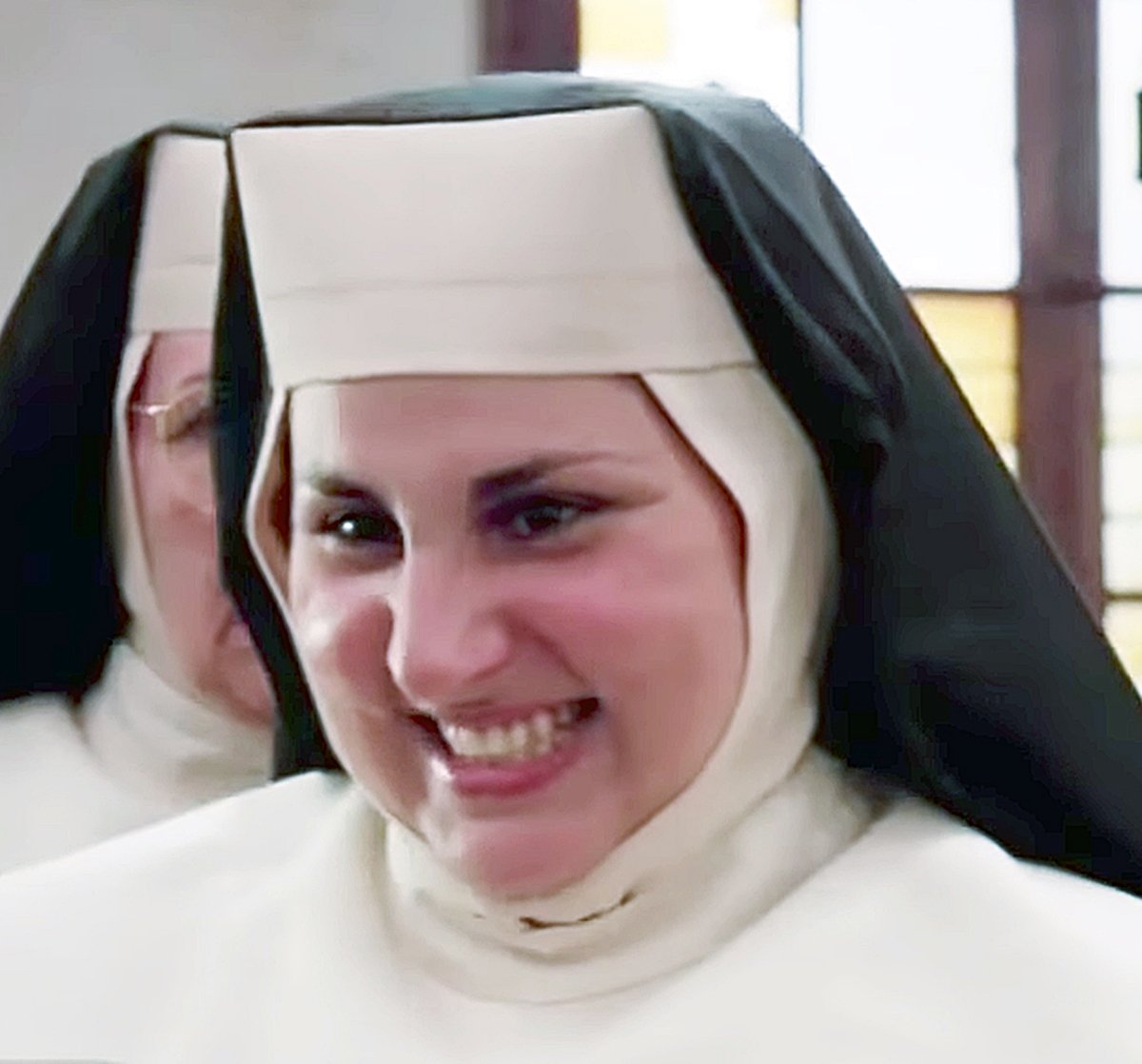 Who didn’t love Kathy Najimy in the role of Sister Mary Patrick? It was her first major role, and an unforgettable one that she would go on to reprise in the sequel ‘Sister Act 2: Back in the Habit.

Aside from her roles in Hocus Pocus, Rat Race and the late 90s sitcom Veronica’s Closet, Kathy Ann Najimy is known for her work as a writer and activist. 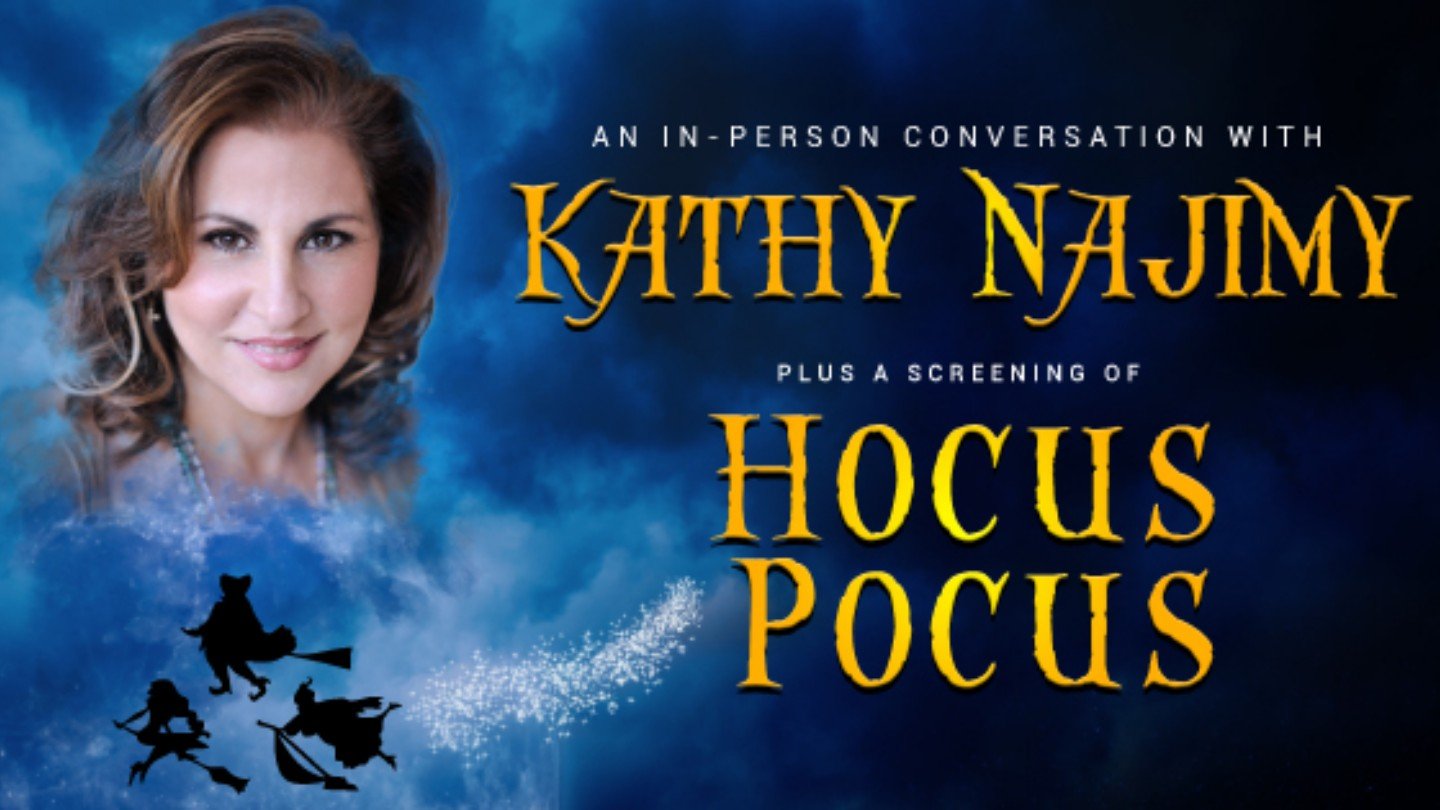 Born in San Diego, California to Lebanese American parents, she rose to fame with the feminist play The Kathy and Mo Show, co-created with Mo Gaffney, which came out in 1986.

She’s been a prominent campaigner for women’s rights over the years, travelling around the USA as an activist and public speaker.

We’ll see her on the big screen again in 2022, when she’ll star in the long-awaited Hocus Pocus 2, reprising her role as Mary Sanderson. 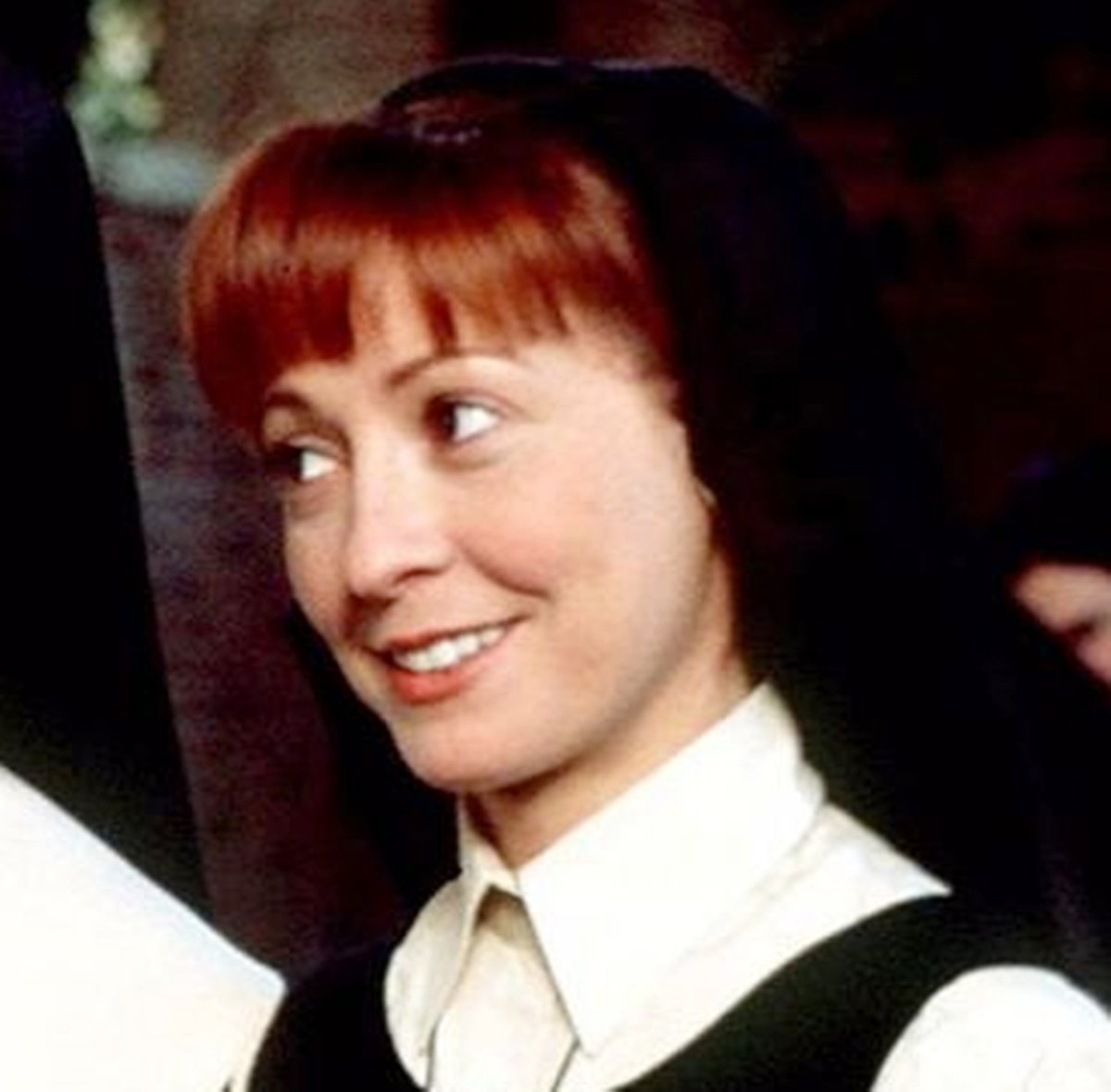 You could argue that the star of Sister Act was actually Wendy Makkena in her role of Sister Mary Robert, the shy nun who, with the help of Sister Mary Clarence eventually found her voice.

Sister Mary Robert is a novice, and she navigates the unusual world of these nuns along with our hero Deloris.

She ends up showing off a spectacular singing voice, but sadly Makkena was only miming in the role of Mary Robert, as the singing was provided by a professional called Andrea Robinson!

Born in Manhattan and trained at the prestigious performance school Julliard, Makkena was a prolific stage actress in the 80s, but the 1992 film Sister Act and Sister Act 2: Back in the Habit remain her best-known film roles. 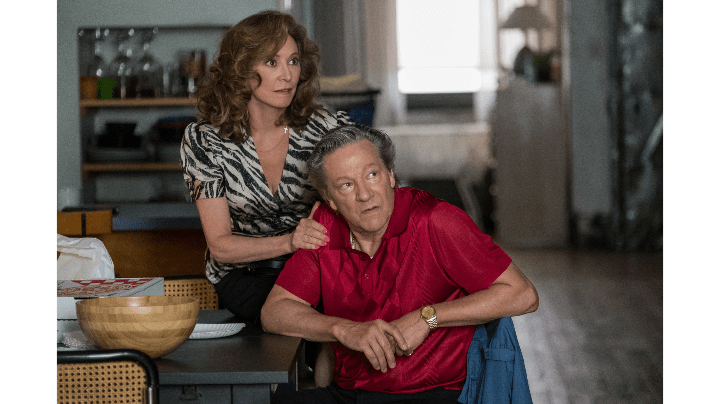 Two years after her first role in the Sister Act cast, Makkena starred in the comedy movie Camp Nowhere, appearing alongside Superman star Christopher Lloyd. She also featured in the 1998 LGBT drama Finding North, the sitcom A League of Their Own and NCIS.

Most recently, Makkena starred in the biographical drama A Beautiful Day in the Neighbourhood, which was nominated for countless awards. 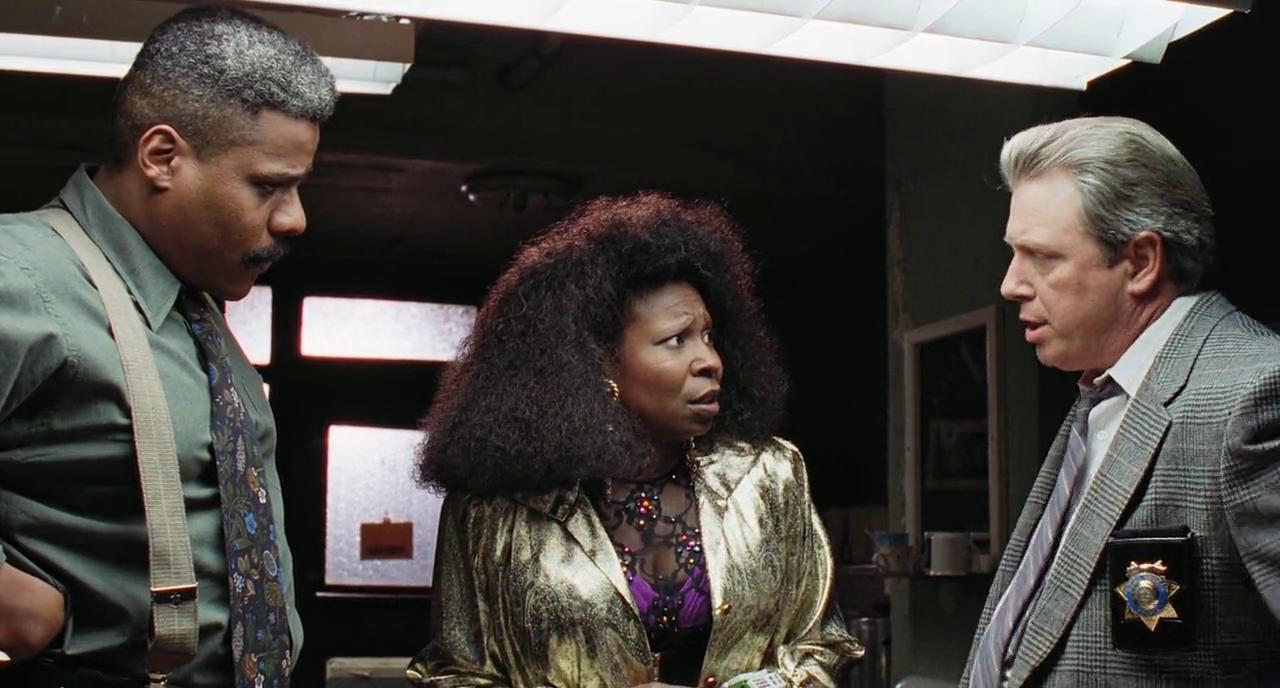 You may have also seen him in Spike Lee’s film Do the Right Thing, as well as in Sam Raimi’s Spider-Man trilogy. 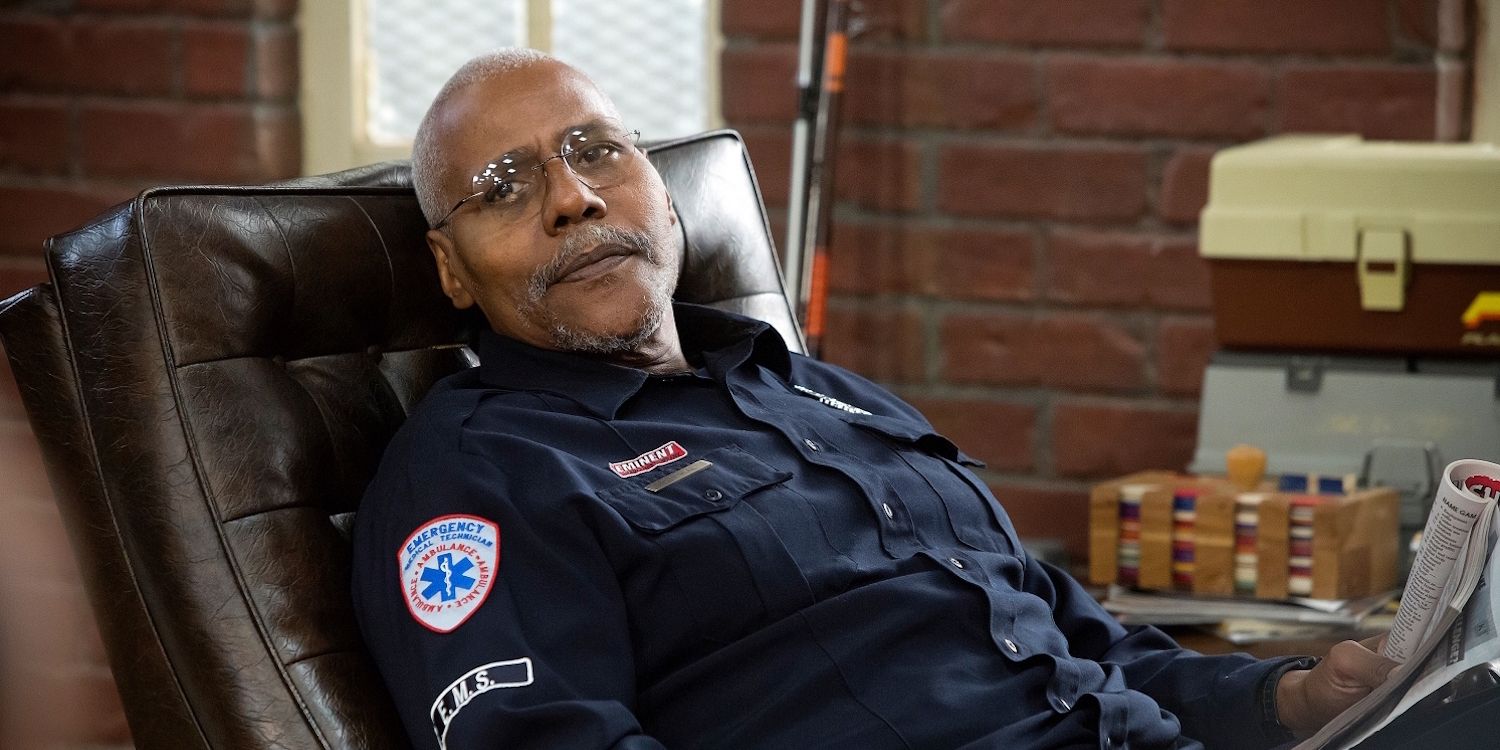 A close friend of Spike Lee’s at Moorhouse College in the 60s, Nunn made his film debut in this famous director’s 1988 movie School Daze.

His TV credits include The Job, Randy and the Mob, and A Raisin in the Sun. Nunn was also known for his outreach work among his local community in Pittsburgh, Pennsylvania. 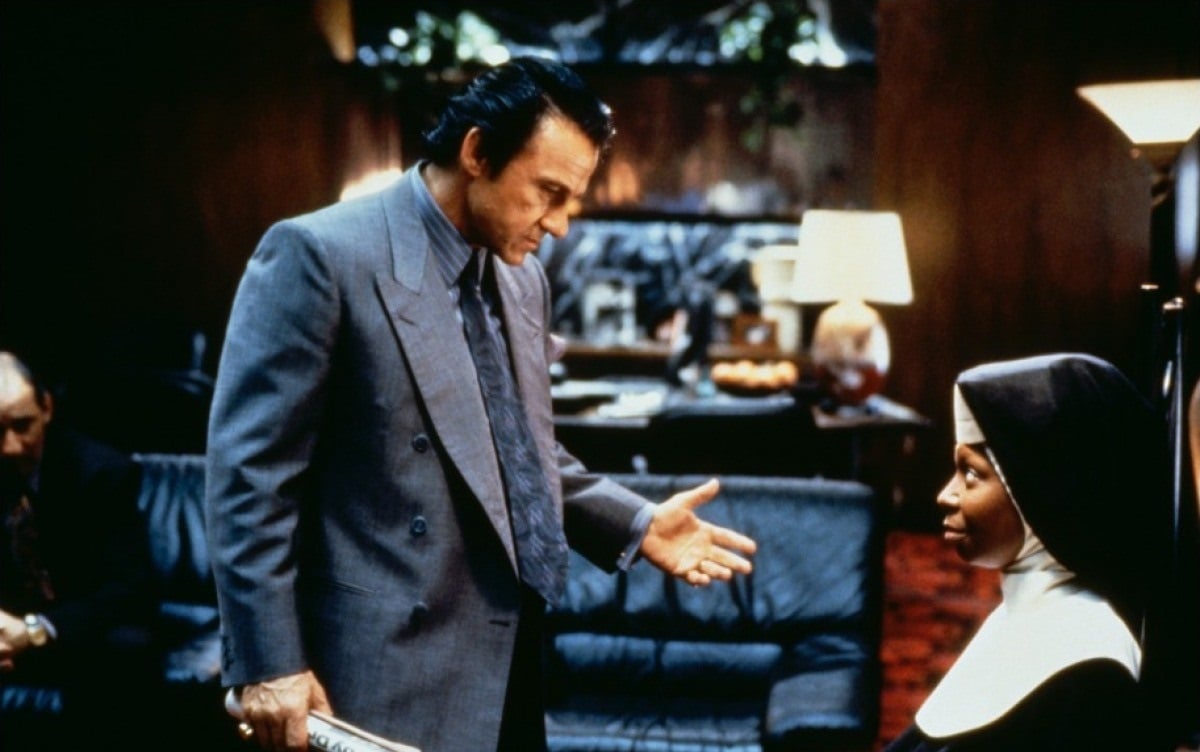 The brilliant Harvey Keitel played gangster Vince LaRocca, but he was also very well known for his brilliant performances in films such as Mean Streets and Taxi Driver.

The Brooklyn-raised star had a varied career before acting, as he enlisted with the Marines at the age of 16 and was posted to Lebanon in the 1958 political crisis. 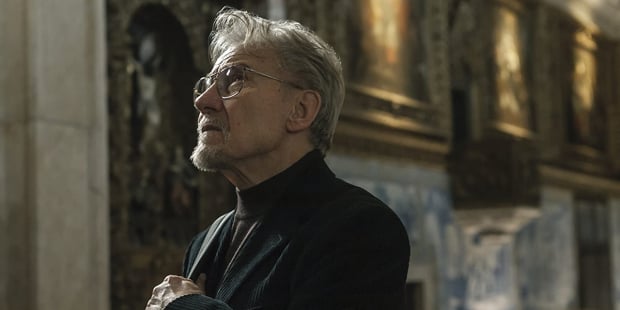 He later worked as a court reporter back in the USA.

This critically acclaimed actor became the co-president of the Actors Studio with Al Pacino and Ellen Burstyn five years after Sister Act – a job he kept until 2017. 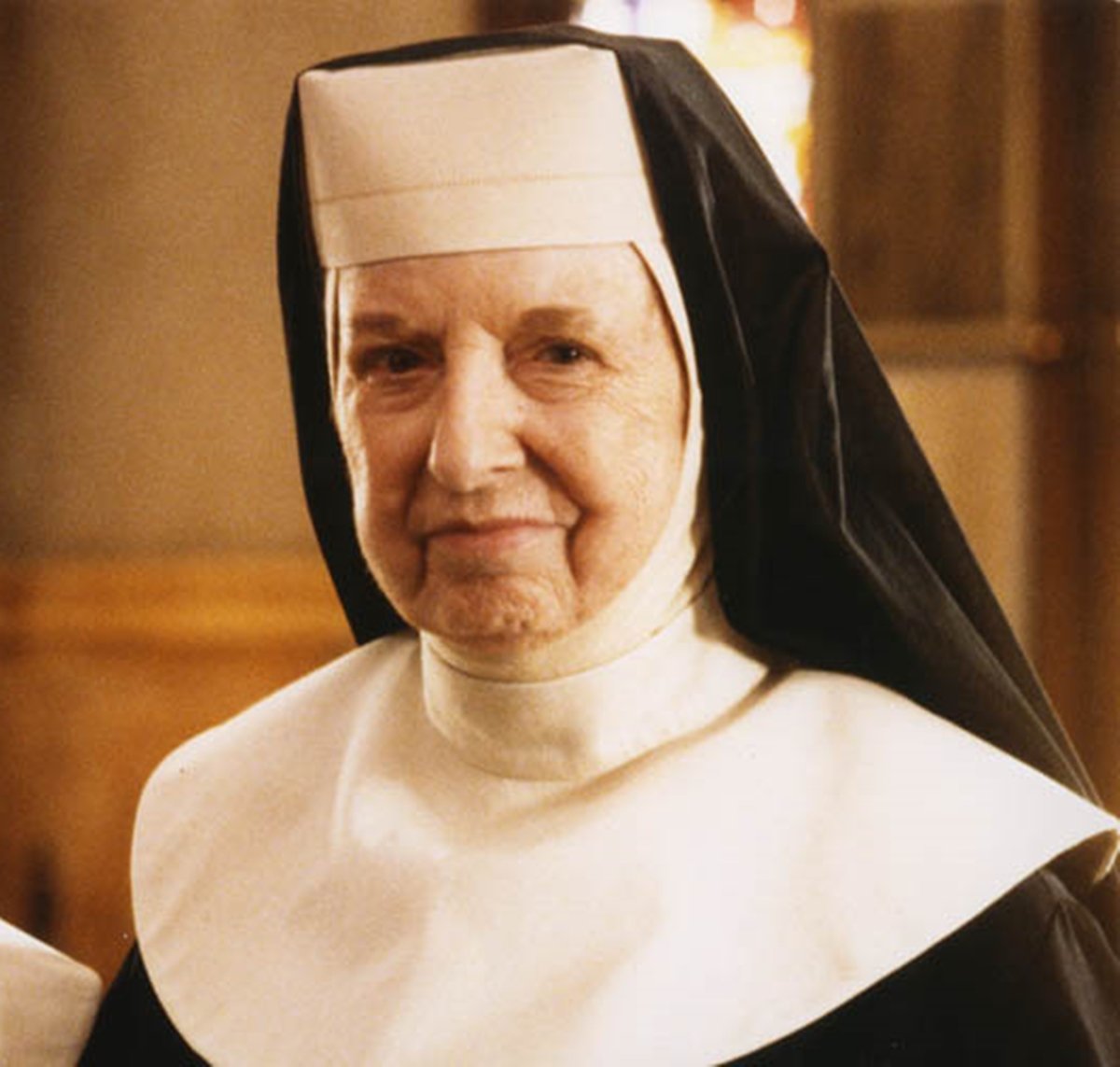 We also need to mention Mary Wickes who was fantastic in the role of Sister Mary Lazarus. She made her name in comedy for playing austere women of authority who always have a sassy quip to hand.

Sister Mary Lazarus and Sister Mary Patrick are among the first nuns to befriend the newcomer Deloris.

Wickes didn’t always think she’d become an actress. An exceptional student at Beaumont High School in St Louis, Missouri, she skipped two grades and graduated at 16 with dreams of becoming a lawyer.

However, after trying out acting at university, she landed a Broadway role in 1934’s The Farmer Takes A Wife, and soon moved into show business.

She appeared in almost 50 movies before she joined the Sister Act cast, including Postcards from the Edge where she co-starred with Meryl Streep and Shirley MacLaine.

Sadly this Sister Mary Lazarus actress passed away in 1995 aged 85. Her last ever character was a voice role in Disney’s The Hunchback of Notre Dame.

Do you remember Sister Mary Patrick, Sister Mary Robert and Mother Superior? Be sure to share this post with your friends and family so they too can find out what the Sister Act cast look like today!