By the late 90s, Kathy Najimy was one of the most recognisable actresses working on the big and small screen. With her quirky humour and offbeat delivery, she quickly became sought after to play the kinds of funny roles that would later become her trademark.

However, despite appearing in some of the biggest comedies of the decade alongside bona fide legends like Whoopi Goldberg and Bette Midler, Najimy’s star didn’t ascend in quite the same way.

Kathy Najimy seemed to just vanish overnight, but the real story is actually far more interesting. From some of the most iconic voices in the world of animation to a hugely successful theatre career both onstage and in the director’s chair, here’s what Kathy Najimy is up to now! 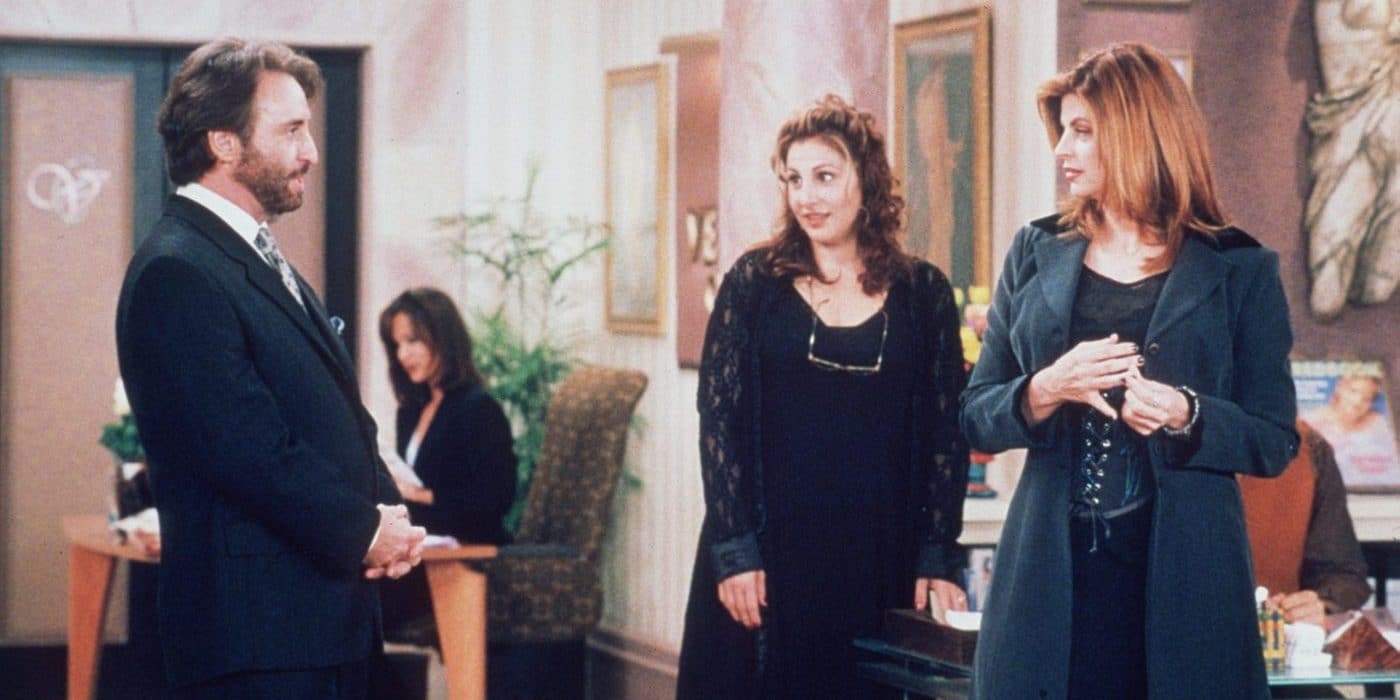 Kathy Najimy was born in San Diego in 1957 to Lebanese-American parents, and her father was a postal worker. She graduated from San Diego State University in 1995.

Unlike the majority of actors in Hollywood, Kathy Najimy have a swift rise to success. She didn’t get a side gig as a waitress while running from audition to audition, competing with 1000s of other people for the same bit parts or for work as an extra on a medical drama.

Instead, Najimy began her career by making the work that she wanted to see in the world. When she was in her mid-20s, she collaborated with fellow actress, comedian and activist Mo Gaffney to create The Kathy and Mo Show, which premiered in 1986. 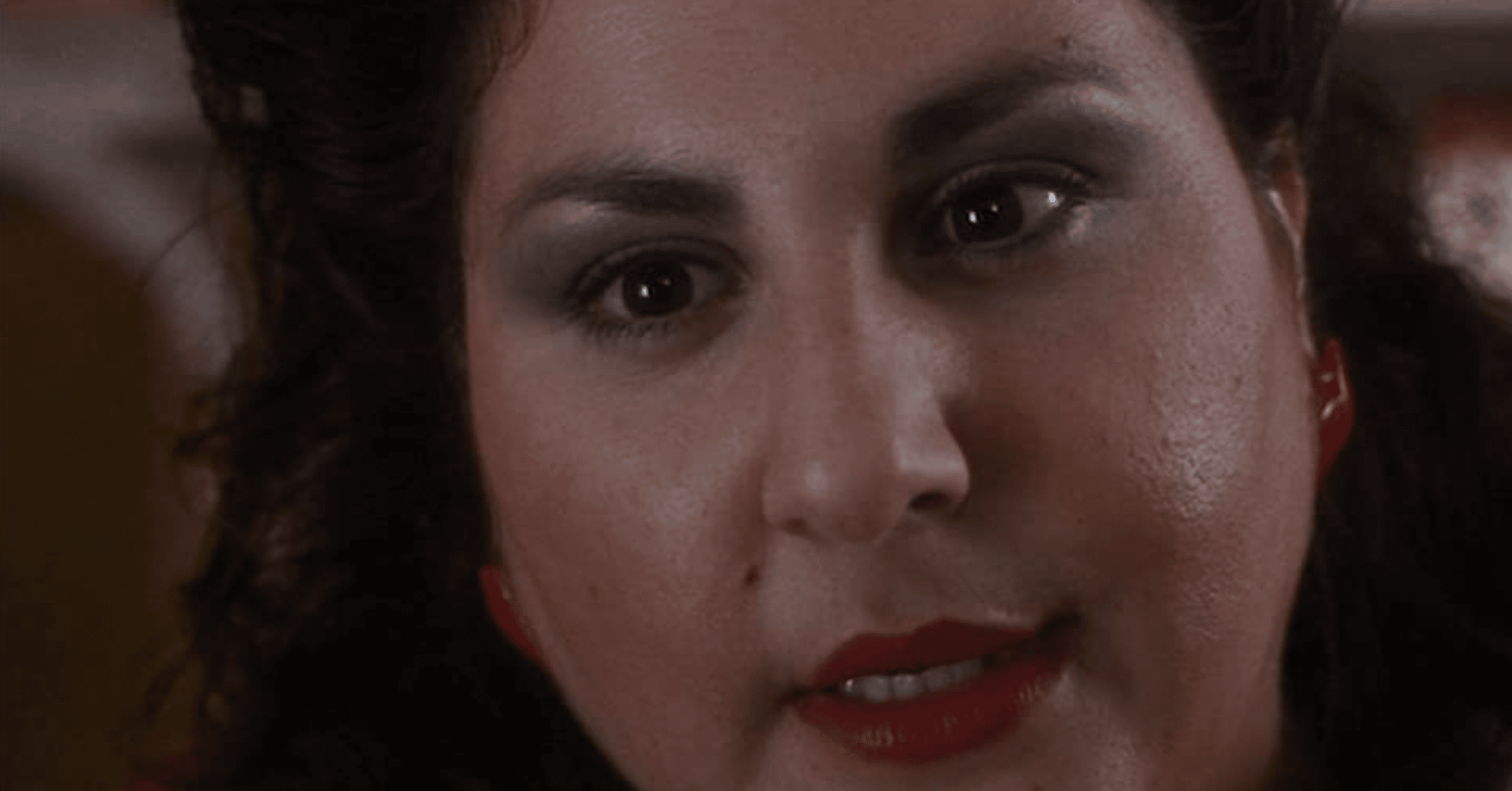 The success of The Kathy & Mo Show allowed Kathy Najimy to break into the world of television without the usual ladder-climbing that goes along with getting started in the entertainment industry.

Around the same time as the two Kathy & Mo Show specials were being made, Najimy also had the chance to break into film. She was given featured roles in a number of early 90s movies, like American dramedy The Fisher King and buddy cop action comedy The Hard Way.

Along with This is My Life and Soapdish, these movies showcased Najimy in offbeat and outlandish character roles, which showed off her comedy chops and her willingness to take her performances to strange places. 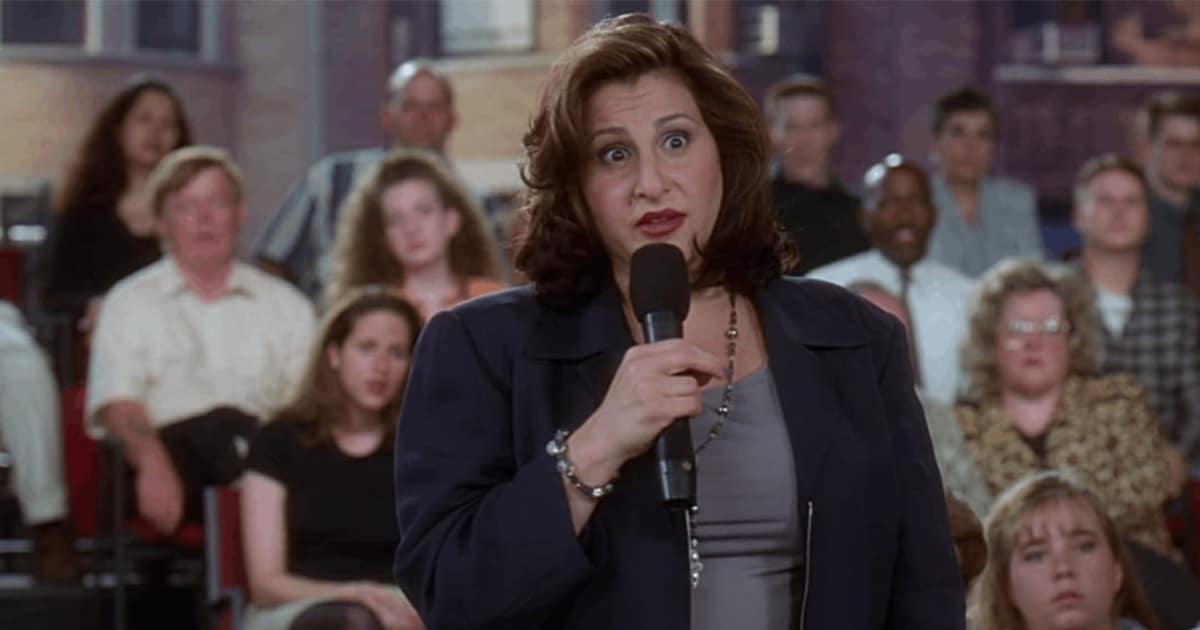 Both Soapdish and This is My Life also allowed Kathy Najimy to work with comedy legend Carrie Fisher. The two got on amazingly on set, and would later reunite again, as Carrie Fisher was instrumental in getting the movie made that most consider to be Najimy’s big break.

When Sister Act was still in preproduction, the script was overhauled on incredibly short notice, leaving massive gaps in the story that had to be rectified immediately. Fisher stepped in to develop the script and get it made, single-handedly saving the production.

1992 and 1993 saw Kathy Najimy take on two of the biggest roles back to back: Sister Mary Patrick in Sister Act, and Mary Sanderson in Hocus Pocus. Both movies were Disney projects with a family slant but a slightly edgy sense of humour and capitalised on Najimy’s ability to play a believable but exaggerated character. 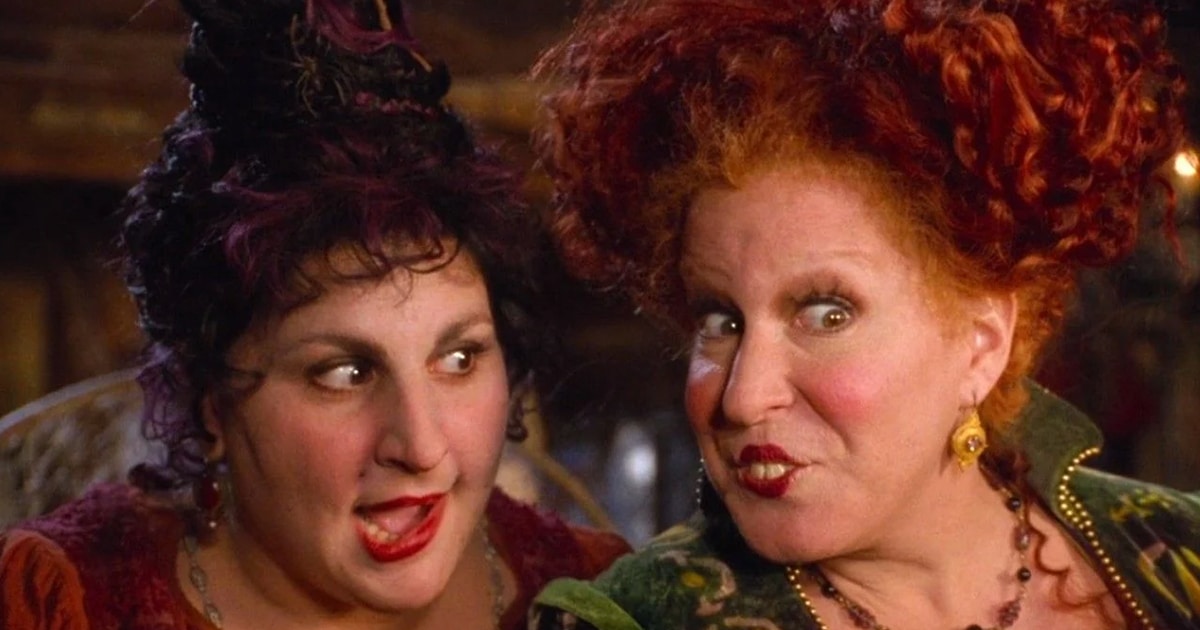 Though both movies were immediately beloved, Najimy was initially nervous about playing Mary Sanderson in Hocus Pocus. Though she wasn’t worried that her portrayal of a bumbling nun in Sister Act would offend, she was concerned that her performance of the nervous and soft-touch Mary Sanderson would upset real witches, and almost declined the role for that reason.

Thankfully, she was eventually convinced to take on the role, and made it instantly recognisable with her choice to give Mary Sanderson a signature lip quirk and nasally, stuffed-up voice.

Though many actors struggle to move from film into theatre or from television into film, Kathy Najimy managed to conquer all three mediums with relative ease. After her period dominating cinema, she pivoted to television before anyone could really notice, quickly becoming a familiar presence on a number of different series.’ 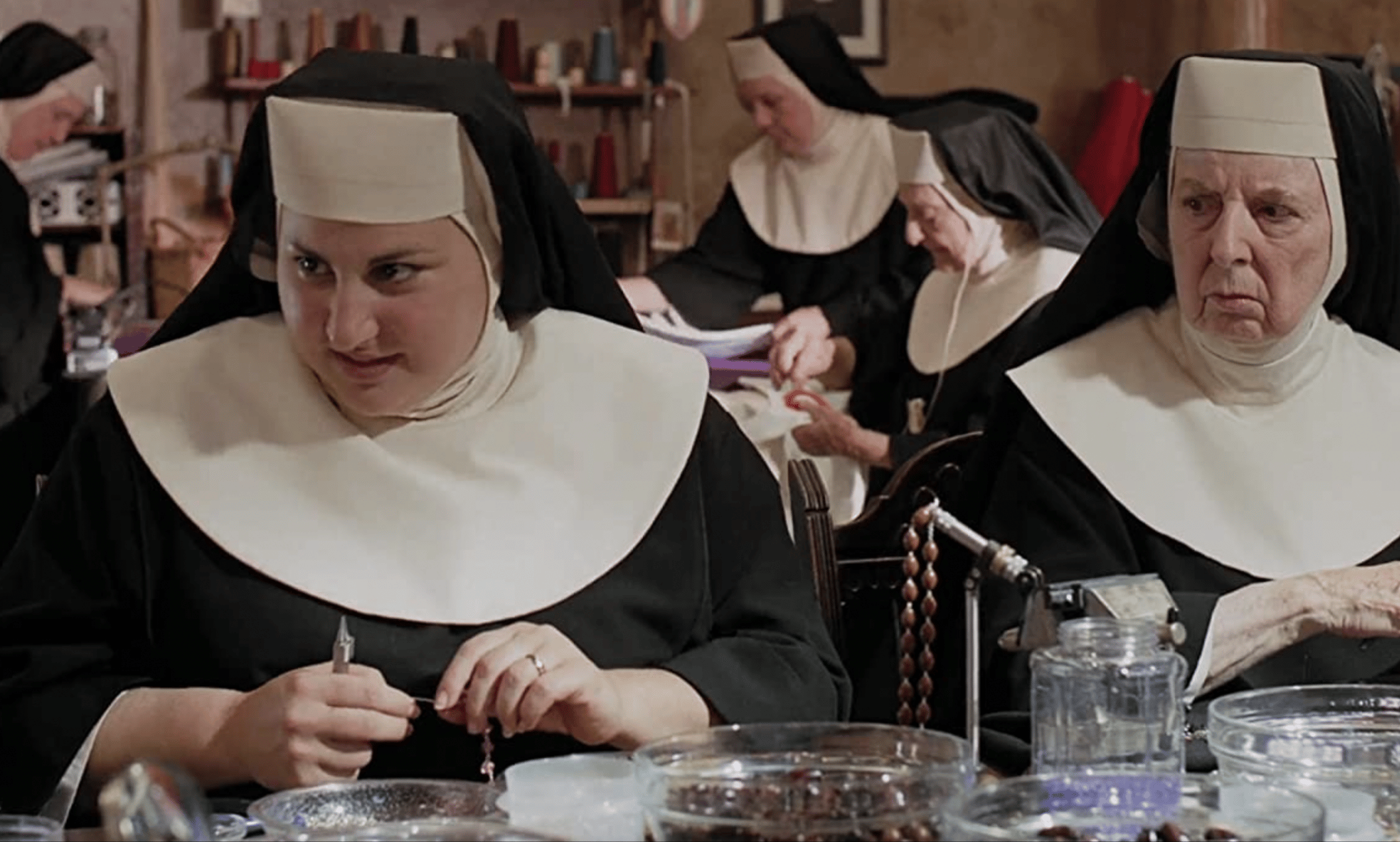 As well as having a featured role on the Kirstie Alley star vehicle Veronica’s Closet from 1997 to 2000, Kathy Najimy also bagged herself a recurring role on the medical procedural Chicago Hope. More recently, she spent four seasons playing veteran reporter Wendy Keegan on HBO’s Veep.

Najimy also clocked up a number of high-profile guest star spots that saw her cameo as some zany character, on everything from Ugly Betty and That’s So Raven to Drop Dead Diva and Desperate Housewives.

In 2021, she starred in the Christmas romantic comedy Single All The Way. She and Jennifer Coolidge, both widely considered to be gay icons, play middle-aged sisters Carole and Sandy who are fussing over the love life of Carole’s gay son.

Though Kathy Najimy went straight from performing The Kathy & Mo Show off-Broadway to cultivating a successful film career, she never abandoned either her love for the stage or her devotion to creating new work herself. 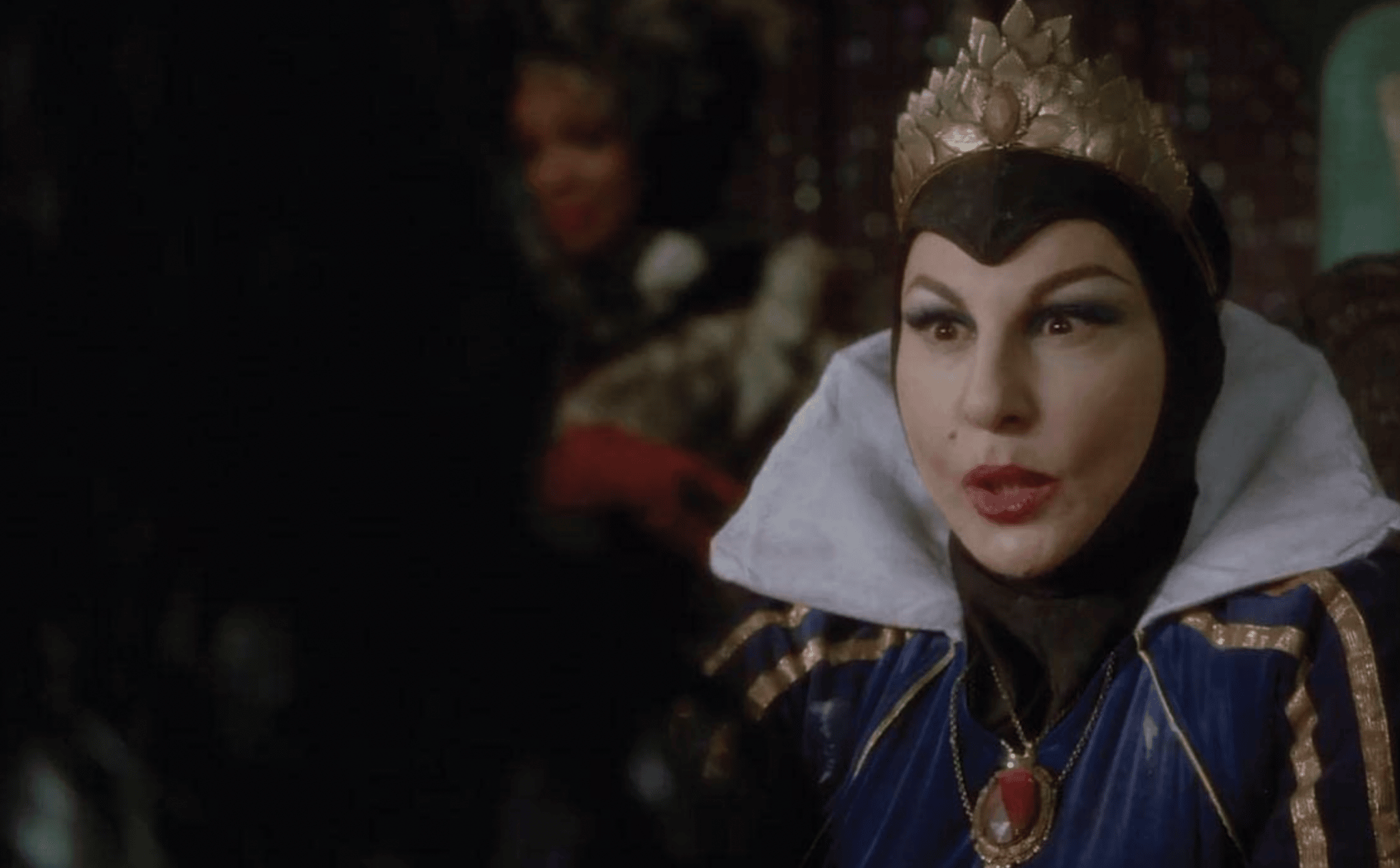 Whilst balancing numerous television commitments, Najimy still had the time to write and produce Gloria: A Life, an off-Broadway play about the life of Gloria Steinem.

Aside from her acting, Najimy has also written and directed monologues for Glamour Magazine since 2012, with actresses like Olivia Wilde and Amy Schumer performing her work.

Najimy’s work in the director’s chair doesn’t extend to only theatre either, as since 2017 she has been working on a documentary profiling and examining the 53% of white women who voted for Donald Trump in the 2016 election.

Najimy is close friends with American cosmetics entrepreneur Victoria Jackson. When Jackson’s teenaged daughter was diagnosed with neuromyelitis optica (NMO), a disease that causes blindness and paralysis, Jackson started a charity to raise awareness – and Najimy worked alongside her to tell her family’s story. 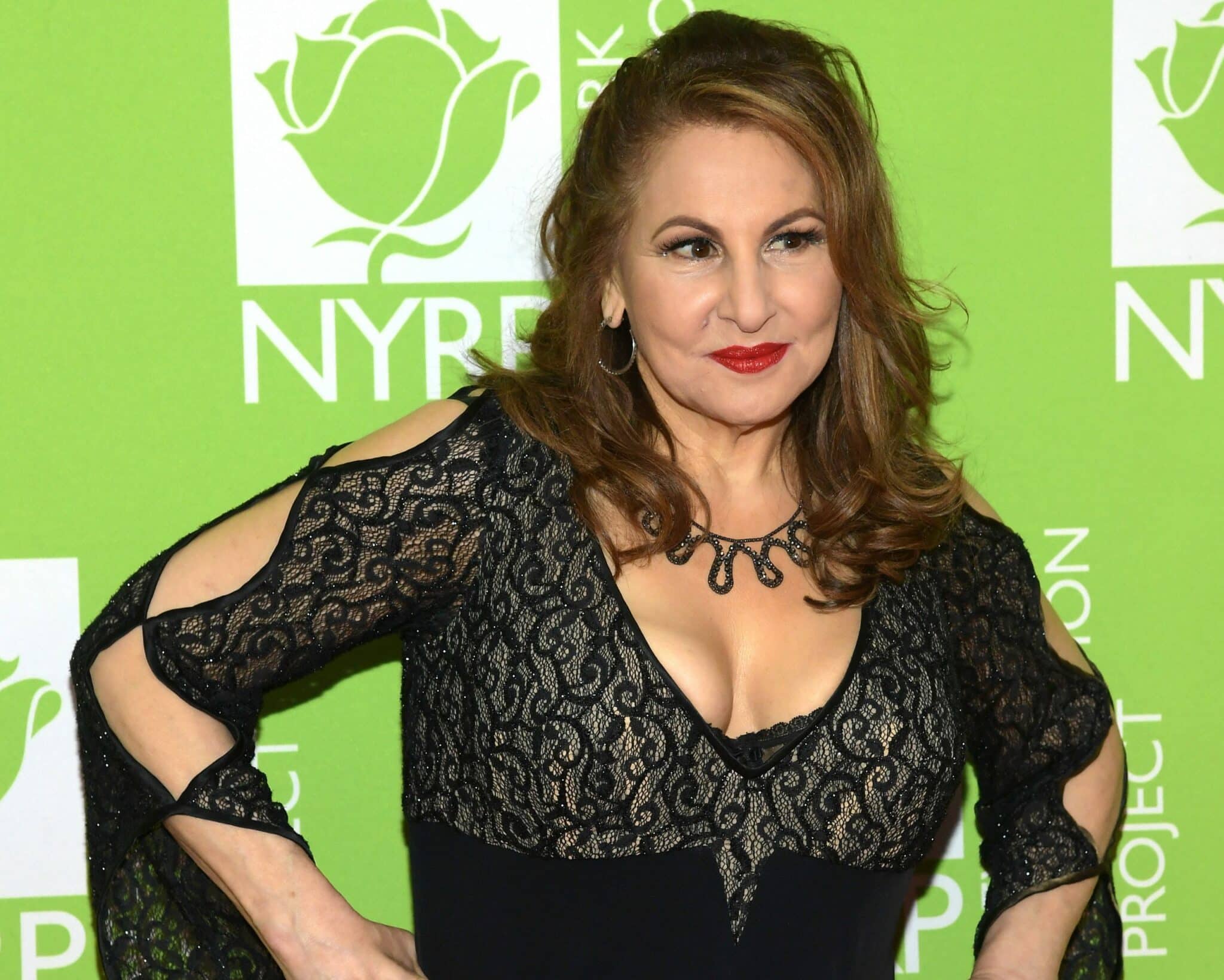 Since Hocus Pocus, Najimy has become a prominent voice actor in various Disney properties including The Jungle Book, Brother Bear 2, Tangled: The Animated Series, Hercules and Tinkerbell. Her other voice credits include the existential dramedy Bojack Horseman and Peggy Hill in Fox’s King of the Hill.

Today, Najimy lives in Los Angeles with her husband Dan Finnerty (a singer) and her daughter Samia Najimy Finnerty, who was born in 1996. Samia has entered the industries of both of her famous parents, starring in Gotham and 2021’s Let Them All Talk.

One of Kathy Najimy’s biggest hobbies is Zumba, a type of Latin-inspired aerobics. In 2012, she made headlines after she attributed her 50lb weight loss to Zumba, quipping,  “Who would have ever thought I’d be the face or the body or the person who would advocate any kind of fitness?”