Remember Kathleen Turner? Here’s What She Looks Like Now!

Why is it that Hollywood’s gorgeous leading men often stay on the A-List for decades, whilst many of their equally gorgeous female co-stars stay at the top for just a handful of years before fading from the limelight?

She had major roles that saw her starring alongside the likes of Steve Martin, Michael Douglas and Jack Nicholson, but what on earth happened to Romancing the Stone star Kathleen Turner? And what does she even look like these days? Read on to find out! 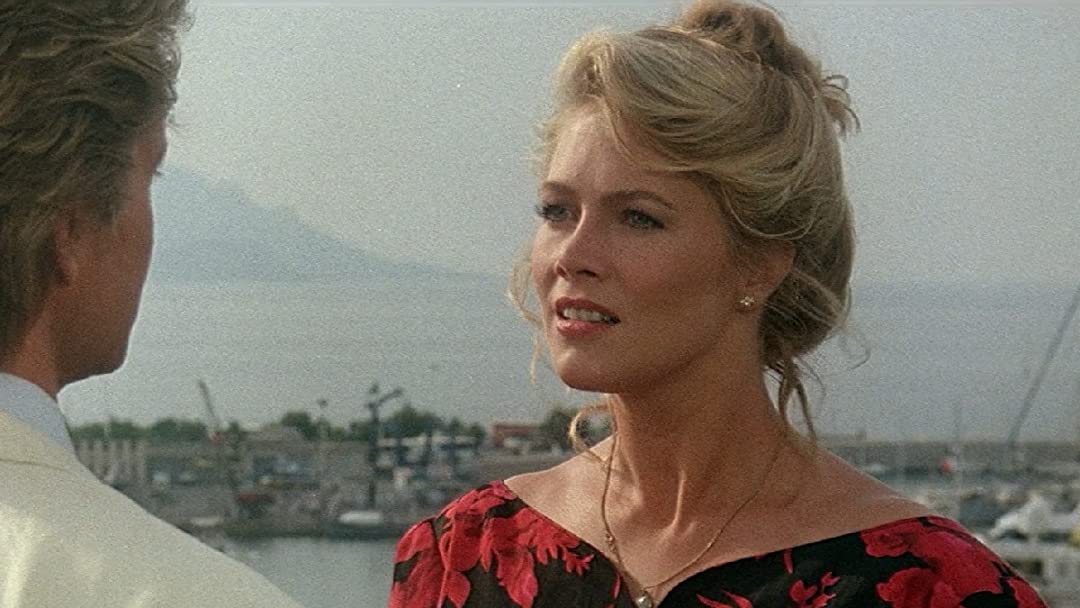 Born on 19th June 1954 in Springfield, Missouri, Kathleen Turner has revealed that she was raised in an extremely strict Christian household, by parents who were quick to discourage her growing interest in the performing arts.

“My father was of missionary stock”, Turner has been quoted as saying about her upbringing, “so theatre and acting were just one step up from being a streetwalker.” 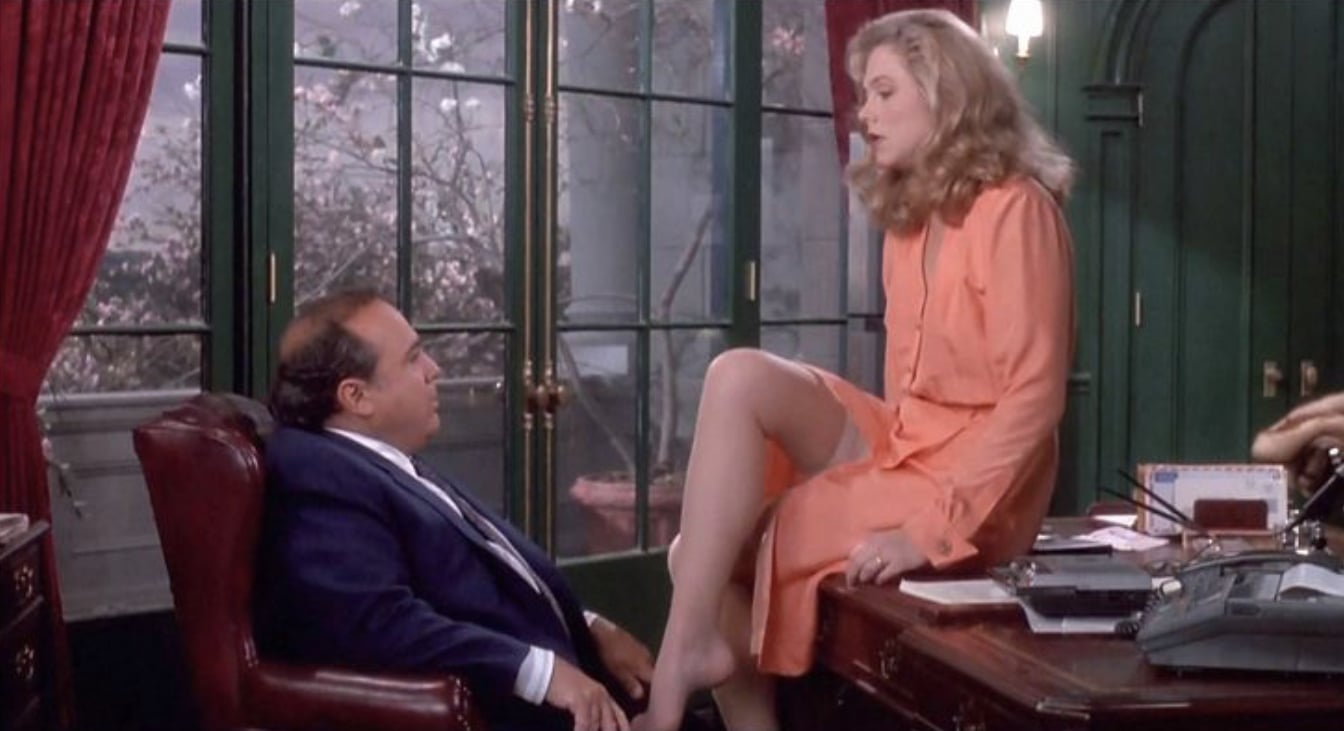 Her father worked for the US Foreign Service, so the family lived in many countries including Venezuela, Cuba and Canada. Kathleen eventually settled at a high school in London, where she broke free from her parents’ influence to follow her dream of becoming a stage actress.

“There were seven of us who were the theatre mafia,” Turner recalled of this formative time in her life. “We produced, directed, acted, chose the plays, got one teacher fired and another one hired.” 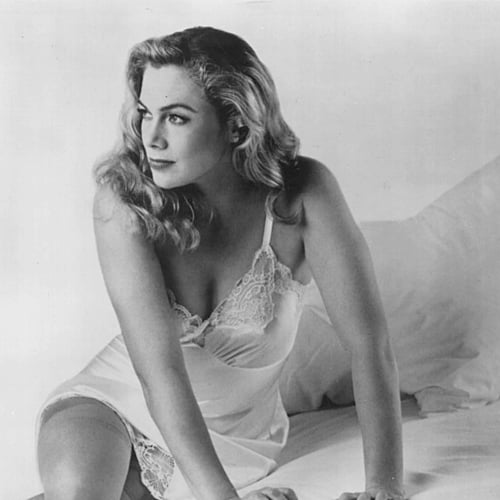 Kathleen’s father passed away suddenly when she was 17, and she and her family returned to Springfield, Missouri to live near her maternal grandparents.

Around this time, she started volunteering with a local branch of Planned Parenthood, which sparked a lifelong commitment to women’s rights and healthcare.  Today, she is on the Board of Advocates for Planned Parenthood of the USA, and she also works with City Meals On Wheels in NYC and the charity Child Help USA.

Turner studied Theatre at Southwest Missouri State University where she was spotted by the renowned stage director Herbert Blau. He invited her to continue her studies at the University of Maryland, where she received a Bachelor of Fine Arts degree.

After making her acting debut in a TV soap opera called The Doctors, Turner rose to prominence with a memorable big screen role in the steamy 1981 thriller Body Heat, a performance that very quickly made her one of the most popular and sought after actresses in Hollywood. 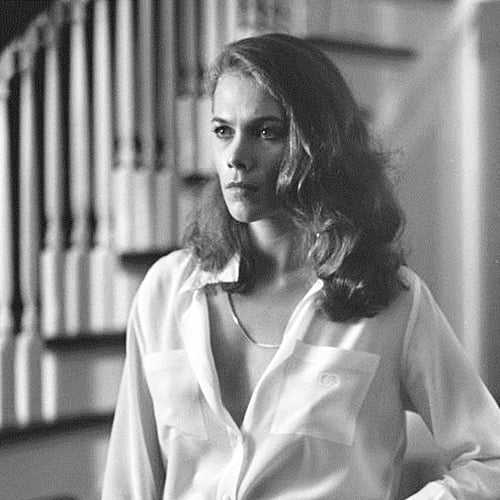 The success of Body Heat led to Turner starring in a string of box office hits, including comedy The Man with Two Brains and the brilliant Romancing the Stone, in which she starred alongside Michael Douglas and Danny DeVito. Michael Douglas, DeVito and Turner would team up again for War of the Roses and Jewel of the Nile.

Romancing the Stone and Prizzi’s Honor, released in 1984 and 1985 respectively, both earned Turner the Golden Globe Award for Best Actress in a Motion Picture Musical or Comedy. 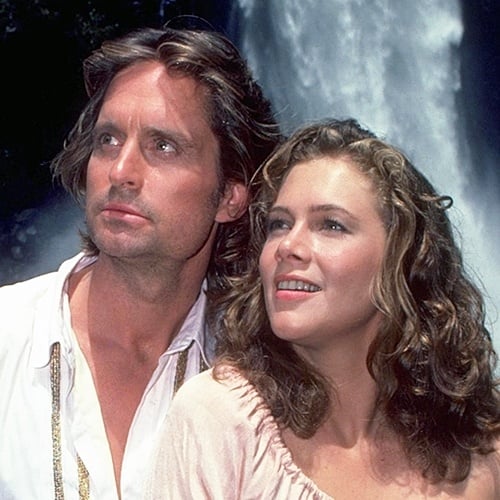 The critic Robert Ebert wrote of Prizzi’s Honor in 1985: “This is the most bizarre comedy in many a month, a movie so dark, so cynical and so funny that perhaps only Jack Nicholson and Kathleen Turner could have kept straight faces during the love scenes.”

In this movie, Turner plays a beguiling and glamorous mob assassin who works alongside Jack Nicholson’s Charley Partanna, a hit man in New York City.

“Prizzi’s Honor reinforced the image of me as a manipulative woman, though I must say there are moments in Prizzi when my character is just this newly-wed–she’s got her job, but she’s baking casseroles–that I like,” Turner told David Sheff.

“I don’t feel that sexual impact as much, but my husband and friends tell me it’s out there,” she added. “The truth is, I don’t really want to know too much.” 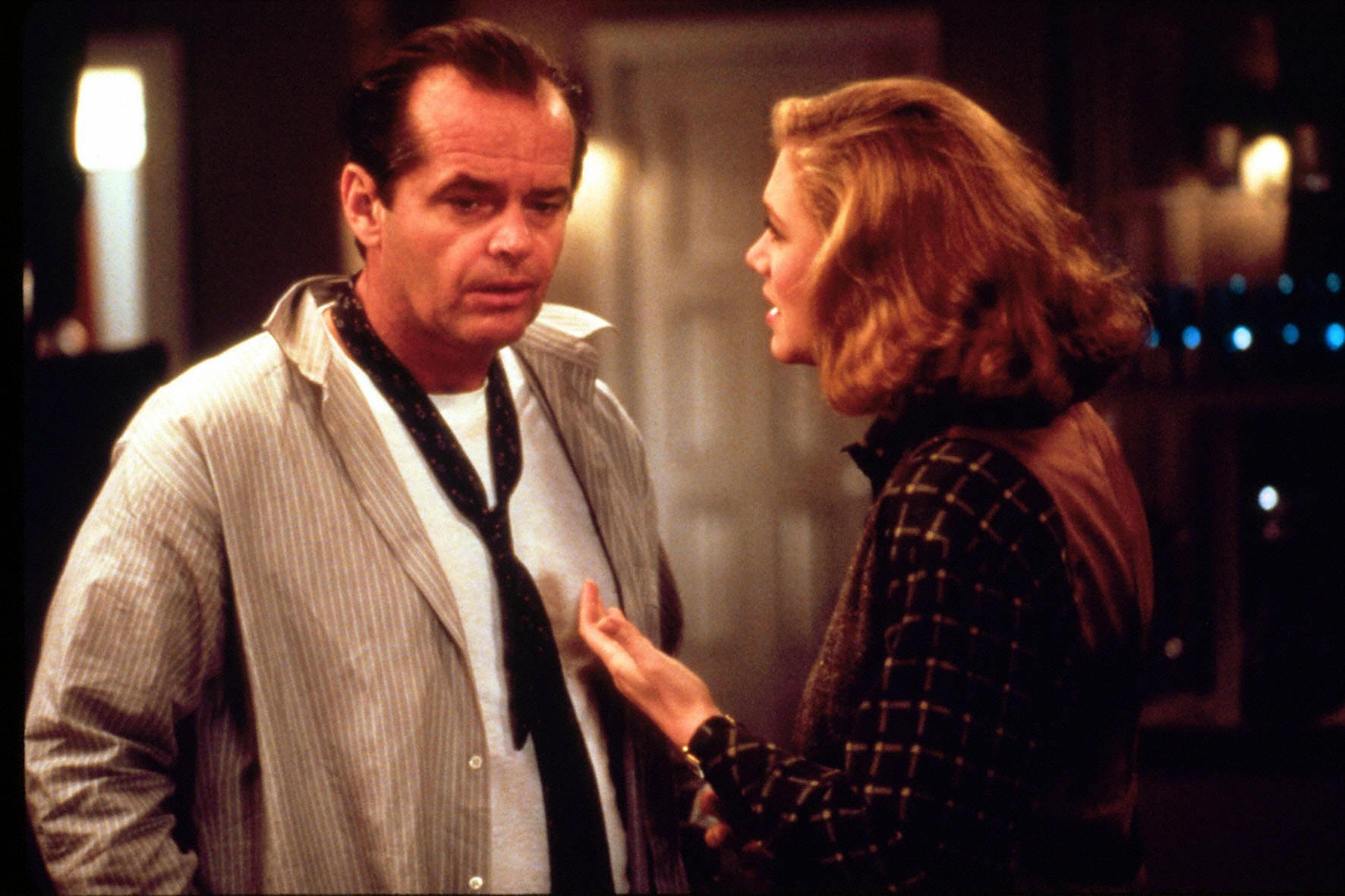 In the following year, Turner starred in yet another hit movie, Peggy Sue Got Married, where she plays the hero Peggy Sue – a time traveller who revisits her school days of the 60s.

Despite her Hollywood success, Turner never moved permanently to Los Angeles, reflecting in 2018: “It was a very hostile environment towards women. The way they treated women, the disrespect, the sense that you were just a prop.”

Turner may never again hit the heights of her award-winning mid-1980s heyday, but she’s enjoyed a spectacular stage career in recent decades. 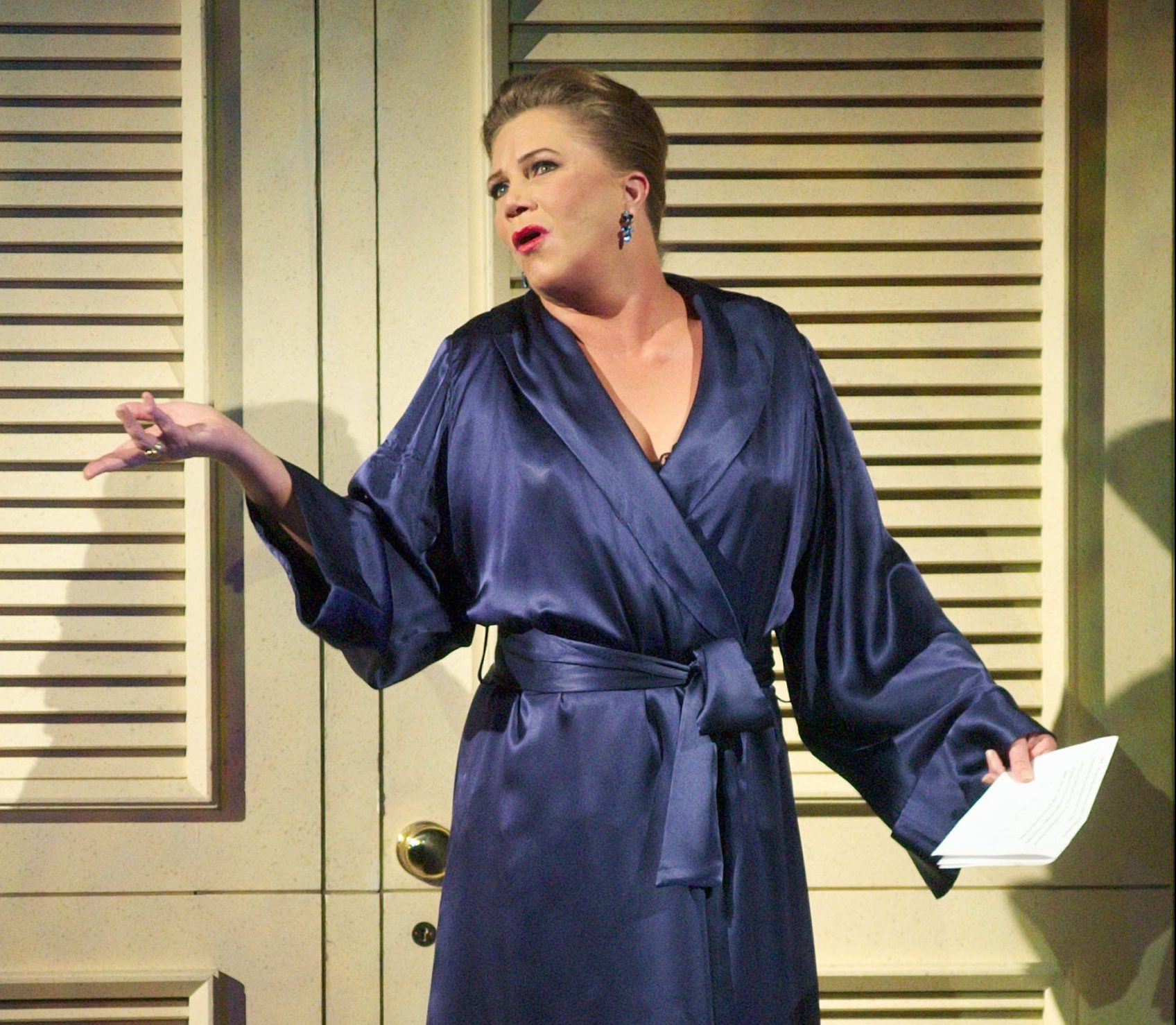 For three years, she played Martha in Who’s Afraid of Virginia Woolf? on Broadway, the West End and a national tour. The star won a second Tony for this role.

Perhaps surprisingly, though, Turner was no fan of the 1966 film version of this play, which starred Elizabeth Taylor as Martha. In a 2018 interview with Vulture, she said of the Hollywood legend: “For a while I felt like half my life was making her wrongs right… you ever listen to her voice? It’s awful.”

“I don’t think she was very skilled,” she summarized.”… But I was lucky that I got to do the play myself and show the humor in it, for God’s sake.”

In addition to a number of critically acclaimed performances on the stage, Turner starred in a number of subsequent films, including Undercover Blues, The Virgin Suicides and Beautiful.

She also used her famous gravelly tones to provide the voice of Jessica Rabbit in the 1988 film Who Framed Roger Rabbit. You may also remember her playing Chandler Bing’s drag queen father, Charles Bing, in the sitcom Friends. 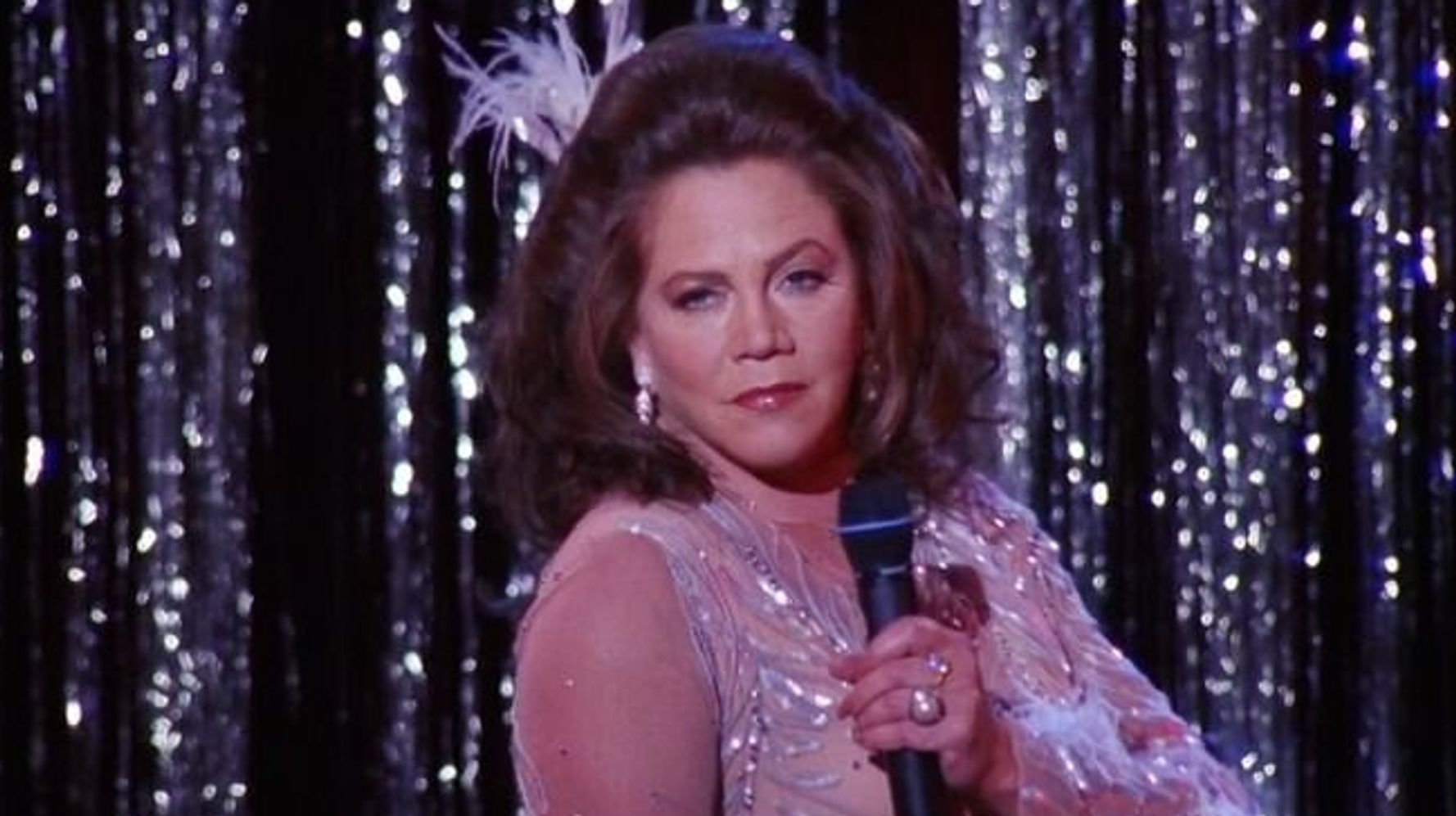 Turner had a mixed experience on the Friends set all those years ago, and later noted to Vulture that it was hard to get used to the cliquey cast.

“I’ll be quite honest, which is my wont: I didn’t feel very welcomed by the cast,” Turner noted of the sitcom. “I remember I was wearing this difficult sequined gown — and my high heels were absolutely killing me. I found it odd that none of the actors thought to offer me a seat.”

“Finally it was one of the older crew members that said, ‘Get Miss Turner a chair,'” she remembered. “The Friends actors were such a clique – but I don’t think my experience with them was unique.” 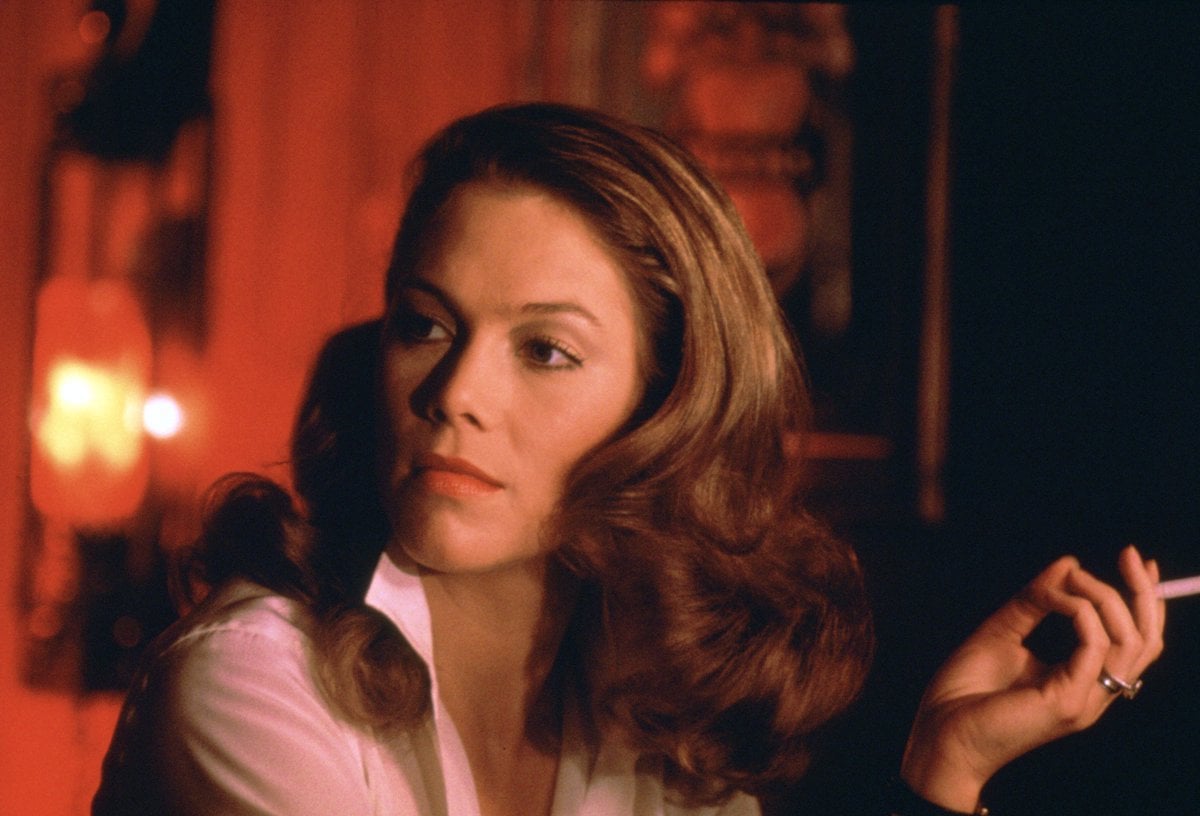 During the 1990s, Kathleen Turner was hampered by a diagnosis of rheumatoid arthritis, which she remembers gave her “inexplicable pains and fevers.”

By 1994, she couldn’t get out of bed without assistance. Although there is no cure for rheumatoid arthritis, Turner found that a gymnastic exercise plan helped her to manage her condition, as well as new biotech medicine.

In 2002, she led an education campaign about rheumatoid arthritis, noting: “The year before I was diagnosed was terribly frightening. I didn’t know what was happening to me.” 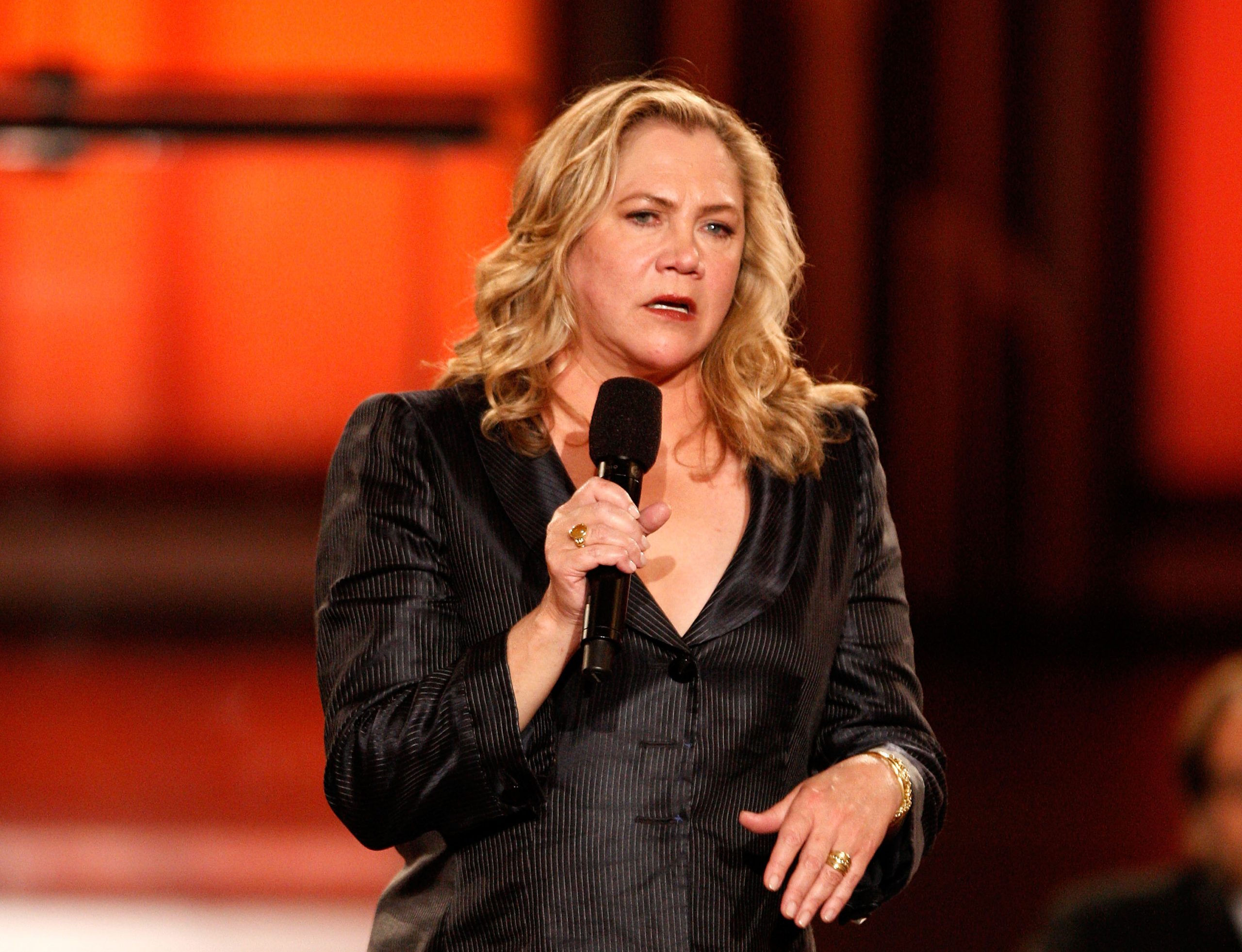 The attitude of others, particularly in the press, was often hugely disheartening to Turner while her illness took hold – but she refused to let this hold her back.

“I fired the doctor who told me I’d be in a wheelchair for the rest of my life after my diagnosis of rheumatoid arthritis in 1992,” she told The Guardian in 2018. “I can’t exaggerate what a battle it was against the endless pain and fear of what I’d end up like.”

“I kept my illness a secret for years, I had no choice,” she elaborated. “I was called a drunk and had awful things said about the way I looked, it was so cruel. Robert Downey Jr was known for his drinking, but the studios still hired him. But if I’d said I had a disease that wasn’t under control, no one would touch me.”

This Romancing The Stone star is still a sex icon 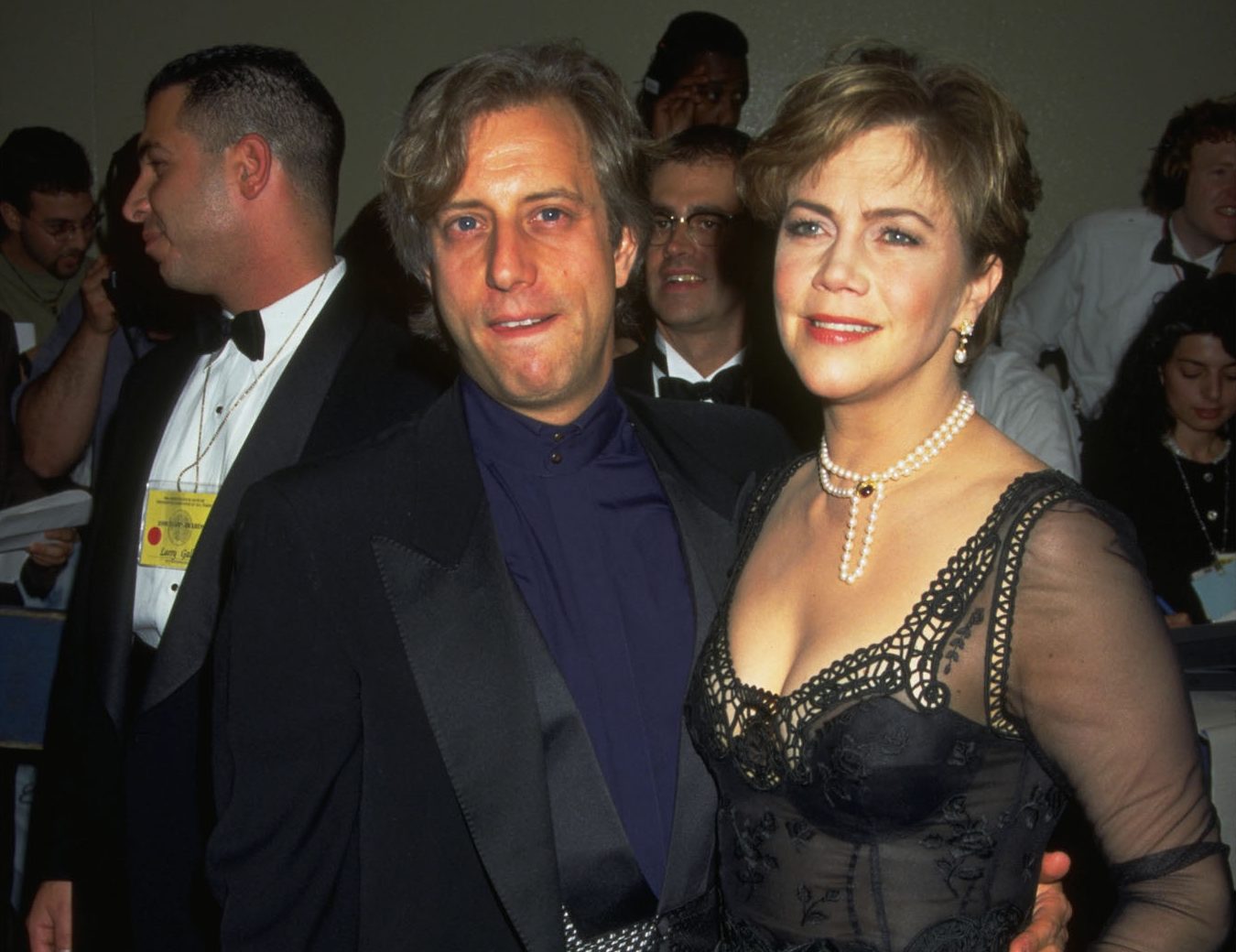 Kathleen Turner was married to real estate entrepreneur Jay Weiss, with whom she has a daughter, for 23 years until their divorce in 2007.

Now 66 years of age, the Jessica Rabbit star has no negative feelings about her time in the spotlight, saying “it doesn’t frustrate me that nearly four decades after [Body Heat] I’m still referred to as a sexual icon. I got over that a long time ago.”

Turner also has a talent for sharing her skills: she teaches Practical Acting at New York University these days.

Speaking to Shondaland in 2020, she said, “I do love teaching. I’m very good at it, I can help people understand.” 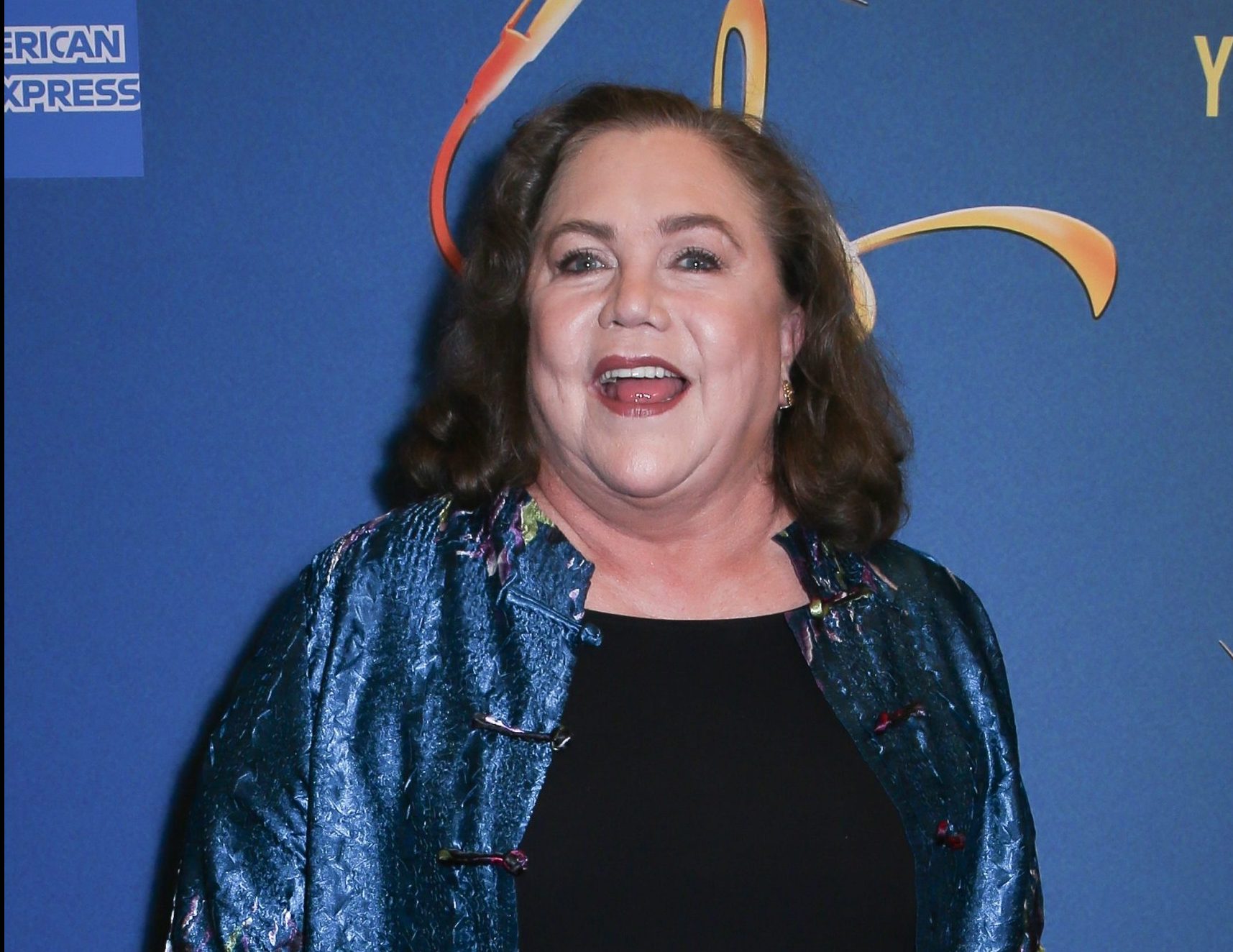 “I’m tough on them and I don’t take amateurs — only people who have a certain amount of skill,” she added. “Otherwise, I don’t think I’d be very effective.”

We say good for you, Kathleen Turner, and we hope to see you in the limelight for many more years to come.