What Happened to Jennifer Beals From Flashdance?

We absolutely love finding out what our favourite 80s actresses are up to today, and have recently lifted the lid on what became of Elisabeth Shue, Kelly McGillis and Kathleen Turner.

But there’s another former A-List actress who we hadn’t heard about for such a long time that we’d almost forgotten she even existed. So “take your passion” and most definitely “make it happen,” as we remember the gorgeous and talented star of Flashdance, Jennifer Beals.

Jennifer Beals was born on December 19, 1963. She was born in Chicago, Illinois, to grocery store owners Alfred and Jeanne Beals.

Beals is biracial. Her mother is Irish American and her father is African American. Beals’ mixed-race heritage is something that she admits had an effect on her when she was growing up.

The star has said that she “always lived on the outside with an idea of being the other in society,” but it wasn’t long before a high school play would inspire Beals to pursue a career as an actor. 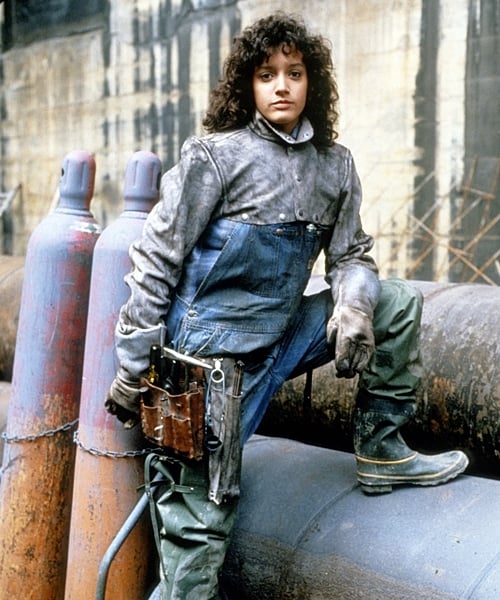 Her school’s production of Fiddler on the Roof, coupled with her watching Joan Allen in a play called Balm in Gilead, led to Beals joining a young people’s drama workshop whilst she also studied American Literature at Yale University. 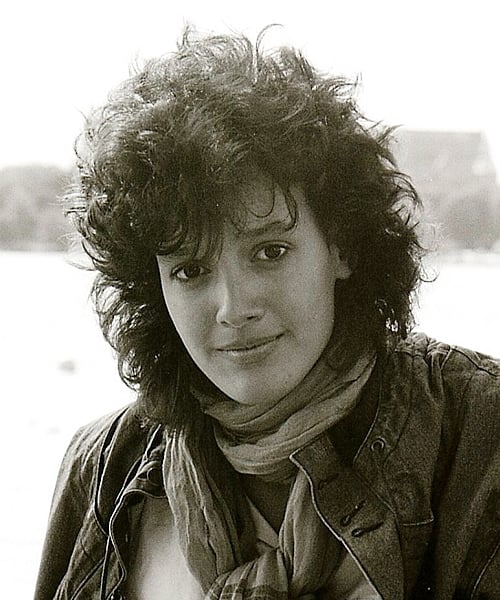 Beals would go on to complete her studies at a later date, but she took the brave decision to take a year out in order to star in a film that would be derided by critics. However, it would also go on to become one of the best-loved films of the 1980s.

Beals only had an uncredited role in the 1980 comedy-drama My Bodyguard to her name before she beat Demi Moore and Leslie Wing to the role of Alex Owens in the 1983 romantic dance film Flashdance. 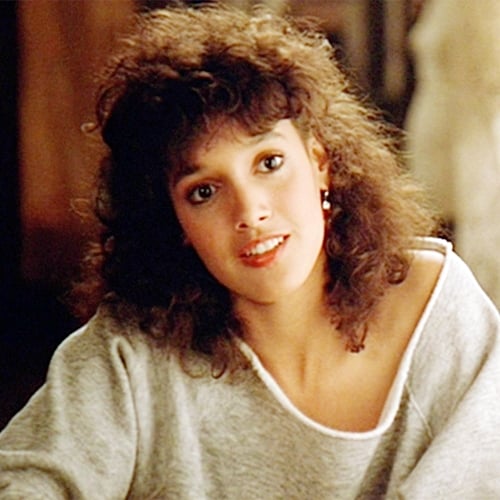 It’s definitely fair to say that Flashdance wasn’t expected to be a success, with director Adrian Lyne even revealing that he believed it was “kind of dumb, I wasn’t crazy about it, and I turned it down, a couple of times.”

Reviewers agreed, but as the likes of The Greatest Showman have taught us in the years that followed, the views of critics can often be completely irrelevant when it comes to feelgood music-based movies.

Flashdance featured some suitably over-the-top dance routines, most of which were not performed by Beals herself, but the film is perhaps best remembered for a promotional poster that would adorn the bedroom wall of many an 80s kid.

The film’s poster featured Beals sitting, hands between her legs, sporting her now-legendary off the shoulder outfit, a look that Beals created by accident when she accidentally shrunk her sweatshirt in the wash and had to cut a larger hole in it in order to fit her head through. 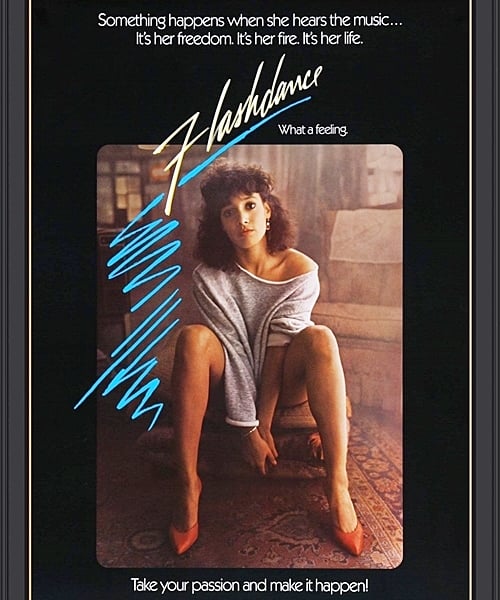 If things had gone differently then Beals could have become one of the biggest stars in Hollywood, but she admits to turning down a number of big roles – including a Flashdance sequel. Instead, she turned to smaller movie roles and TV shows. She has said, “I’ve never been drawn to something by virtue of how rich or famous it will make me. I turned down so much money, and my agents were just losing their minds.”

Nevertheless, thanks to her early fame, Beals has amassed an estimated net worth of $8 million.

The late Prince also offered her the main female role in his rock masterpiece Purple Rain, but by that time Beals had returned to Yale University, so was keen to concentrate on the completion of her studies.

Beals did not stop acting, however, appearing in nearly 50 films over the next four decades. Still, although Beals starred in films alongside the likes of Nicolas Cage and Denzel Washington, even the most ardent movie fan would fail to recognise more than a handful of the titles in her extensive filmography.

The star has also appeared in an impressive number of TV shows, most recently in The L Word sequel The L Word: Generation Q, on which she also acts as an executive producer.

In 2021, she joined the Star Wars franchise with the role of Garsa Fwip in the TV show The Book of Boba Fett. “I got to step into the world of Star Wars … which is an enormous calling,” she has said of this role. “Then I got to work with an incredible team to create a Twi’lek character that we haven’t seen before. I got to work with extraordinary creatives who are playful and have a palpable, childlike joy when it comes to this world.” 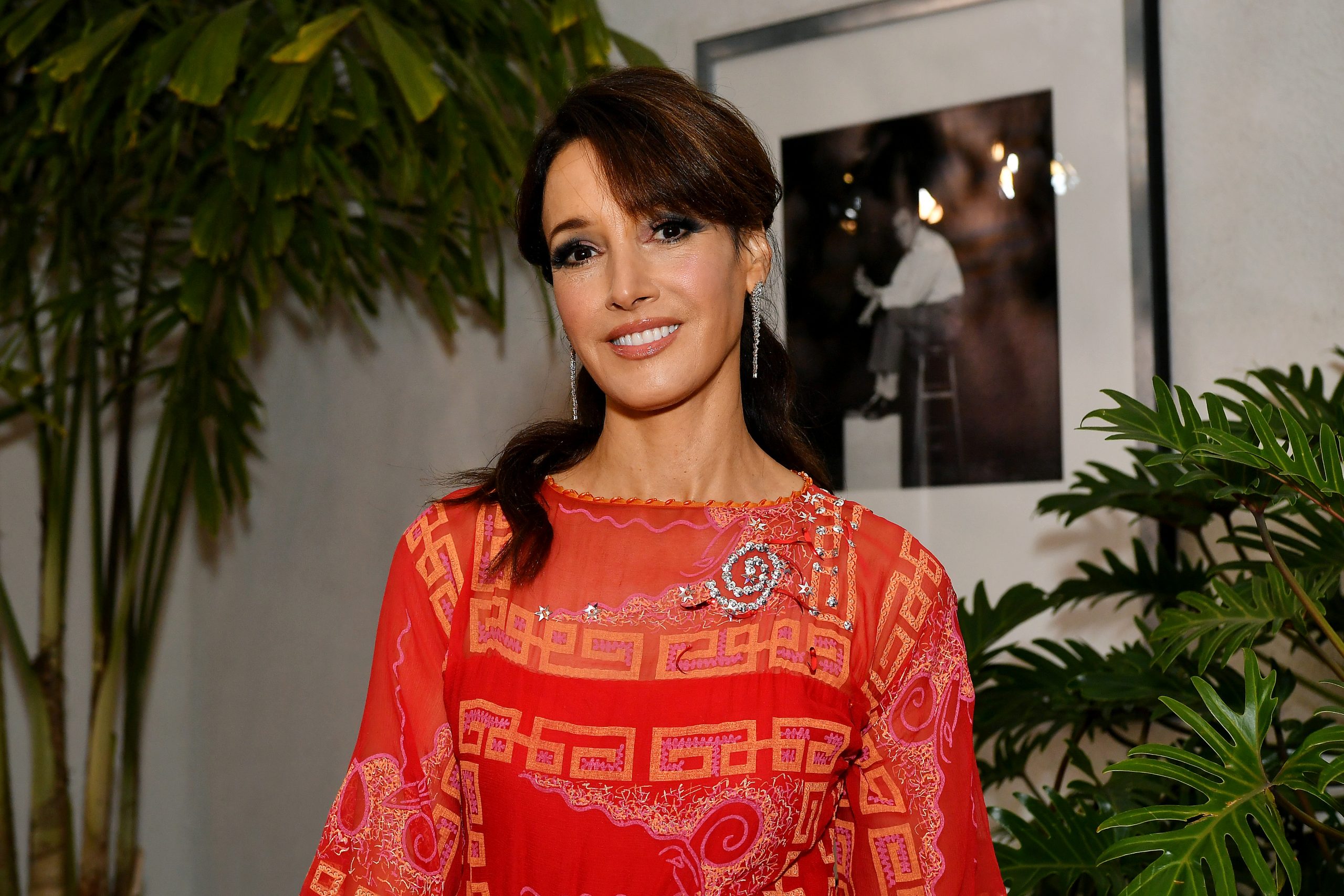 Beals, who has long been an advocate for gay rights and is a practicing Buddhist, has been married twice. She was married to Alexandre Rockwell between 1986 and 1996. Since 2006, Beals has been married to the Canadian entrepreneur Ken Dixon, with whom she has a daughter named Ella Dixon.

She is also a keen photographer and practices martial arts, but Jennifer Beals will always be best remembered for her Golden Globe-nominated performance in what is probably our favourite dance-based film of all time. All together now: “What a feeling, being’s believing. I can have it all, now I’m dancing for my life!”