Remember Fred Durst From Limp Bizkit? Here’s What He Looks Like Now

Fred Durst, vocalist for the band Limp Bizkit, became one of the most famous faces of the 90s with his beard and steely eyes. Now in his 50s, it’s fair to say he looks a lot different than in his heyday.

The real transformation in his look came about when Limp Bizkit performed at Lollapalooza in 2021. Stick around to see the strange look Durst is showing off nowadays! 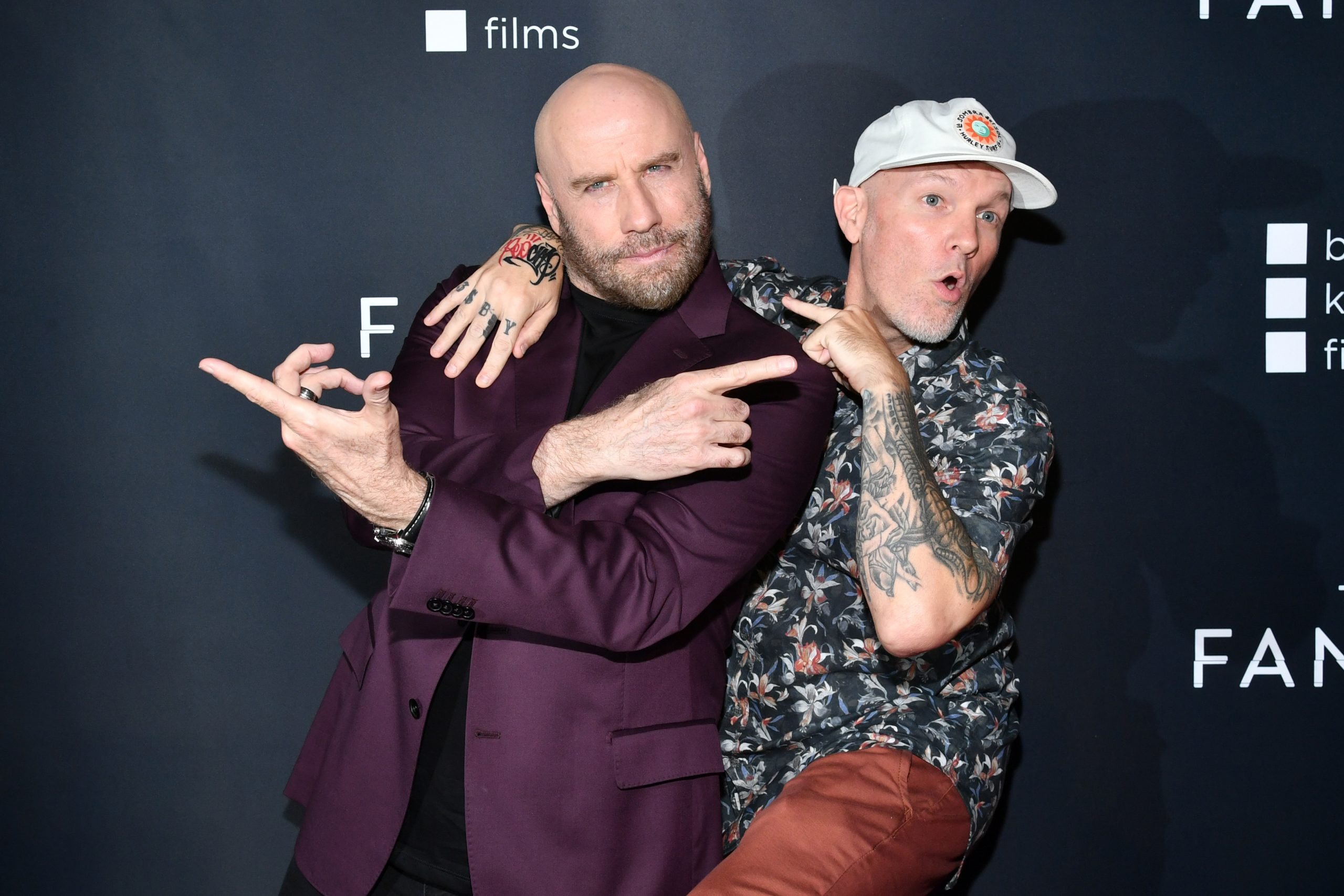 Durst has been lead vocalist for the nu-metal/rap-rock band since its formation in 1994. He grew up in Jacksonville, Florida, where he became interested in hip-hop, breakdancing, punk rock and heavy metal. While working as a tattoo artist and mowing lawns, Durst dreamt of creating a band that merged rock and hip-hop.

He later went on to join three different bands: Split 26, Malachi Sage and 10 Foot Shindig. Durst then persuaded the Malachi Sage bassist Sam Rivers to join him in forming a new group. Along with Rivers’ cousin John Otta, who studied drumming at the Douglas Anderson School of the Arts, and guitarist Wes Borland, Limp Bizkit was formed. 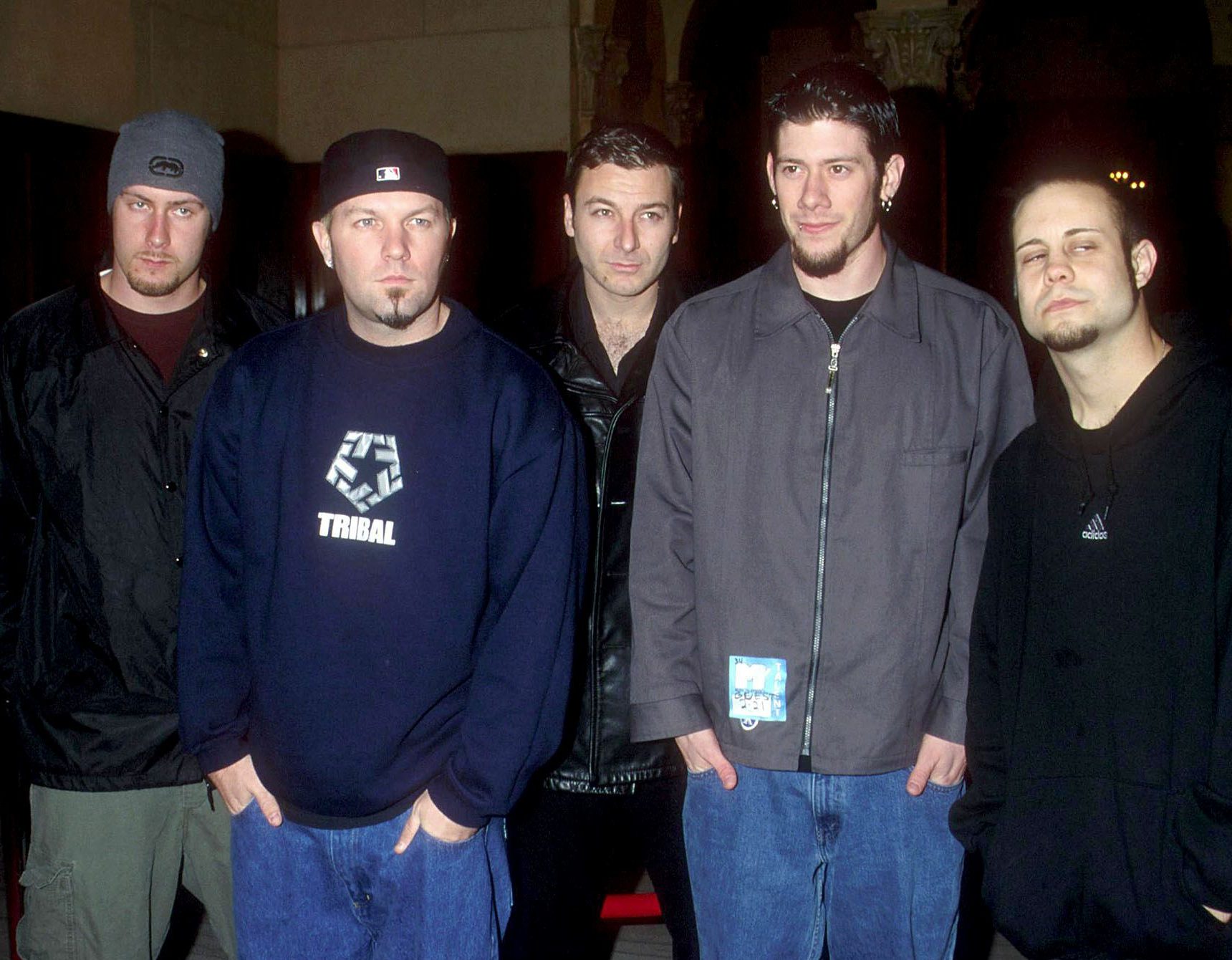 The band’s big break came after catching the attention of Korn bassist Reginald Arvizu. Korn were performing as the opening act for Sick of It All, and Durst invited the band to drink with him and tattoo them. Reginald agreed, and whilst the tattoos weren’t exceptional, Durst did persuade Arvizi to listen to a demo of three tracks: Pollution, Counterfeit and Stuck.

Korn agreed to take the unsigned Limp Bizkit on two tours, which gave the band the exposure and audience they needed to make it big. At this point, the band roped DJ Lethal to help add the hip-hop element to their hybrid style band. Guitarist Borland in particular won fame for his masks and the costumes he wore onstage, which ranged from full-coverage body paint to Speedos. In 2001, however, Borland quit the band due to creative differences. 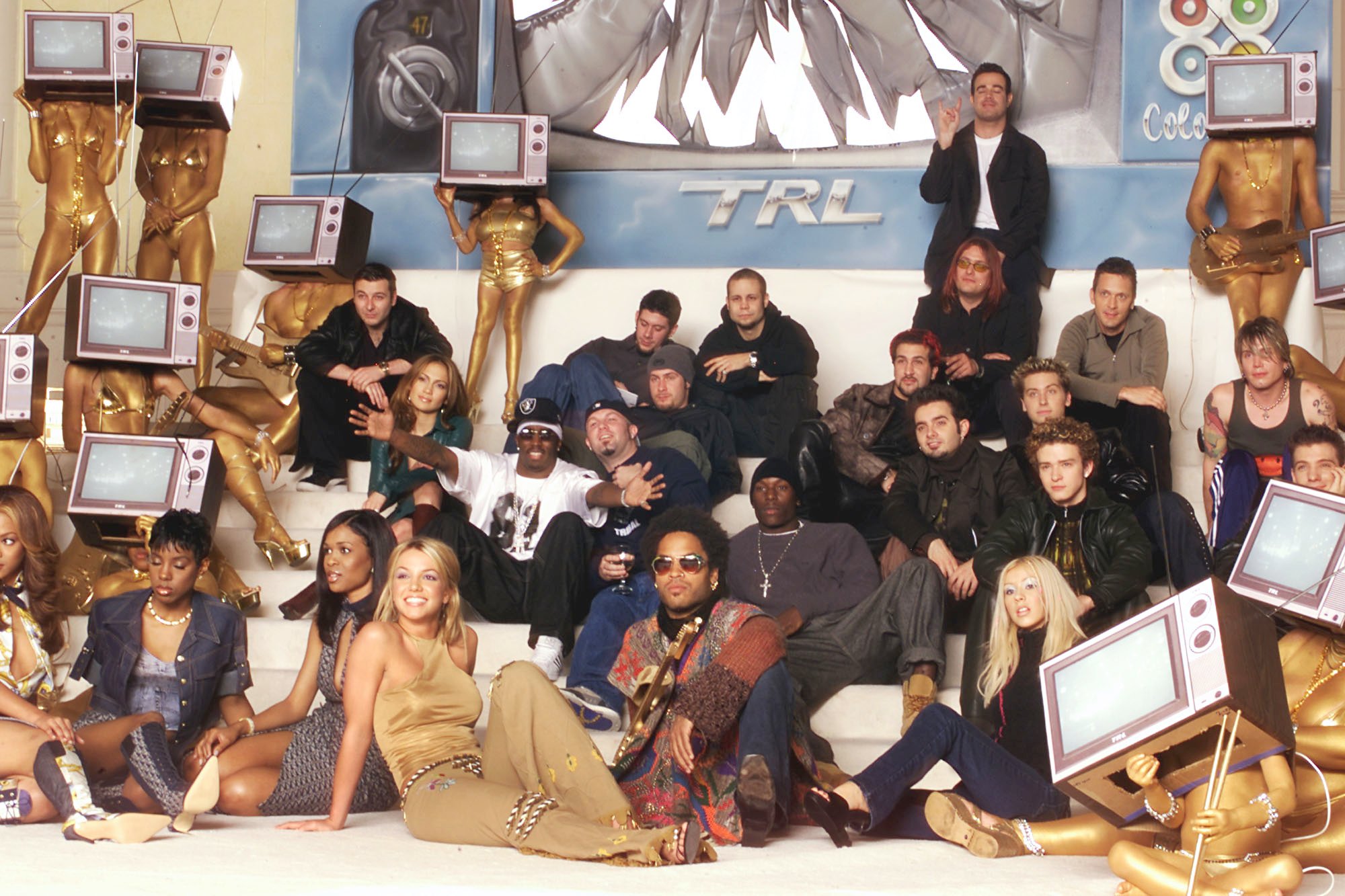 In 1997, on the way to California to record their first album with a new producer, Limp Bizkit narrowly avoided death after wrecking their van. As a result of this harrowing experience, Durst made amends with Borland, and he rejoined the group. 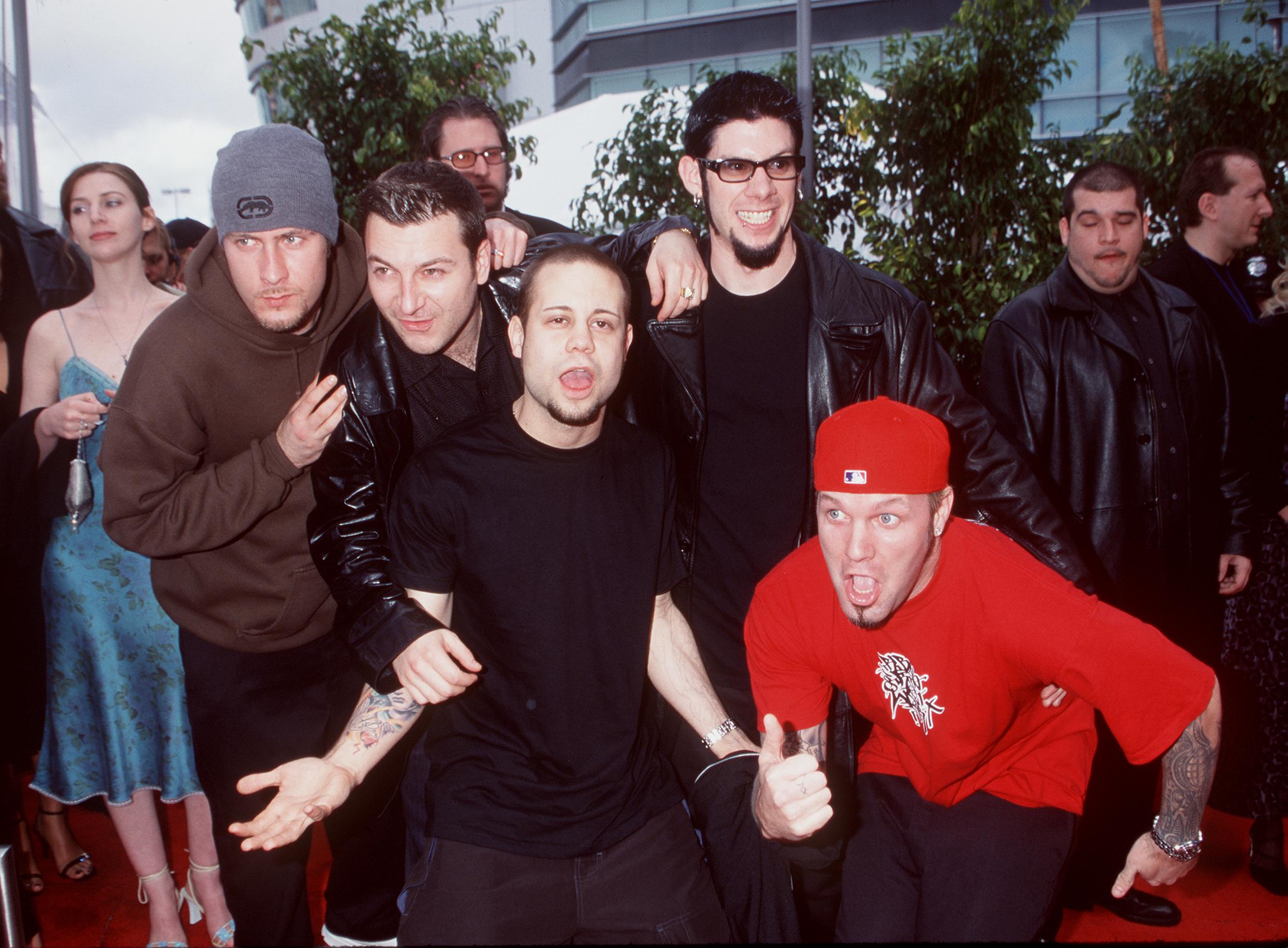 Limp Bizkit have been nominated for three Grammy awards.

Love it or hate it

Despite their commercial success, Limp Bizkit are famed for their love-it-or-hate-it reception. Over the years, Limp Bizkit have become a byword for futile teen angst and rage, with one NME cover asking of Durst, ‘Is this the most hated man in rock?’ It may surprise you to learn that Durst has also dipped his toes into a completely different musical style. He began penning tunes for Britney Spears in 2002, and has even claimed he entered a short-lived relationship with the pop star. Britney, however, has denied any romantic involvement with Durst.

Another famous name linked to Fred Durst is Eminem. After they toured together and built a friendship, Eminem penned a diss track about Durst entitled Girls. However, Durst has cast aside any rumours of tension with Eminem, stating: “I’m a friend of his, and when he throws me in the mix, I’m not offended. It’s so over-the-top, I know that people aren’t going to think this is true.” Despite his rock-and-roll lifestyle, Durst is still looking fresh, as you can see from one of his recent selfies. “What, a mirror?” this recent Instagram snap was captioned: “…oh, top o the morning to ya.” 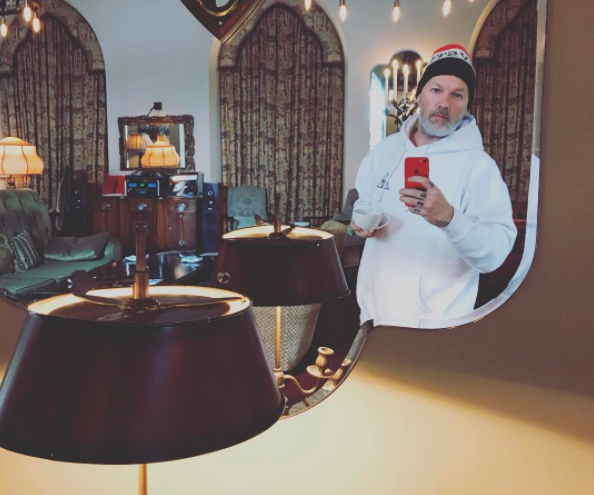 “I’ve noticed there’s no corn-hole here. I was really looking forward to a healthy match. Maybe they have backgammon,” Durst also wrote.

He appears to have uploaded the pic right from the Chateau Marmont.

A ‘bullied and tortured kid’

Limp Bizkit are still around today, making the band 27 years old. However, the band hasn’t released new music since 2014, when their latest single Endless Slaughter failed to enter the charts.

After an impressive two decades-plus with a career in the music business, Durst recently spoke to Flipboard about how he rose to fame through hardship. “Little did I know the band would turn into what it turned into and be a source to tap into some of the different things that happened in my life, being a bullied and tortured kid,” he said. 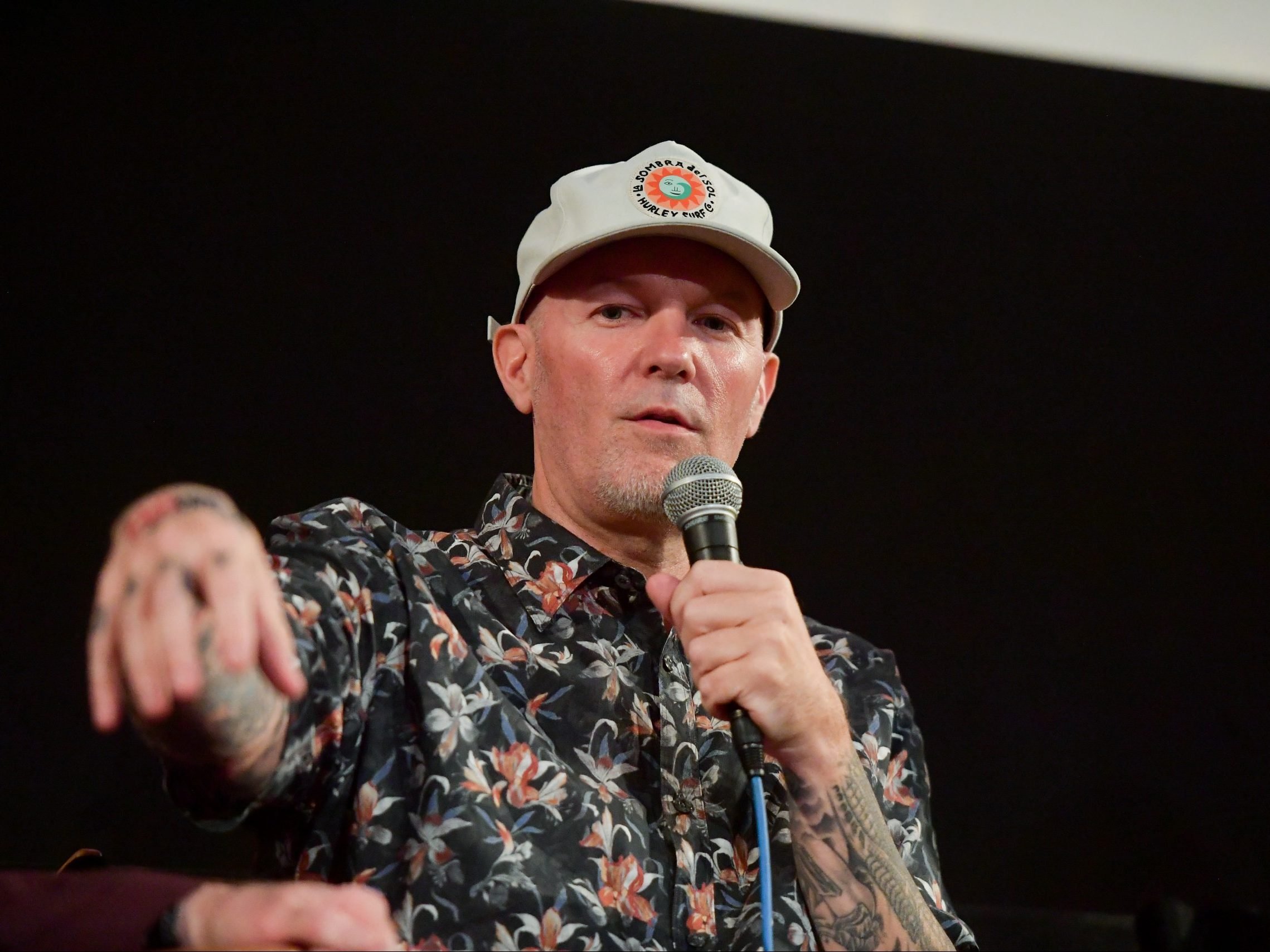 Today, Durst is father to 19-year-old Dallas and 31-year-old Adriana. He has been married three times, to Rachel Tergesen, Esther Nazarov and Kseniya Beryazina, with his most recent marriage (to Beryazina) ending in 2019.

The star’s interests don’t end with music. In recent years, Durst has directed three independent films, most famously 2019’s The Fanatic starring John Travolta. But it was at Lollapalooza Festival in 2021 that Fred Durst entered a brand new form, with a look that shocked fans. 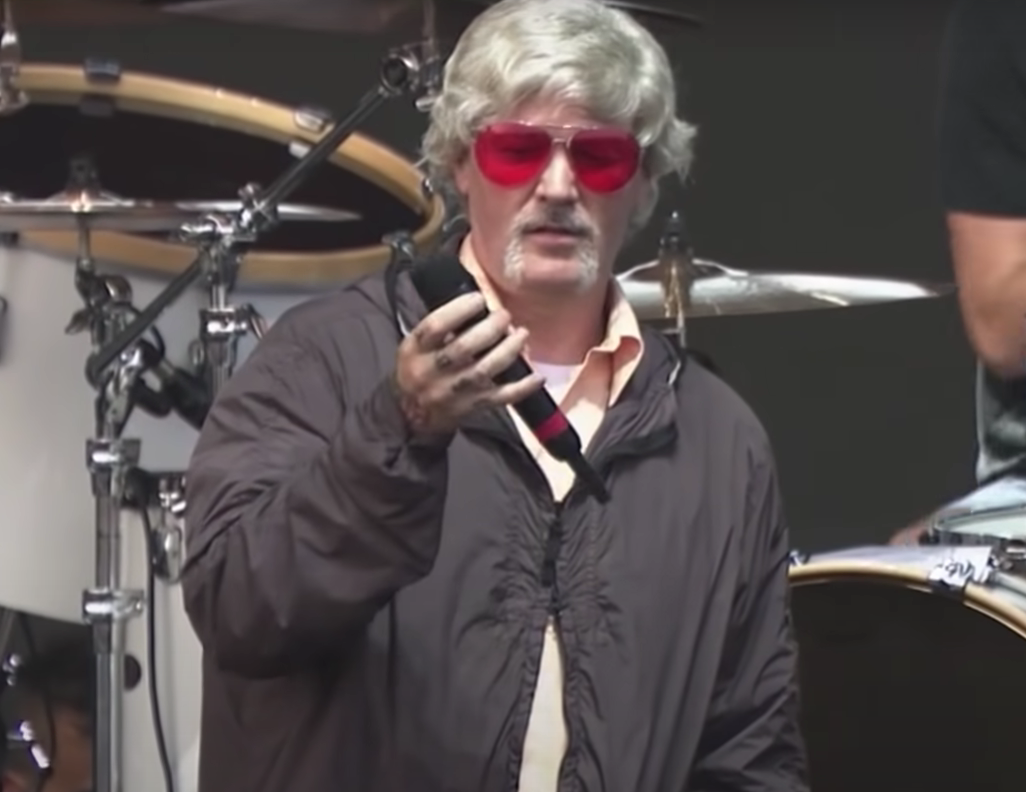 Sporting cherry-red aviator shades, a Lenny Kravitz-style handlebar moustache, and a mop of hair more reminiscent of Betty White than the snapback hip hop nu-metal mogul, Durst elevates the look with an anorak you’d buy for your grandpa when you’ve run out of gift ideas.

It just goes to show – it’s never too late to shake up your look!