Remember Catherine Bach AKA Daisy Duke? Here’s What She Looks Like Now

There were many reasons to watch the TV show The Dukes of Hazzard, but we put forward that there were two main ones. The first was to see the legendary ‘General Lee’ Dodge Charger car perform various stunts, as the Duke boys got caught up in their various escapades in and around the family farm in Hazzard County.

And the second, and perhaps the main reason to tune in, was to see the gorgeous Daisy Duke, the Duke boys’ cousin, played of course by actress Catherine Bach (née Catherine Bachman). Today, she’s been married twice, is the mother of two daughters, and has lived a life well worth chronicling, from Ohio to Georgia and beyond. Here’s everything you need to know about Catherine Bach. 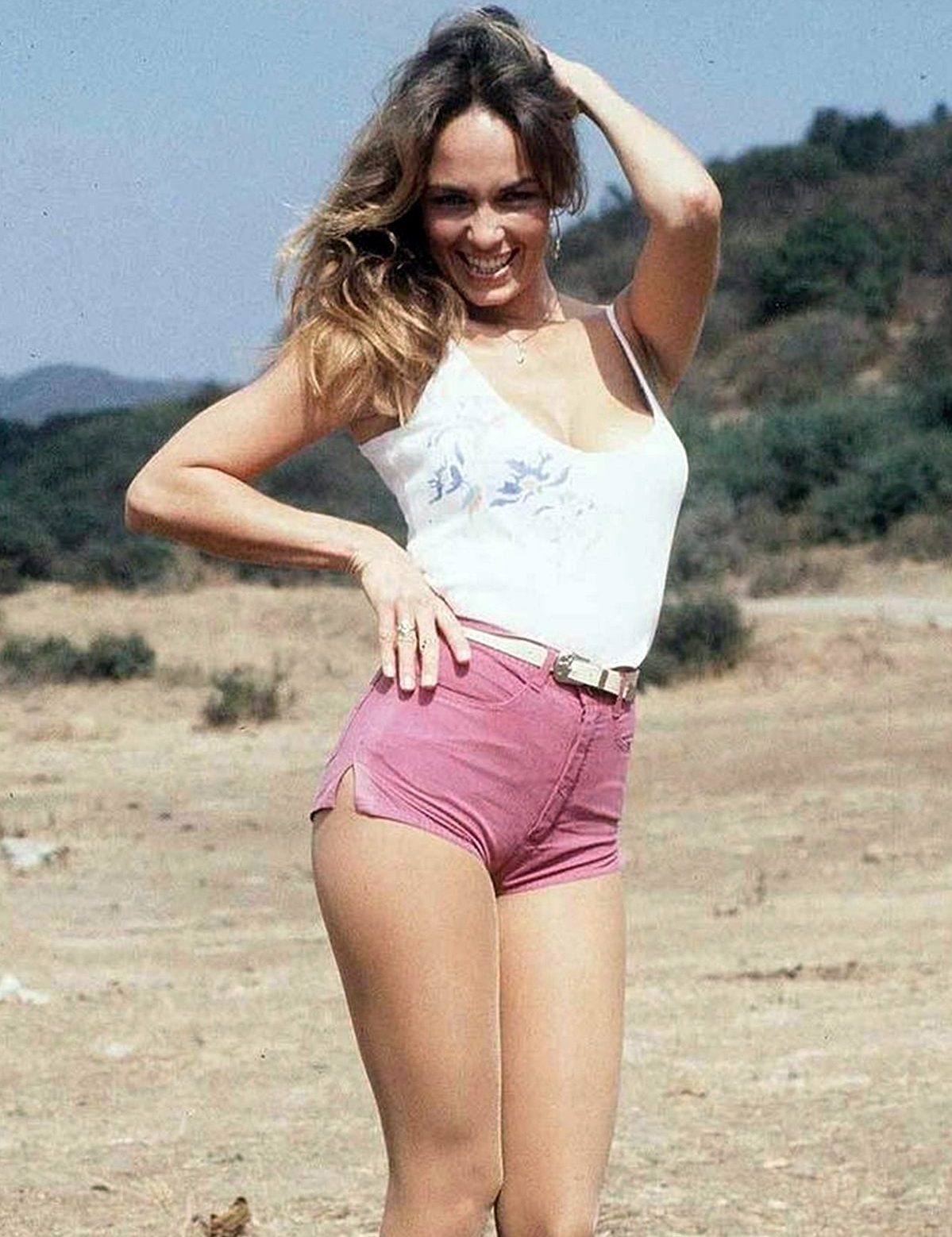 Catherine Bach is now 65 years old. She was born in Warren, Ohio as Catherine Bachman on March 1 1954, was born to a mother of Mexican descent and raised the daughter of a real-life rancher on a ranch in South Dakota. After studying Arts at UCLA (where she also made clothes for theatre groups to supplement her income), she changed her name from Bachman to Bach and made her debut as an actress in the 1973 Burt Lancaster movie The Midnight Man, in which she played the murdered co-ed Natalie.

The Midnight Man was followed soon after by a role in the 1974 crime caper film Thunderbolt and Lightfoot, where Bach starred alongside Clint Eastwood and Jeff Bridges as Melody. She followed this with 1975’s Hustle, as Peggy Summers, in which she had a small role alongside film legends Burt Reynolds and Catherine Deneuve. 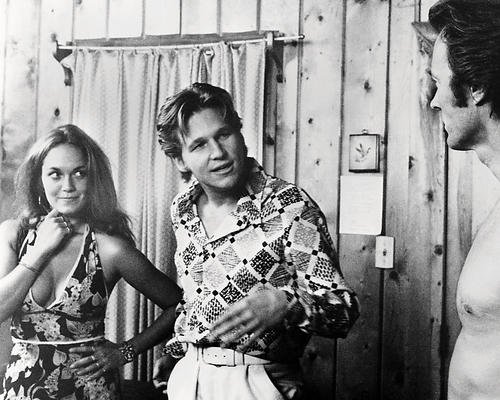 Soon after Lightfoot, Bach landed the role that would make her a global TV superstar. From husband David Shaw (whom Bach had married in 1976), Bach heard about the audition for the new CBS action-comedy The Dukes of Hazzard, which would star Tom Wopat and John Schneider as Luke and Bo Duke. While Dukes was rural-set, like Bach’s upbringing, she had to travel across the country from South Dakota for the role.

When Bach arrived at the audition, however, she found that the producers were looking for an actress who looked like Dolly Parton. Despite this potential stumbling block, the Hazzard producers recognised her star power; she was offered the part there and then. 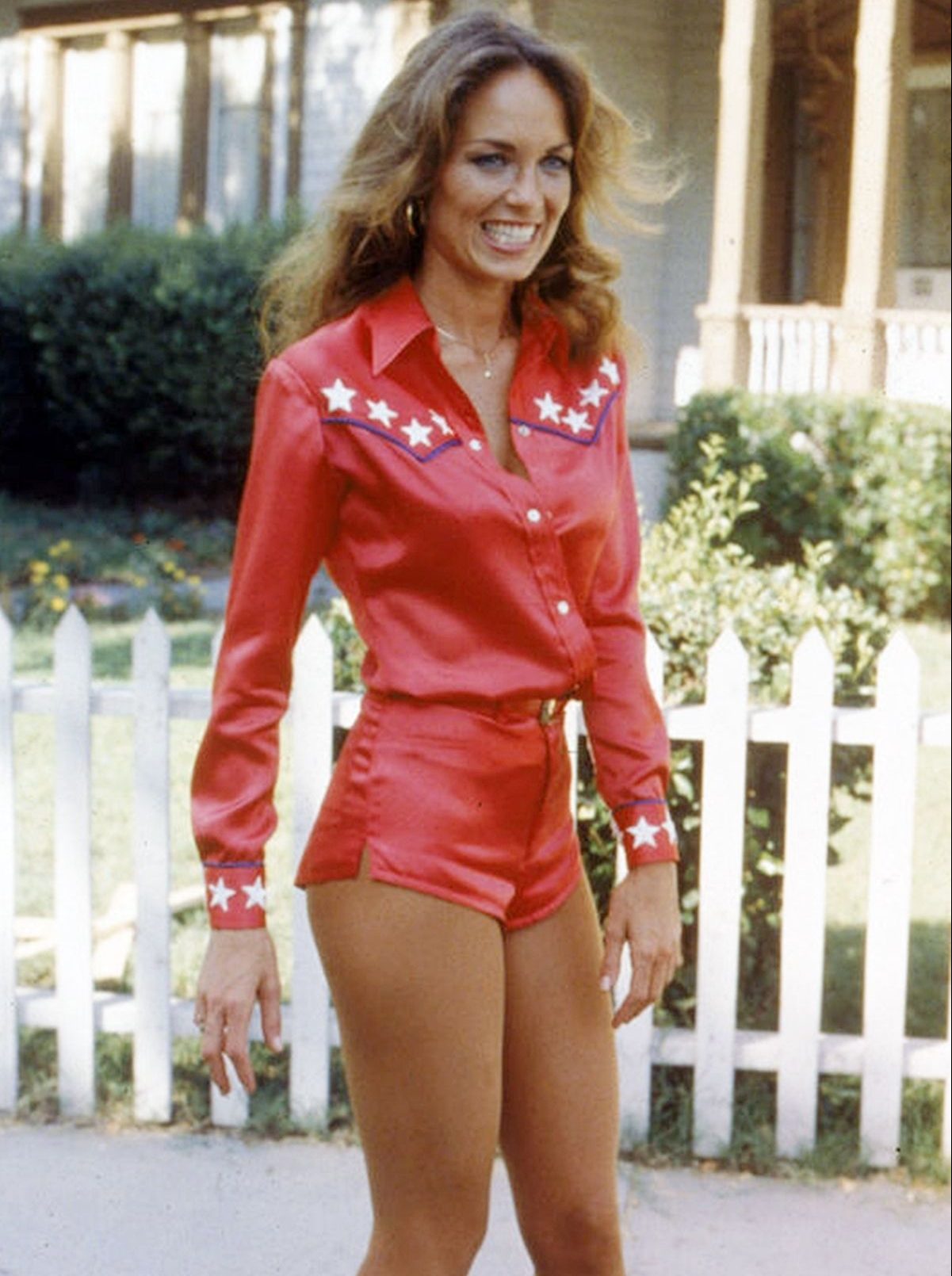 You probably remember Daisy Duke’s distinctive outfit, but what you might not know is that the look was actually Bach’s idea. The Dukes of Hazzard producers wanted Bach to wear a turtleneck with boots and a skirt for the role, but Bach didn’t think it would work, so she instead asked if she could bring along her own outfit.

The producers eventually agreed, and she started the show kitted out in her distinctive plaid shirt, cut-off denim shorts and high heels. With Bach having chosen her character’s wardrobe herself, an iconic look was born. Now that’s a personal touch! 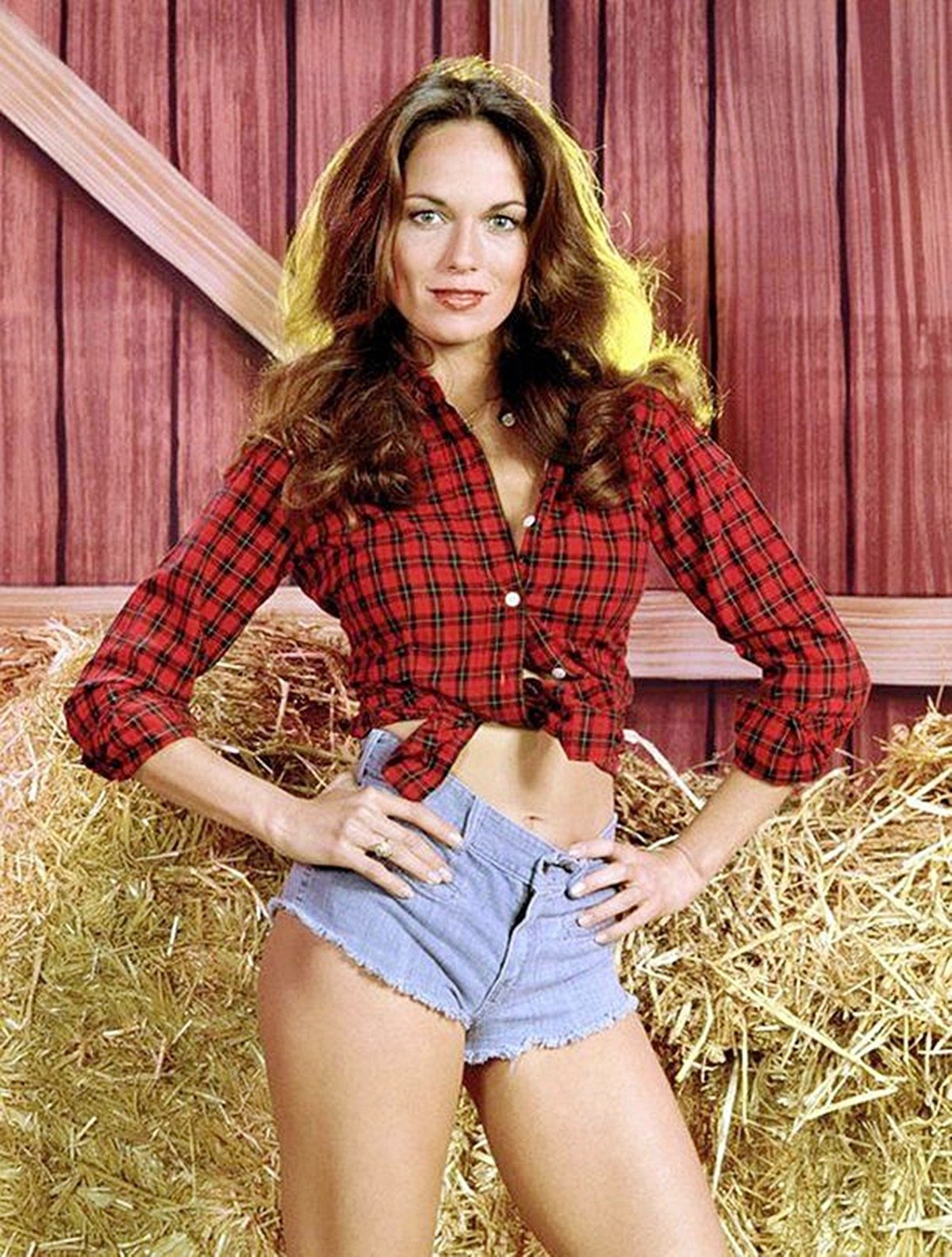 Producers later asked the actress to pose as Daisy Duke for the now legendary poster, which went on to sell a whopping 5 million copies.

During her time on The Dukes of Hazzard, Bach’s legs became so integral to the show’s popularity that they were insured for a cool 1 million dollars. She would reprise her role for the 1983 cartoon series The Dukes.

After Dukes of Hazzard: The Young and the Restless

After The Dukes of Hazzard eventually ended in 1985, Bach continued to act and off, featuring in a number of low profile films such as You Again, as well as in the TV shows African Skies and Monk (Sara Jo).

Bach would turn down an offer to cameo in the 2005 film remake of The Dukes of Hazzard, where music star Jessica Simpson would take over her role as Daisy Duke. 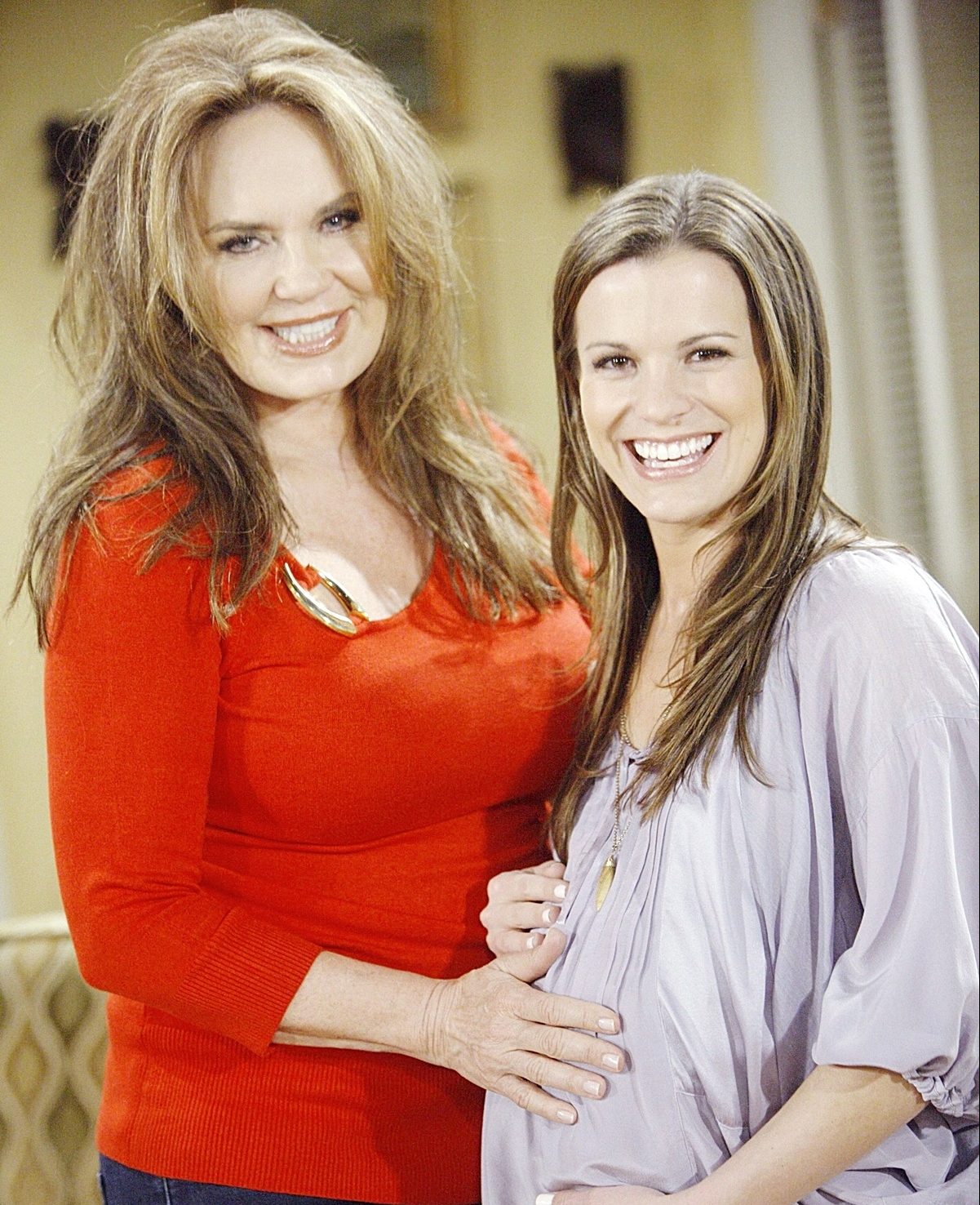 Bach got another regular gig in 2012 when she joined the CBS soap opera The Young And The Restless, a show which she still stars on to this day as Anita Lawson. While Anita Lawson never became as iconic a character as Daisy Duke, there’s no doubting that the Wisconsin-set show revitalised Bach’s career: since its premier in 1973, there have been more than 12,000 episodes! That’s not to say Bach’s career has been a consistent march towards stardom. Along the way, she starred in film flops like 1992’s Rage of Honor as Capt Murdock, motorcycle thriller Masters of Menace as the aptly named Kitty Wheeler, and 1989’s forgettable Criminal Act as Pam Weiss.

Now 68, Bach has been married twice, once to David Shaw – the stepson of star Angela Lansbury – whom she divorced in 1981 after only five years of marriage, and to lawyer Peter Lopez. Tragically, in 2010, after 20 years of marriage to Bach, Lopez was found shot dead of a suspected suicide. He is survived by the two daughters he shared with Bach, Sophia and Laura. Bach has not remarried. 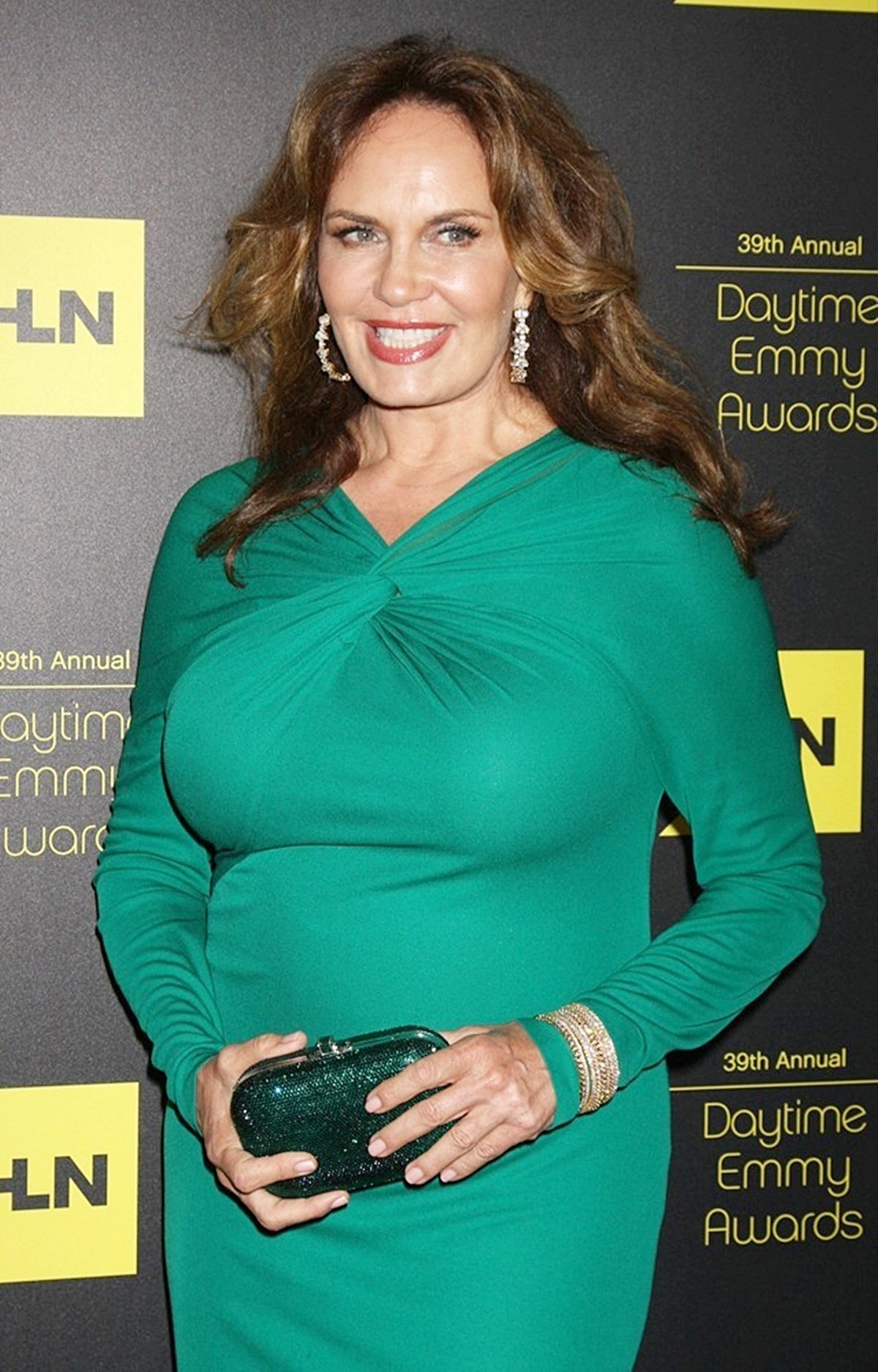 So now you know everything you need to know about an entertainment legend. It’s amazing to think that Bach starred in The Dukes of Hazzard so long ago, even if we haven’t seen her in the news for a while.

Still, everyone deserves a personal life, even when they starred in a series so close to our hearts. Wherever you are, Catherine Bach, we love you!