Remember The Cast Of The Queen’s Nose? Here They Are Now!

The Queen’s Nose is a 1995 BBC television series, it was originally adapted by Steve Attridge from the novel The Queen’s Nose written by Dick King-Smith and ran for seven series.

The novel was adapted into three television series by the BBC which were broadcast during the CBBC slot between 1995 and 1998. The stories remained faithful to the book, with the same ten wishes being granted upon rubbing the coin. The first series by Steve Attridge, directed by Carol Wiseman and edited by Sue Robinson, won the Royal Television Society 1996 award for best Children’s Drama, and the third series also by Steve Attridge winning the Indie Awards 1999 prize for Digital Cinematography.

Can you remember watching the show? I bet you’re wondering where the cast ended up! Well, in the article below we’ve brought together a list of where the main cast members of The Queen’s Nose are today.

Harmony Parker was the first owner of the Queen’s Nose.

Actress Victoria Shalet appeared on the BBC series for the first three seasons but only made a cameo in the fourth series before leaving for good in 2000. 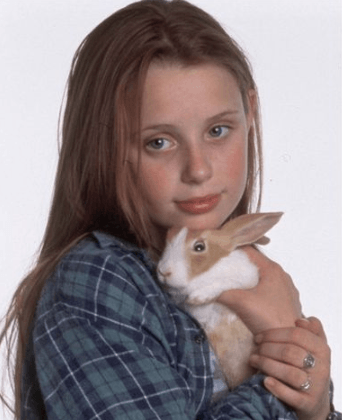 The child actress continued to pop up on British TV screens in episodes of The Bill, Midsomer Murders and Jonathan Creek. Shalet also provided voiceover work for several adverts before deciding that acting wasn’t for her.

In 2012, Shalet pursued a career in psychotherapy and trained to become a counsellor. She once explained the decision in an interview: “From the age of 6 I was acting, but I got to my early 20s and realised my heart just wasn’t in it.” 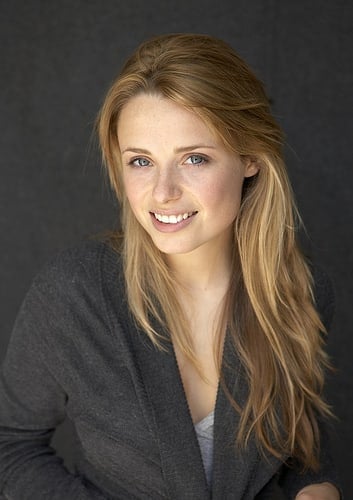 “Then I had some therapy myself and it really did make me re-evaluate what I wanted from life. I did a foundation year in counselling and knew I wanted to take it further. The crunch came when I was accepted onto a training course that would qualify me to be a therapist. On the same day I got a call back from an audition to be a regular in Holby City.

“When I didn’t get the part I saw it as a sign that I had to give up acting altogether to do the 3-year course. I had to make a choice and I’ve never regretted it.”

She is married to actor Adam James and they have one child together.

Stephen Moore played Arthur Parker, the patriarchal head of the family in The Queen’s Nose.

Before joining the cast, Moore had already been on British TV screens since the mid 70s in programmes such as Rock Follies and The Last Place On Earth. He left The Queen’s Nose after the fifth series and went on to star in Mersey Beat shortly afterwards. 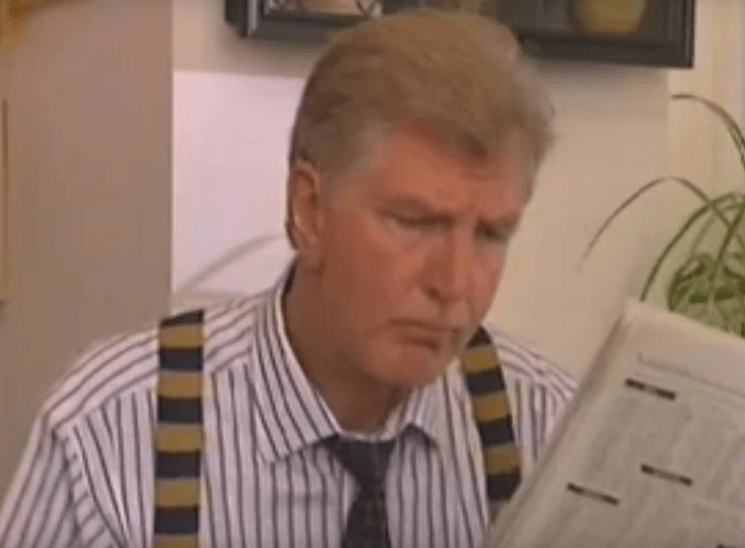 Moore has also made appearances in the likes of Foyle’s War, Doctor Who and Holby City.

The actor has been rather busy when it comes to his personal life too. 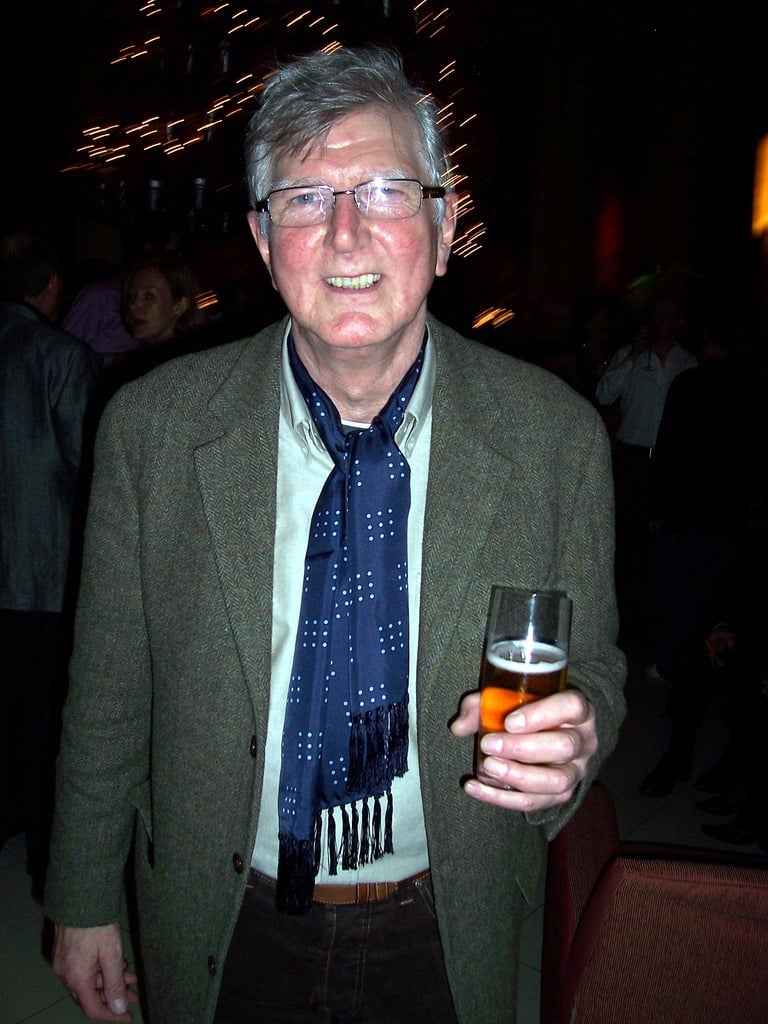 Moore has been married four times and is the father of former EastEnders and Family Affairs actress Robyn Moore (who played Shirley Benson).

He is now 81 years old and has retired from acting for good.

Gregory was one of the supporting cast members in The Queen’s Nose.

He featured on-and-off throughout all six series of the programme – so what has actor Callum Dixon been up to since then? 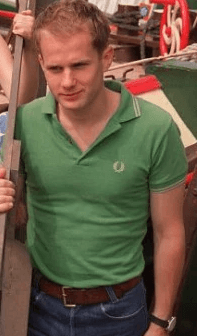 Dixon is now an accomplished stage actor and has starred in several plays over the years – his most recent performance was in The Government Inspector at the Young Vic opposite Julian Barratt.

Dixon hasn’t shied away from TV work completely though – he appeared in an episode of Father Brown and also had a minor recurring role in A Touch of Cloth. 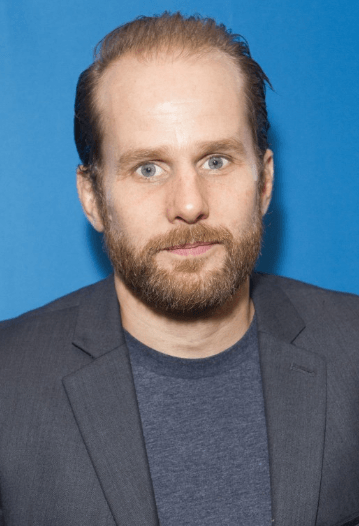 Dixon has also worked in radio and film.

Melody was Harmony’s older sister and she appeared in all six series of The Queen’s Nose.

Melody wanted to be a singer and the actress Heather Jay-Jones once performed as Parker on Top of the Pops! Jay-Jones is the only singer in the history of the TV chart show to have performed live without a record deal. 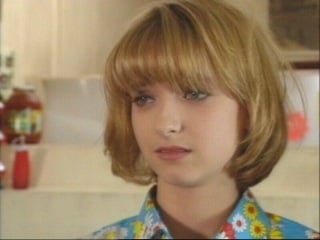 Jay-Jones had a few appearances in the likes of The Bill and London’s Burning, but she gave up TV acting in 2002 after filming on The Queen’s Nose ended.

However, she hasn’t ventured too from her original career – Jay-Jones went on to work at the Sylvia Young Theatre School, whose past students include Billie Piper and Rita Ora. 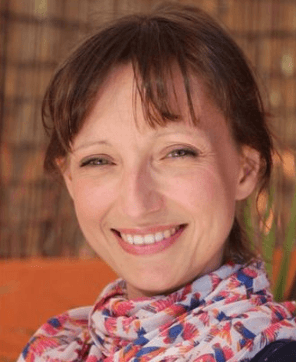 The actress married in 2009 and now goes by the name of Heather Geraghty.

She has three children and currently works as a primary school teacher.

Some fans of the series might not remember Jake…

After the show’s peak, The Queen’s Nose entered a seventh (and final) series in 2003, with Jake becoming the last owner of the magical coin. 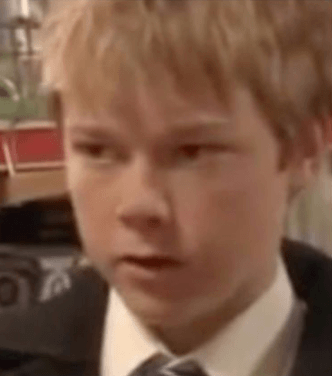 Actor Jordan Metcalfe found widespread fame on the Nickelodeon channel three years later, when he played the role of Adil the Gene in Genie in the House.

Metcalfe has successfully transitioned from a child actor to fully-fledged pro with appearances in Misfits and the Tommy Cooper TV movie Not Like That, Like This. 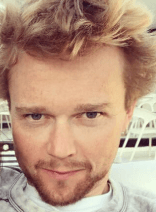 The former Queen’s Nose alum has also acted in theatre productions and even appeared in a recent film.

Metcalfe had a supporting role in the 2014 movie Pride.

Old Uncle Ginger was the one who gave Melody the magic 50p in the first place.

And he was played by Donald Sumpter, who is arguably the most successful actor to appear in the children’s favourite. 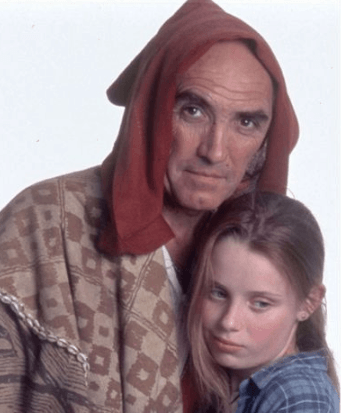 He’s a veteran actor who started his career in the 1960s, and since leaving The Queen’s Nose in 2000 Sumpter went on to appear in well-known films including The Constant Gardener, Eastern Promises and The Girl with the Dragon Tattoo.

However, today’s generation probably know him best as kindly Maester Luwin – the character from Game of Thrones who had to stand by and watch as Theon Greyjoy took over Winterfell and betrayed the Starks. 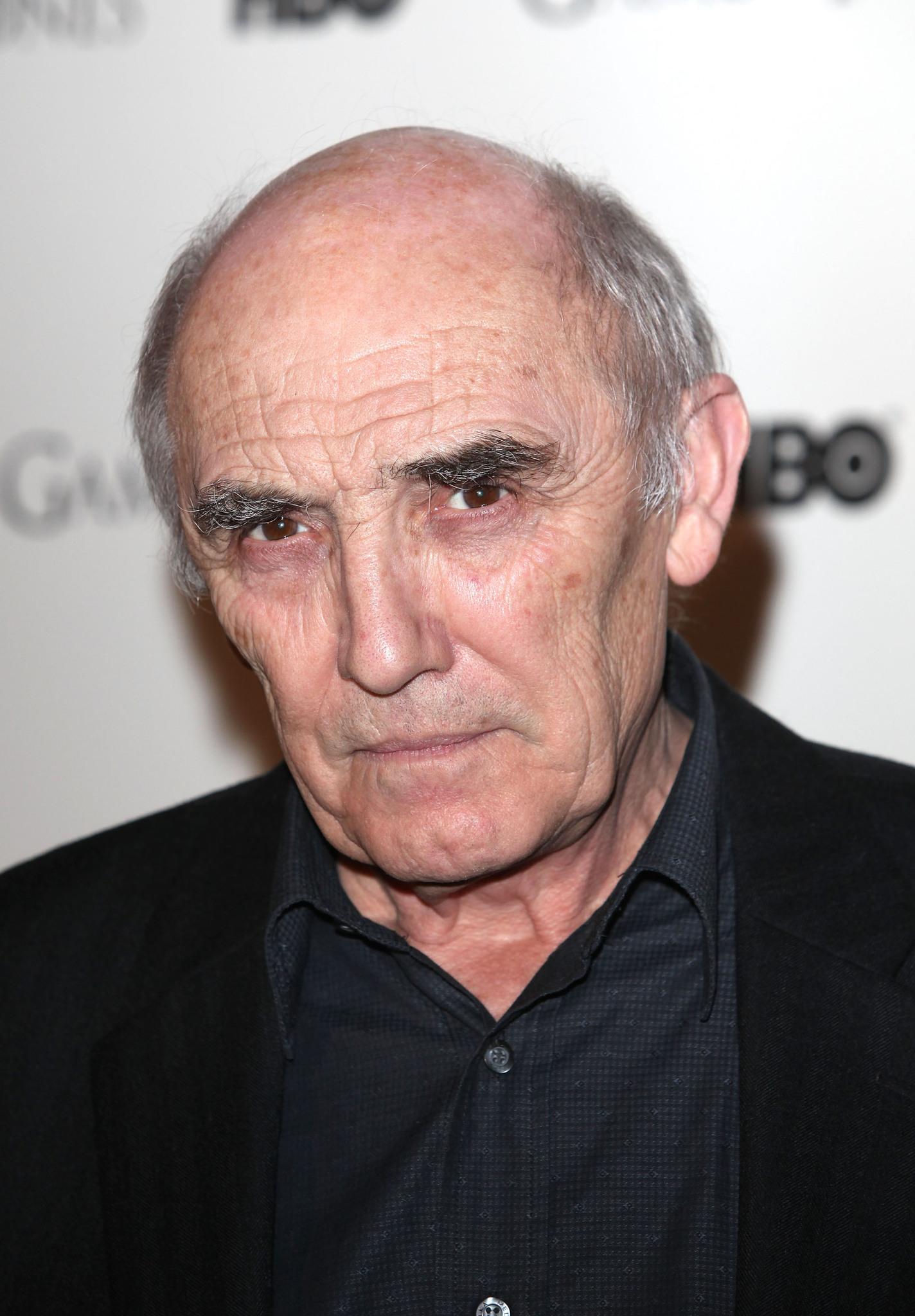 Sumpter’s most prominent recurring TV roles include performances in Being Human, The Mill and Jekyll and Hyde.

He’s also appeared in a number of popular sci-fi and fantasy programmes such as Doctor Who and Merlin. Sumpter is now 75 years old and doesn’t seem to be showing any signs of slowing down. Nice!

Audrey Parker was brought to life by actress Paula Wilcox.

Wilcox was famous for projects such as Man About The House and Blue Heaven before she stepped into the role of the Parker matriarch on The Queen’s Nose. 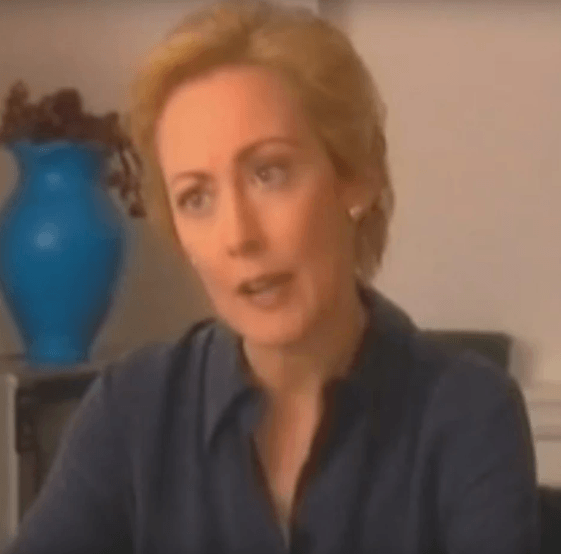 Wilcox appeared in five series and left in 2001 to pursue other TV work.

She has turned up in several popular series including Footballers’ Wives, The SmokingRoom and Mount Pleasant. 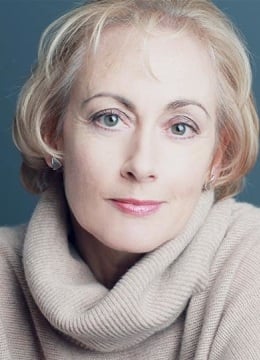 She continues to find regular TV work at the age of 69, including appearances in Girlfriends last year. 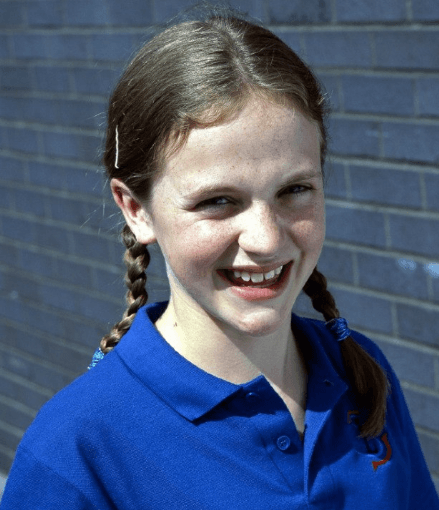 That same year, she turned up in none other than Pirates of the Caribbean: The Curse of the Black Pearl as a young Bella Swan. Wow!

Dryzek has pursued a full-time career in acting and successfully transitioned in an adult career with appearances in Doctor Who and Midsomer Murders, among many others. 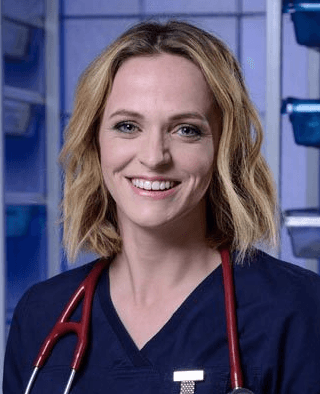 In 2016, Dryzek joined Holby City as a series regular, playing the character of Jasmine Burrows.

She eventually left in June 2017. Dryzek is still only 27 years old and looks as though she has a promising acting career ahead of her.

Welsh actress Nerys Hughes was primarily known for her role in The Liver Birds.

But she did turn up in The Queen’s Nose as Aunt Glenda. 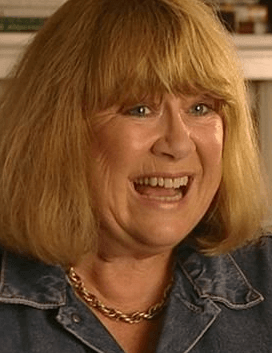 After her time on the BBC series, Hughes seemed to wind down her acting career.

Since then she appeared on the show All Star Mr and Mrs. 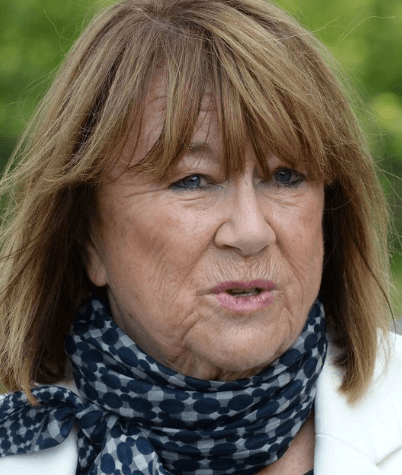 She also starred in a 2008 episode of Torchwood but seems to have retired from acting now.

Melody’s ‘glamorous’ showbiz agent was played by none other than Paul Danan in The Queen’s Nose! 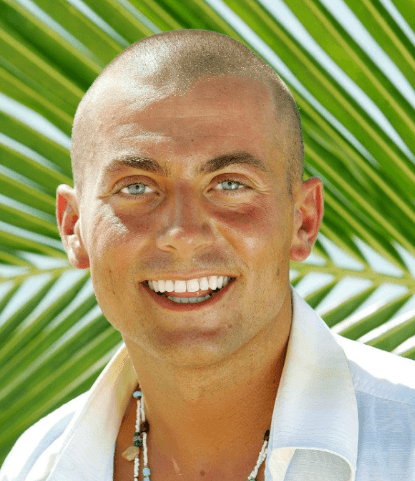 Since the show, he has gone on to run the Paul Danan Drama Club and in 2015, he and his partner had a baby son named him DeNiro Danan. Oh dear. 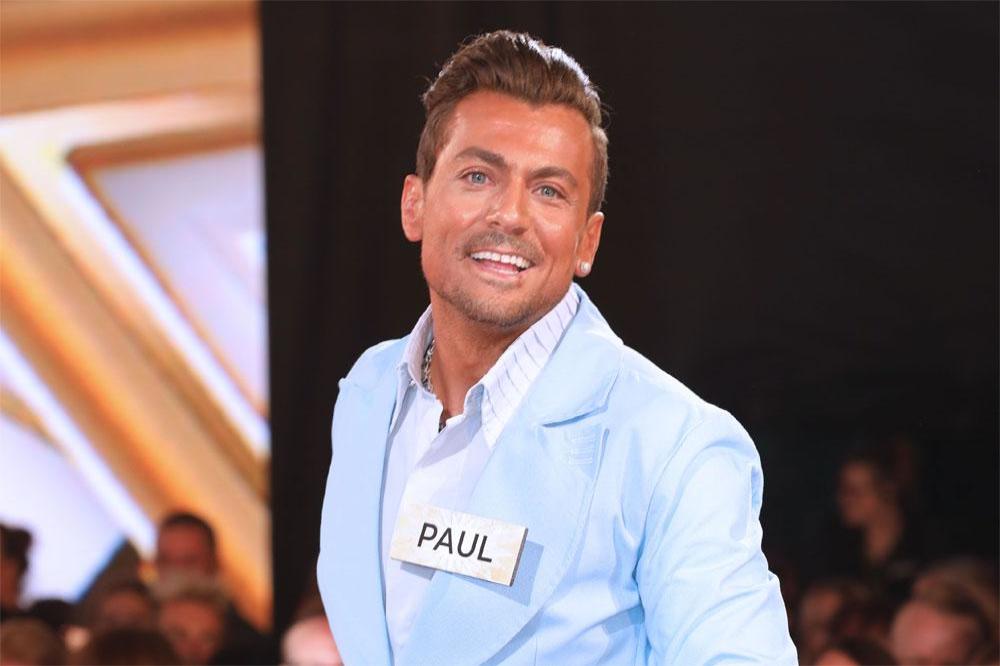 He competed in Celebrity Big Brother in 2017 and was the fifth evictee.

Do you remember all of these characters from The Queen’s Nose? Let us know in the comments section!