Gremlins, directed by Joe Dante and first released in 1984, tells the story of a young man, Billy (Zach Galligan), who is gifted a strange creature known as a mogwai for Christmas. Initially pleased with his new pet, things soon take a dark turn when Billy (accidentally) fails to follow the strict care instructions.

What ensues is a mix of heartwarming adventure, mogwai mayhem and a number of ever-so-slightly disturbing murder scenes. And if you didn’t want your very own pet mogwai after watching Gremlins then, quite frankly, you are lying. Who wouldn’t want a tiny, murderous ball of fluff for a pet, after all? Here’s why the Christmas-set comedy-horror is actually the most heartwarming festive movie of them all. 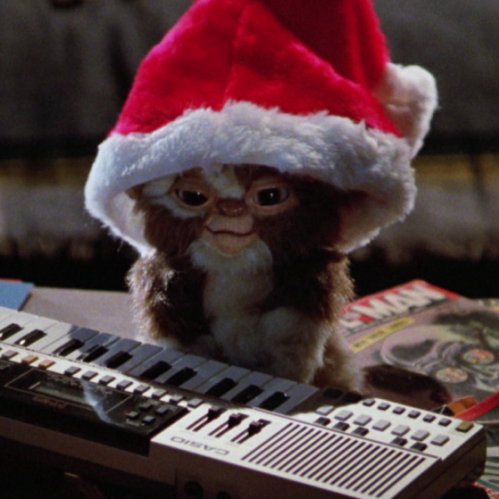 Here at Eighties Kids, we are of the firm belief that it is impossible to watch Gremlins and not fall head over heels in love with the original mogwai himself, Gizmo.

Mogwai is actually a Cantonese word, meaning ‘devil’ or ‘gremlin’, hence the film’s title. However, Gizmo himself does not have any demonic tendencies (he merely spawns demonic incarnations of himself, that’s all). 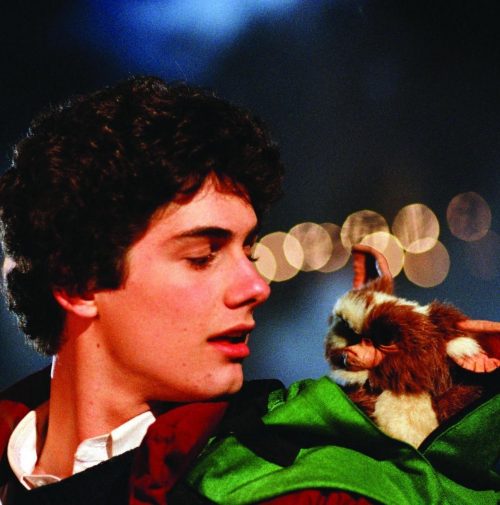 There were no lines in the script for the gremlin creatures (including Gizmo), but this didn’t stop the production team from making their voices heard, albeit in a pretty much nonsensical manner.

Whilst the other mogwais are largely limited to making muffled demonic noises, Gizmo can be heard uttering the odd phrase, such as ‘uh oh’, ‘woof woof’ and ‘bright light’. His squeaky, childlike tone only adds to the effect. In a bizarre move, despite Gizmo clearly being able to communicate, Billy asks Mr Wings what he is saying when he comes to retrieve Gizmo from the Peltzers.

8. It’s about a father’s dedication to his son 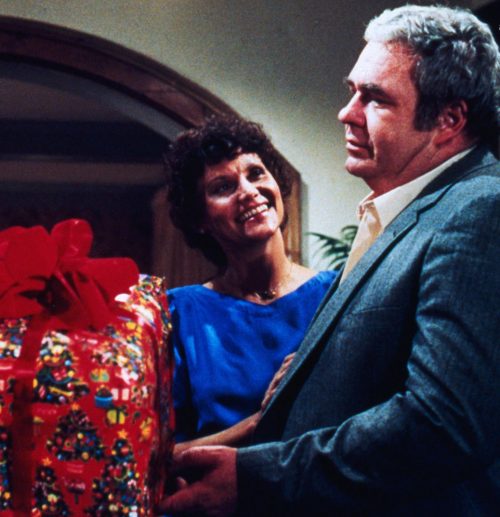 Nothing can compare to the sheer disappointment one feels when you wake up on Christmas morning and your parents didn’t buy you the puppy/pony/kitten [insert sought-after animal here] you oh-so-politely asked for.

Randall Peltzer, however, was determined to not let his son down. Yes, he might be incredibly poor as the result of being a failed inventor. But who lets a little thing such as poverty hold him back from creating the Christmas of Billy’s dreams?

7. It’s a story about how money isn’t everything 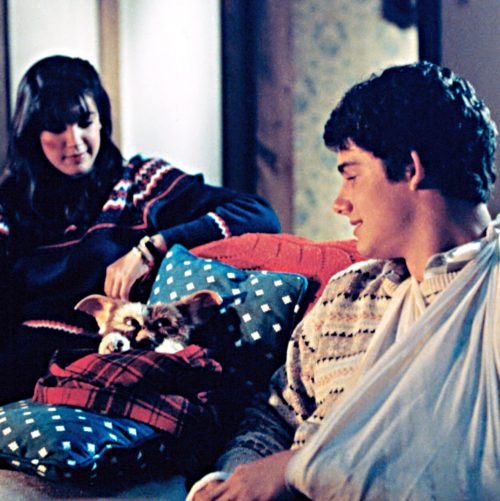 The Peltzers are a family of four (including Barney the dog) surviving on Billy’s wages alone. Just how do they manage? Randall is clearly not providing for the family seeing as his days consist of inventing new and somewhat useless kitchen appliances (and yet he still manages to fork out for an exotic creature from an antique shop).

Clearly they’re not the only family in town to have money issues either. At the beginning of the film we see a mother with her children begging the incorrigible Mrs. Deagle for mercy over paying rent, a request which Deagle promptly refuses. Despite the hardship, the town is alive with festive cheer and the Peltzers in particular are determined to have a happy family Christmas. 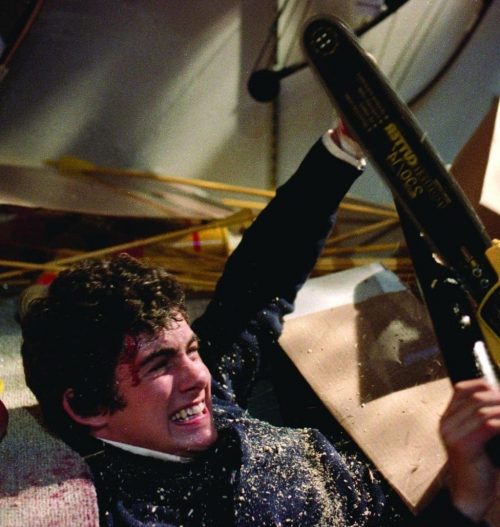 Billy may be singlehandedly supporting his family, but he clearly hasn’t managed to get the hang of adulthood quite yet. Although Billy is in his late teens/early 20s (his exact age is never disclosed), he clearly lacks emotional maturity. Take for example the fact that his best friend is a 13-year-old boy.

Billy is so sweetly naive that during his fight with Stripe, the gremlin hijacks the system and broadcasts his face onto all the TVs in the store, at which point Billy inexplicably launches into a full-scale attack on one of the TVs, mistaking it for Stripe’s actual face. An easy mistake to make, hey Billy…

5. Mrs Peltzer’s loyalty to her husband 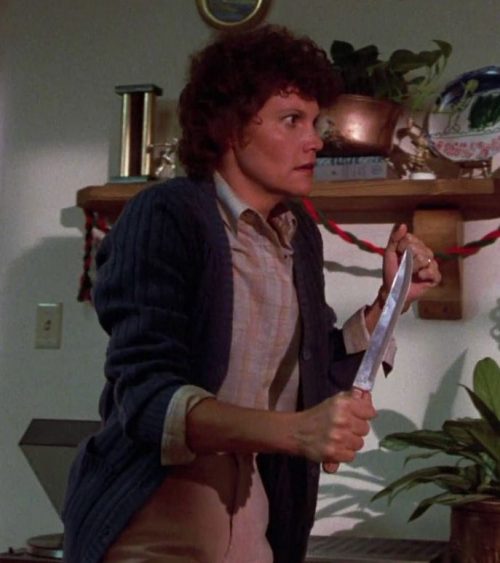 Sure, Mr Peltzer may be somewhat of a bumbling baboon, but his wife’s dedication to him is undying. Despite his apparent lack of talent, Mrs P encourages her husband’s every endeavour, from the seemingly pointless egg rotation unit to a lidless blender (common sense, people).

Not only does Mrs Peltzer support her husband’s somewhat bizarre inventions, but she humours him by actively using them. Sure, it might be easier to grab a cup of instant, but she uses the sludge-producing coffee machine in order to bolster her husband’s self-esteem. Her love for him is pure, completely encompassing the true spirit of Christmas.

4. It features a baby-faced Corey Feldman 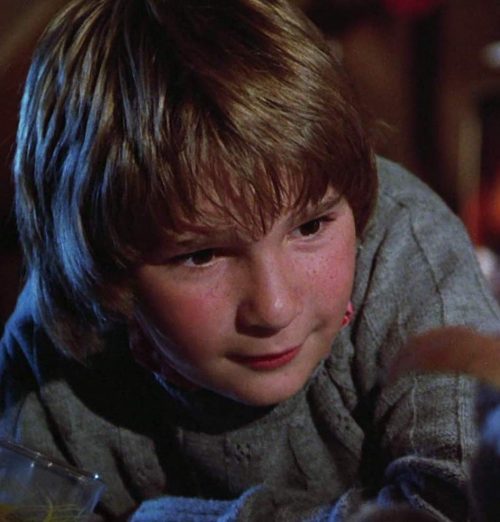 Feldman may have since morphed into somebody else entirely, but back in the day, he was actually pretty cute.

Just 13 at the time of filming, Feldman’s character injects a much-needed sense of light relief and is the perfect sidekick to the more serious Billy.

3. It inspired a real-life love story 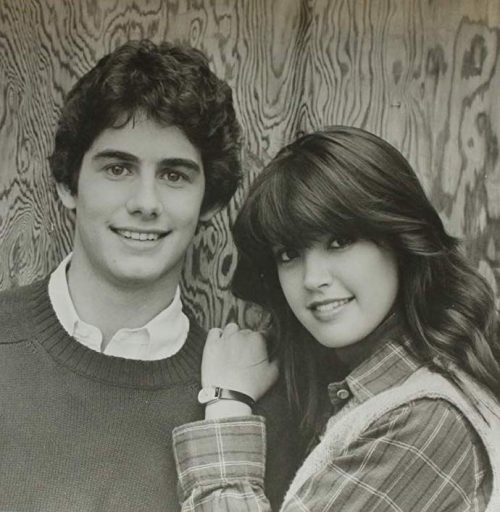 Zach Galligan, who played Billy, was relatively unknown before he got his big break starring in Gremlins. Spielberg was adamant that Galligan was perfect for the role, claiming that he saw chemistry between him and co-star Phoebe Cates during the initial audition stages.

Galligan later admitted he had a “huge crush” on Cates, with Steven Spielberg saying “Look at that! He’s already in love with her!” at their joint audition. Unfortunately, Galligan missed his chance – Cates soon settled down with fellow actor Kevin Kline – but during their time together, Galligan found Cates “utterly gorgeous and dreamy.”

2. It was supposed to star monkeys as the gremlins 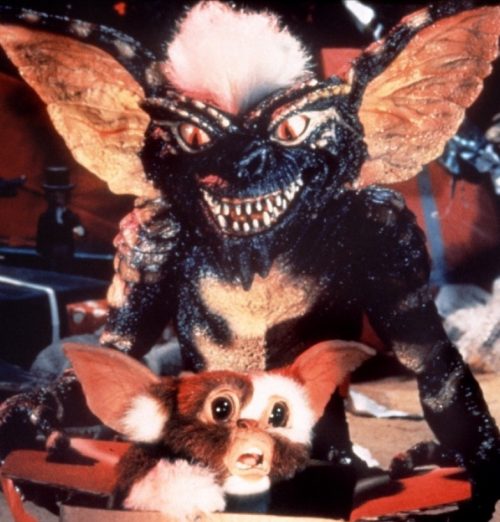 If you thought the mogwai were cute, you’ll be overcome with adoration at the thought of the gremlins being played by actual real-life monkeys. And not just any monkeys. No, these were spider monkeys. Which are incredibly cute.

However, this idea didn’t quite go to plan. The monkeys weren’t exactly thrilled with the gremlin masks that were placed over their heads (wonder why?), and the idea was promptly placed on the scrap heap.

1. There are references to E.T. through the film 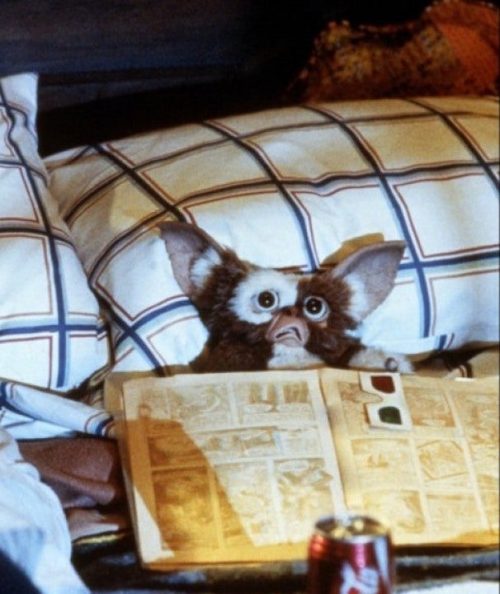 E.T. might not be quite as high on the adorable scale as Gizmo, but he is still pretty darn cute. Both E.T. and Gremlins are produced by Steven Spielberg, so it should come as little surprise that there are several references throughout the film.

They were not subtle references, either. At the beginning of the movie, one of the movies shown on the marquee is ‘A Boy’s Life’. This was the fake name under which E.T. was delivered to theatres in order to dissuade any potential peeking. Furthermore, one of the Gremlins actually says the line ‘phone home’, and eagle-eyed viewers might just have spotted a stuffed E.T. toy.