8 Reasons Why Christmas Was Better During The 1980s

Christmas is a time of fun and celebration, a time when we throw off the shackles of everyday life and relax into an abundance of delicious food and thoughtful gifts alongside our nearest and dearest. And whilst the Christmas spirit has always been available to young and old alike, we’re going to stick our festive necks out by offering a view that the season of goodwill was even more jolly during the 1980s.

It was a decade during which our Christmas shopping was done in actual shops and all of our festive TV shows were broadcast on just four terrestrial channels. So please join us as we dig out our foil decorations, dust off our 1987 Argos catalogue and explore 8 reasons why Christmas was so much better during the 1980s.

8. We were able to shop at Toys “R” Us and Woolworths 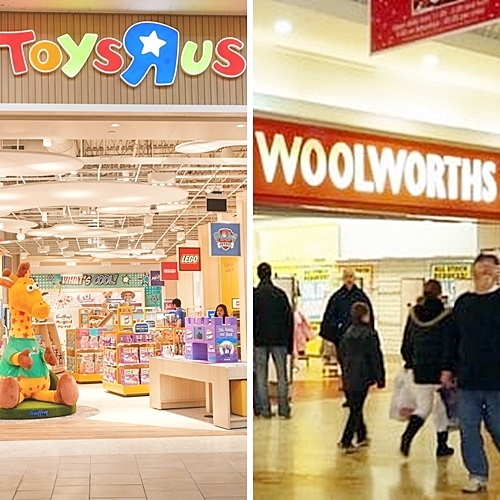 The modern age of technological innovation and social distancing means that doing Christmas shopping from the comfort of our own living room is convenient and even necessary, but we do miss the days when we accompanied our parents to our local high street as they did one hundred percent of their festive present purchasing.

Two of our very favourite 1980s high street shops – both of which are sadly no longer with us – were Toys “R” Us and Woolworths, with the former having toys piled on shelves that rose as high as our young eyes could see, and the latter having the best selection of pick and mix that we’ve ever come across.

7. Our ceiling was covered in colourful foil decorations 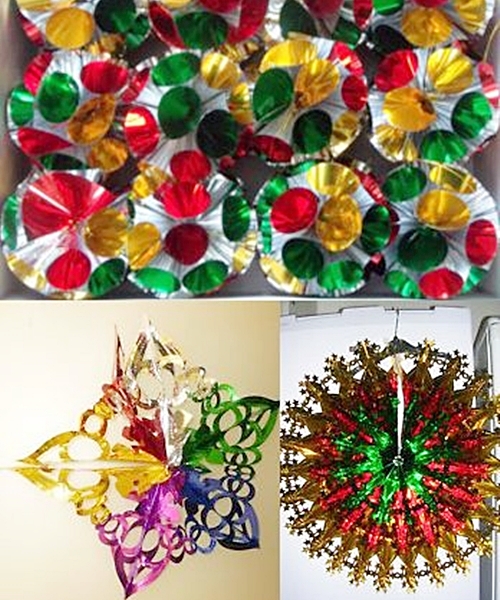 Most Christmas decorations these days are a tasteful and colour coordinated feast for the eyes, but we long for the days when we assisted our parents in putting up metres upon metres of foil monstrosities.

Often covering every single inch of our living room ceilings, these foil decorations were a multicoloured assault on the senses as well as a fire hazard, but they remind us of our 1980s child so for that reason alone we really, really miss them.

6. There were twice as many chocolates in every box 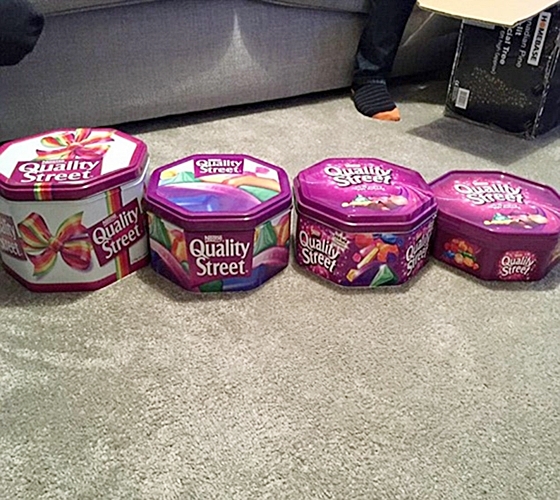 Anyone who has purchased a box of Quality Street or Cadbury’s Roses during the last decade will be well aware that shrinkflation has turned our once abundant selection of chocolates into something slightly less impressive.

And whilst we’re well aware that junk foods being shrunk to half the size is something that isn’t limited to our festive choccy collection, it does somewhat lessen the excitement of putting our hands in for a tasty lucky dip on December 25th.

5. We could spend hours looking through Argos and Index catalogues 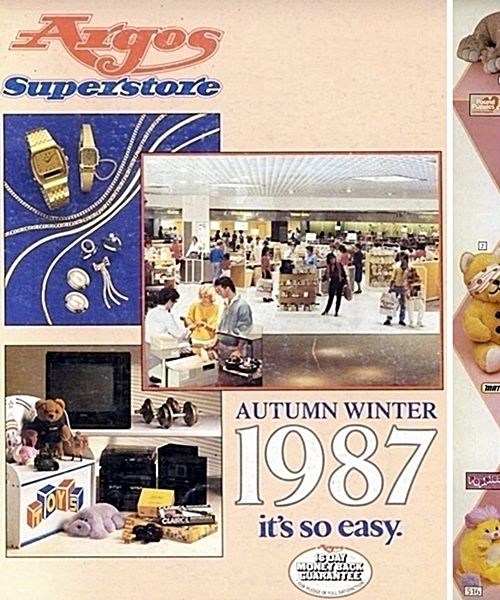 One of our favourite activities on the run up to a 1980s Christmas was writing a letter to Father Christmas, a list that always contained an unrealistically large number of expensive toys and games that we had seen within the pages of the latest Argos or Index catalogue.

They have produced more than one billion copies of their famous catalogue over five fabulous decades, but all of our Argos shopping now has to be done online, meaning that new generations will never experience that feeling of creating a Christmas present wish list by perusing its hallowed pages.

4. There were some decent programmes on terrestrial TV 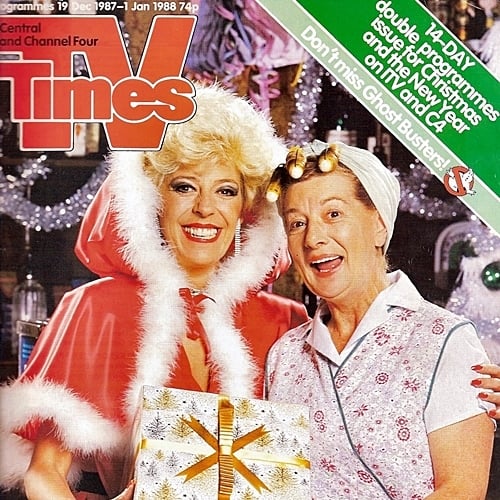 If you’ve taken a look through a Christmas TV guide this year you’ll have likely drawn the same conclusion as us, because there really is nothing of value to watch this festive season.

And whilst a certain all-encompassing health crisis has played a large part in restricting the quality of the terrestrial schedule, the poor selection of televisual offerings this year has us reminiscing about the days when we could sit down with our family to watch classic output from the likes of Only Fools and Horses, Mr Bean and Blackadder. 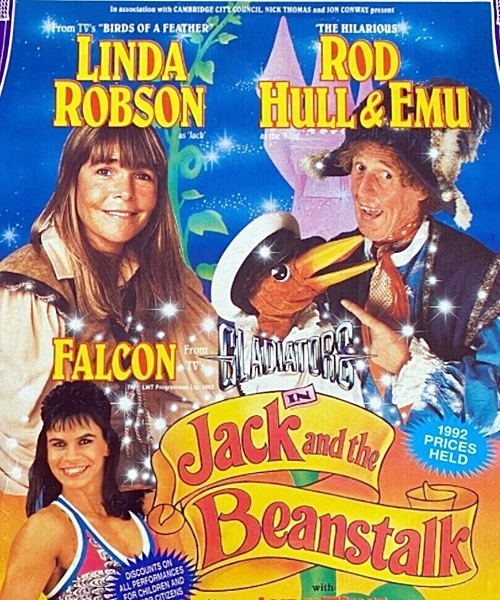 When was the last time you saw a poster for a pantomime that contained at least one celebrity that you’d actually heard of?

In contrast to the low grade reality TV stars and former soap opera actors that you see acting out Jack and the Beanstalk or Dick Whittington these days, the 1980s allowed us to go and watch genuine TV legends like Rod Hull, Emu and Grotbags. 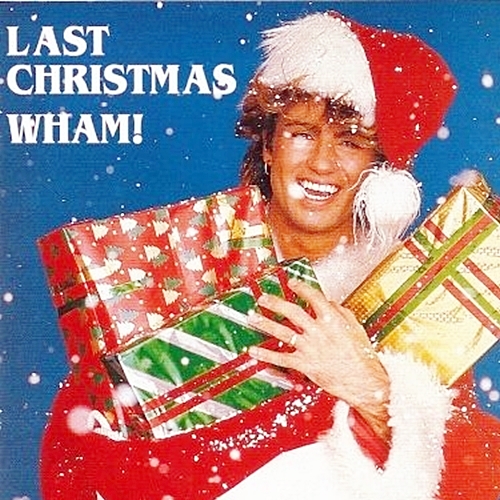 We put to you that the last great Christmas pop song was Christmas Time (Don’t Let the Bells End), a tune that was released by the rock band The Darkness nearly two decades ago.

Following on from the classic seasonal output given to us during the 1970s, the 80s offered timeless festive tunes that we still listen to every year, including Band Aid’s Do They Know it’s Christmas?, Chris Rea’s Driving Home for Christmas and The Pogues’ Fairytale of New York.

1. We were still allowed to sit on Santa’s knee 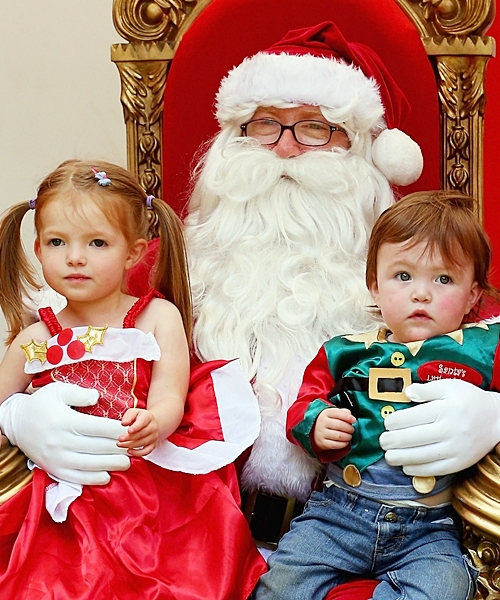 Whether it be due to overprotective parents or troublesome viruses, many children never get to experience the joy of sitting on the knee of a (one hundred percent genuine) Santa Claus as Christmas day approaches.

Whether it was during your school’s Christmas fair or at a dedicated grotto, being able to receive a present from good old Saint Nick, after he made completely sure that you had been nice rather than naughty during the last 12 months, was a genuine delight.